GET 20% OFF YOUR ORDER with code: MAKEITFUN
Skip to content
BABY SHOWERS, Gender Neutral 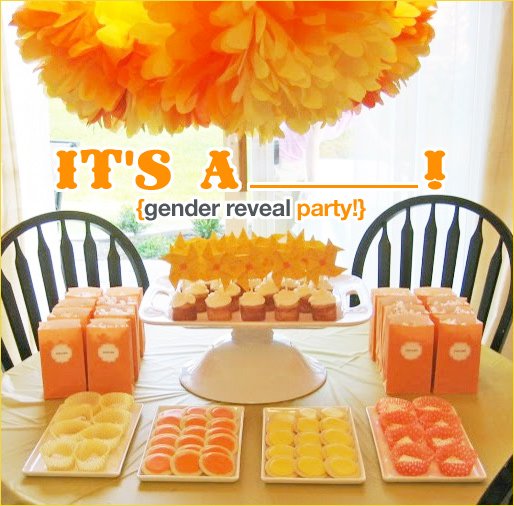 I’m so excited to share this new Real Party from Sarah {of Jack and Izzy} with you… it’s such a creative & fun way to for parents-to-be to celebrate their big news! Here are all the details, as told by Sarah…
“On Friday afternoon, Garret and I had our 20 week ultrasound, and we got to find out the sex of the baby. I was SO EXCITED! I had been counting down the days, hours, and minutes until we would know if we were having a boy or a girl! Since it was such exciting news, we had our family over for a “Gender Party” on Friday night for the big reveal. 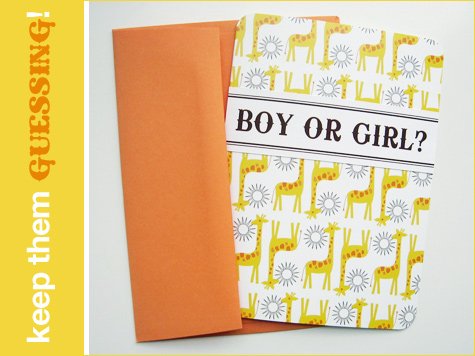 These were the invitations I sent out, and the whole inspiration for the party decorations came from this design. I searched high and low for some kind of giraffe pattern in yellow and orange. These were blank Giraffe Greeting Cards from Rock Scissor Paper, and I printed the “Boy or Girl?” strip and adhered it to the front.

The inside read, “Come be the first to know!” and it gave all the times and details. 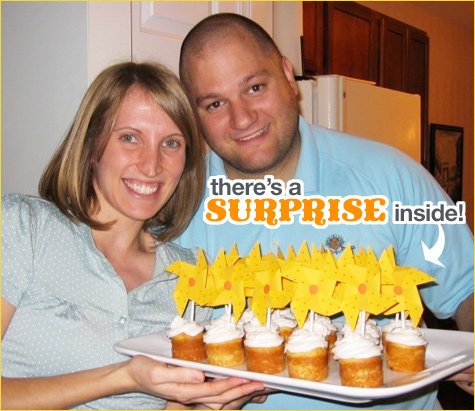 Garret and I brainstormed a fun way to actually break the news at the party, and this is what we came up with: We put a gumball in the center of each cupcake, and we let everyone bite into them on the count of three. They would either see a pink center for a girl or a blue center for a boy.

For the dessert buffet (pictured at top), I followed the giraffe theme from the invitations, and all the food and decorations were yellow and orange. 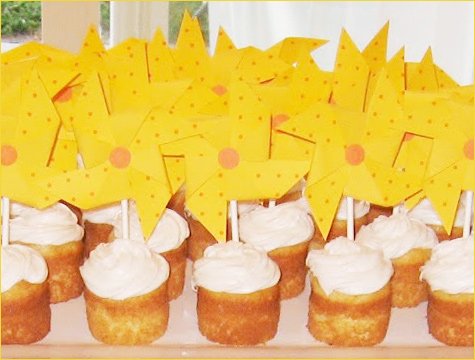 Cupcakes: I made the pinwheel cupcakes myself using card stock and lollipop sticks. Originally, my plan had been to order the pinwheel cupcake toppers from Twirlie Whirlies on Etsy, but in my procrastination, I did not leave enough time for shipping, so I ended up doing a Google search for “paper pinwheel tutorials” and I figured out how to make them on my own. 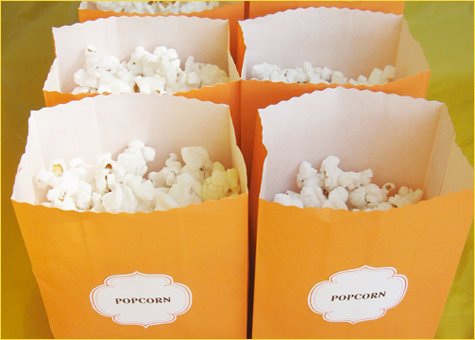 Popcorn Bags: I purchased the orange bags these at Michaels, scalloped the top of them with decorative scissors, and added a label on the front.

Sugar cookies with royal icing: I used this recipe from Martha Stewart, and they turned out quite yummy!

Lemon Bars: I got these darling cupcake liners from Cupcake Social, and I used them for my lemon bars. 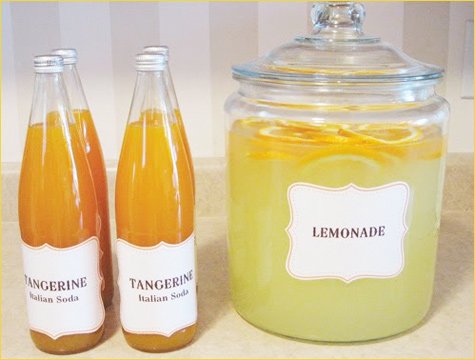 Drink Station: I bought the Tangerine Italian Soda from Whole Foods because it was orange and the bottles were so perfect, then peeled the labels off and added my own instead. I also put some orange slices into the lemonade to add a punch of color, and they gave the lemonade such a delicious taste! 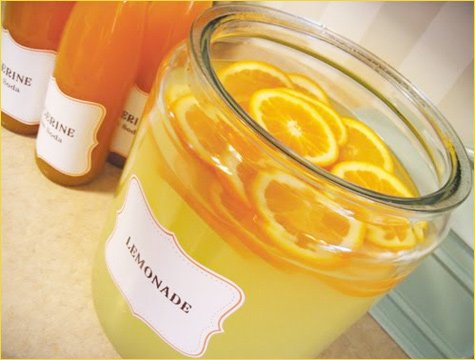 Decorations: I hung some orange and yellow tissue poms (purchased at Pom Love) from the chandelier above the table. 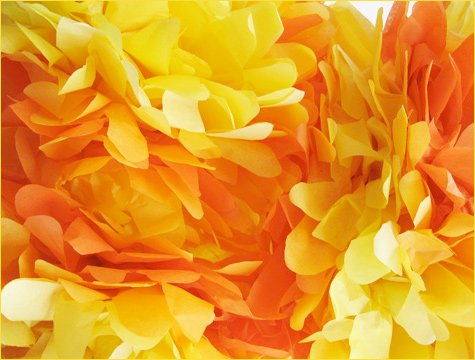 Everyone biting into their cupcakes… 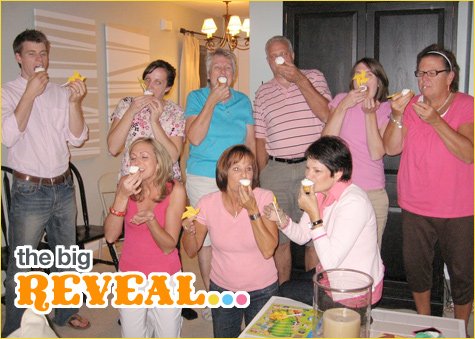 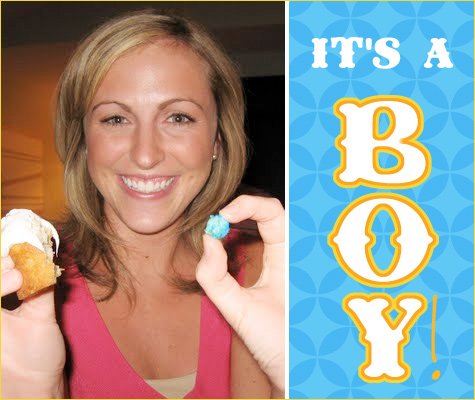 It was such a fun, memorable night, and Garret and I are absolutely thrilled to be having another baby boy!
Congrats to Sarah & Garret on their new baby BOY! Such a fun idea for a party… thanks for sharing it with us!