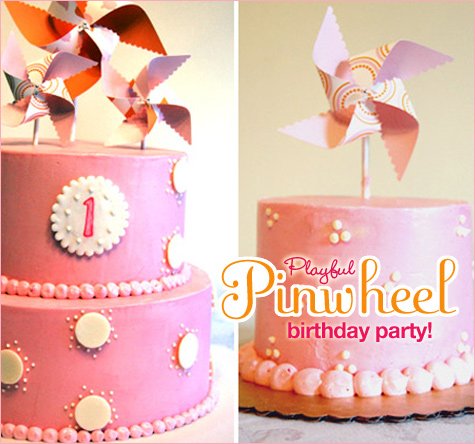 There’s something so fun & inviting about pinwheels… and I love that Anne from Hot Apple Pie was inspired to create a whole party out of them for her daughter’s first birthday! She also utilized tons of great Etsy shops for the pretty pink & orange celebration. Read on for all the details, as told by Anne… 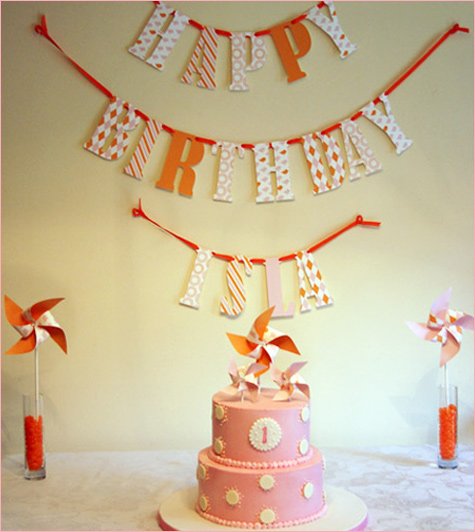 “When our darling daughter, Isla, turned one, I knew I wanted to do something special for her first birthday party. Our neighbor has pinwheels in his yard and she loves to watch them spin around, so I decided a pinwheel themed birthday party would be perfect for our little girl! 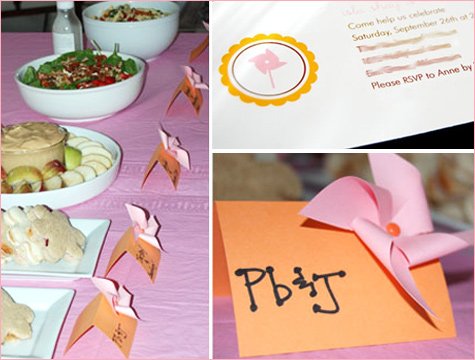 I found these simply stated and adorable invitations from Jack and Izzy which set the tone of the party. 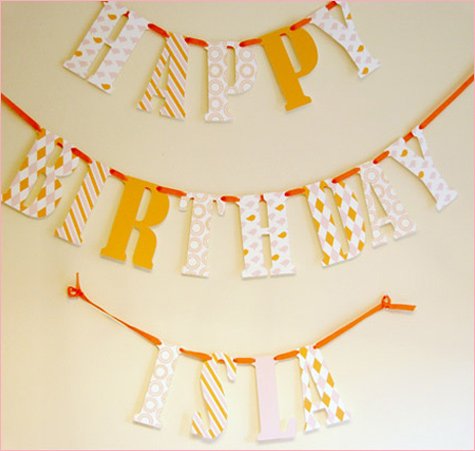 Guests were greeted by a Happy Birthday banner when they entered the house. Pinwheels were also put on the front door and scattered throughout the house in glass vases filled with orange Jelly Bellys. The banner and pinwheels were created by the amazing Shana from Crossroads Cottage. 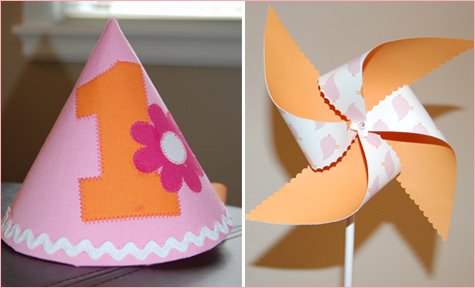 The adorable Sweet as a Flower 1st Birthday Hat was created by Kylala Boutique. 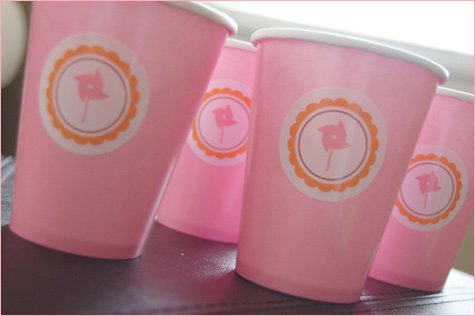 As party gifts, guest received small pink bags filled with candy. The bags were adorned with a small “thank you” tag created by fellow Haute Apple Pie blogger, Katie, and fastened with a mini clothes pin. 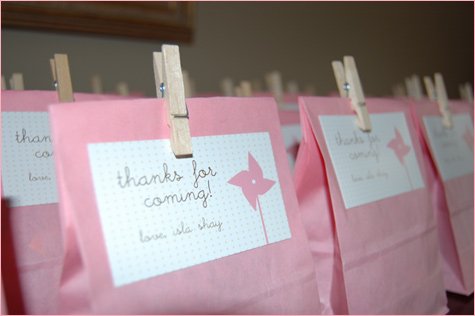 For dessert we had a 2 tiered pink cake created by Aly from (Milwaukee-based) Sweetness by Alice. It not only looked amazing, but tasted out of this world! The bottom layer was vanilla cake with cookies and cream filling and the top layer was lemon cake with lemon and raspberry filling.

Isla also had her very own cake to dig into! {both cakes pictured at top} 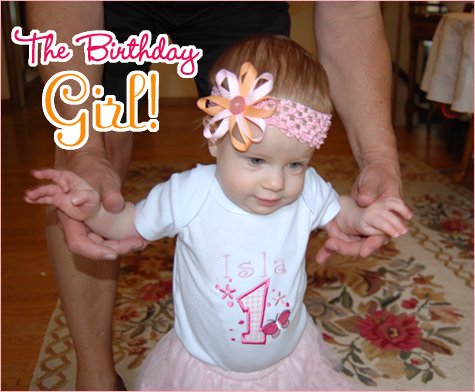 The birthday girl wore a onesie by sticheroos and a pinwheel headband (also from Kylala Boutique). 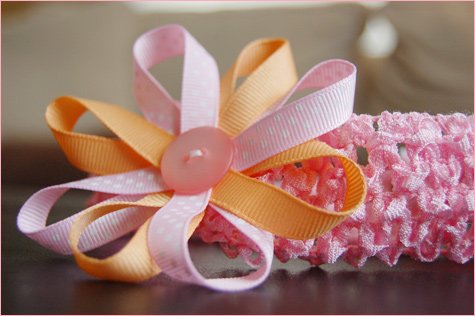 All in all, Isla’s first birthday party was a success! She played, opened lots of wonderful gifts, ate tons of cake and then took a long nap!”

P.S. If you love pinwheels, be sure to check out the adorable Pinwheel Cupcakes featured in the Baby Gender Reveal party from earlier this year!