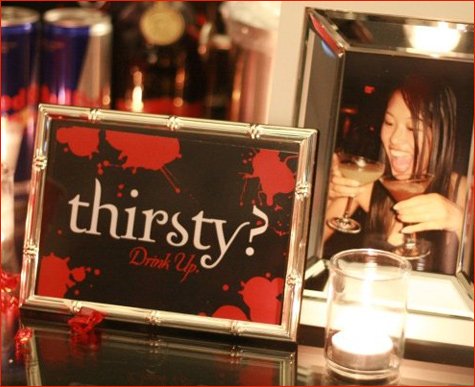 I can’t tell you how many emails I’ve received lately asking about New Moon party ideas!  I’ve been working on the new movie quote designs and they’re coming tonight… it will be late-night though!

In the meantime, I wanted to share this email I recently received from Jackie Culmer about a Twilight/Breaking Dawn themed bachelorette party that she created for a close friend.

There are so many fun, clever details in here – from the invite wording to the mini first aid kits… and it’s always such a cool feeling to see my original Twilight quotes & labels in action at others’ parties! =) 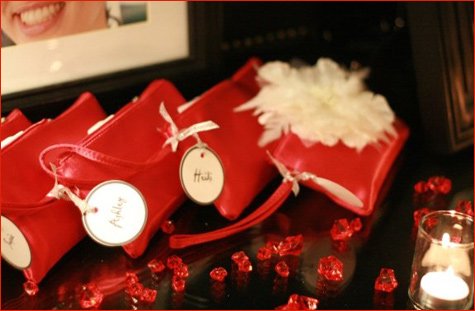 “I just wanted to thank you for the Twilight theme inspiration and signs. I used them for a friend’s Bachelorette party. She is obsessed with Twilight (as we all are) so I called it the “Breaking Dawn Bachelorette – Party ’til the sun comes up.”

I got a life size cut out of Edward for pictures and “Twilighted” the room out with your quotes & drink labels, candles, red ribbon, and pictures of the bride to be. 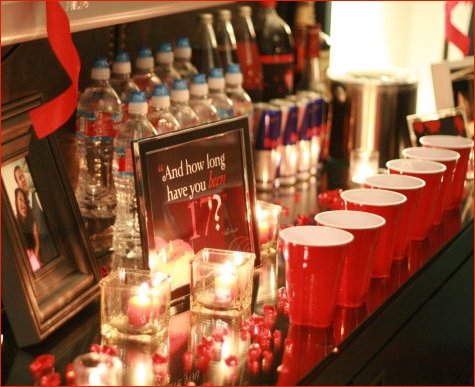 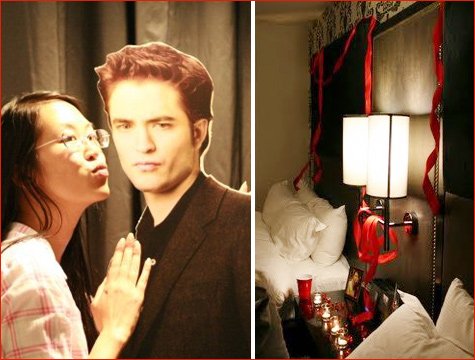 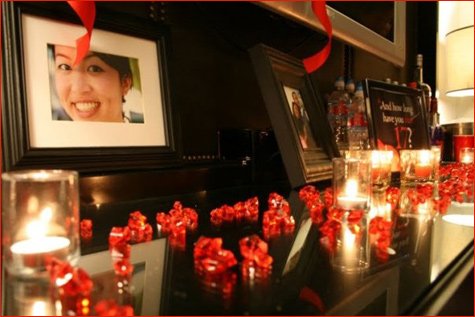 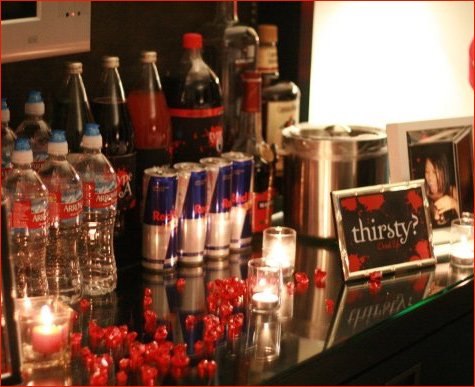 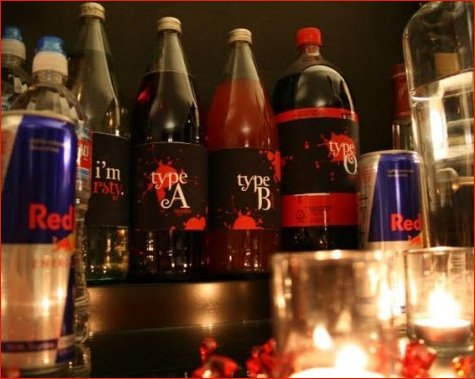 I gave a way red satin wristlets that included a “note from Edward” (typed in the signature “Be Safe” font) that read “Thank you for coming to help Kat celebrate her last night as a human.”, along with “No Blood, No Foul” mini first aid kits for any clumsiness (one of Bella Swan’s key attributes) and “Vampires get headaches?” Ibuprofen packs for hangovers. 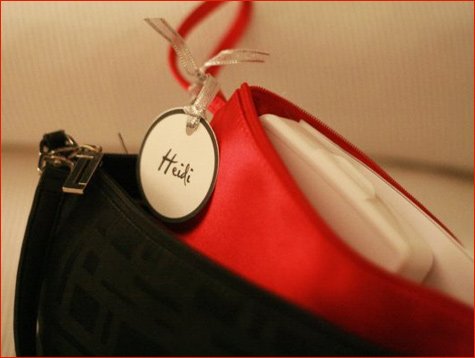 The wristlets were only $1 at Target (purchased a while ago), and I paid $0.97 for the mini first aid kits (also at Target). The ibuprofen packs were little tubes that came with 3 tubes per pack (about $4.95 at CVS).

Since it was a bachelorette party, we wanted the bride-to-be to stand out (sans the typical bachelorette gear) so I had all the girls wear black while the bachelorette wore white. I also gave her a white flower clip with feathers – only $5.95 at H&M.

Also, our jello shooters were dark cherry flavored so they looked like “Blood Shots” which also worked nicely for our Halloween party!” 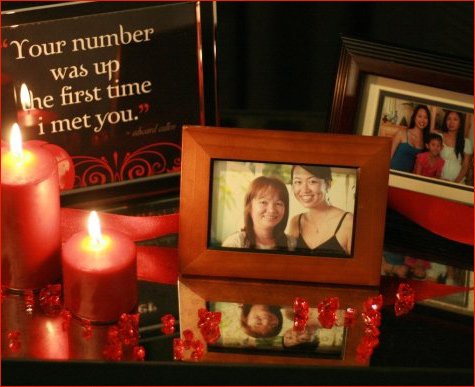 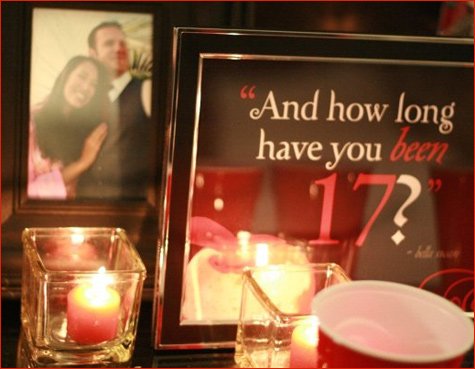 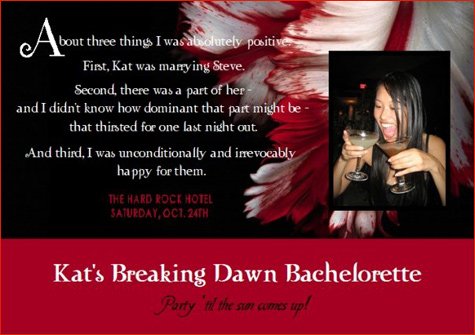 Note: Check out the ultra-creative wording on the invite – she incorporated the bachelorette party message perfectly into the key quote from the Twilight book jacket! I especially love the modified parts about “thirsting for one last night out” and being “unconditionally and irrevocably happy for them“. So clever!

Looks like such a fun bachelorette party, Jackie! Thanks for sharing! =)