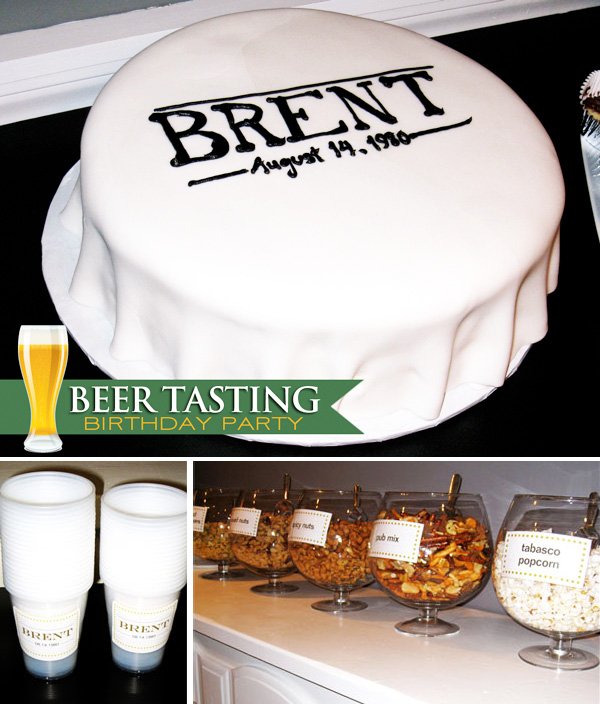 You had me at “Beer Here“…and I’m just loving everything about this BEER TASTING birthday party by Ashley. The concept is so simple, but super fun! What a great way to celebrate a milestone birthday and sample a bunch of unique beers all at the same time!

From the cool signage and pub food, to the amazing bottle cap cake – (great minds think alike, I had a similar cake made for my hubby’s 29th birthday!) – to the fully stocked drink stations, Ashley incorporated every guy’s favorite things: BEER and FOOD. She obviously knows the way to a man’s heart! 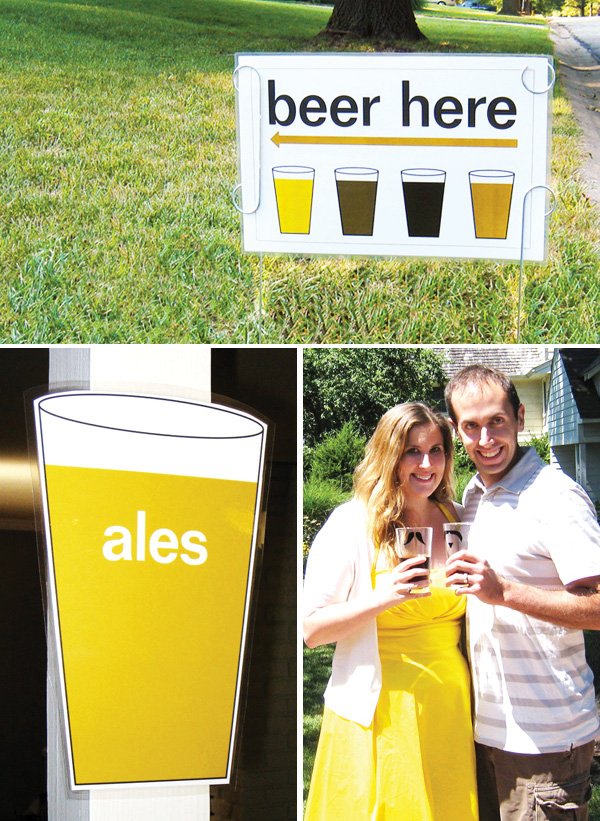 Read on for more festive party photos and creative details… 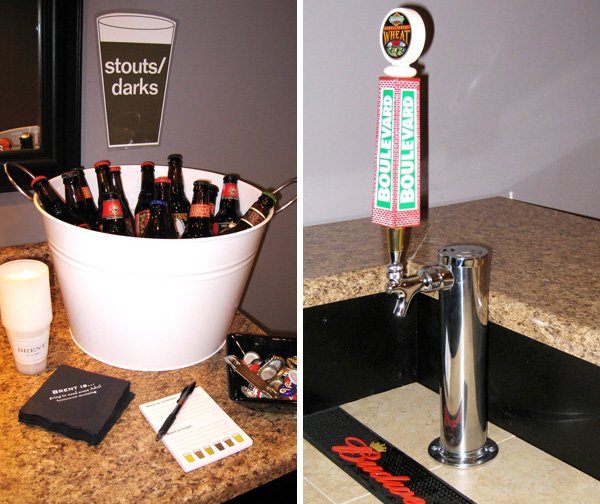 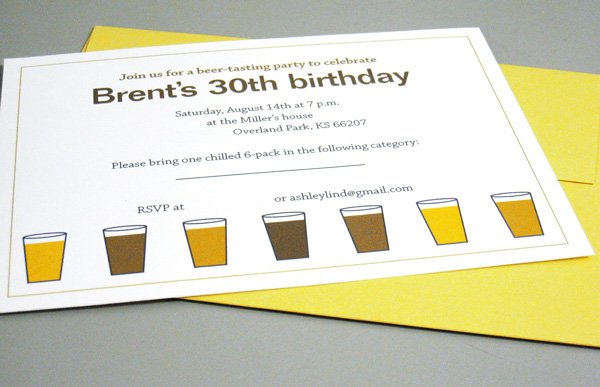 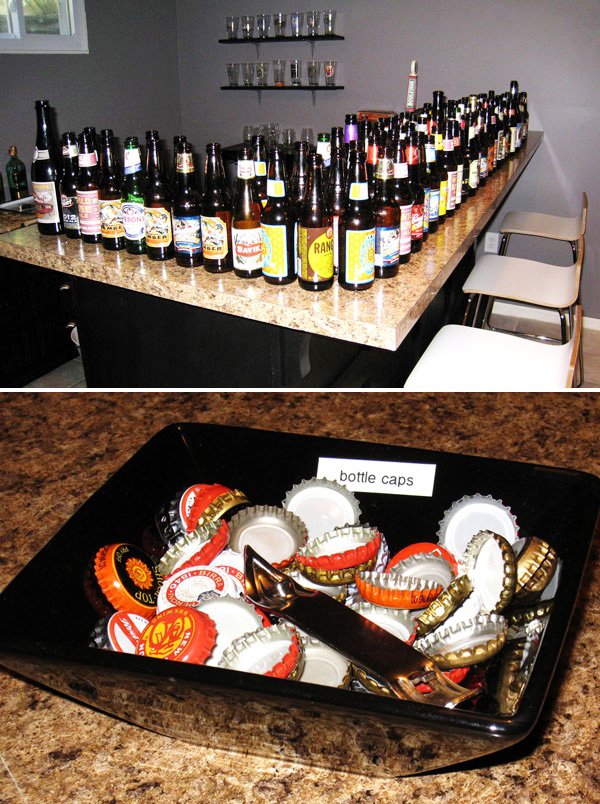 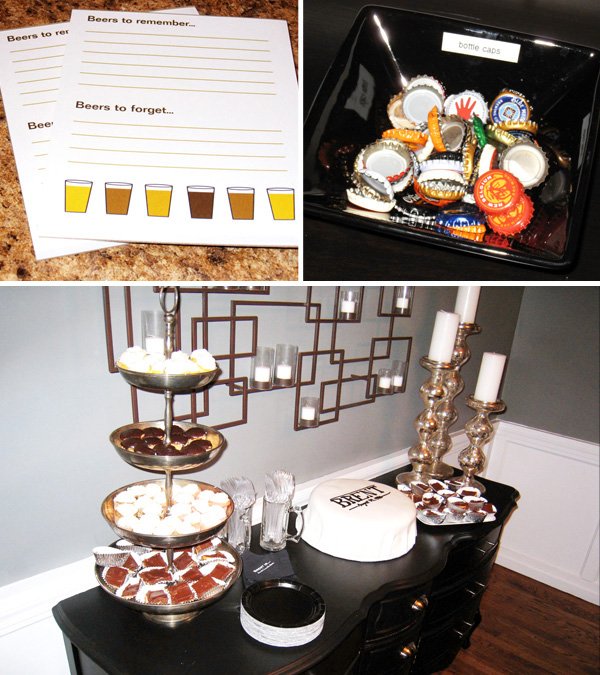 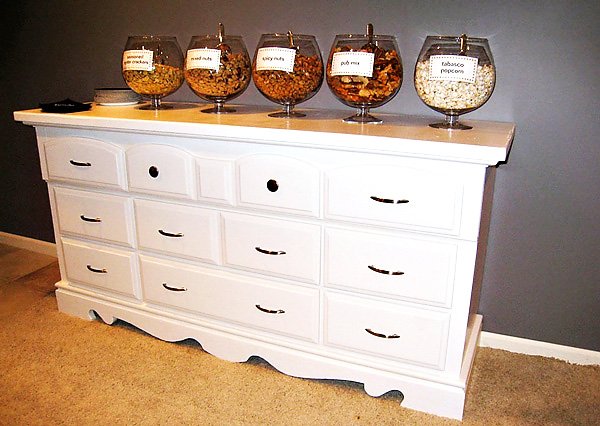 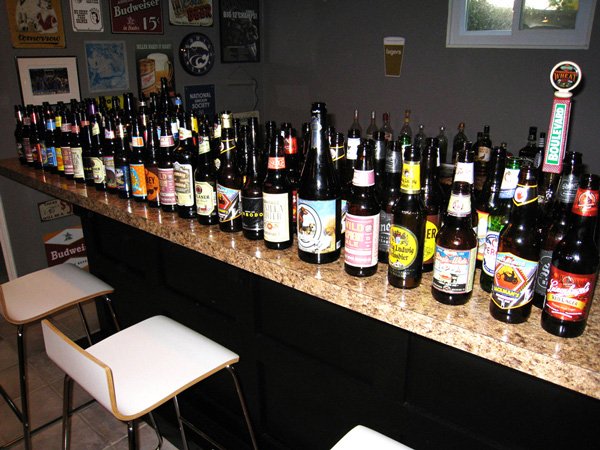 “I had a beer-tasting party for my husband’s 30th birthday party.   The concept was simple: guests brought a 6-pack of beer in one of the following categories: ale, lager or stout/dark.

Each station was in a different area of the house, and people were free to try whatever they wanted, whenever they wanted. Each station was equipped with cups, napkins, a bottle opener, place for beer caps, and a place to take notes about beers they loved or hated. The sample cups gave people the opportunity to pour some of the beer into a cup, instead of drinking the entire bottle. We also had a pony keg of a Kansas City local favorite (Boulevard Wheat) on tap.

We ended up with about 15 different beers at each station, and it was a fabulous time. We plan on turning this party into an annual Octoberfest event!

For food, I did a bunch of bar food type appetizers – buffalo chicken dip, taquitos, jalapeno poppers, chicken enchilada dip, beer dip, etc. Downstairs I did a snack bar with spicy nuts, mixed nuts, pub mix, tobassco popcorn and seasoned oyster crackers. At the dessert bar was cake, mini cupcakes and brownies. The bottle cap cake was rocky road with cookies ‘n’ cream filling. The mini cupcakes were strawberry, lemon, carrot and peanut butter. And the cream cheese brownies were made by my amazing grandmother!

My favorite pictures are from the day after, when we lined up all the empty beer bottles on the bar.”