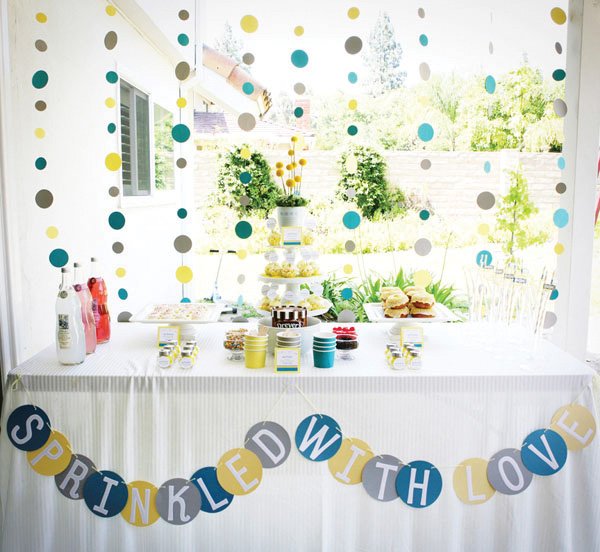 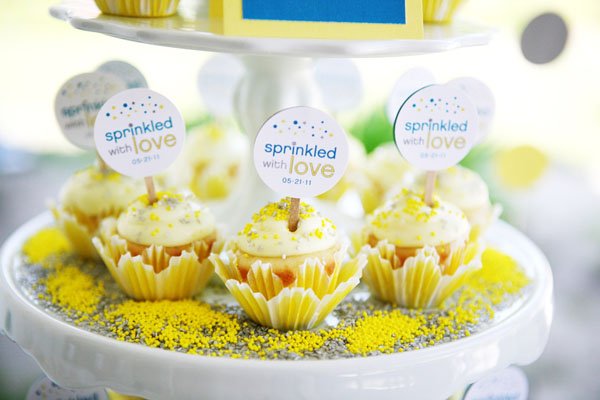 I’m so excited to be “sprinkling” a bit of inspiration on you today with this “SPRINKLED WITH LOVE” baby shower hosted by Seanny of My Creative Vision! With Seanny’s best friend Kim expecting a second child, and she wanted to steer clear of the traditional baby shower themes and decided to go with a fun, modern vibe based on the trend of hosting a baby “sprinkle” vs. a baby “shower” for expectant moms who’ve already been blessed with having children. 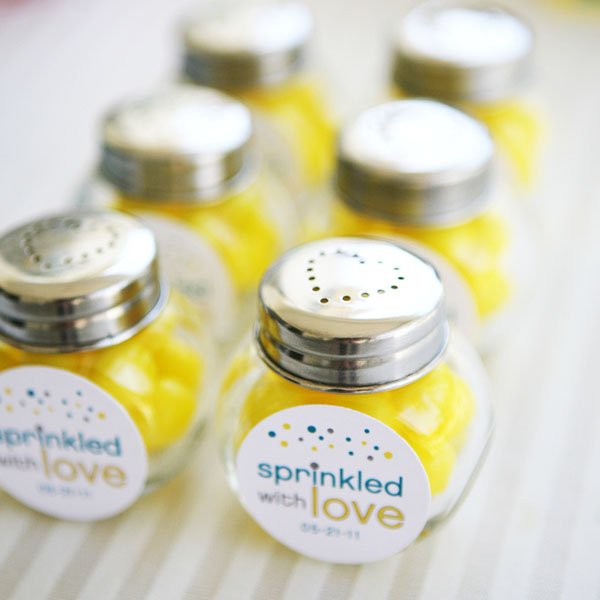 I love that Seanny took the concept of a baby “sprinkle” literally and built an entire shower theme around it. Every detail of the shower was sprinkled with sprinkles. The invitations included confetti sprinkles, the dessert table backdrop was created to mimic sprinkles and all of the desserts were sprinkled with candy toppings – cupcakes, ice cream, donuts, cookies and even the rims of the beverage glasses.

The theme is clever, modern and versatile for any party you may be preparing to host. Keep reading for all of the fabulous details sprinkled throughout this fabulous baby shower. 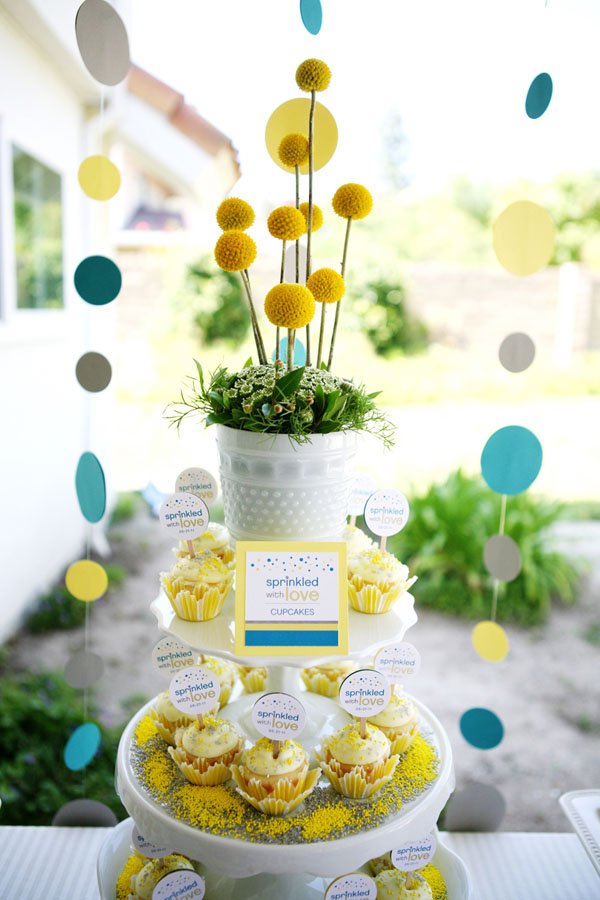 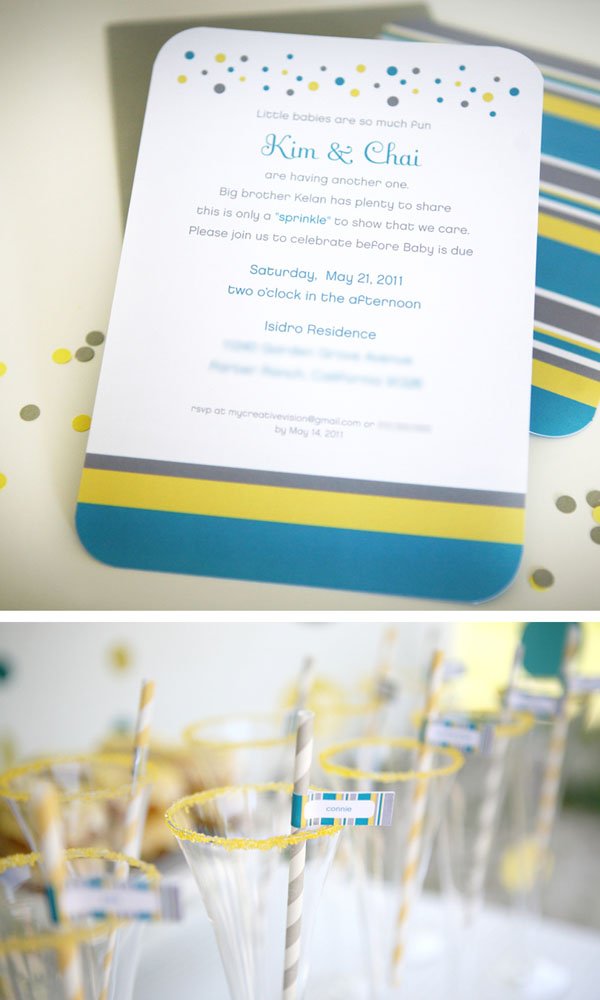 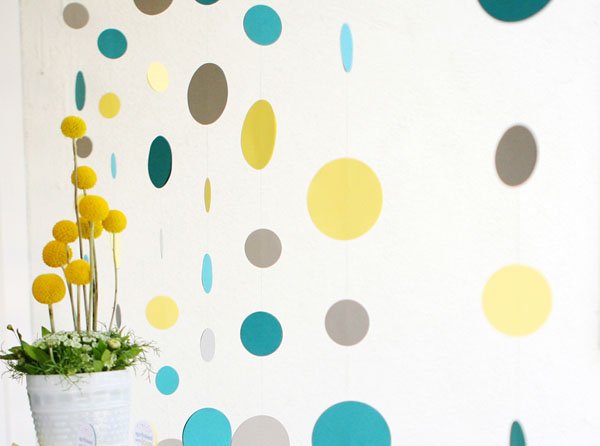 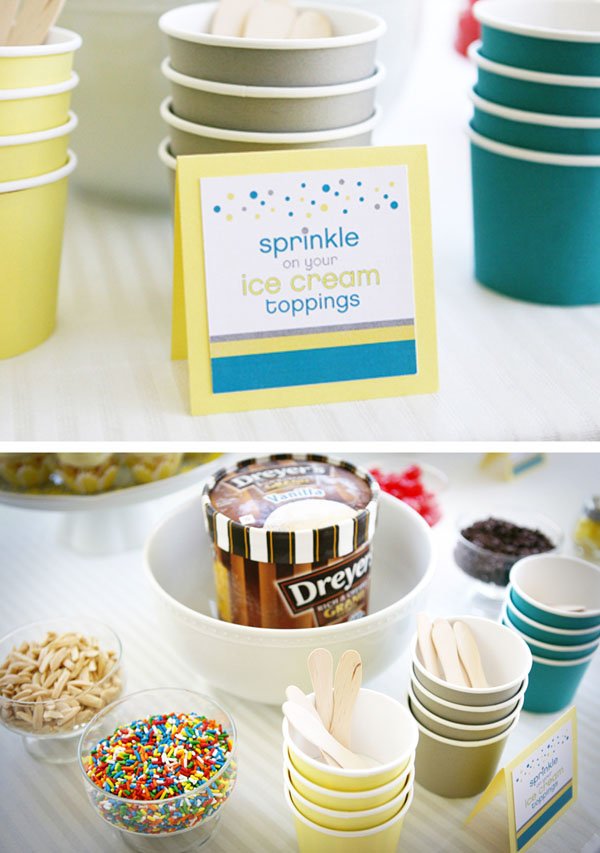 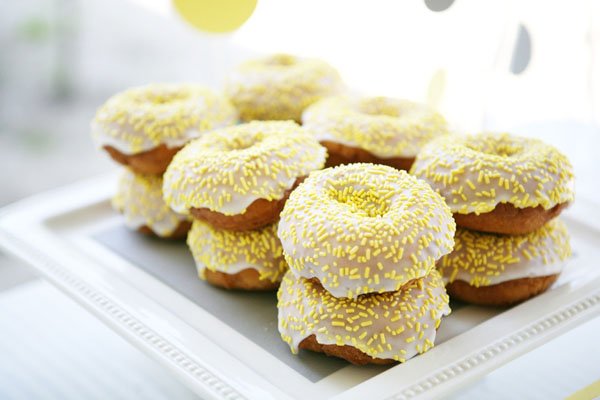 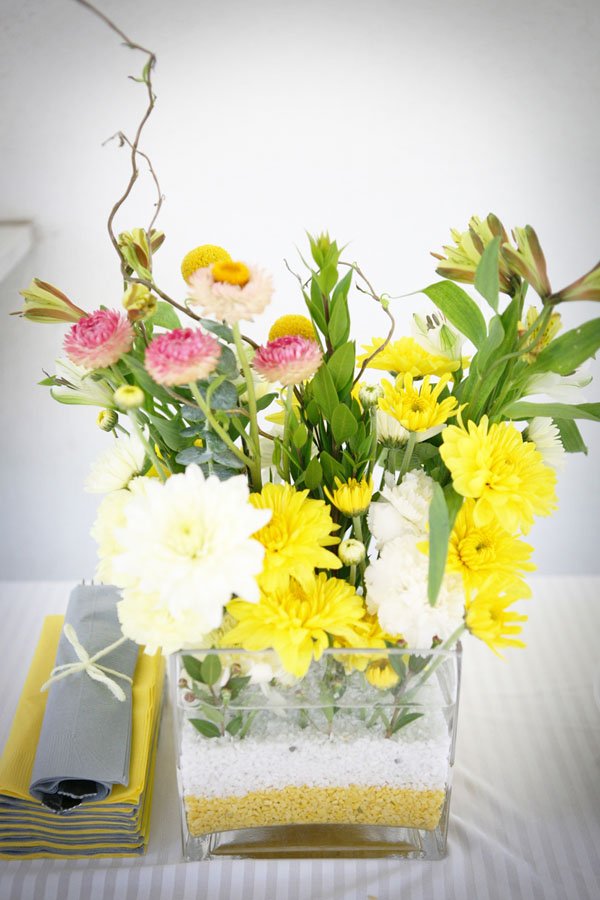 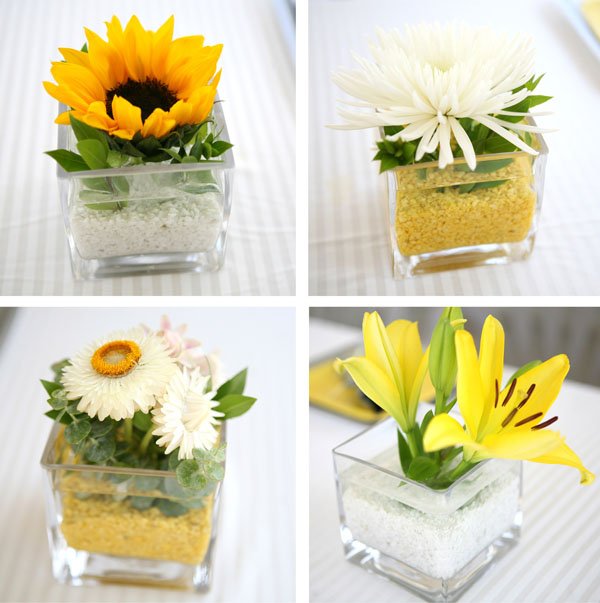 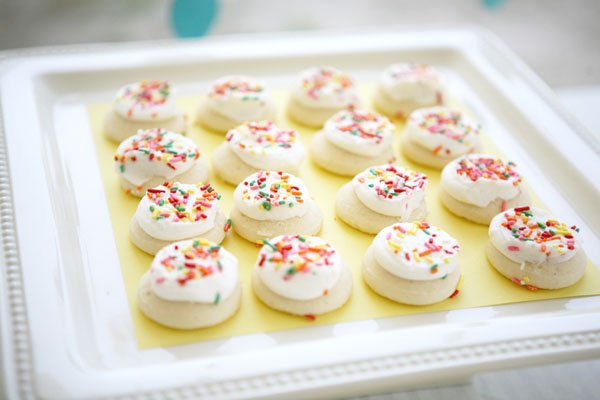 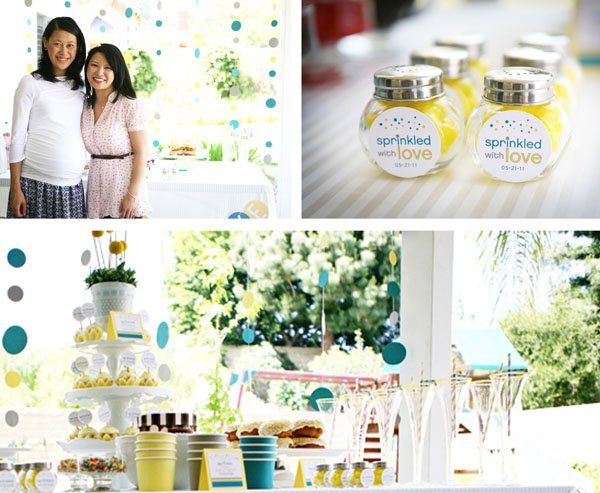 PARTY DETAILS, as told by Seanny…

Inspiration
“Last Saturday I co-hosted a Sprinkle party for my best friend Kim. This will be Kim’s second baby and after I did some researching to get inspiration for the party, I found out that the second shower is called a Sprinkle…not a full on Shower, just a little Sprinkle to show that we care.  So after I found this out, the ideas came pouring into my head and I told my friend I would handle the dessert table and decor for the party. I decided I wanted a party that was different from the first shower I threw her. That party was definitely more baby, with diaper cakes and games and baby shower decor. I wanted this one to be more modern and a party for the girls to mingle and chit-chat while eating high calorie foods.

I’ve known Kim since College, we are both designers and both love photography, design, weddings and a good party. Kimmy is also the one that always bombards me with all these fun blogs to read about, such as Hostess with the Mostess and Kara’s Party Ideas and introduced me into the world of Amy Atlas and the candy and dessert buffets. So for sure I knew I wanted a dessert table. And once I was inspired by a ‘Sprinkle Party’ I knew that all the desserts were going to have to have Sprinkles on top and I was going to have as many sprinkles as I could possibly have at a party.

Invitations
Of course everything starts with the invitations. I wanted it to be simple and modern and I used the colors that I knew were Kim’s favorites at this time. They were printed on both sides with the stripes continuing onto the back of it. And for an extra touch, I decided to add little punched out sprinkles in matching colors, into the envelopes, so that the recipient would get some sprinkles in the mail with their invite.

Dessert Table
Onto the dessert table. I wanted the background to match the invitations, so I punched out circles in different sizes and in the colors that matched the invite to create the Sprinkle Effect. I had vanilla cupcakes with lemonade frosting with sprinkles, sugar cookies with sprinkles, donuts with sprinkles and a ice cream buffet where you could sprinkle on your toppings…told you this party was high in calories! For drinks we had sparkling lemonades in champagne glasses that was rimmed with yellow sprinkles.

Party Favors
And for the favors I found cute salt shakers at beau-coup.com and filled it with lemon heads.

Additional Party Details
I can’t take credit for the flower arrangements, I enlisted the help from my mom for that…she was a life saver, since I don’t do flowers. I can buy all the stuff, but that’s as far as I can go, luckily she was here to help me make them look extra cute.

It turned out to be a great party. I couldn’t do it without the help of my co-host Sandra I., who handled the rest of the food that didn’t have sugar in it.  Thank you for also letting us invade your home and letting me rearrange your backyard. And thank you Sandra T. and Karina for helping me set up and for making that cute sign, because for some reason I still don’t own a Cricut. Congratulations Kimmy…we can’t wait to meet the new little guy soon!!! xoxo, Seanny”