Get your ALL ACCESS PASS before it’s gone til next year! The cart's closing on this crazy deal SOON.
Skip to content
KIDS BIRTHDAY, Parties for Boys, Theme Parties

This strikes and ‘staches bowling party just looks like a blast! Jenny of Bloom Designs Online put so many clever details into this fun birthday party for her son – from playful invitation wording to themed post-game treats like cake pop and ding dong “bowling balls” and juice box “bowling brew”. But those “bowling pin” milk and cookie shooters? O.M.G. ;) 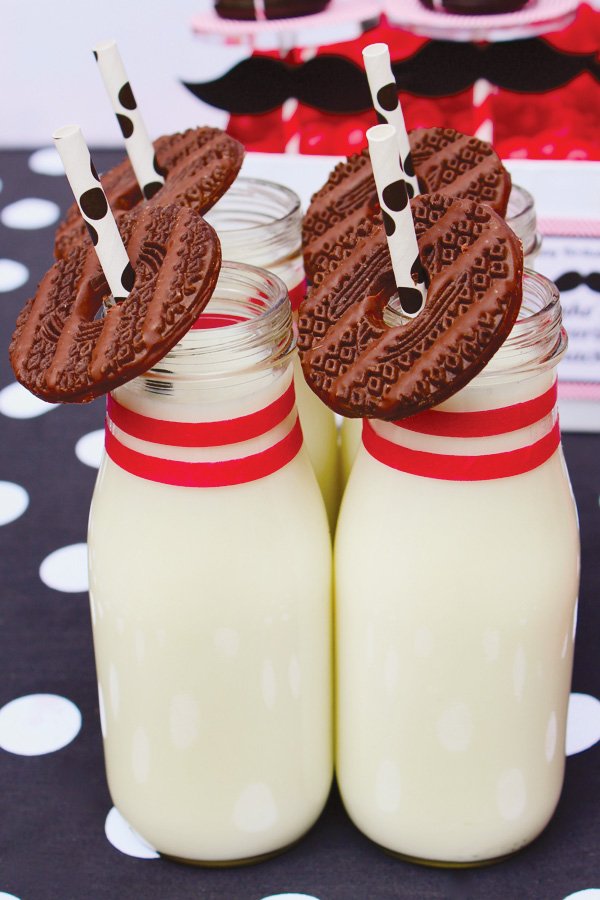 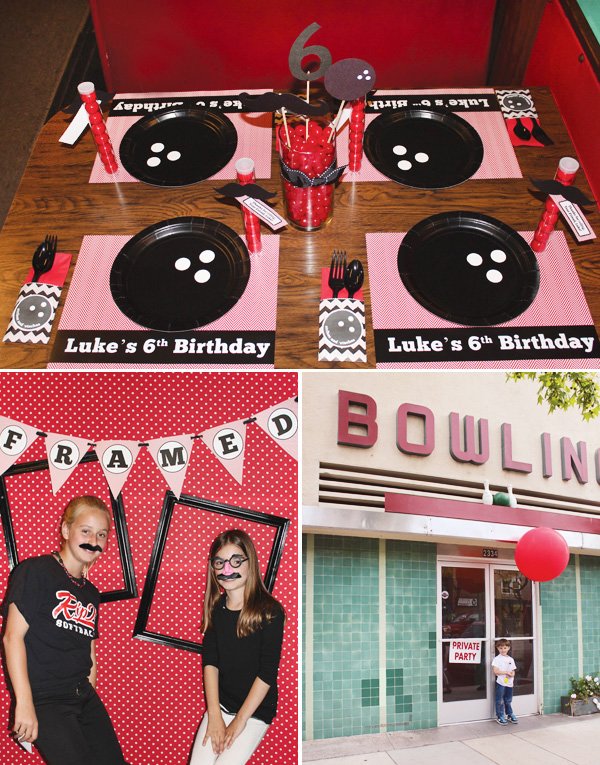 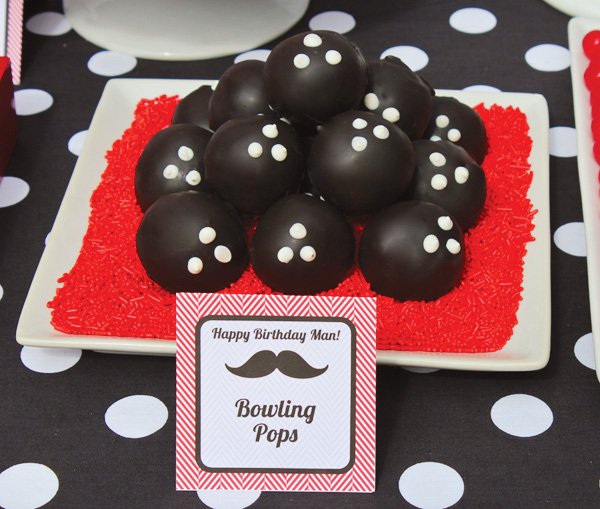 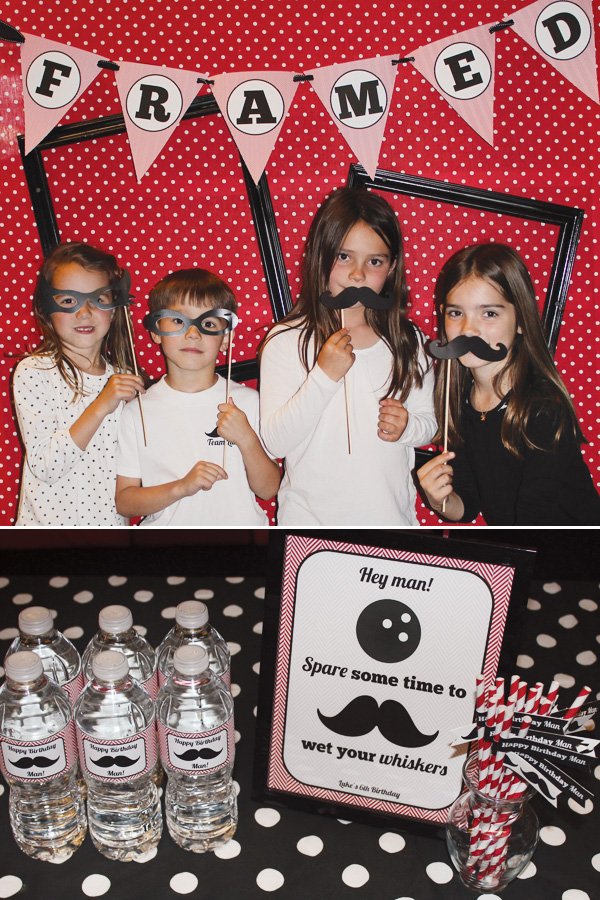 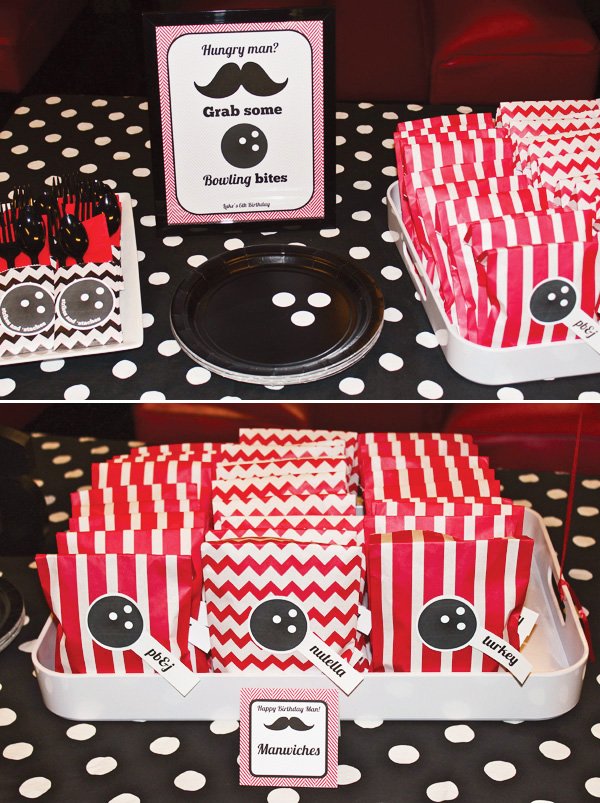 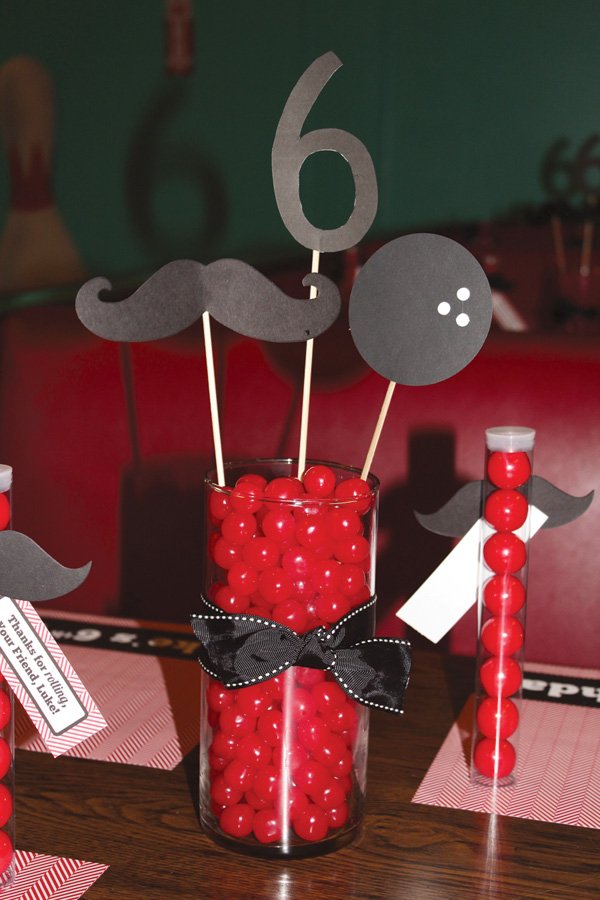 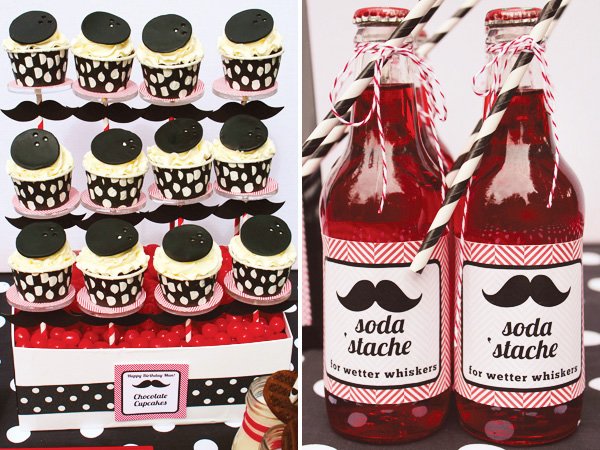 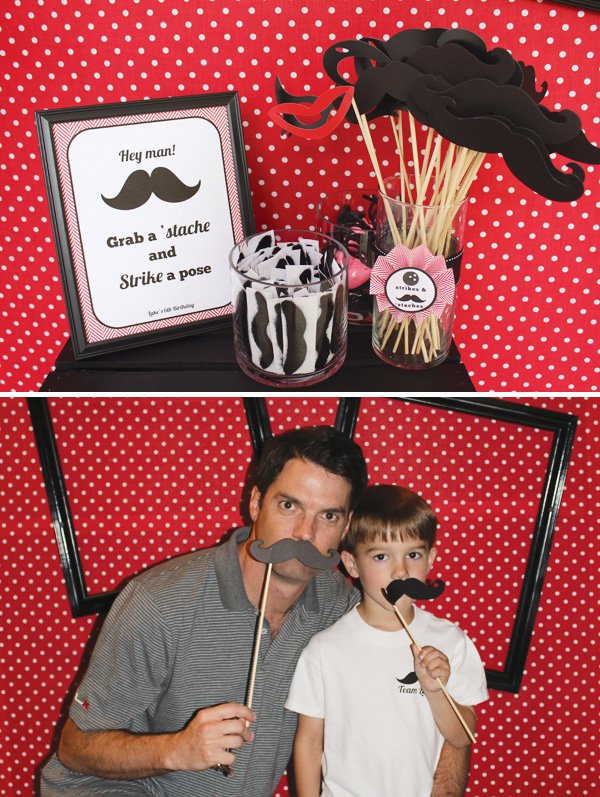 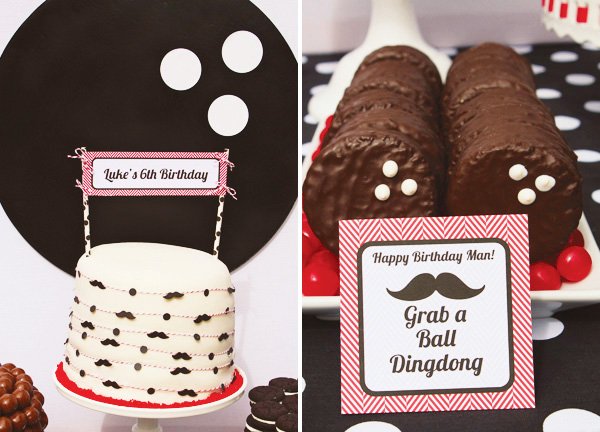 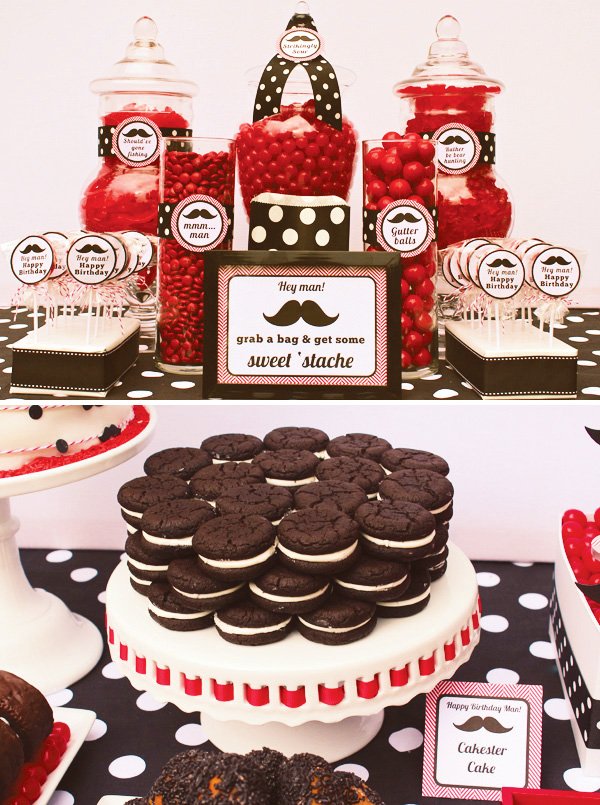 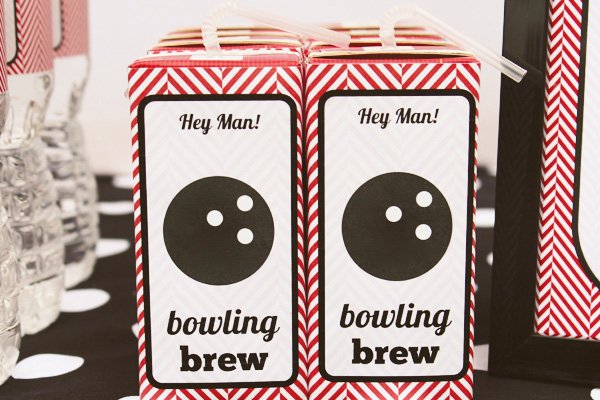 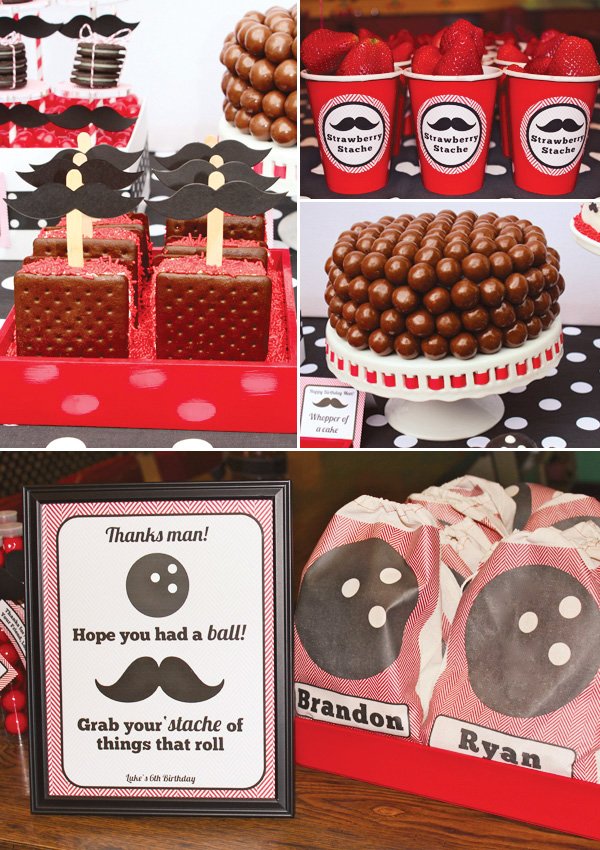 Hey Man! Ready to roll? My son, Luke really wanted to have a bowling party for his 6th birthday. We have an amazing old bowling alley across town that was the perfect setting. Luke’s friend all very competitive boys so to play up their manliness, we decided to throw in the mustaches and make it a strikes and ‘staches party. They had a ball!

When the boys came in, they put on their fake ‘staches and took a photo in front of the framed backdrop stocked with lots of fun props. After several great frames of bowling they treated themselves to the manwiches shaped like bowling balls and to the chip bar. They wetted their whiskers with soda ‘stache and then headed to the dessert table.

The color scheme of the dessert table was black and white with pops of red. Round treats included a fun whopper covered cake, oreo cakester cake, bowling pops, ice cream sandwiches on stache sticks and donut balls. The kids also got to make a sweet stache at the candy table, which had all red candies that played on the theme of the party. My favorite dessert element was the milk jars to which I added red tape to create bowling pins.

For the booths, I simply filled vases with sour cherry balls and cut out a bowling ball, mustache and the number 6. I made placemats to match the other printables. Then added white dots to black paper plates to change them into bowling balls

As the boys left, they took home personalized muslin bags filled with things that roll and gumball tubes. For the printable, I used a manly herringbone pattern and black and white polka dots to play up both the man and bowling aspects of the party. The ‘staches collection available here includes everything from invitations, to food labels, water bottle wraps, juice box covers, straw flags, banners and more!