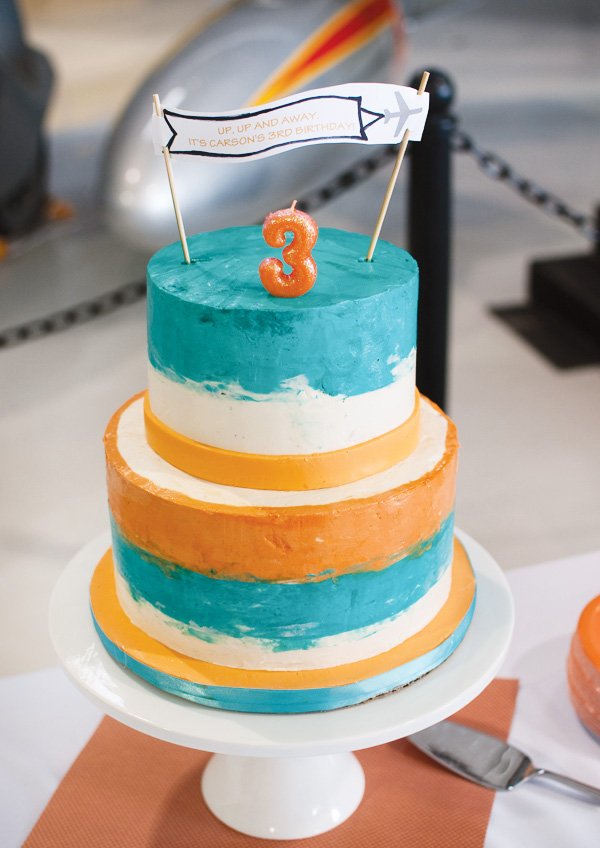 Kelly & Meaghan, the creative duo behind Sweet Pea Events, planned a super cute & stylish Airplane Birthday Party for Kelly’s son! Dubbed “Up, Up, and Away – It’s Carson’s Third Birthday”, they held the celebration at held in a flight museum where guests could get up-close-and-personal with the inspiration behind the theme. 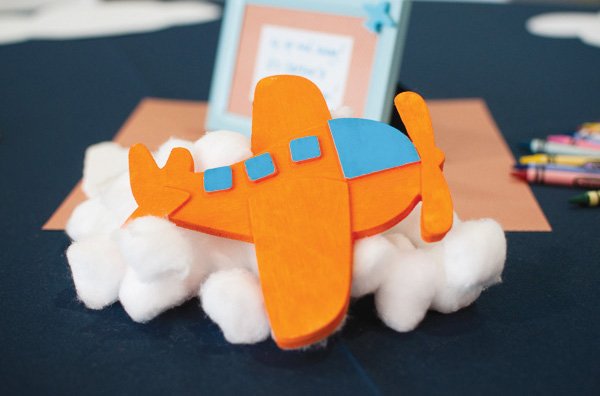 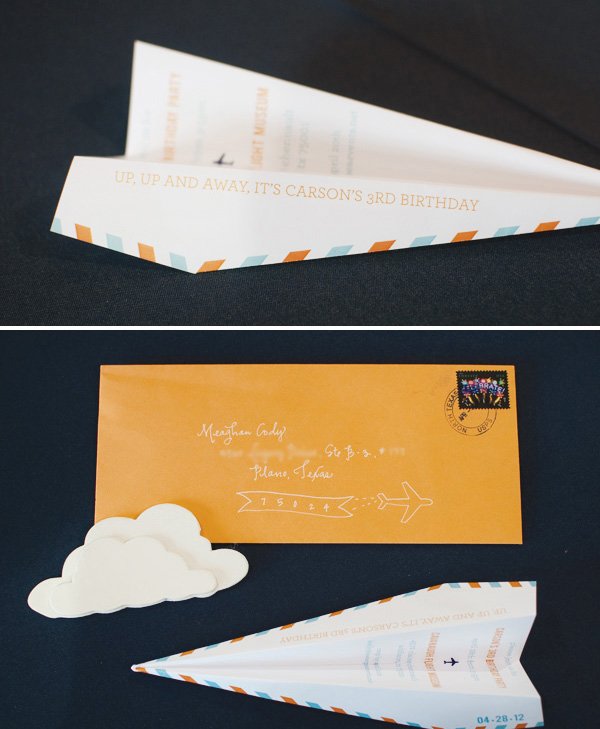 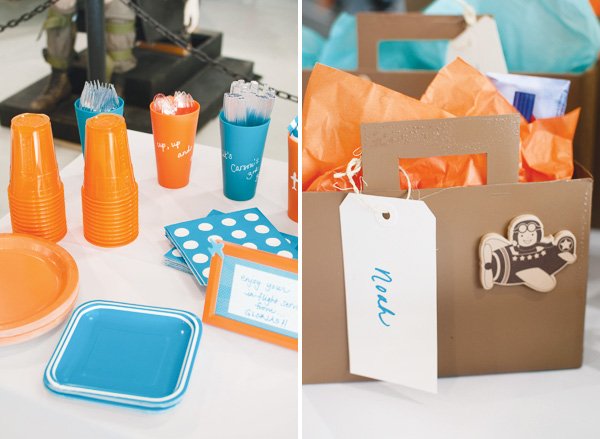 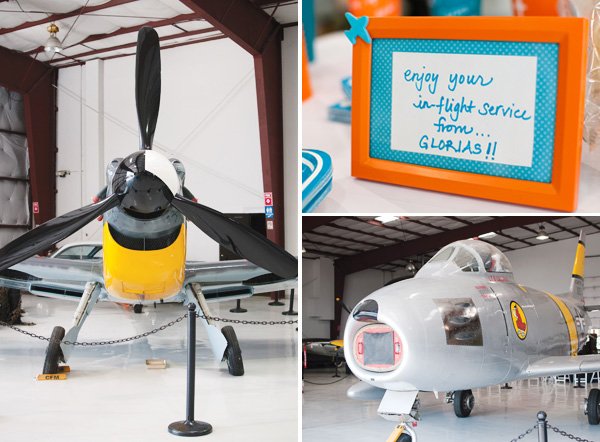 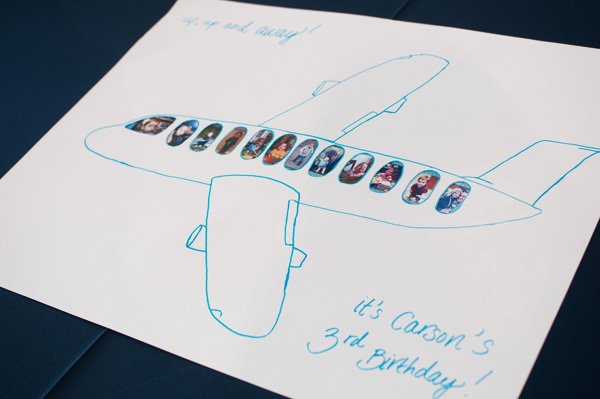 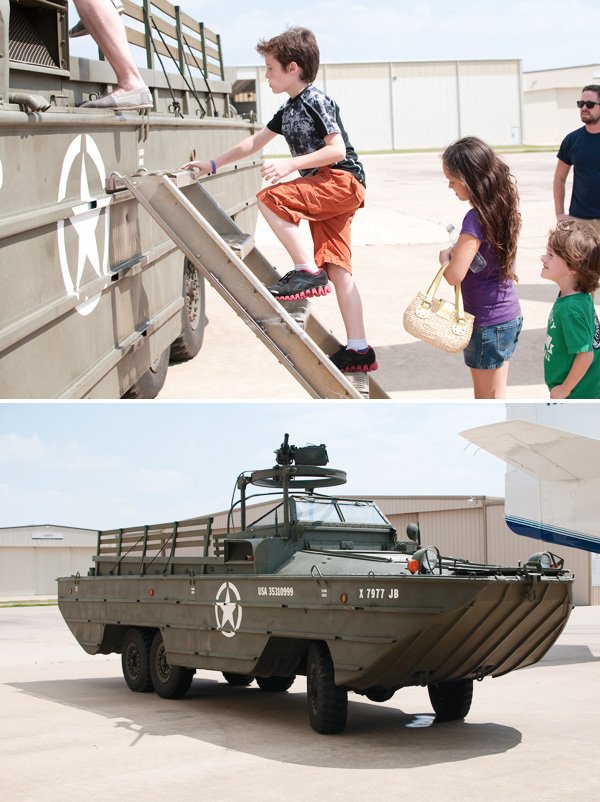 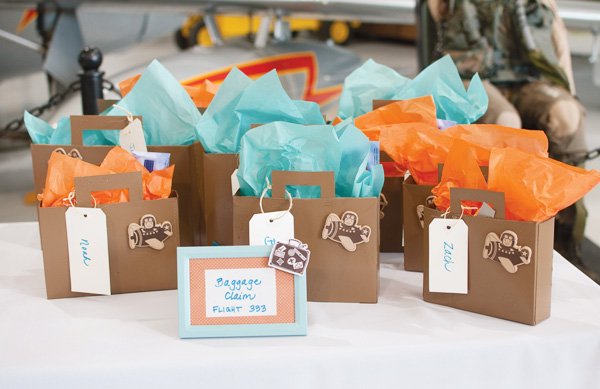 PARTY DETAILS, as told by Meaghan…

Kelly Simants of Sweet Pea Events planned her son’s third birthday party with the theme “Up, Up, and Away – It’s Carson’s Third Birthday”!

She started off by sending out invites that were literally paper airplanes that could fly across the room.  The party was held at a really cool flight museum in Addison, TX in an airplane hangar. Kids and adults both enjoyed vintage planes and the ride they all took on a world war II amphibious boat. Guests also enjoyed “In Flight Service” from Gloria’s Mexican Restaurant, Carson’s favorite place to eat.

Centerpieces were cotton balls for clouds, painted wooden airplanes, and a drawing of an airplane with pictures of Carson for every month between ages 2 and 3. For favors, Kelly spray painted cereal boxes and made small suitcases out of them, filling them with glider airplanes and other fun goodies. These suitcases were placed in “Baggage Claim”. The cake was an ombre design which incorporated the blue and orange from the invites and other décor, with a cute custom banner on top.