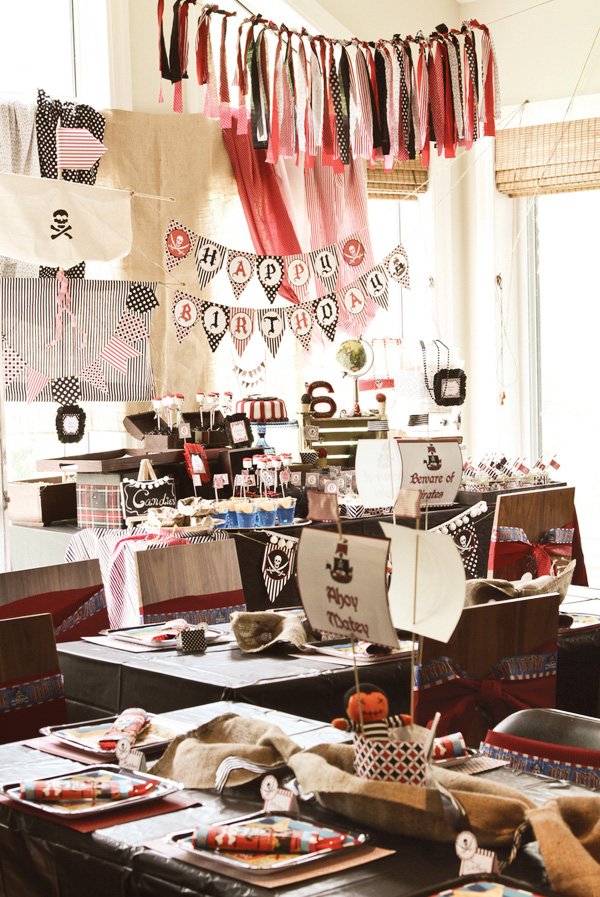 Amy of A Dazzle Day consistently throws phenomenal parties, and this Vintage Pirate Party is no exception! She is so detail oriented, crafty (um… she made her own skull piñata!) & tops it all off with her fantastic photos. (If you want to see other themes from her, click here and here.) 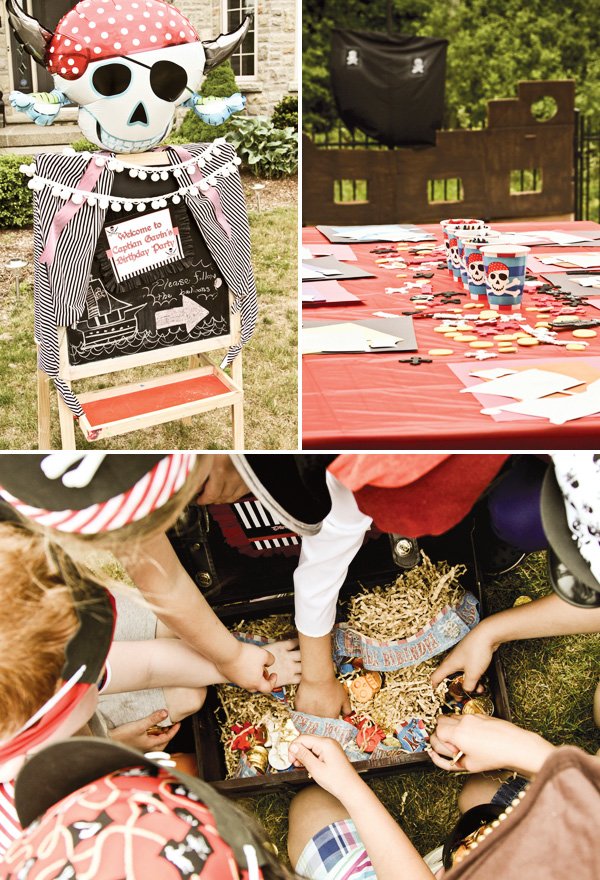 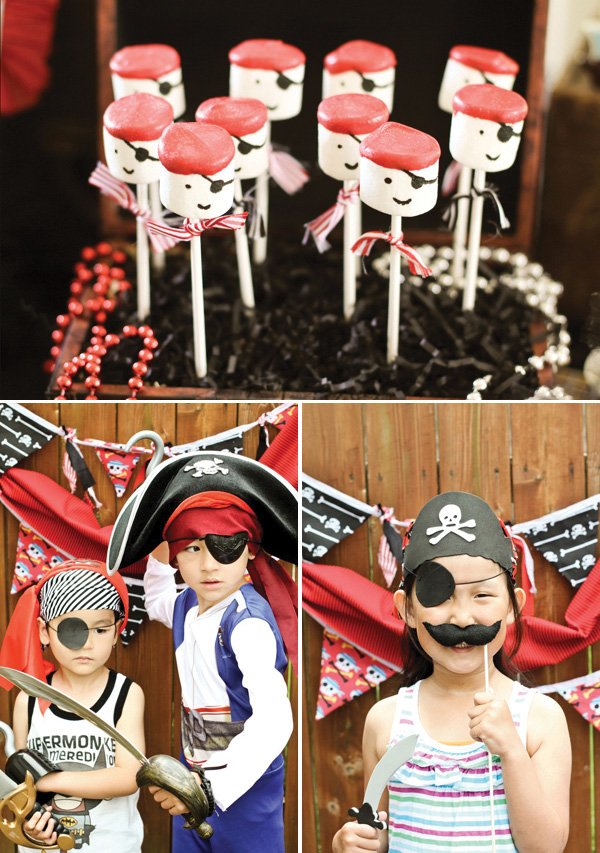 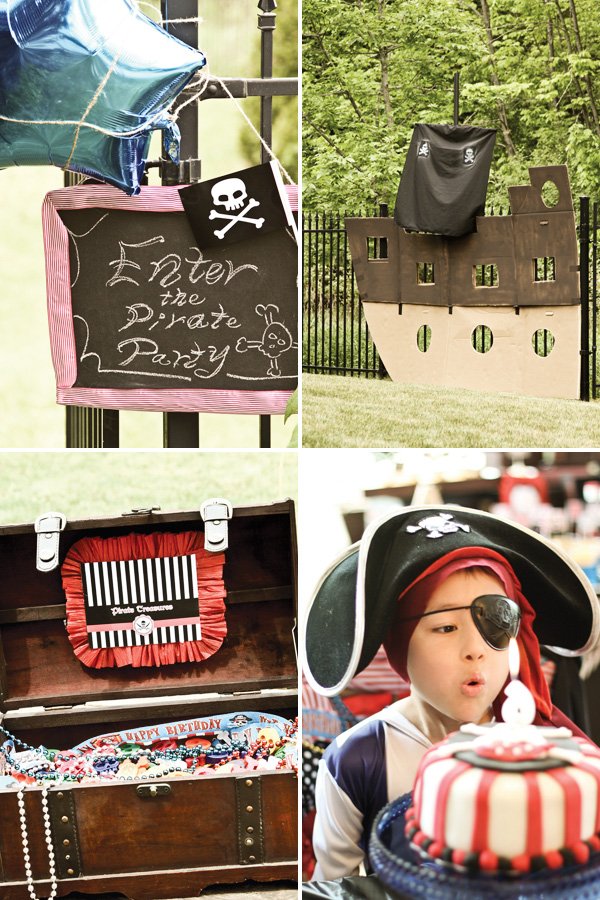 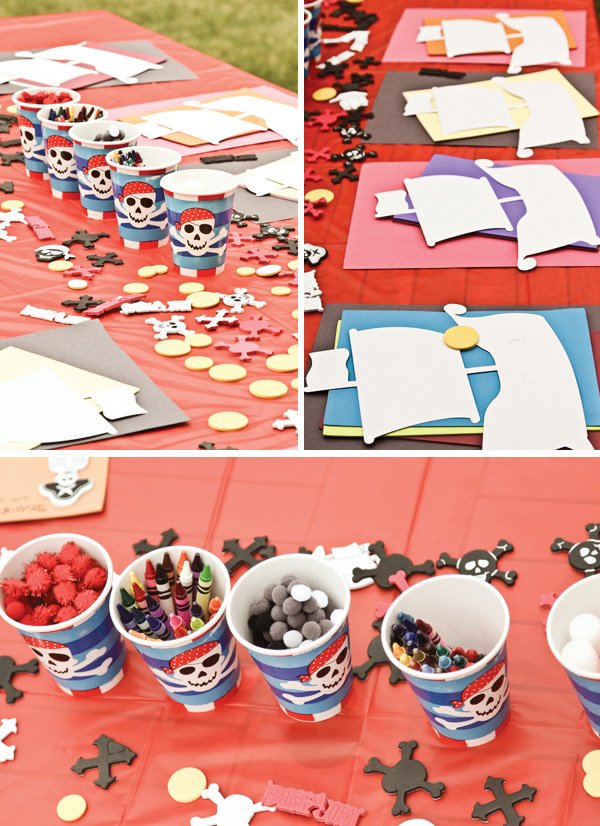 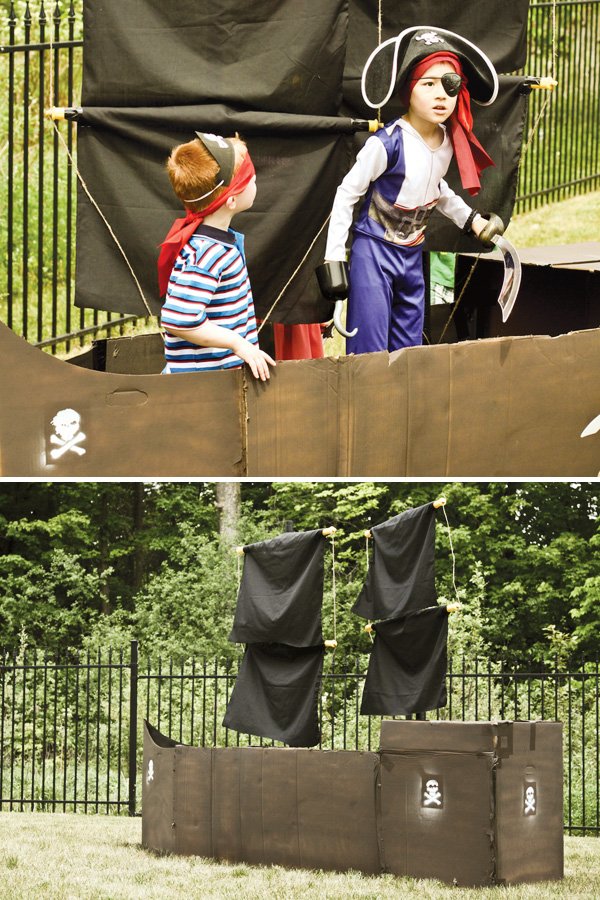 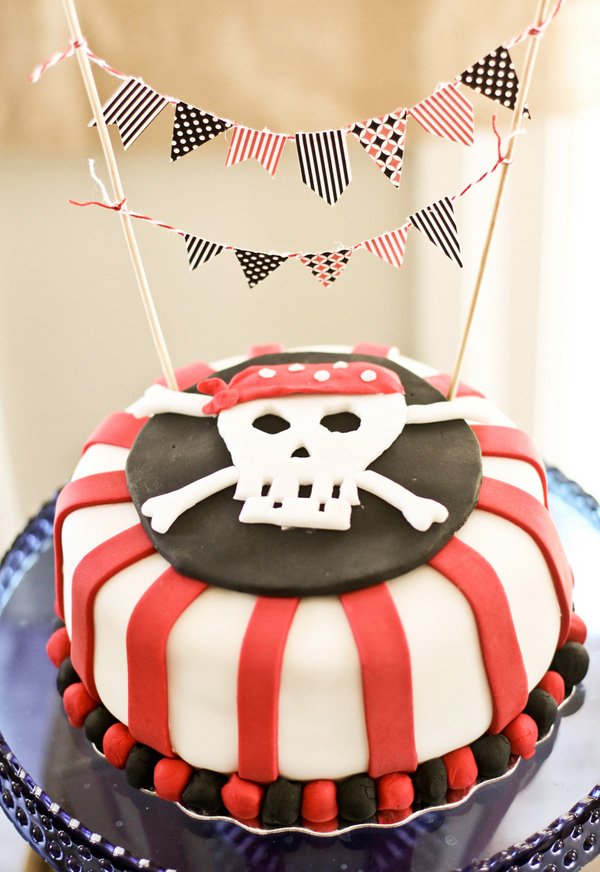 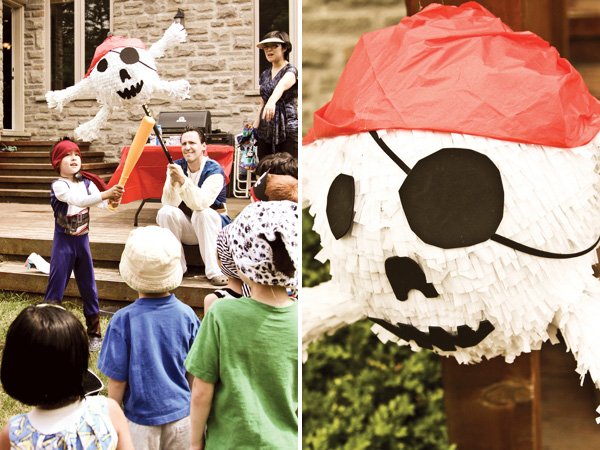 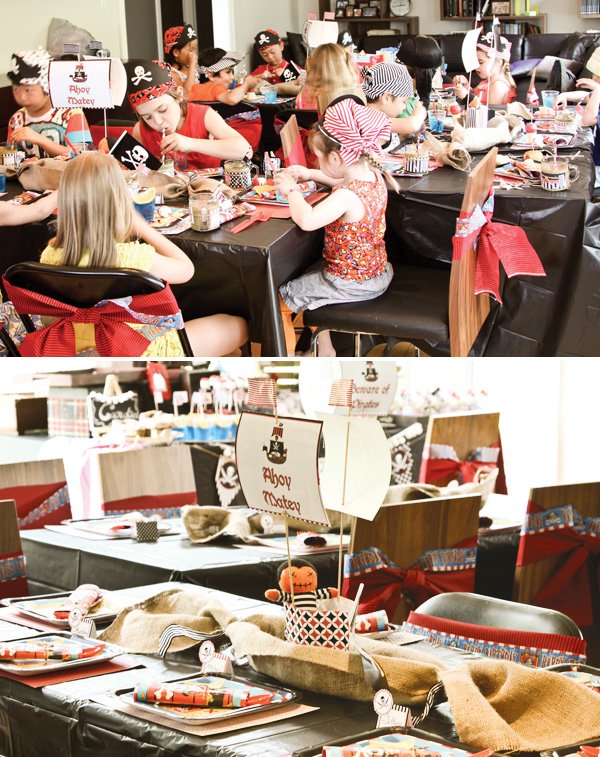 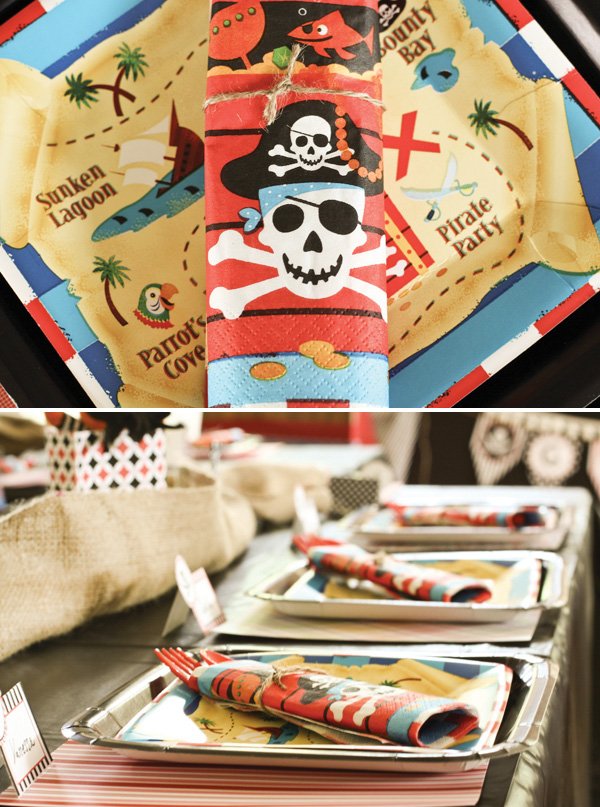 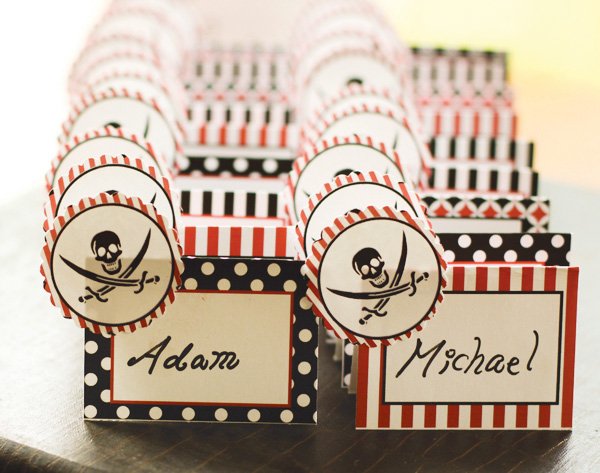 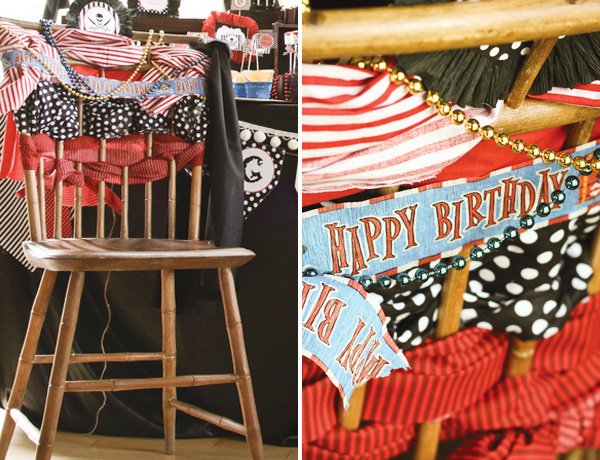 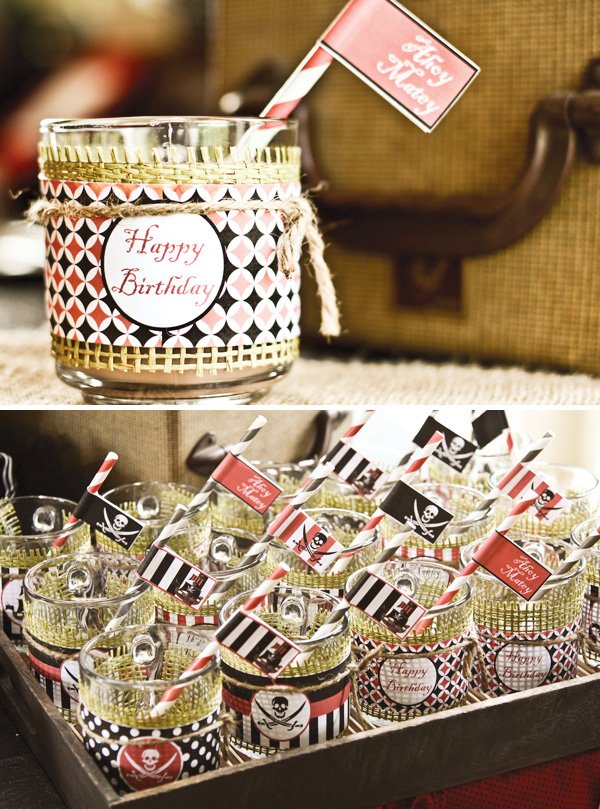 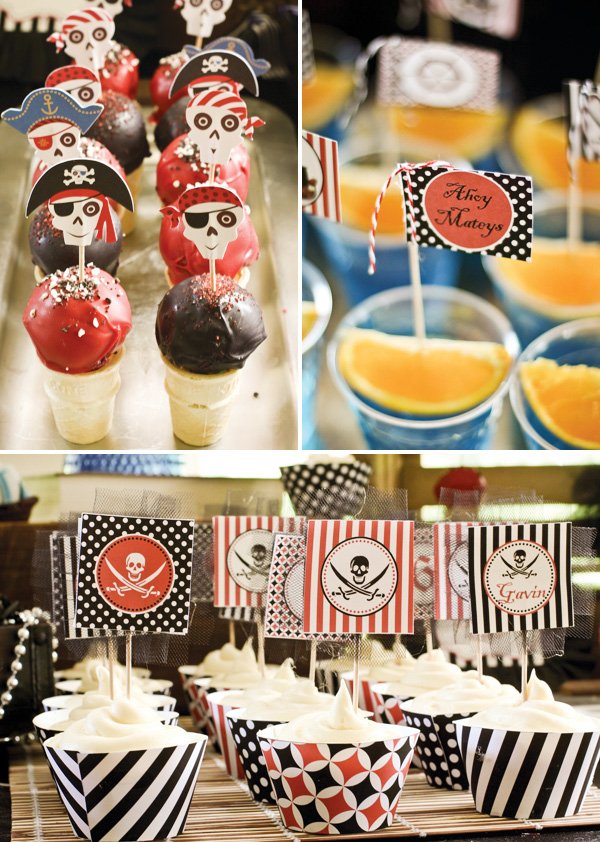 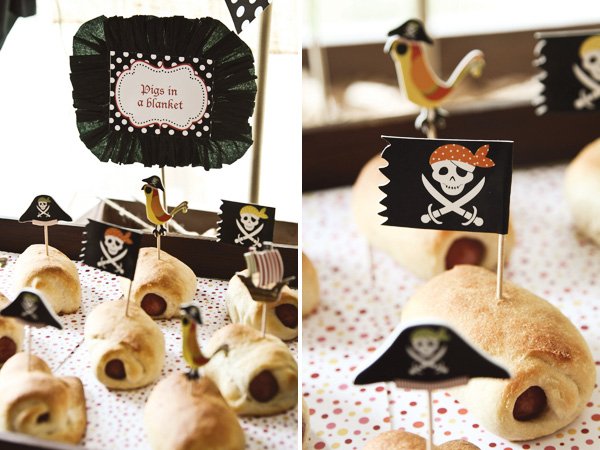 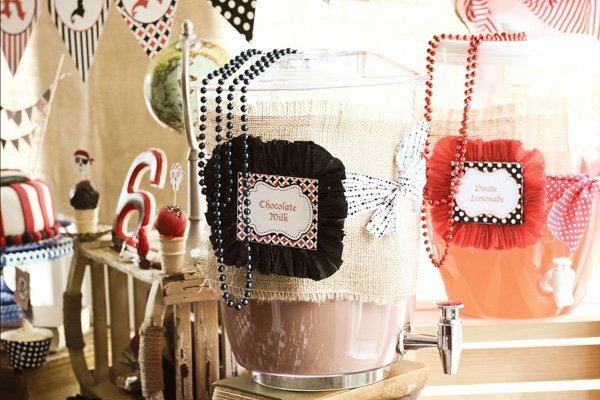 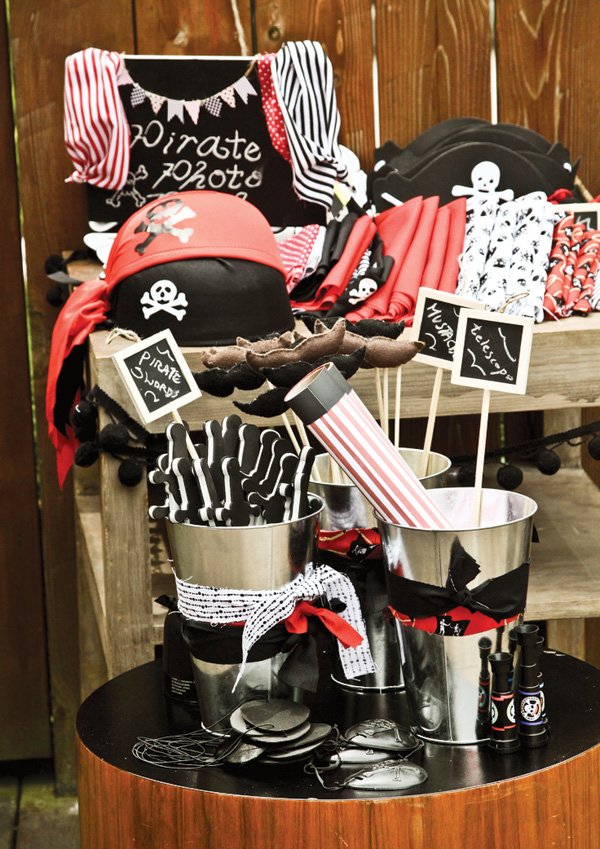 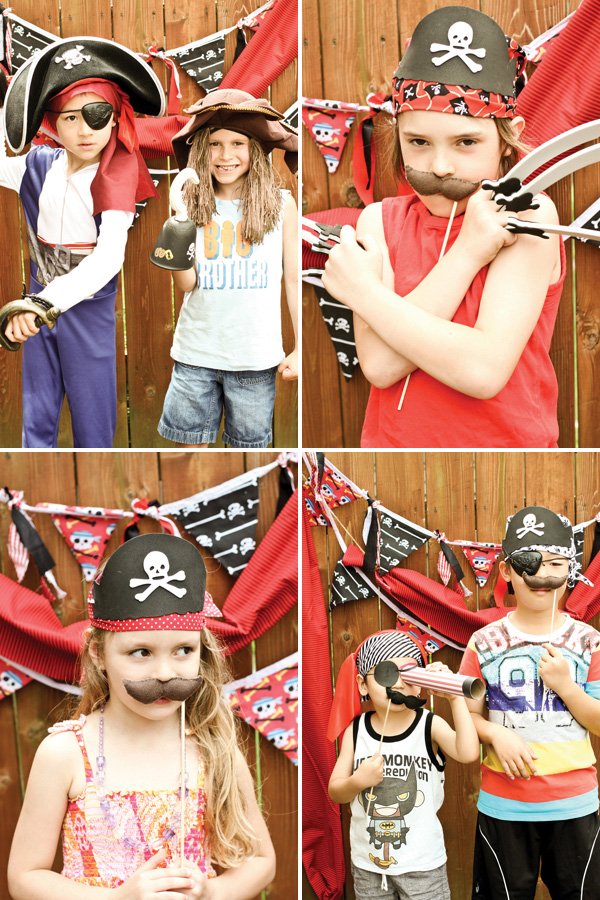 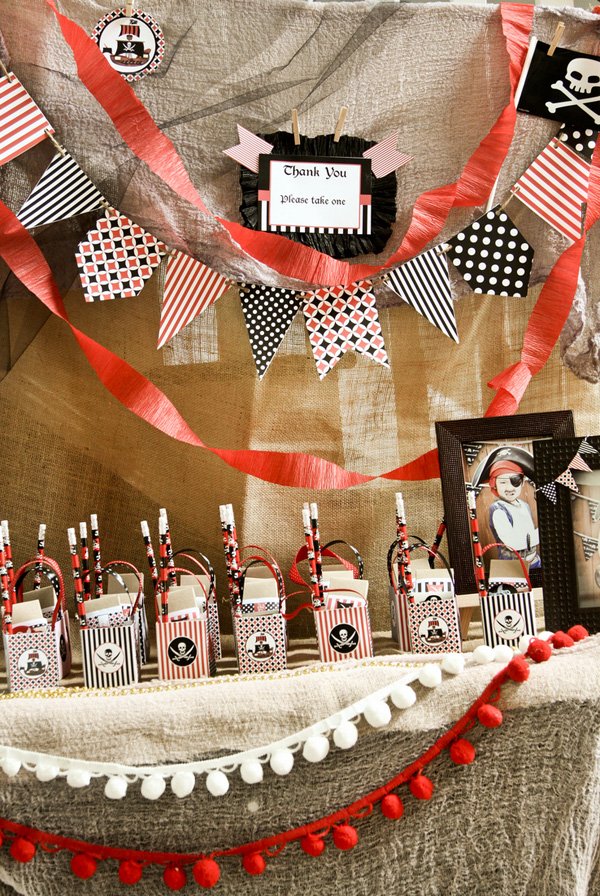 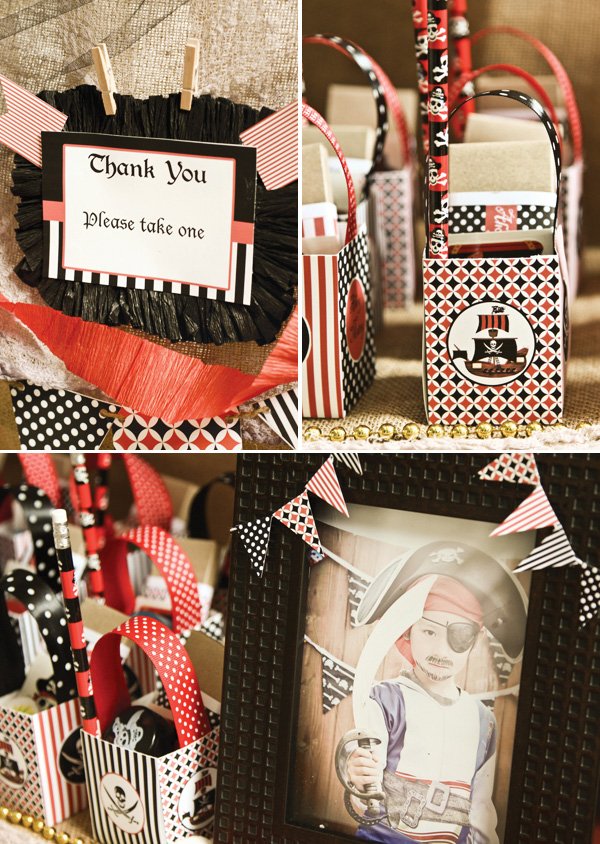 This vintage pirate party was filled with neat antique props from my husband’s family. Miniature suitcases for photo slides and cosmetic case from the 40s and 50s. It was the perfect timing that we inherited these items days before the party. The display wouldn’t complete without them.

I spent lots of time looking for the perfect pirate birthday printable and I found them at CupcakeExpress. Ashley created the ideal pirate theme party package that was not too cute for a 6 year old boy and had lots of character. I had way too much fun with everything and spiced them up with tulle, streamer, burlap, etc.

FAVORS
Favor boxes were made with printable from CupcakeExpress and I glued ribbon as the handle. Included mini color pencil, eraser, pencil sharpener, and tattoo.

Photo Booth: We had a full table of props for the kids. All the kids dressed up as pirates and had tremendous fun posing for me. I love all the little pirates running around and enjoying the party.

Treasure Hunt: The treasure box had LOTS of chocolate golden coins and crayon skulls and bones we made.

Water Balloon Fight: We decided not to have them fight at each other but to create a ship for them to throw water balloons at. My husband, the pirate ended up standing in the back as target. 100 balloons were gone in less than 3 minutes!

Pinata: I made this tougher than I thought. I was afraid the candies were too heavy so I added extra layers of newspaper. In the end, no one could break this skull! We ended up tearing apart with help from the kids.