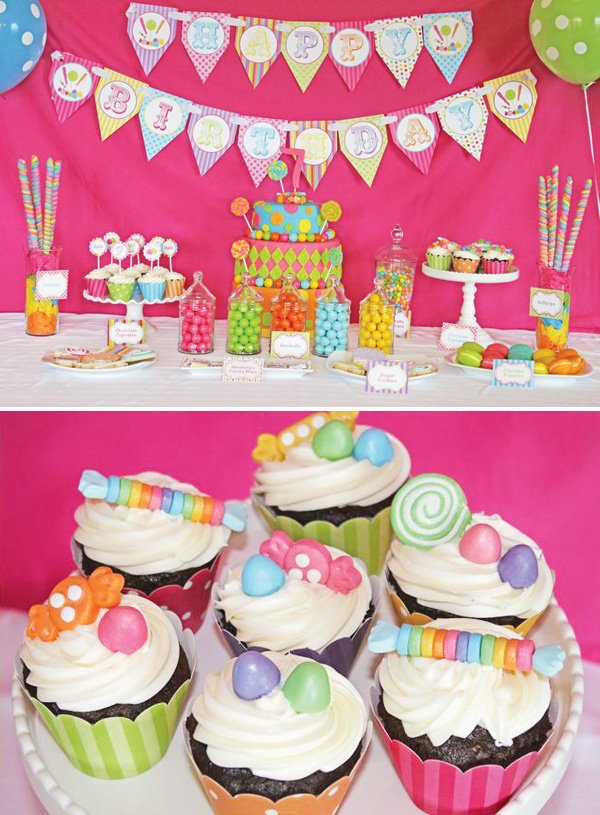 I love the vibrant, energetic vibe that Ashely of Cupcake Express whipped up for daughter’s whimsical Candy Shoppe Birthday Party… you can almost feel the sugar rush just looking at it! ;) Make sure to check out the unicorn lollipop vases filled with colorful tissue paper – such a clever and affordable way to “bookend” the dessert table. 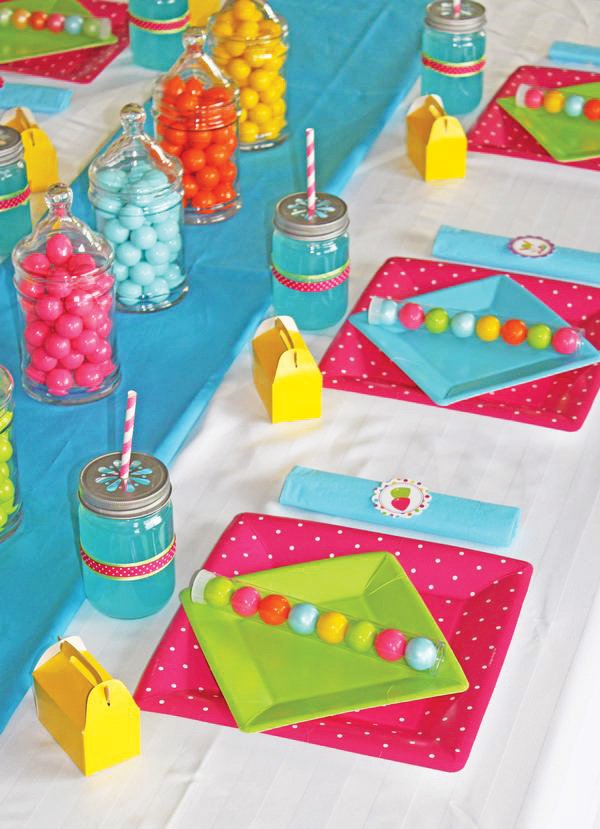 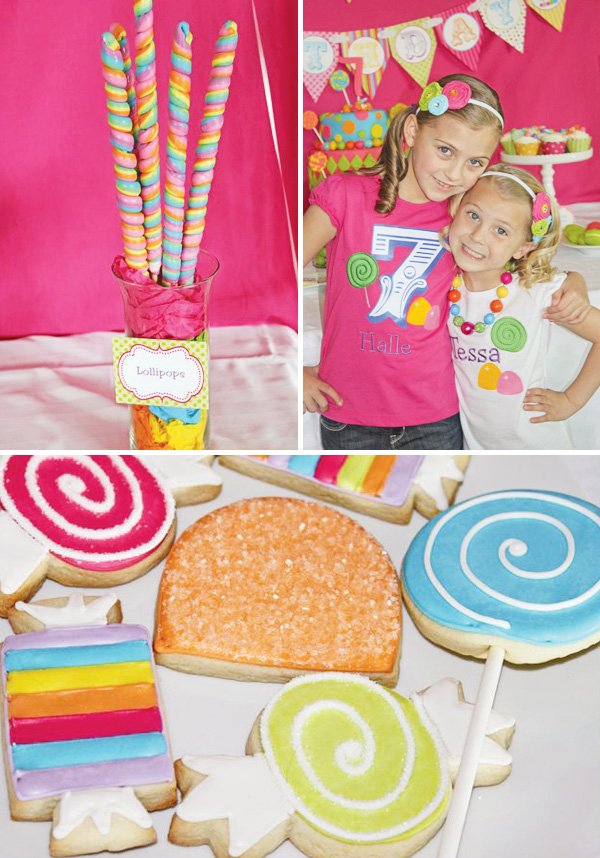 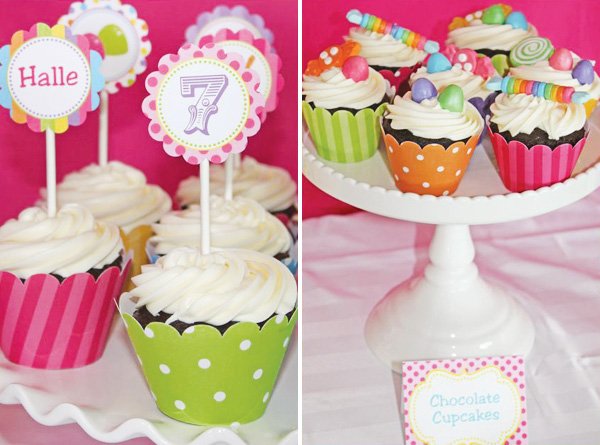 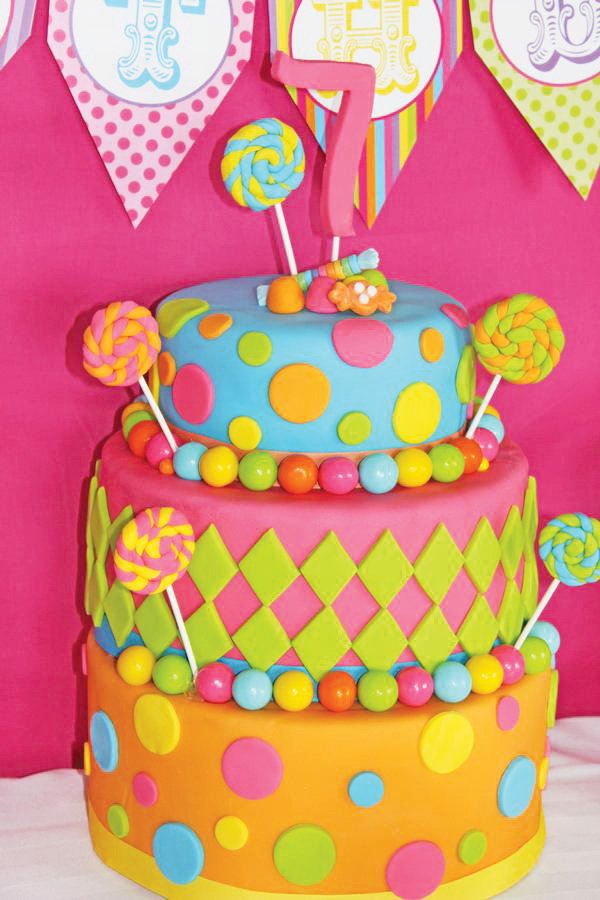 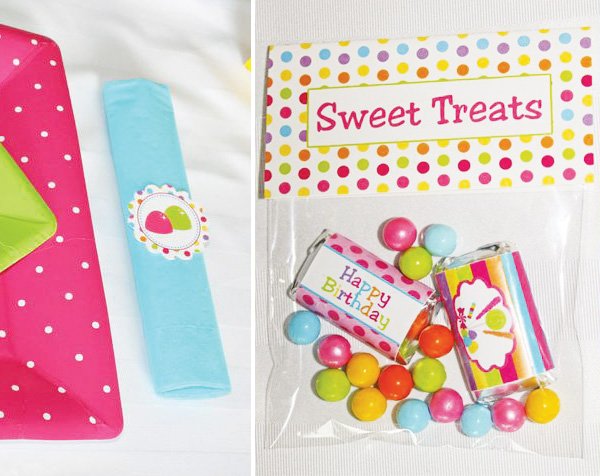 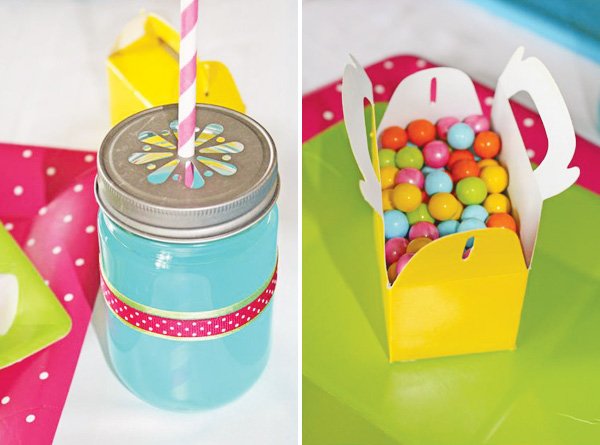 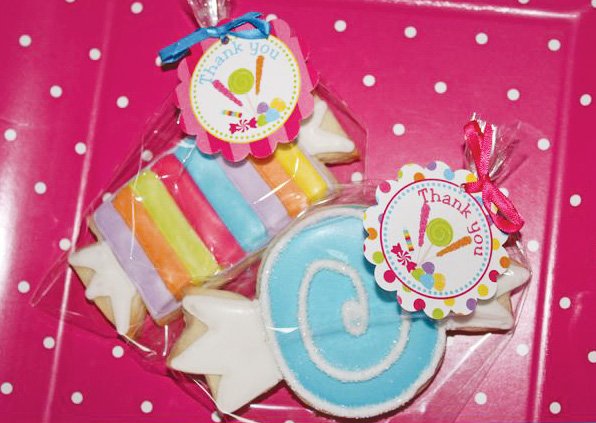 My daughter had been bagging for a Candy Shoppe Party ever since her last birthday. So I started designing her Candy Shoppe Printables, they turned out great and she helped with the designs every step of the way.  So played a big part in the designs and told me what she likes and disliked :-)

I didn’t want to do your typical candy shoppe party with tons and tons of candy so we stuck with some candy and added some cupcakes and sugar cookies for the dessert table.Then she told me she wanted a big bright cake with gumballs and lollipops. I am not a cake decorator so I stuck with simple designs such as circles, diamonds and ribbon to cover the bottoms of each cake layer!

I had also seen a post on Pinterest with cupcake poppers, so I attempted those (they were a little messy and not as easy as they looked), but sure did taste good and the kids loved them , they could just grab and eat in a few bits. I contacted Lynlee North Beckett from Lynlee’s Petite Cakes and she designed some awesome fondant cupcake toppers that went perfectly with her party. I also got some amazing candy shoppe sugar cookies from  Ira from the The Cookie Jar. Over all her party was a big hit and everything she had wanted for her candy shoppe party!