GET 20% OFF YOUR ORDER with code: MAKEITFUN
Skip to content
July 4th / Patriotic 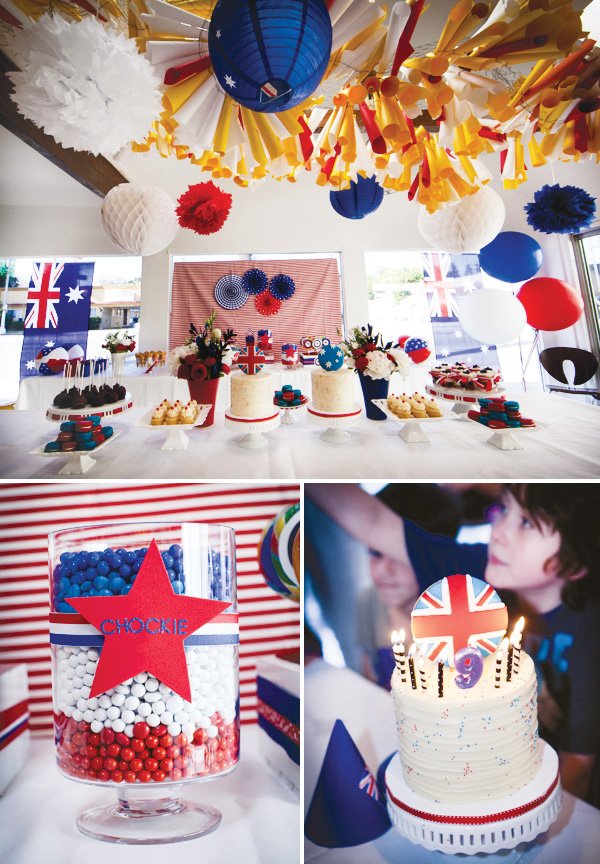 Patriotic parties aren’t just for designated holidays! And here’s a FANTASTIC example… Lucinda created this beautiful Red, White & Blue Aussie Party (inspired by the Australian flag) for her two sons, who happen to celebrate their birthdays just 3 days apart. Fabulous red, white, and blue desserts and creative decorations were just the beginning… scroll through her full album (link below) to see all the fun had at COOP too! 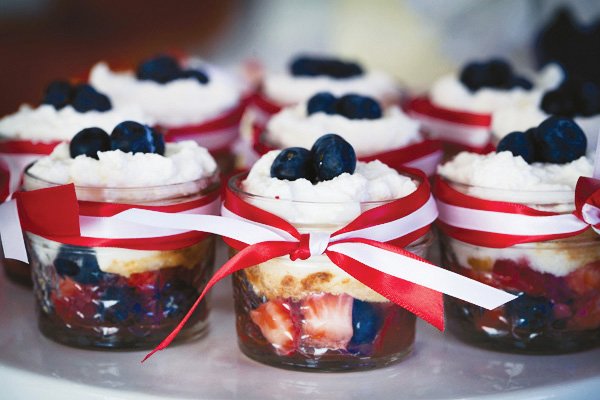 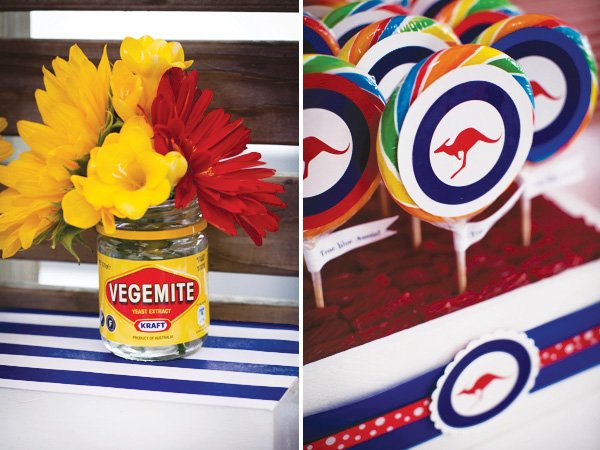 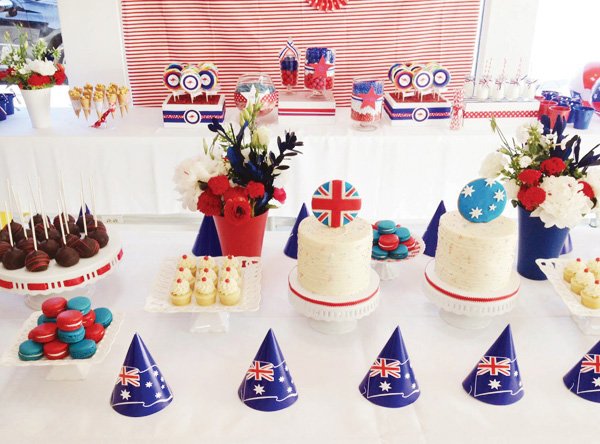 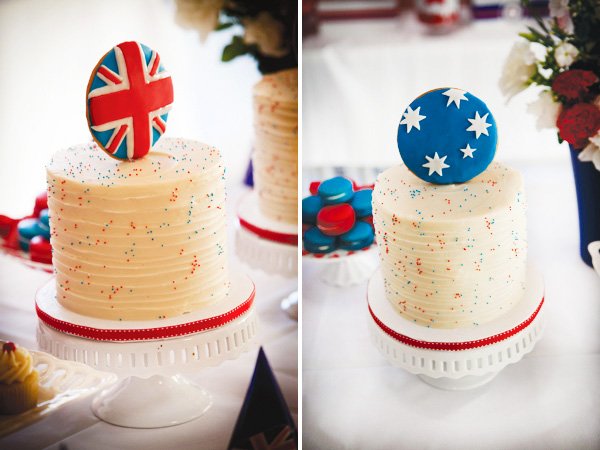 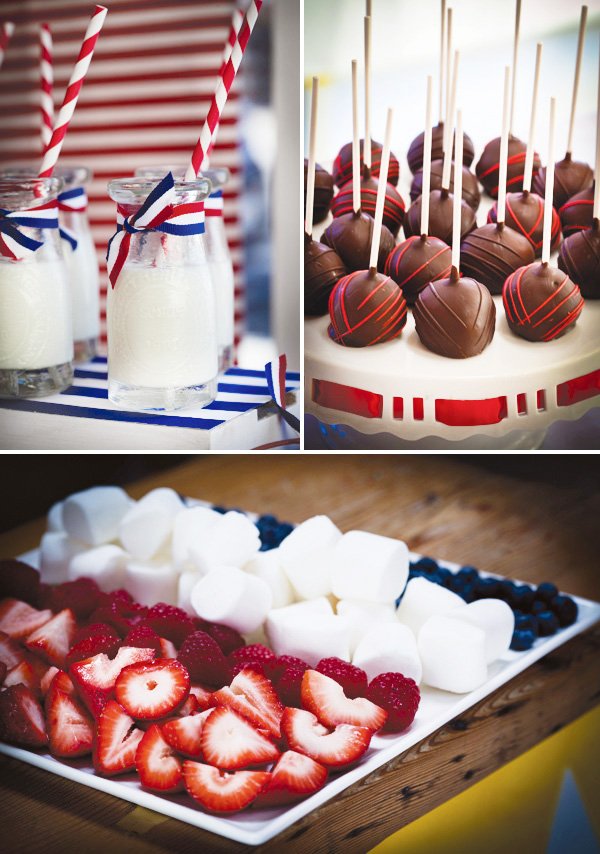 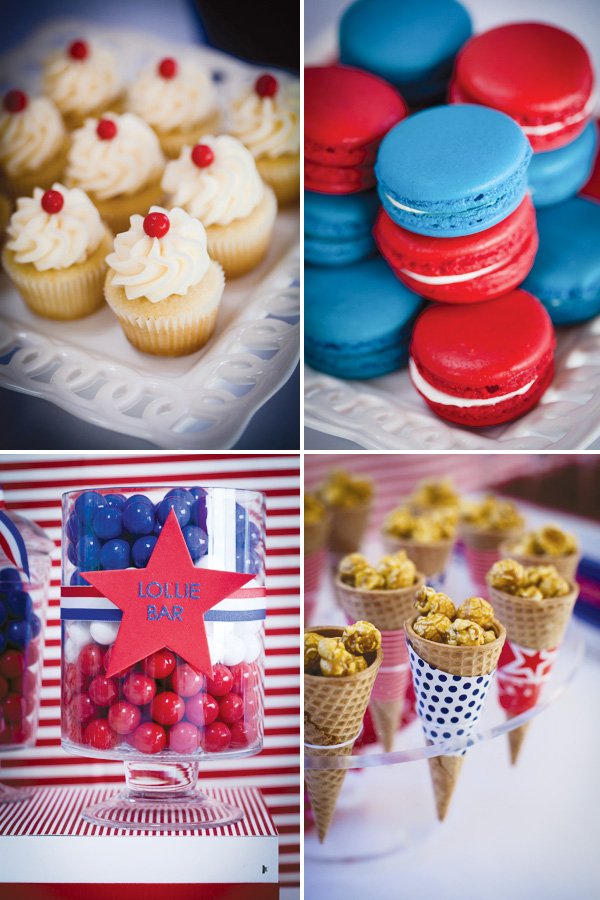 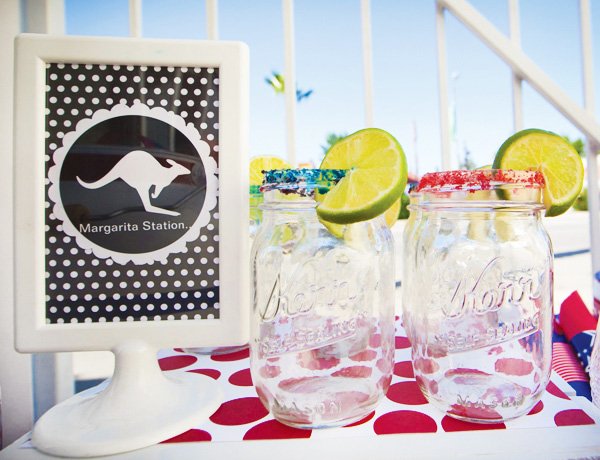 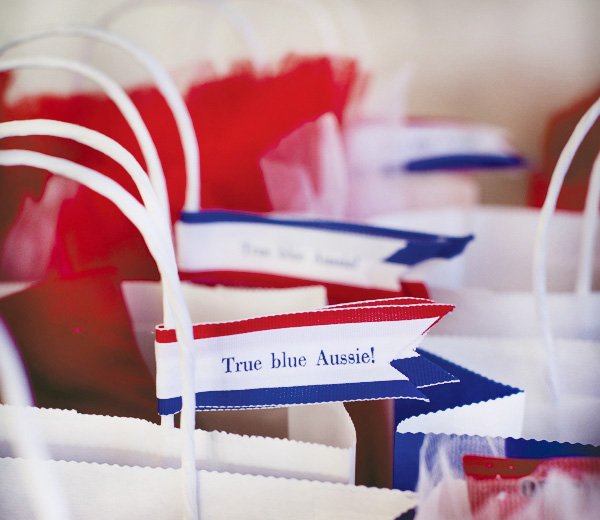 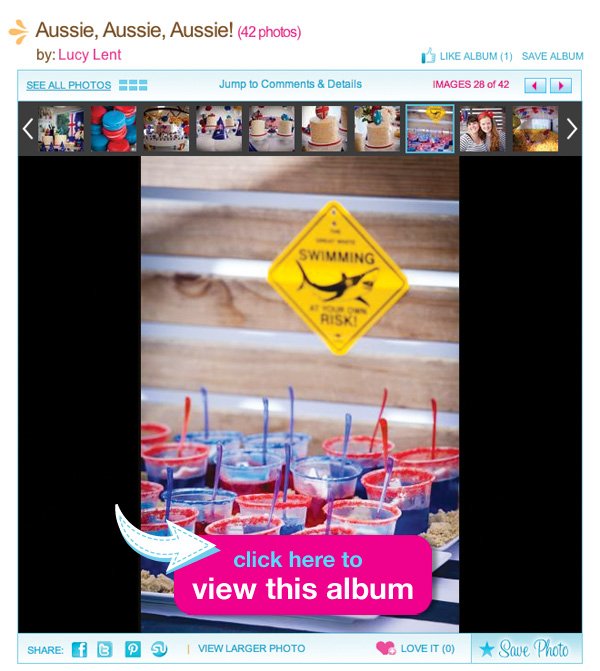 PARTY DETAILS, as told by Lucinda…
:

My name is Lucinda Lent and I recently threw an Aussie party for my 2 sons. I decided to go with the Australia flag colors red, white and blue. As we live in the US that was perfect as obviously American colors are red white and blue too, so would also work great for a fourth of July theme. The party was held at the COOP a kids play and party space in Studio City.

I went with white tablecloths and hung red white and blue tissue balls along with Australia lanterns. I blew red white and blue gigantic balloons. I had a lollie shop on the back table (lollie is Australian for candy). I painted cheap wooden crates white and added ribbon and printed paper to make all my stands. I did milk in vintage glass bottle that I found at a thrift store.

I had Julie of bluecupcake make the deserts and asked her to do red and white macaroons as well as red white and blue parfaits. I had her incorporate the flag into the 2 cakes.

Outside I made blue and red jello with gummie sharks and vegemite sandwiches. I used my left over vegemite jars as vases. I also found some great and cheap red white and blue vases at Ikea.

Greg Fiore Photography took all the photos for me. It really was a magical party!