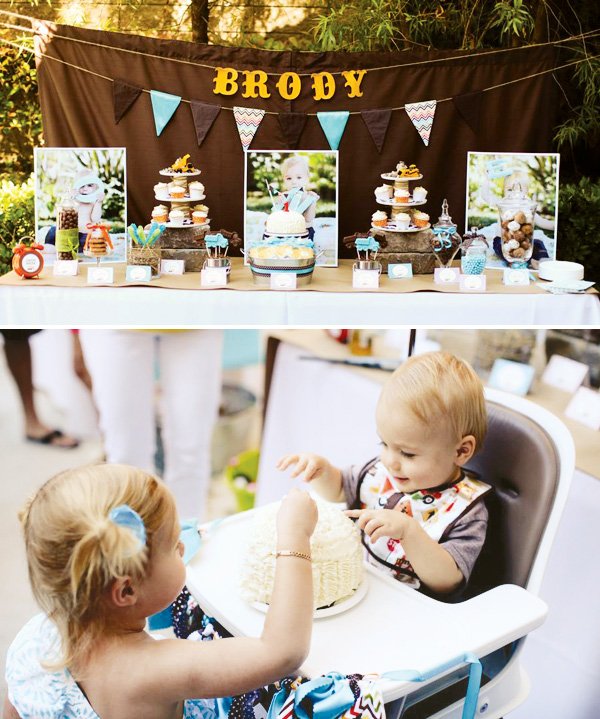 CAUTION! You may want to put on your hard hat to handle the loads of creativity in this Construction First Birthday Party! I absolutely love the story about the inspiration for this party too… Shannon Roache of Very Pretty Parties started construction for a pool right before Brody’s birthday – and instead of worrying about the mess she totally made it work to her advantage! Pint-sized party guests were “put to work” with construction plan coloring sheets and construction toys… then “paid” handsomely in cupcakes, candy, and toy dump trucks to take home. ;) 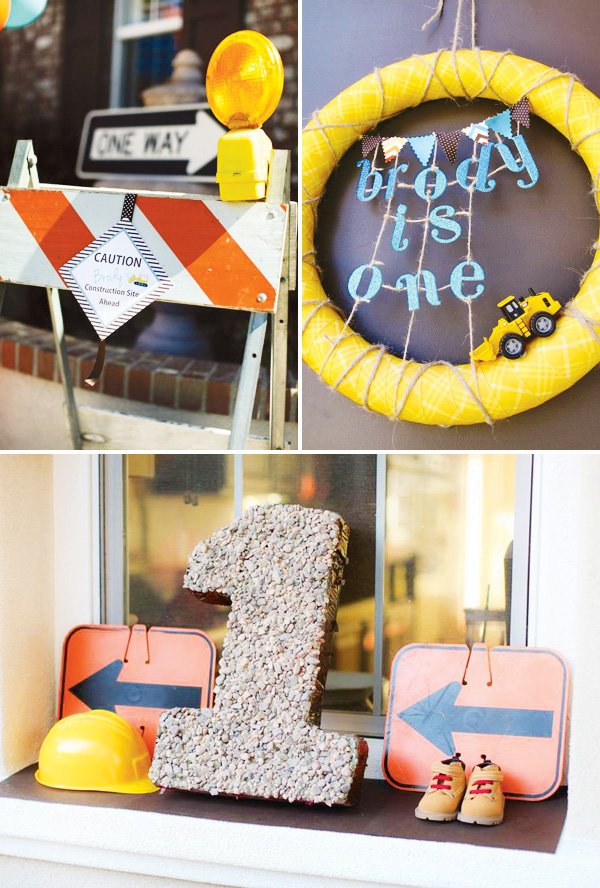 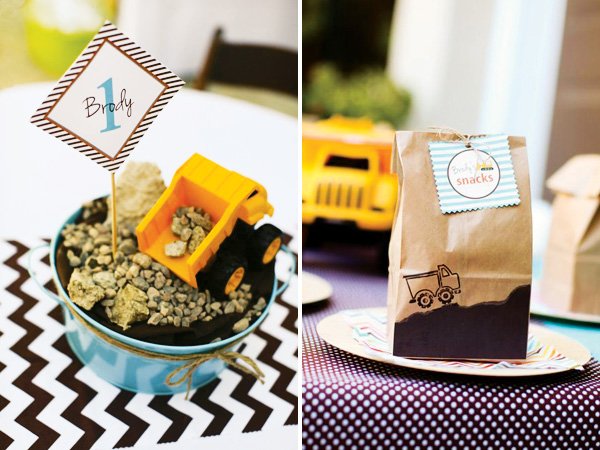 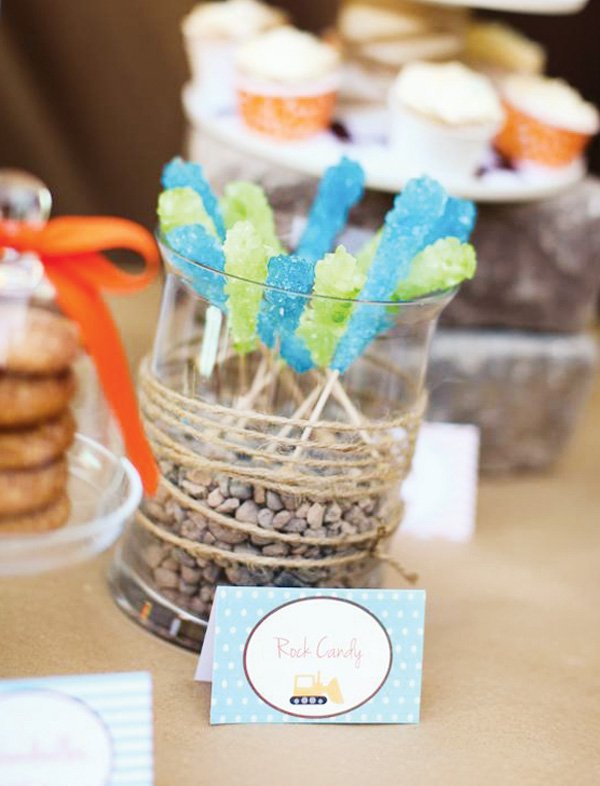 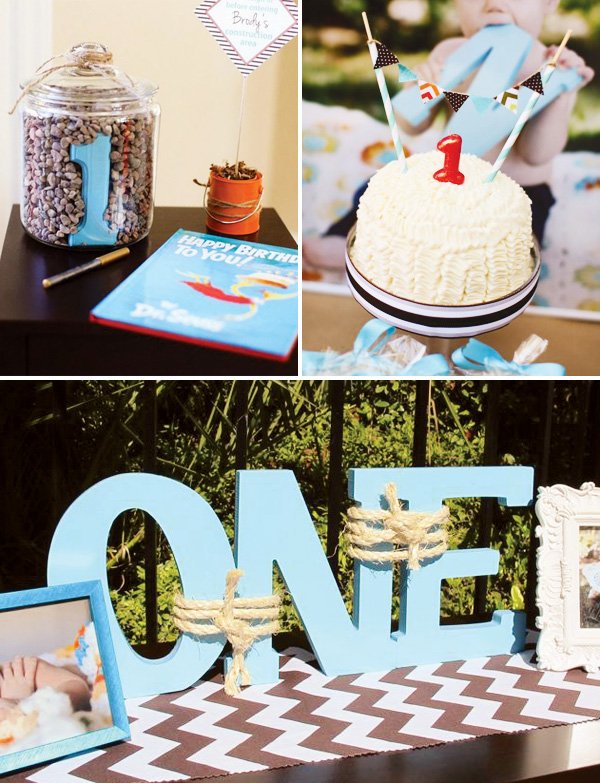 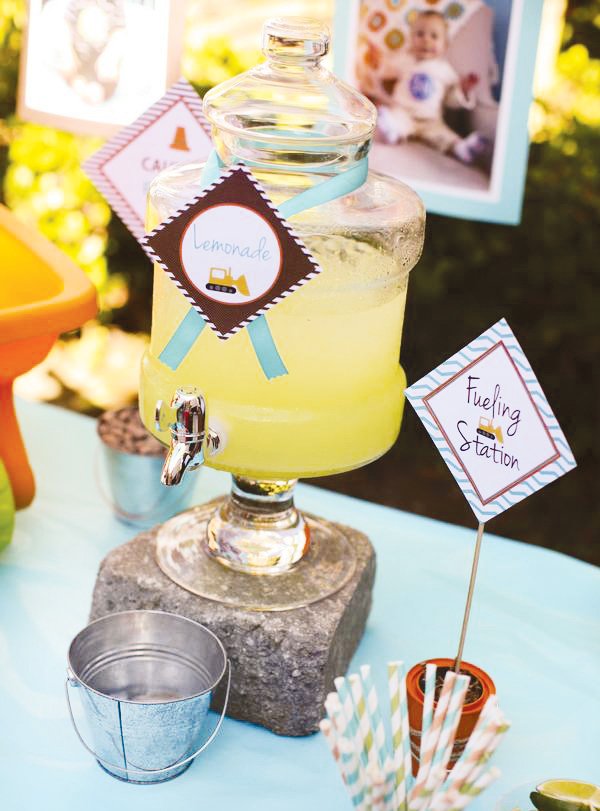 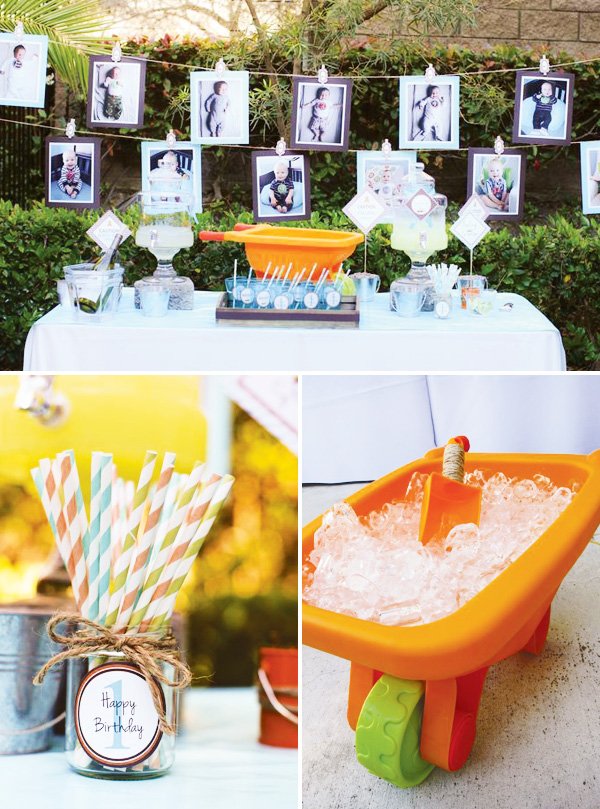 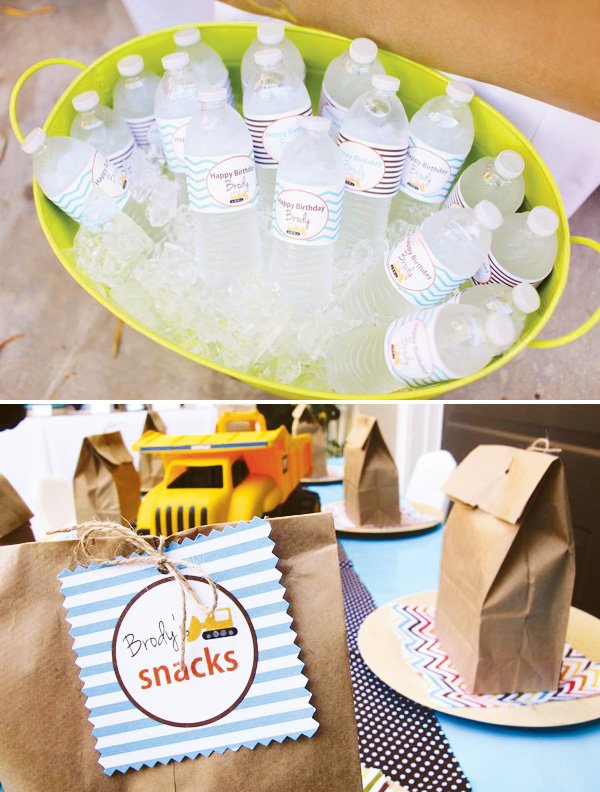 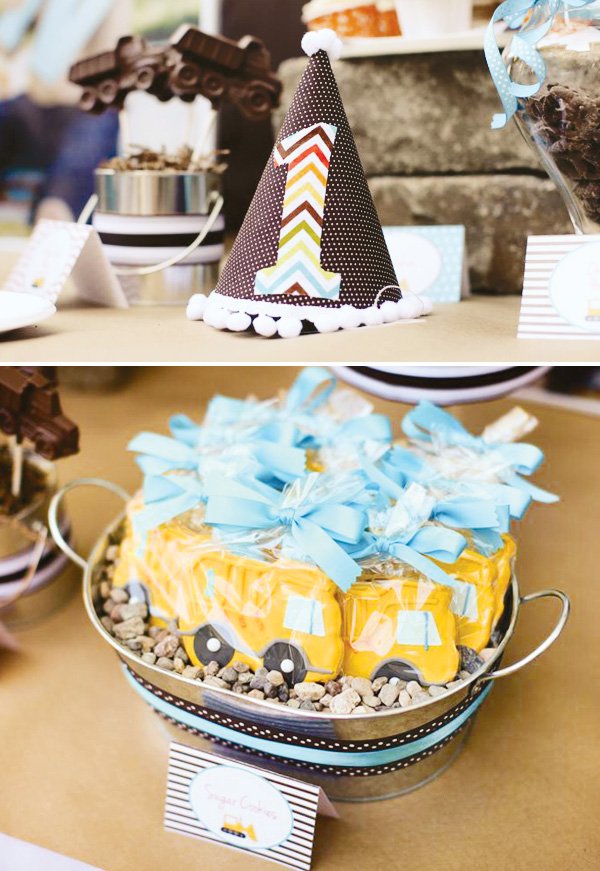 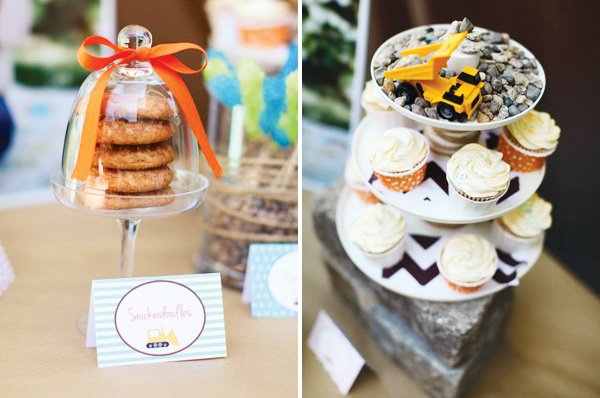 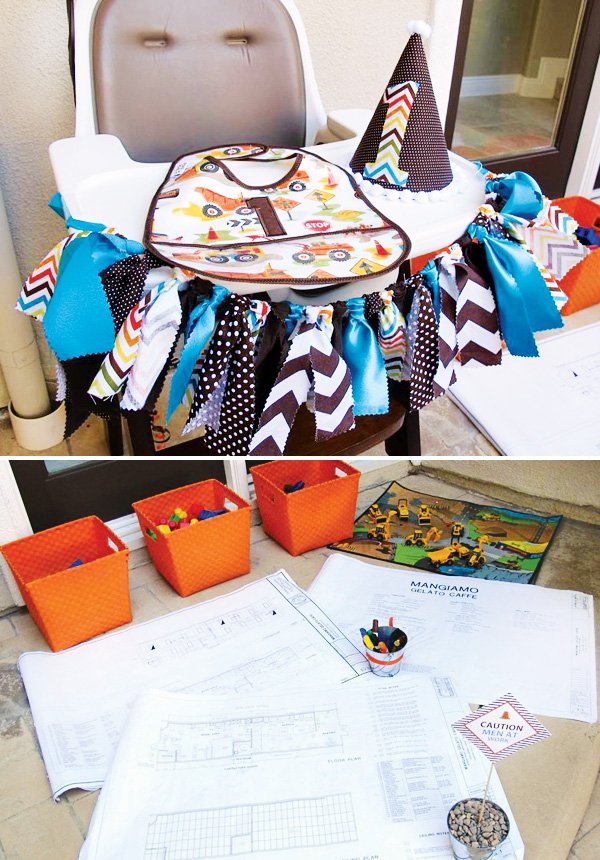 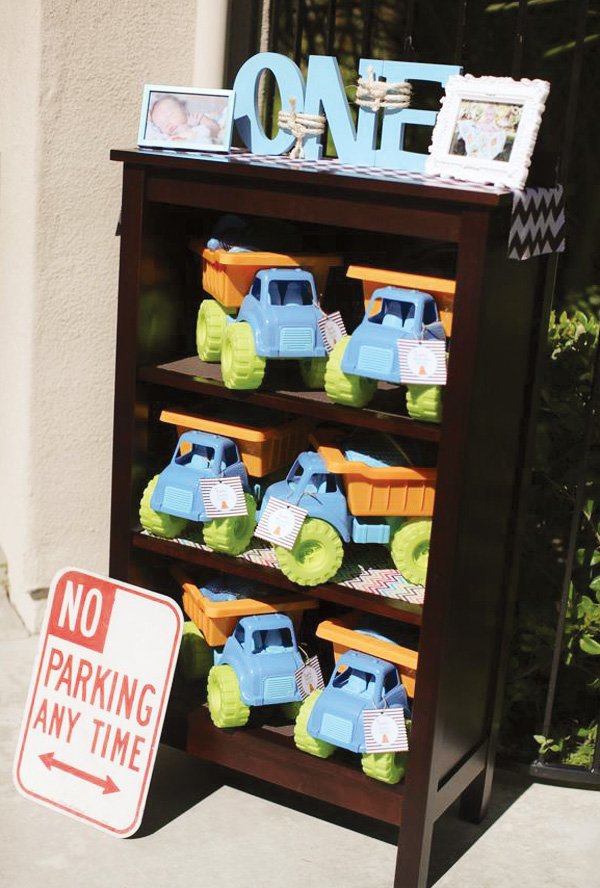 With construction for a new pool scheduled to begin 2 weeks before my son Brody’s 1st Birthday, I knew I was going to have a huge mess to somehow work around.  Instead of worrying about it, I decided to incorporate it and therefore his construction theme was born.

Although I chose a construction party, I still wanted it to look like a first birthday party so I had to be creative in order to make construction vehicles and tools look cute! I also added a lot of other elements that highlighted Brody’s big milestone.  There were pictures from his newborn and 1 year old photo shoot as well as a huge display of his monthly growth.

I designed and made most of the party decorations including a door wreath, fabric bunting, fabric garland, table runners, birthday hat, printables and “1” elements everywhere!  My dad is a general contractor so a ton of borrowed construction signs, cones and barricades also helped set the scene.

I purchased Dr. Suess’ Happy Birthday Book and all of the guests were asked to “Sign in before entering Brody’s construction zone.”

For food, we had a taco cart, Lemonade & Margaritas, tons of sweets and my parents even brought their gelato catering cart! Each of the kids were given a snack bag filled with kid friendly treats and each family was given a Dump Truck beach set to take home as a party favor. The party was a ton of fun and Brody as well as his sister Ashlyn had a great time!