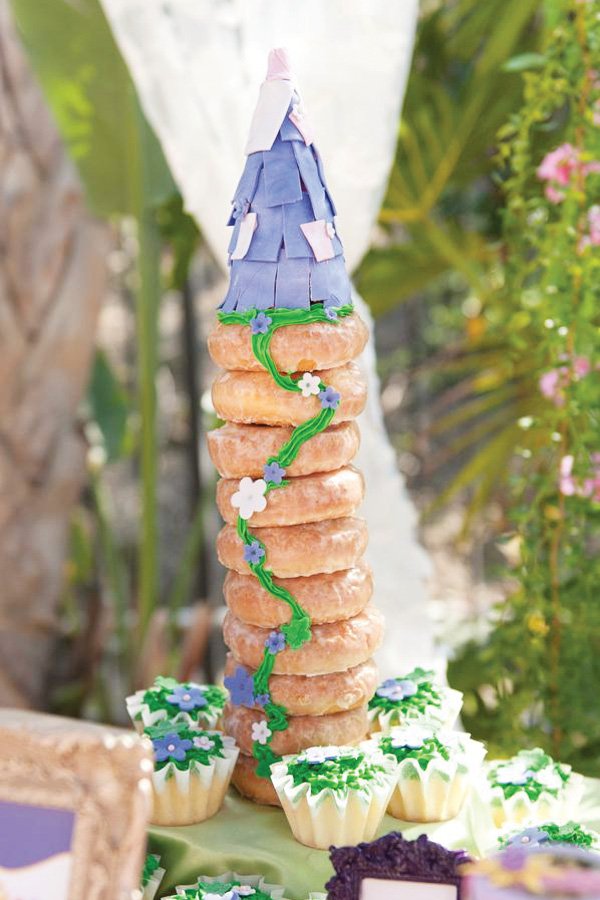 Birthday girl Ashlyn requested a princess Rapunzel party for her 4th birthday and mommy, Shannon of Very Pretty Parties, got creative & playful with it! She designed a Whimsical Tangled Birthday Party decorated with yellow yarn “braids”, magical lantern centerpieces and flowers galore! And the princess herself even came for a visit while the adults enjoyed the Snuggly Duckling Pub! ;) 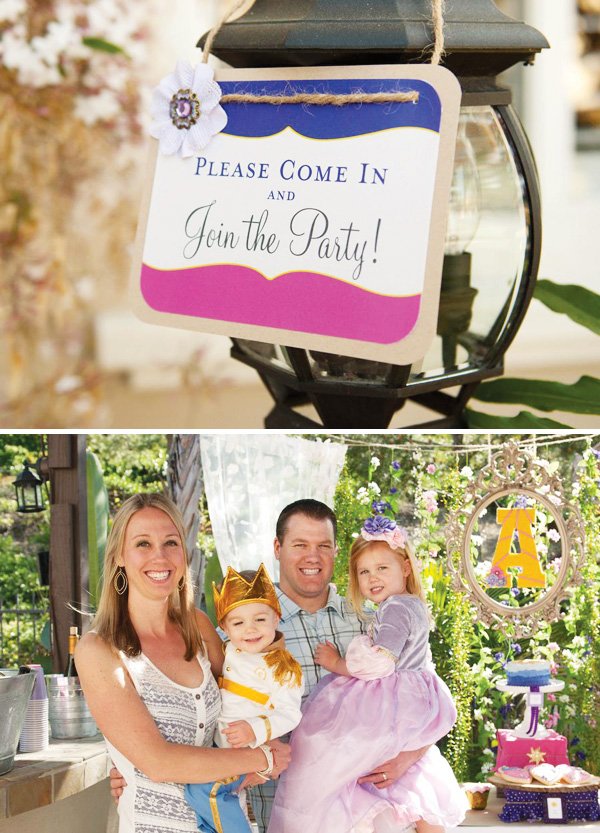 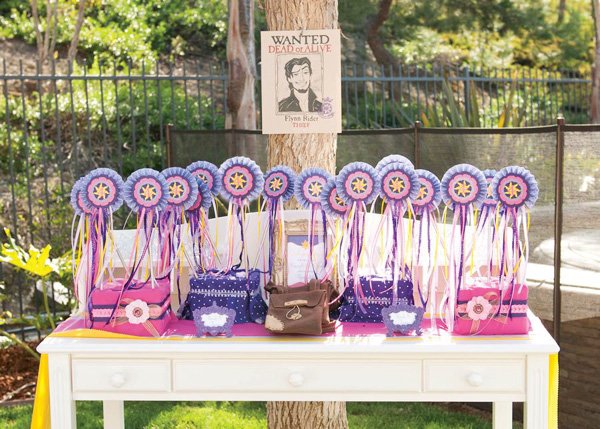 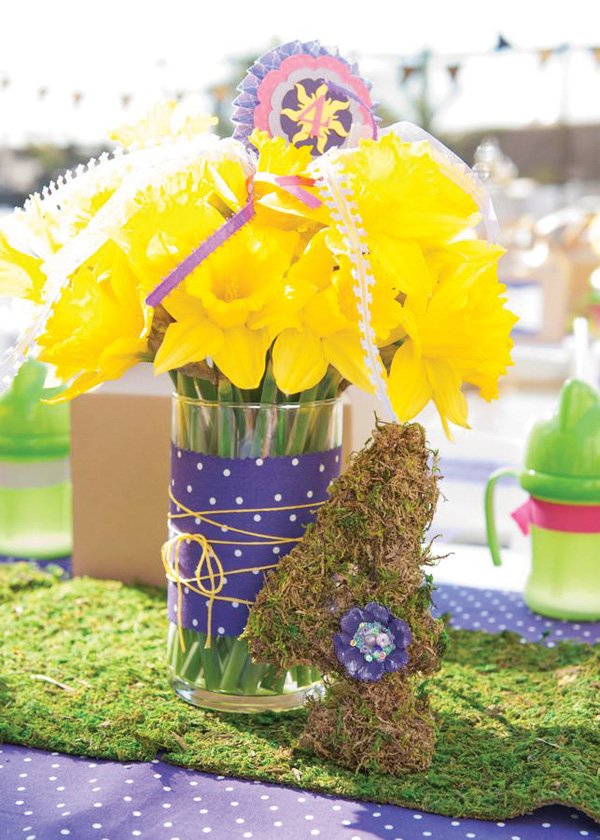 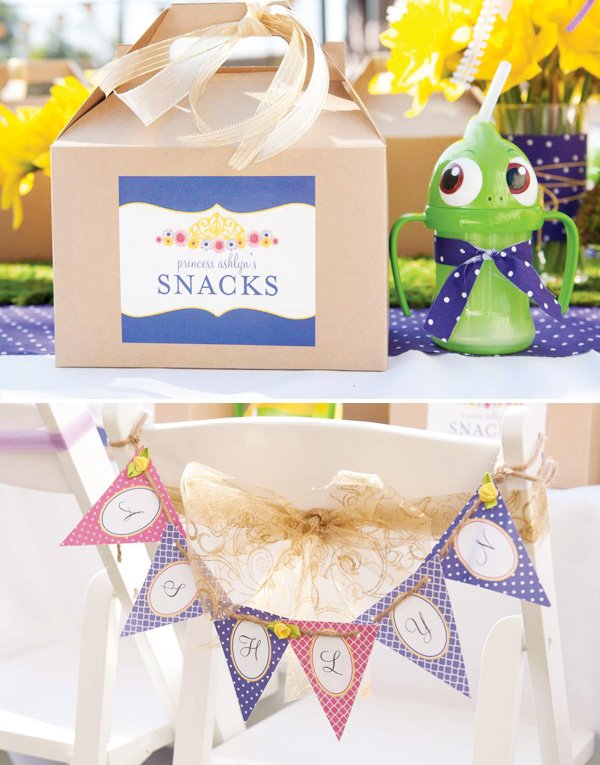 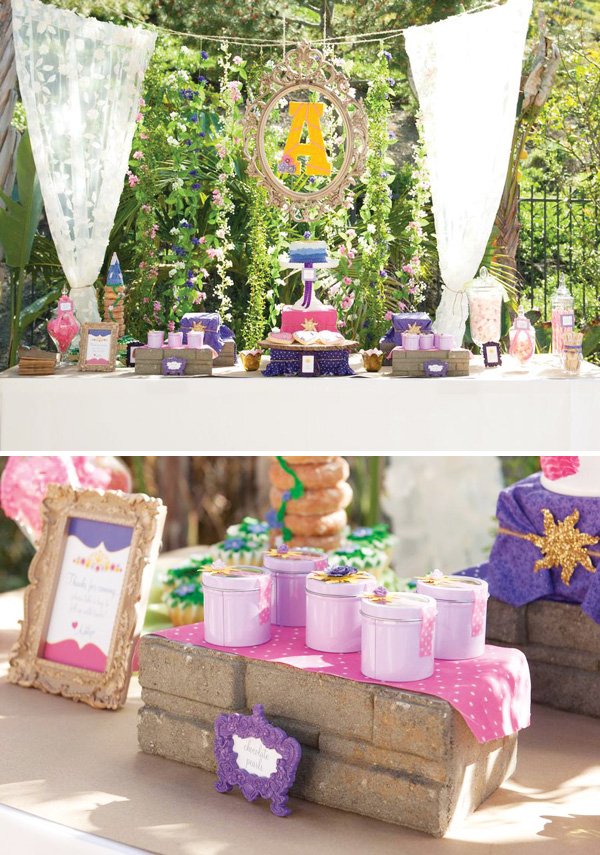 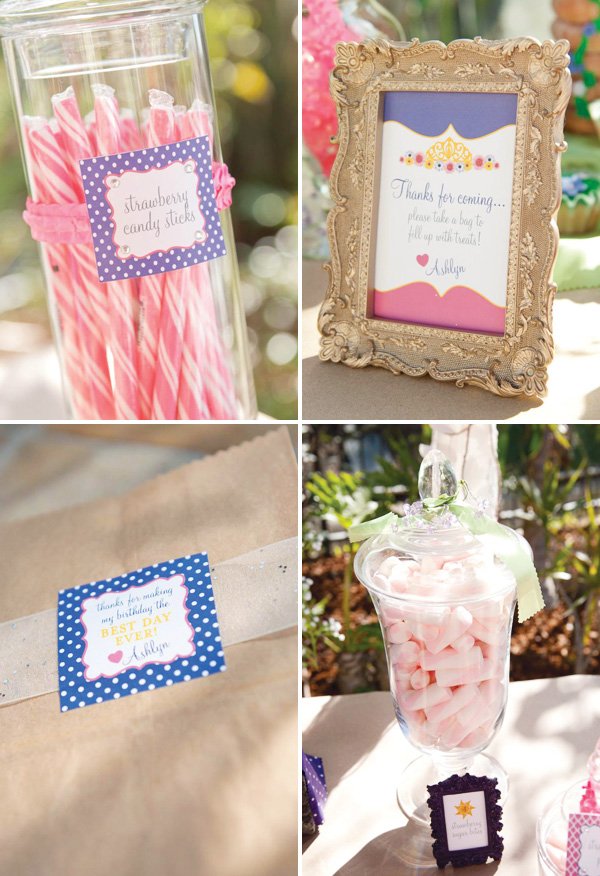 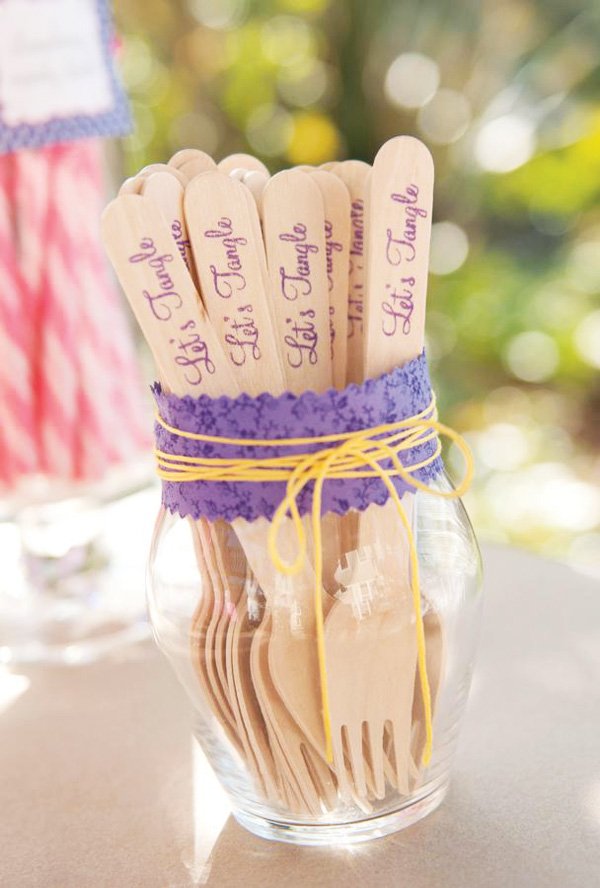 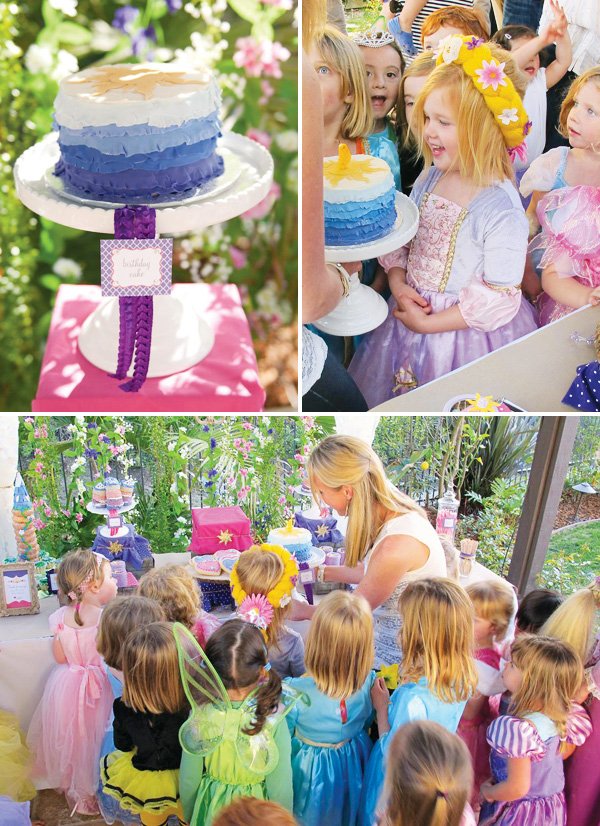 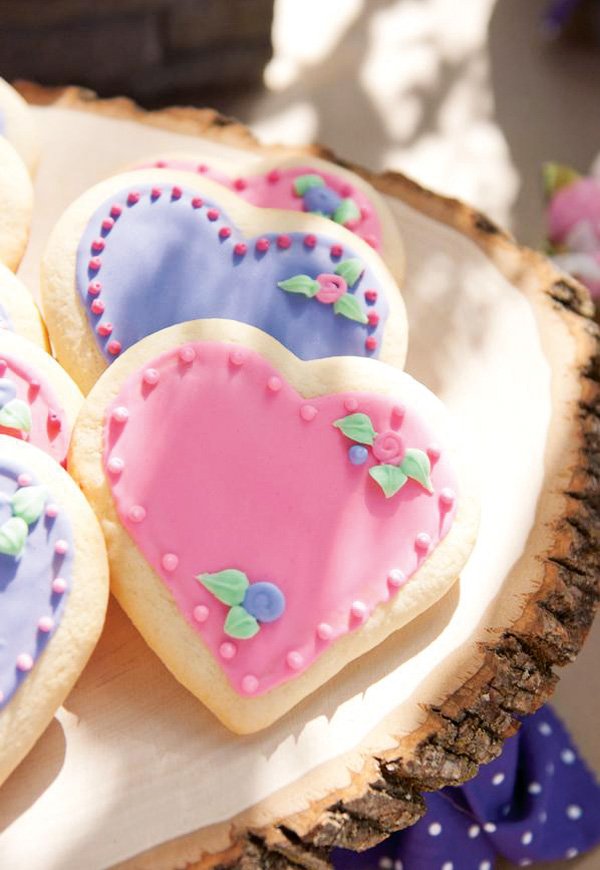 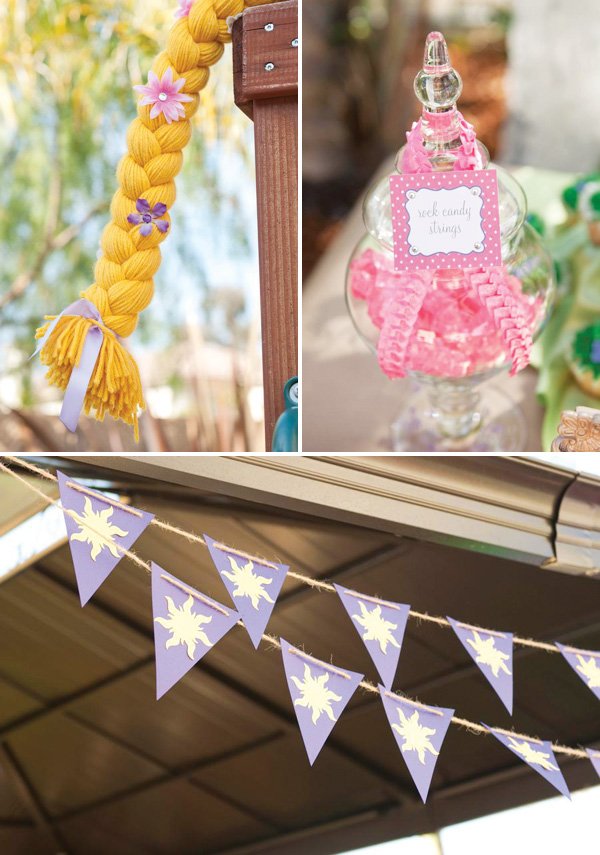 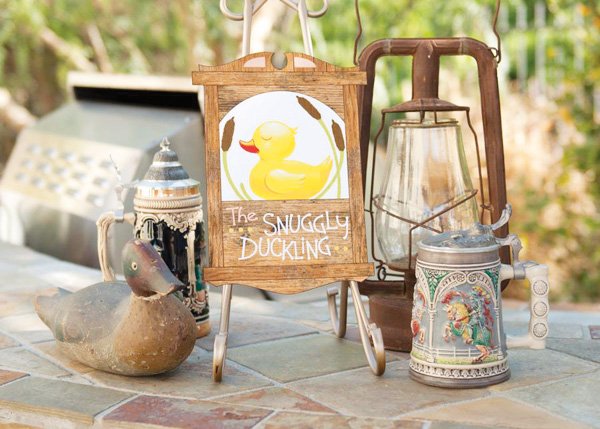 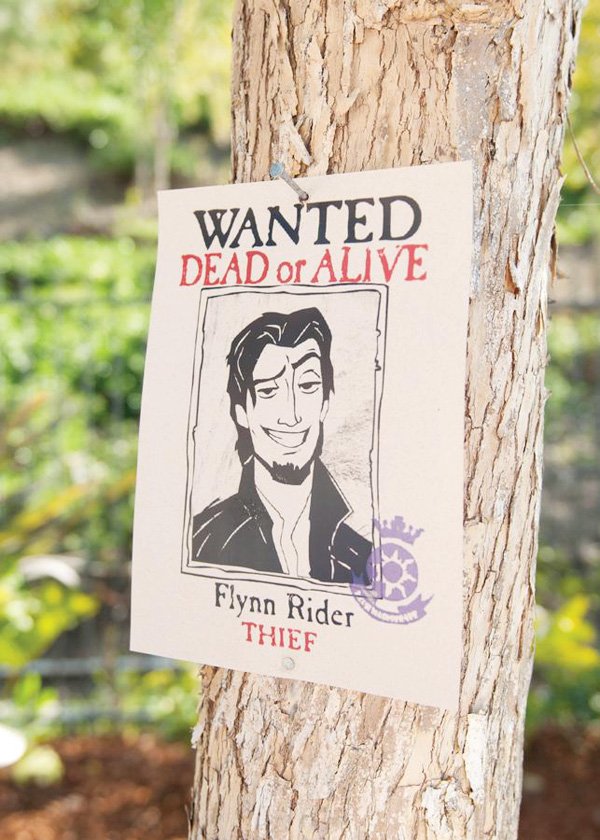 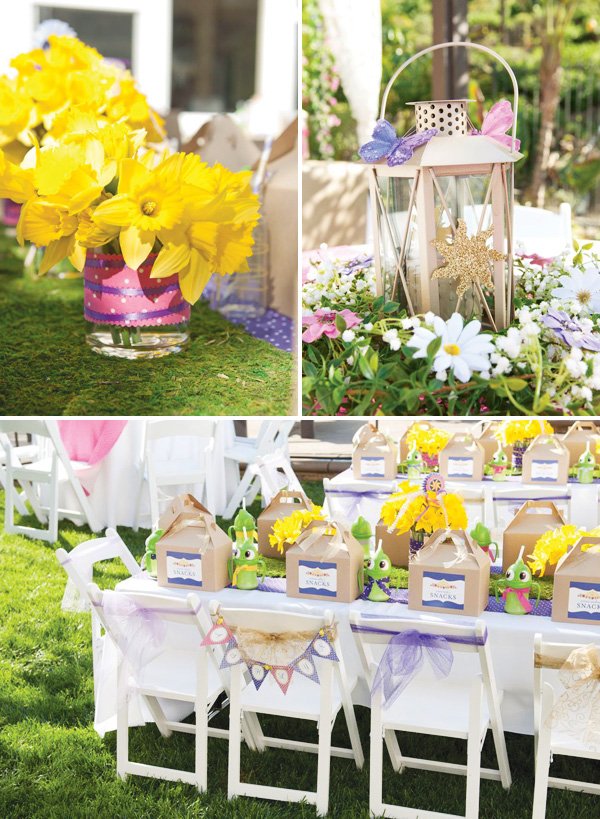 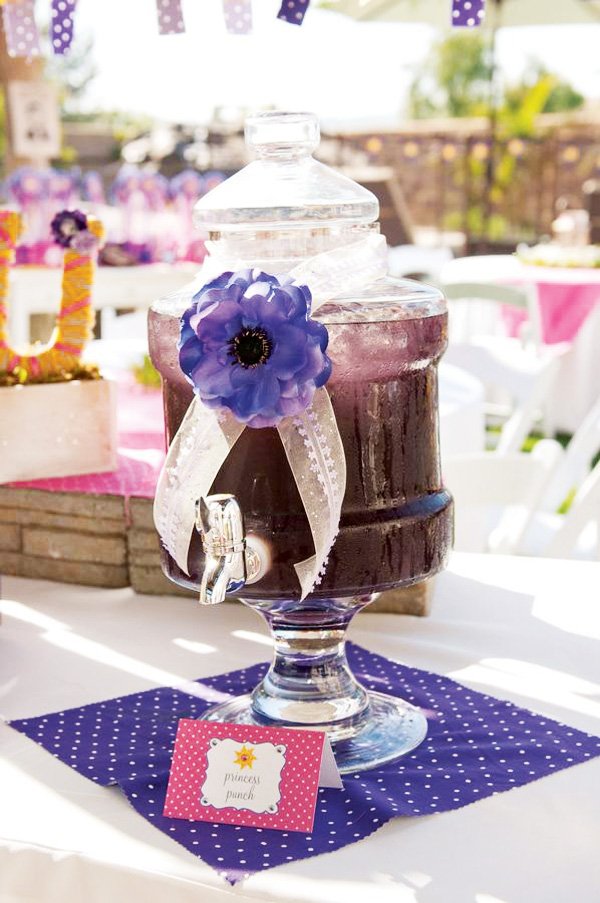 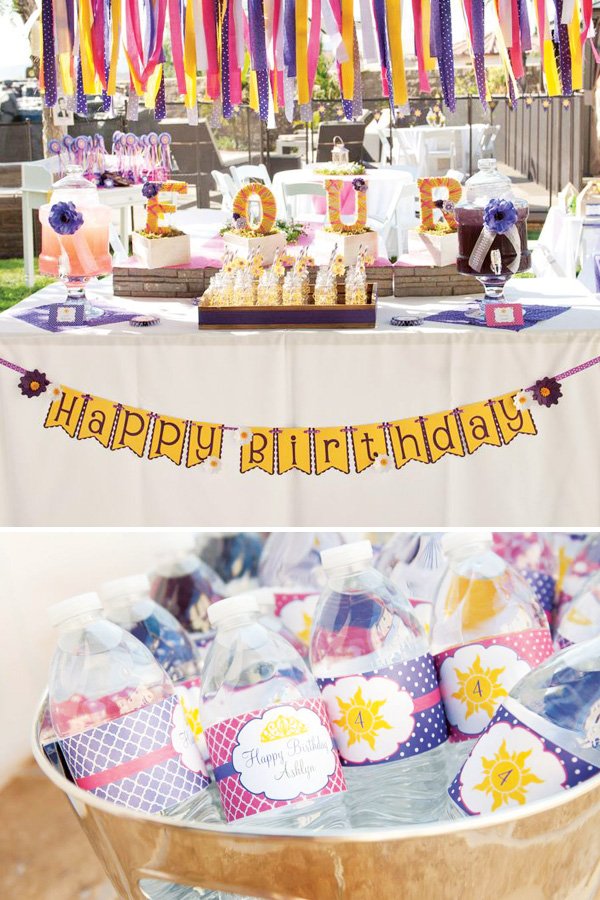 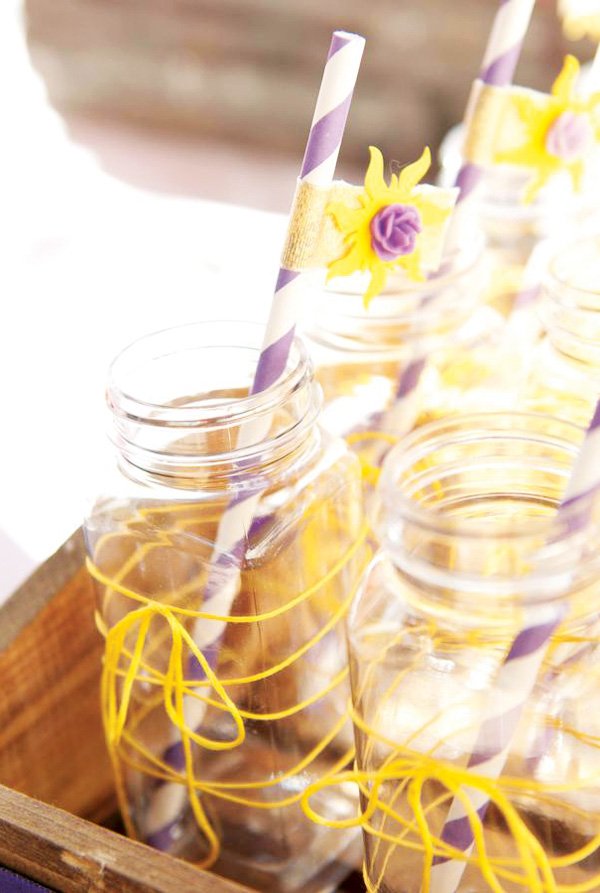 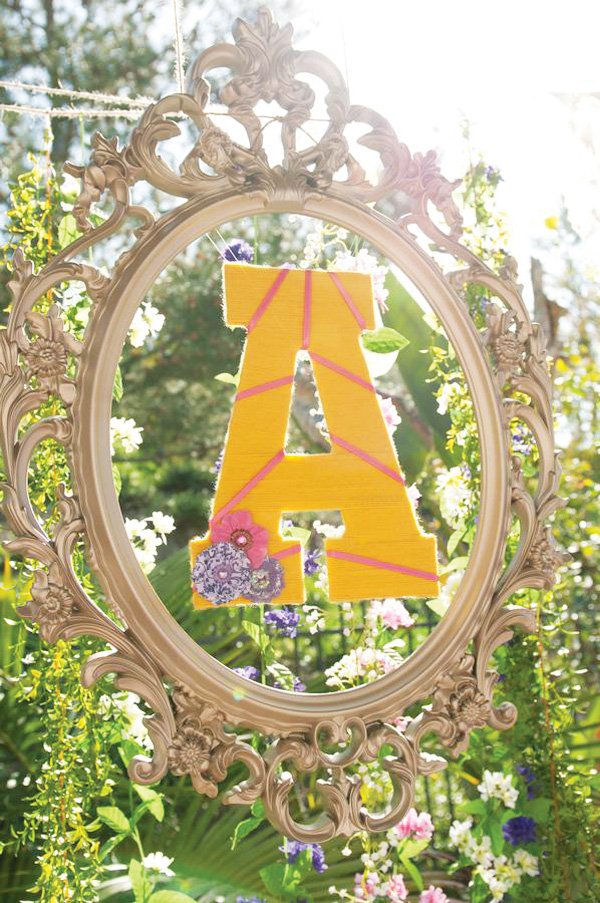 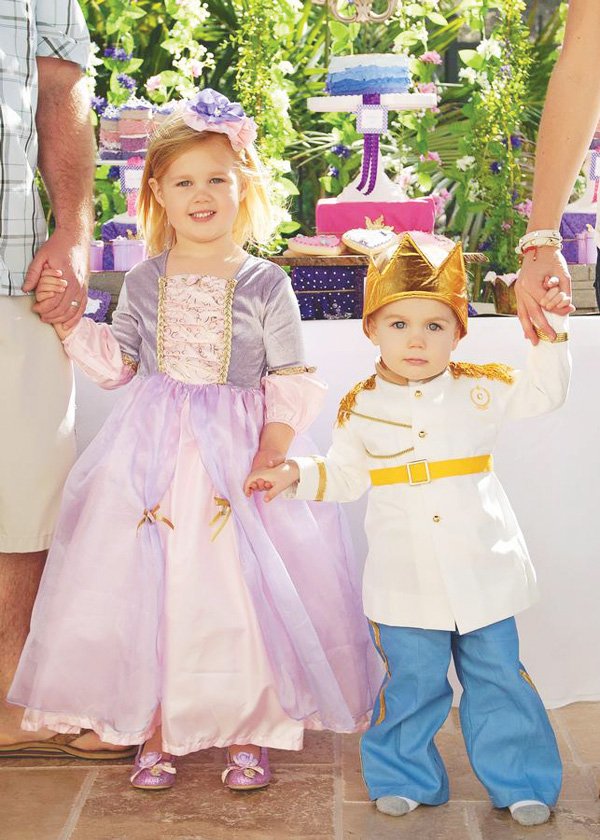 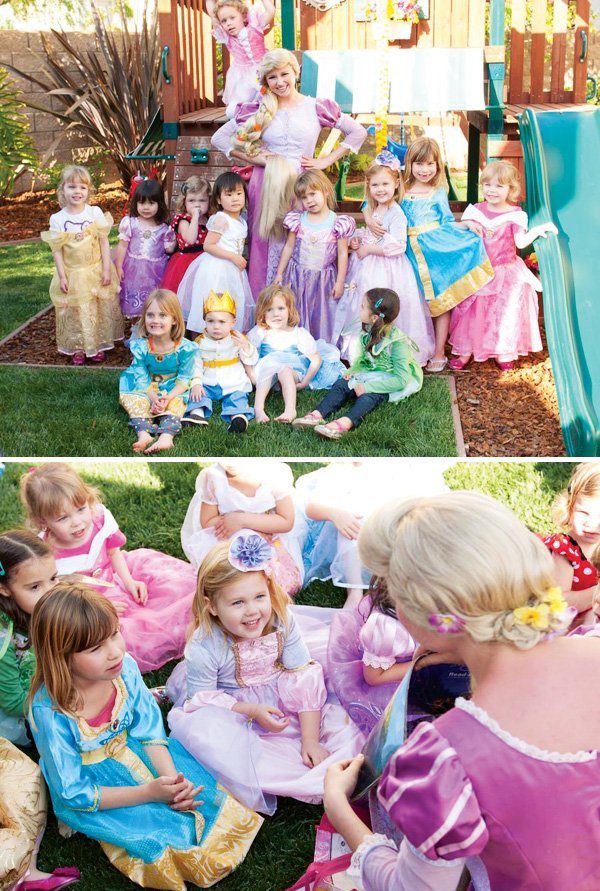 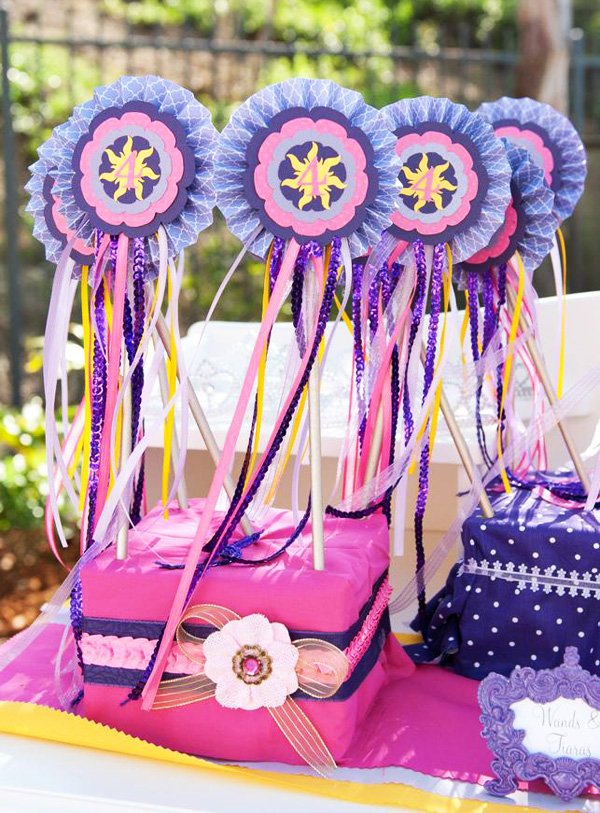 This year was the first year that I didn’t have complete say in what my daughter’s birthday theme was going to be. She had a very strong opinion on the subject and decided she had to have a Rapunzel/Tangled Party. Although I have to admit I wasn’t super excited about the idea, she was, so we went with it. I wanted to make her party bright and fun and wanted to include a lot of enchanted forest aspects. I designed the invitation, all of the coordinating party printables, and made most of the party decorations.

For the cake table backdrop, I draped floral vines and hung a frame with my daughter Ashlyn’s initial in it that I “tangled” with bright yellow yarn. I also found some amazing decorative cinder blocks that looked like Rapunzel’s Tower Bricks at Lowe’s that I used as bases for some of the sweets.

The drink table was also decorated with Tower Bricks as well as the word FOUR tangled in yarn. The kid’s tables had bright polka dot fabric table runners covered with moss runners and tons of bright yellow daffodils. Each child was given a personalized gable box with snacks in it and a Pascal straw cup. All of the princesses also received a tiara and handmade wand while the boys received Flynn Satchels.

They all had fun bouncing in the bounce house and climbing “Rapunzel’s Tower” which was our outdoor play equipment draped with a 10 foot braid. The highlight on the party was the look on the children’s faces when they saw Rapunzel walk through the door. They were so excited to read books and sing songs with her while the parents relaxed at the “Snuggly Duckling” Pub. It was a beautiful day and everyone had so much fun, especially the birthday girl! She is still talking about her party and how much she misses her new Best Friend Rapunzel!