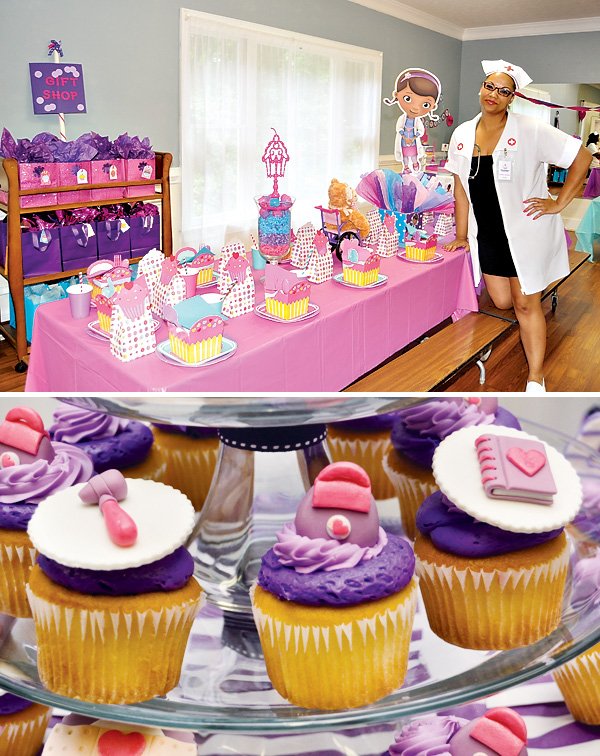 Some TV shows just lend themselves to the most creative party themes! Doc McStuffins inspired Helena of Helena’s Planners to “fix up” an amazing Pink & Purple Doc McStuffins Party with a cupcake twist for her daughter’s 4th birthday! With a medical themed dessert table, cute cupcake lunch boxes, and adorable group of mini-me Dottie’s (+ their cute fluffy patients), this party is overflowing with inspiration of its own! :) 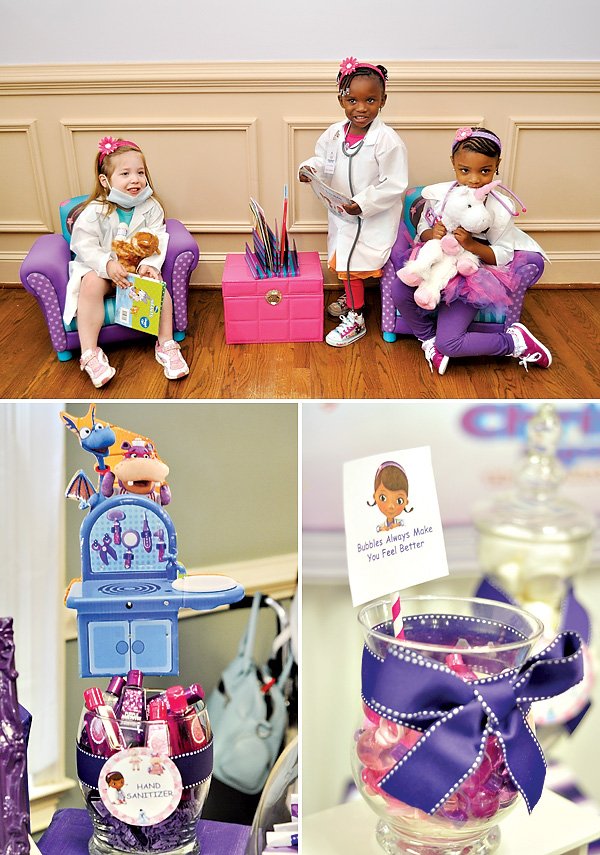 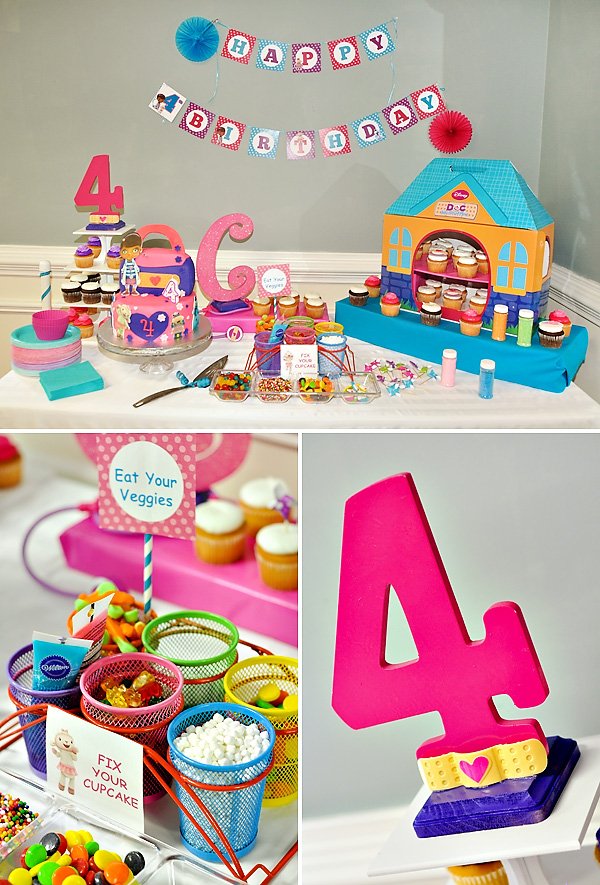 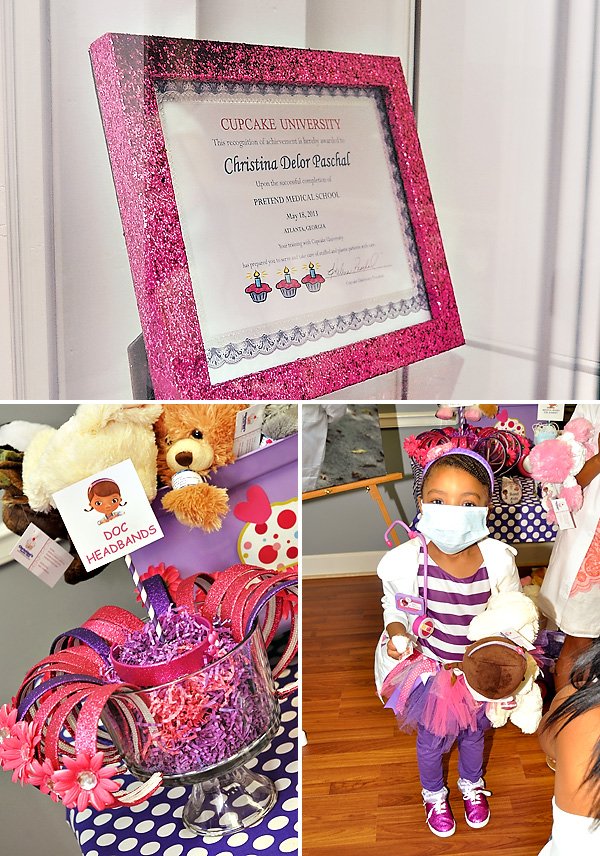 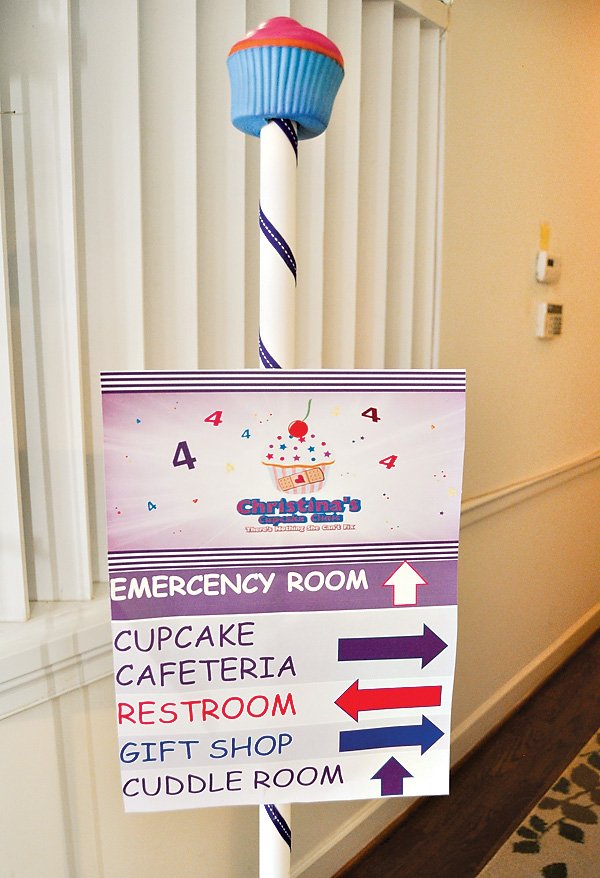 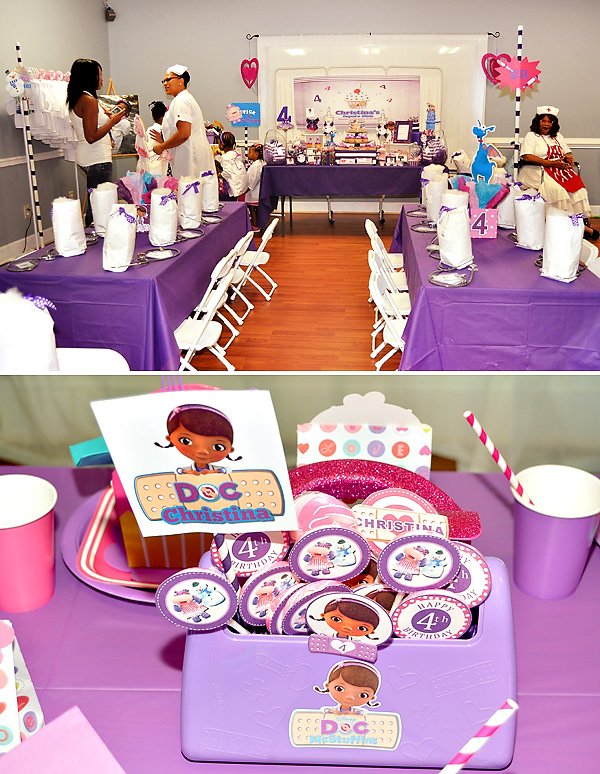 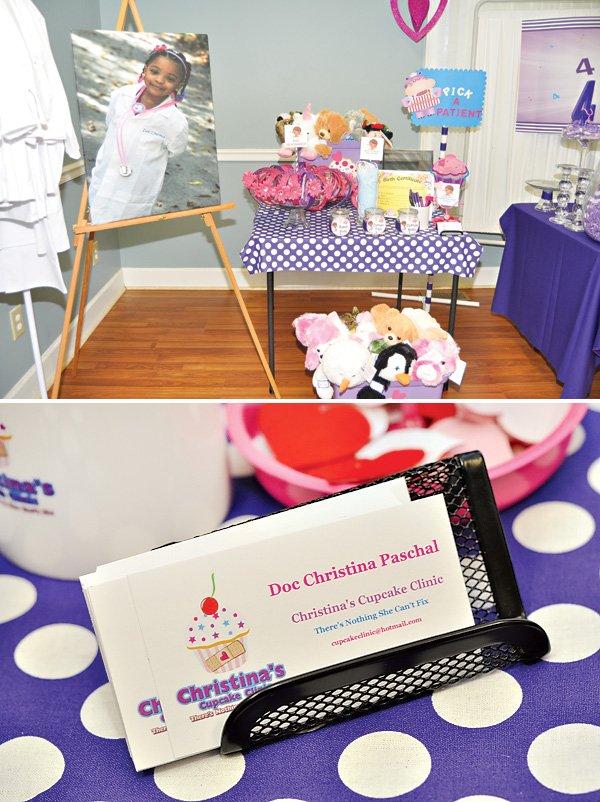 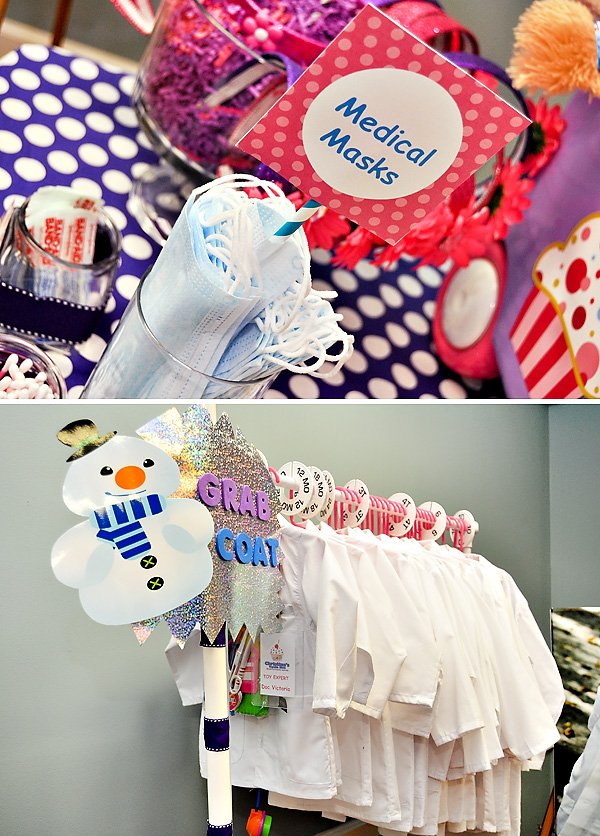 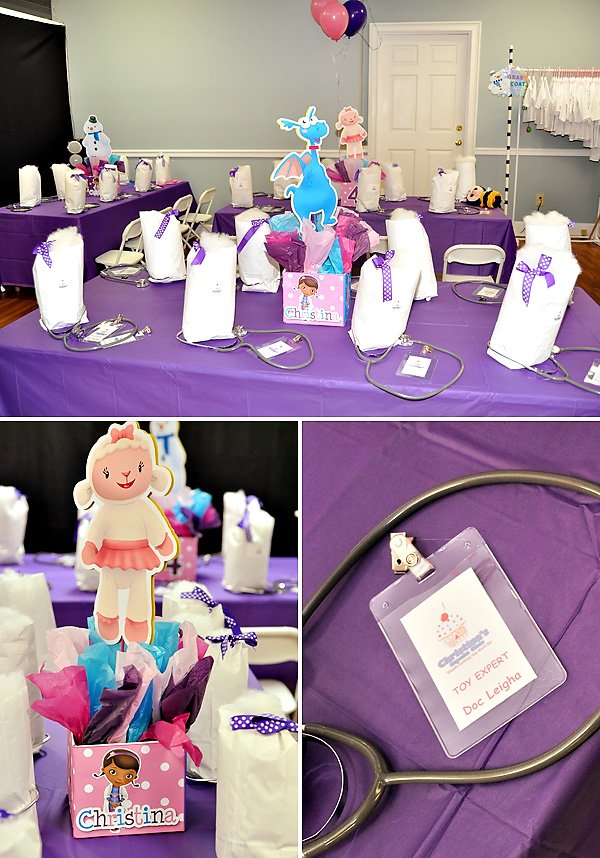 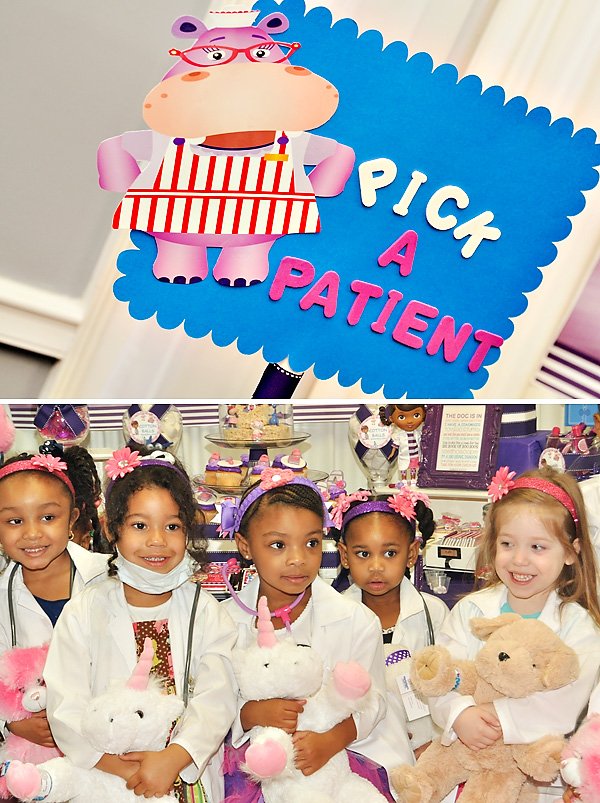 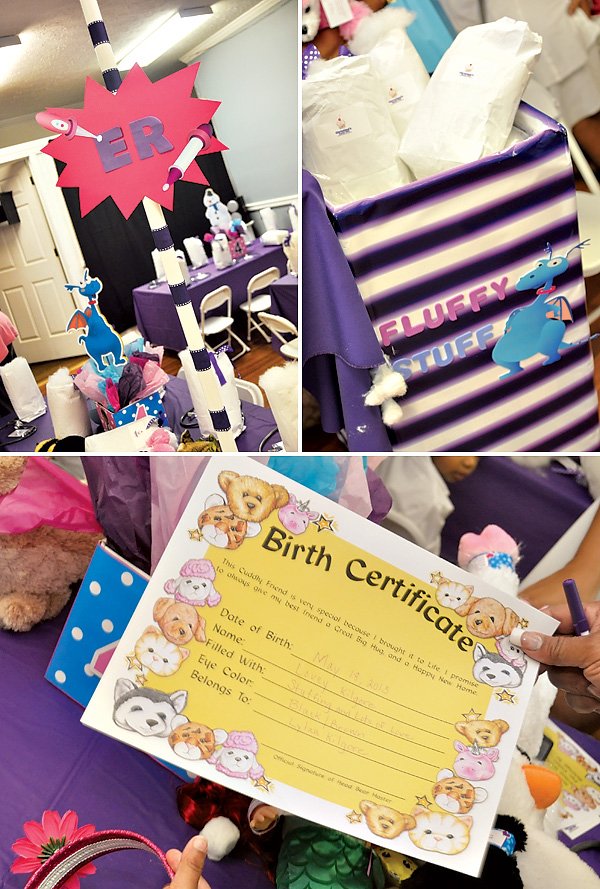 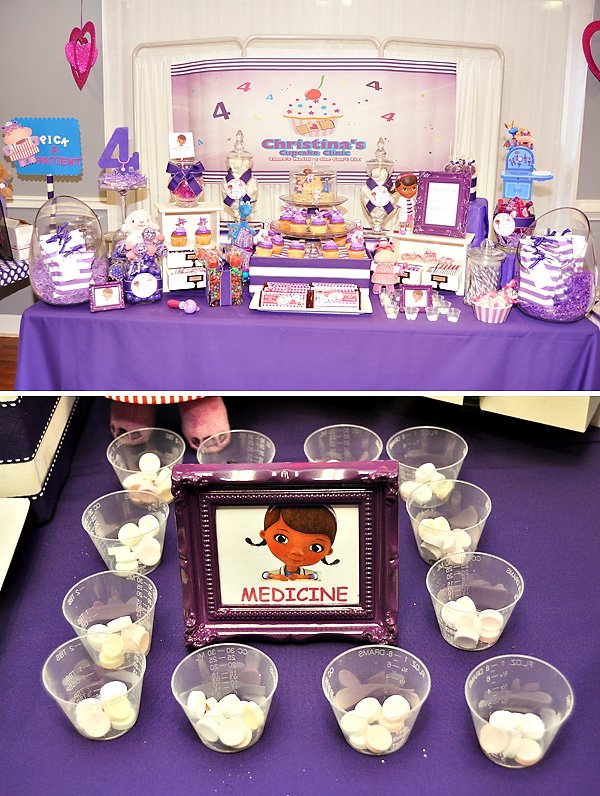 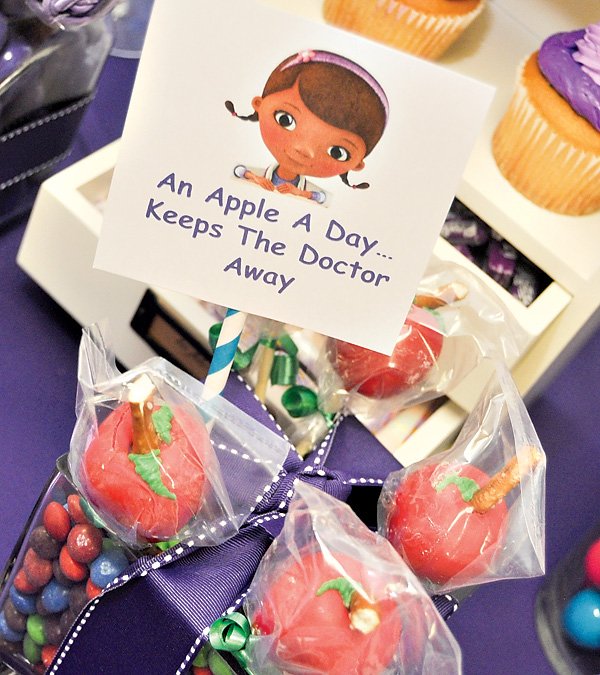 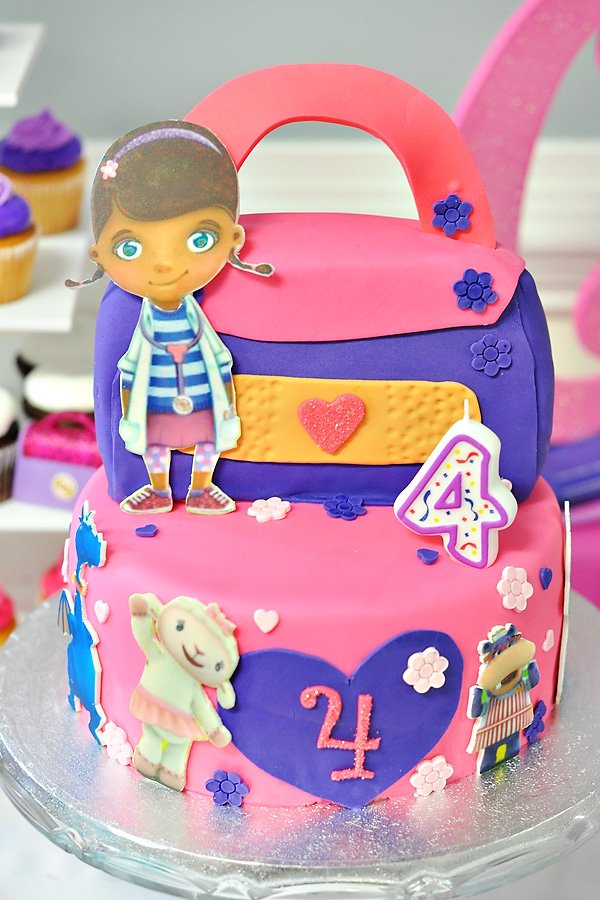 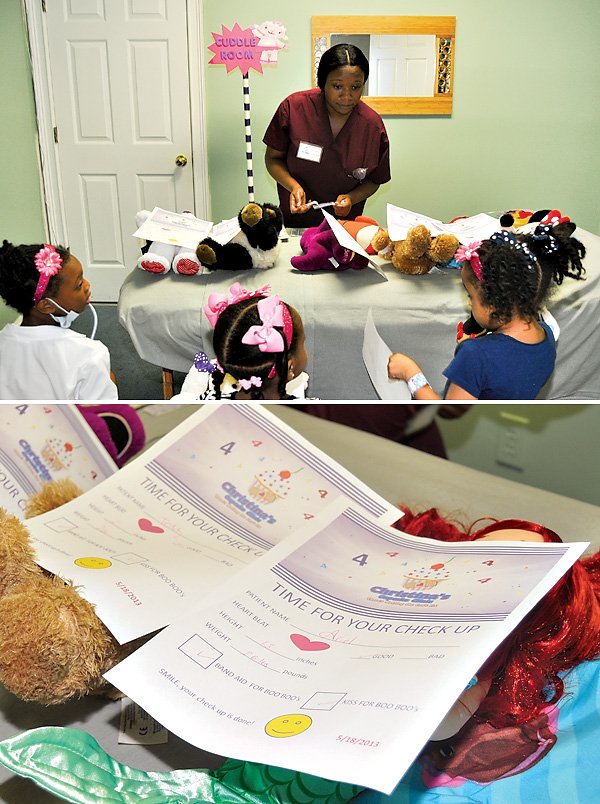 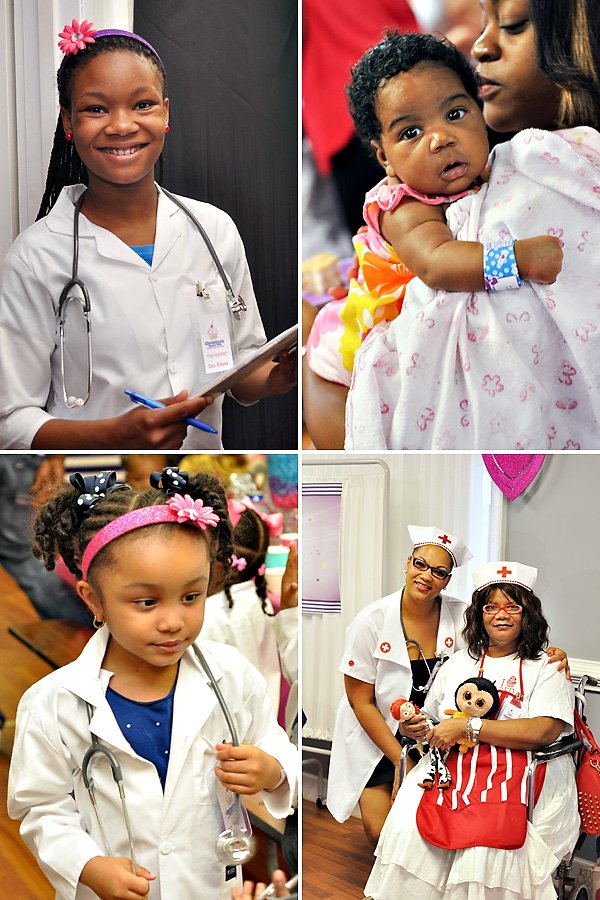 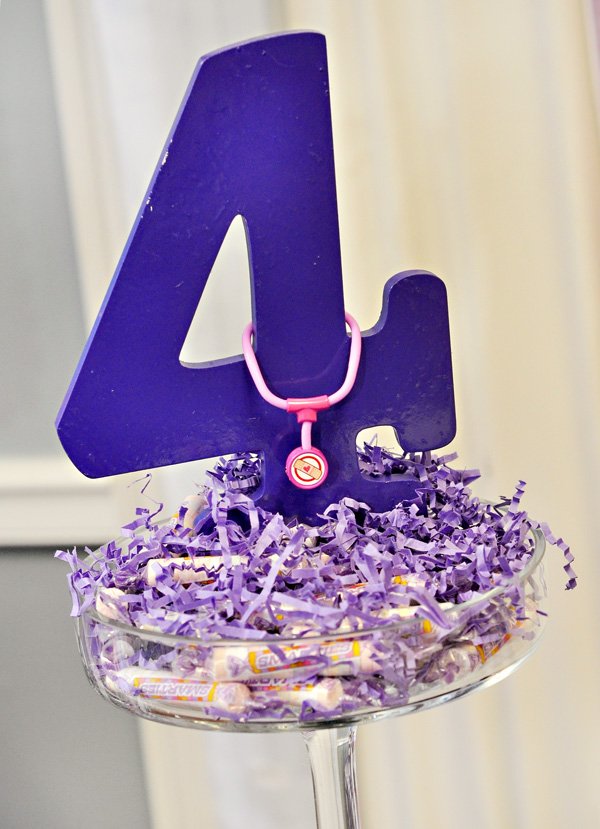 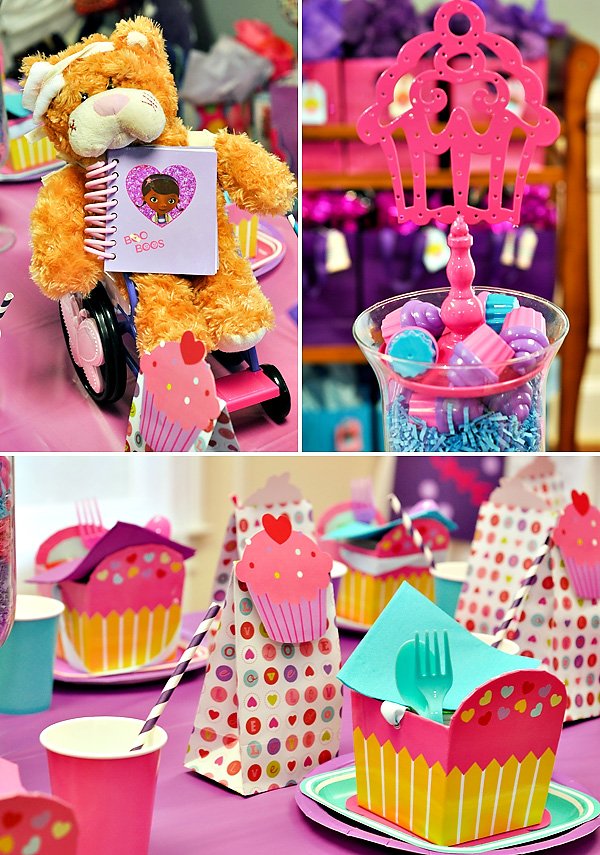 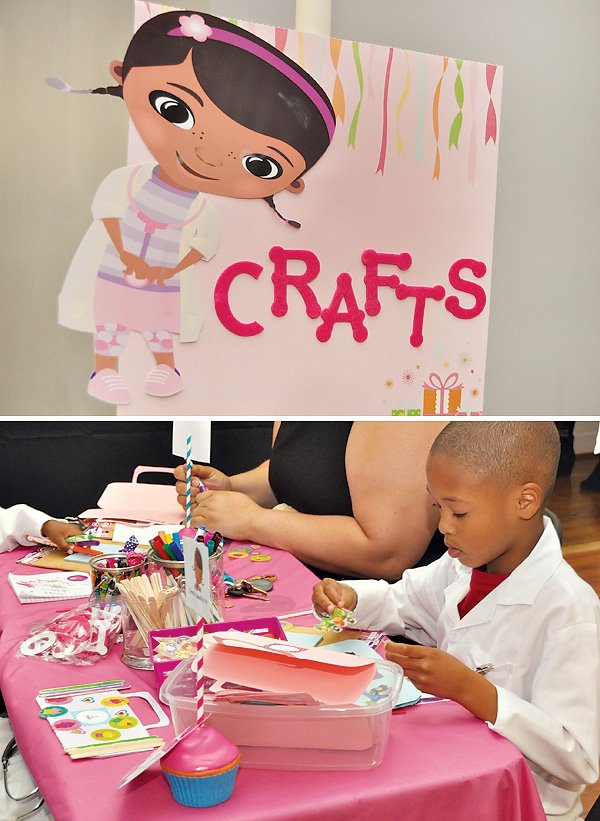 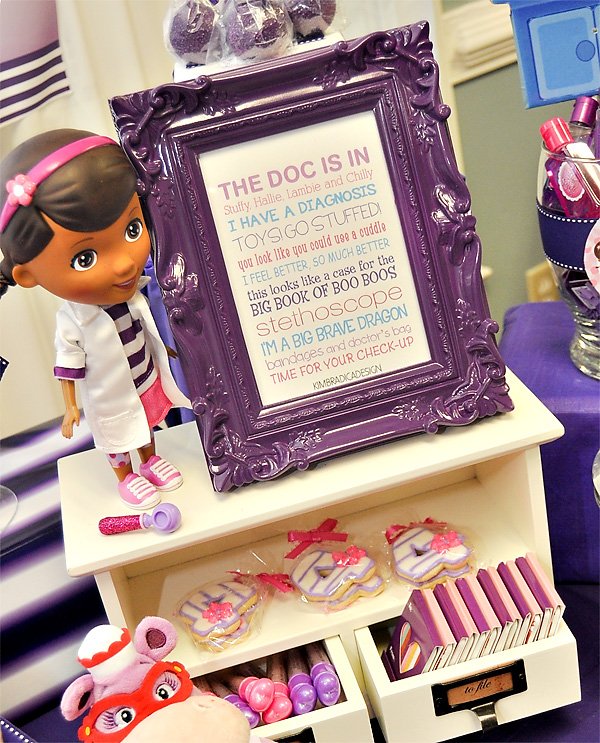 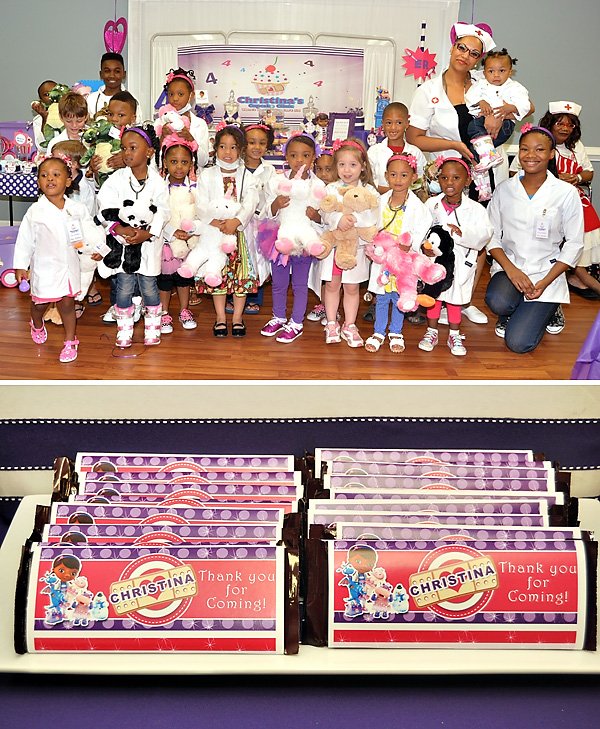 PARTY DETAILS, as told by Helena…

My daughter loves the Disney character, Doc McStuffins!  She told me over a year ago that she wanted her 4th birthday party to have a Doc McStuffins doctor theme. To put a spin on the Doc McStuffins cartoon, I created a Cupcake Clinic and Cupcake Cafeteria since I call my daughter my little “Cupcake.”

The Doc McStuffins cartoon is vibrant and colorful but I wanted to narrow down the colors for a contemporary appearance and so I chose to use the purple and white horizontal stripes on the Doc McStuffins shirt as my primary theme colors and design for the Cupcake Clinic and the dessert station.  For the Cupcake Cafeteria, I used the colors pink, purple, and turquoise.  Every child was asked to bring their favorite stuffed toy for a special check-up which was given by an actual Medical Assistant.  She checked the pretend heart beats, weight, and height of each patient and gave them a band-aid and a kiss (Hershey kiss) for their boo boos.

The children received a doc coat, stethoscope, flower headband, medical mask, name badge, and a bag of stuffing.  They picked an unstuffed toy from a bin for the Emergency Room (ER).  The primary activity was surgery which consisted of filling each toy with stuffing and a fabric heart (similar to build-a-bear).  After successful surgery, each patient received a birth certificate.  There was also a craft station for decorating medical kits and clip boards.  And a Cuddle Room to do exams on the toy patients.  The piñata was a big hit, too!

The Cupcake Cafeteria was a blast and everyone munched on sandwiches, veggies, fruit and decorated their own cupcakes with lots of sprinkles.  My daughter loved her medical bag cake and she was so surprised to see the cake was blue, which is her favorite color. The little docs were urged to grab goodies from the dessert station to take home and everyone received a favor bag which consisted of a children’s medical kit for their new stuffed toy.