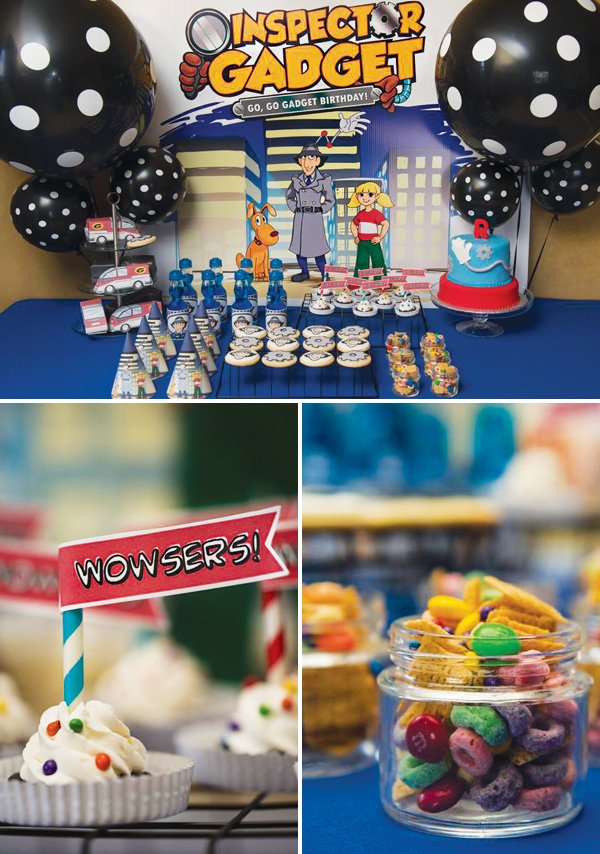 Duh-nuh-nuh-nuh-nuh Inspector Gadget. This Go Go Inspector Gadget Birthday Party by Katelyn Meekel of Events by Kate looks like so much fun! Like Katelyn, I too grew up watching Inspector Gadget and had no idea that it was considered ‘retro’ nowadays (feeling a little old now) ;). Gadget is a lovably optimistic and sometimes slightly aloof secret agent who always manages to save the day. Equipped with their spy badges, magnifying glasses & tummies full of yummy treats, these party-goers are sure to do the same! Gadget himself would definitely say, “Wowsers” for this party! 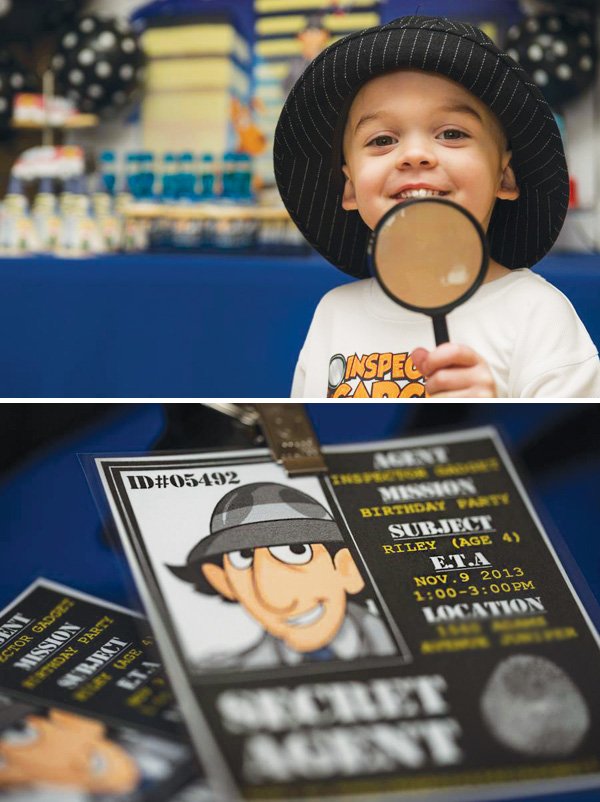 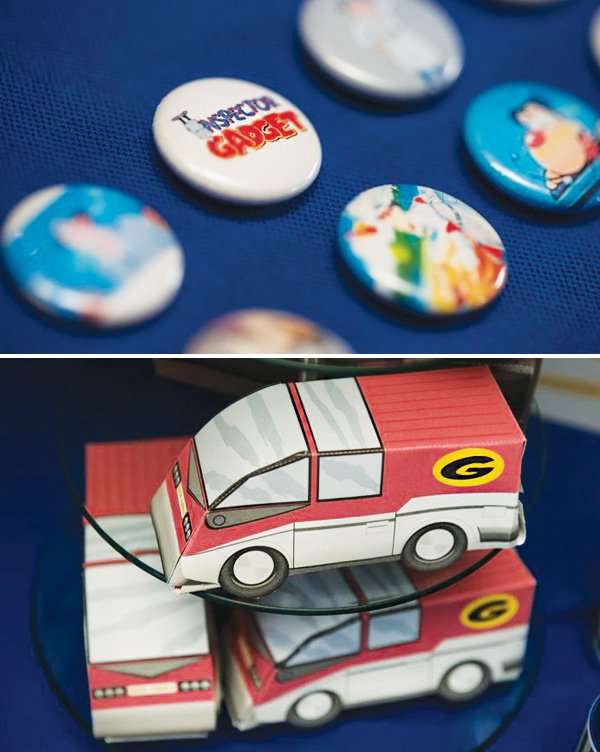 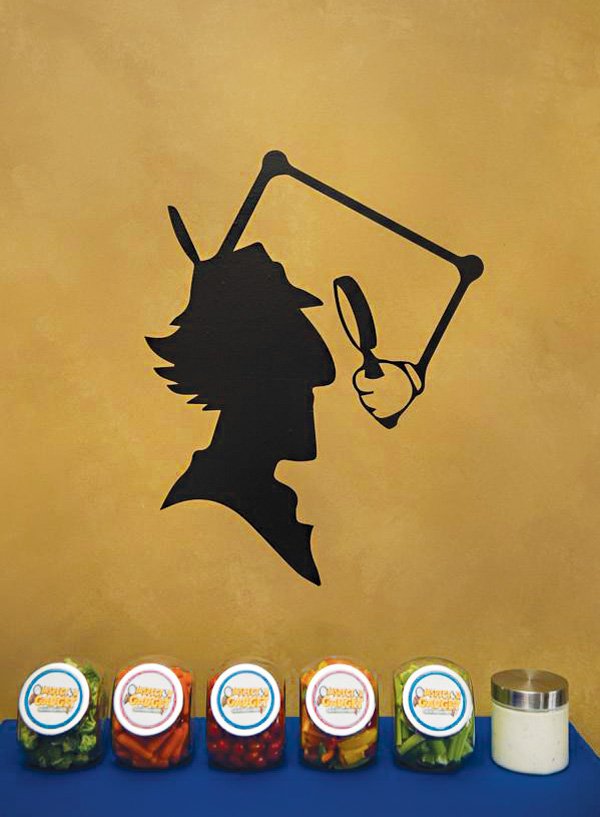 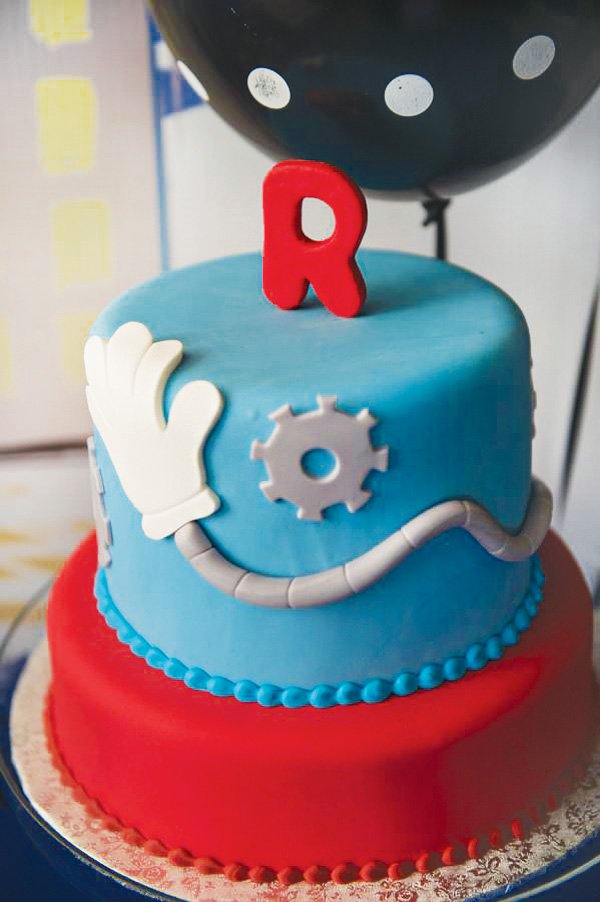 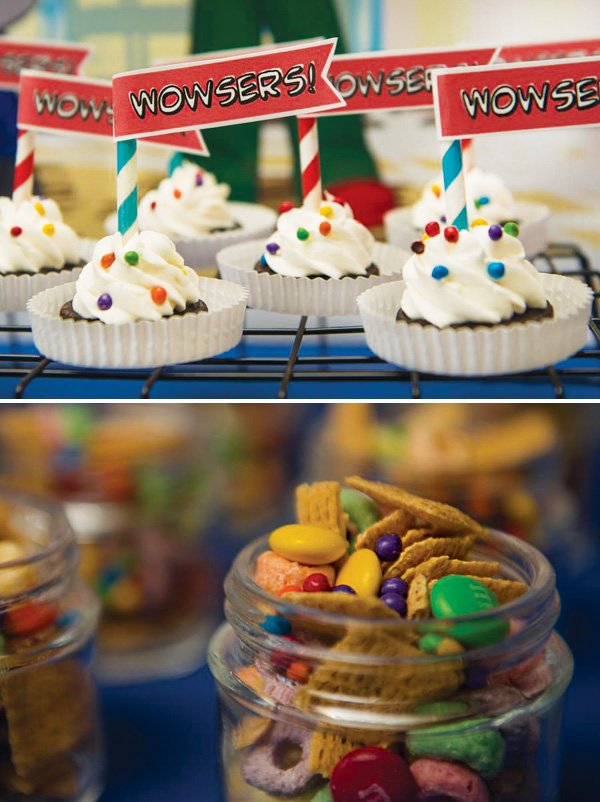 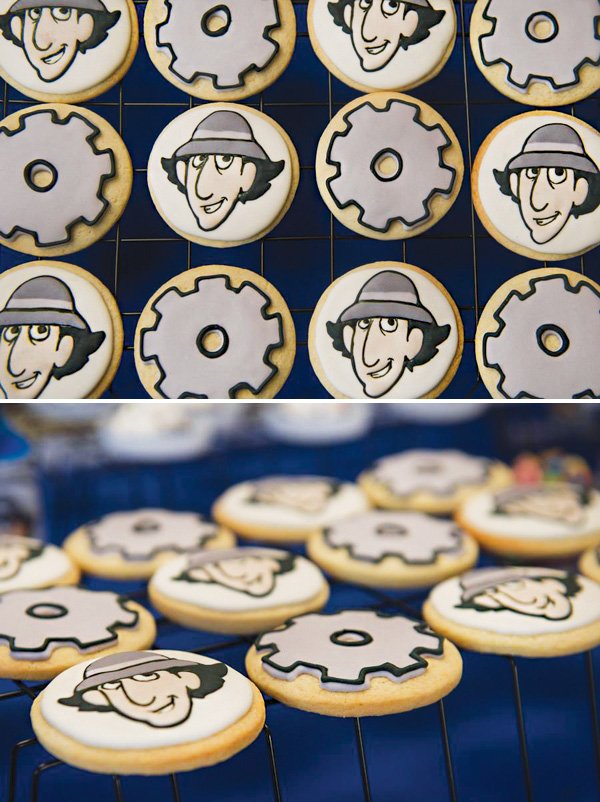 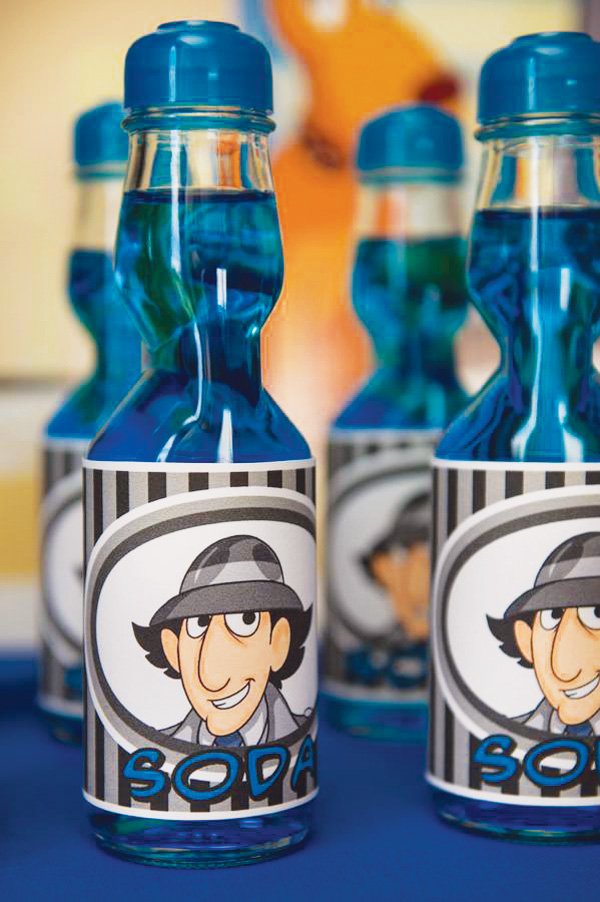 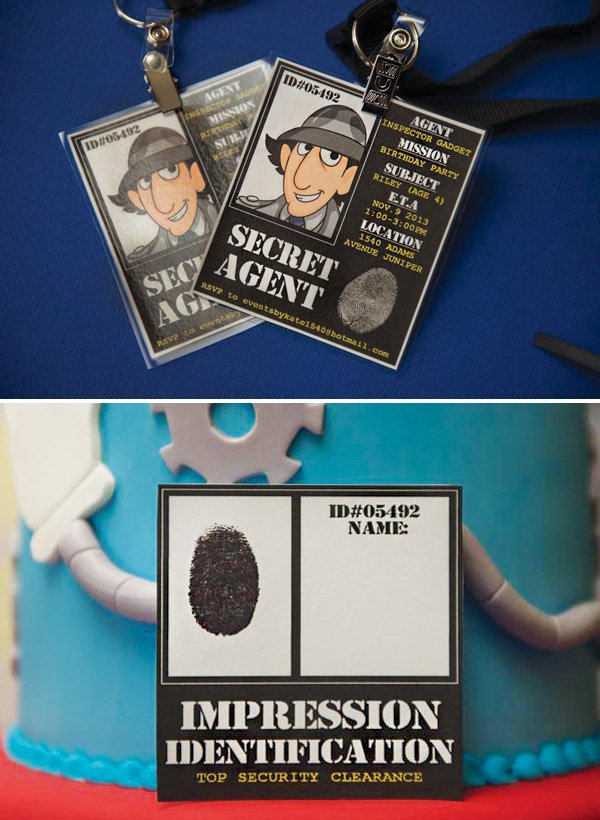 PARTY DETAILS as told by Katelyn…

Inspector Gadget was always a Saturday morning classic for me. Gadget was always involved in mysterious crime investigations that lead him to many comical scenarios. With the help of niece “Penny” and his dog “Brain,” he solved cases and learned of evil plots schemed by his nemesis, Dr. Claw. This retro cartoon is now a popular favorite for my son, and served as great inspiration while creating our theme.

DECOR & INSPIRATION
I instantly knew that the entire event could be easily shaped around some amazing artistic cartoons. With the help of my graphic designer, we envisioned the original characters to have a slightly modern look. To set the tone, we started off with “Secret Agent” invitations with matching black lanyards for each child attending. These were
perfect for the kids to wear and pretend to be part of a special task force.

The main display featured a custom background created by Rachel Errede of the EBK design team and printed by the talented team at LN Group Marketing & Promotions. Either side of the display had large polka dot balloons to tie the table together. Atop the blue linen we had special blue bottle gadget sodas, fun magnifying glasses for the kids to
explore the crime in depth, and simple party hats. Amazing party favors inspired by the famous “Gadget Mobile” and “Spy Shoe” were created by the talented favor box experts at Piggy Bank Parties. These were among my favorite items on the table!

The play table was equipped with fun “Top Secret” envelopes comprised of a coloring page and DIY impression kit. We also provided “disguises” in the form of mustache props.

SWEETS & EATS
The cake was created by the design team at Sweet Spot Cupcakes. The level of detail in fondant using gadget arms to wrap the cake, and the giant “R” for my son Riley was nothing short of brilliant! The matching Gadget gear and face cookies were a sweet treat to add to our display. The second display featured a modern veggie display (instead
of candy). With homemade buttermilk ranch dressing, we wanted to make sure that the kids were fed some greens to make them strong secret agents! I made my own DIY Oreo treats with adorable toppers, and we had “Bits & Gadgets” as a new party mix.

COSTUMES
Wowsers! A cute little boy deserves a cute little outfit for his big fourth birthday bash. At the Go Go Inspector Gadget Party, we designed a t-shirt and matching fedora hat to create a spy look. With his ID badge, he could have been mistaken for the real guy!