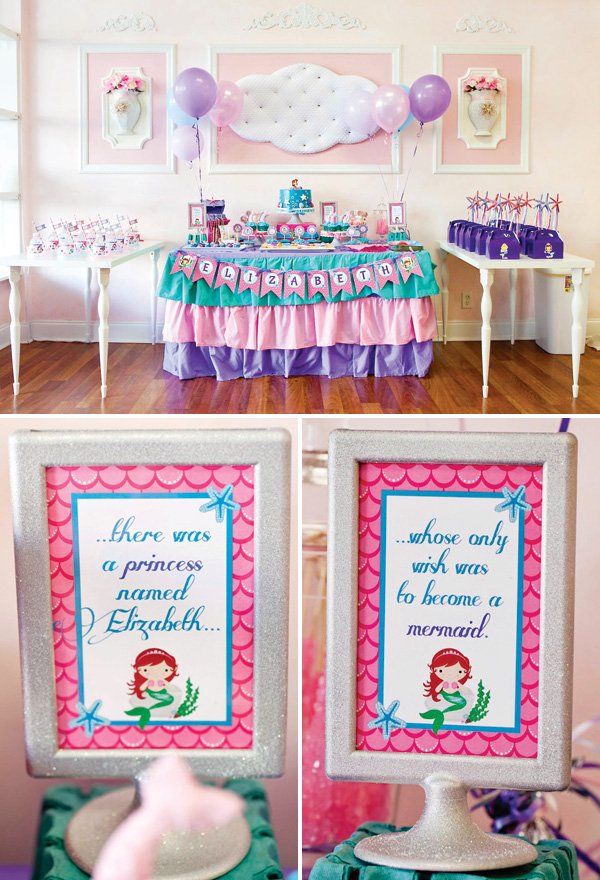 Spa days don’t have to just be a gift for Mom! For her girly-girl daughter’s birthday, Katie Farmer of Dime Party Diva created a relaxing day full of pampering & under the sea fun with this Glamorous Little Mermaid Makeovers Birthday Party. Complete with manicures, pedicures, a little makeup & some rockin’ tutus, these girls strutted their new looks on the runway with adorably fierce attitudes. I think these activities would be so fun (& popular) at any little girl’s party! 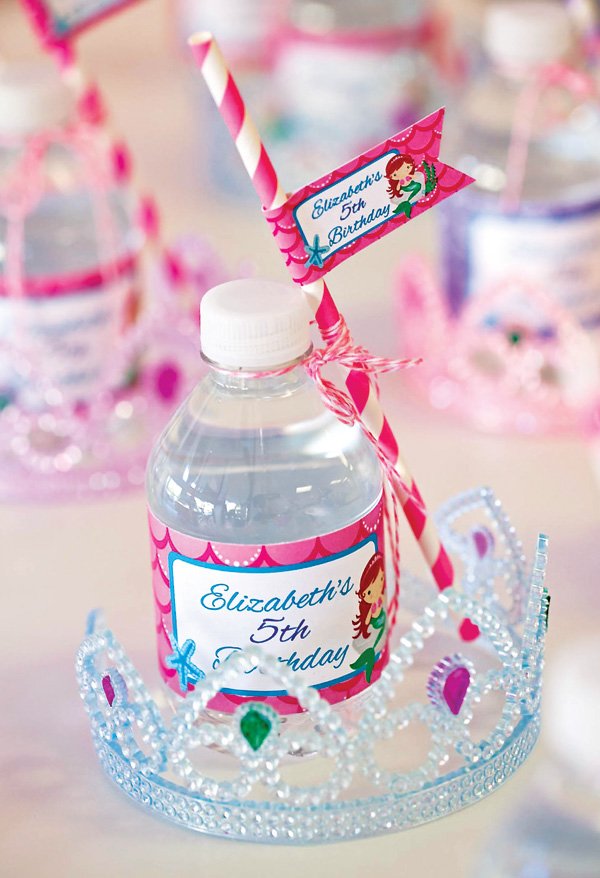 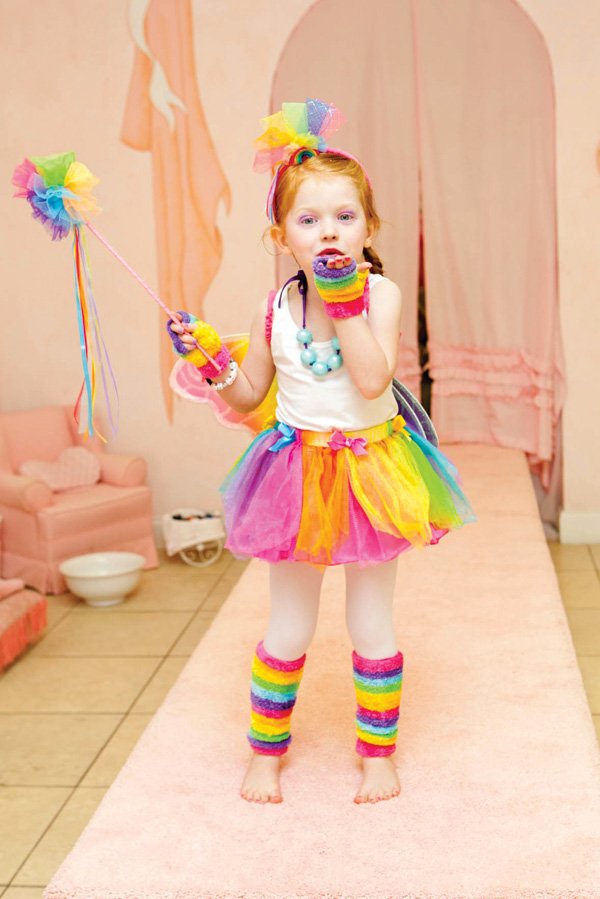 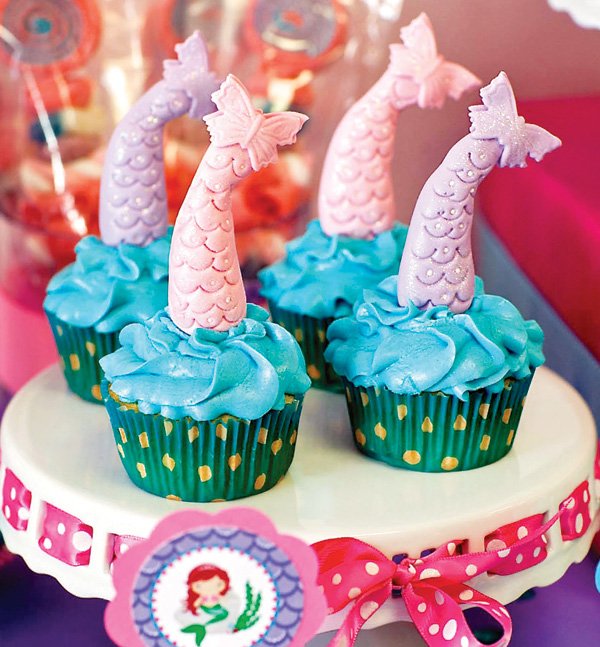 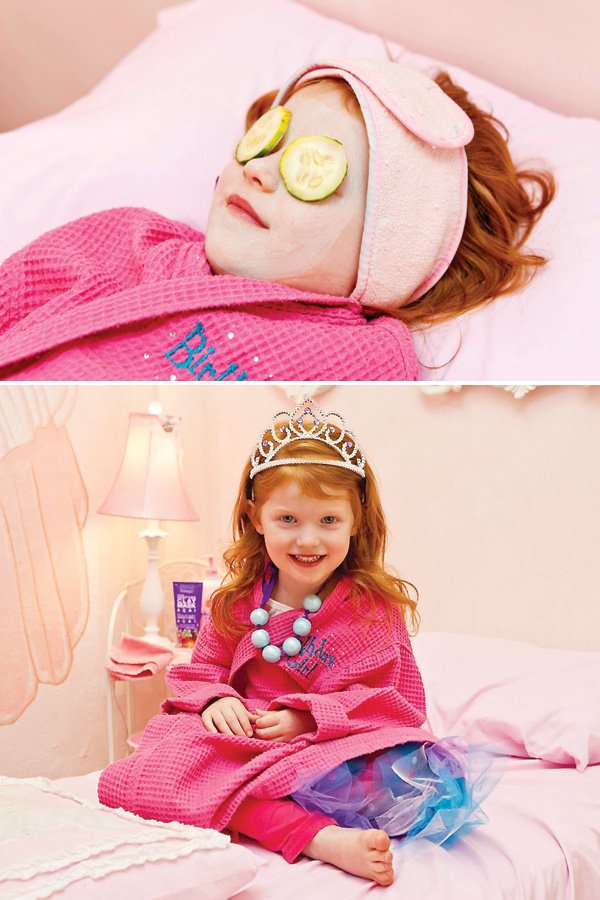 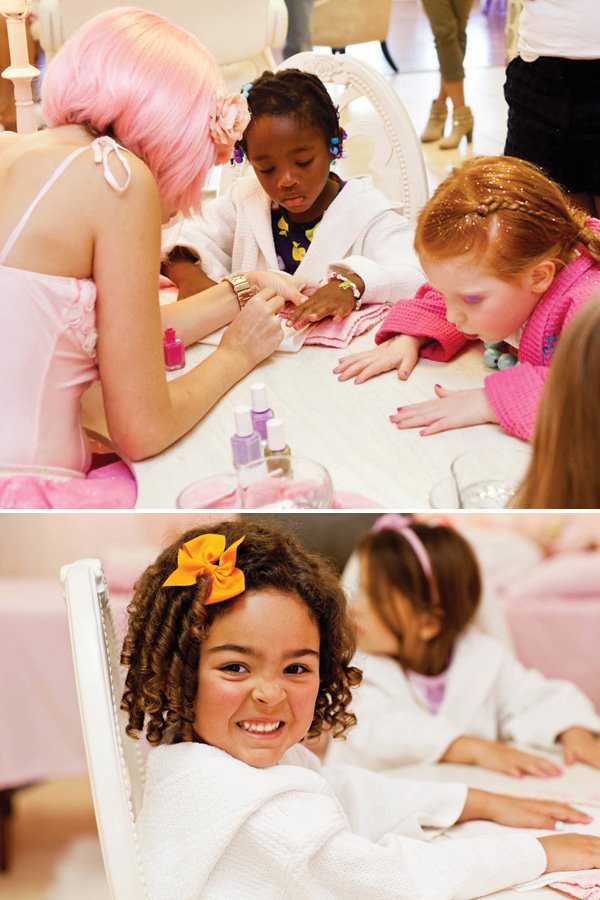 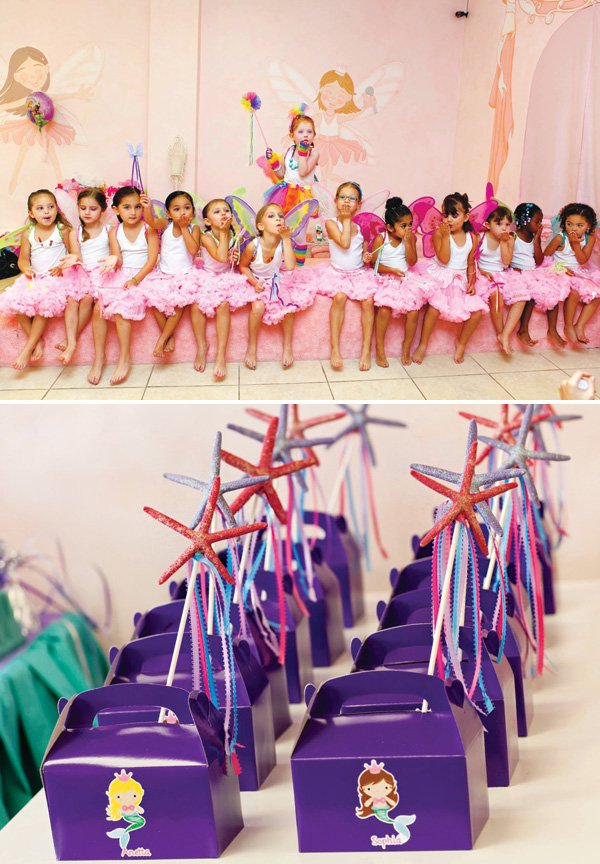 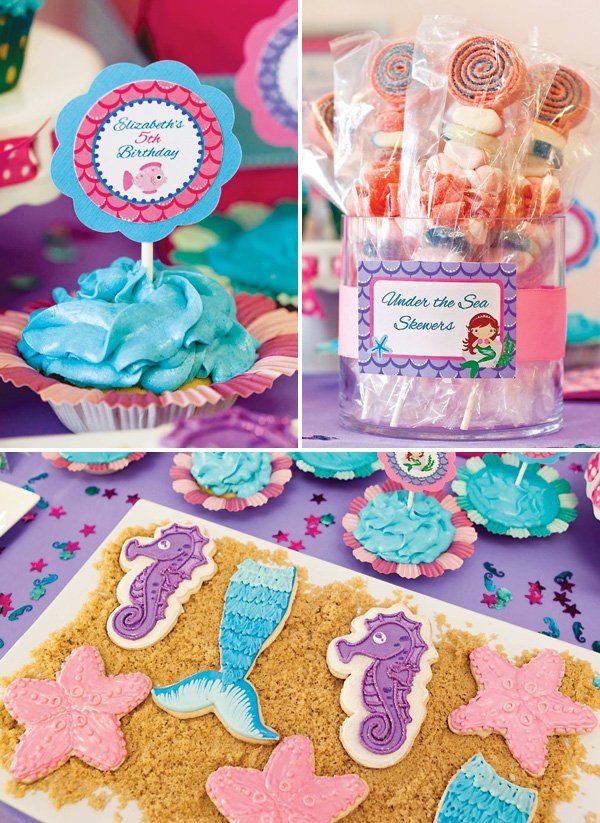 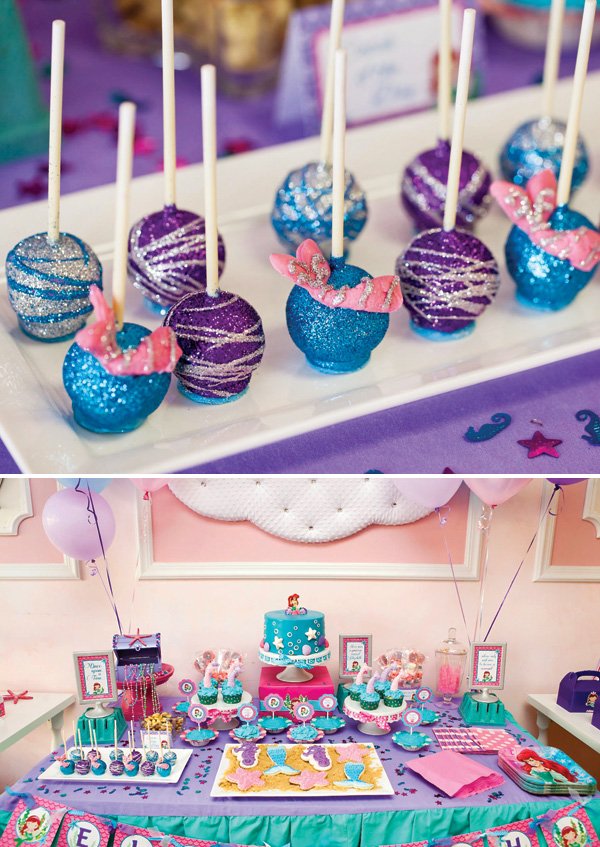 PARTY DETAILS as told by Katie…

“Once upon a time…. there was a princess named Elizabeth… whose only wish was to become a mermaid.”

My daughter has wanted to be a mermaid ever since she was two and a half. It’s all she talked about. She would even tell her teachers and administrators that her name was Ariel, which was quite confusing for while. I’m pretty sure she was convinced that she was Ariel. So, I’ve been dreaming of throwing her a mermaid party for the past 3 years.

I was thrilled that she finally wanted to have a mermaid party, because she kept changing her mind on me each year! Of course she did not want it to be any ol’ mermaid party, she said it had to be a “Mermaid/Ariel/Princess party.” She is such a girly girl, so I decided to have it at the Little Princess Spa, which is the cutest little party place for girls to get manicures, pedicures, hair do’s, makeup, and facials. Yes, all of the moms were jealous.

The focus of the party was the mermaid tail. I wanted the party to tell a story, so I created 3 signs saying “Once upon a time…. there was a princess named Elizabeth… whose only wish was to become a mermaid.” She has always dreamed of having a mermaid tail (which is how we were able to get her to eat her veggies when she was little — we told her it would help her tail grow, and it worked!), so all of the sweets on the table were created with a mermaid tail in mind.

Fancy Cakes created beautiful pink and purple fondant mermaid tail toppers (her favorite colors) for the cupcakes. I baked the cupcakes in flower baking cups from Kids and Cakes and made the frosting look like blue ocean waves. Creating Awesomenessity really brought my vision to life by making the sweetest mermaid tail cookies! She also made adorable sea horse and starfish cookies, all with a little sparkle. Autumn Lynn’s Chocolate Sins created glittery cake pops in matching colors and added pink mermaid tails. They were a huge hit with the girls! Sweets Indeed made matching candy kabob skewers that the girls took home with them. The table was set up on the most beautiful ruffled tablecloth custom made for us by Cupcake With Character. The simple, but elegant cake was made by Elle Bakes and was topped with an Ariel cake topper.

I created a special treasure box for the table. I painted it lavender, glued matching sequins on the edges, and added a pink glittery starfish in the center. There were lots of jewels spilling out of the box, and my daughter was able to take it home as a keepsake for her room afterwards. I made an inexpensive cake plate by spray painting a large terra cotta pot and saucer with pink spray paint and glued them together, but upside down. Ariel’s jewelry box was placed on top.

For favors, I made each of the girls a special favor box with their name on it. I used Photoshop to add their name to a mermaid that looked similar to each of them, then printed and cut them out and glued them to the front of each box. So cute! I also made them starfish wands by spray painting them pink and purple, adding a little glitter on top, glueing them to a long stick and then adding a ribbon. The girls loved them!

Each of the girls took home a princess crown, a starfish wand and a personalized box with jewels and Ariel tattoos. They had such a great day getting pampered like princesses!