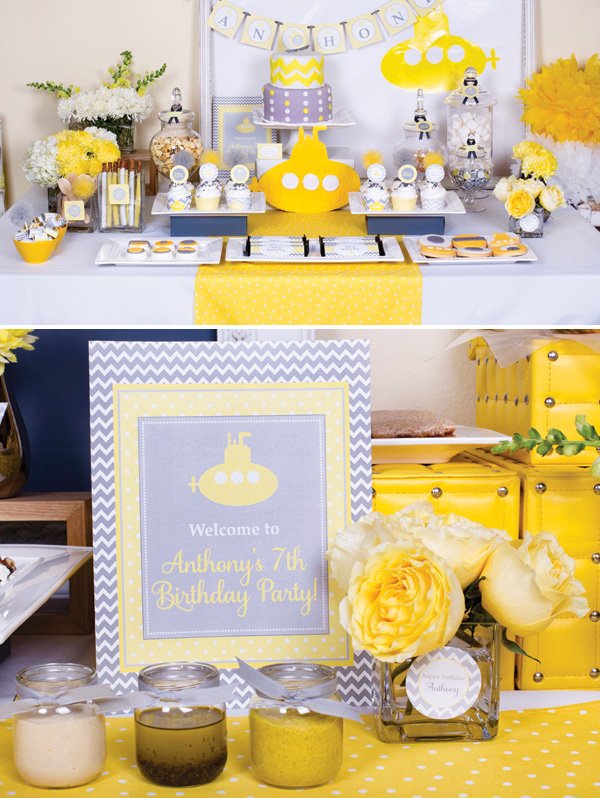 We all live in a….is it stuck in your head now too? ;) When a dose of inspiration struck, Tali Burress of A Party Studio styled this Classic Yellow Submarine Birthday Party as a cute way to showcase some downright adorable party ideas! Polka dots & chevron stripes adorned the printables while a neutral palette of light gray & yellow created a subtle nautical vibe. And how could anyone resist a Make Your Own SUB Sandwich station?! Those little hot dog octopuses totally steal the show! :) 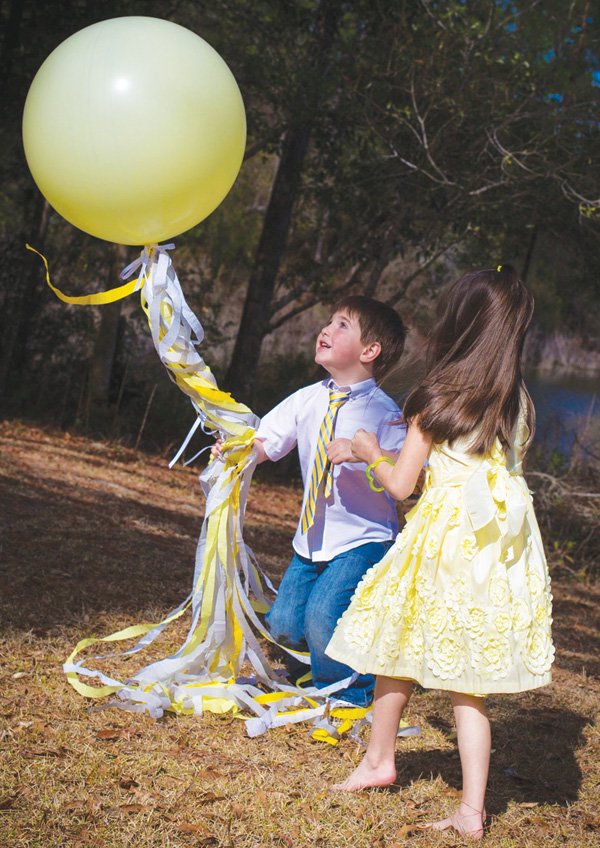 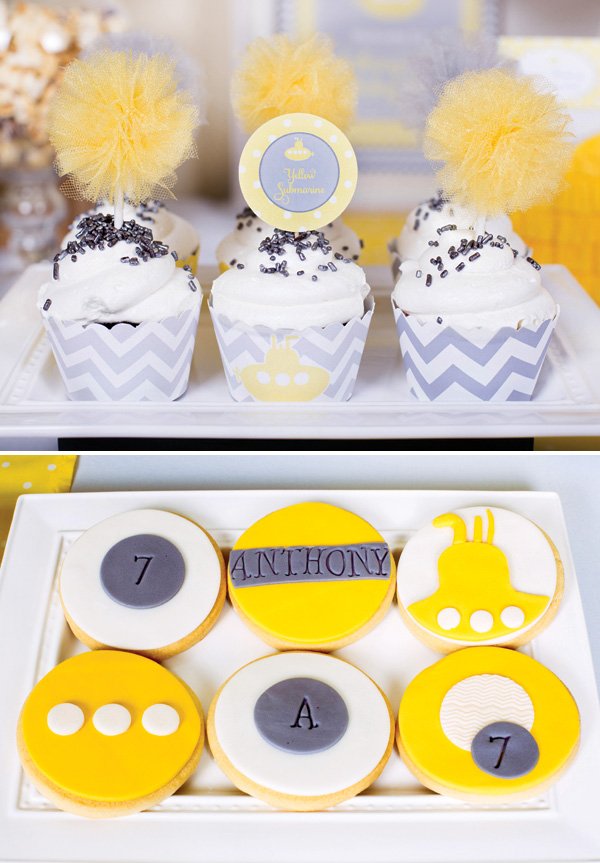 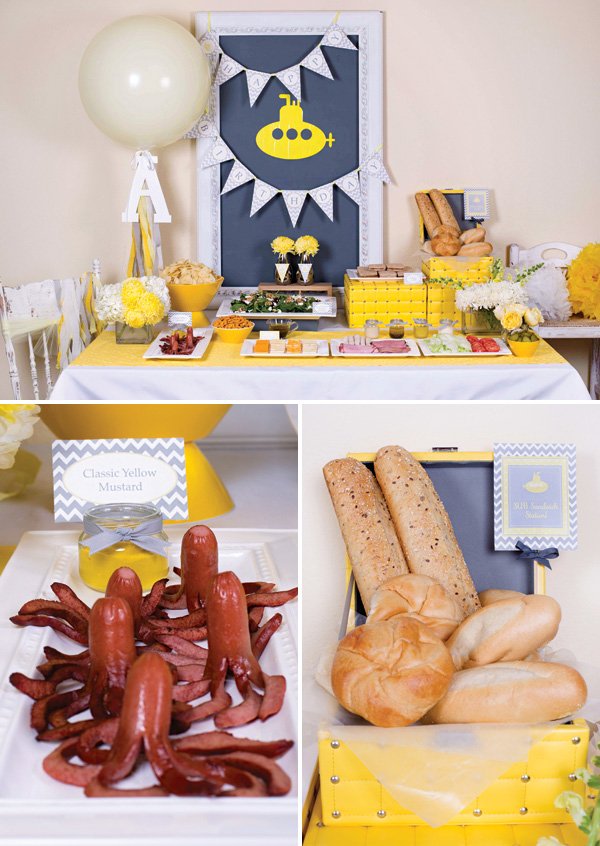 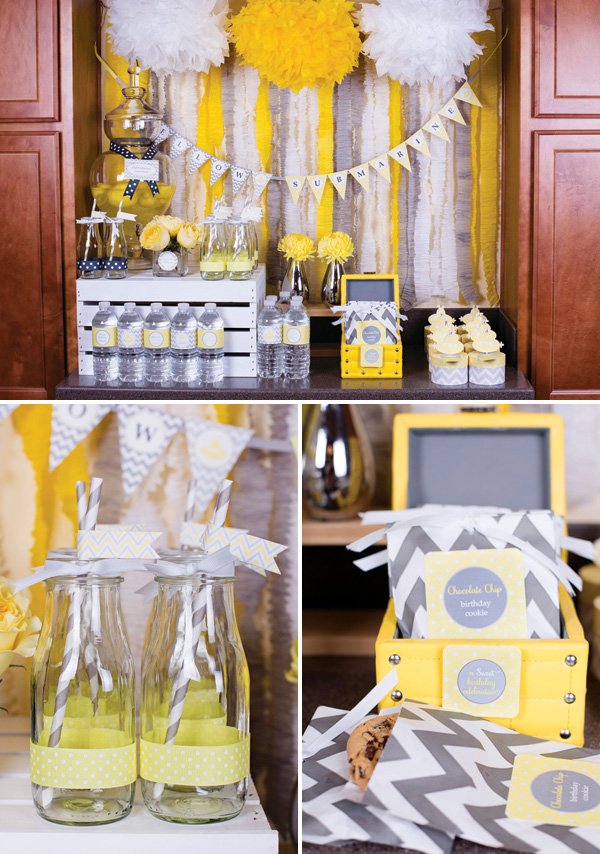 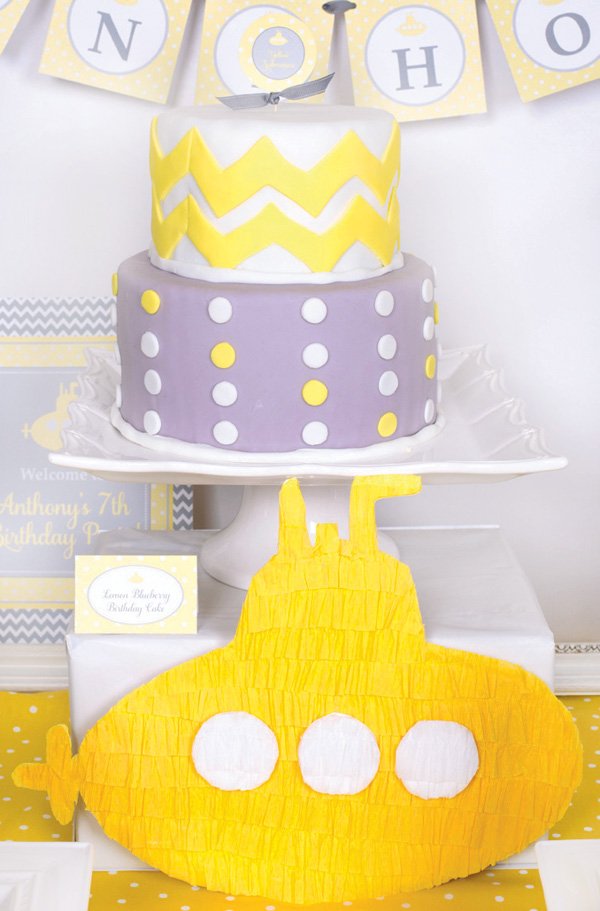 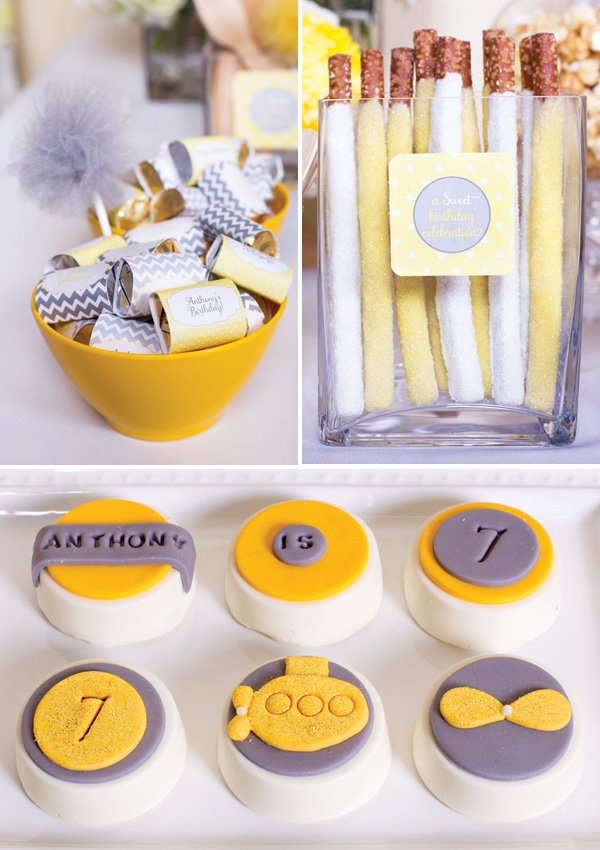 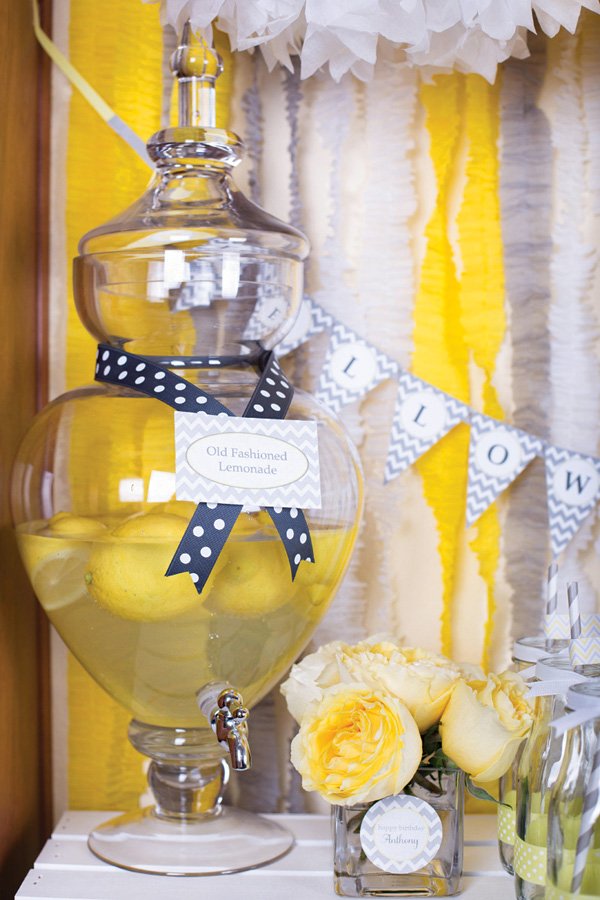 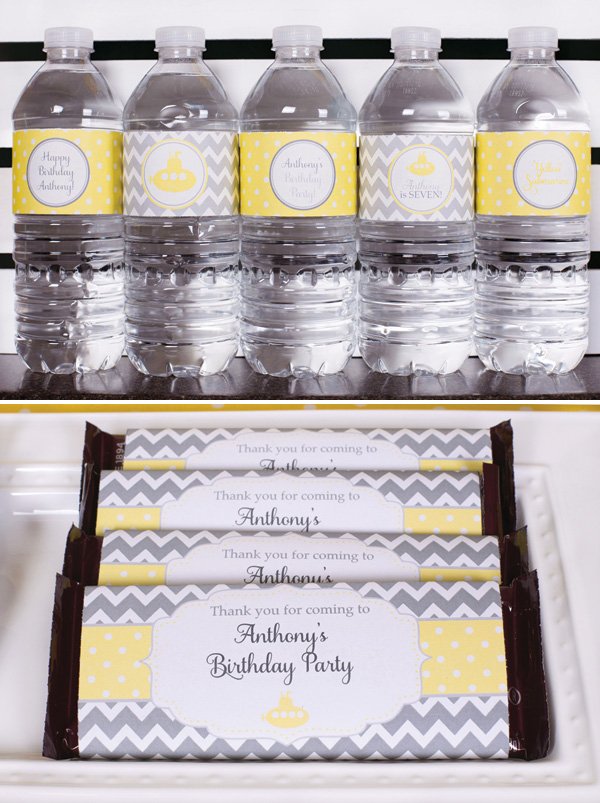 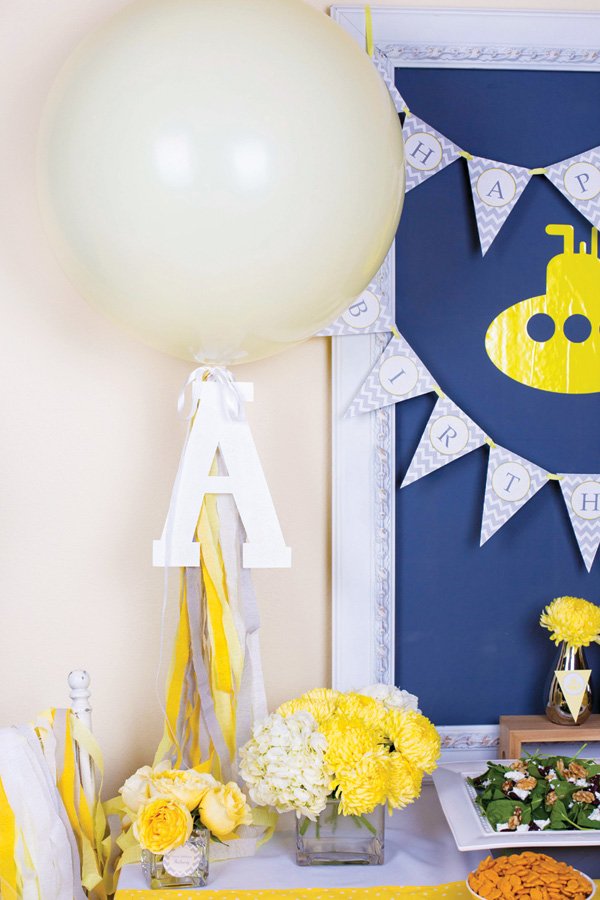 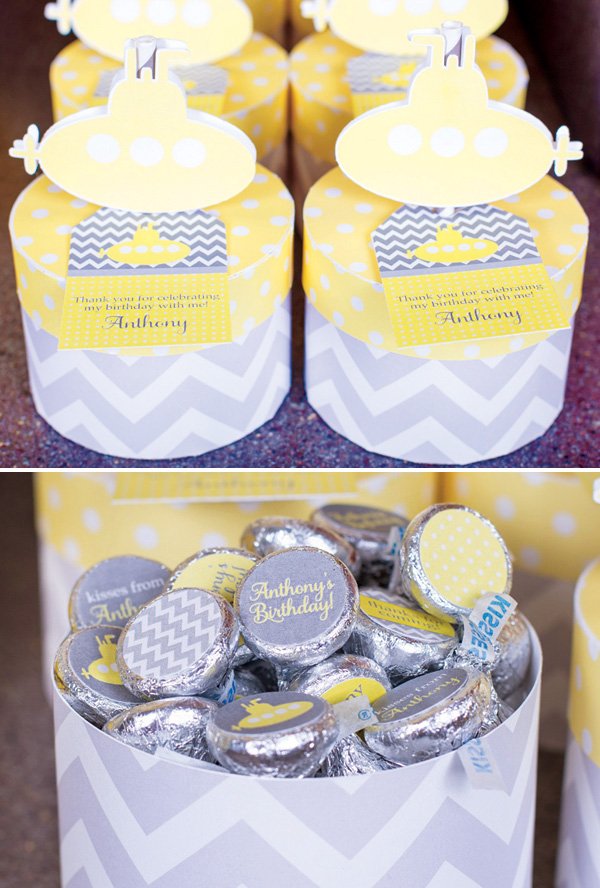 PARTY DETAILS as told by Tali…
:

This chic and modern Yellow Submarine Birthday party was styled by me for the Summer issue of Twinkle Twinkle Little Party magazine and was a collaboration between various party people. It incorporated a lot of fun elements.

Some of my favorite highlights include: