Get your ALL ACCESS PASS before it’s gone til next year! The cart's closing on this crazy deal SOON.
Skip to content
Parties for Girls 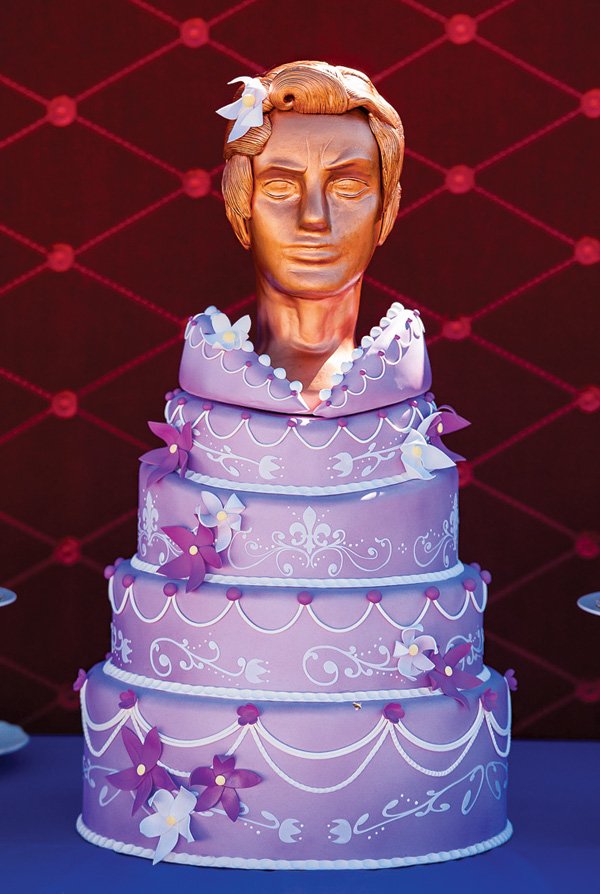 As the temperatures drop and hints of snow and ice are beginning to grace the party world, the Frozen duo are back in full force! We obviously see our fair share of Frozen parties, as I’m sure you all do as well, but every once in a while we see one that really knocks our socks off!

Karen Ayars is always so on point with her attention to detail (just check out her previously featured parties here and here, along with this timely kids’ Thanksgiving party), so it comes as no surprise that when her daughter asked for a Frozen themed birthday, Karen went above and beyond creating this incredibly detailed World of Frozen Birthday Party! Starting the party off with something I’ve never seen before, the invitations were hand-delivered inside a giant block of ice to be thawed by guests. If that doesn’t give you a little hint about how awesome this party was, I don’t know what will! ;) 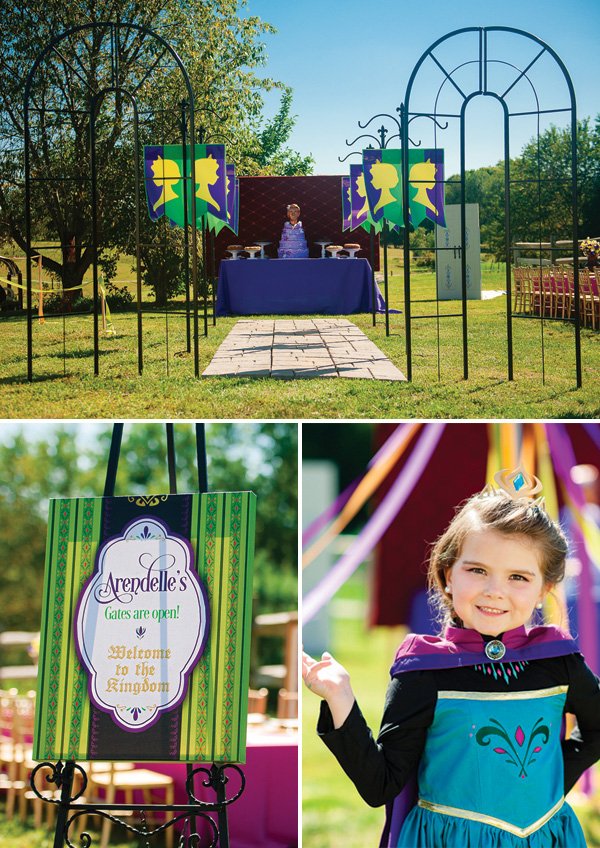 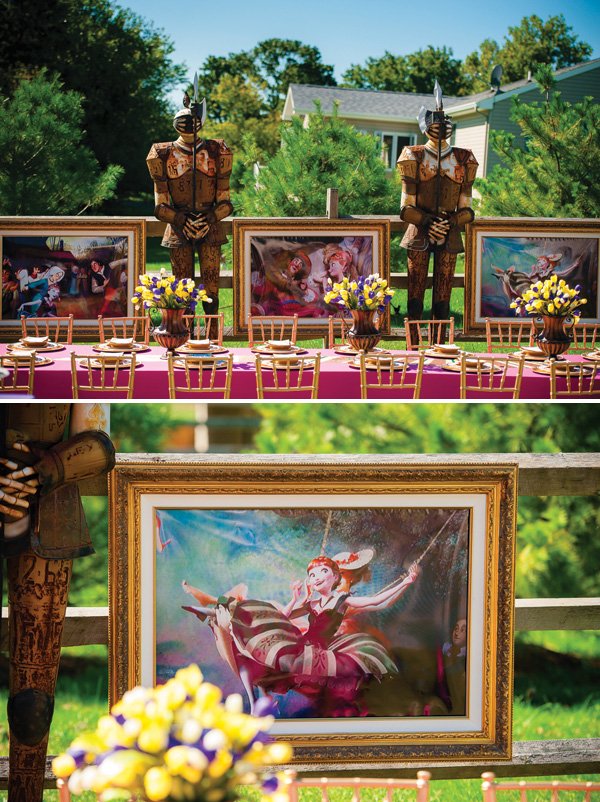 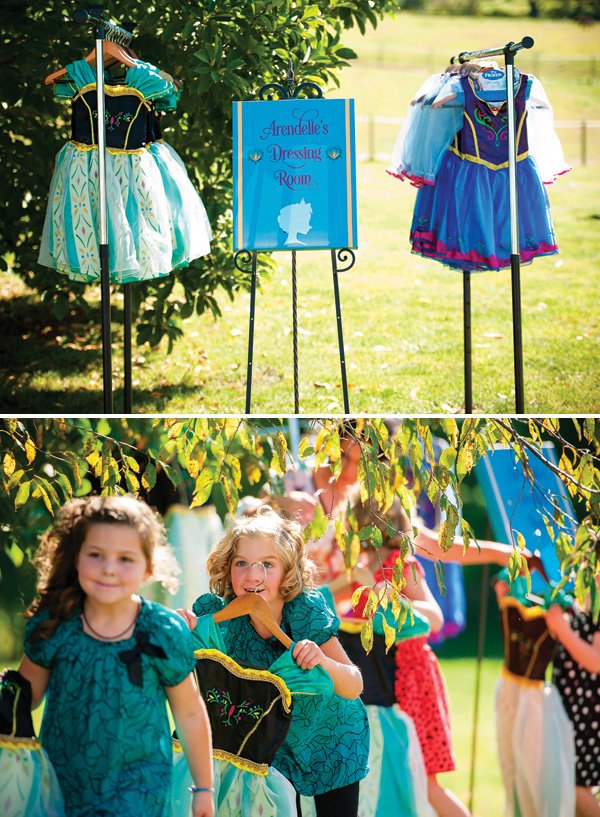 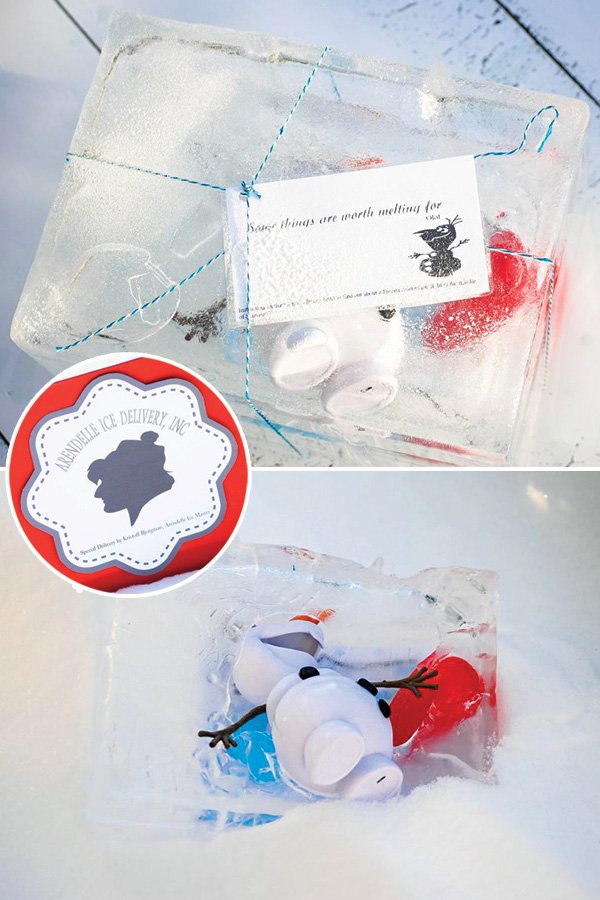 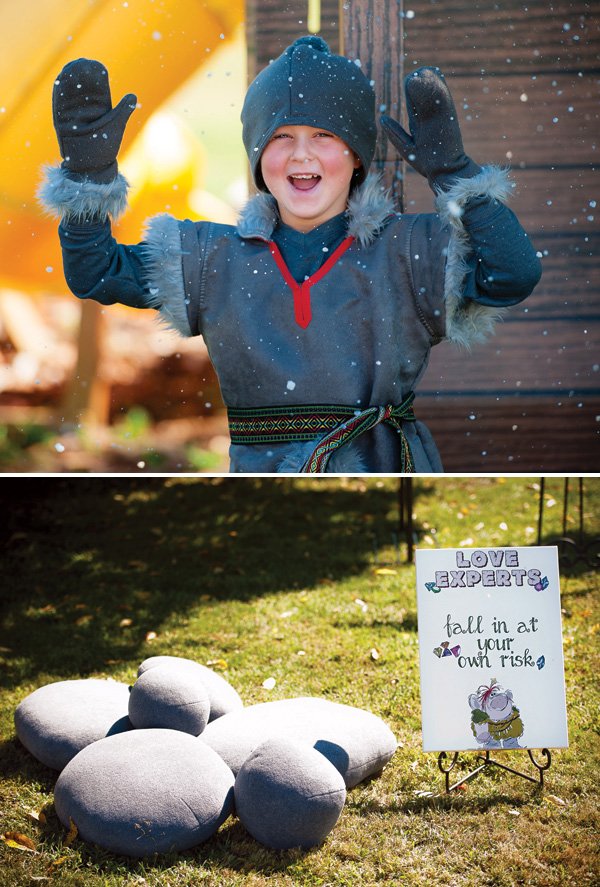 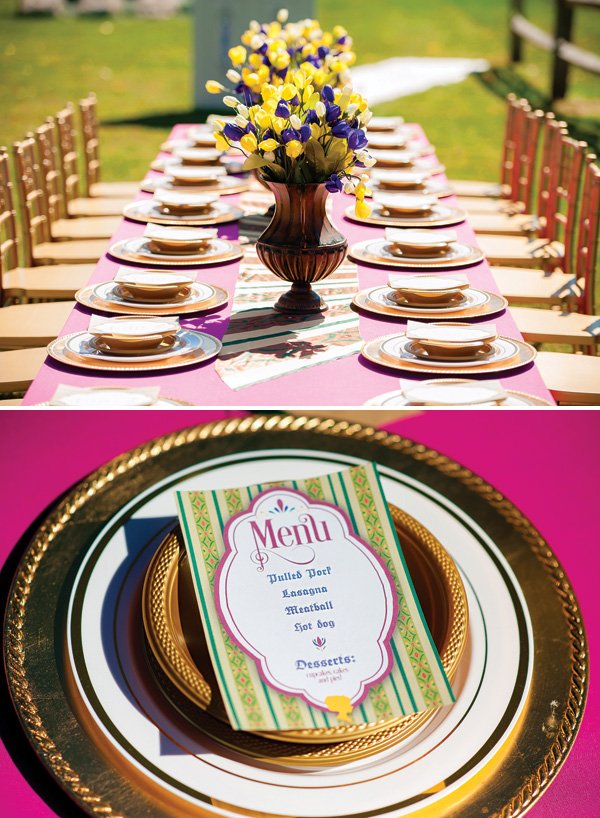 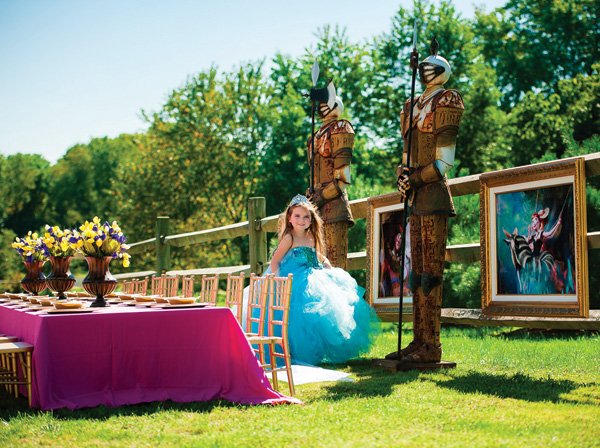 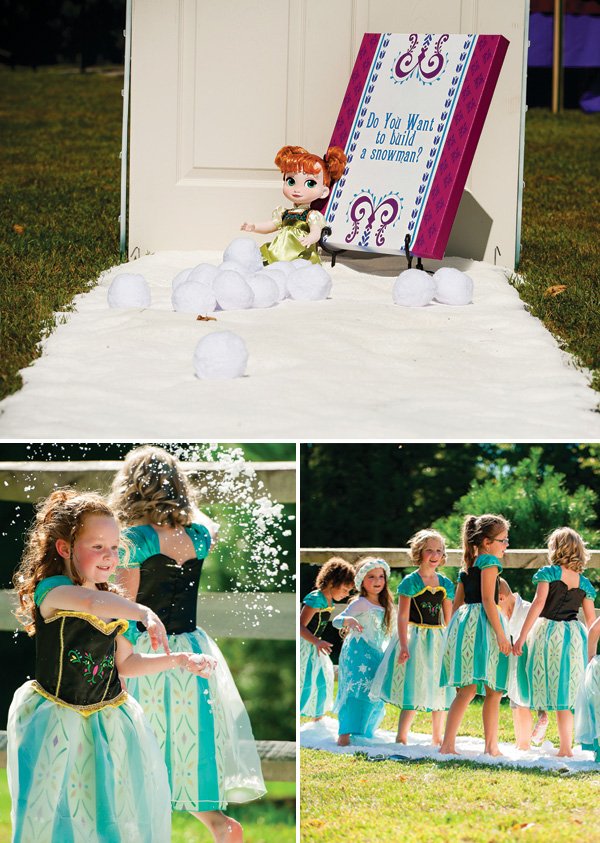 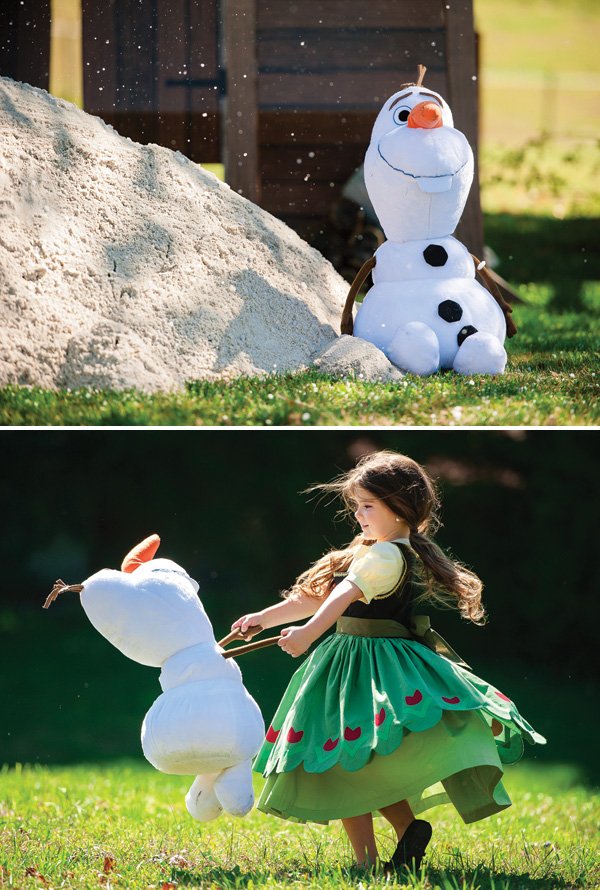 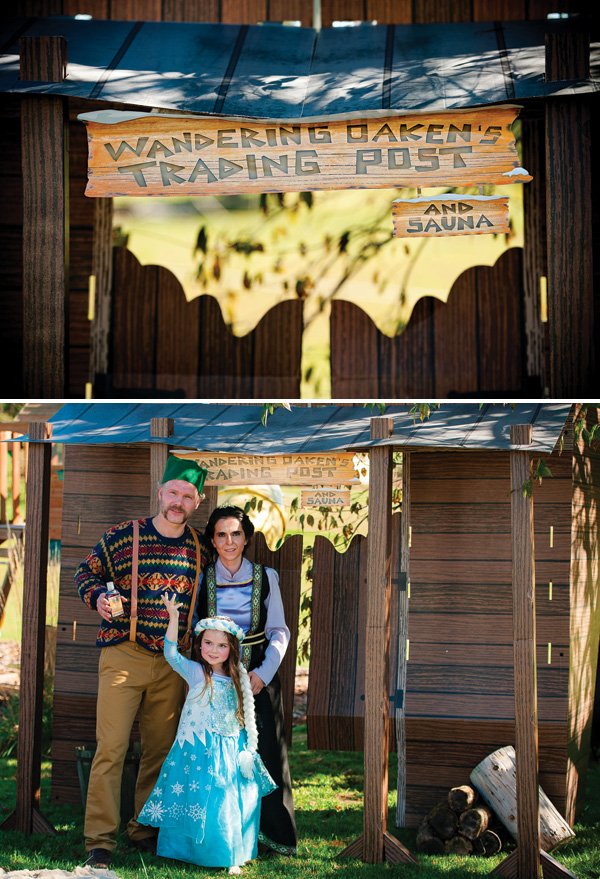 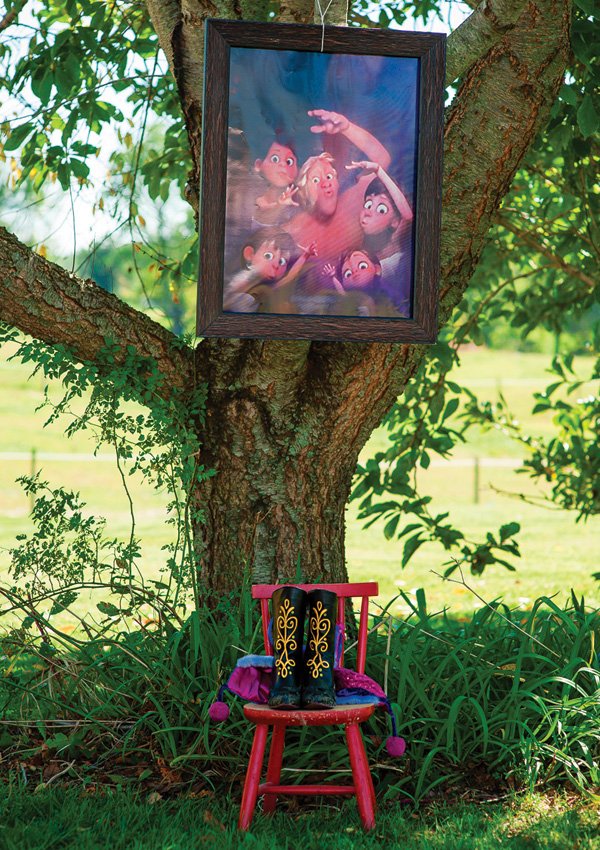 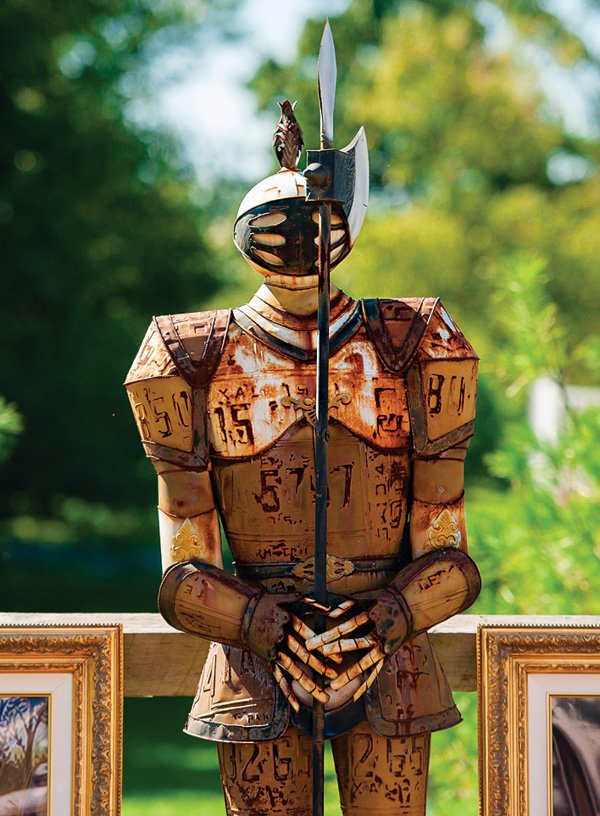 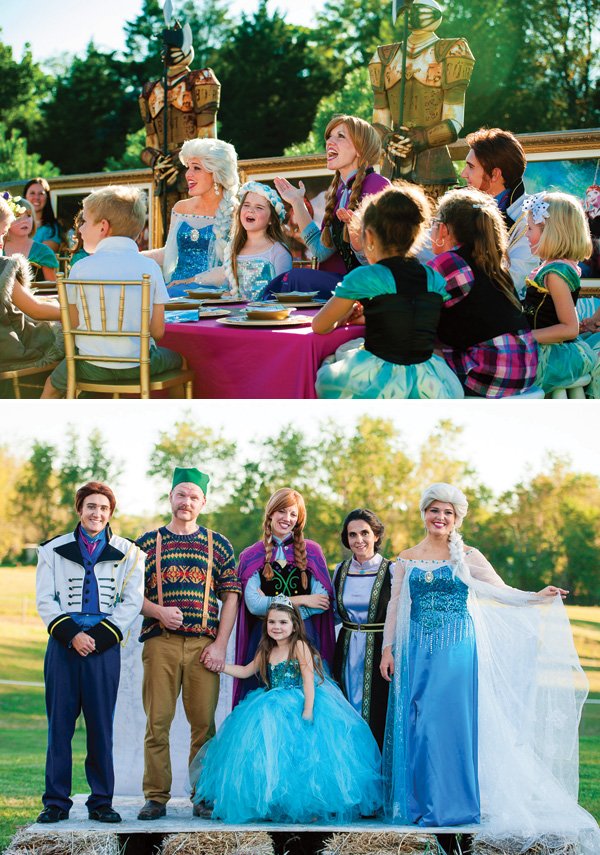 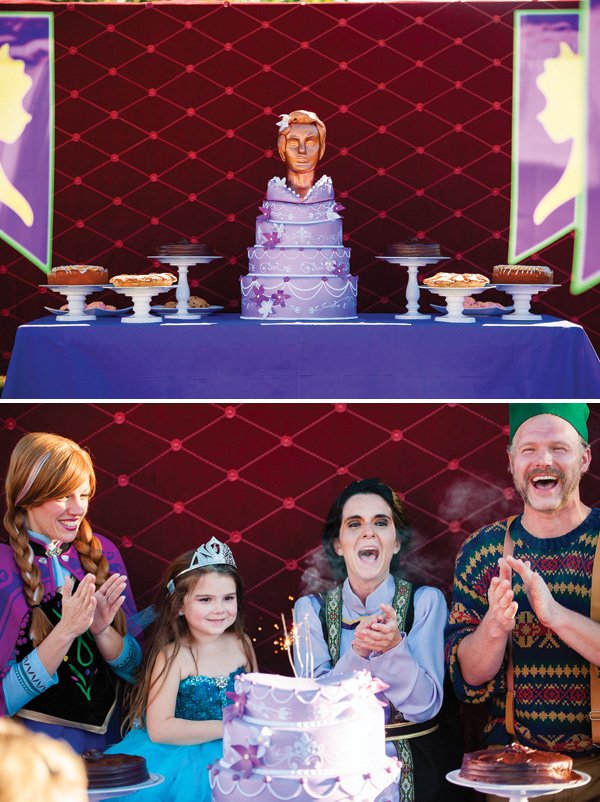 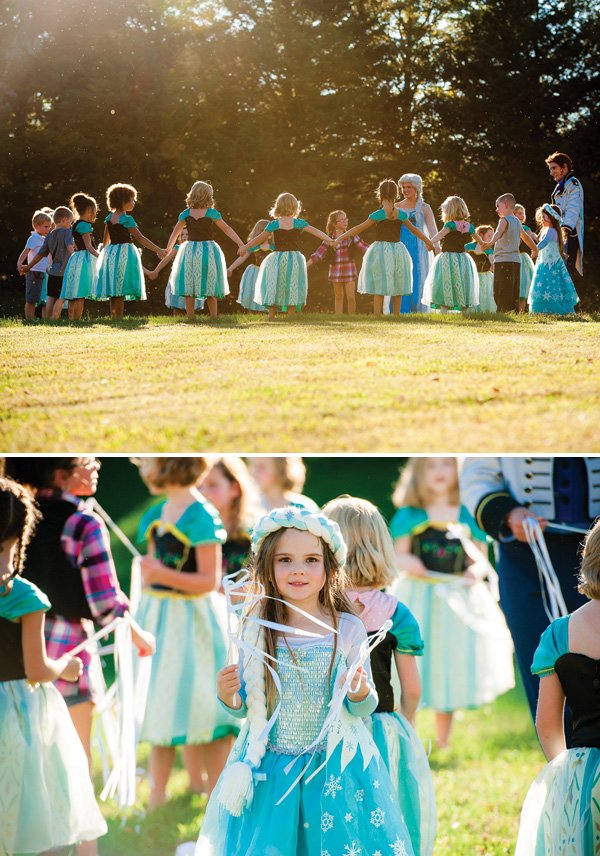 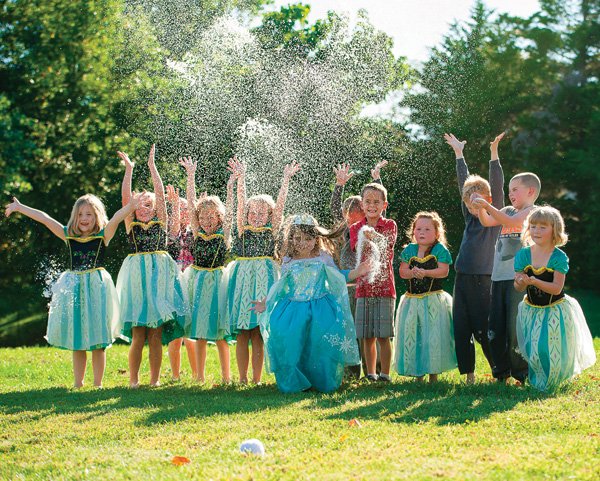 I wanted to do something different from all of the other Frozen parties for my daughter Lauren’s 6th birthday party. We focused on Arendelle on Coronation day, but tried to incorporate as many details from the movie as possible. I really wanted to reproduce Arendelle’s Kingdom in our backyard. Everything started with the invitation that was frozen solid in a block of ice and delivered in a cooler by the Ice Master himself, Kristoff. Inside, kids would find an Olaf, Anna’s frozen heart and the invitation. Having parents tell me the kids would break through the ice singing Frozen songs just confirmed what I had thought: they would love the invitation.

I reproduced exactly the same cake from Coronation day, even with the head that Anna drops on the cake. The Maypole that was presented on the movie outside of the castle was there too. Oaken’s Trading Post was there with Oaken himself being my husband. We had Elsa’s bedroom door in the middle and on the other side, lots of fake snow and snow balls for the kids to play with. All the guests sat at a large banquet table with the same paintings and knights from the castle behind.

We had an open gate letting the guests know that finally Arendelle’s gates were open. All of the characters showed up. Little girls were provided Anna’s dresses and the boys got Kristoff outfits, which they barely wore because the day was extremely hot. The kids had an AMAZING time, and one little line a parent of Lauren’s friend shared with me described how they felt at the party: “I’ll remember this for the rest of my life, mommy.” Mission accomplished.