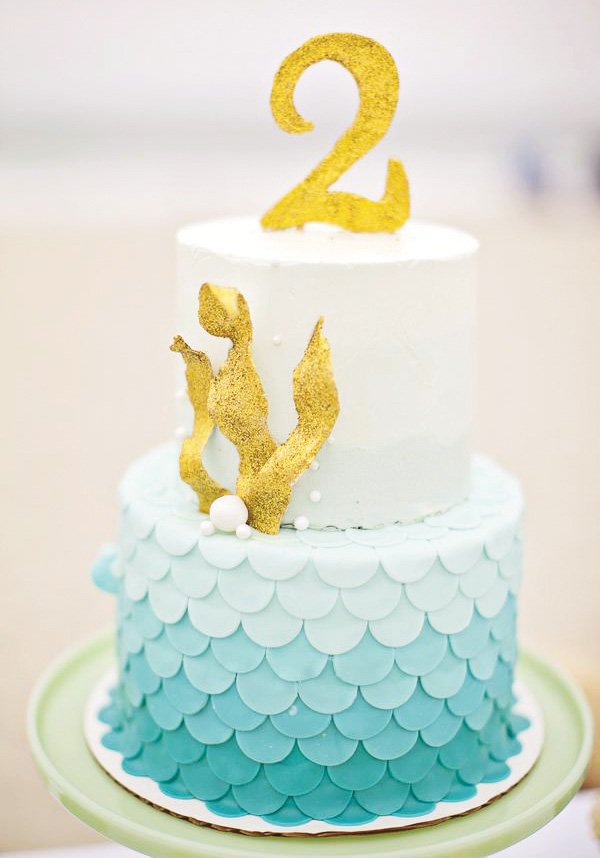 Hitting the beach is always a fun, refreshing way to spend the day, but it’s even better when you get to venture under the sea for an Ombre Mermaid Party by the amazing Paige of Paiges of Style! What little mermaid wouldn’t want to be part of this world with all these yummy treats & buried treasures? And after one look at these pics… I’m pretty sure grown-up mermaids would love to be part of this world too! ;) 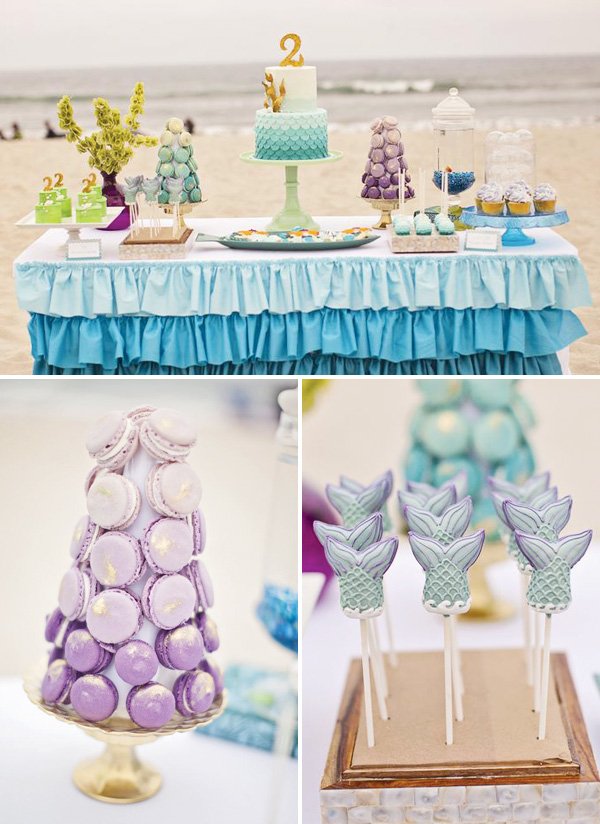 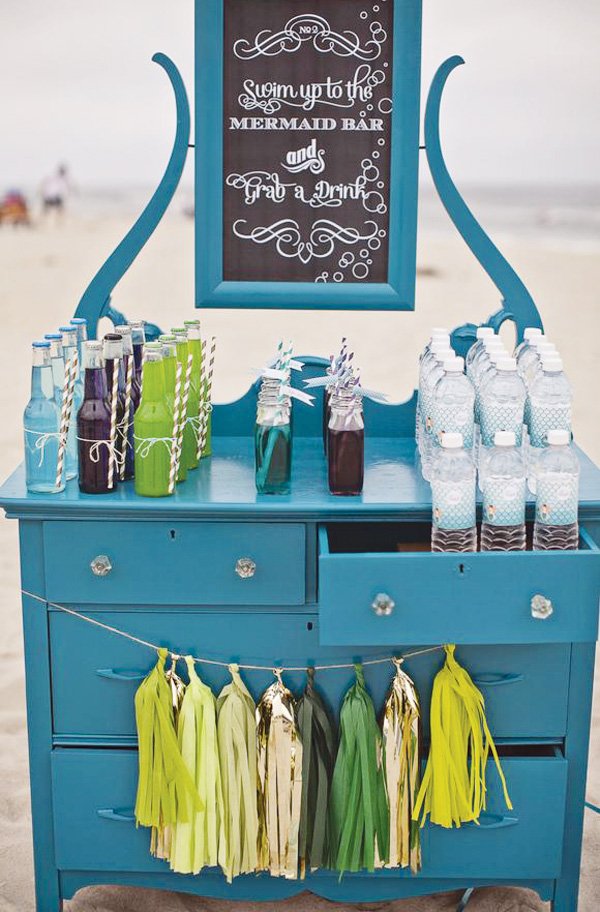 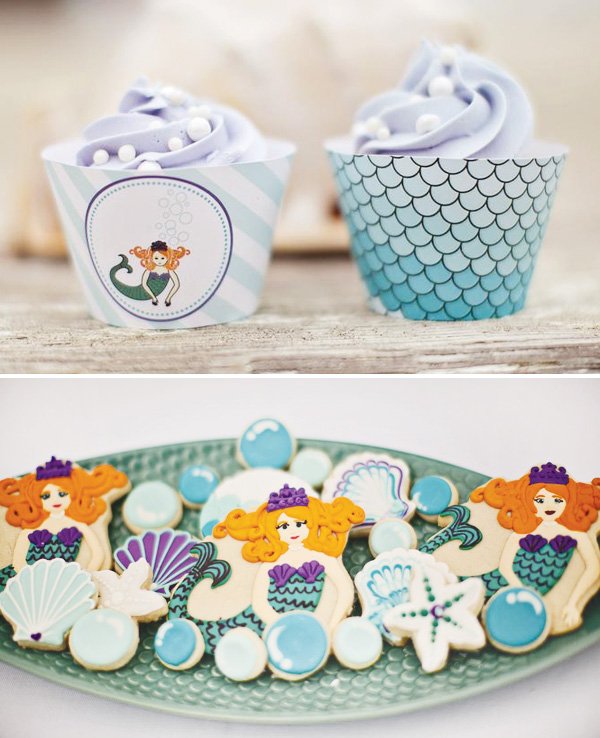 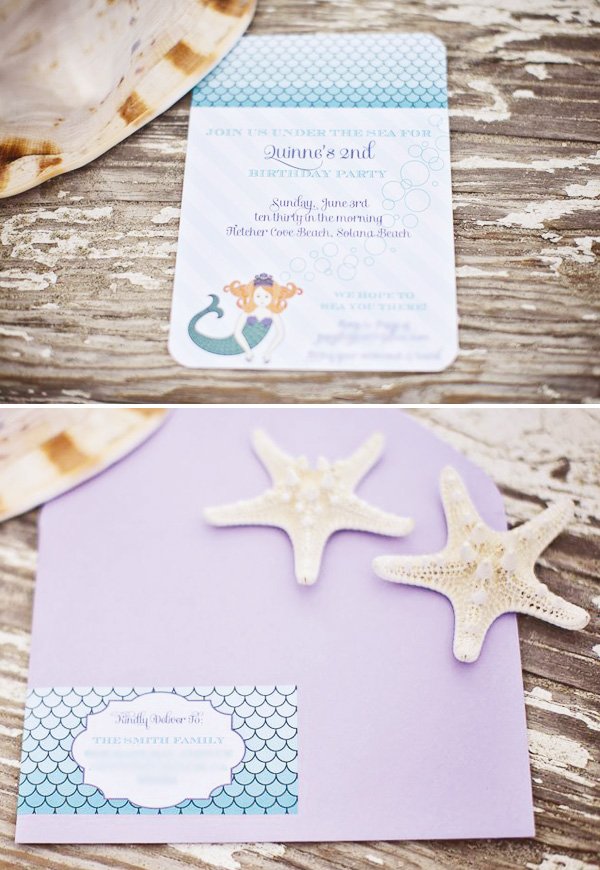 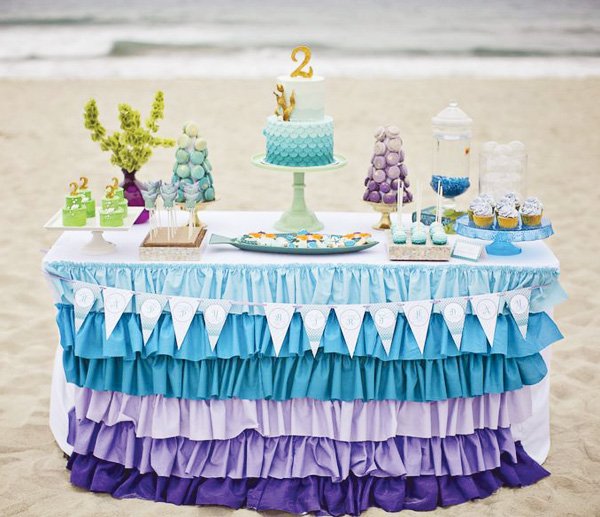 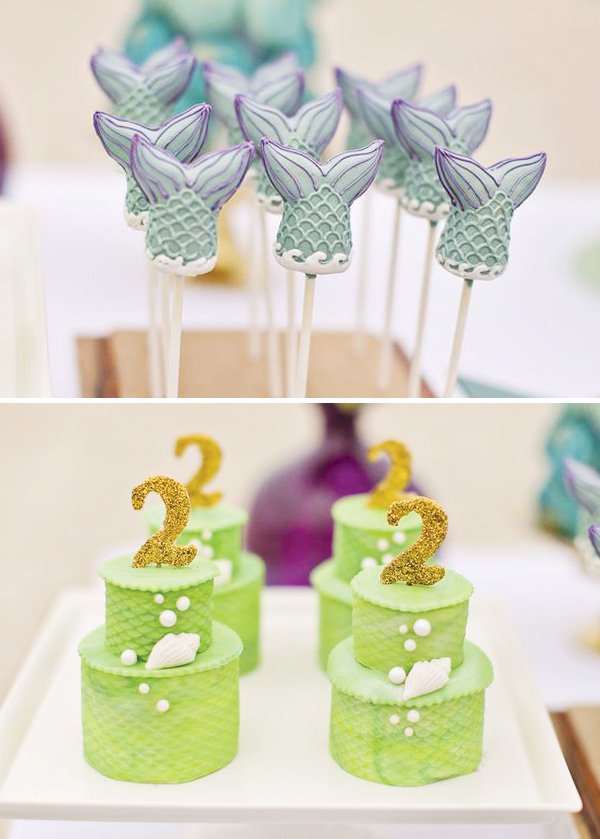 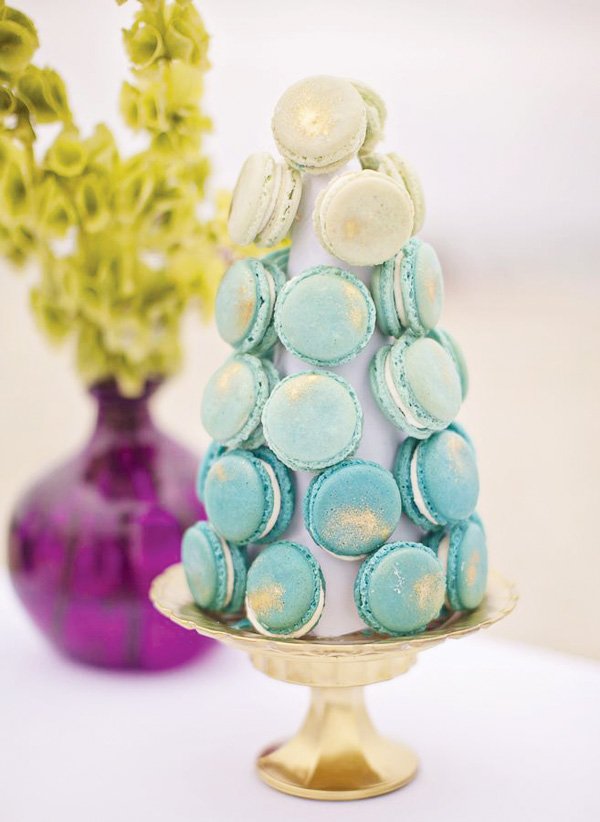 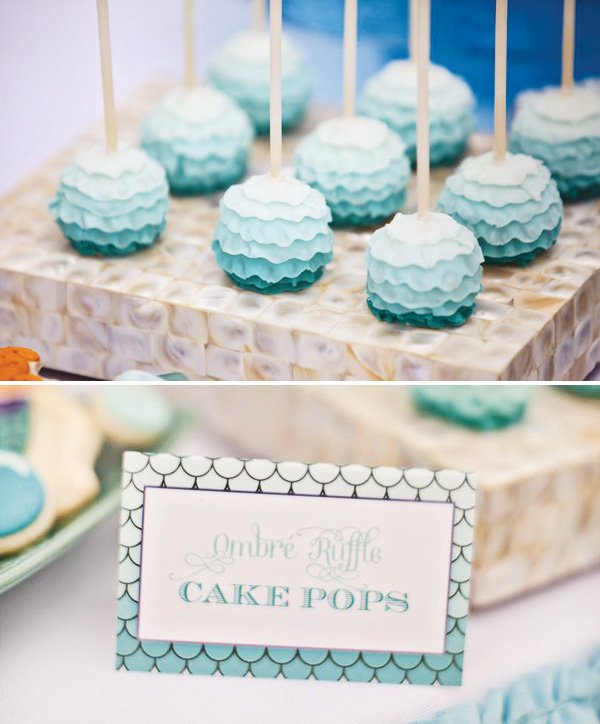 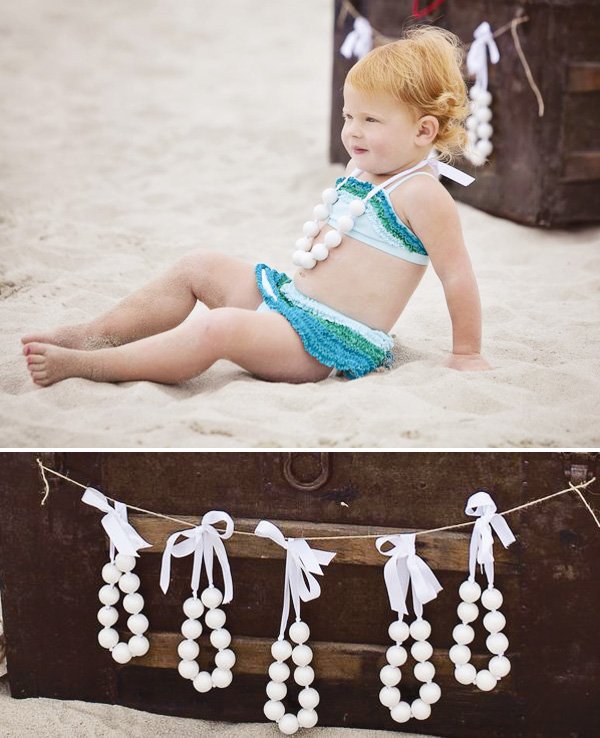 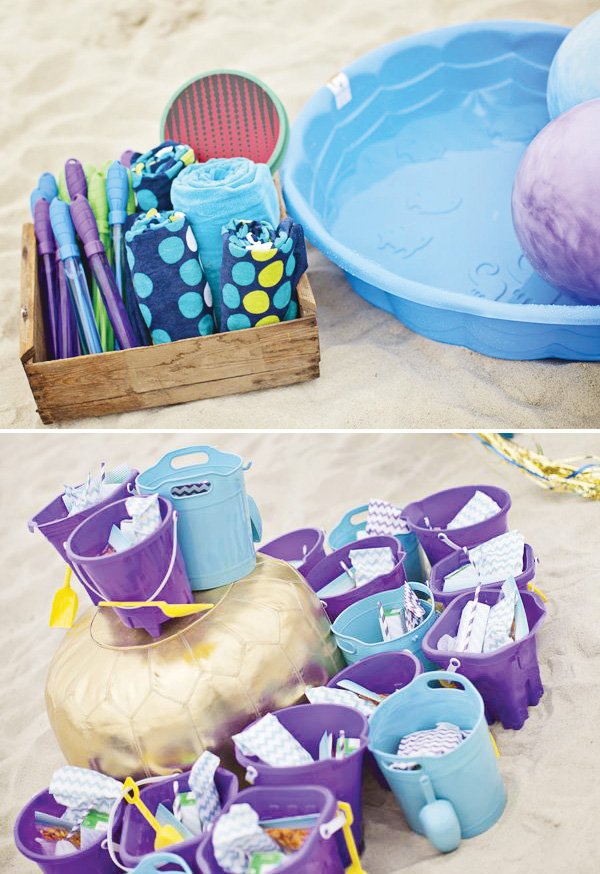 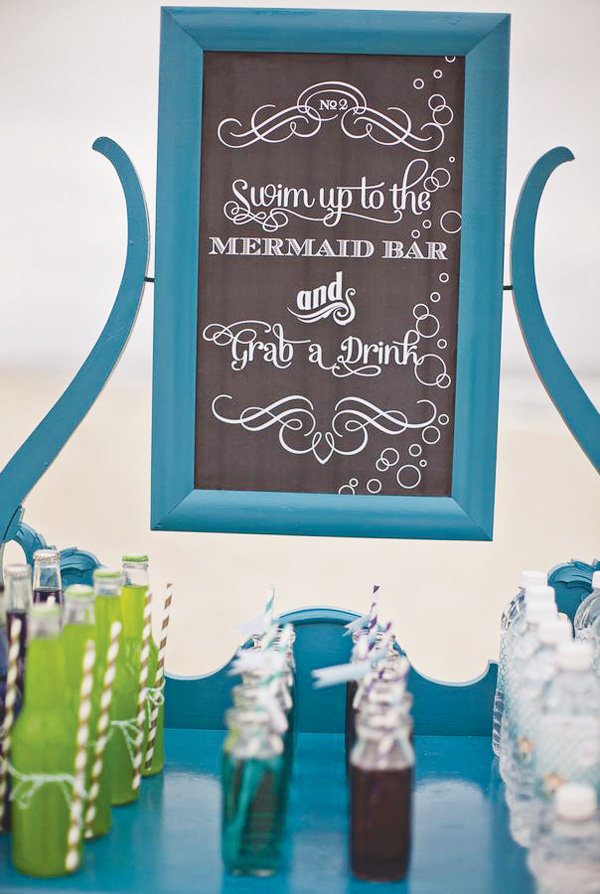 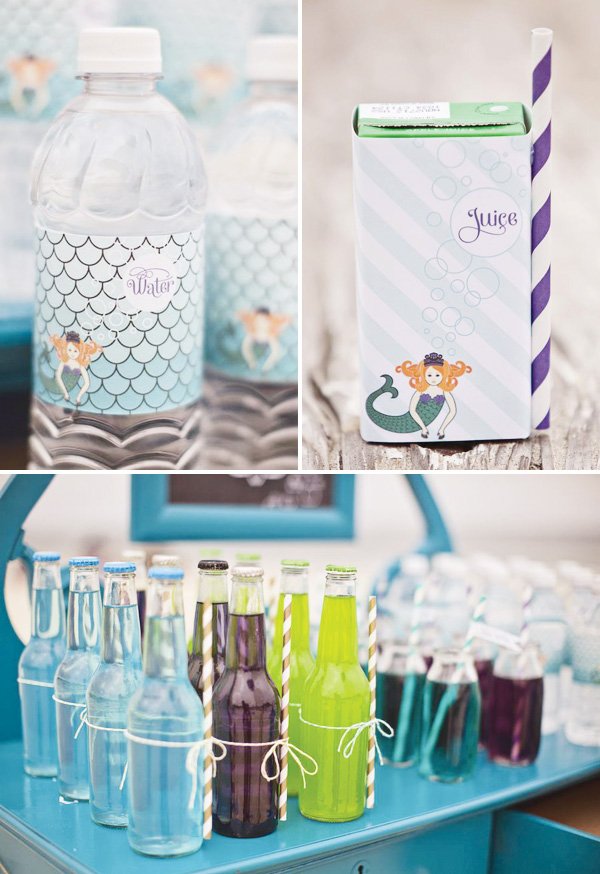 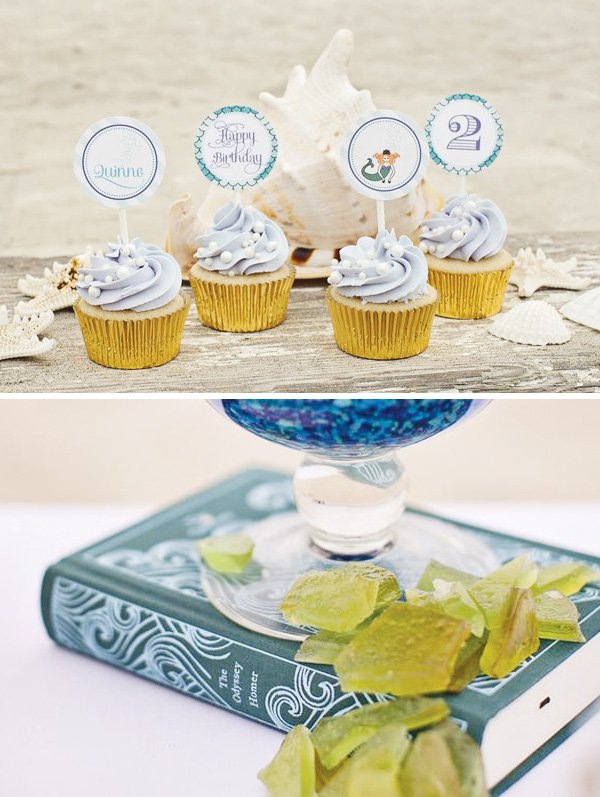 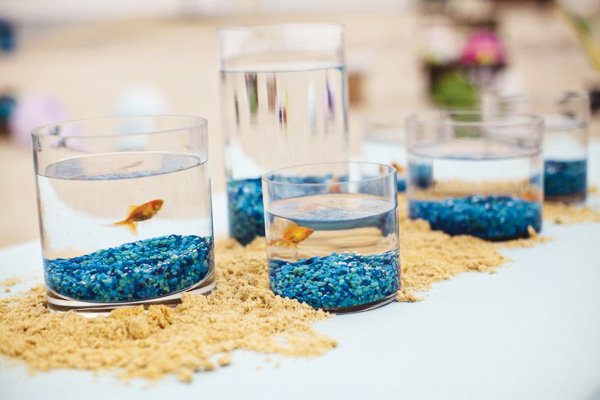 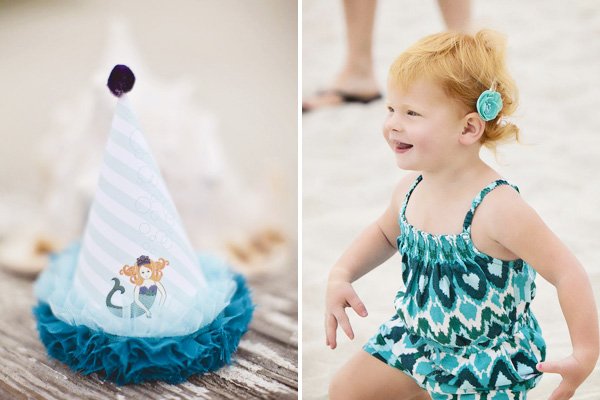 Our little Quinne was born with red hair and I knew right away that a mermaid party would be in the near future for her! We invited all of our friends and family to a nearby beach to celebrate with sun, sand and lots of sugar!


The dessert table was the highlight. I sewed the ruffled ombre tablecloth and set out an amazing display that would delight any mermaid. The ombre mermaid scale cake with edible gold kelp by Hey There, Cupcake was so gorgeous. Mermaid tail cake pops by K’Creative and the the ombre ruffle cake pops by Cake Ball Love were the favorites of all the kids. Mermaid cookies by Hayley Cakes were made to match the invitation exactly and wowed all of the guests, big and small. And last but certainly not least, the ombre aqua and purple macaroni towers by Baked were stunning. Edible sea glass, “kelp” mini cakes and sea salt cupcakes completed the dessert table.


All of the drinks were served at the “mermaid bar” that I bought for $50 and put a little elbow grease into painting teal. The children’s lunches were served in beach buckets which served as the party favors to take home. They loved eating their goldfish crackers while watching the real goldfish that were set up on the kids lunch table. Each child also took home some bubbles and a gumball “pearl” necklace as a party favor. Most importantly, all of the kids had a wonderful, fun day at the beach!


I have to add an extra note about using goldfish at a mermaid party. Prior to the party, I emailed our friends and neighbors and asked if anybody would be interested in having a pet goldfish after the party. I only bought as many goldfish as had been requested (plus our 2) to use at the party. I don’t believe that it’s fair to give out fish as a party favor because some parents may not want the pets and might dispose of them. I can happily report that our goldfish are still happily swimming around 2 months later! :)