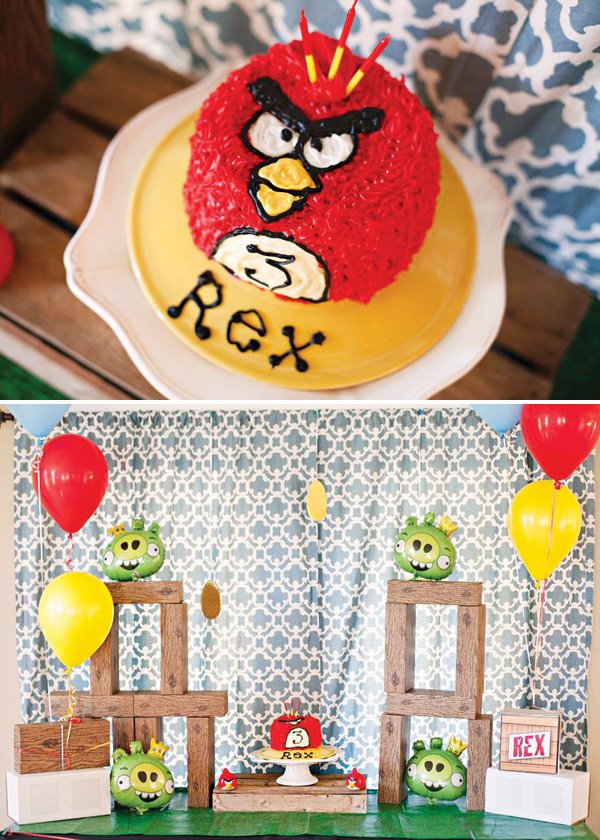 Michelle Samardzija of Mad Momma Events is back with another adorable birthday party for her son (remember the amazing Neverland party from a little while back?). I don’t know many people who haven’t at least heard of the addicting game, Angry Birds, and what better way to celebrate your love for it than by having an Adorable Angry Birds Birthday Bash?! These little birds might look angry, but I think it’s safe to say they’re just excited to do their destructive job! :) 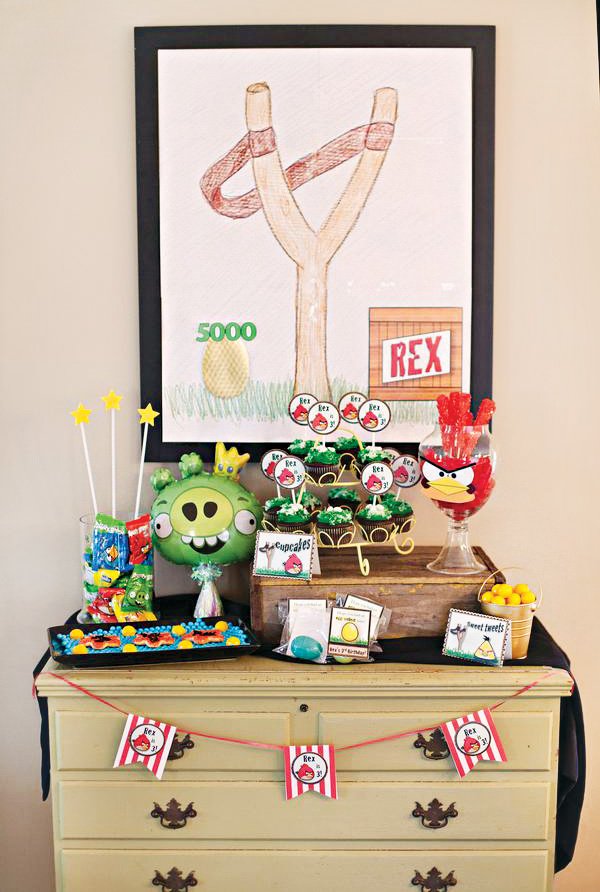 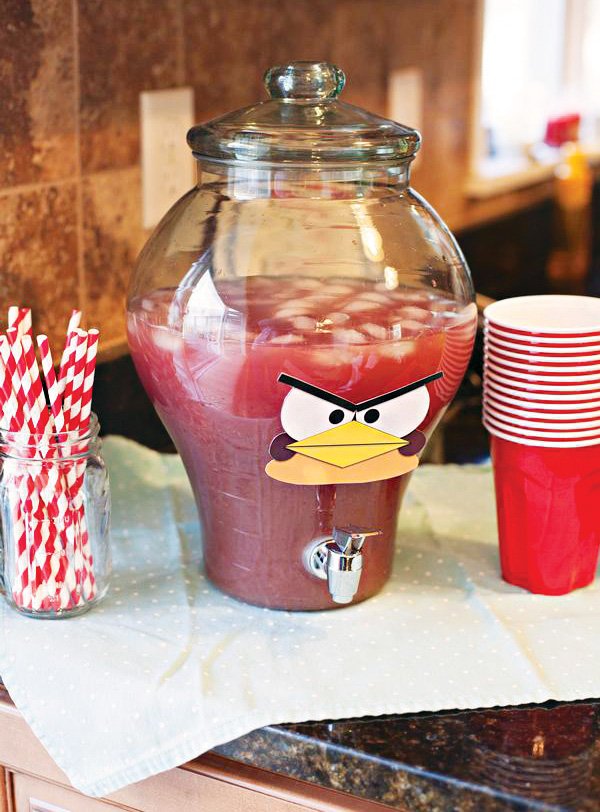 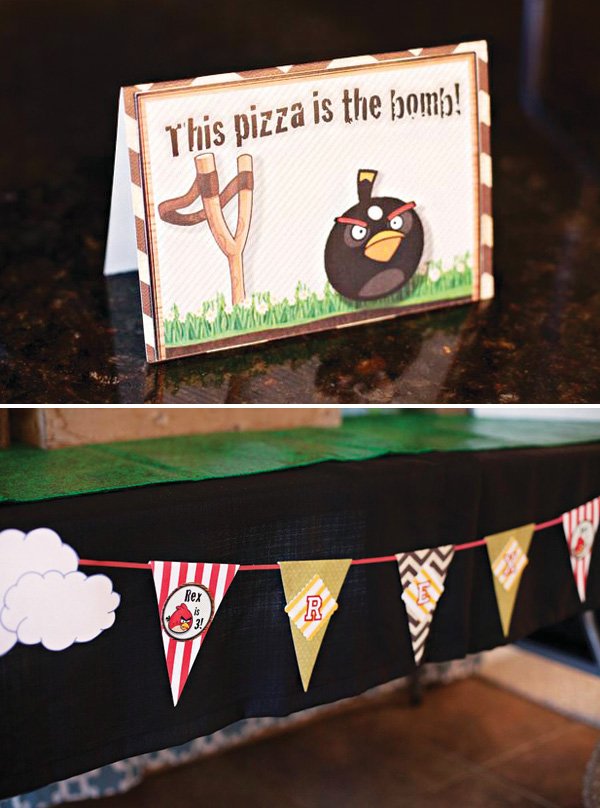 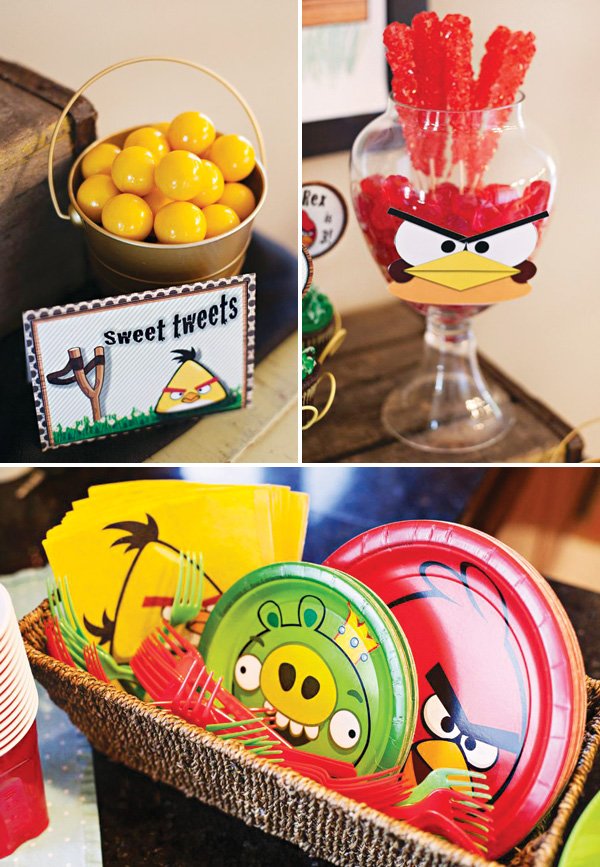 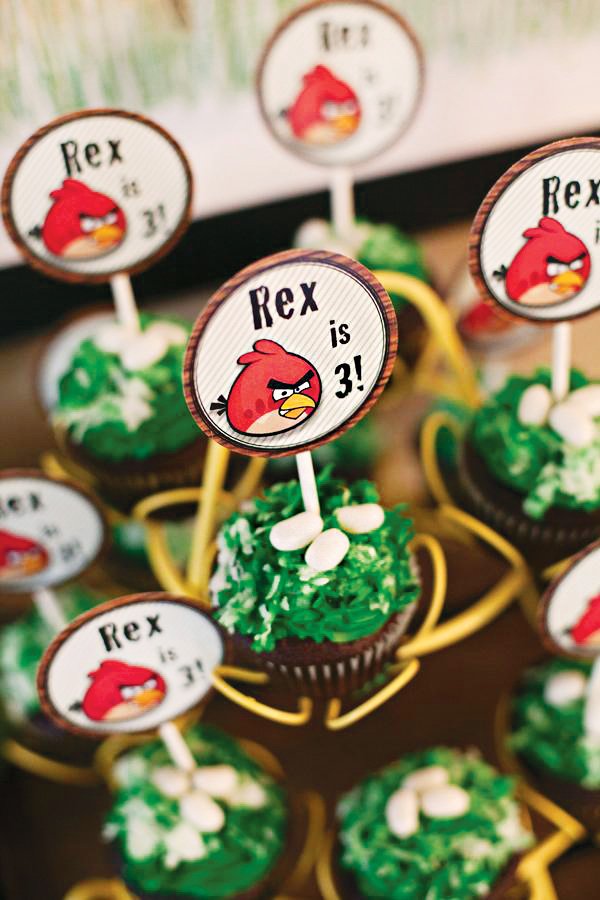 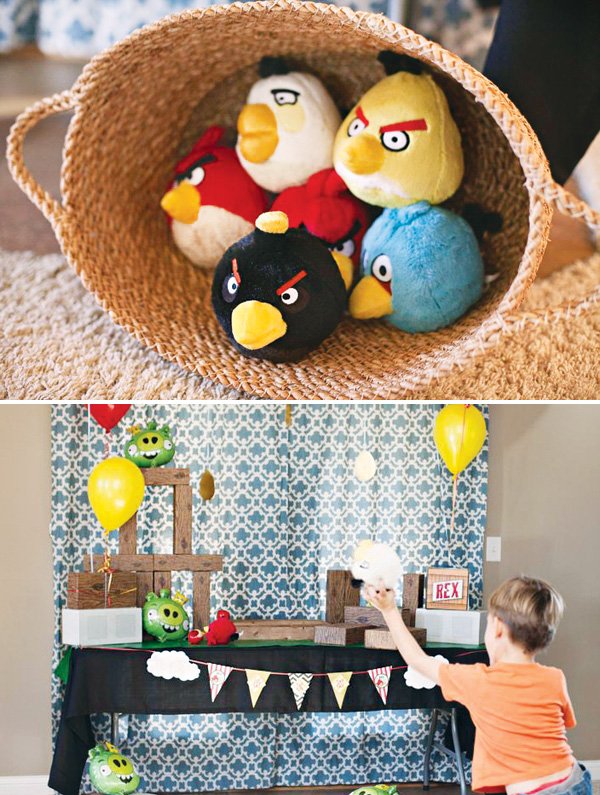 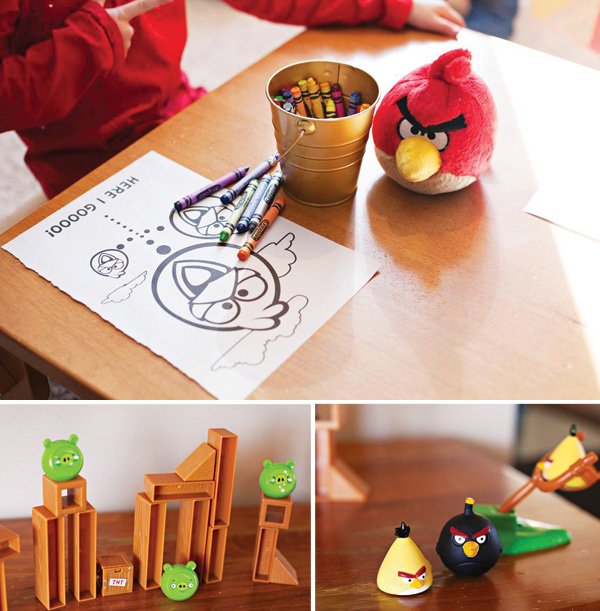 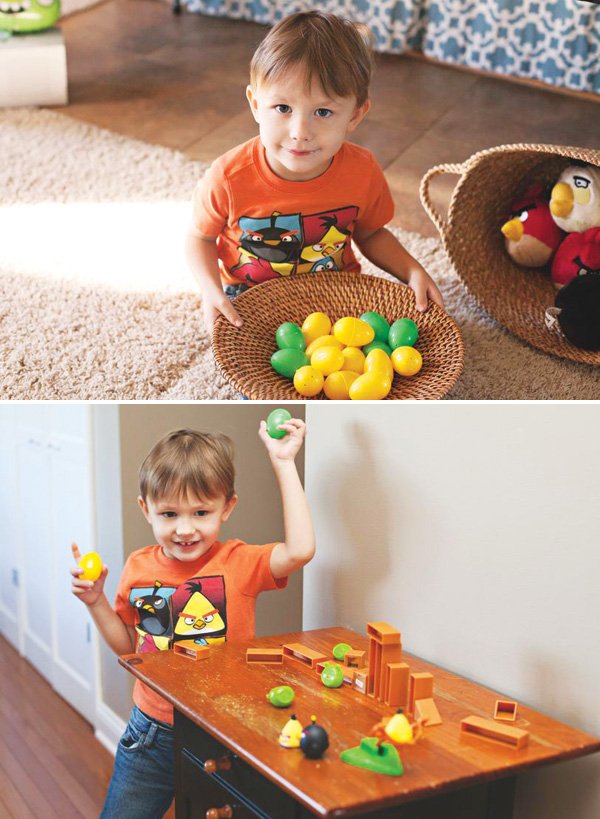 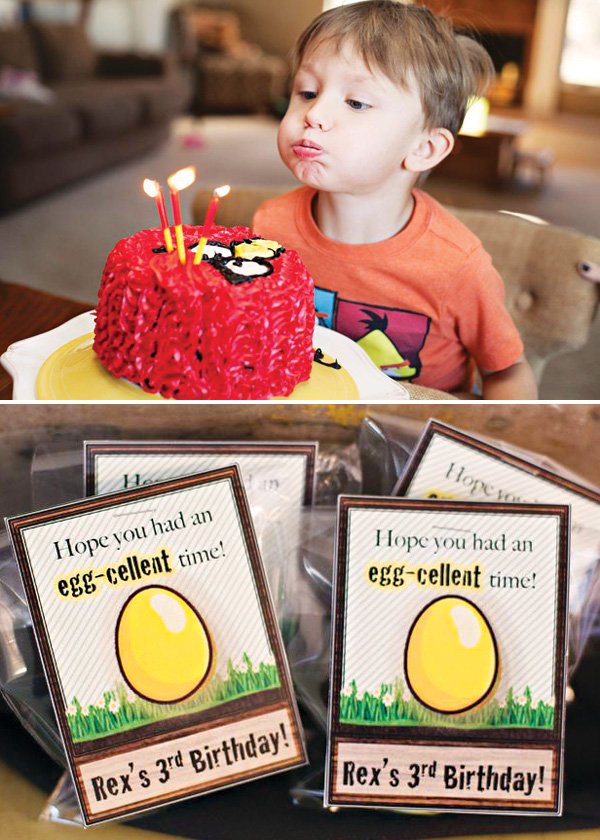 PARTY DETAILS as told by Michelle…

This was the perfect birthday bash for your average Angry Birds Fanatic. Mad Momma Events went modern and trendy with this character theme by using contemporary
patterns and colors. The olive green elevates the palette from your typical primary colors. The Red Bird cake takes center stage in between cardboard building blocks just waiting to be knocked down. Green Pigs and golden eggs await the brawl. Rex even had his very own bomb ready for action. We had a “Sweet Tweets” table with Angry Birds Gummies, Red Bird Rock Candy, Yellow Gumballs, and Star-shaped Cookies. The Red Bird cupcakes had three white jelly bean eggs resting in a coconut nest. The party favor was a plastic egg filled with jelly beans wishing you an “egg-cellent” time. We had an egg hunt, colored Angry Birds, and launched our plush birds into the bad pigs to save the eggs! Our pizza was the bomb, along with a leafy green salad and Red Bird Punch. The cutest bird of all blew out the three candles on his Red Bird cake and spent the rest of the afternoon launching birds and knocking down pigs.