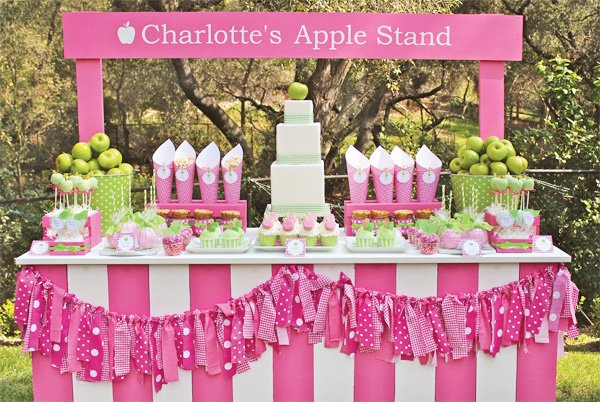 This next party feature is just as sweet as apple pie! Not to mention apple cupcakes, apple cookies, apple cheesecake… you get the picture. ;)  Jenny from Bloom Designs created this clever “APPLE OF MY EYE” Birthday Party for her daughter Charlotte, and “ridiculously cute” would be an understatement!

I love how she incorporated traditional “apple party” elements like hay bales and baskets but gave the theme a fun twist with preppy patterns and a vibrant pink & green color palette. One of my favorite DIY elements has to be the hot pink paper lanterns that were transformed into darling “apples” with the addition of green paper “leaves”! Read on for all the super-sweet images + creative details… 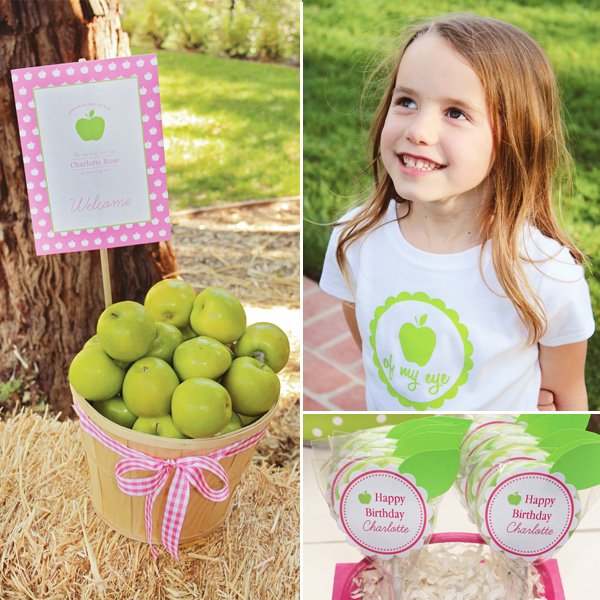 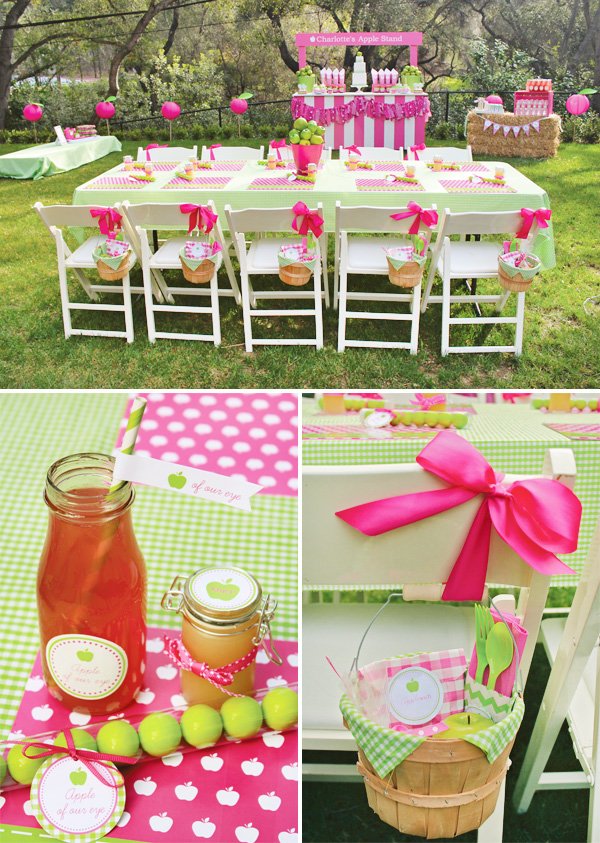 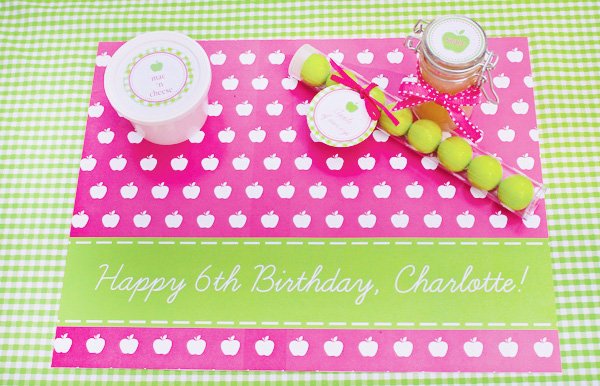 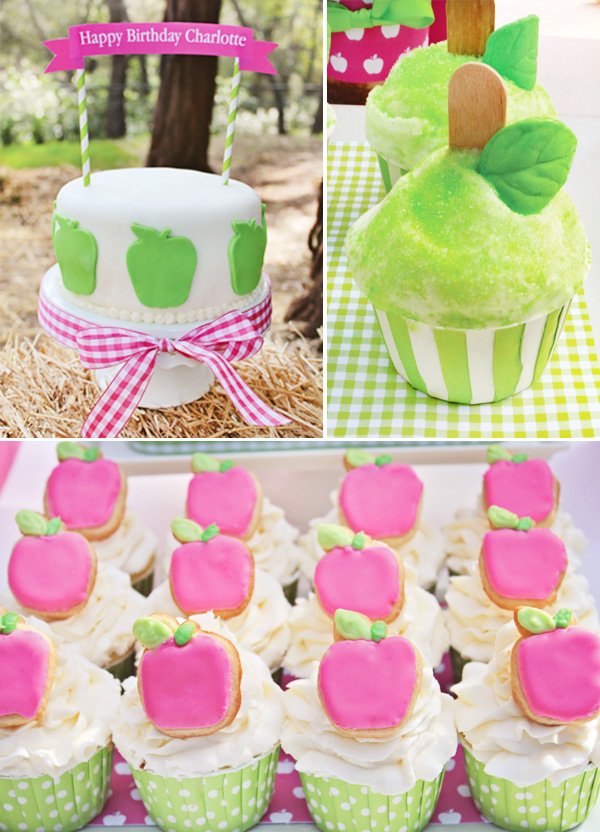 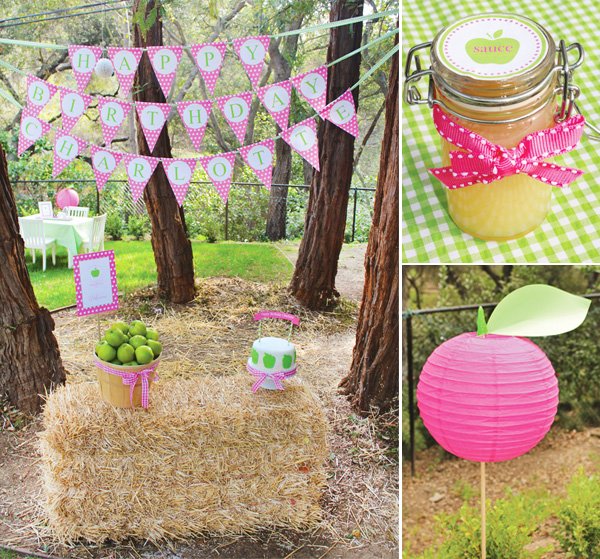 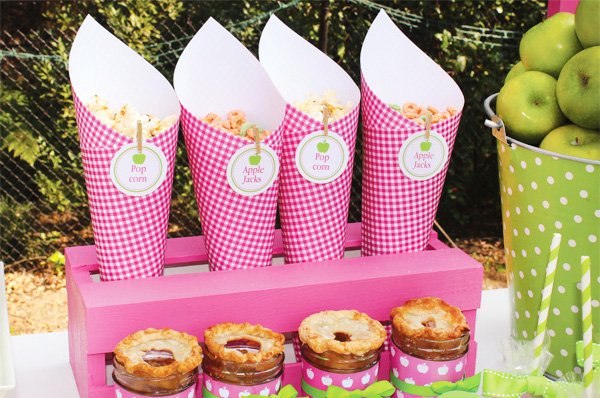 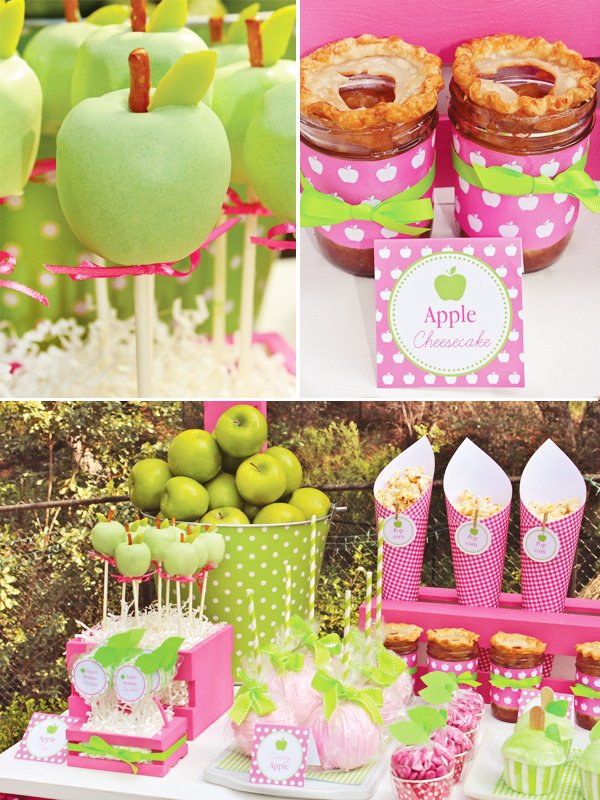 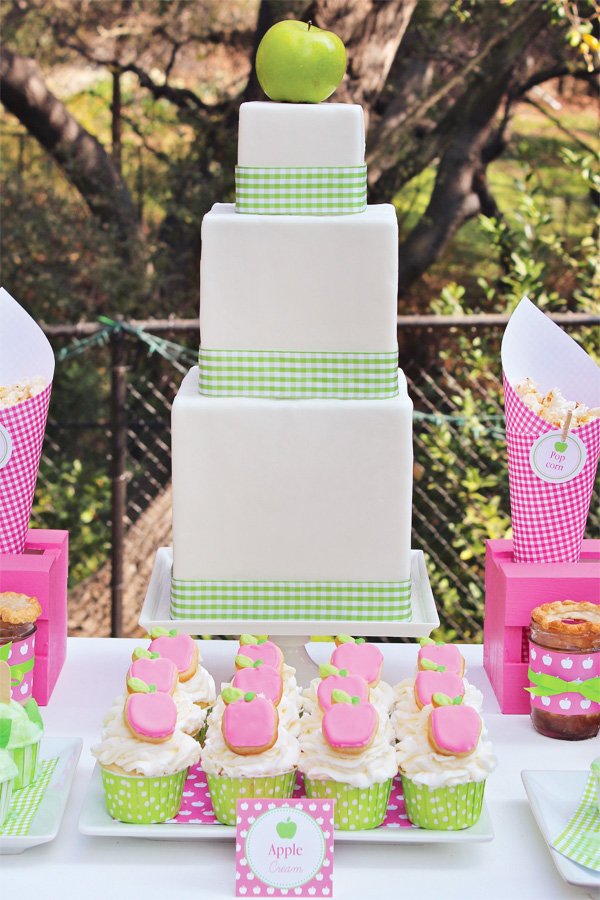 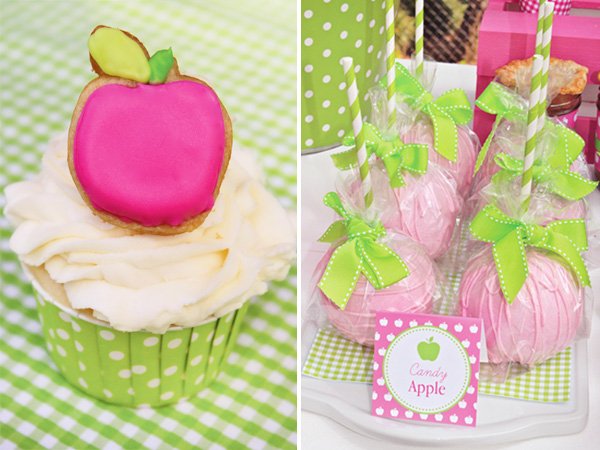 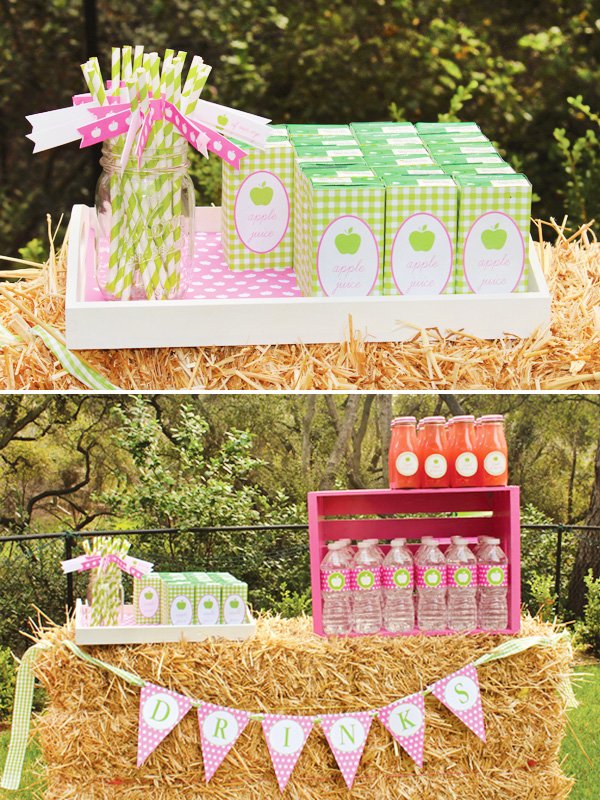 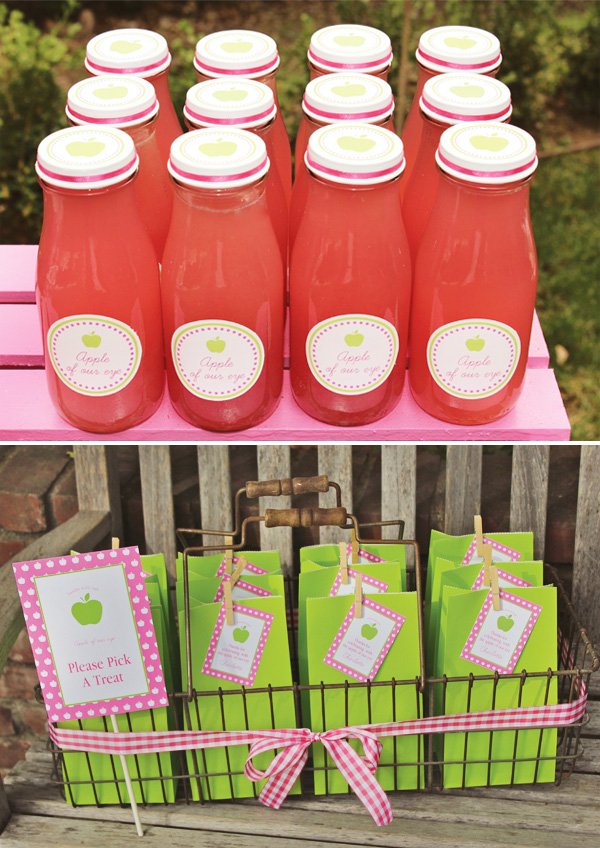 I created this Apple of Our Eye party for my daughter, Charlotte’s, sixth birthday. I did not want the party to feel like a harvest so I incorporated crisp, modern printables and a preppy bright pink and apple green color scheme.

I wanted the focal point of the party to be an apple stand where the desserts would be displayed. I found a tutorial on how to make one on the blog, Lil Luna and decided to build it. I had the wood cut to size when I purchased it, so I basically just had to screw it together. My 10 year old daughter and her friend made the bunting for me using different hot pink and white fabrics. I had a local print shop cut a vinyl decal for the lettering. The farm stand and crates used for display were painted to match the pink on the invitation. I turned hot pink paper lanterns into apples and lined the edge of the yard with them.

When the little guests arrived for lunch, they untied their apple baskets from the backs of their chairs and dined on applewiches, harvest chips, mac ‘n cheese, apple sauce and of course a crisp green apple. They sipped on apple juice and lemonade served in glass jars. Each girl had an apple of our eye gumball tube at her place setting. To make the placemats, I simply made a document on word and then had it enlarged on thick glossy cardstock at my local printers

After lunch the girls did apple of my eye make up, made paper mache apples using left over fabric from the bunting and made apple necklaces. They also made their own mini apple pies in mason jars that we called, Charlie Pies- my daughter’s nickname.

The girls treated themselves at the farm stand, which was filled with apple cake pops, apple cupcakes, applejacks, and candy apples. There was also ice cream scooped in candy cup and shaped to look like apples complete with wooden stem or spoon. They also loved the M&M apples done in baking cups as well.

Party favors were apple of my eye t-shirts.