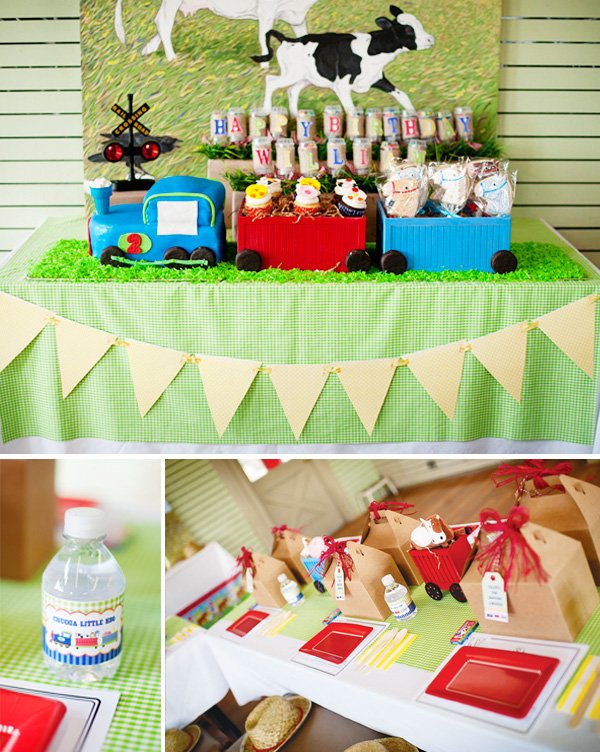 Keeping the party simple, but sweet guests were presented with a colorful array of desserts including horse on a stick cookies and cupcakes with fondant farm animal toppers cleverly being pulled by a train birthday cake. Push pops wrapped in burlap and filled with M&Ms also added to the sweetness. We’re loving the large farm themed paintings that doubled as beautiful backdrops in this quaint classroom. Other favorite details include the kraft filled gable boxes, coloring sheet placemats, and yarn wrapped “Choo Choo” letters. 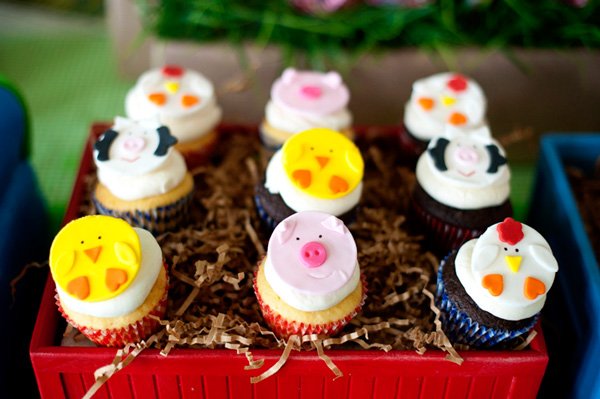 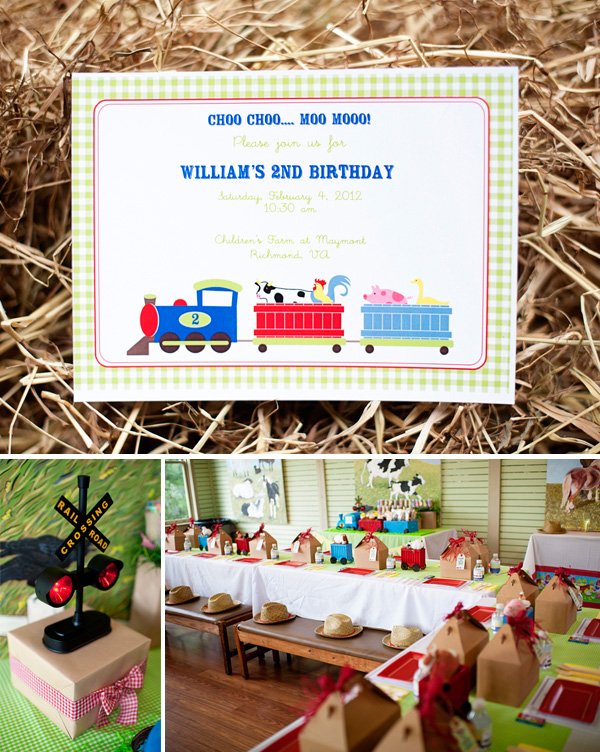 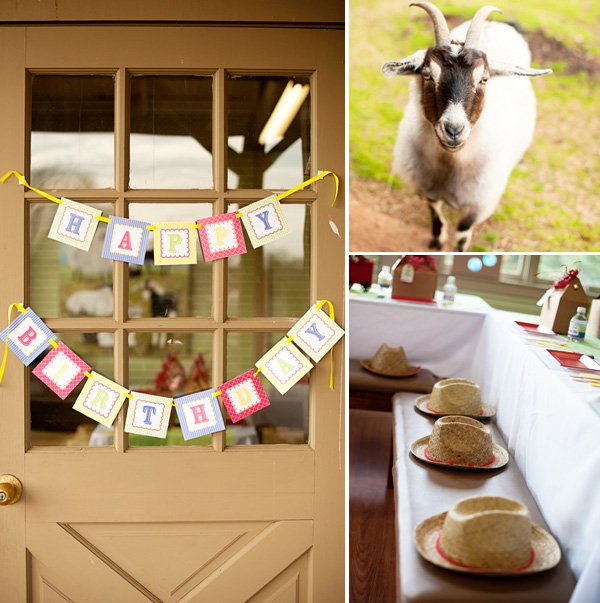 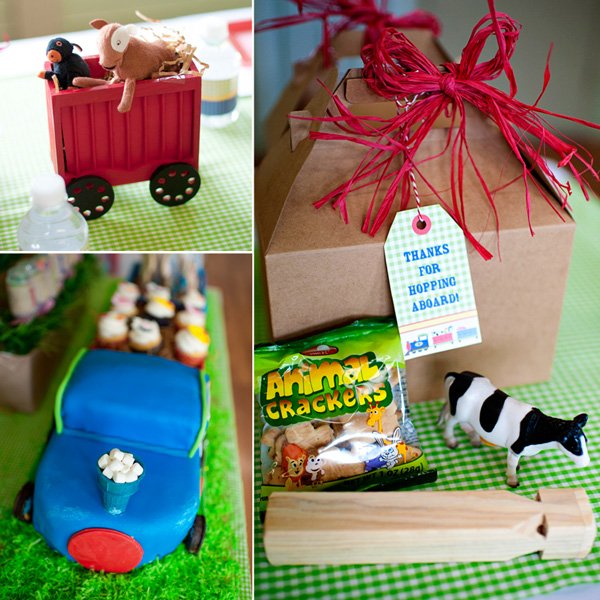 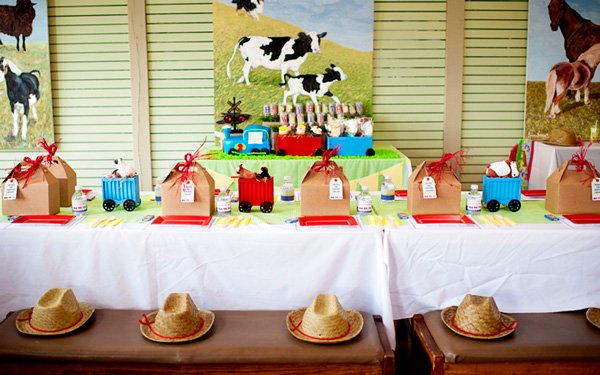 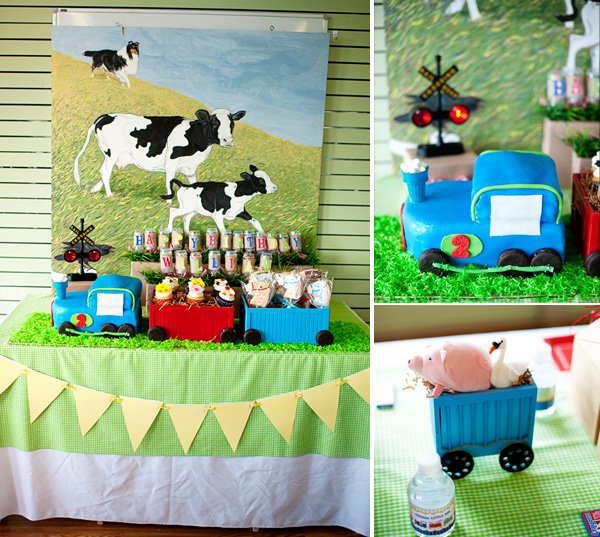 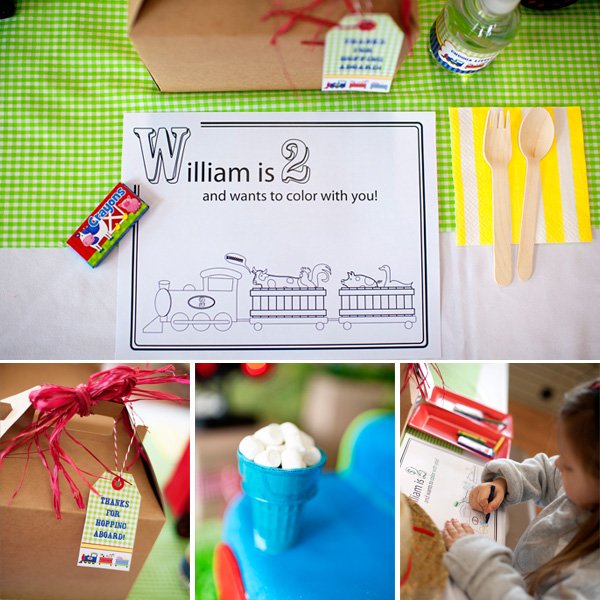 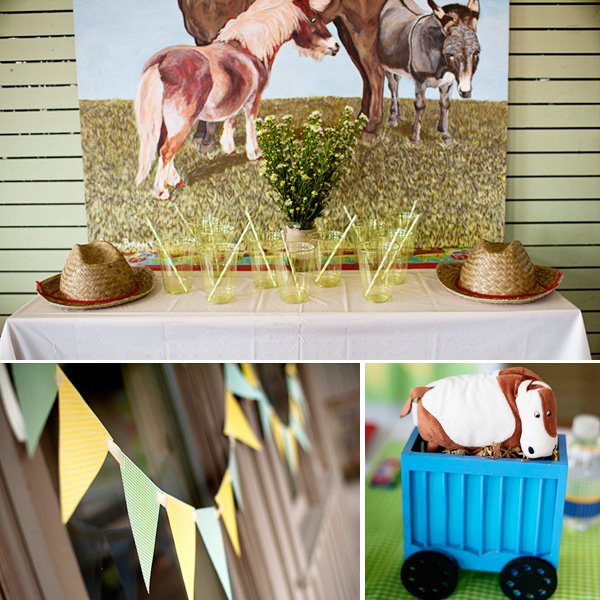 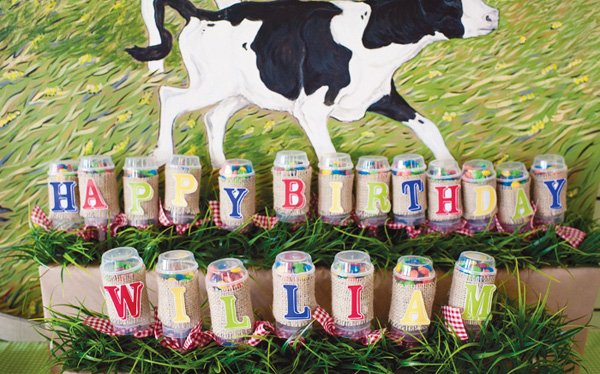 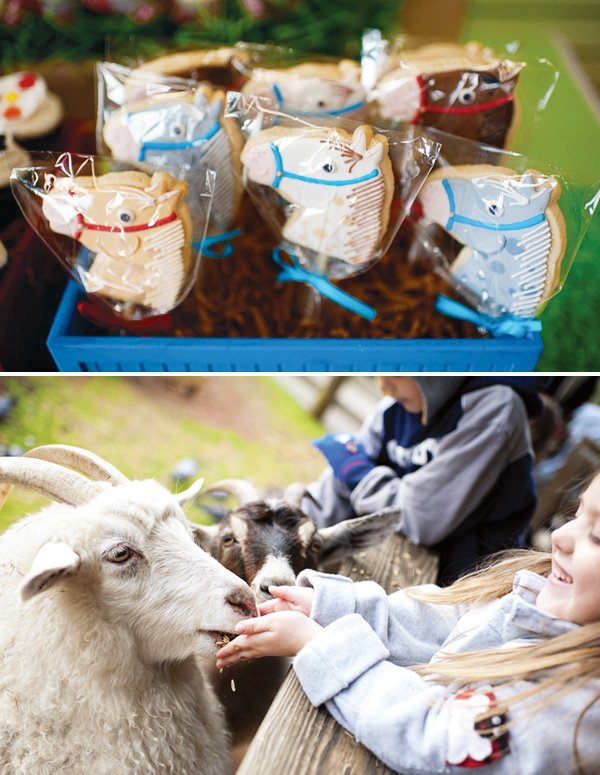 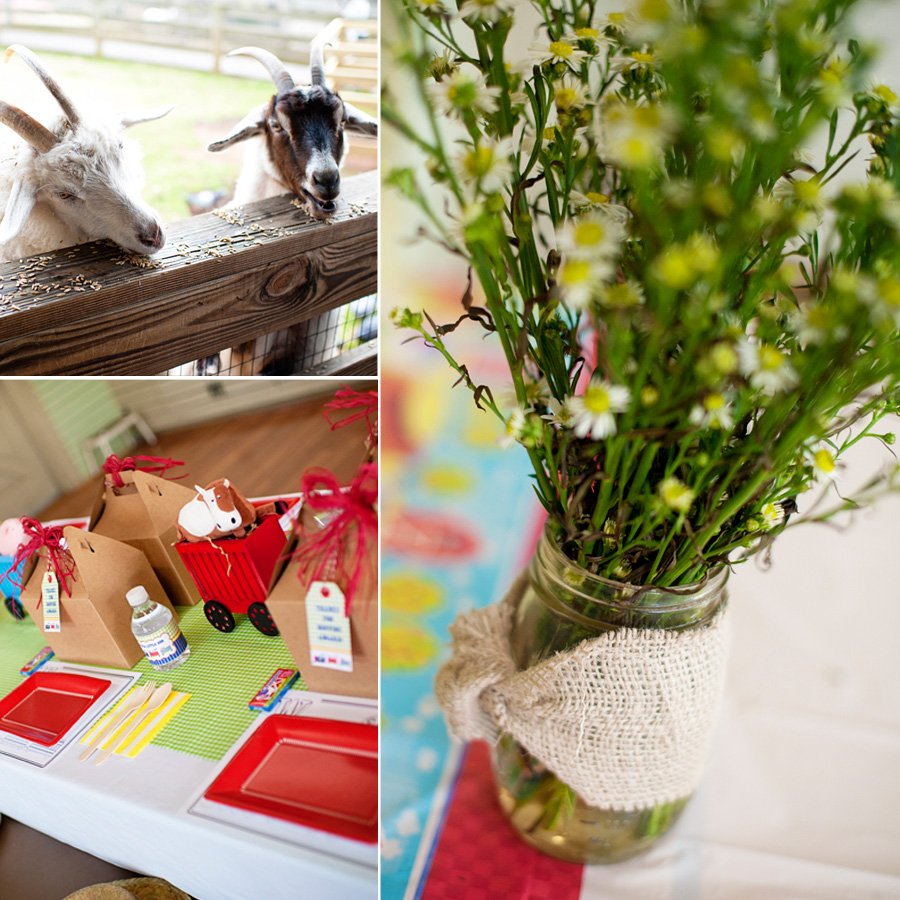 PARTY DETAILS, as told by Xiomara…

Choosing William’s birthday party theme was a bit tricky this year, I really wanted to make sure I picked something that he liked. He received a train table for Christmas and loves playing with the little trains or as he calls it ” choo choo”. He also received a tractor with Farm animals that has a cow and he calls “moo”. I think it is so funny when kids are learning to talk and they call things by the sound they make. That is how I came up with the party theme. I decided to do a little play on the words ” choo choo” and “moo, moo” and have a Choo Choo goes to the Farm party! Once I had decided on the theme I contacted the girls at Anders Ruff and talked about my vision for the invites and party printables. I was blown away with what Adria came up with, it was exactly how I had envisioned everything.

The party was held at the barn of “The Children’s Farm” in Maymont, a beautiful park here in Virginia. The little classroom where everything was set up was adorable. It had three beautiful Farm themed paintings that were a huge selling point for me as I knew they would be the perfect backdrop for everything. It also had huge windows that let tons of natural light in which I love. I knew I was taking a risk by booking a mostly outdoor venue for a party in February but it paid off. The weather was perfect and every one had a great time.

I decided to keep it simple with the Dessert Table and not go too crazy with the sweets. For the cake, I wanted to replicate the train illustrated on the invitations and my mom did the most amazing job at it. I bought medium size wooden crates at Michaels and spray painted them in blue and red to use as carts. Clementines Cupcakes made fondant cupcake toppers representing farm animals and Bees Knees Creative made the adorable cookies on a stick in horse shape. They were a big hit among our little farmers. I also bought some push up pop containers and decorated them with burlap, some red gingham ribbon, and letters to spell out “Happy Birthday William”. They were filled with chocolate m&m’s. I was lucky that I had 20 kids at our party and “Happy Birthday William” has 20 letters…hmm, coincidence? I needed something long and and pretty high to arrange the push up pops. After looking everywhere for something that would work, I bought styrofoam blocks, stacked them together and wrapped them in natural color wrapping paper. I cut pieces of some grass mats I had at home from a previous party and glued them to the top of each block. The grass gave it a special touch. I also found a really cool railroad train crossing sign that was the perfect prop for our dessert table. It had flashing lights, real train sounds and it really set the tone for the party.

The tables were dressed in white linens with apple green gingham runners. Treat boxes were set at the tables. I wanted to use little suitcases for the goodie bags but opted for the natural color gabble boxes which had a similar look and were less expensive. Each gabble box included a wooden train whistle, a farm animal with sound, and animal crackers. I had a bow made of red raffia and a tag that said “Thanks for hopping aboard”. I also had some custom coloring place mats made to match the invitation. The kids colored their place mats while their food was being served.

I wanted to bring more of the “train” aspect to the party and decided I wanted centerpieces for the tables that would make the party look cohesive. I bought wooden animal carts at Michaels, I think they were circus carts, but I thought I could make them work with our theme and they were on clearance for only $1. I really needed to give it a try! I painted them in blue and red and added a piece of card stock so that you couldn’t see through them. This made them look more like train carts. I purchased some small plush farm animals at Ikea and inserted them in the carts to again, resemble the invitation.

Paper Mache letters that spelled “Choo Choo” were wrapped in red and yellow yarn and arranged in front of a window in efforts to bring more of the “train” theme in as well.

The kids (and adults) had so much fun feeding the goats and strolling down the farm to see the other animals. At the end of the party we had a Hay Ride around the park. Like I said, I couldn’t have asked for better weather in February. I was very blessed and grateful for that.

My kids’ birthday parties are always so special to me, it is a time to celebrate all their accomplishments and really sit back and reflect on how fast time has gone by. It is a bitter sweet thing. I wish I could hold their tiny bodies in my arms forever, but I realize it is not possible. I just have to embrace all the changes and be incredibly happy at the fact that I have been so blessed with these two beautiful beings that call me mom. With William is my “baby” (yes, he still is and always will be) watching him turn two was specially hard for me. I feel like once they turn two they start looking more grown up and less like a baby. It’s hard. At least I know I have all the memories and pictures to hold on to forever, even if they still keep growing.