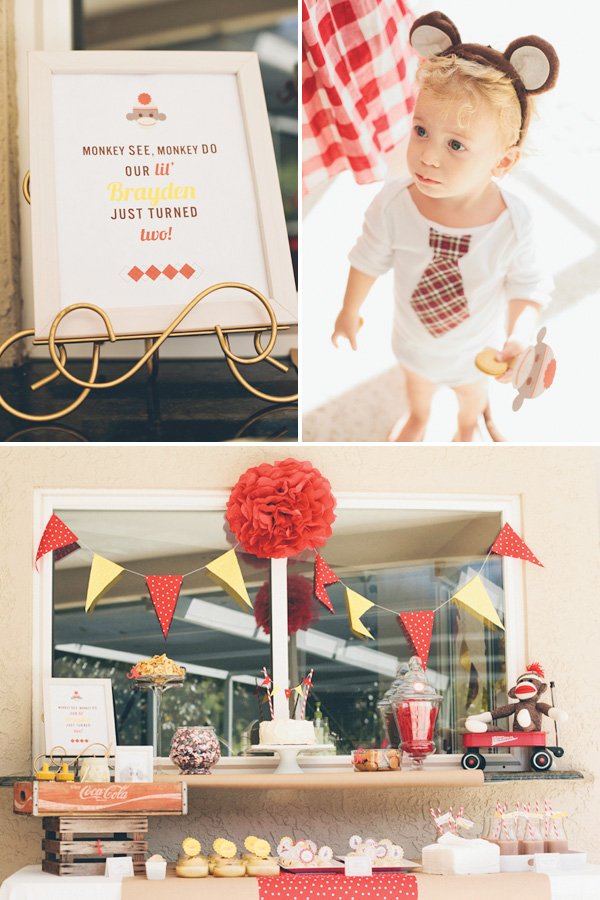 Planning is often done way in advance, but with an out of state move in the mix, Tabitha of FreshMommyBlog pulled together an amazing Sock Monkey Birthday Party for her own “little monkey” in just two weeks! And between the stylish decorations, classic-meets-modern printables by Luvalexa, and delicious themed treats like Banana Creme Nutella cupcakes, you’d never guess this celebration was a quick-turn project at all! :) 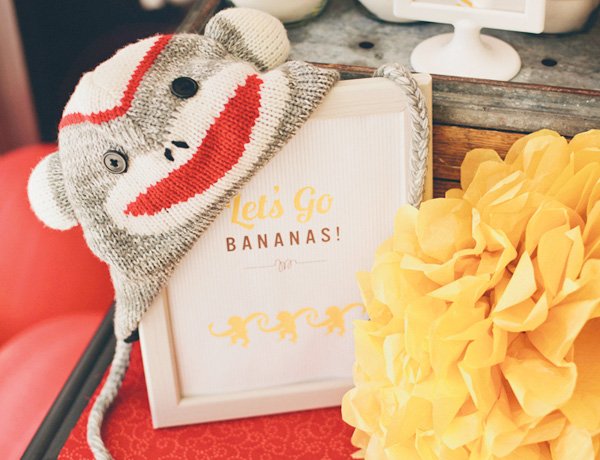 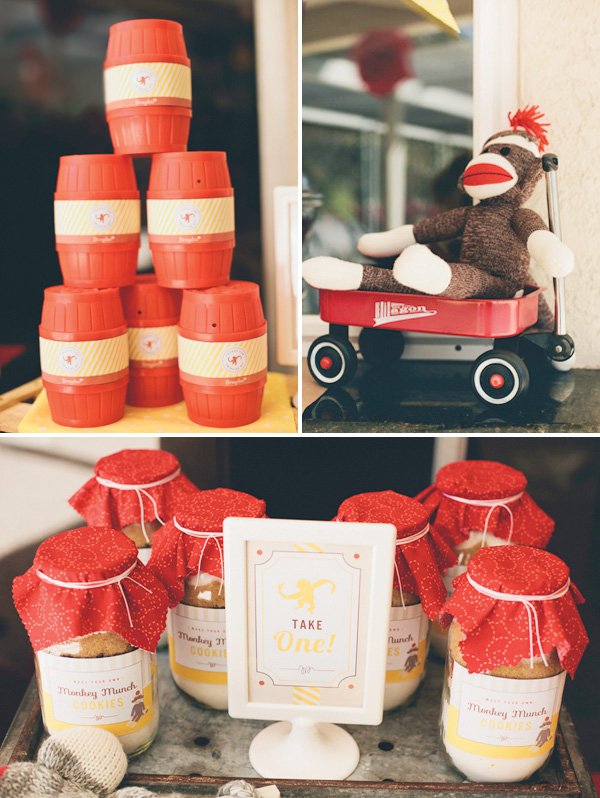 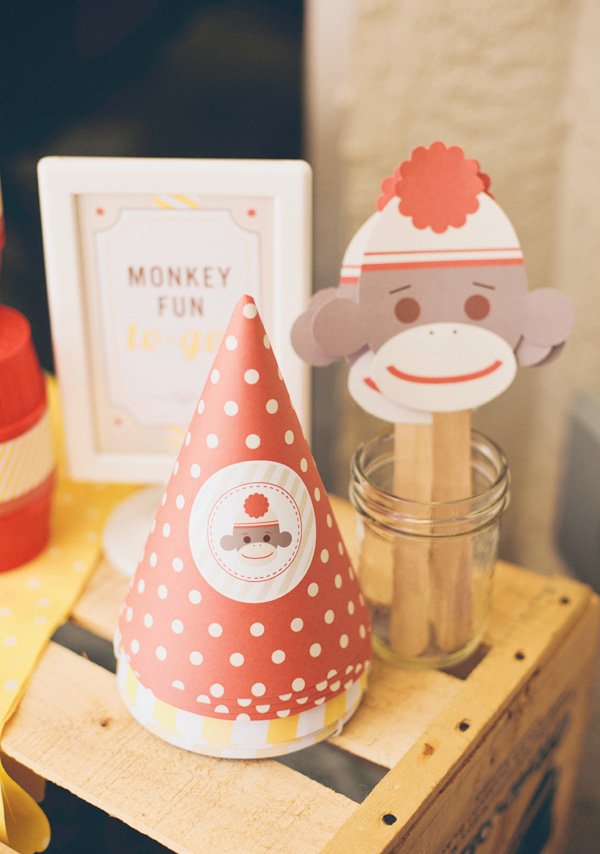 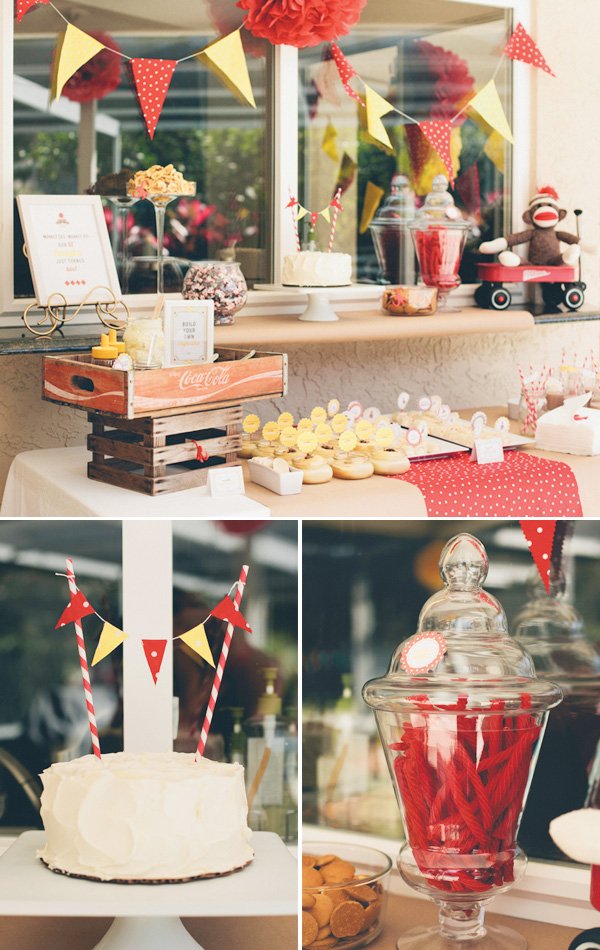 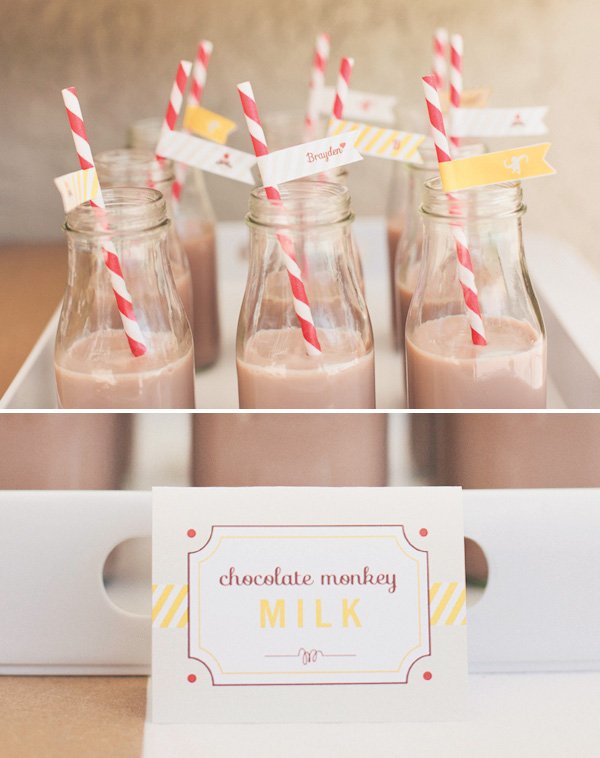 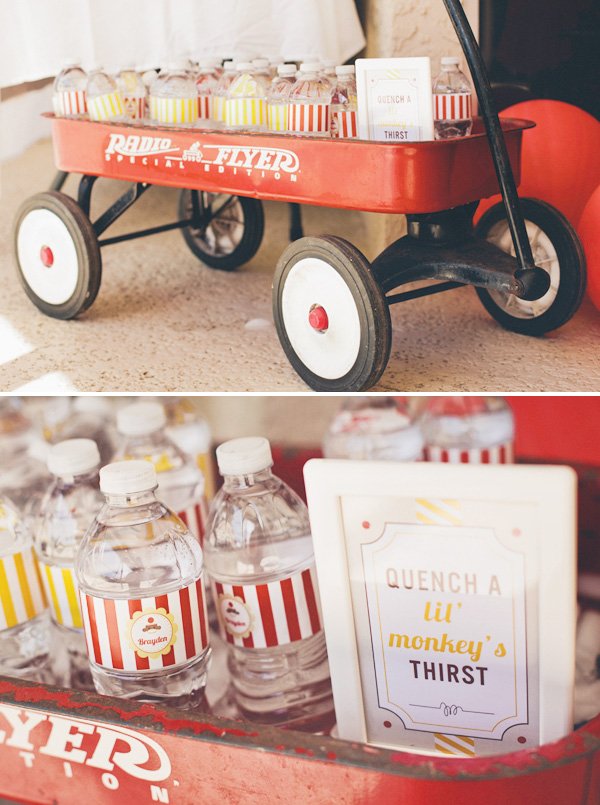 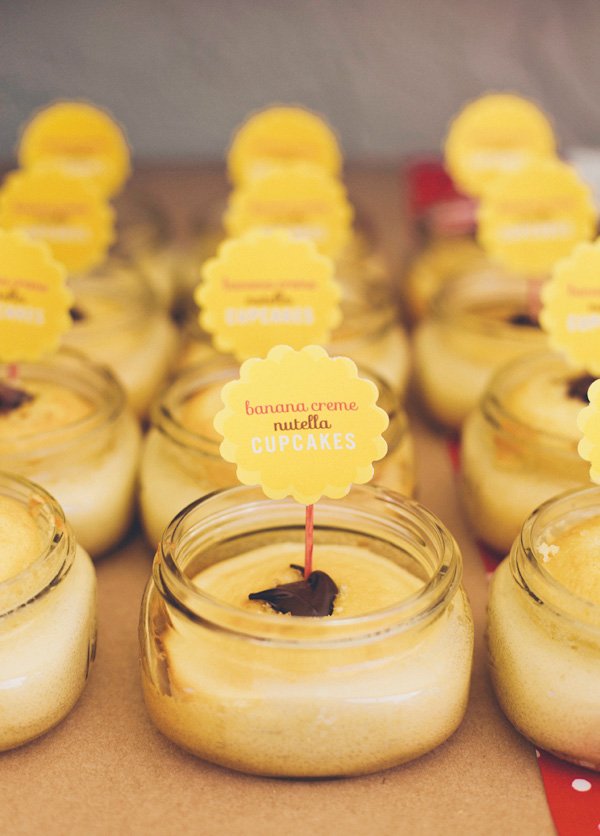 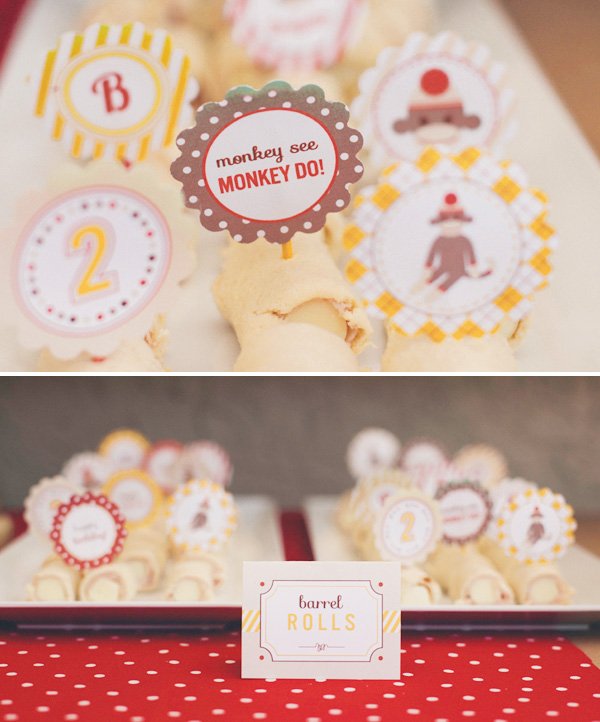 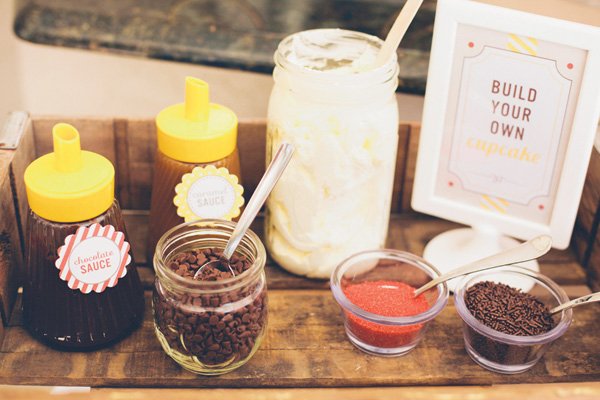 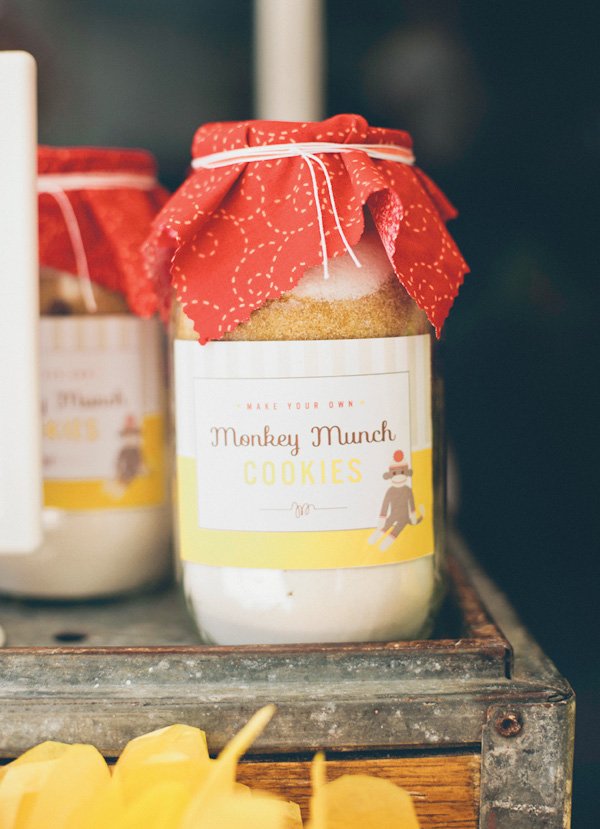 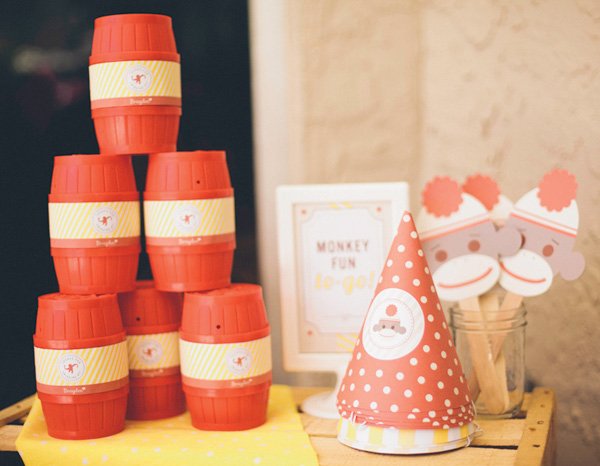 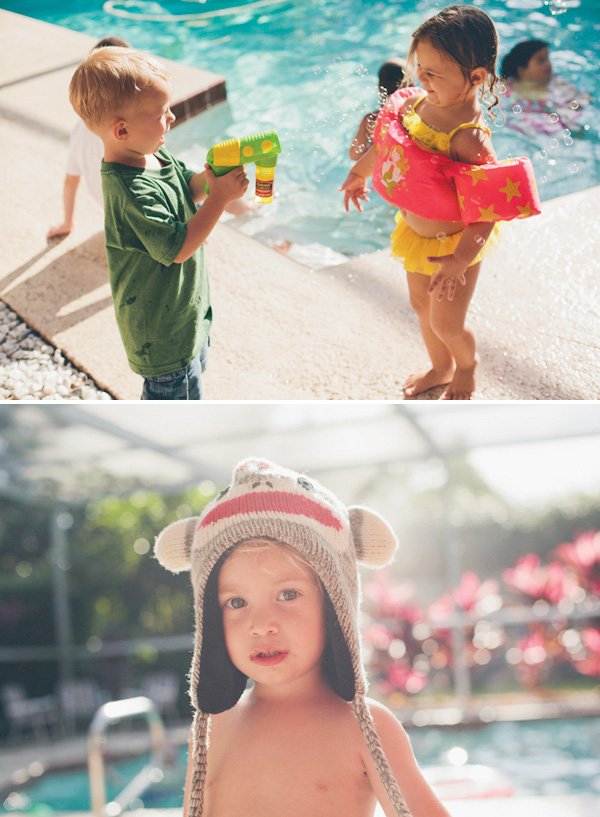 PARTY DETAILS, as told by Tabitha…

THEME
We recently had a vintage inspired Sock Monkey birthday party for our little guy’s second birthday, whom I refer to as my little monkey… so the theme was very apropos.

Just a few weeks before, I wasn’t sure that we would even have the party, or at least, I wasn’t sure what it would entail. I had the idea for his party just after his first birthday party, and then we ended up moving out of state and subsequently were just making friends in our new city and had a complete climate change as well. But what mattered is that we celebrated him fully and deliberately, what mattered was for him to know that the moment of his birth is one of the greatest moments in our lives. And so, a party was planned… in TWO weeks. And a win it was indeed. But not even for us, it was a win because my baby was happy.

This vintage sock monkey party was filled with neat antique props from around our house. Old wooden crates, silver barrels and red wagons helped to set the tone of the party and to create height on the tables. The display wouldn’t be complete without them.

I wanted to keep the theme cute without getting too girly, so I stuck to a color pallet of yellow, red and brown and incorporated the chevron stripe and some polka dots. We used those colors and patterns throughout the party to help tie it all together.

PRINTABLES
I spent lots of time looking for the perfect monkey birthday printables that weren’t too girly or too “sock monkey” and ended up working with Vicky from Luvalexa and we created the ideal vintage Sock Monkey Birthday Printable Set that was not too cute for a 2 year old boy and had lots of character.

FAVORS
Each family took home a jar of ready-to-make Monkey Munch cookie mix! The dry ingredients were layered in the jar and the lid was labeled with the rest of the recipe… the wet ingredients and baking time. The littles also took home a customized Barrel o’ Monkeys and a red or yellow punching ball.

DECOR
Our outdoor lanai was filled with red and yellow punching balls, that were as much of an activity as they were a part of the decor. To get the color theme up off of the floor, we made tissue paper pom poms that were hung around the lanai as well as our fabric bunting. A cute little red wagon was filled with ice to keep the customized bottled waters cold. For the cake decor, I made a mini bunting with the tiniest bit of extra material, glued it to string, speared the cake with two wooden skewers and slipped some striped paper straws overtop before tying the bunting onto the straws. Some Ikea frames displayed the printables created for the party and white serving trays displayed the food perfectly.

BIRTHDAY OUTFIT
Last but not least, we HAD to coordinate the birthday boy’s clothing to go with the theme! I used the adorable tie onesie that I had purchased from Chic Couture Boutique, and then just picked up a monkey headband and tail from Michaels.