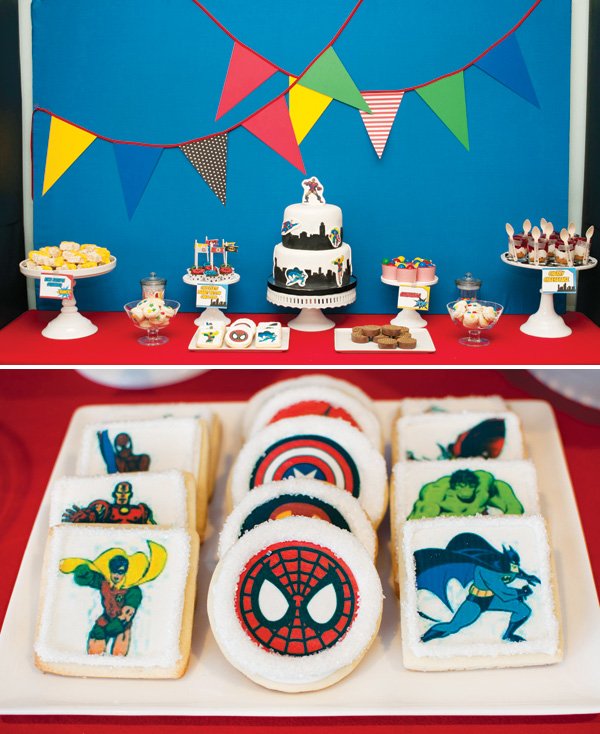 Up, up and away! Candace McMaster of Candy and Cake rallied together every hero you can think of for this Comic Book Superhero Party for her son’s birthday. This super fun event was the headline story on the ‘Daily Planet’ while Spiderman, Batman, Thor and many other superheroes got together to enjoy lots of yummy chocolate and peanut butter (batman’s favorite) treats and save the world! :) 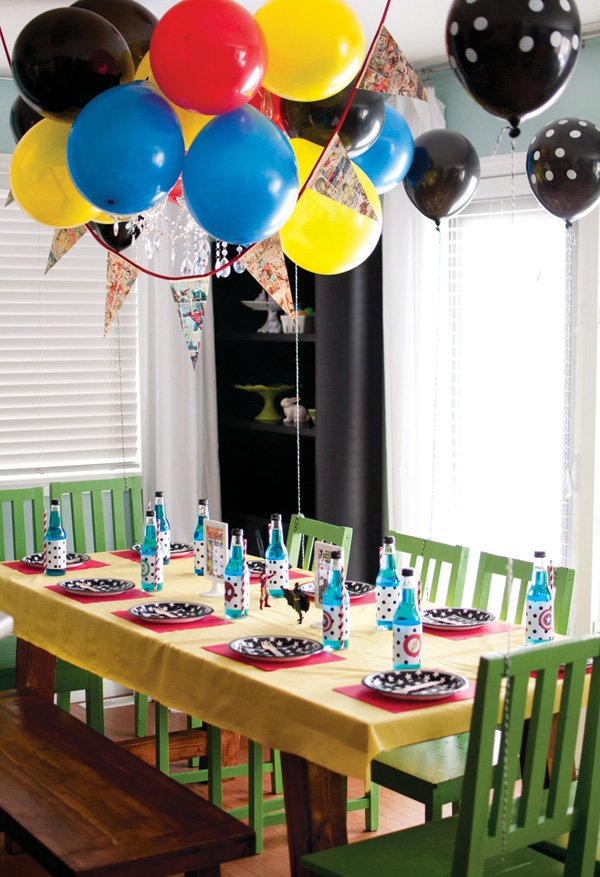 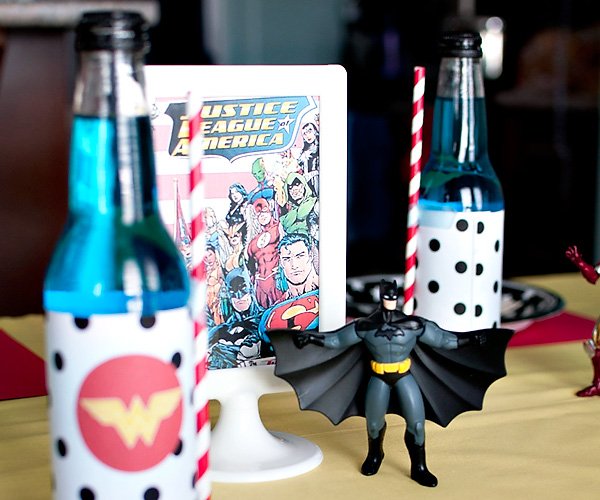 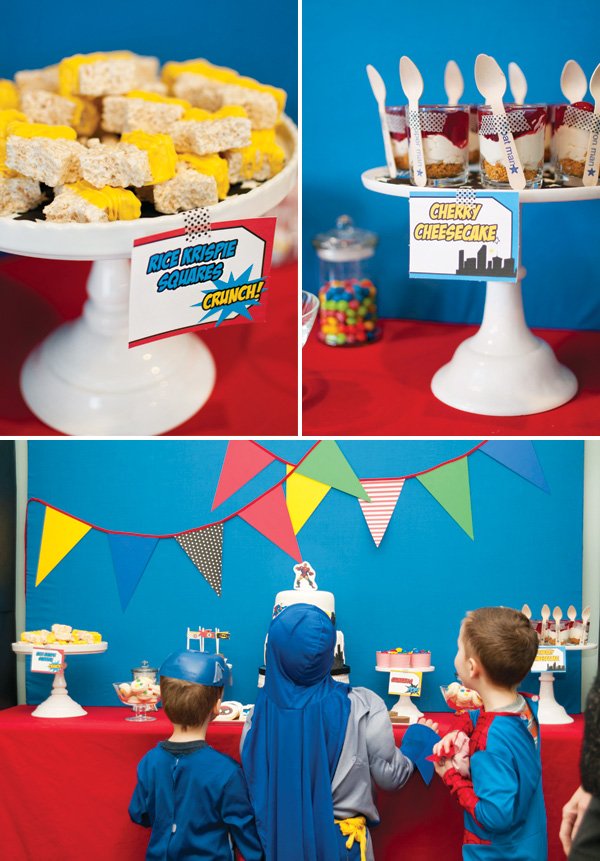 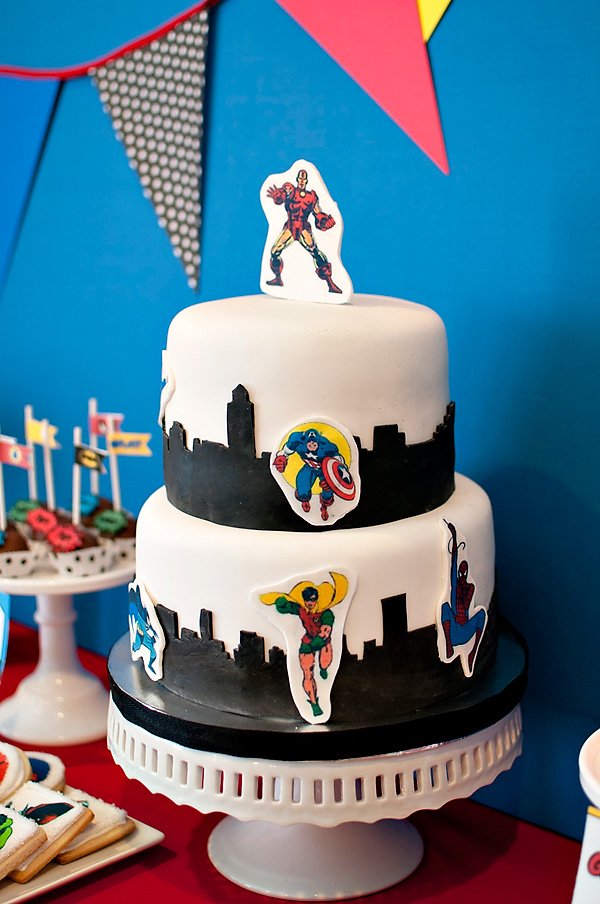 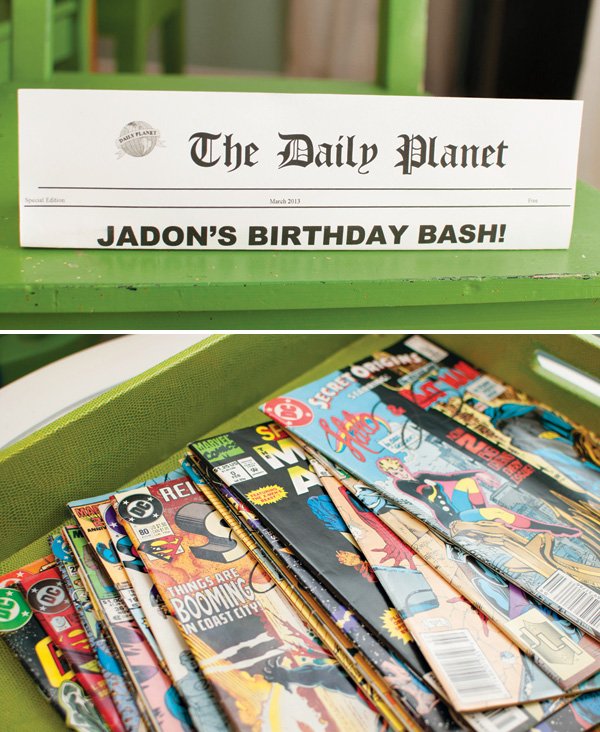 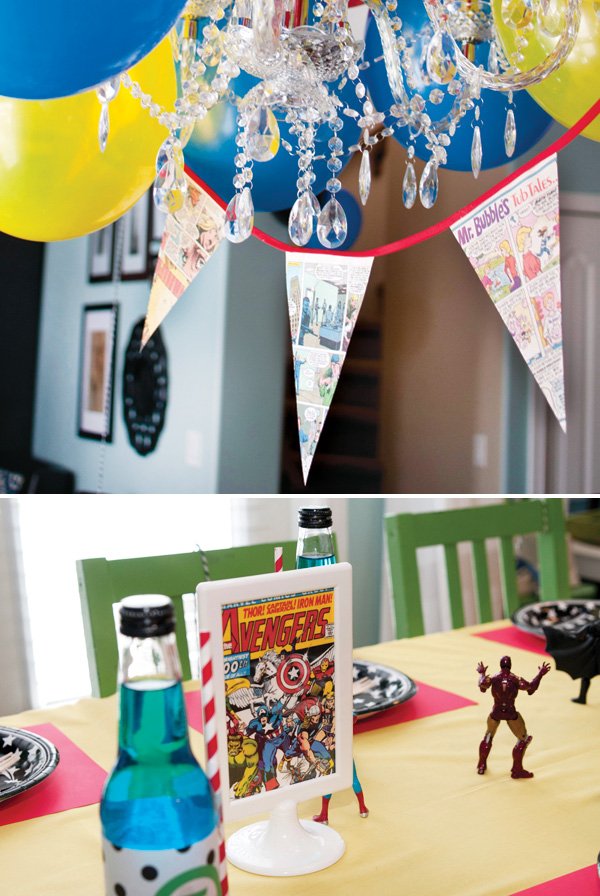 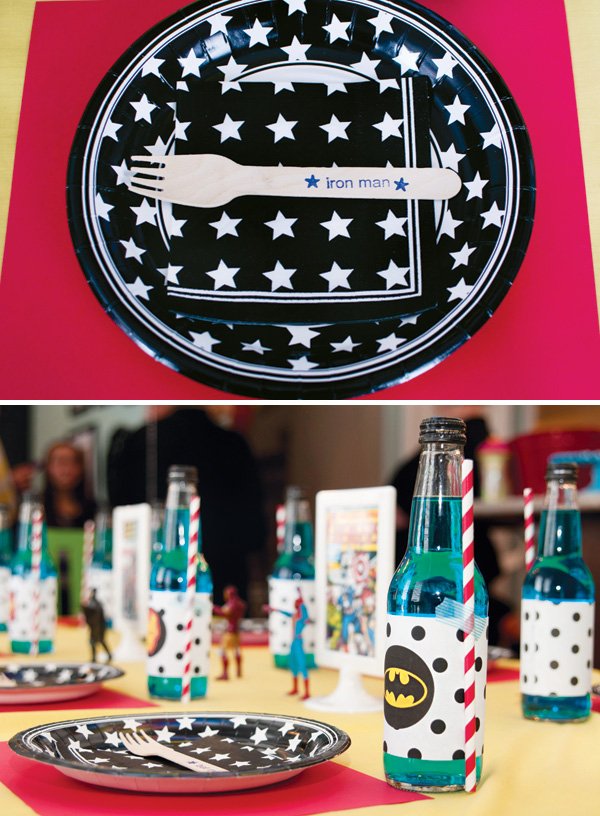 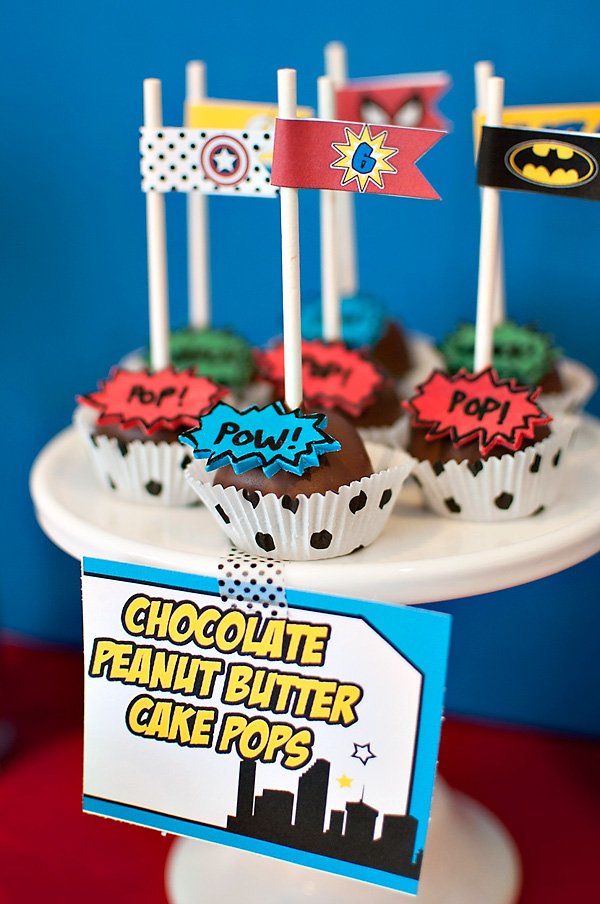 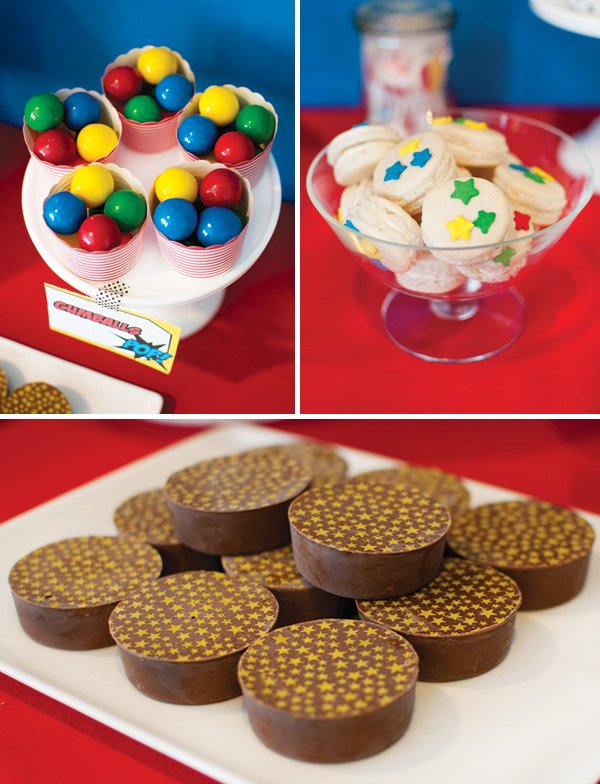 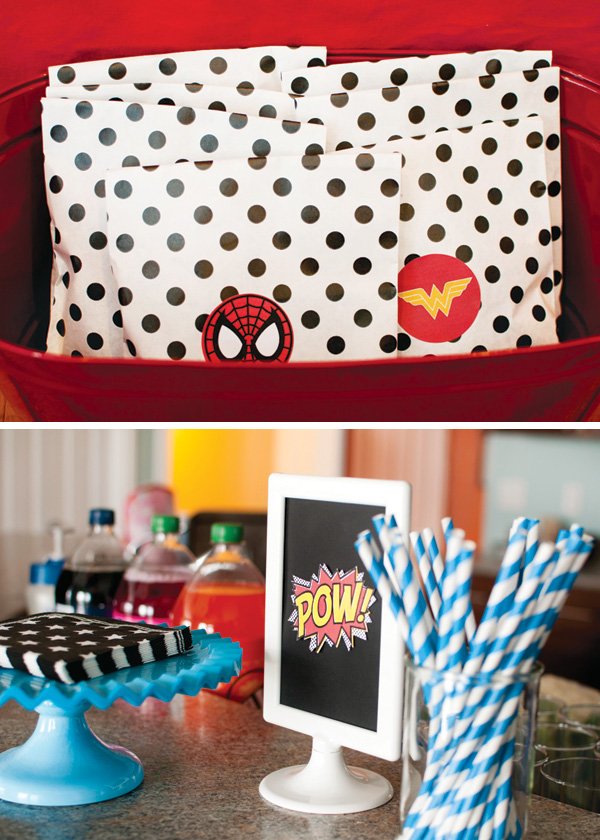 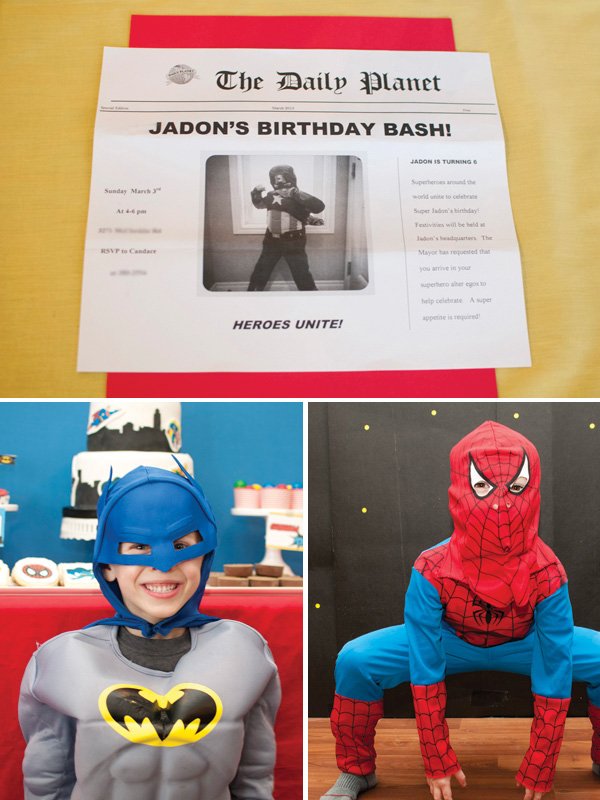 PARTY DETAILS as told by Candace…

This year my son has been all about the superheroes. I don’t think he can pick a favorite one. He seems to be always changing his mind on that topic…so we decided to include all of them for his sixth birthday.

Jadon was set on having superhero edible image cookies and figures on his cake so we made sure to include those. Also included in his dessert table were rice krispie squares, cake pops, oreos, macarons and cherry cheesecake..a favorite it seems! {It is one of my favorites too}

The cake was a decadant chocolate cake on one tier filled with peanut butter buttercream and light and lemony cake on the other with a raspberry fruit filling. Peanut butter was a no brainer for Jadon’s birthday since it is one of his favorite flavors.

This year was his first year of school so he was super excited to invite a few of his closest friends from school His birthday guests arrived as their superhero egos and they had a blast playing games such as a superhero obstacle course, pass the kryptonite, and spiderman tag.

It was a lot of fun to put together but most important, Jadon had a lot of fun and loved everything at his superhero party!