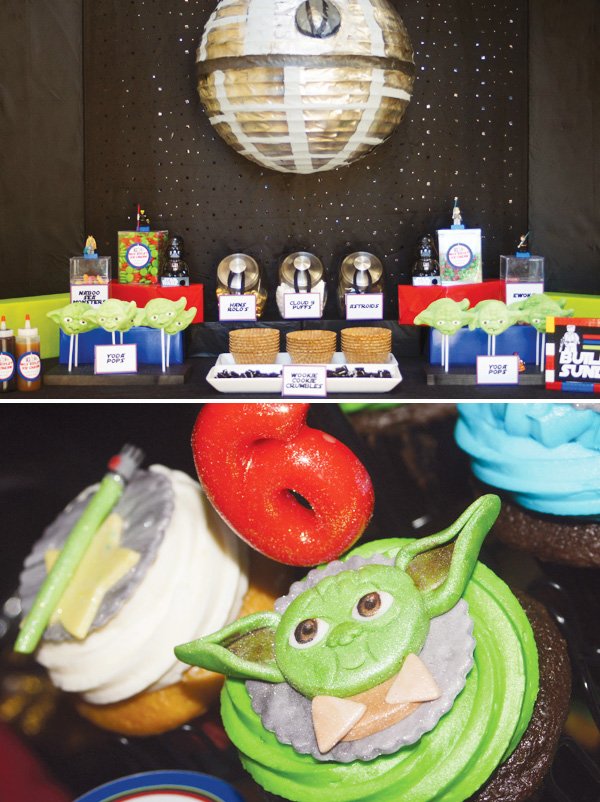 Kerry of Simply Sweet Parties knows just how to keep a group of 6 year old boys happy: plan a Lego Star Wars Party filled with imporant “missons”, a visit from a storm Trooper & a build-it-yourself Ice Cream Bar! I just love the combination of Lego and Star Wars themes here… it’s so fun to get creative and design a theme that really caters to the one you’re celebrating! 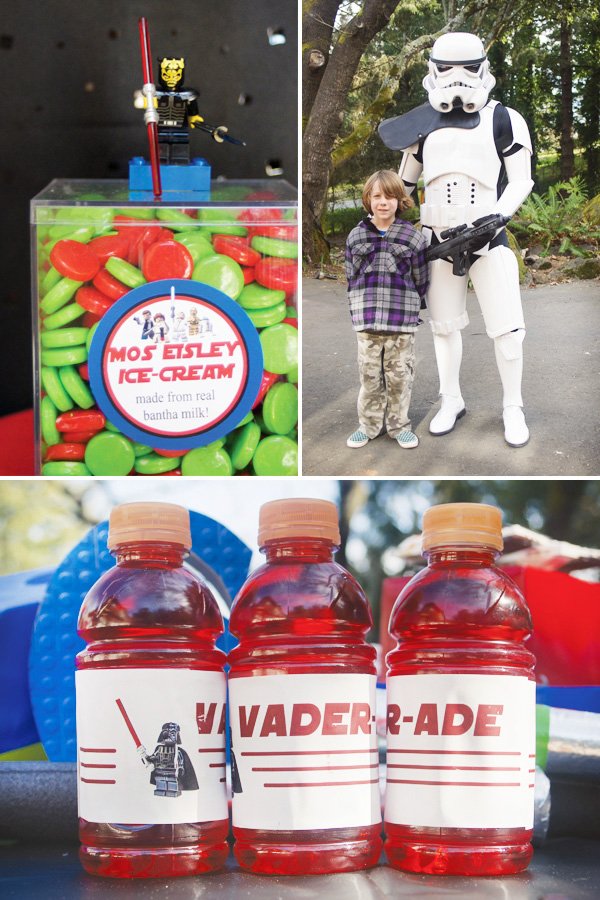 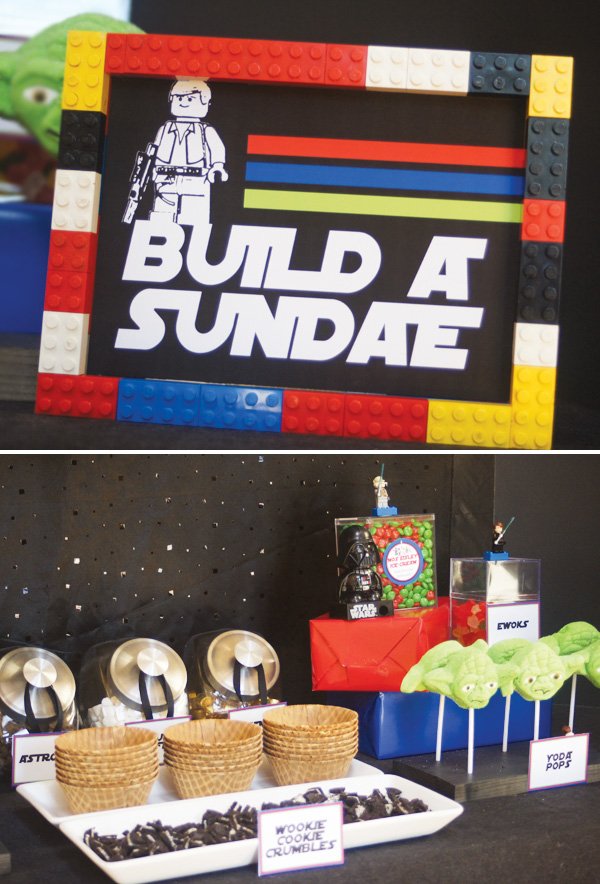 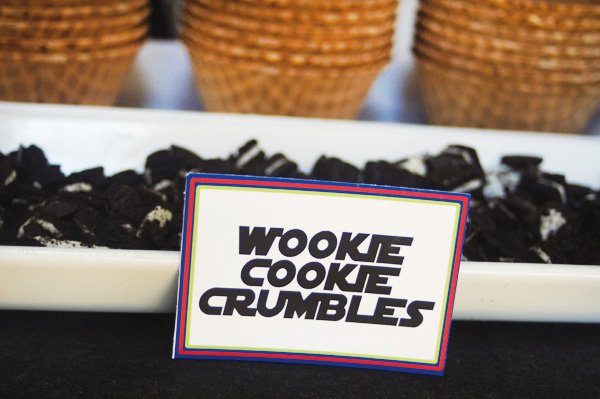 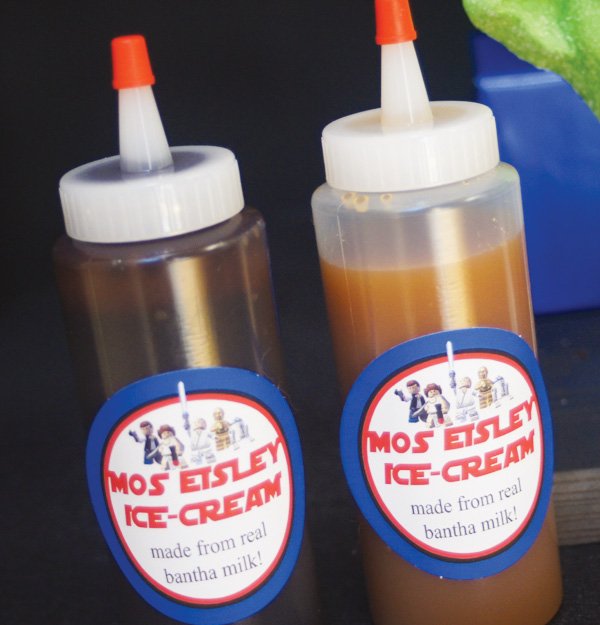 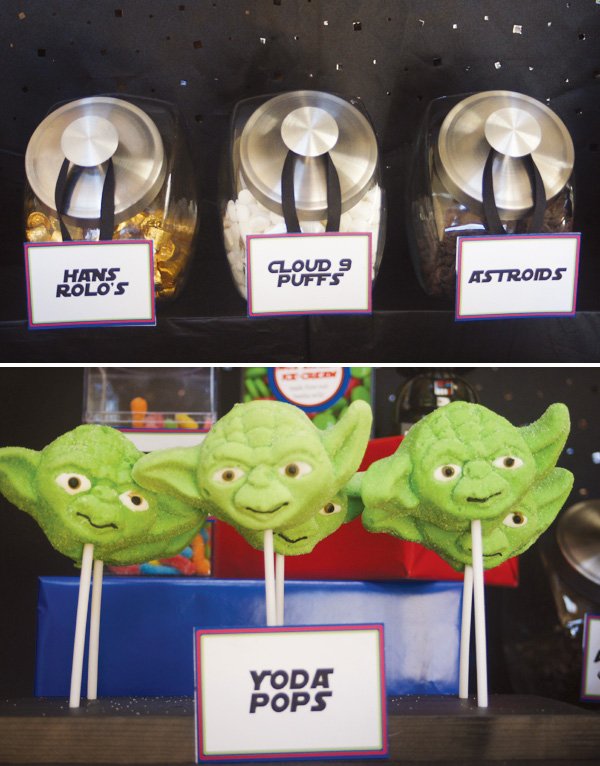 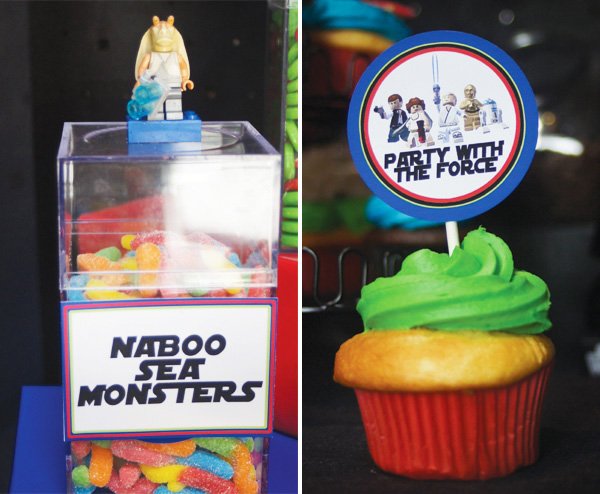 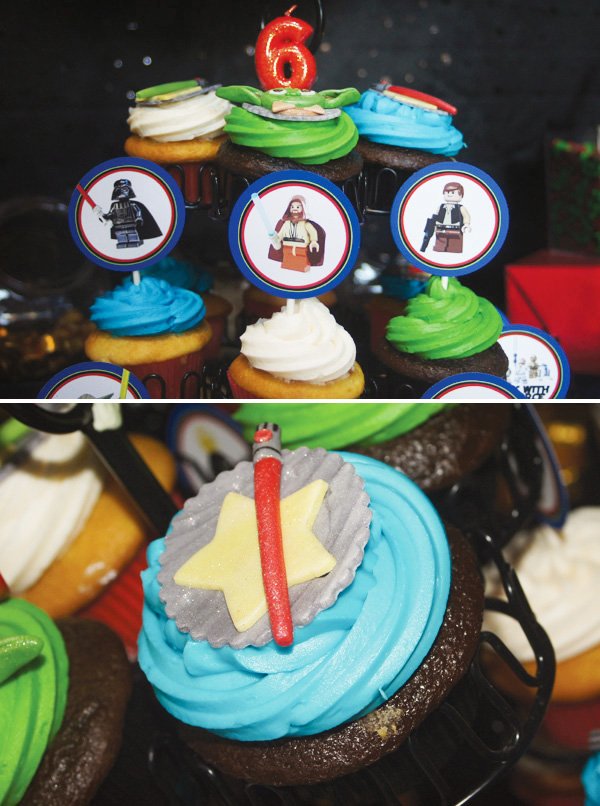 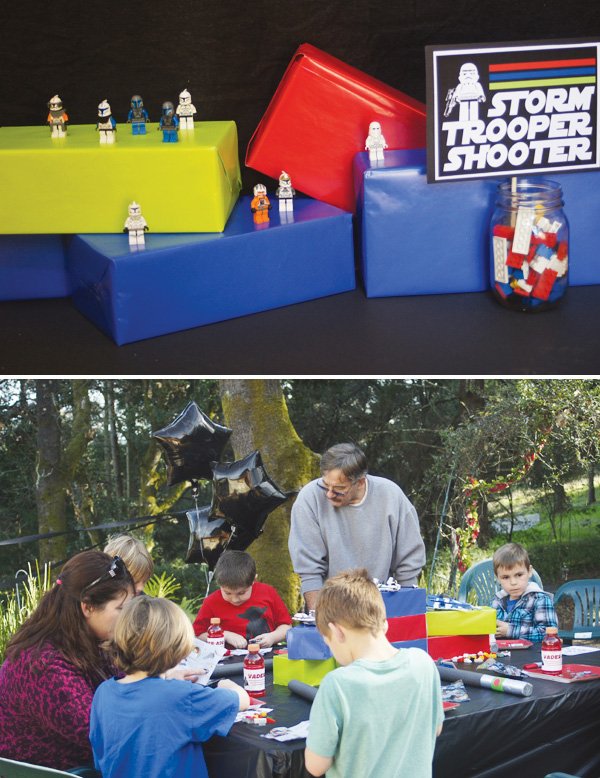 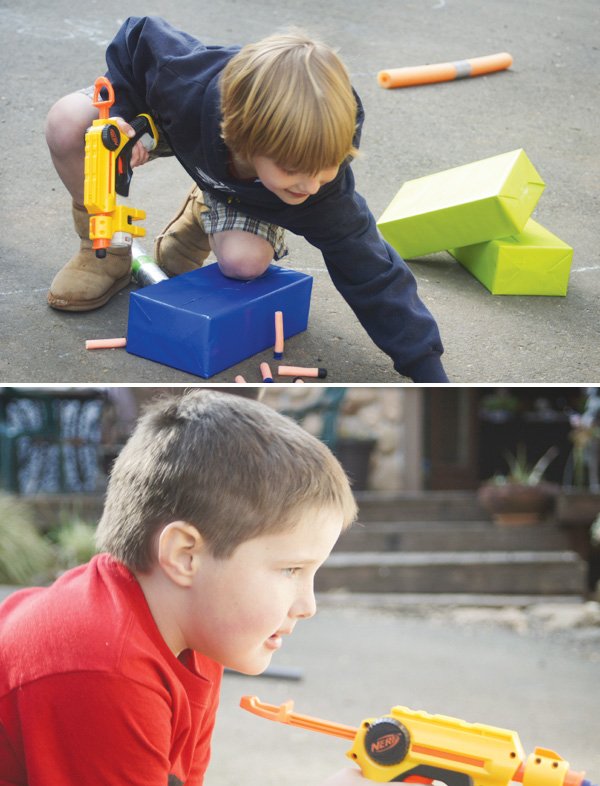 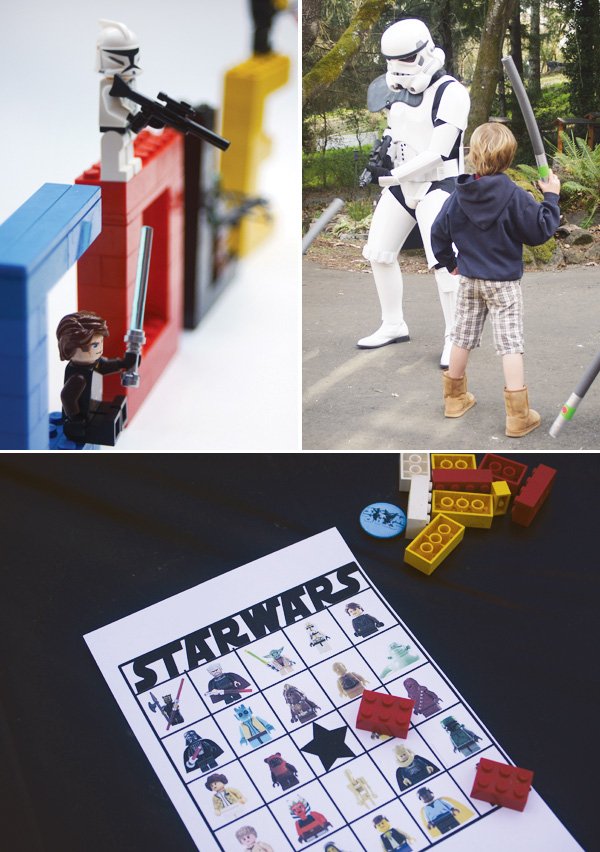 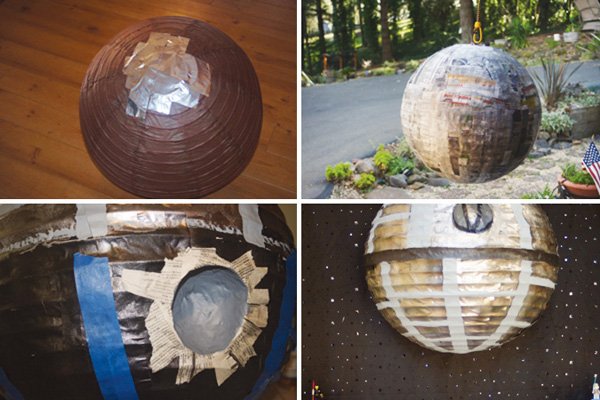 PARTY DETAILS, as told by Kerry…

Like most 6 year old’s my son LOVES Lego – and Star Wars in particular. This is such a fun theme to do; with 6 movies there is so much inspiration to pull from. I started by taking some pictures of his Legos. I built his name with Legos, and placed some figurines around it. I used the images for his invitation, wall art, and cupcake toppers and signs.

I knew my son and his active friends, would need lots of games to keep them busy, and probably wouldn’t stop for food. So I scheduled the party in the late afternoon and kept the menu simple with “princess lays” to snack on, “vader-ade” to drink and an ice cream bars for their treat. The main focus of the party was games. I set up a series of “missions” that ended with an award from a real storm trooper.