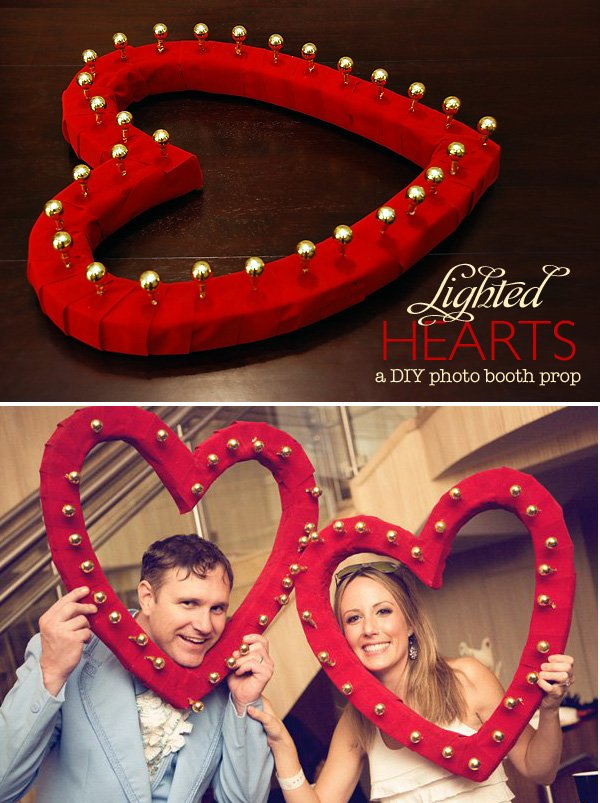 Here’s a fun little lighthearted DIY project that I’ve been meaning to share for a while… these are large styrofoam hearts that I decorated to resemble “Las Vegas lights signage“. Pretty simple idea, but they added SUCH a fun element to our milestone Anniversary Party last year! {And to the photo memories after!}

We did a Wedding Hangover cocktail party in Las Vegas inspired by the movie, so these were the perfect kind of prop for this particular party, but they’d also be a great addition to engagement parties or couples wedding showers with a “Old Hollywood Glam” or general “Vegas-inspired” theme.

The hearts were surprisingly easy to make thanks to those little glass ball ornaments that come with the wire already attached to them. All I did was cover the heart with red velvet ribbon, then poked the wire that was attached to each of the ball ornaments through the ribbon and into the styrofoam. So easy! 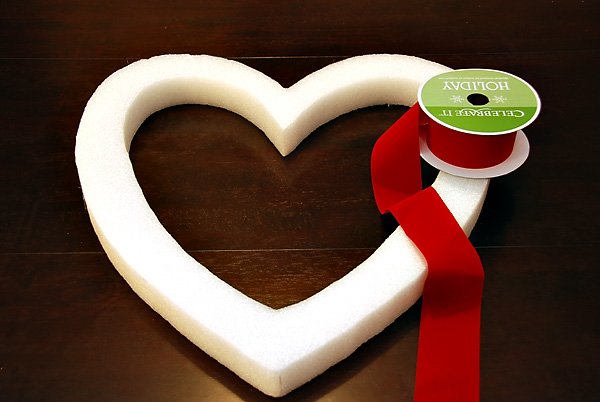 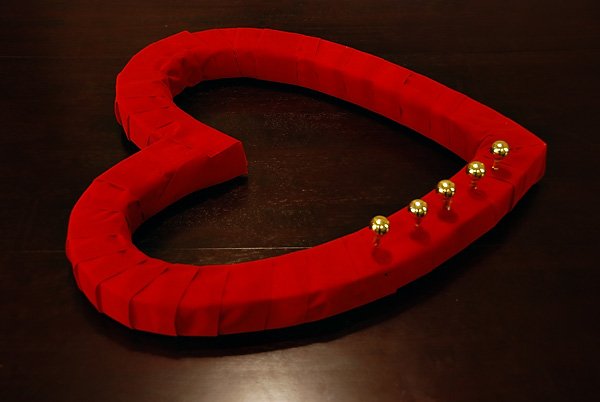 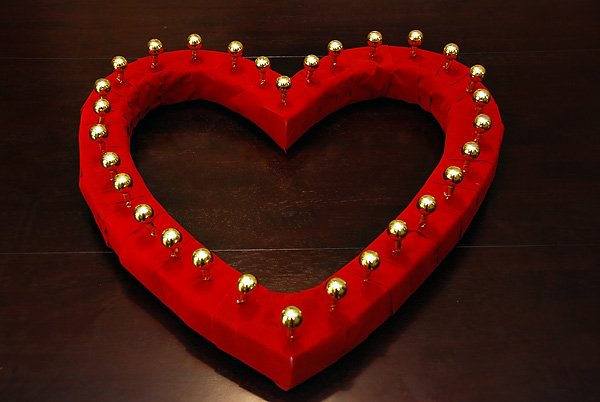 The ornaments actually felt pretty secure at this point originally, but I didn’t anticipate the level of “abuse” the hearts would take once they started getting passed around at the party for hours! So… here’s a helpful note for future prop hearts: adding a little dab of hot glue to each one for extra security is a fantastic idea!

Fortunately, since we were going with a tongue-in-cheek “Hangover” theme anyways… the fact that the hearts started to look “hungover” after a while actually felt quite fitting! Silver lining. =) 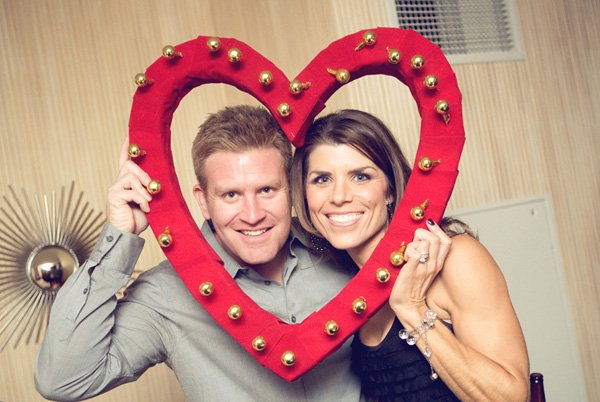 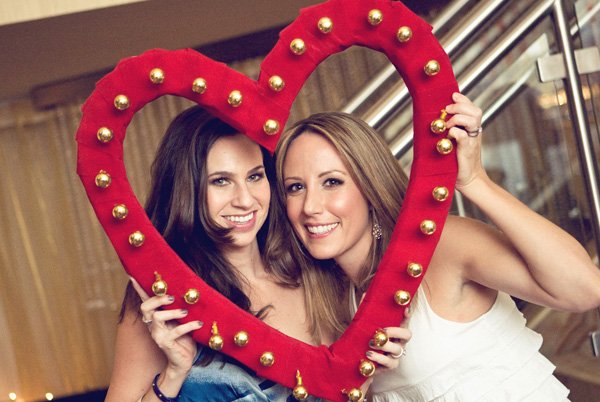 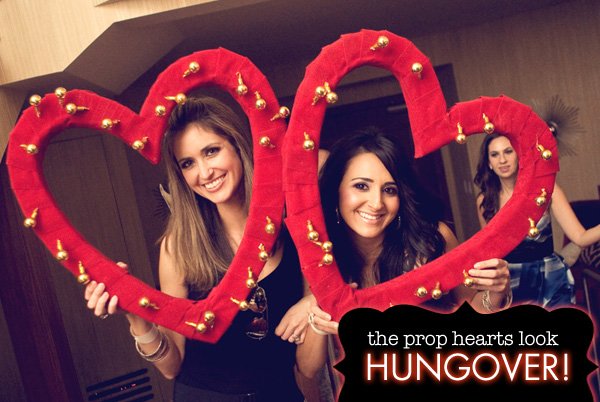 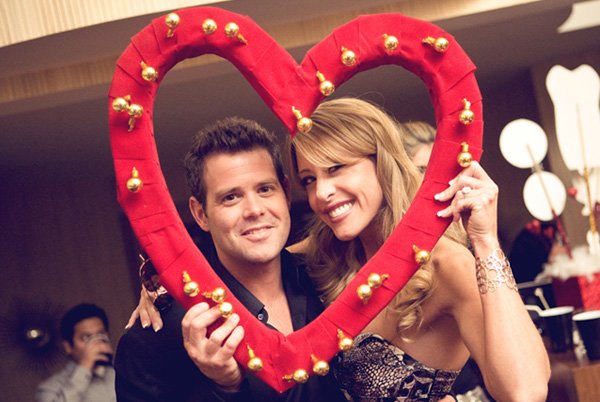 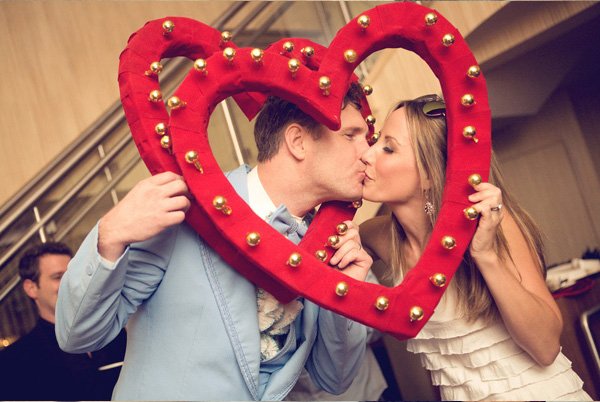