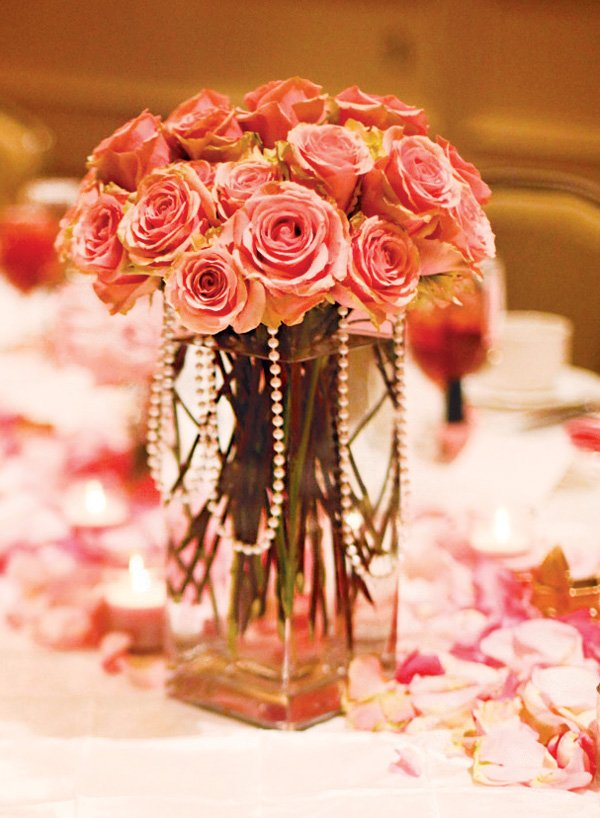 This Formal & Elegant Pretty in Pink Baby Shower by Ashley Lloyd of Attention 2 Detail Events is a stunning example of how special a shower can be! Mommy-to-be wanted something romantic and close-knit, so Ashley delivered with a beautiful long communal dining table in an absolutely gorgeous setting (just look at those chandeliers!) To top it all off, each guest received their own individual rose topped red velvet cake to enjoy at the shower and then take home for later! I’m thinking that idea should be a definite trend-starter ;). 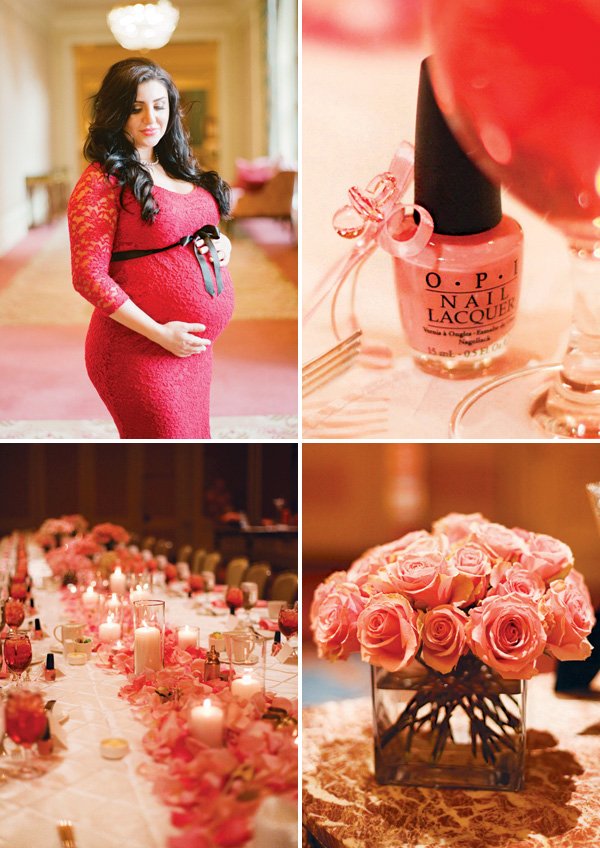 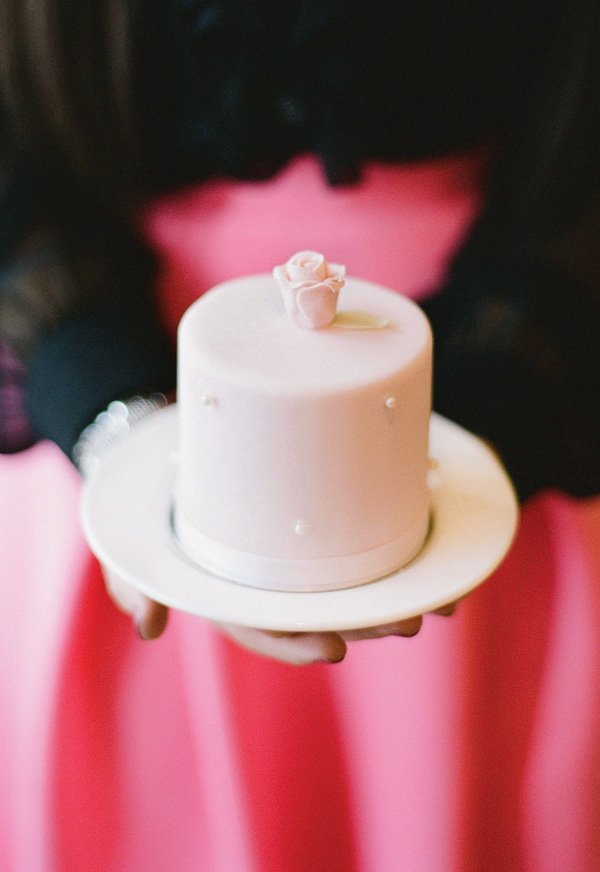 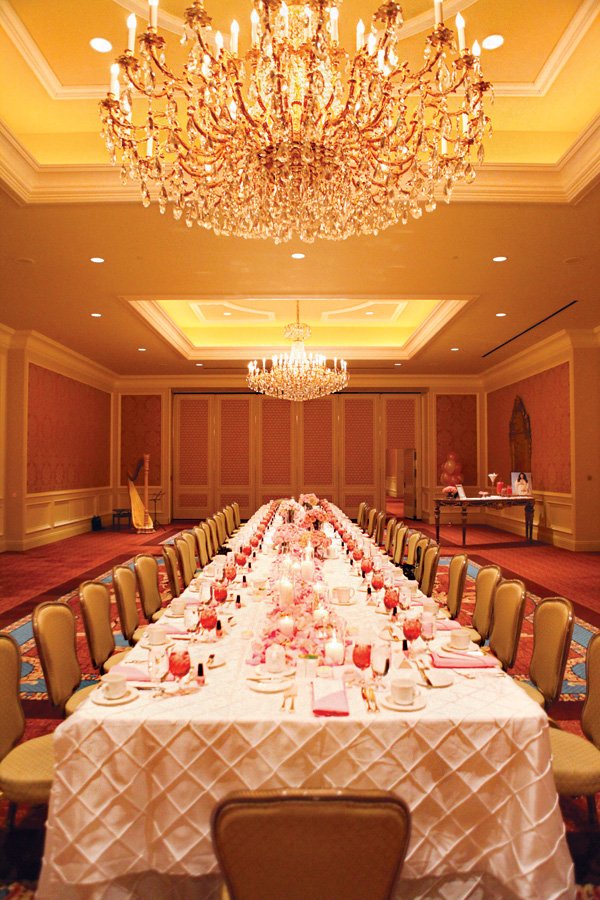 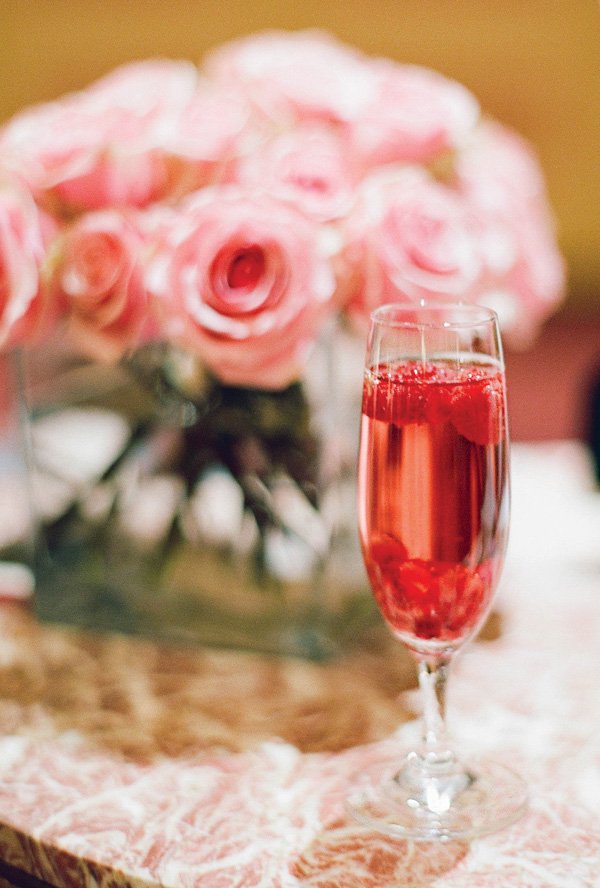 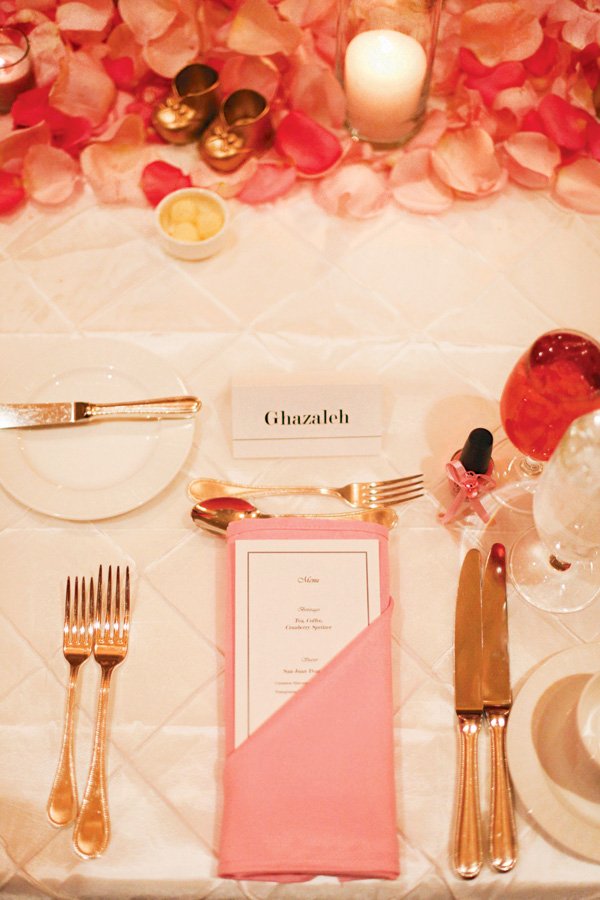 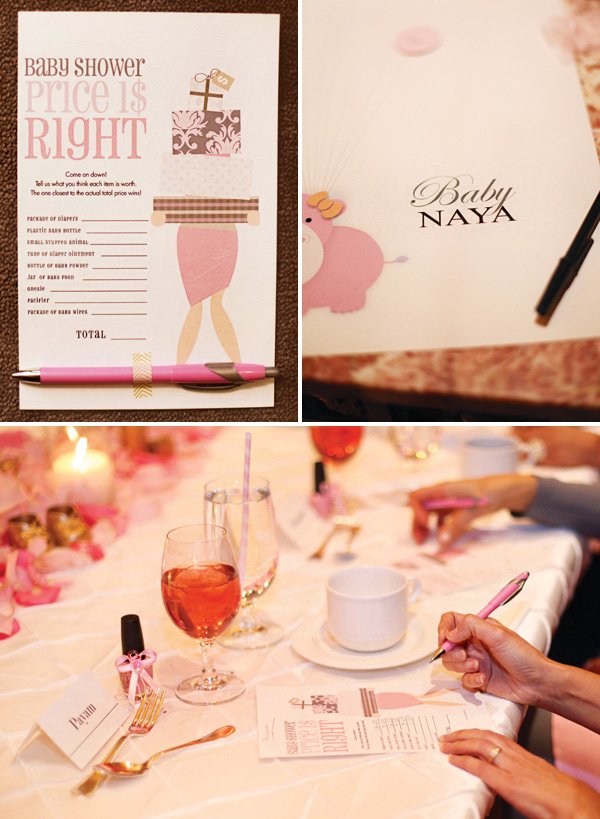 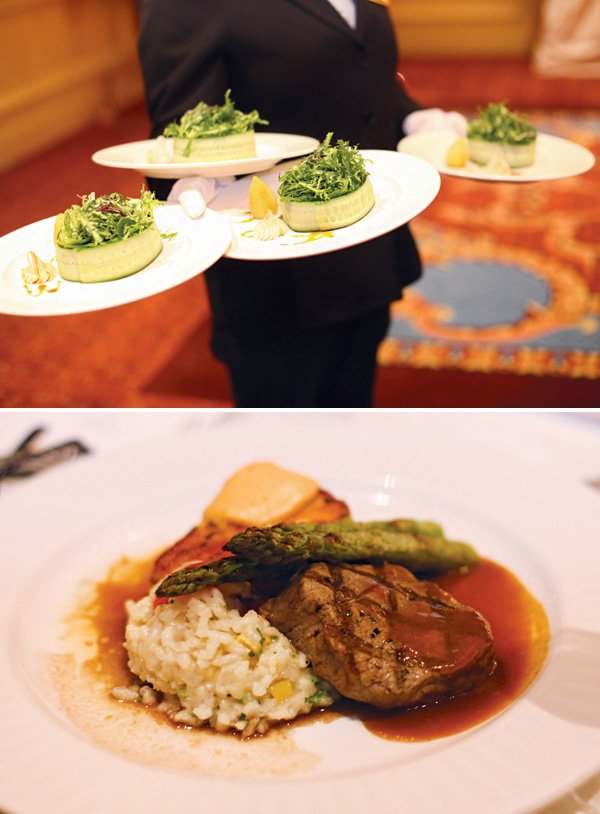 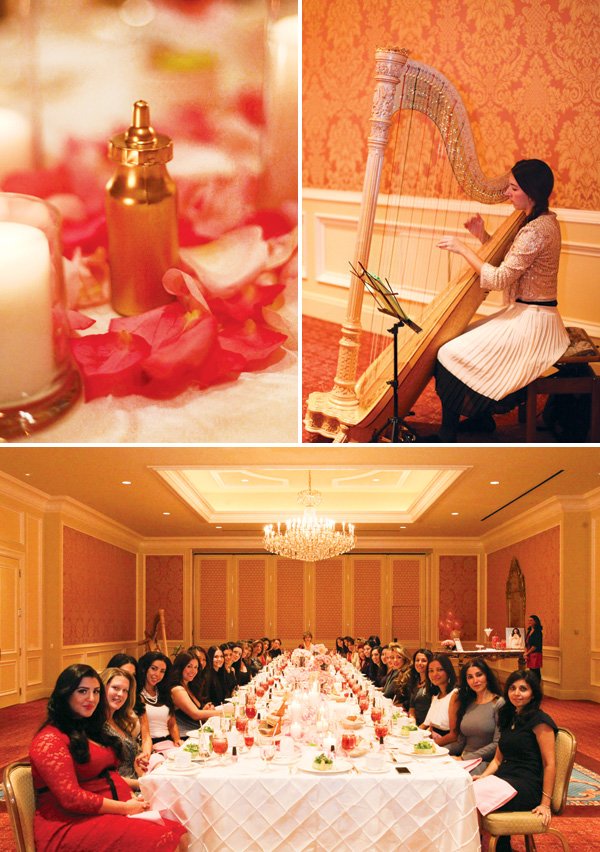 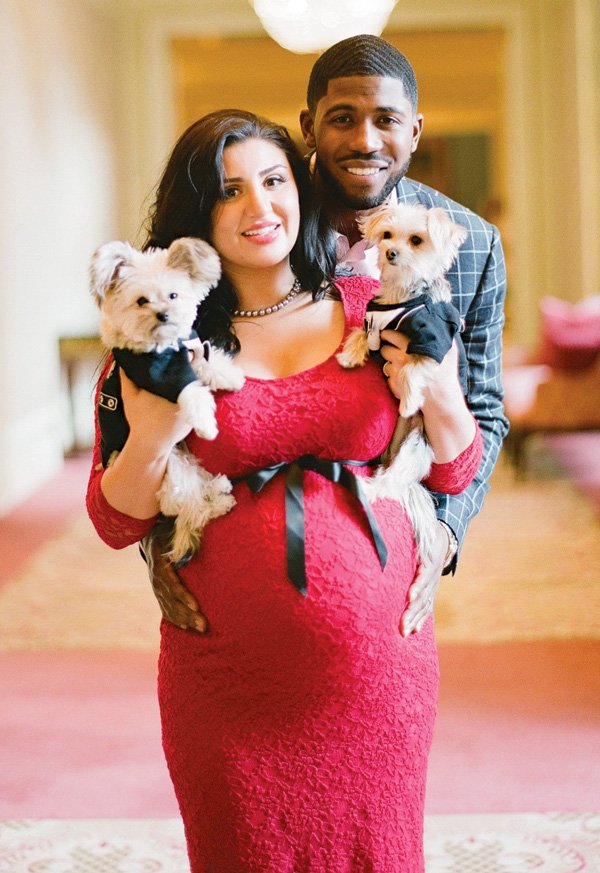 PARTY DETAILS as told by Ashley…

My clients were such an amazing couple! Aliya, wife to Houston Astros Outfielder, Dexter Fowler, wanted a romantic and sophisticated shower filled with feminine touches and lots of pink details to celebrate her new little girl on the way.

We planned an elaborate lunch shower at The Grand America Hotel in Salt Lake City, Utah. One of the reasons that Aliya decided on the venue, was because of the pink walls and crystal chandeliers in the shower space. And who could resist?! Those chandeliers are stunning!

Guests were greeted with custom raspberry cocktails (non-alcoholic for the mom-to-be) that were hand passed by hotel staff. In lieu of individual tables for the guests, we created a more intimate environment by showcasing one, long family style table in the center of the room.

The table was dressed in quilted white linens and drenched in flower petals. To add a bit of drama to the table, we created a “runner” made out of rose petals. Rose and hydrangea centerpieces dotted the table and were strung with strands of pearls. Hurricane vases filled with candles at varying heights were lit to add warmth and romance.

To give the luncheon a “baby shower” feel, we added traditional shower décor like bottles, baby blocks and carriages into the centerpiece, but added a bit of glam by dressing them up in gold!

Menus, printed by Aliya’s father, were tucked into folded pink napkins and place cards assigned each guest’s seat. A classical harpist played in the background as guests were served a delicious lunch of San Juan Pear salad with pomegranate syrup and walnut vinaigrette and a main course of Filet Mignon & salmon with vegetable risotto, roasted asparagus, and horseradish demi-glaze.

With dessert being the last course, we wanted to create a “wow” factor, so instead of a traditional cake, each guest was instead served their own personal mini cake. Red velvet cake (Aliya’s favorite) was layered with vanilla butter cream and topped with a fondant flower. Guests were also given hand tied boxes to take their cakes home if they couldn’t finish them all in one sitting!

Guests played two games and signed a balloon banner for the baby’s nursery, all while chatting and laughing over tea. Dexter and Aliya’s father even made an appearance towards the end of the shower, but it was Aliya and Dexter’s two puppies that arrived in tuxedos who stole the show!

The shower guests left with a perfectly pink OPI nail polish, tied with pink ribbon and pacifiers, in the color, “It’s a Girl.”