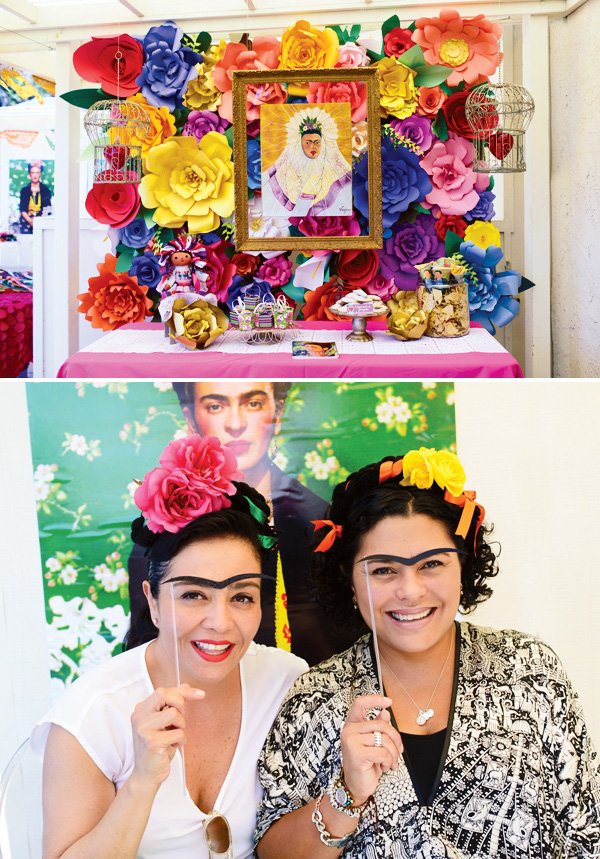 Are you ready to FIESTA!? :) Tania Fischer of Tania Fischer Design and Veronica Plasencia of Roni Sugar Creations collaborated and dreamed up this beautiful Frida Kahlo Inspired Mexican Party with such amazing DIY projects! I know you won’t miss it (it’s 6×5 feet!), but I just have to point out the INCREDIBLE handcrafted paper flower backdrop… and the delicious looking food… and the theme itself, how FUN and festive! 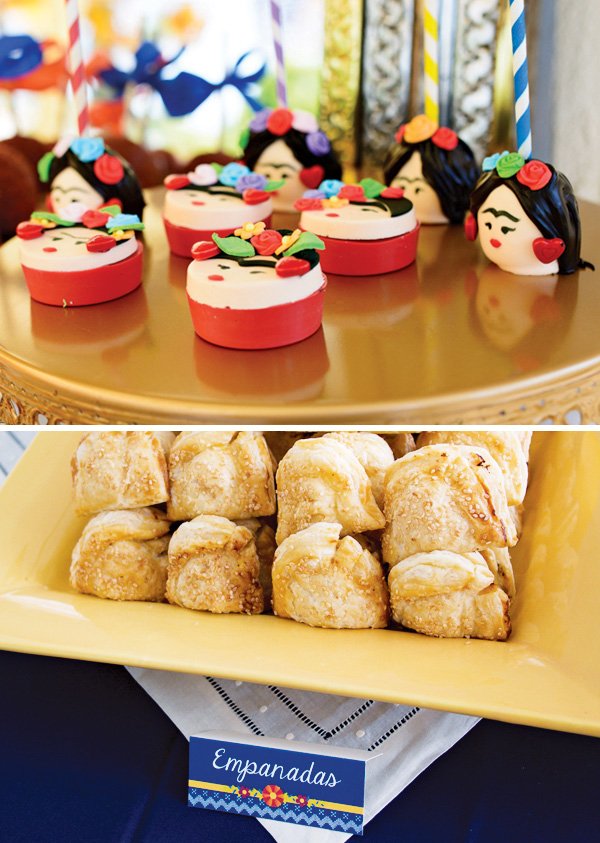 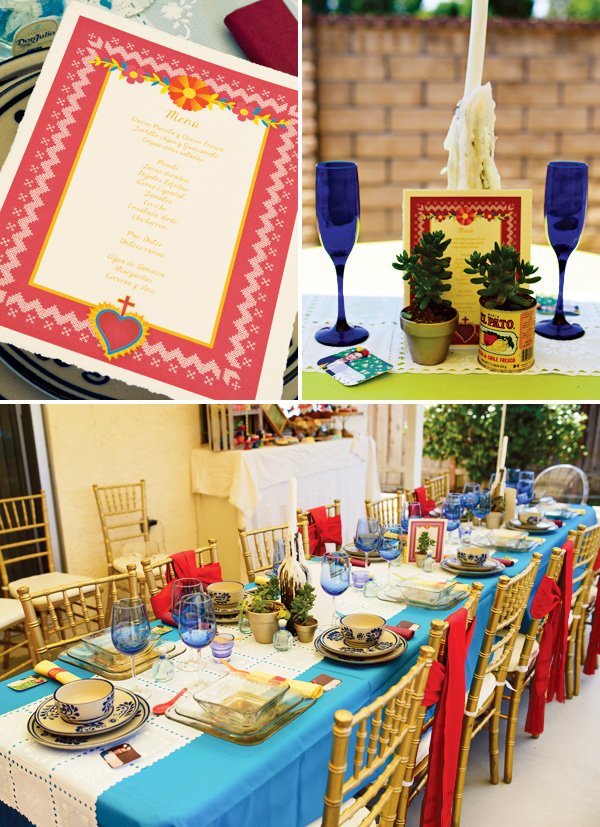 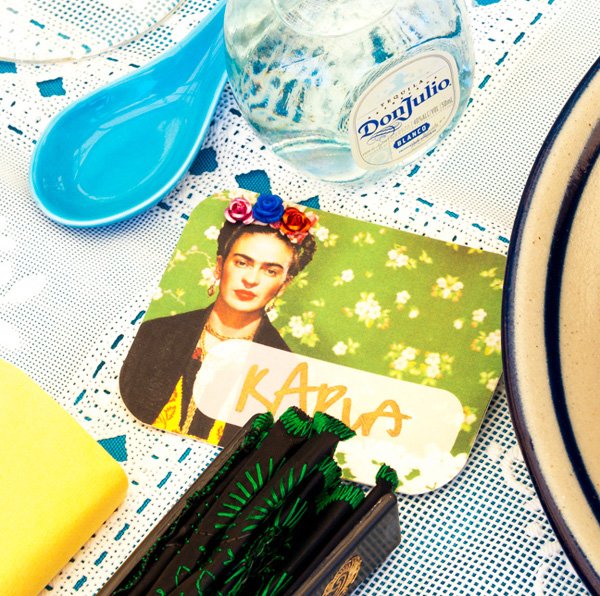 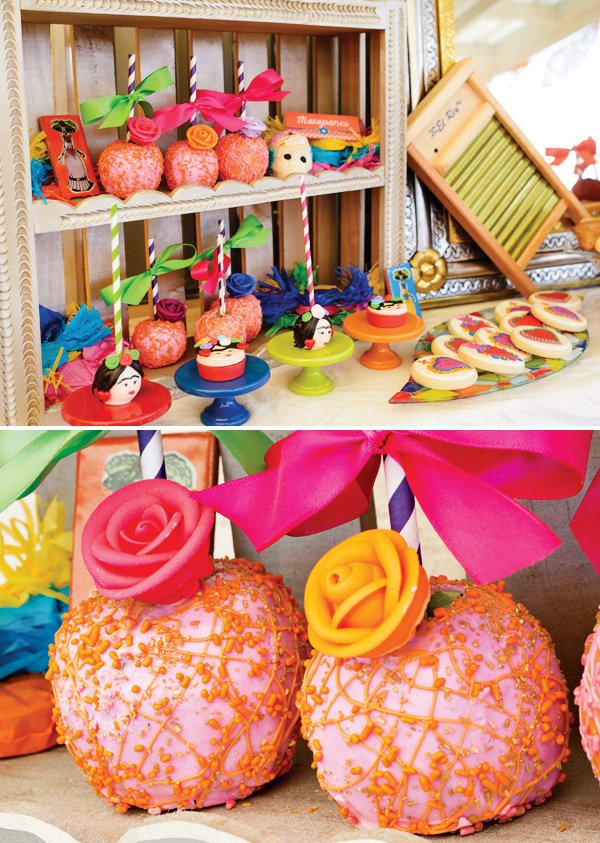 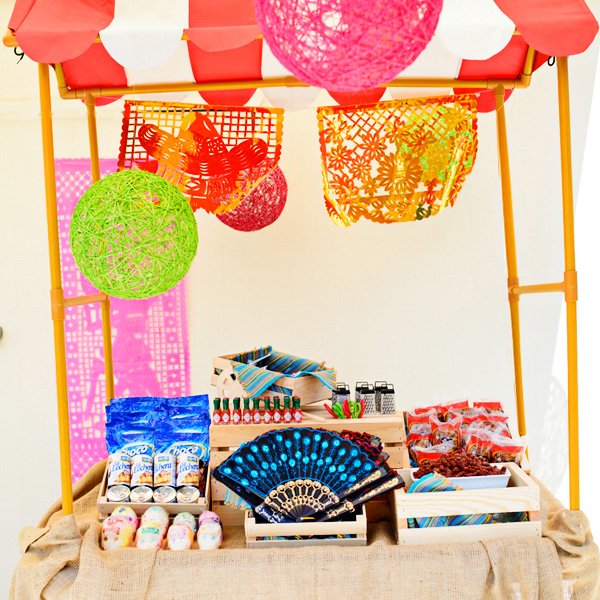 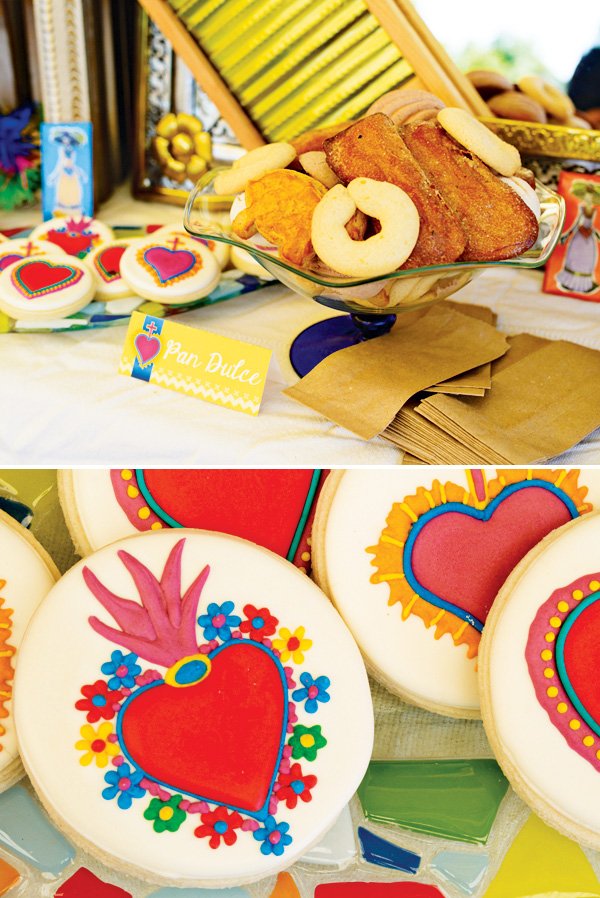 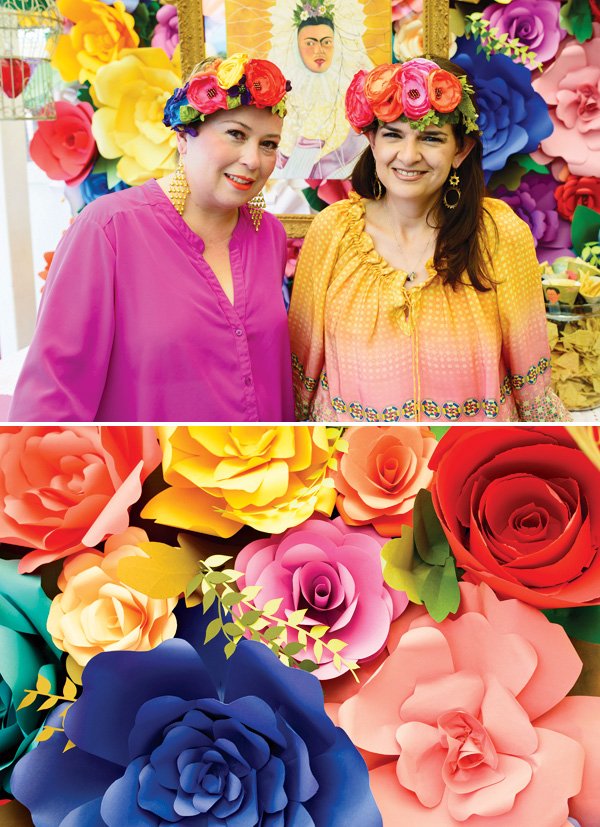 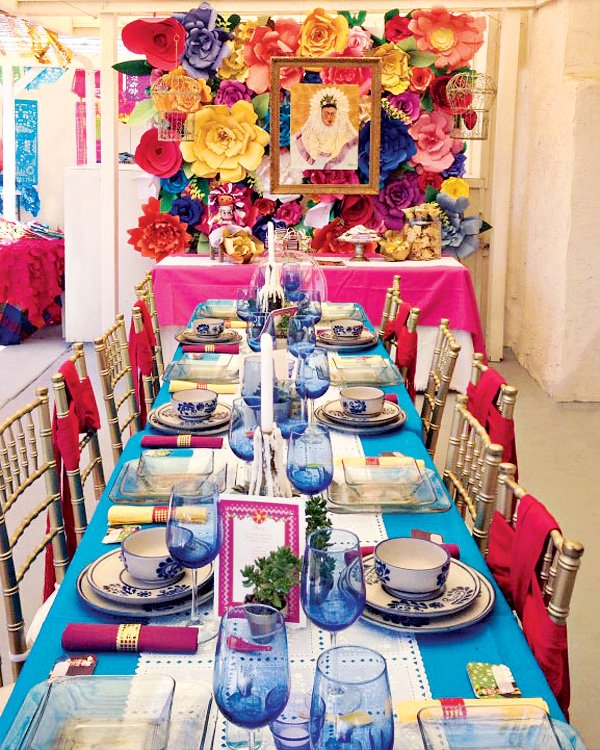 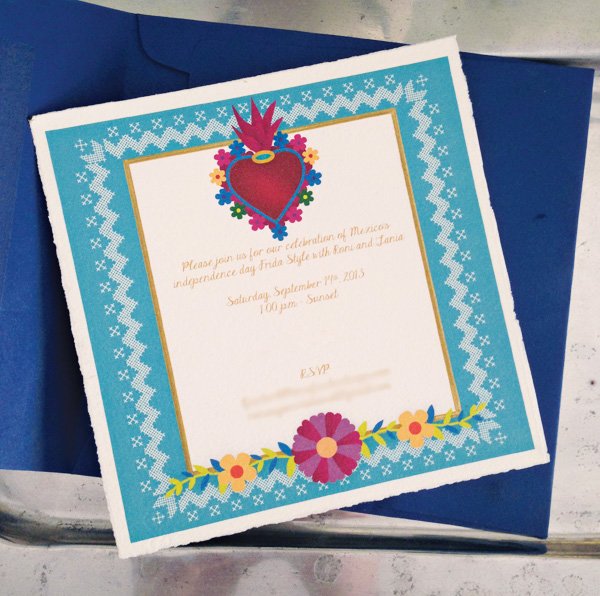 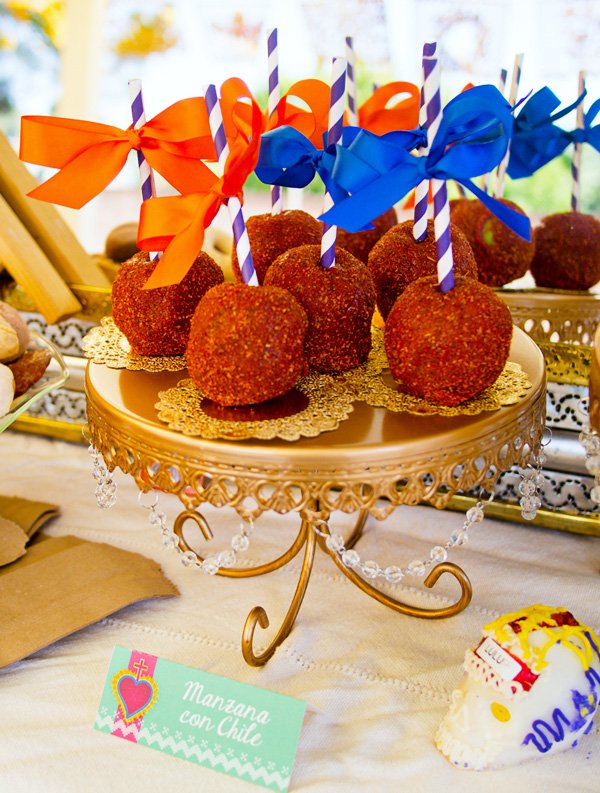 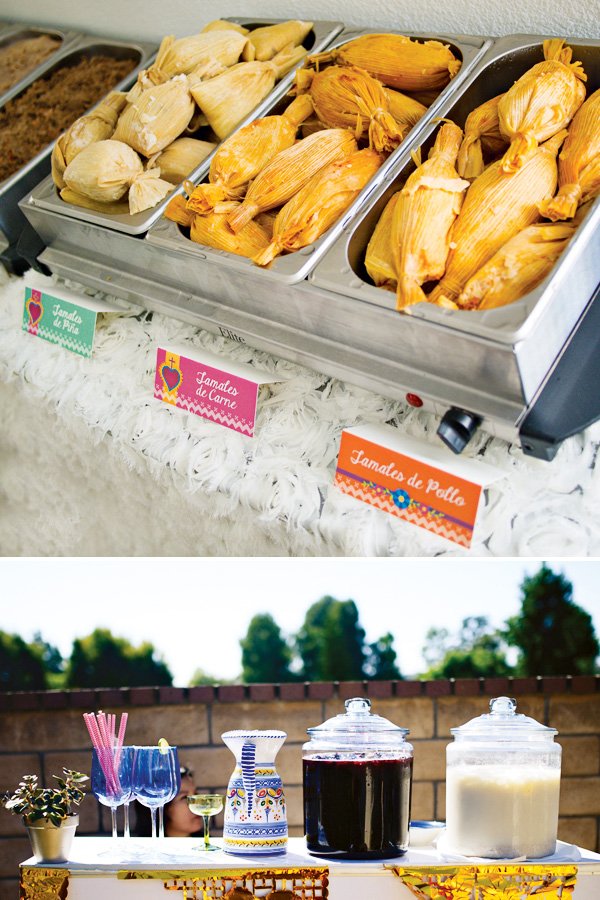 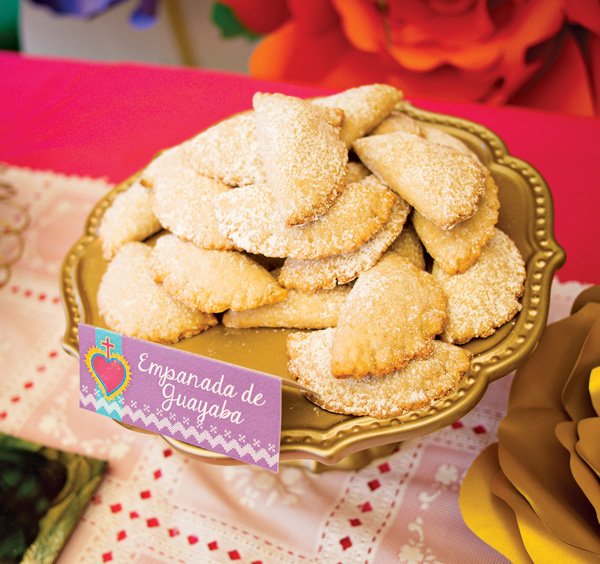 Some months ago, Roni and I  met for breakfast and I told her I wanted a to have a Mexican Party, and she wanted to have a Frida Kahlo Party, so we decided to make a mix of both, to commemorate Mexican independence day.

In Mexico you can find beautiful paper flowers, so I gave my self the task to make some for the backdrop, Holly Molly! never thinking it was going to be so addictive, in the end the back drop measures 6 x 5 feet and overwhelmingly cool! Roni painted Frida in 1996, and she gave it to me to see what I could do to incorporate her, found this amazing frame on a flee market, but didn’t want to cover the flowers so used a clear acrylic mat, to create then to complete her surrealistic world, incorporating the cages with hand blown hearts, another traditional craft from Mexico.

The table was set in a traditional family style, using succulents instead of  flowers on gold pots and tomato sauce cans, the gold touches to give it an elegant look. Traditional Mexican china, and a clear glass china with a clear sticker with different art of Frida. To accentuate the chairs we used Mexican Rebozos.

As a fun touch and favors, we had a “little mercado” with different items you will find in a Mexican Market with Bags that had either a tin heart, a scapulary or a rag doll as decorations.

Next to el mercado we had photo booth, with a huge poster of Frida and our props were Frida’s hairpieces with braids and flowers, uni-eyebrow, Diego’s glasses and a typical mustache, of course we used some glitter.

Like any Mexican party everything involved music, food and friends.