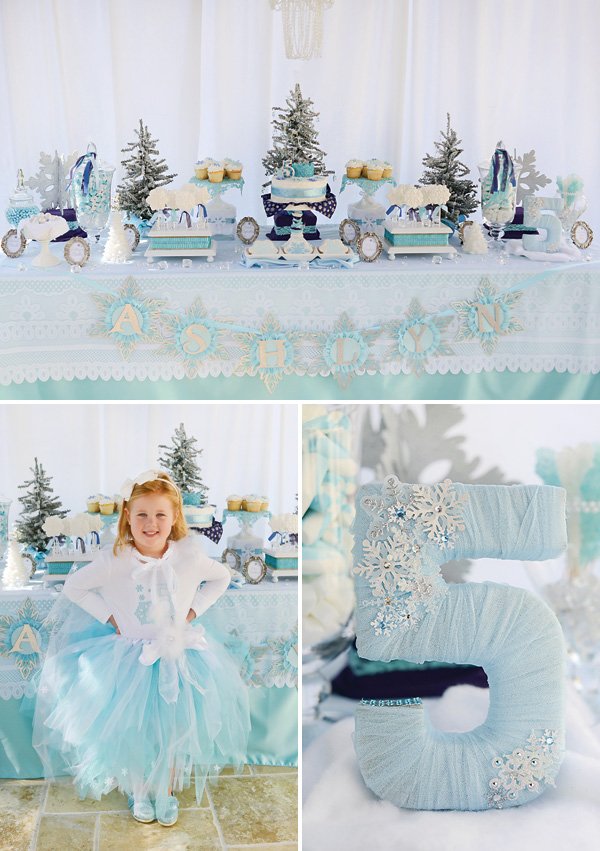 It just might be the most asked question of the year: Do you want to build a snowman? Well, the lucky little guests at this snowy, sparkly, and downright FANTASTIC Frozen Birthday Party were more than happy to do just that… amongst the other fun & crafty things dreamed up Shannon Rocha of Very Pretty Parties!

For her daughter’s 5th birthday, Shannon magically transformed her backyard into a beautiful, snow-covered Arendelle. I know there are tons of parents out there looking for Frozen party ideas right now (my own daughters have already attended a few this year!), and this clever + creative celebration more than delivers with TONS of great inspiration. 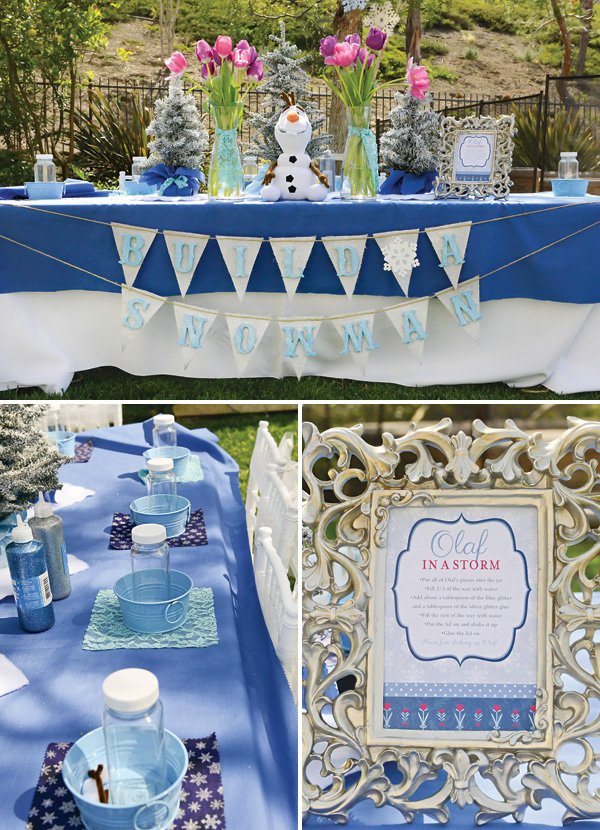 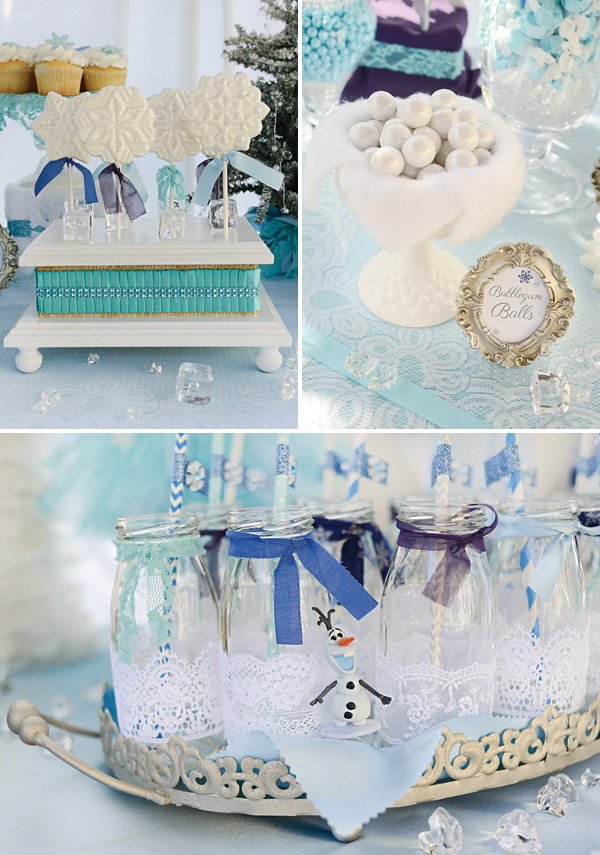 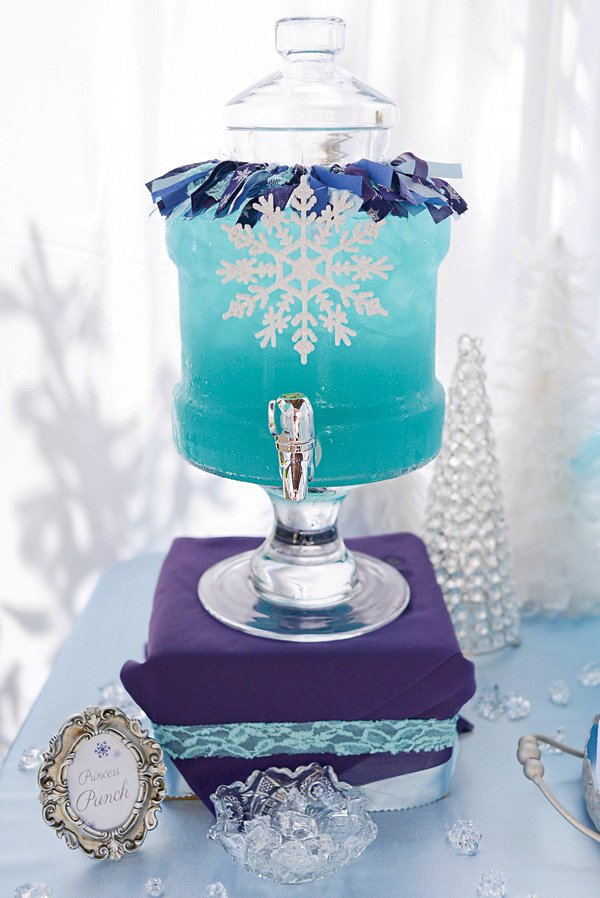 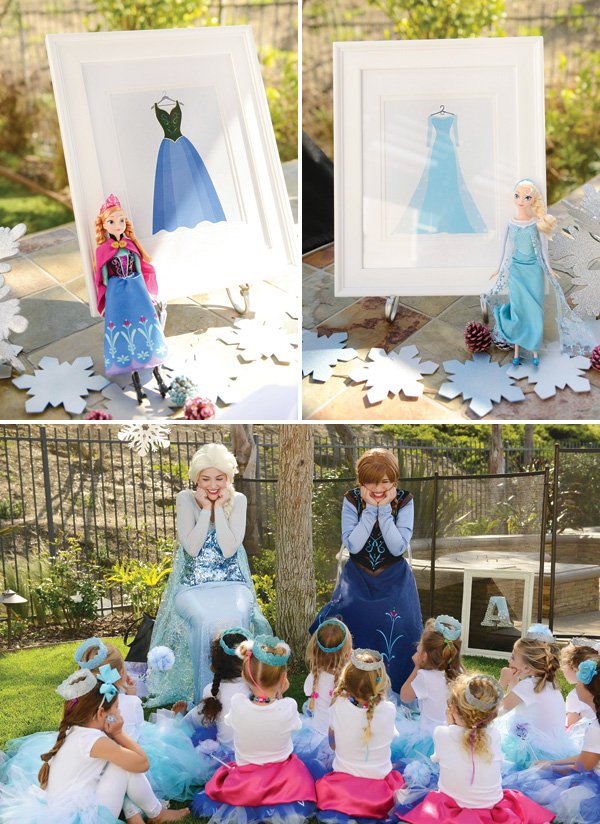 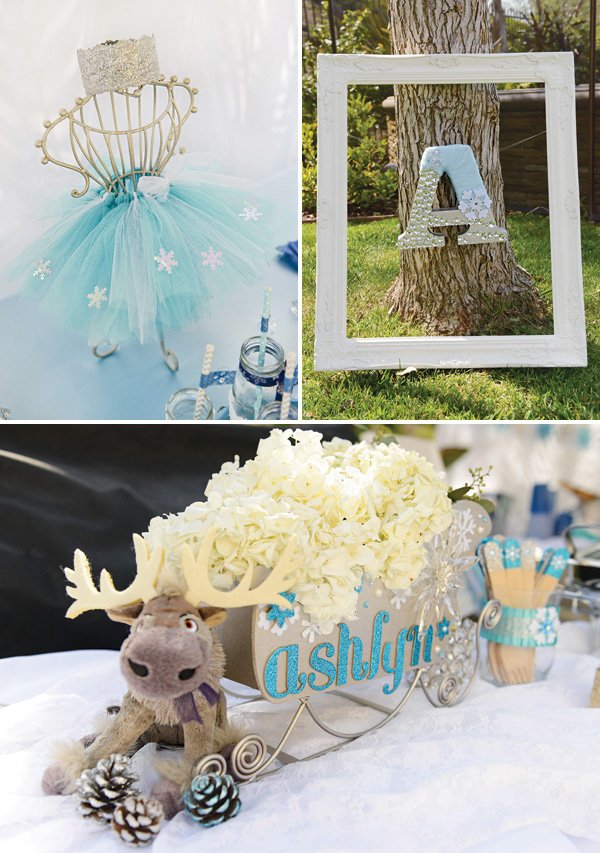 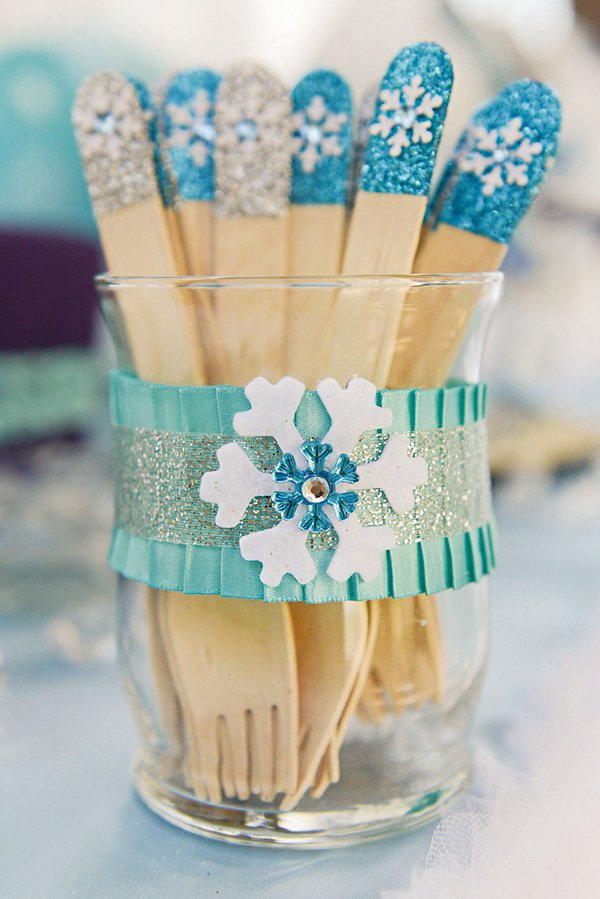 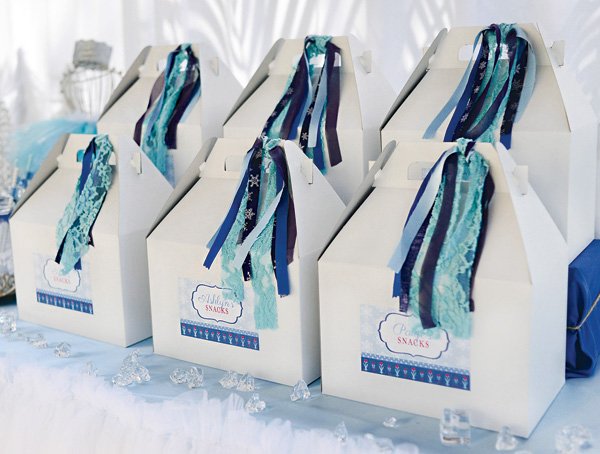 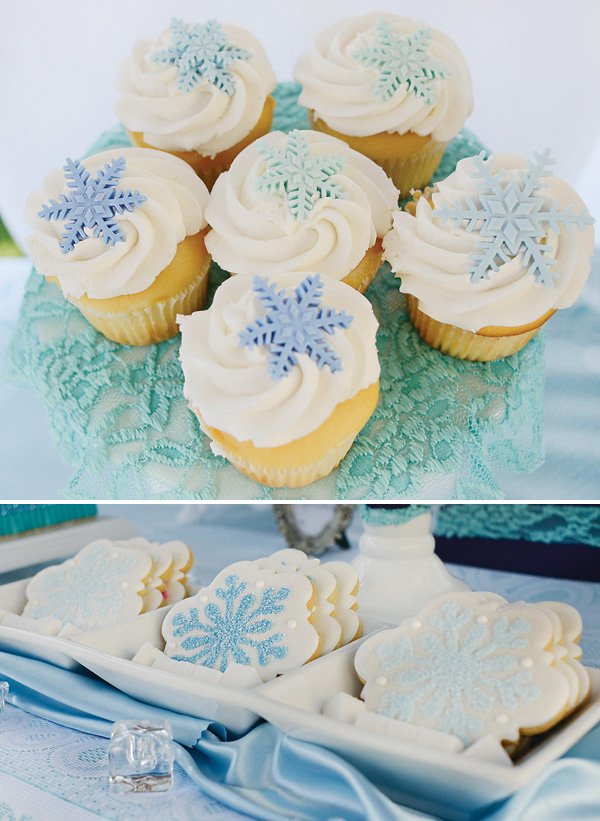 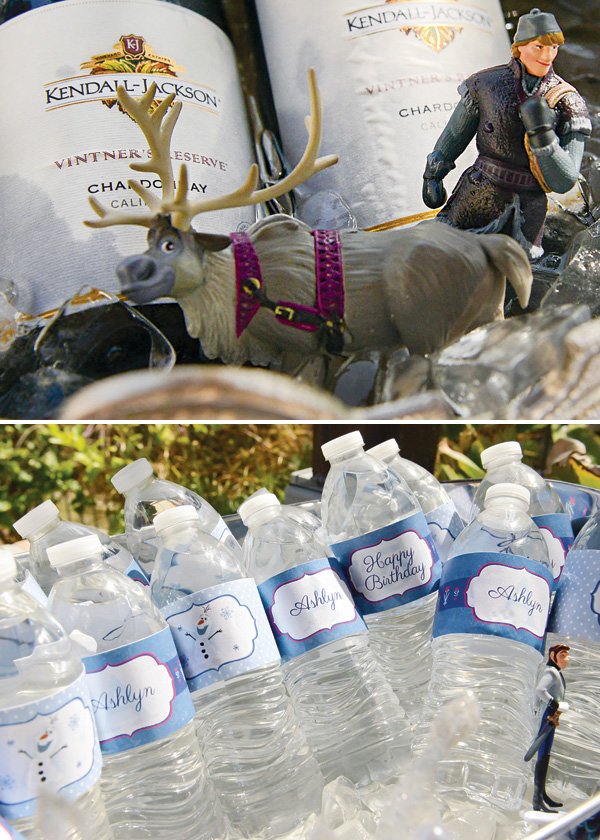 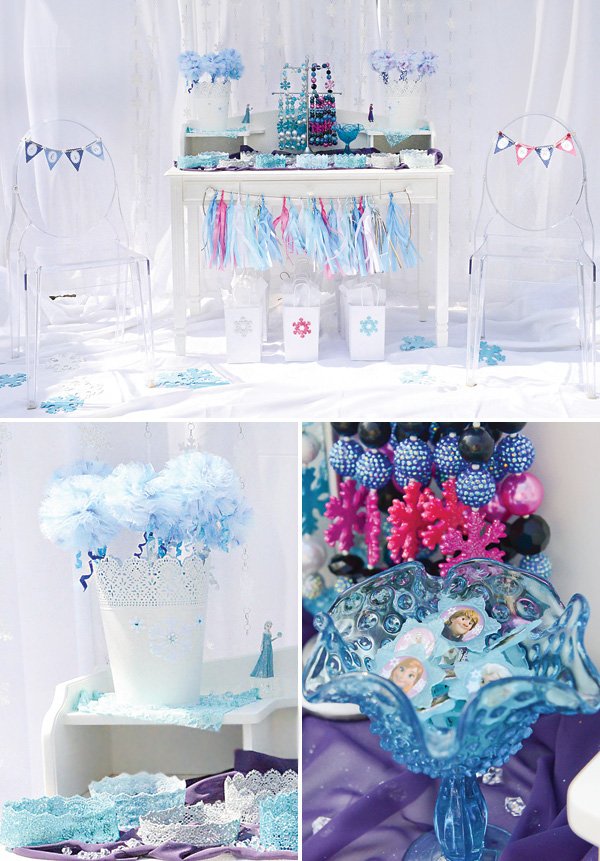 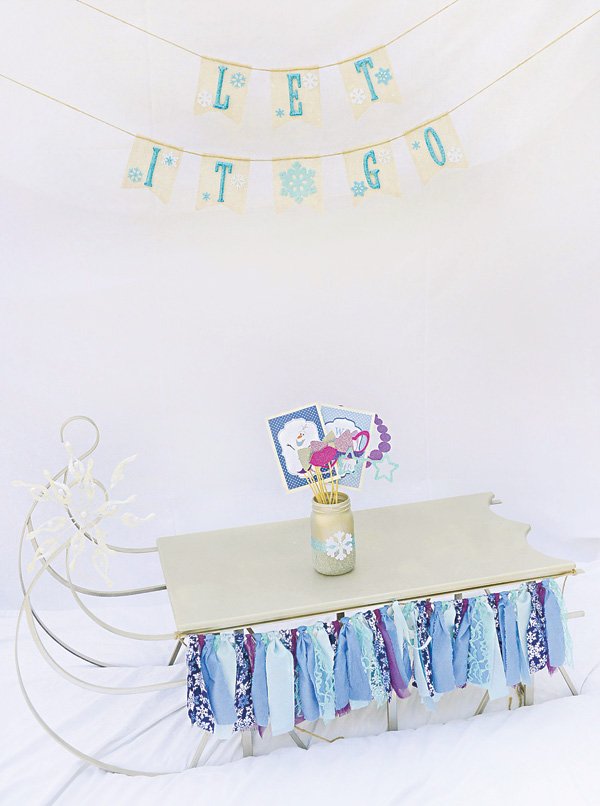 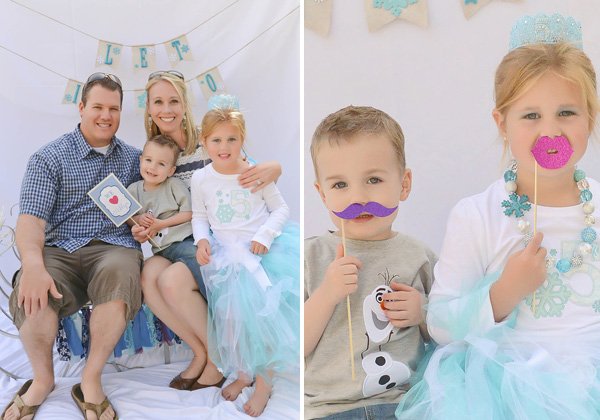 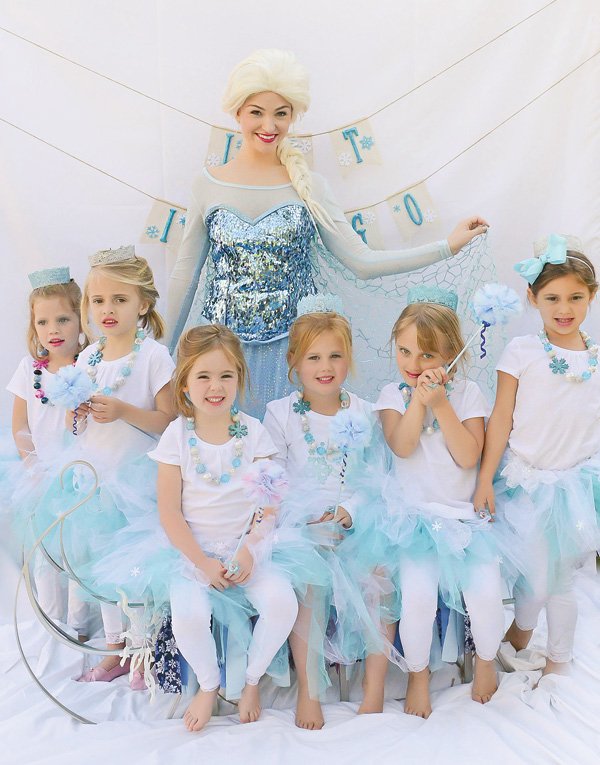 PARTY DETAILS as told by Shannon…

Like every little girl these days, my daughter is obsessed with all things FROZEN. Within hours of seeing the movie, Ashlyn had already declared that she would be having a FROZEN party for her 5th Birthday. I wanted to transform our backyard into a snow covered Arendelle so I included a ton of winter details with plenty of crystals and glitter.

My daughter invited 12 of her best friends and when they arrived they created an “Olaf in a Storm” craft. They were all so surprised when the real Anna and Elsa came to the party and sang to them. All of the girls had a princess makeover where Anna & Elsa gave them a tutu, necklace, crown, ring & wand and did their hair and make-up. They were all so excited and the looks on their faces were priceless. Once all the girls were officially princesses they read books, played games, posed in the photo booth and sampled all of the sweets!

It was a beautiful day and everyone had a very magical time. Ashlyn and her little brother Brody are still talking about how much fun they had and want to know when Anna and Elsa will be back to play again.