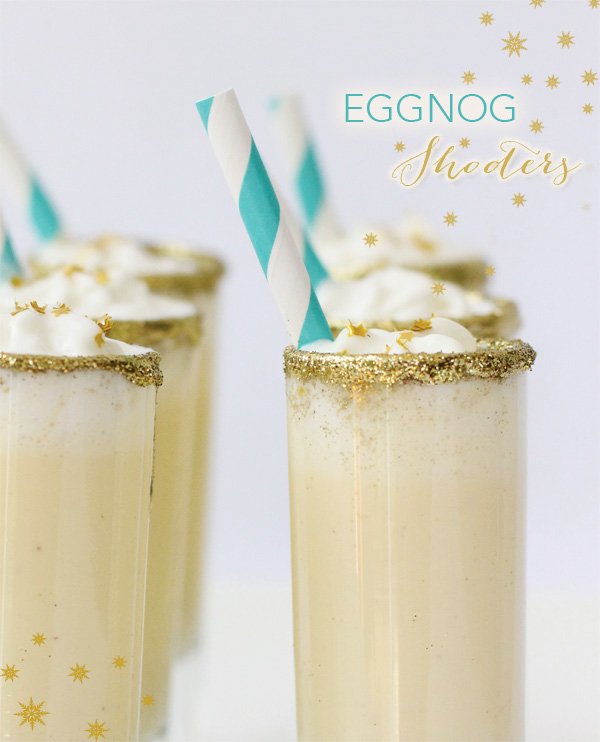 Melissa Johnson (for my first contributor post!) here from Best Friends For Frosting, a website about all things dessert, DIY and Entertaining. With all of the holidays approaching, I wanted to make a special drink that is festive, fun and versatile enough to enjoy during all of the upcoming get-togethers. These Holiday Eggnog Shooters provide the perfect opportunity to add a little extra sparkle! 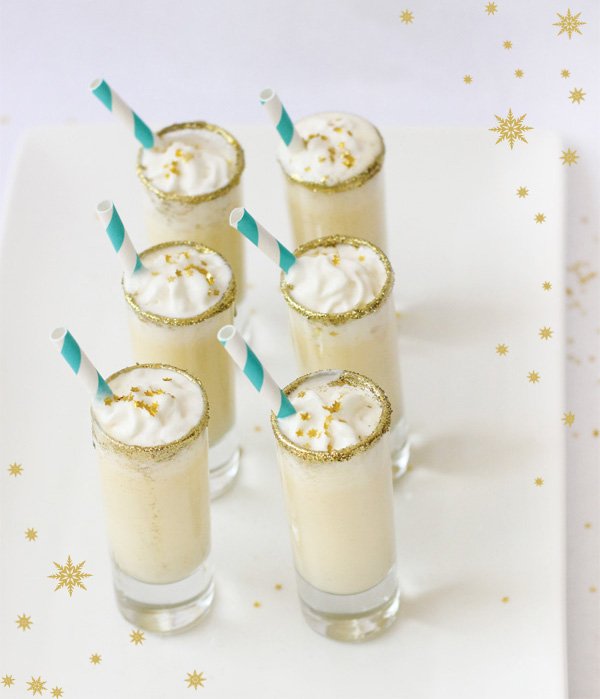 1. In the bowl of a stand mixer, beat the egg yolks until they lighten in color. Gradually add the 1/3 cup sugar and continue to beat until it is completely dissolved. Add the milk, cream, bourbon and nutmeg and stir to combine.
2.  Place the egg whites in the bowl of a stand mixer and beat to soft peaks. With the mixer still running gradually add the 1 tablespoon of sugar and beat until stiff peaks form.

3. Whisk the egg whites into the mixture. Chill and serve.
4. In the bowl of a stand mixer, beat the egg yolks until they lighten in color. Gradually add the 1/3 cup sugar and continue to beat until it is completely dissolved. Set aside.
5. In a medium saucepan, over high heat, combine the milk, heavy cream and nutmeg and bring just to a boil, stirring occasionally. Remove from the heat and gradually temper the hot mixture into the egg and sugar mixture. Then return everything to the pot and cook until the mixture reaches 160 degrees F. Remove from the heat, stir in the bourbon, pour into a medium mixing bowl, and set in the refrigerator to chill.
6. In a medium mixing bowl, beat the egg whites to soft peaks. With the mixer running gradually add the 1 tablespoon of sugar and beat until stiff peaks form. Whisk the egg whites into the chilled mixture.

1.  In the bowl of a mixer, beat the cream until it gets thick and starts to form peaks. Gradually make your way to high speed.
2. Gradually add in your sugar.
3. Add in gelatin.
4. Last but not least, add in your vanilla bean paste.

1. Dip “shooter” cups in vanilla extract followed by dipping each rim of shooter cup into edible gold glitter.
2. Pour eggnog into each cup leaving 1 inch room below the rim for whipped cream.
3. Add a swirl of whipped cream on top of each shooter.

TIPS: For extra sparkle, sprinkle gold edible stars on top of the whipped cream. Add a striped straw to each shooter and serve with style. 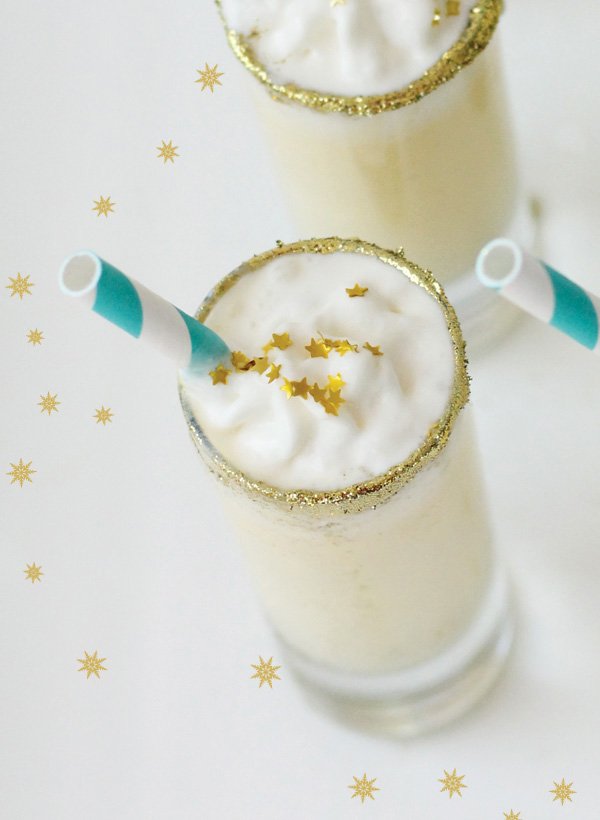 Wishing you a joyful holiday season!