Woodsy How to Train Your Dragon Birthday Party 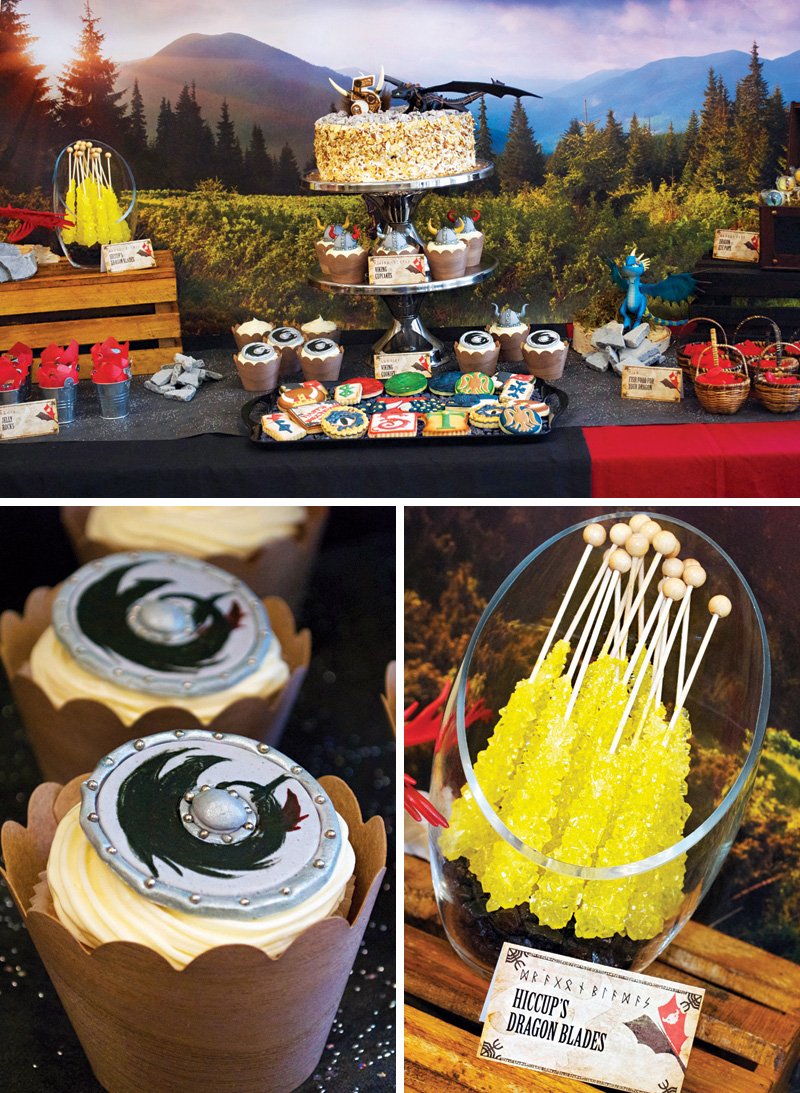 With the popularity of the How to Train Your Dragon series, it’s no wonder that awesome themed parties have followed suit! And I totally get it… I don’t mind at all when my girls want to watch these movies for the zillionth time. ;)

Zoila Lopez of Squared Party Printables and her son were so taken with the series’ 2nd movie that they switched gears on the first birthday plan in order to make room for the dragons! In this Woodsy How to Train Your Dragon Birthday Party, Zoila played up texture and natural elements to create a rugged, Viking-approved atmosphere. From cool viking helmet cupcakes to baby dragon egg party favors, this celebration is sure to put a toothless grin on your face ;). 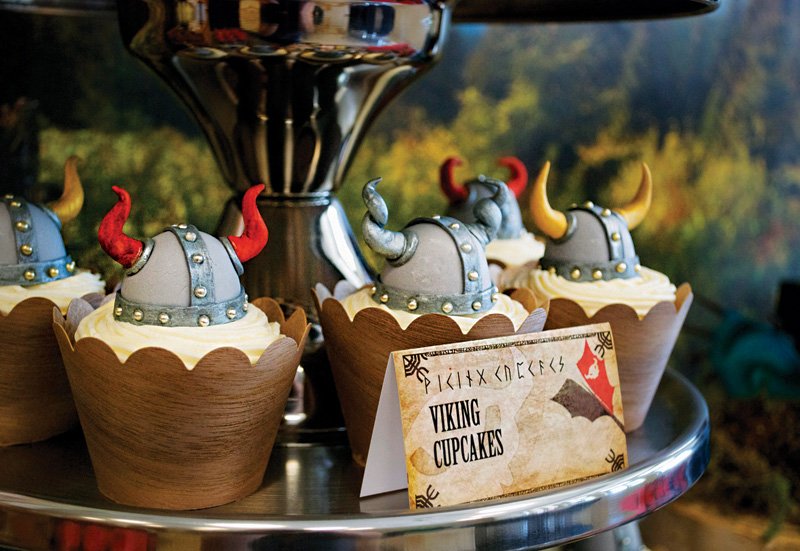 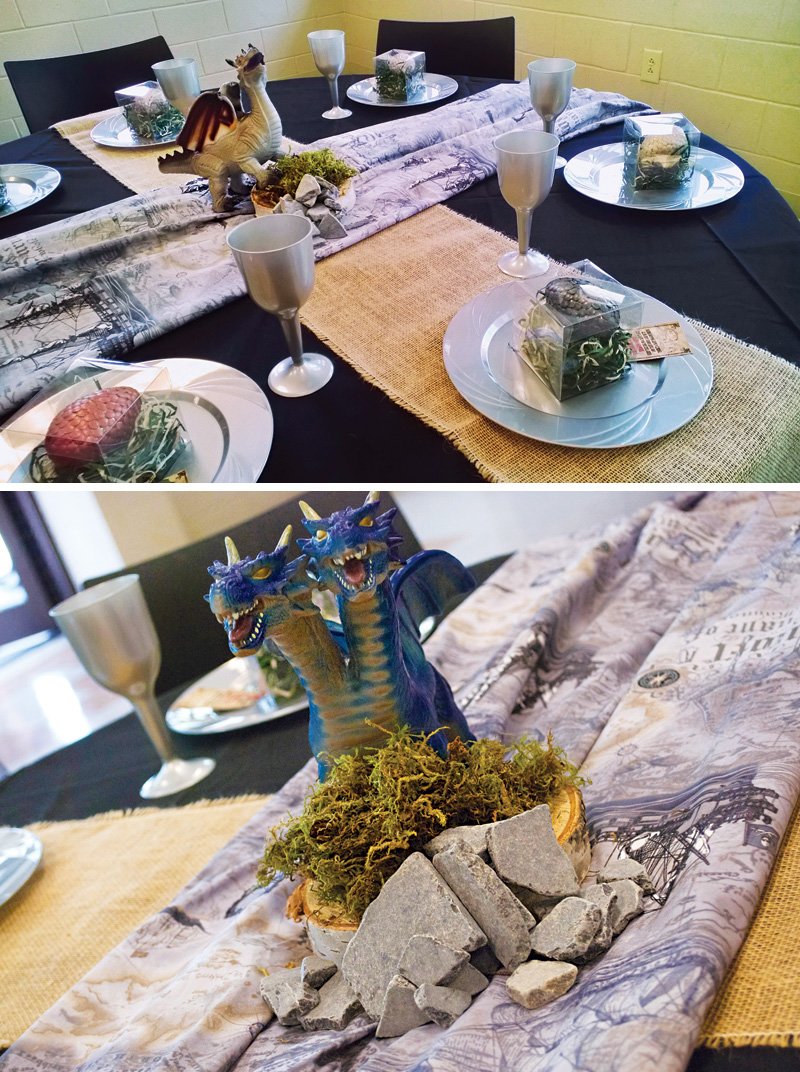 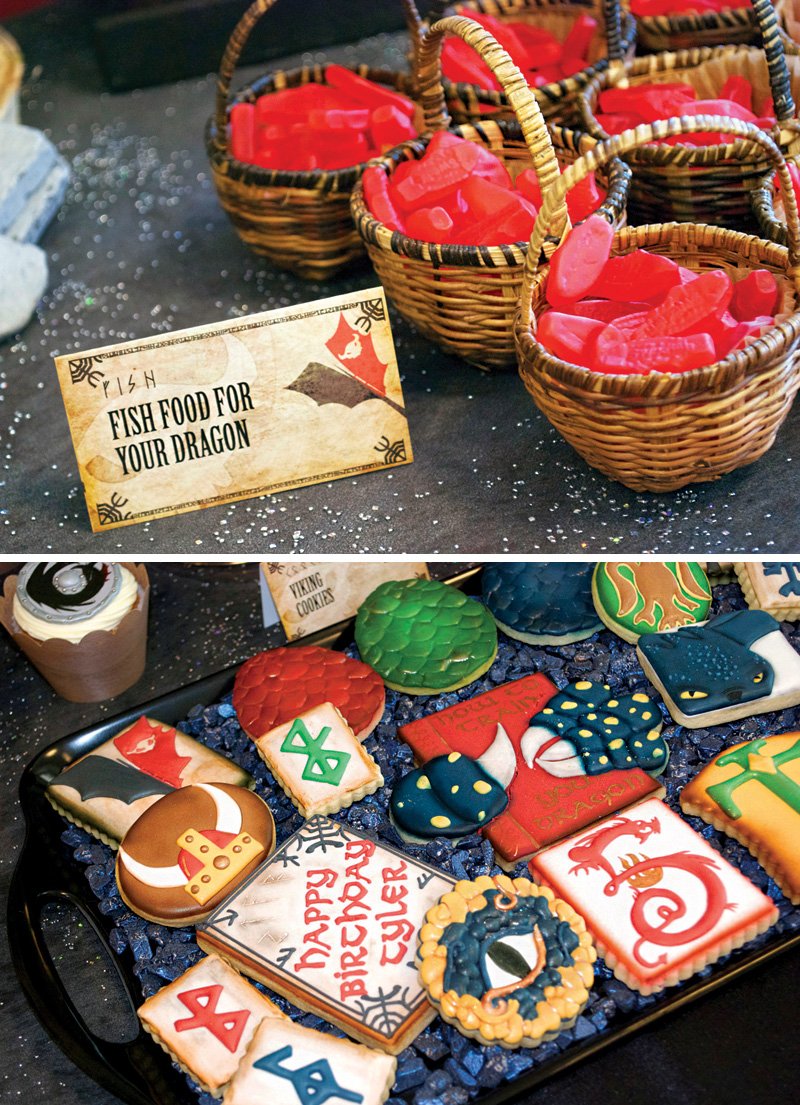 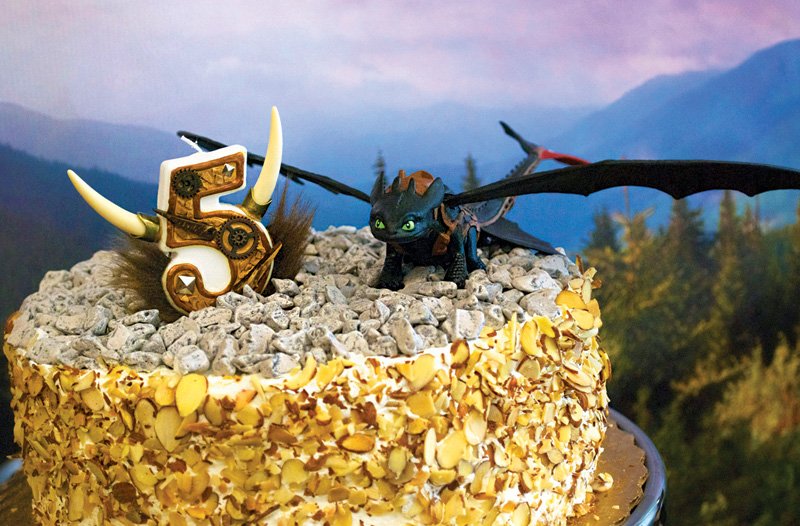 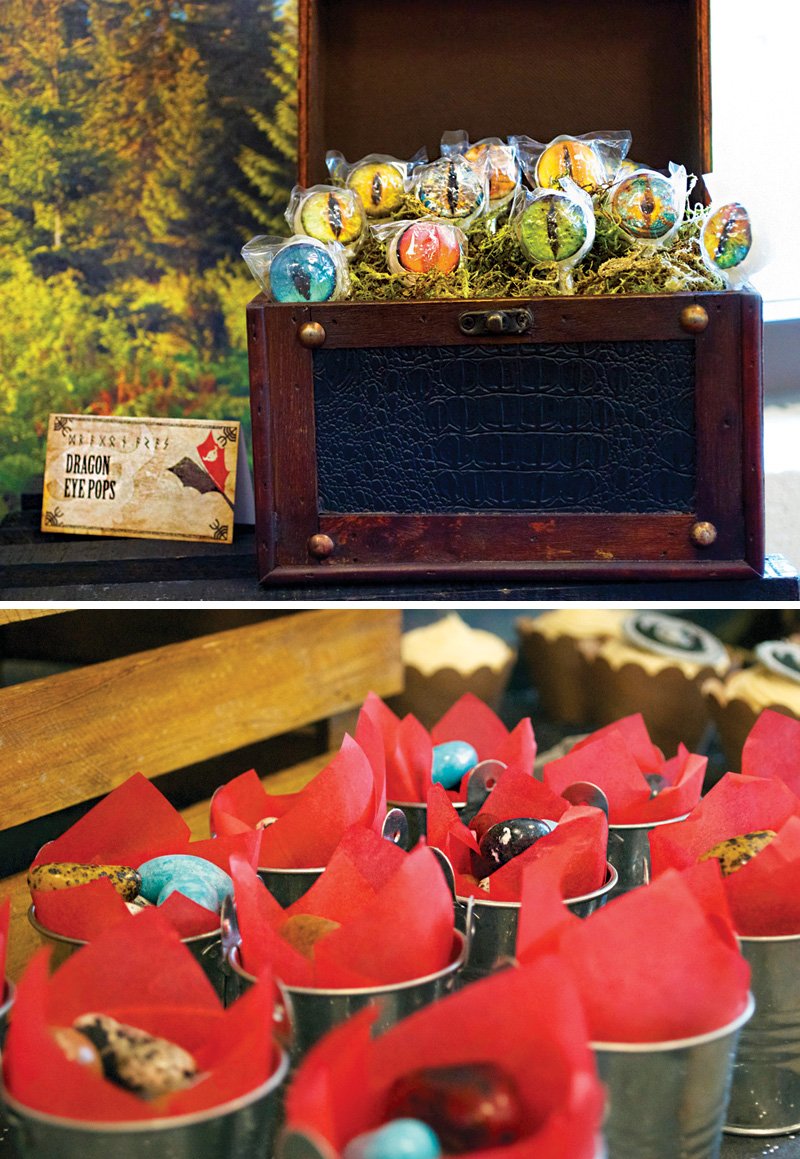 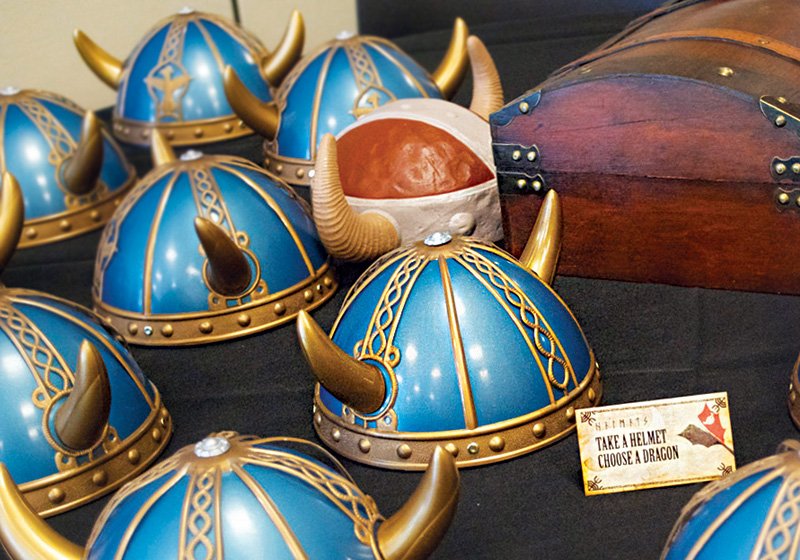 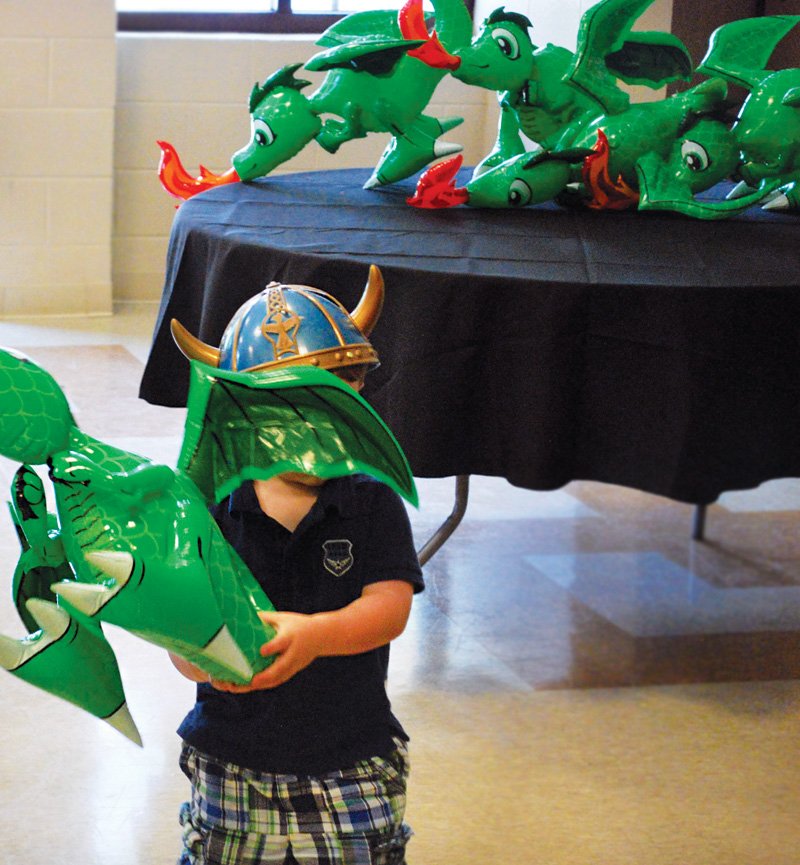 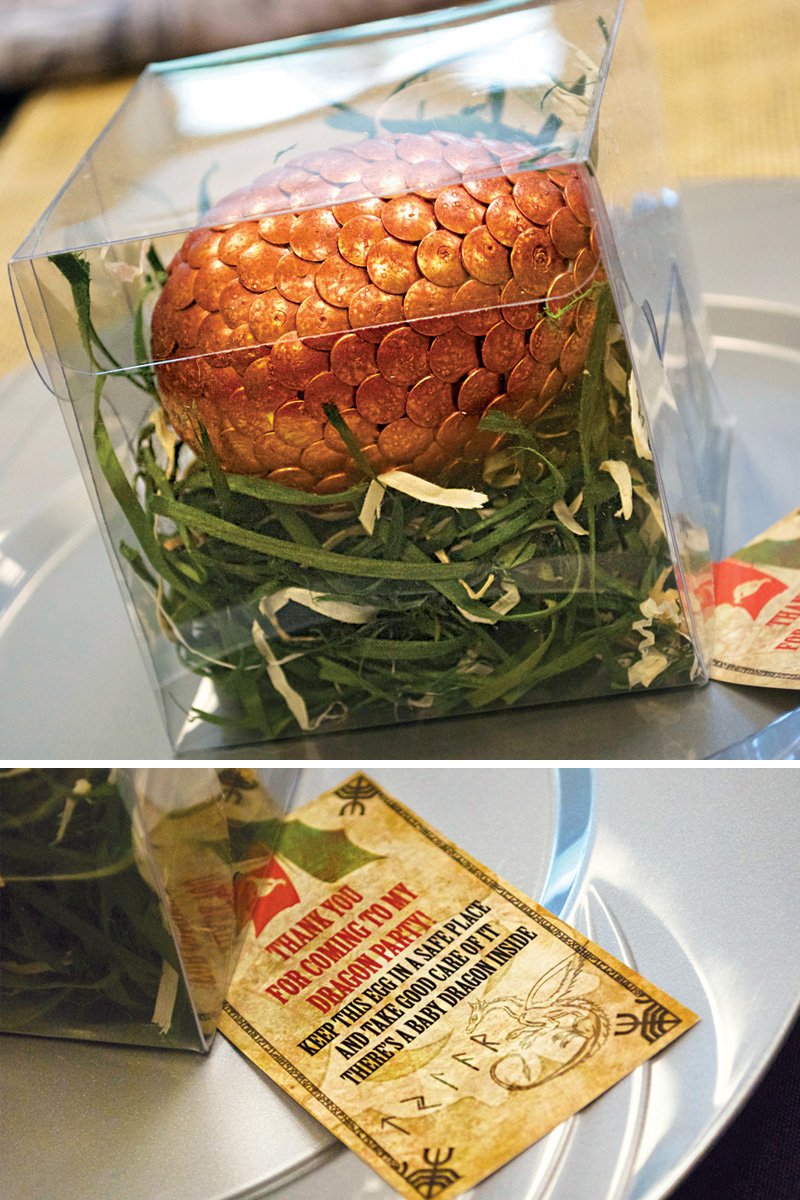 PARTY DETAILS, as told by Zoila…

My son and I got to see a premiere of How to Train Your Dragon 2. After having seen the Lego Movie earlier this year, I thought I’d get off easy and take him and his buddies to our local Legoland for his birthday, but we both fell in love with Hiccup and Toothless, so the party planning began.

I wanted to keep the feel of this party as natural as possible and focused on the textures and natural elements of the movie. The burlap, rocks, wood, moss and the photo backdrop really pulled all of the elements together. The invitations and paper products had a look of worn paper with hand drawings (like Hiccup’s journal).

The dessert table focused on some of these same elements — jelly bean rocks in metal buckets, chocolate rocks, rock candy dragon blades and Swedish fish to feed your dragon in a woven mini basket.

Since I had waited too long to order a proper cake, I had my local supermarket bakery put together the cake for me, which I covered with chocolate rocks and topped with a custom Viking candle (Glitter Wishes by Kara) and a Toothless toy. The cupcakes were topped with some amazing fondant work from Like Butter, and the cupcake wrappers were made from real wood (WoodziiProducts).

The custom sugar cookies by Sugar Cravings just completely blew me away. And the dragon eye lollipops from Vintage Confections were just perfect as always.

We held the party at a local rec center where we had a portion of the ballroom as well as a private patio. Each kid grabbed a Viking helmet and had Viking war paint applied. Then they each grabbed an inflatable dragon and we headed out to the patio for some dragon training. Afterwards we went inside for some snacks and drinks. All the kids were great and waited until we sang Happy Birthday before they attacked the dessert table.

Once the sugar kicked in, they all ran around smacking each other with the inflatable dragons. Who knew they would be such a hit!

The kids’ tables were setup with a burlap runner, with treasure map fabric laid over it (pirate leftovers). The centerpieces were a wood slab with a rubber dragon and some rocks and moss. I used some of the other decor I had on hand like the crates and treasure boxes from our pirate party last year. The kid’s place setting was a “metal” plate and goblet with wooden forks.

Each little Viking got to take home their very own dragon egg. These were made with foam eggs, thumbtacks and paint, and boxed up with some natural shred. The little Vikings were told there are baby dragons inside and to take care of them and put them in a safe place.

My son was absolutely beaming the entire time and loved it. Here’s to all the little Vikings out there!