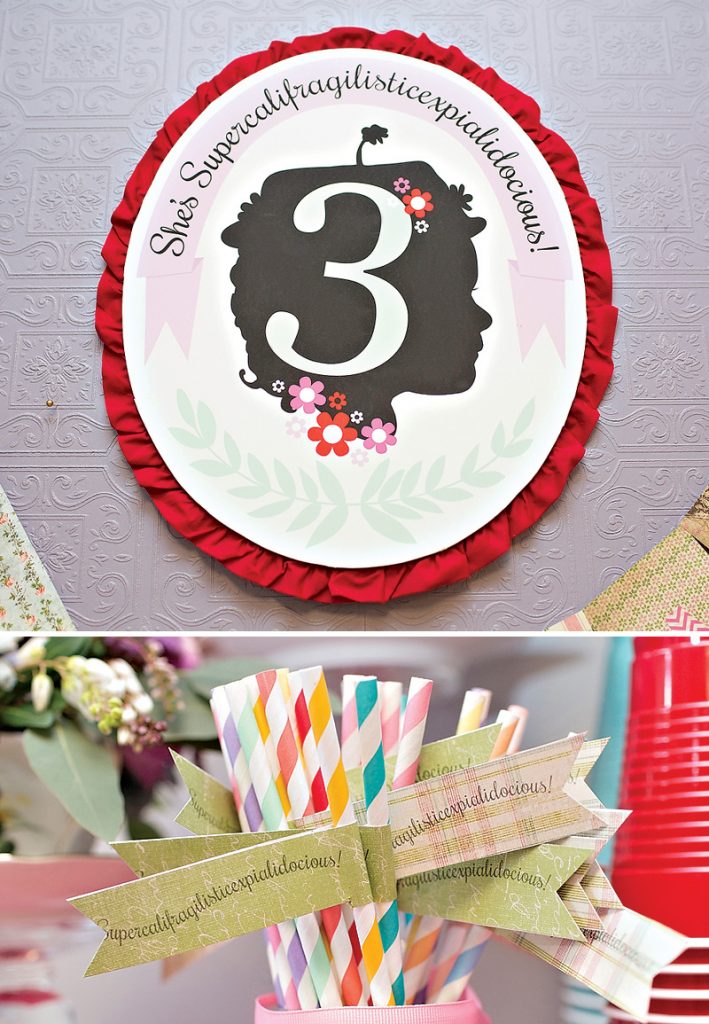 There’s no better word to describe this SUPER creative {Jolly Holiday} Mary Poppins Birthday Party than SUPERcalifragilisticexpialidocious! Kristen Janes of Kio Kreations and her daughter Aria share a love for the classic film, and Aria’s favorite part is when Mary, Bert & the kids go on a ‘Jolly Holiday’ adventure through the sidewalk chalk painting. Kristen masterfully recreated said painting & included other fun elements from the scene as well — like playful dancing penguins & a lovely flower-adorned carousel horse. You definitely won’t need a spoon full of sugar to help these creative details go down! ;) 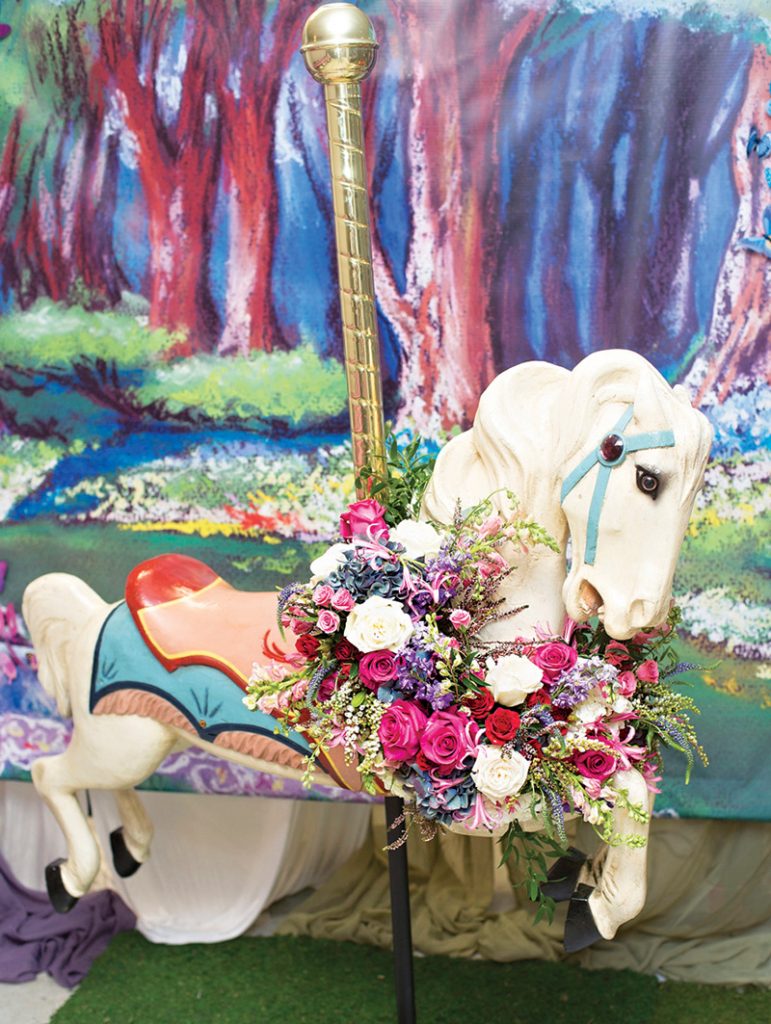 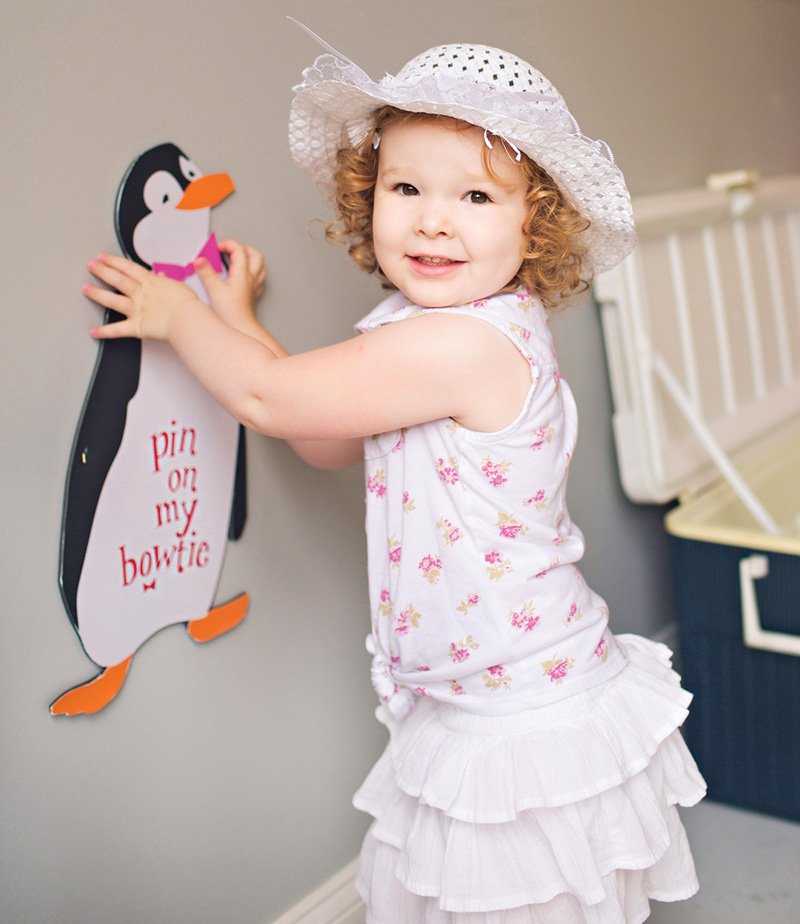 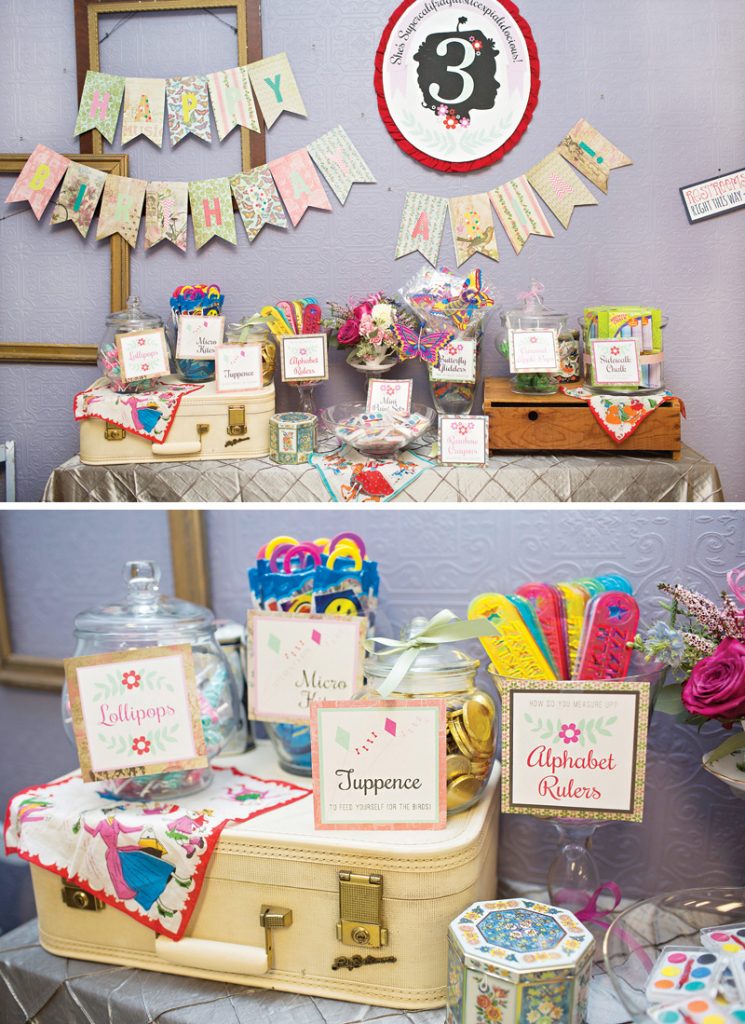 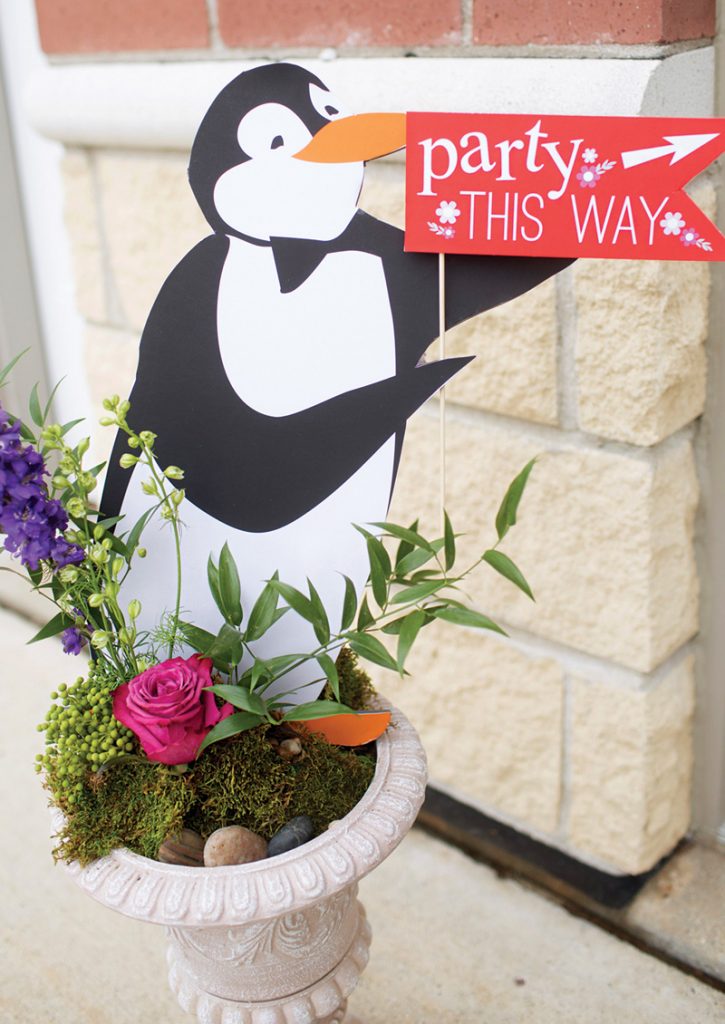 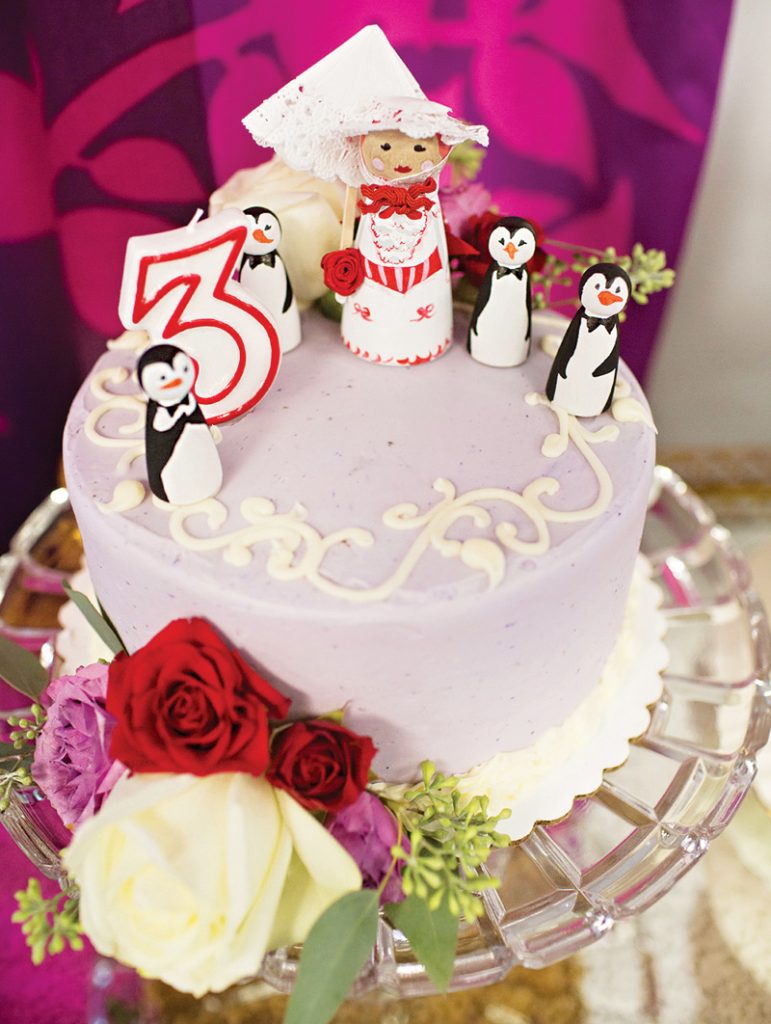 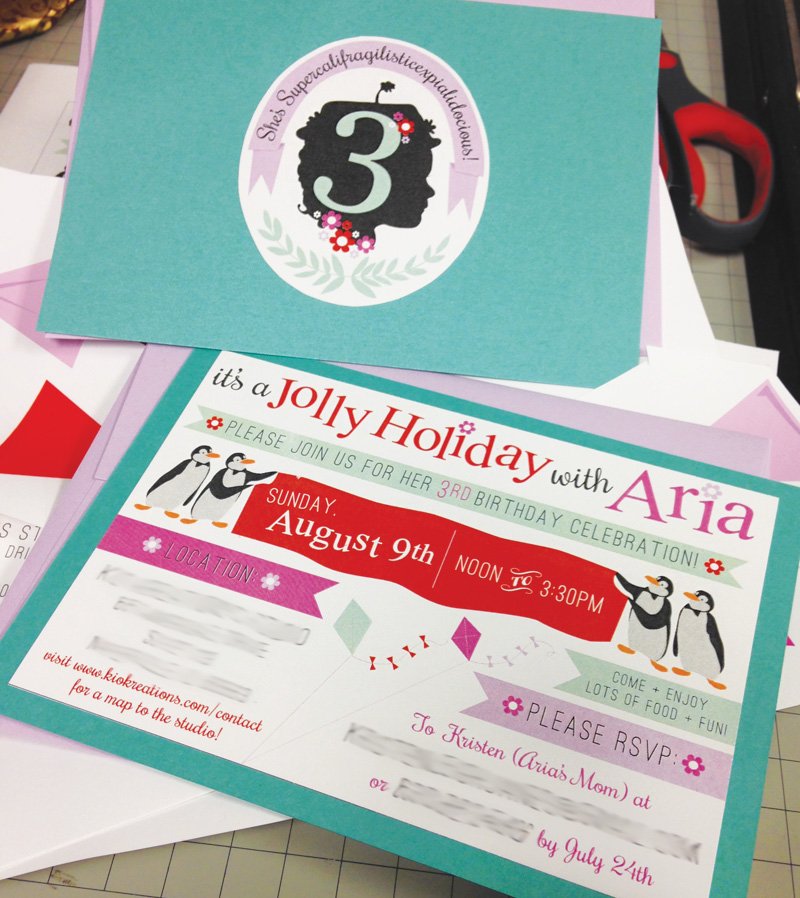 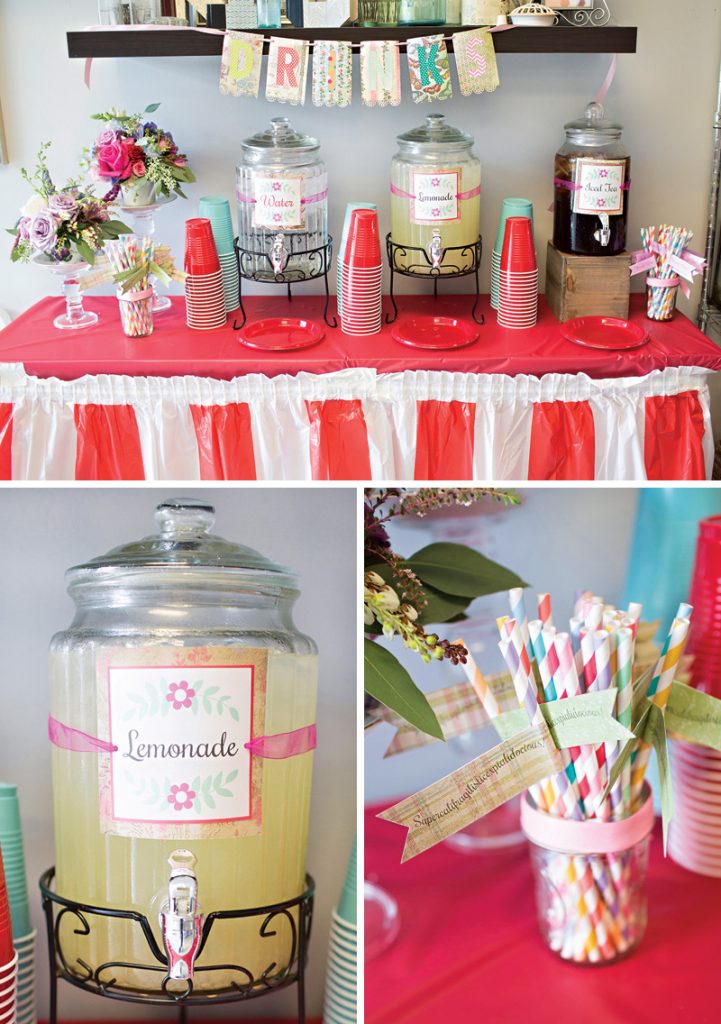 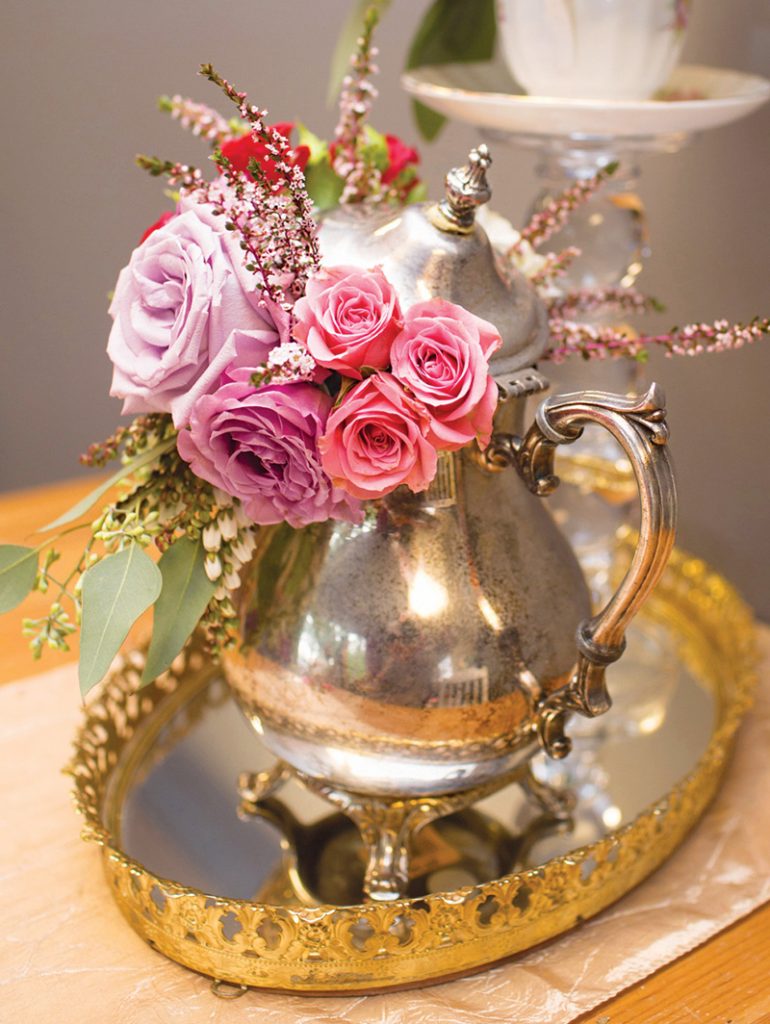 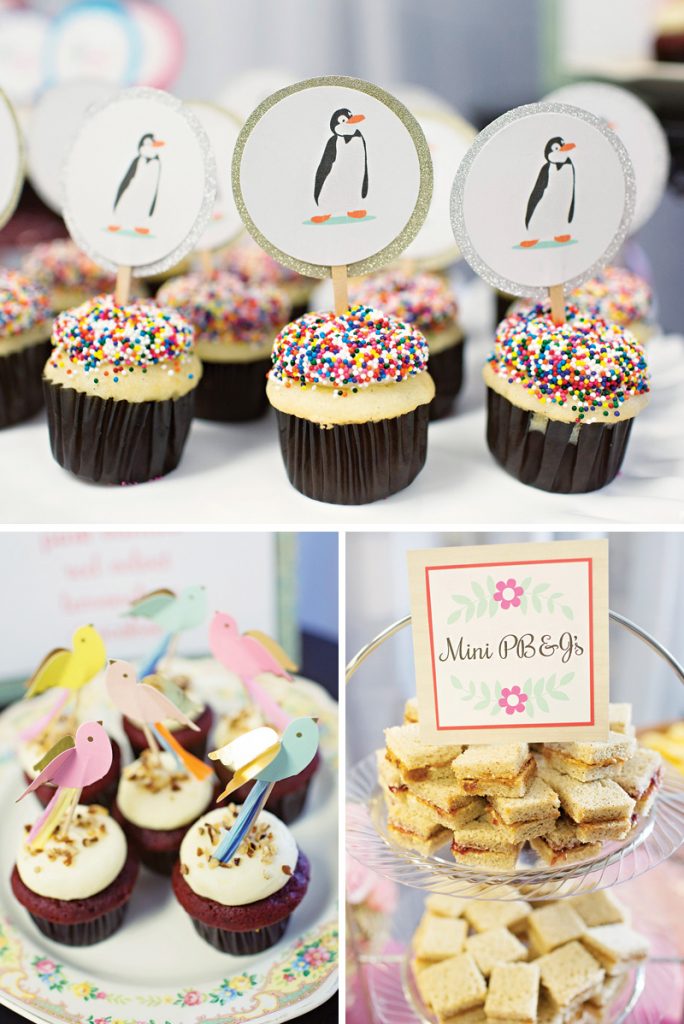 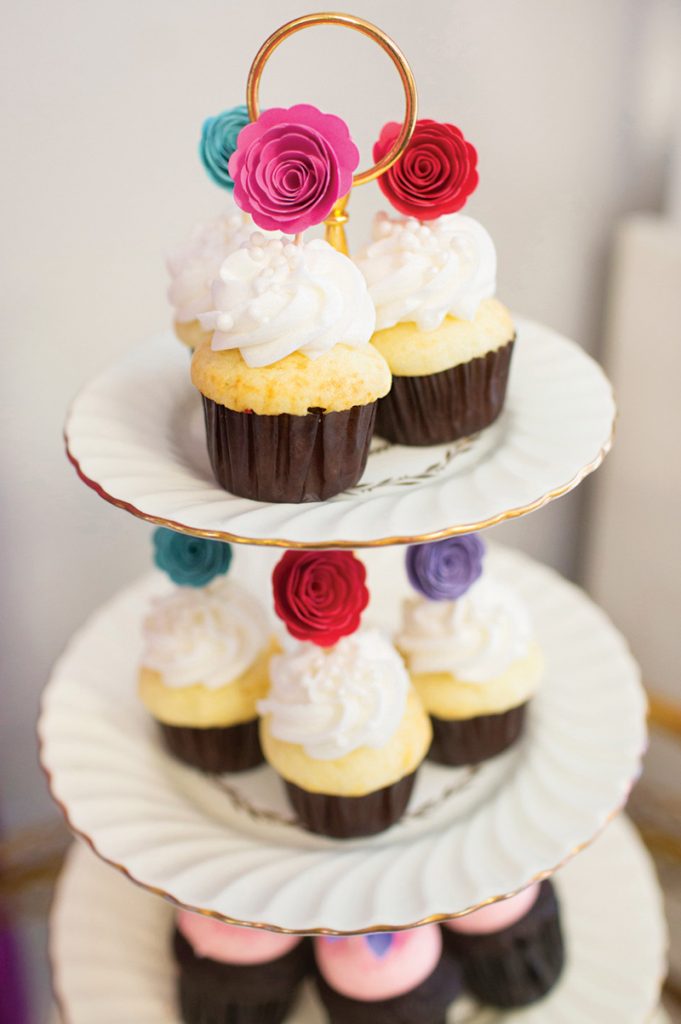 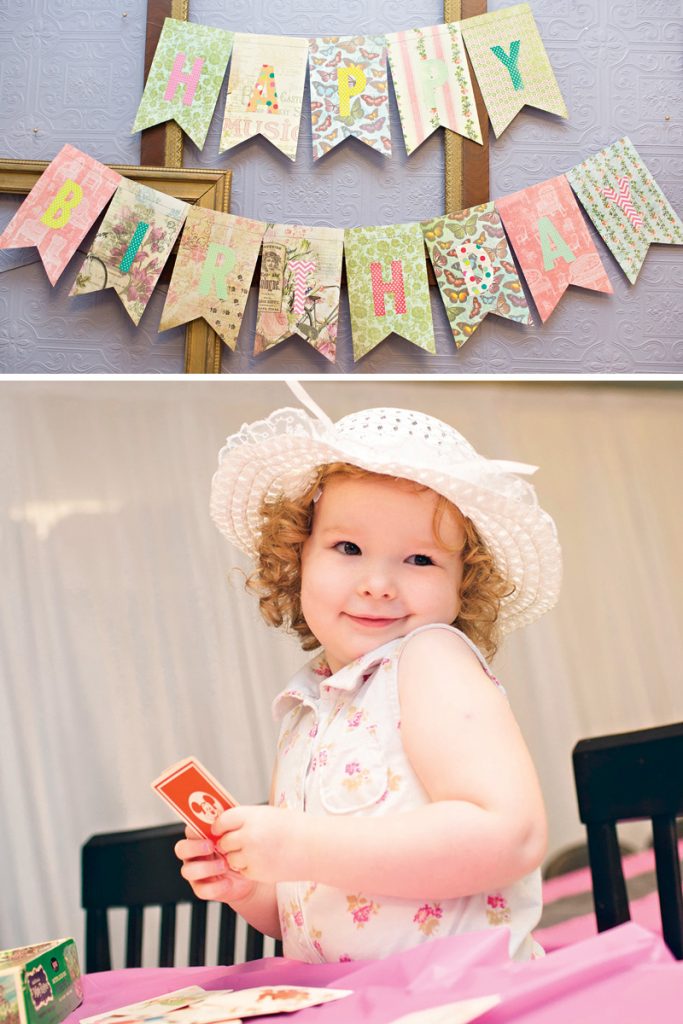 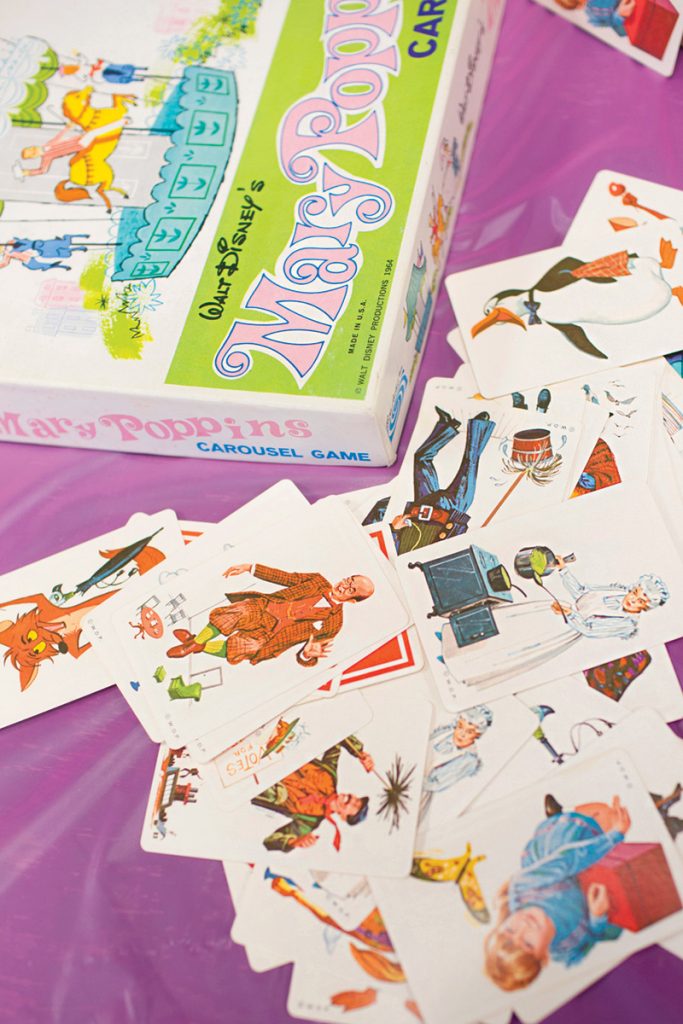 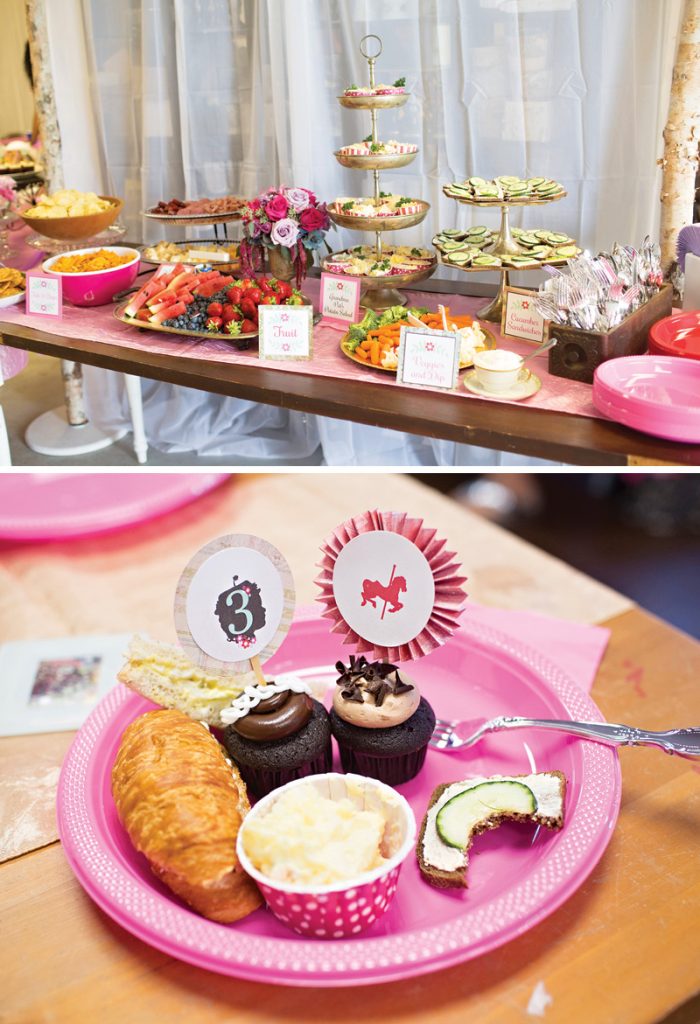 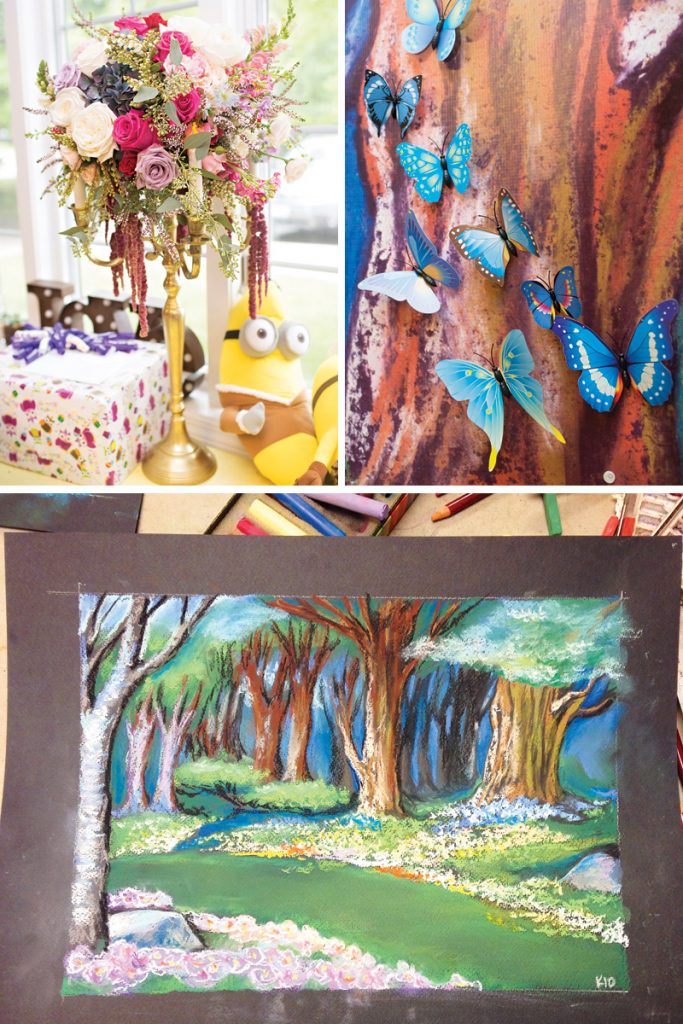 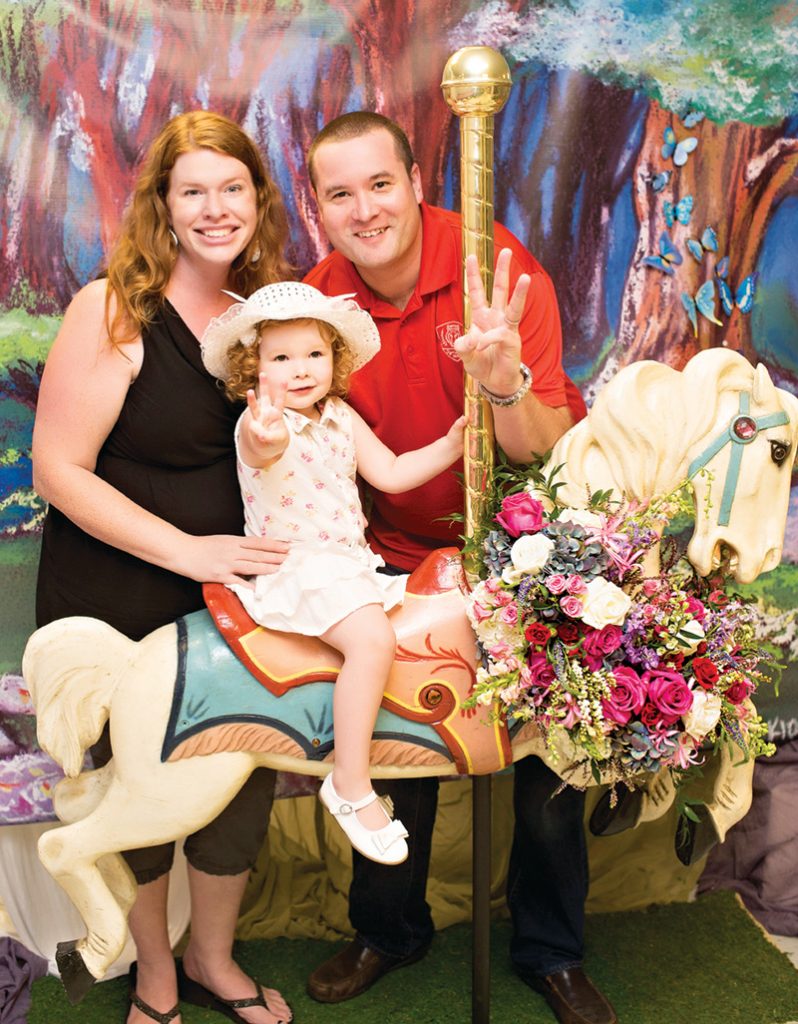 PARTY DETAILS, as told by Kristen…

I love the classic movie Mary Poppins and am happy to report that my daughter loves it as well! We enjoy singing all of the songs together and she really loves the part where they jump into a colorful chalk painting and enjoy “a Jolly Holiday with Mary” while dancing with penguin waiters and racing carousel horses through the English countryside! I felt this would be an awesome party theme for her third birthday…”A Jolly Holiday with Aria!”

I like to include a portrait or likeness of my daughter in all of her birthday invitations, so for this one I made a custom silhouette of her that reminiscent of Mary Poppins herself. I used this “cameo” for signage, stickers, seals, and even on some cupcake picks! There were 60 cupcakes so lots of decorative picks were created for them including 3-D paper rosettes, penguin ones, kite ones, and little birdies too. Decorations were very important to make it feel fancy in our otherwise messy floral studio space so I draped the shelves with curtains and covered all of the tables with tablecloths and made lots of floral arrangements in tea cups, cute signage and used vintage plates and glass apothecary jars to display food and favor items. The main floral piece was a gold candelabra on the gift table which looked like something the Banks’ family might have owned!

A “chalk painting” was also needed to really nail this theme — so I did a chalk pastel piece inspired by the movie and had it blown up to be a photo backdrop. I decorated a carousel horse with a floral wreath and used it as the perfect “Jolly Holiday photo booth” for all of the guests to pose in front of. It was awesome to see all of the guests post their family shots to Facebook and Instagram! It was very well-received!

Food and drinks were also integral to the theme; I really wanted delicate tea sandwiches and other British-inspired items to be the main focus along with some delicious cupcakes and desserts! We also did a Mary Poppins-themed “favor buffet” with nods to the movie including boxes of sidewalk chalk, mini kites, rulers (to see how you measure up!), tuppence and other goodies! When there are a lot of different ages of kids attending our parties, I think a favor buffet is a great option so parents can pick things that are age-appropriate (and abide by their dietary standards) for their kiddos!

We also had some great Mary Poppins games and activities at the party. Including: “a spoonful of sugar (cubes) relay race,” “pin on the bowtie penguin” game, sidewalk chalk creative time, and we even had out 3 vintage Mary Poppins eBay finds: Mary Poppins Carousel Game, Jolly Holiday Jigsaw Puzzle and a Mary Poppins card game!

Of course the guest of honor wore a Mary Poppins hat and gloves (for about 1/3 the party) and dressed in white to honor Mary’s Jolly Holiday attire. Aria had the best time ever at her party and everyone would agree it was practically perfect in every way!