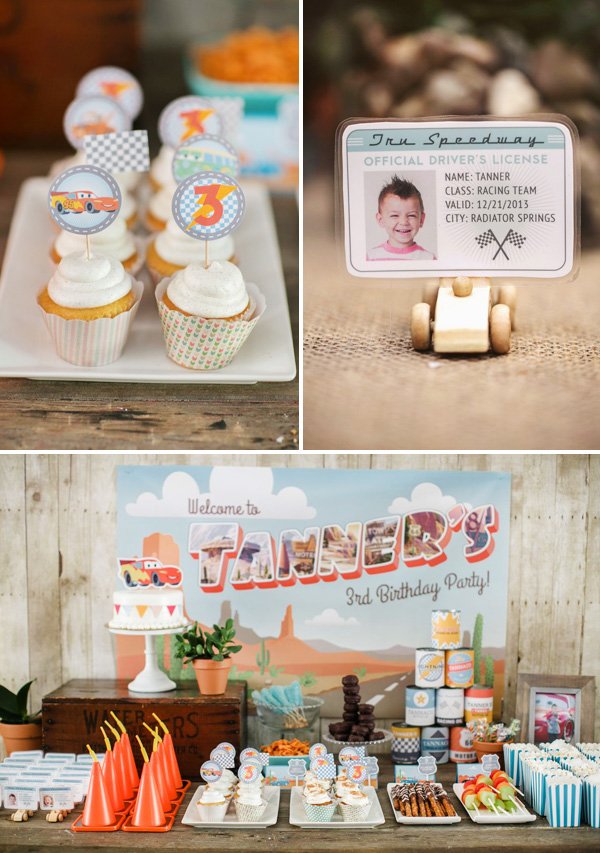 For all of you out there with little grease monkeys that absolutely love anything cars/trucks/zoom-related, this creative party will knock your socks off!

One of the best parts? The birthday boy and his other race car driver friends each got their own Radiator Springs driver’s licenses and little wooden cars — perfect for speeding off into the sunset. 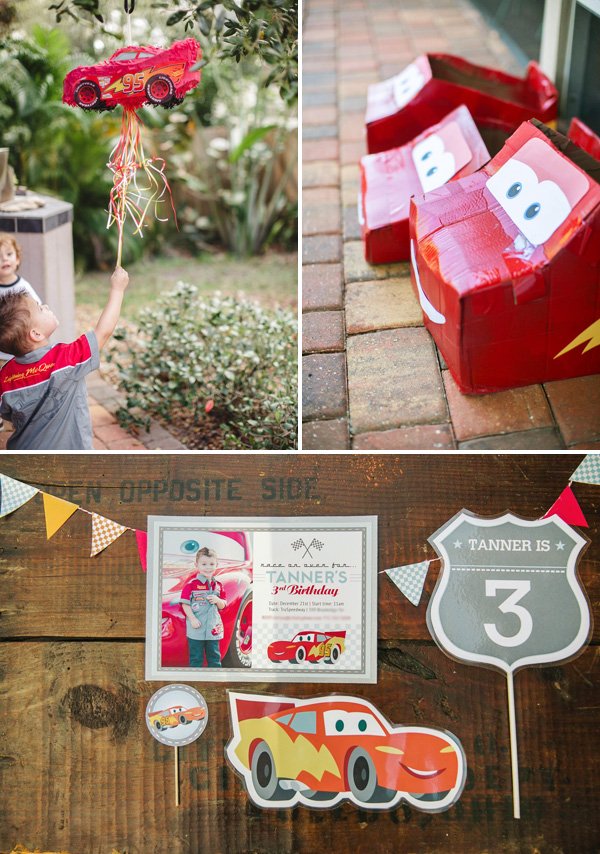 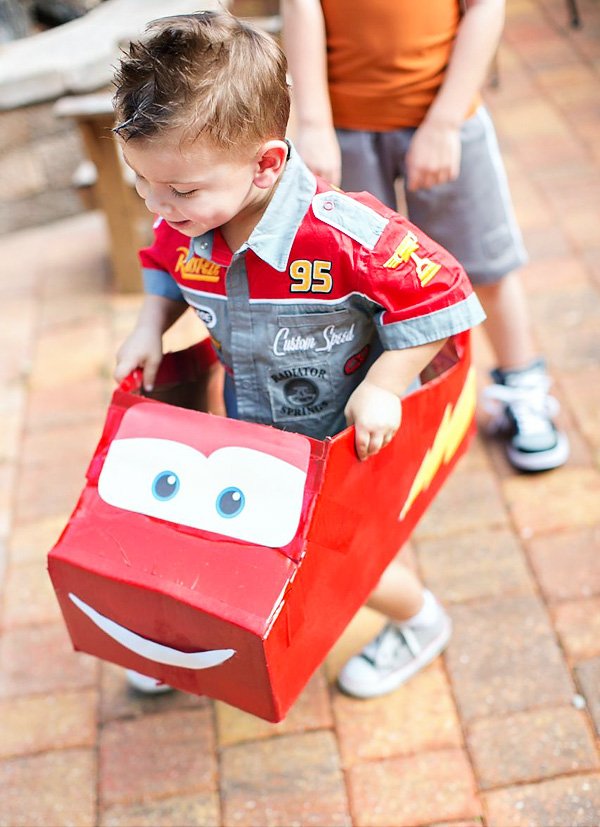 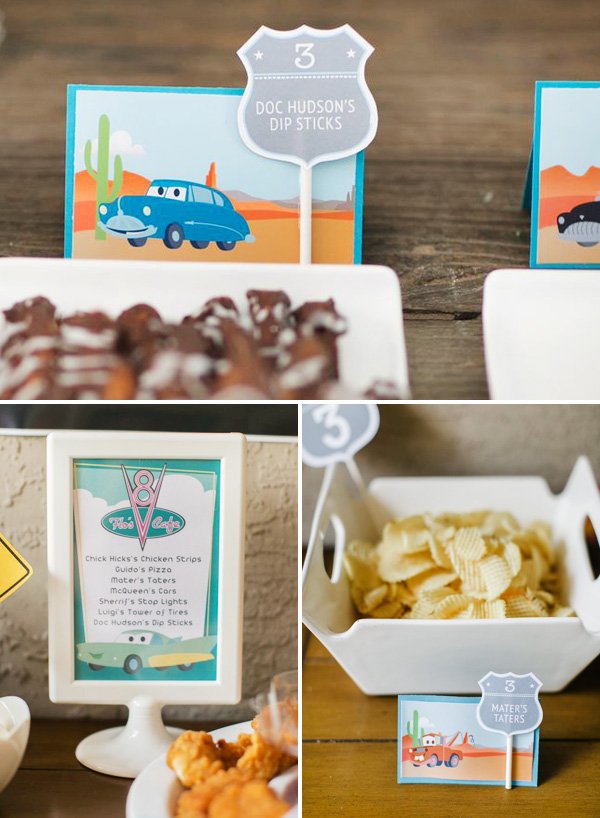 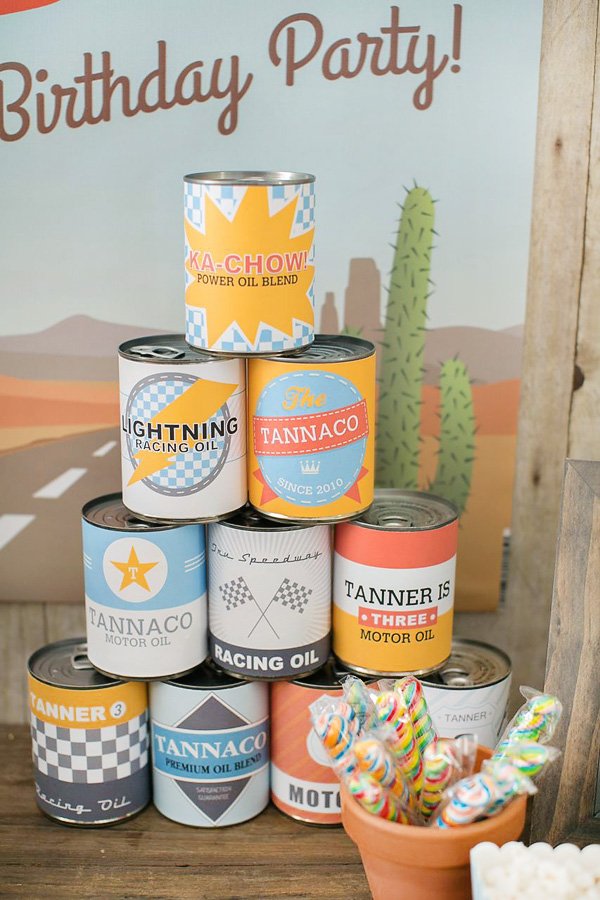 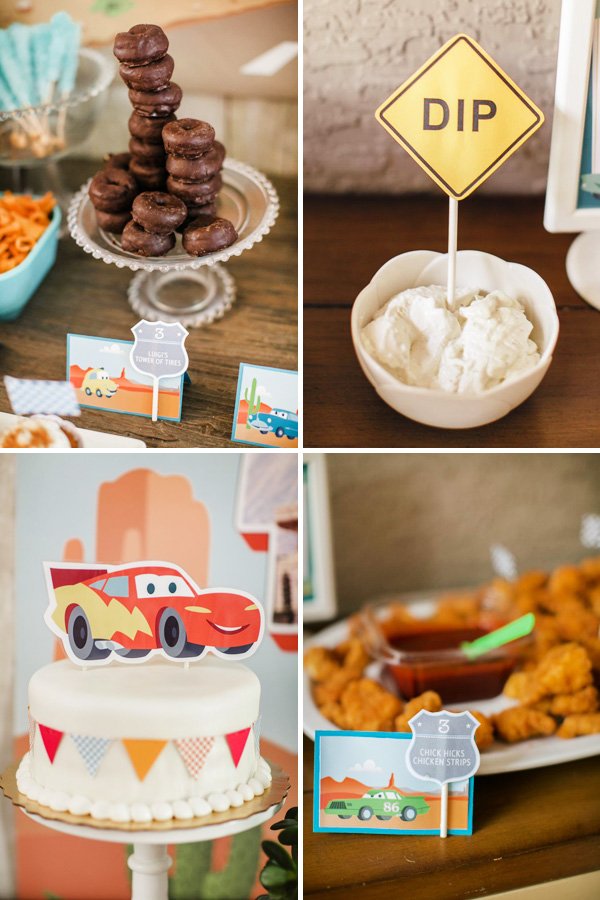 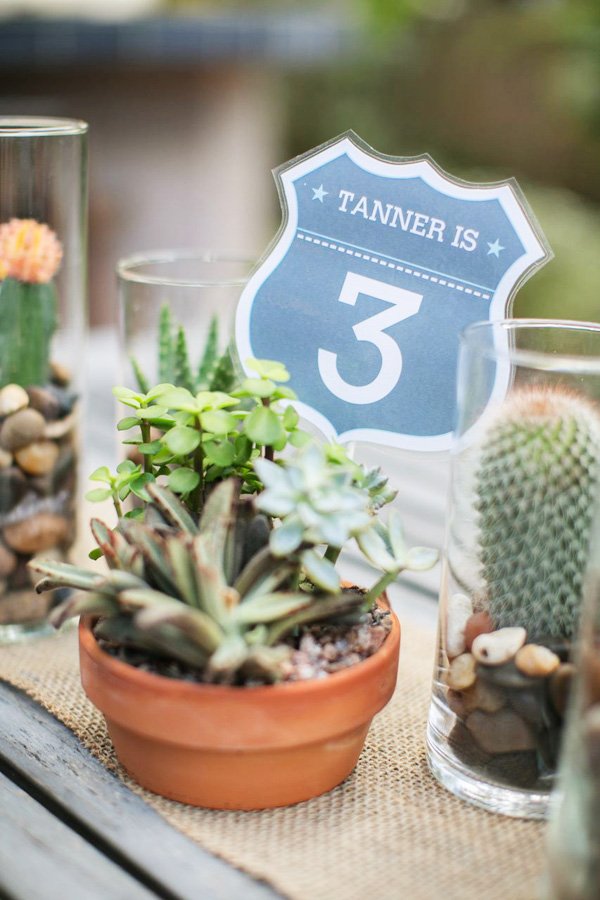 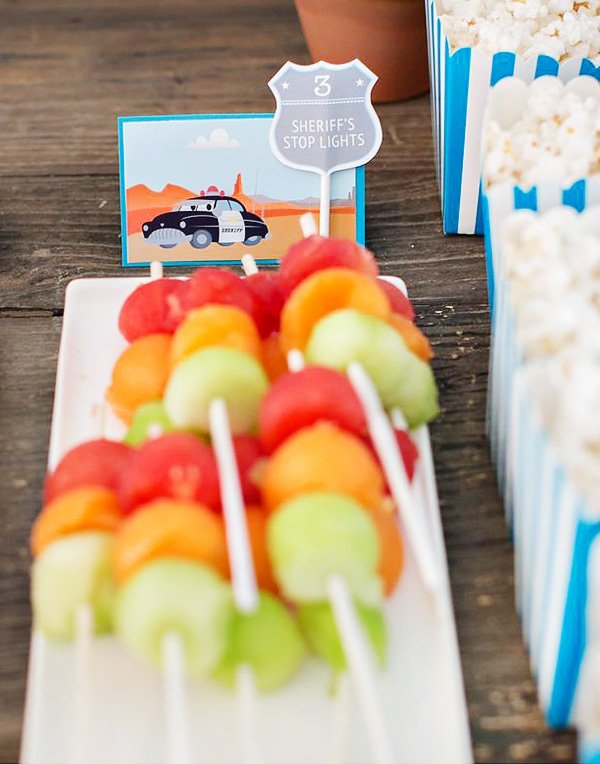 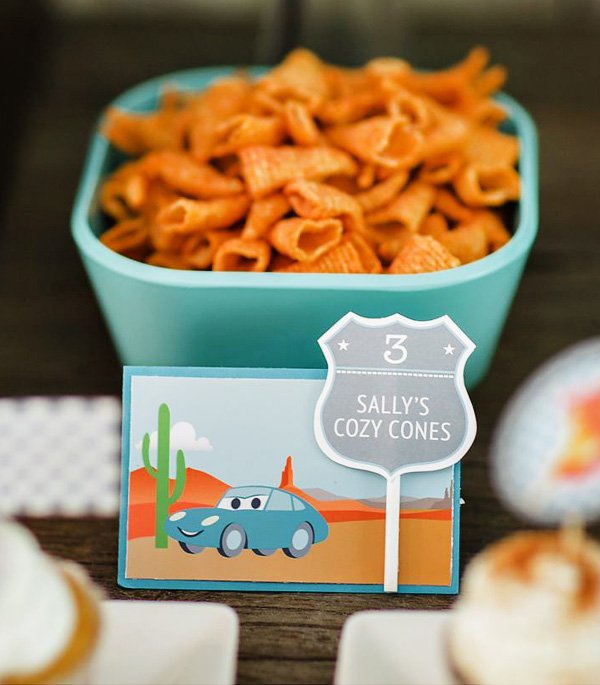 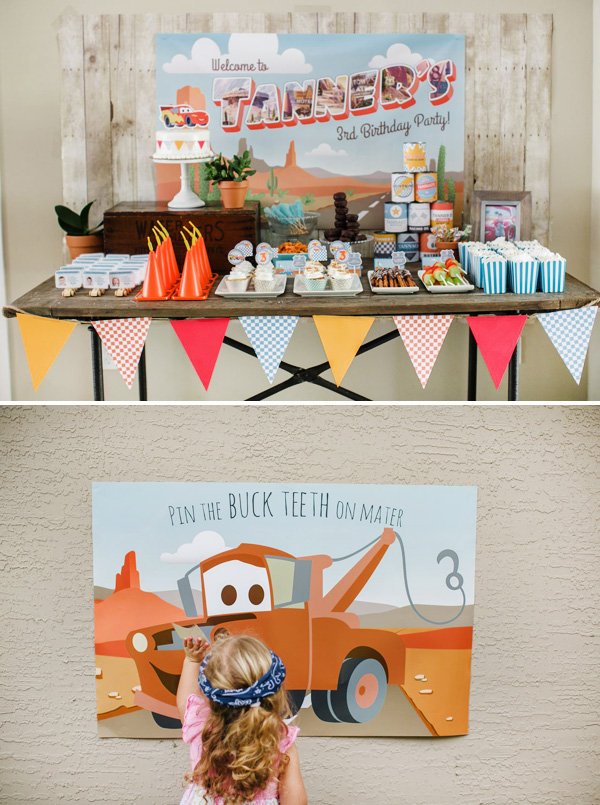 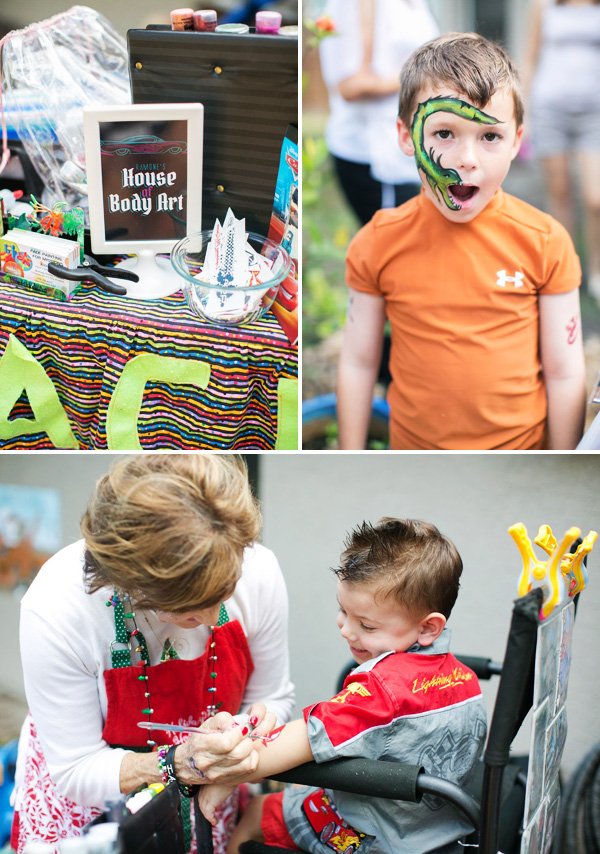 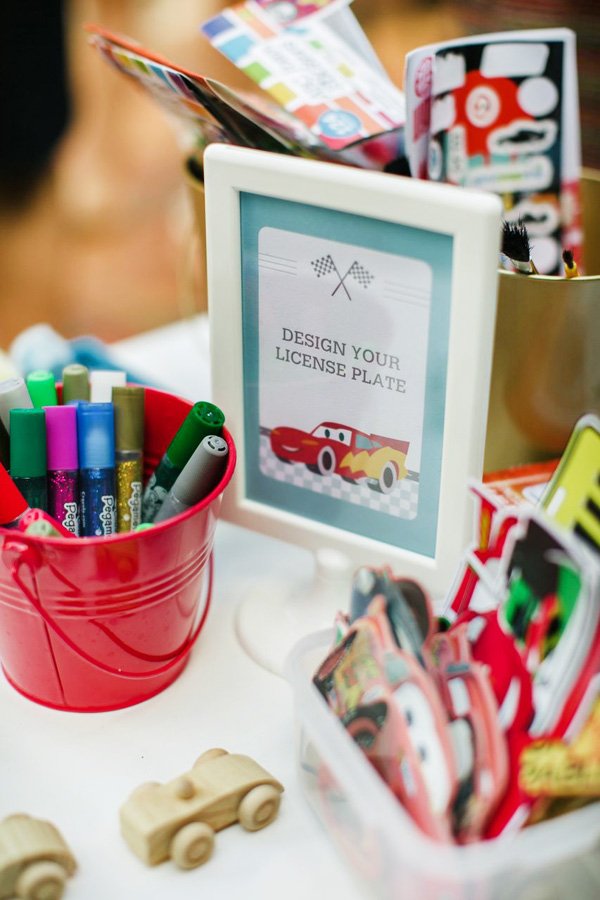 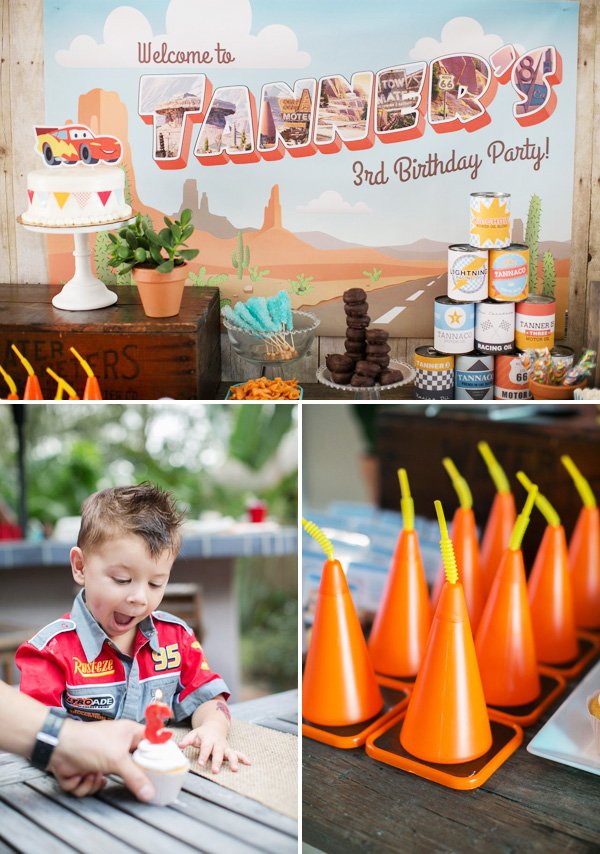 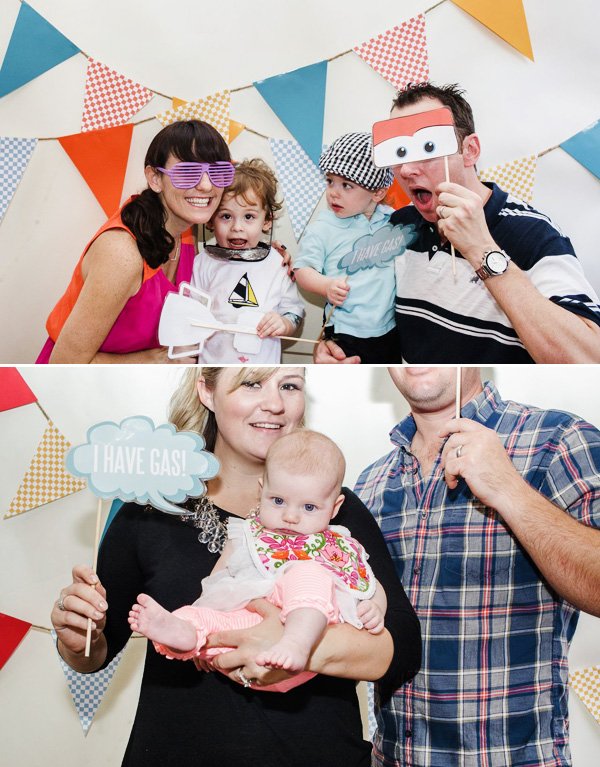 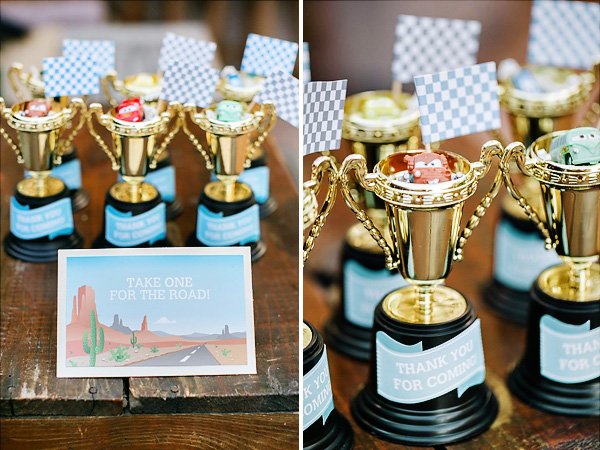 PARTY DETAILS as told by Chrissy…

For my son’s 3rd birthday we knew we had to go with a Lightning McQueen theme, his current cartoon role model. Rather than going with the race car theme, we decided to incorporate all of the characters and scenery of Radiator Springs and Route 66.

After watching the movie a million times, I noticed a vintage billboard as you entered the town that said “Welcome to Radiator Springs,” so I adapted something similar for the backdrop of the dessert table which set the scenery for the entire party.

We incorporated real cactus plants and other rustic elements to match the look and feel of the old fashion town. We also displayed food to match all of the characters like Sally’s cozy cones, Mater’s taters, Luigi’s tower of tires, and Sheriff’s stoplights. I also created some custom labels for some soup cans to look like old vintage oil cans that said different happy birthday messages for Tanner.

One of my favorite aspects of the party was the favors for the kids. We had little wooden cars that each held their own personal Radiator Springs driver’s license with their name and photo. They also received a trophy (Piston cup) with official Cars Pez dispensers and a little car.

For games, we had pin the buck teeth on mater, a McQueen piñata, large cardboard cars to race with, a craft table to make their own license tag, and everyone’s favorite, face painting at Ramone’s house of body art. We also had a photo booth, which I printed the images from and included in everyone’s thank you cards.

My favorite moment was when we brought out the cupcake with a candle for him to blow out. His jaw literally dropped.