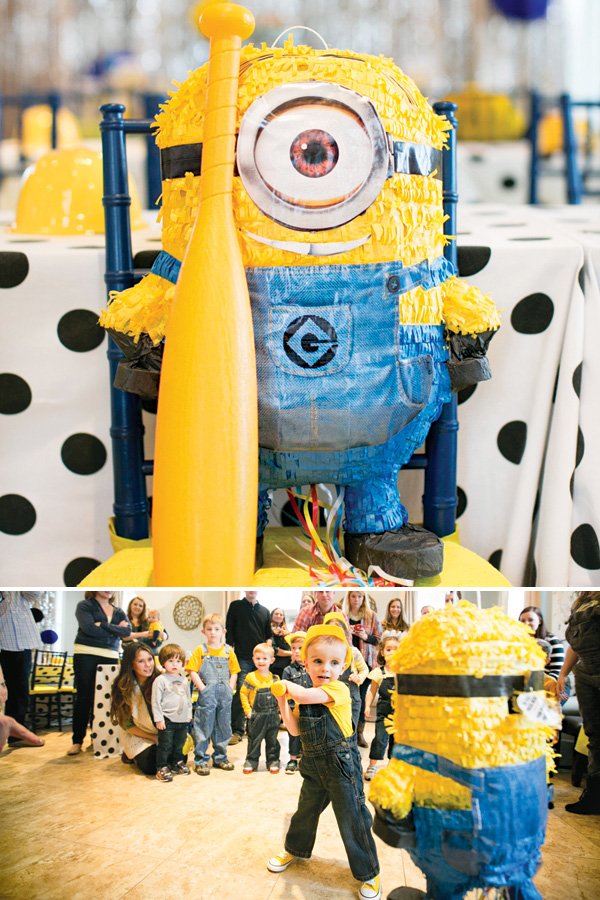 Attention all Minions! Laura Ritchie of Events in the City is teaching everyone how to go bananas at this Minion Academy Third Birthday Party! Laura always comes up with the most unique themes, so when her son asked for a Minion party, leave it to her to get totally creative and make some seriously cute stuff… like those Twinkie Minion cupcakes for starters! We’ve really watched Ethan grow up on HWTM — check out his baby shower and second birthday party too. My how time flies… looking forward to #4! ;) 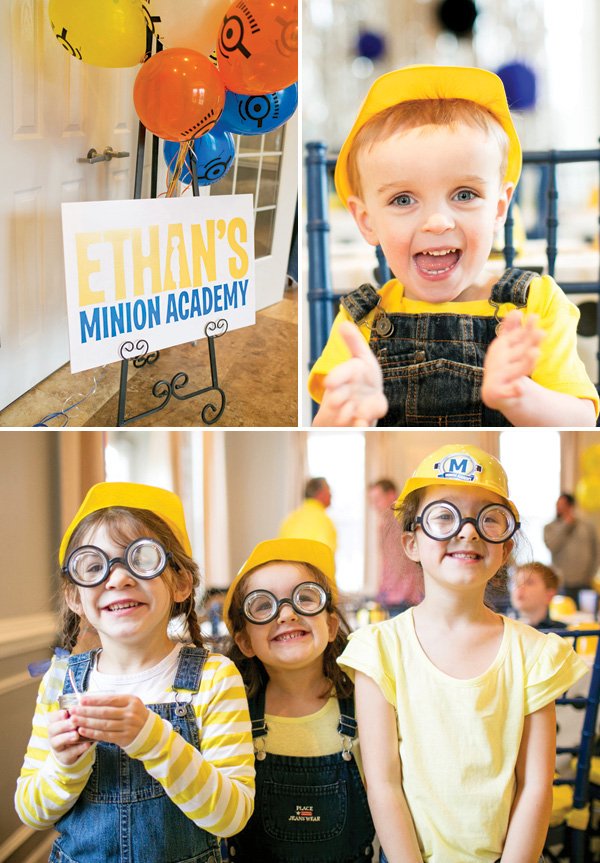 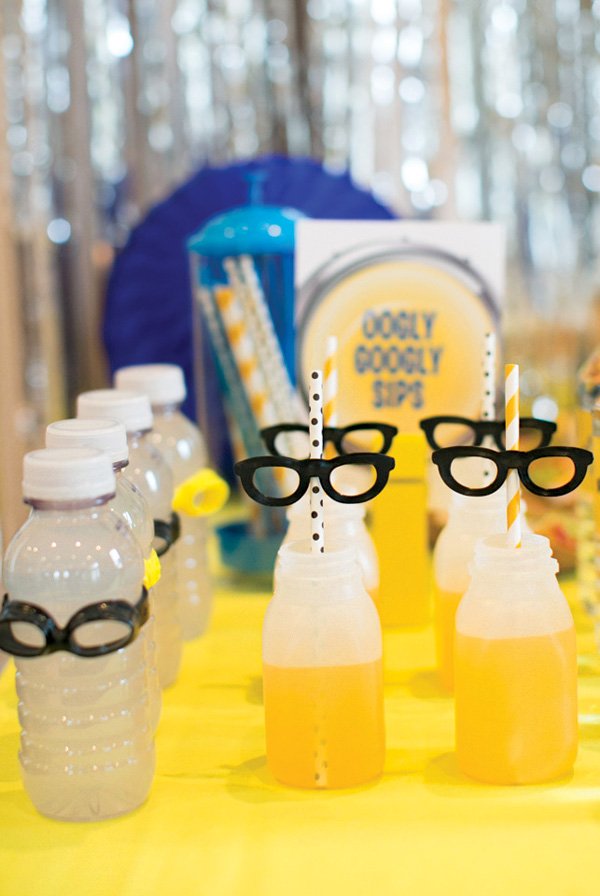 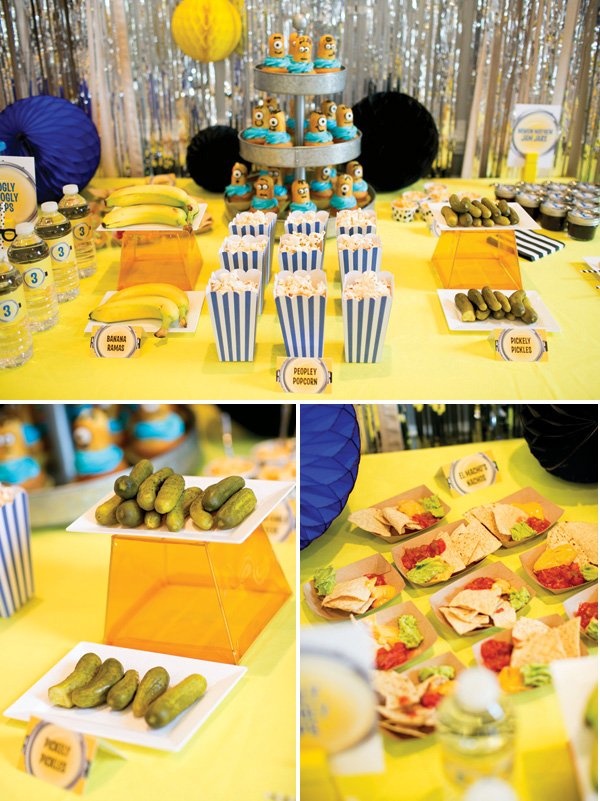 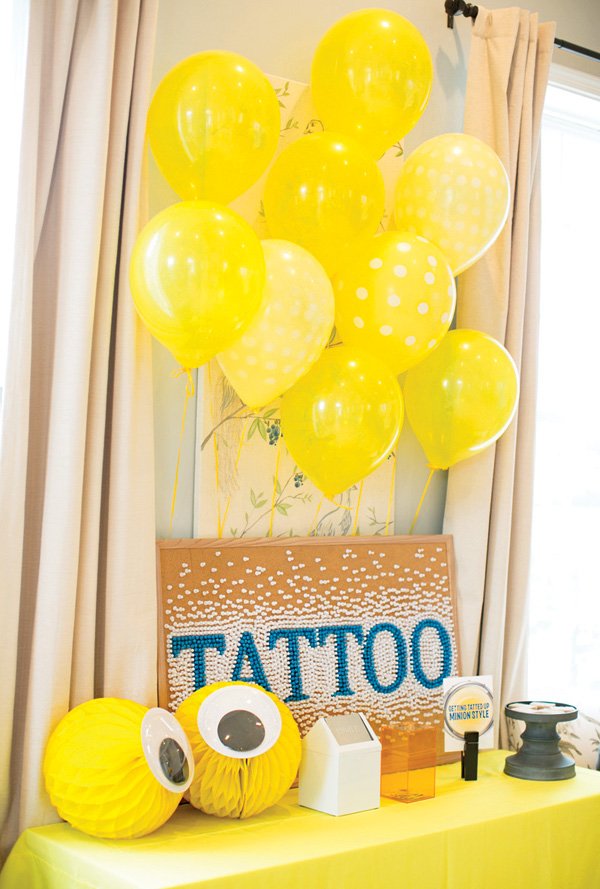 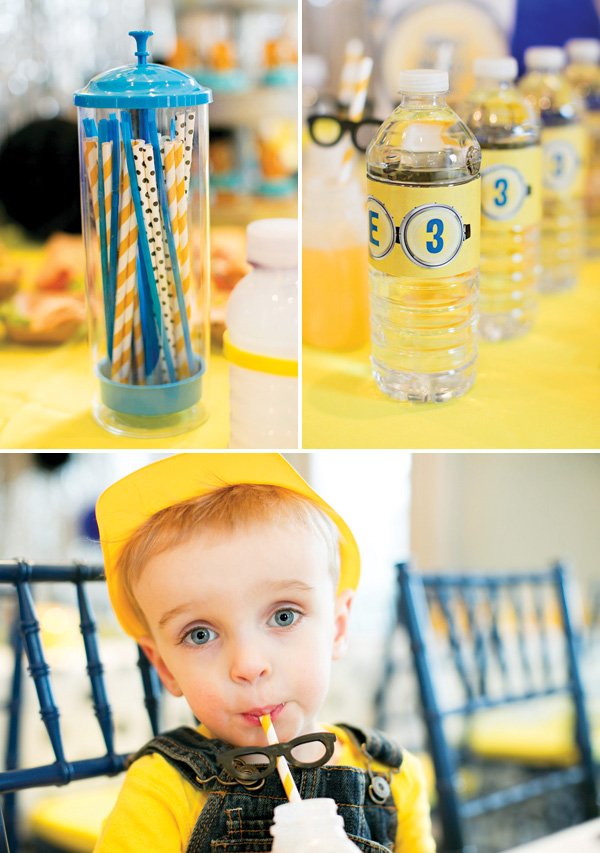 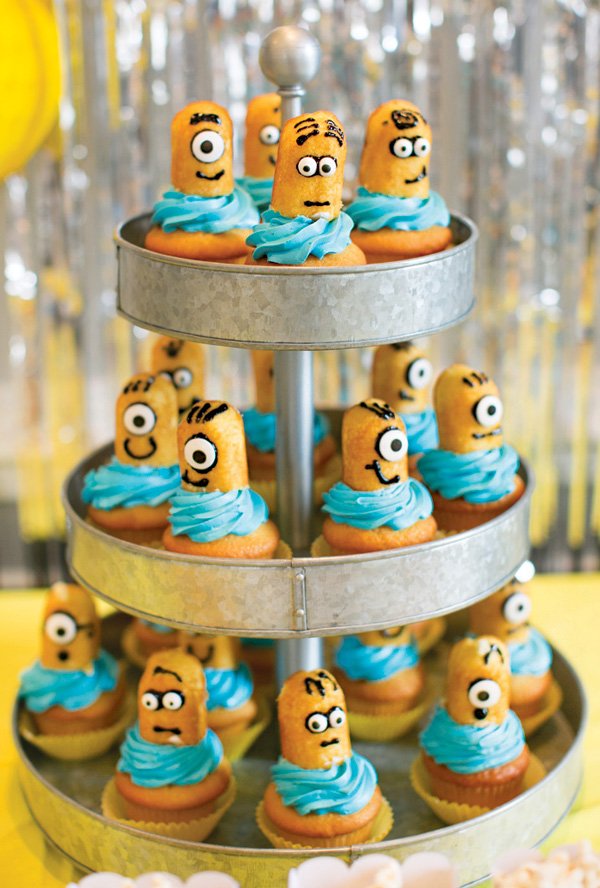 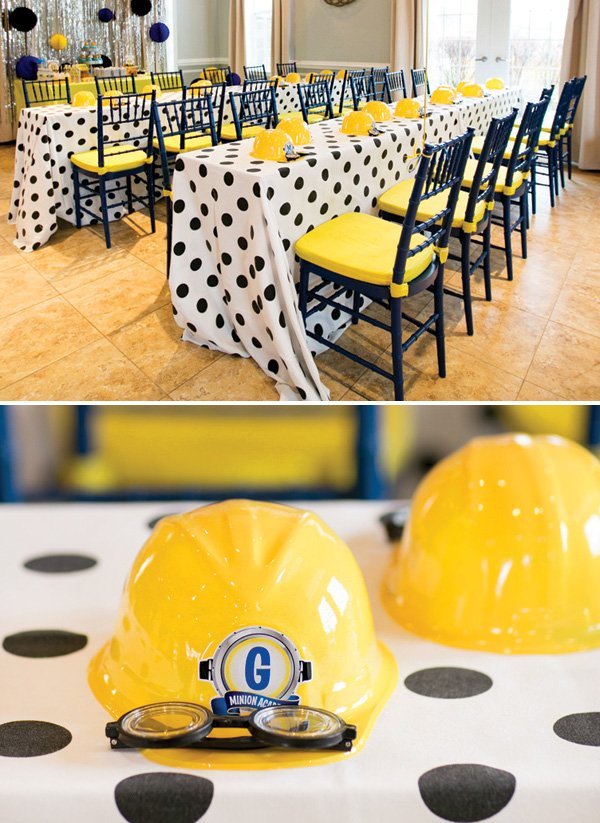 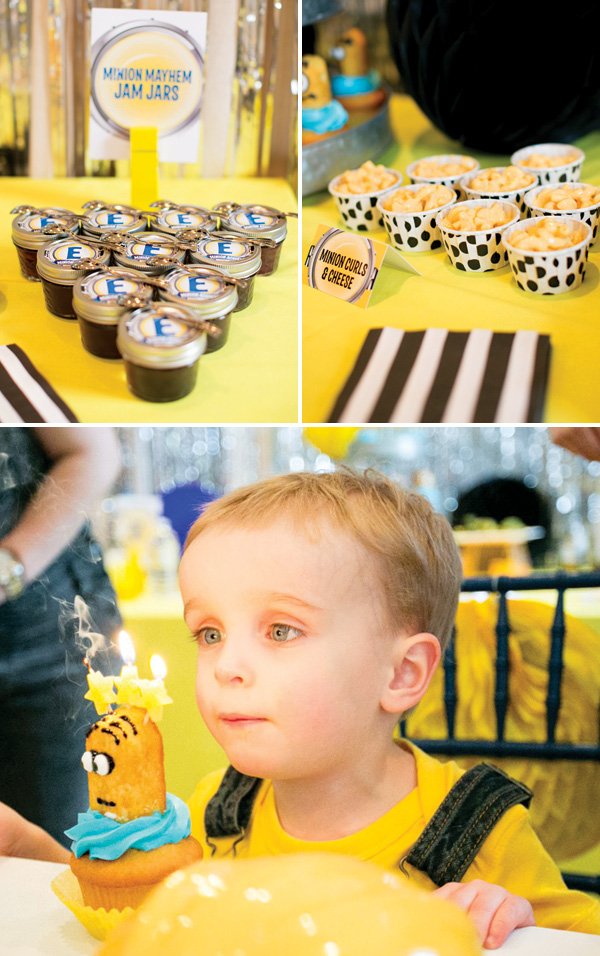 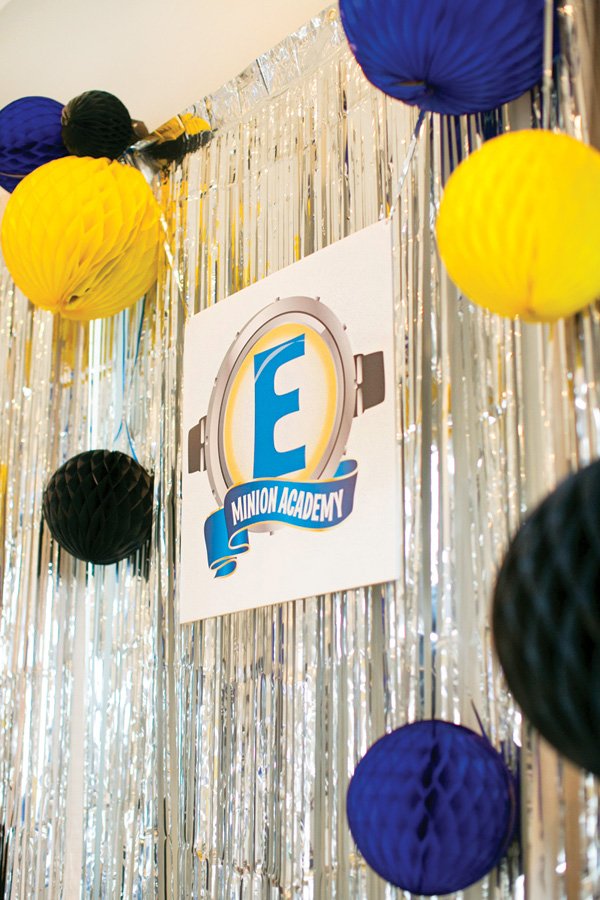 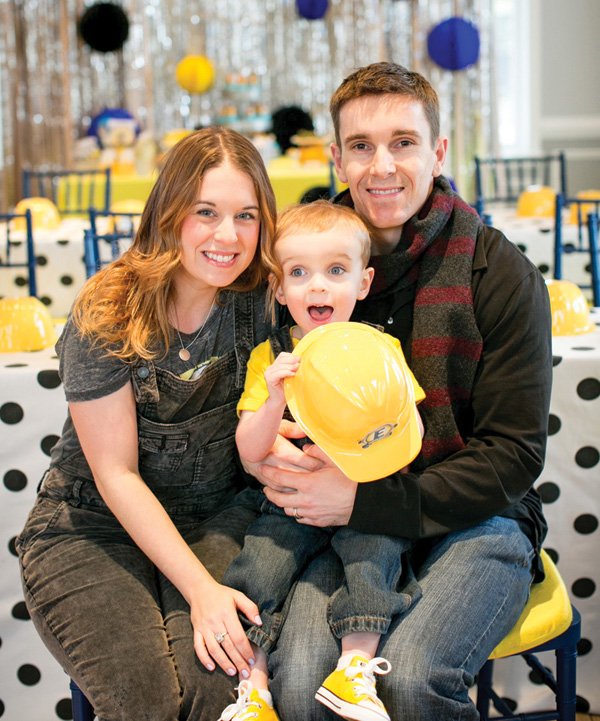 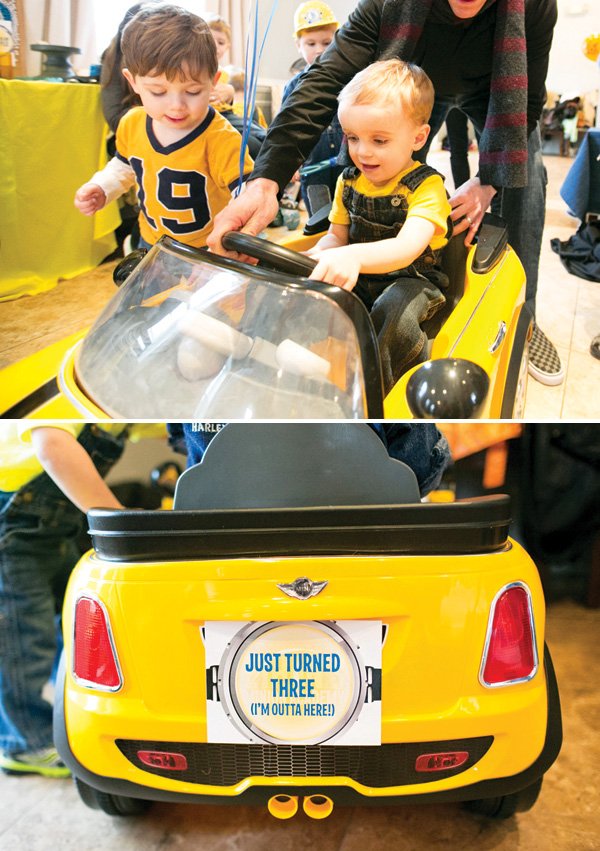 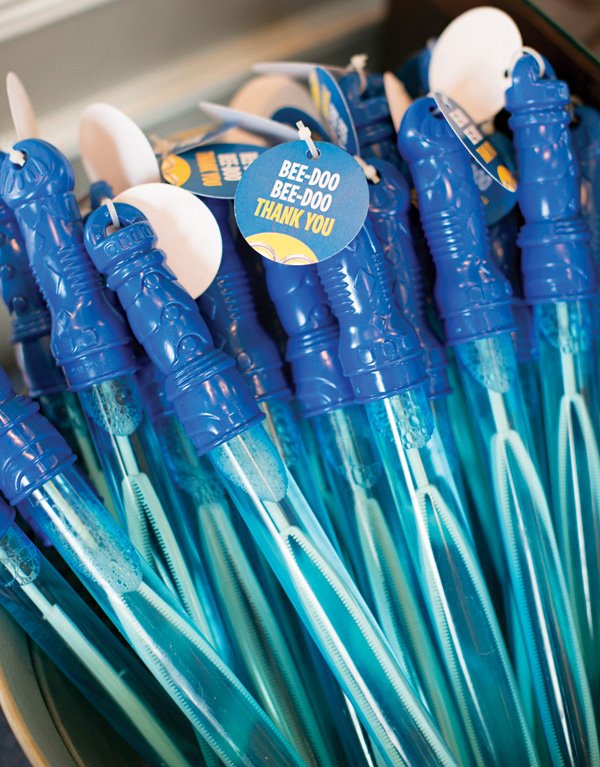 PARTY DETAILS as told by Laura…

This is a proud submission for me as this will be Ethan’s third party now featured on HWTM! His baby shower and second birthday were both shared with this awesome community and now here comes number THREE!

As most kids do, Ethan gets very into movies and at the time of his party, Despicable Me 2 was his absolute favorite. We rented out our neighborhood clubhouse and set up a Minion Academy! We invited all of his friends to also dress in uniform for the event — yellow shirts and overalls of course.

We had our little minions get tatted up at the tattoo parlor, hit “Kevin” the minion piñata and dance several times to Ethan’s favorite song, “Happy” by Pharrel. All the kids were equipped with their Minion Goggles (which were actually nerd glasses from Amazon) and yellow construction hats with their initials on them!

It was such a joy to create this fun atmosphere, we used the colors of the minions’ outfits as inspiration. Bright yellow, cobalt blue, white & black with lots of fun patterns mixed in. We created the backdrop from long streamers from Party City and honeycomb balls from Shop Sweet LuLu. The food itself was inspired from the movie in some parts, mainly the purple jello & El Macho’s Nachos were a nod to what actually occurred in the film. Otherwise I decided to just do snacks for the kids with all of Ethan’s favorite things — pickles, popcorn and mac & cheese!

I handmade the minion cupcakes, which was so easy! I ordered cupcakes from Wegmans, cut Twinkies in half and shoved them into the icing. Then decorated them with sugar googly eyes and black icing. It was really easy and had great impact!

The biggest hit of the event was gifting Ethan with his big present….a yellow mini cooper! Perfect for any minion! :)