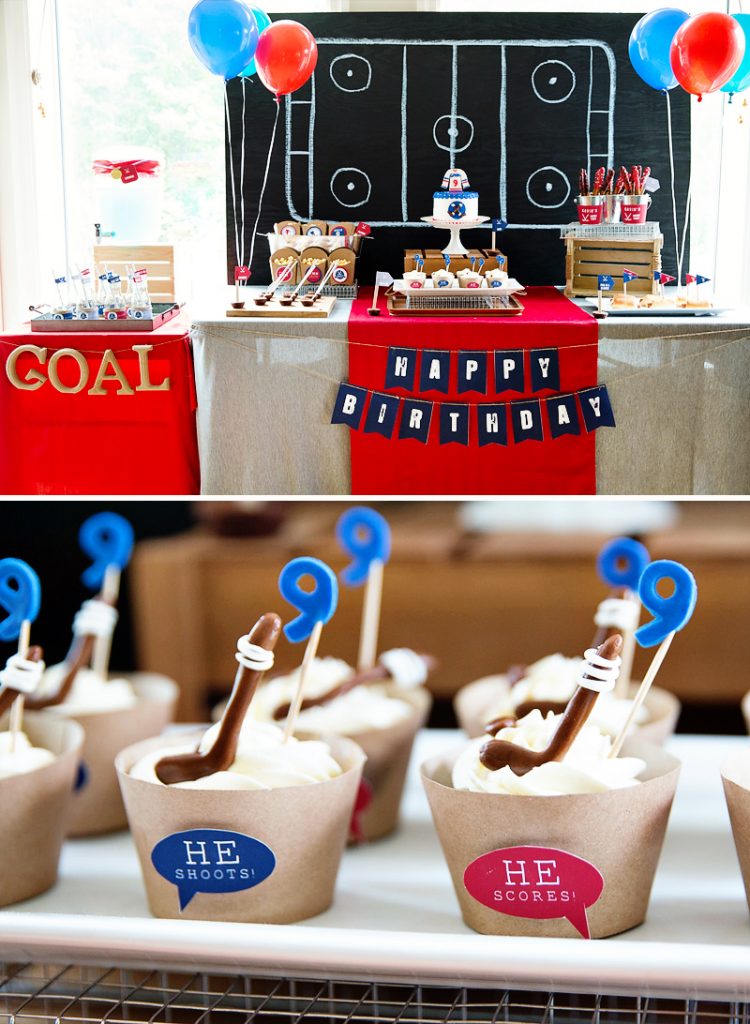 GOAL! Amy Liu Bissett of A Dazzle Day threw a {Montreal Canadiens Inspired} Hockey Party for her son Gavin’s 9th birthday that totally scored! Influenced by daddy, Gavin’s favorite team is the Montreal Canadiens, so Amy used the team colors, hockey gear influences, and lots of great food to put together a “breakaway” day! As always, her stylish DIY projects are also refreshingly simple – not to mention perfectly complimented by the awesome printables from Tania’s Design Studio – so skate on through to see every stellar detail… 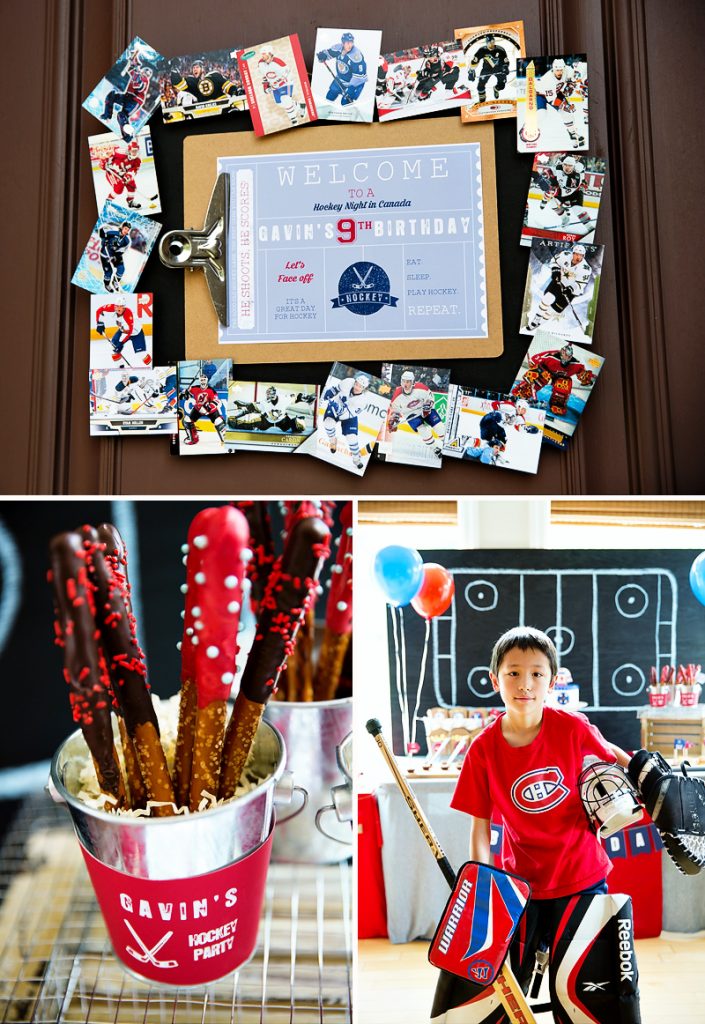 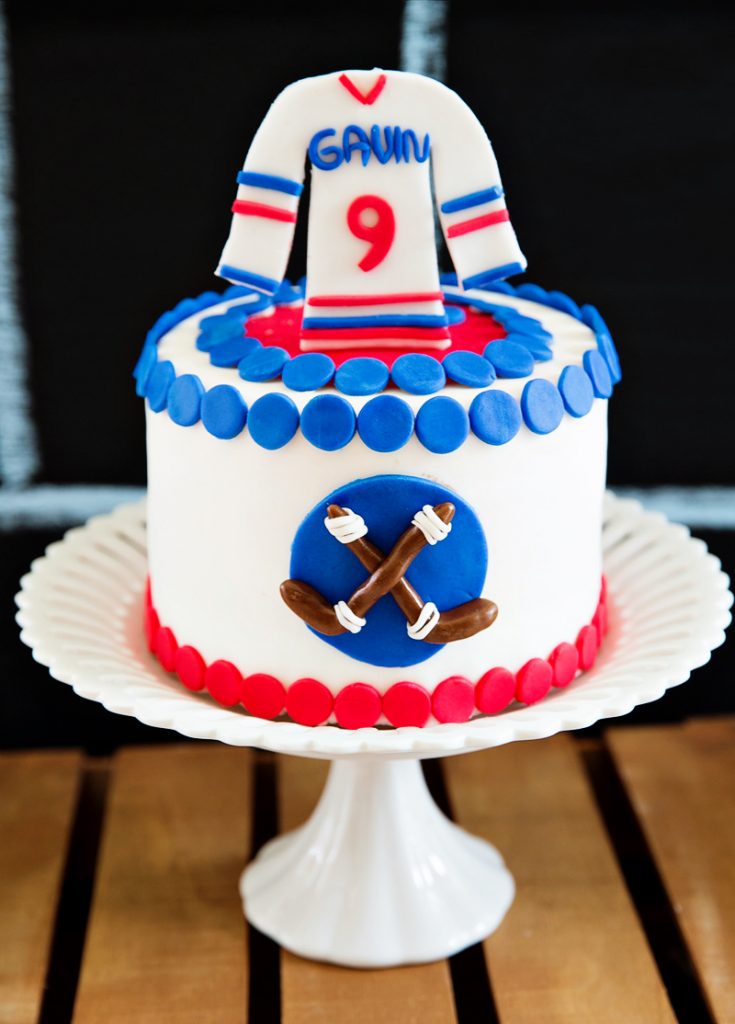 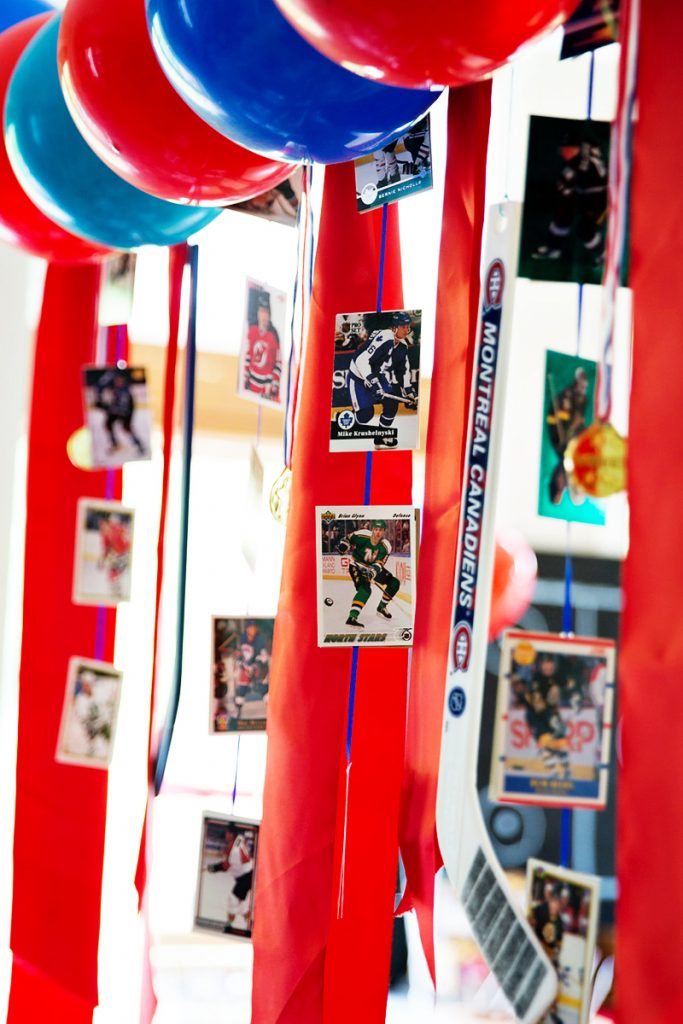 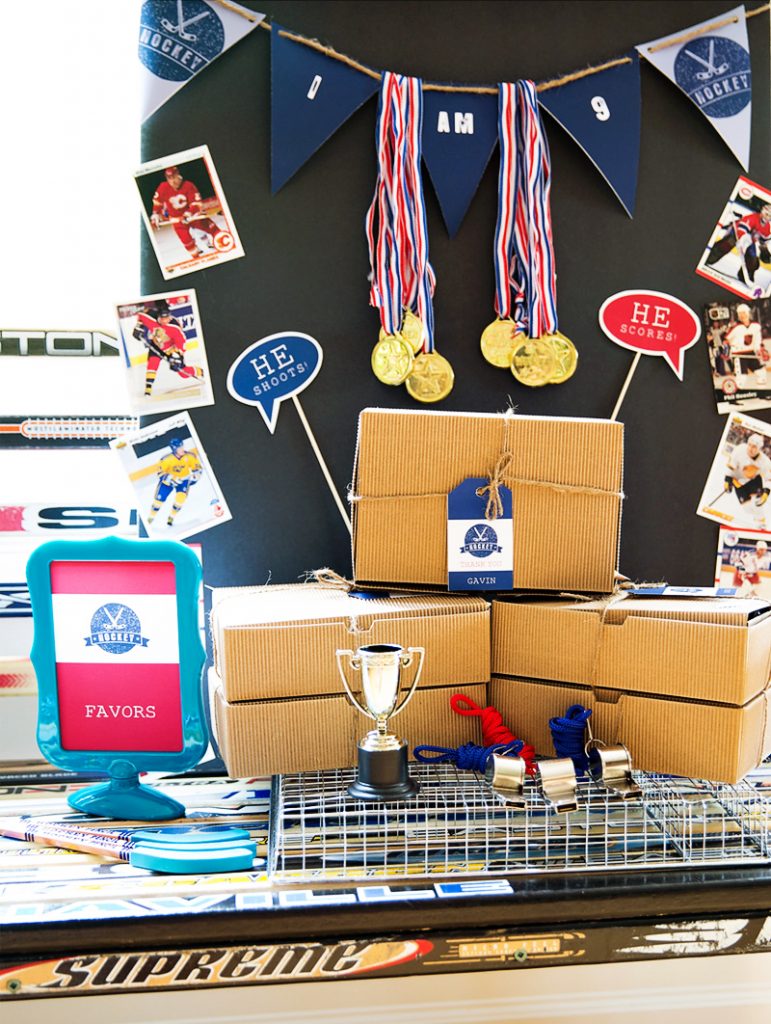 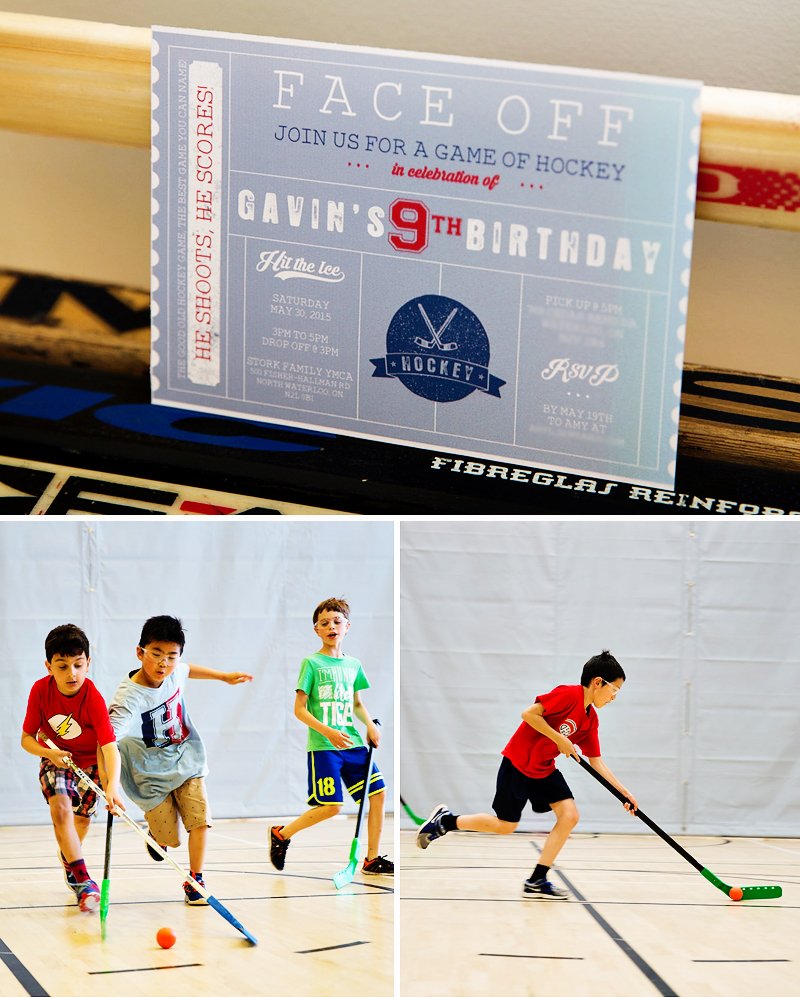 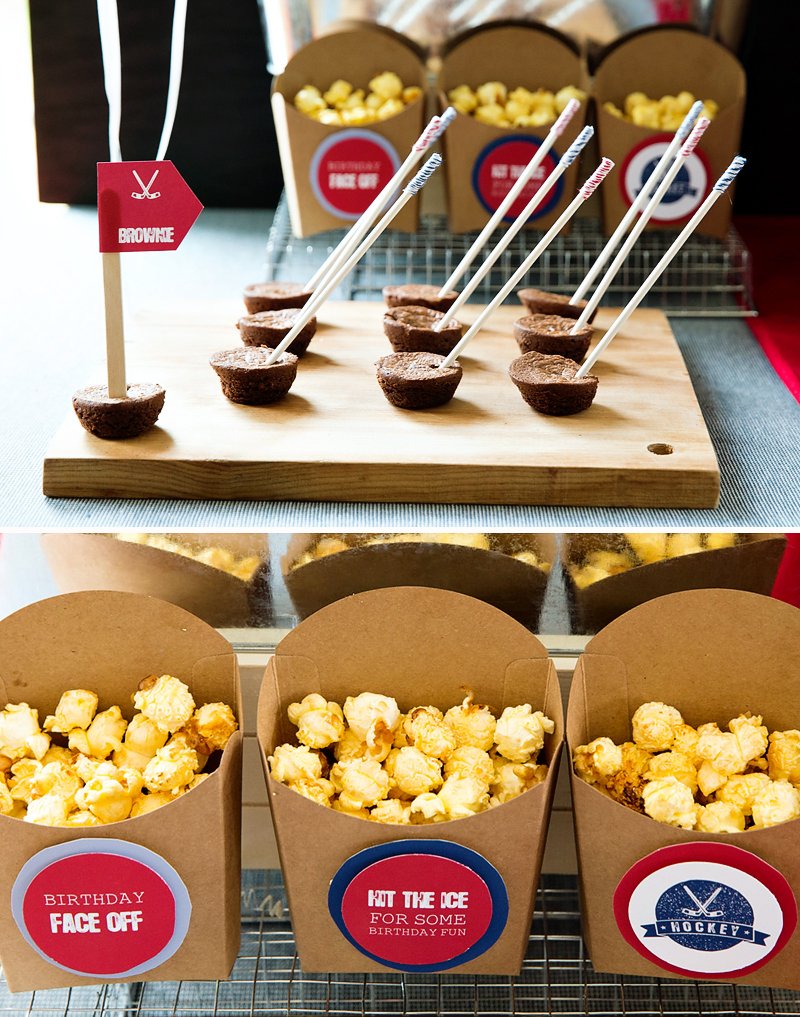 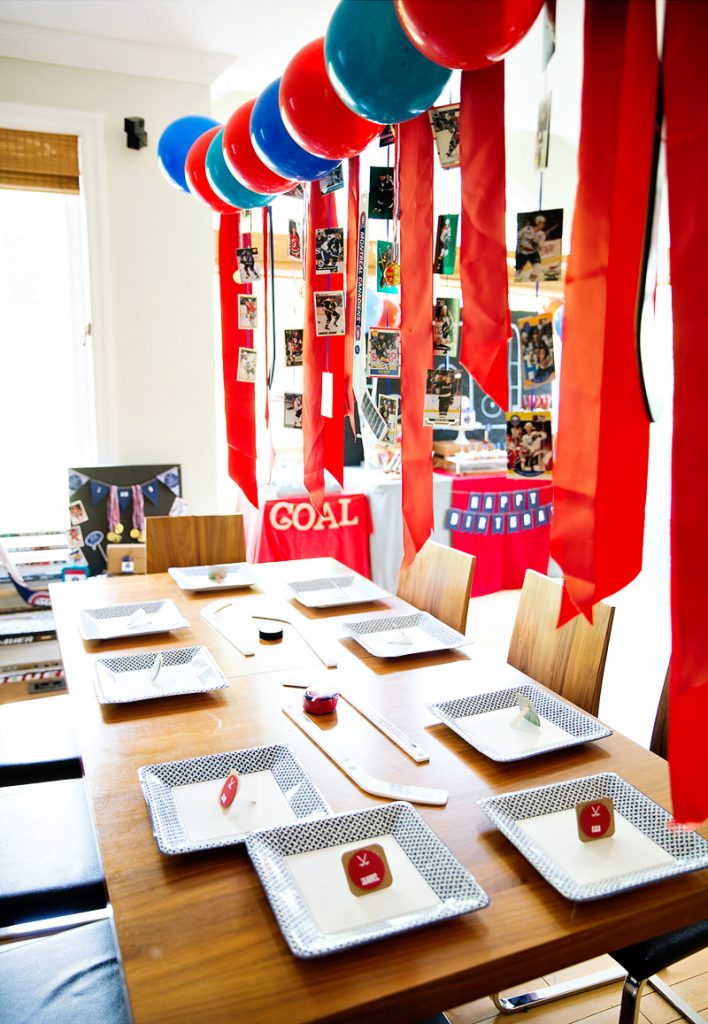 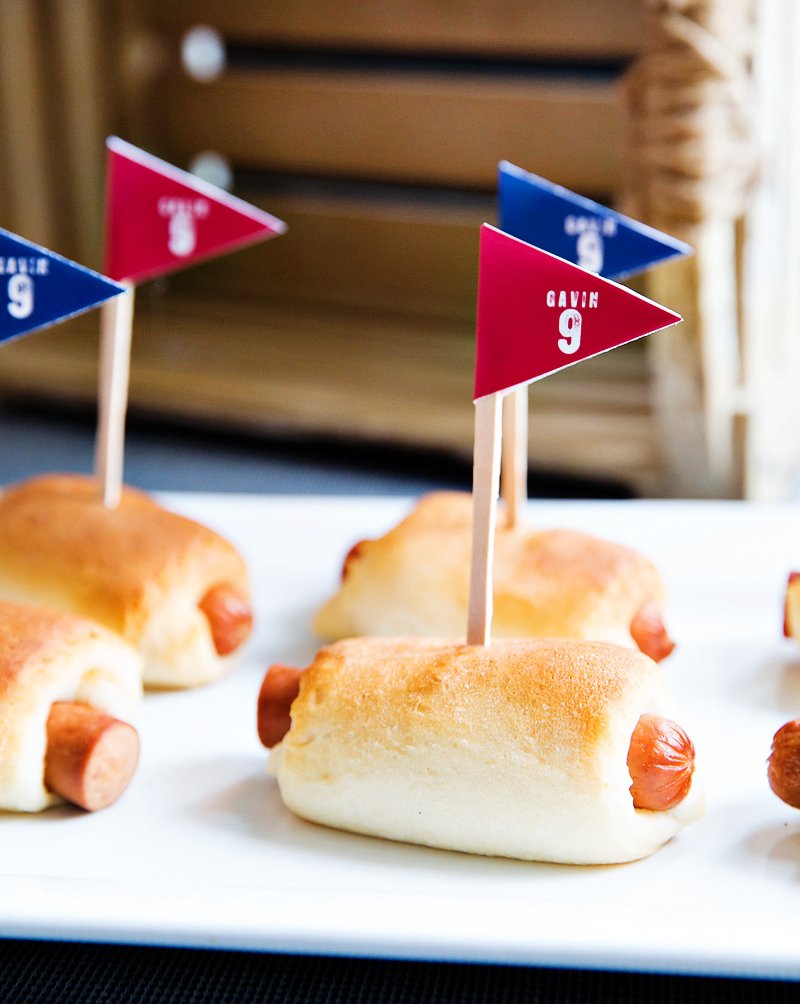 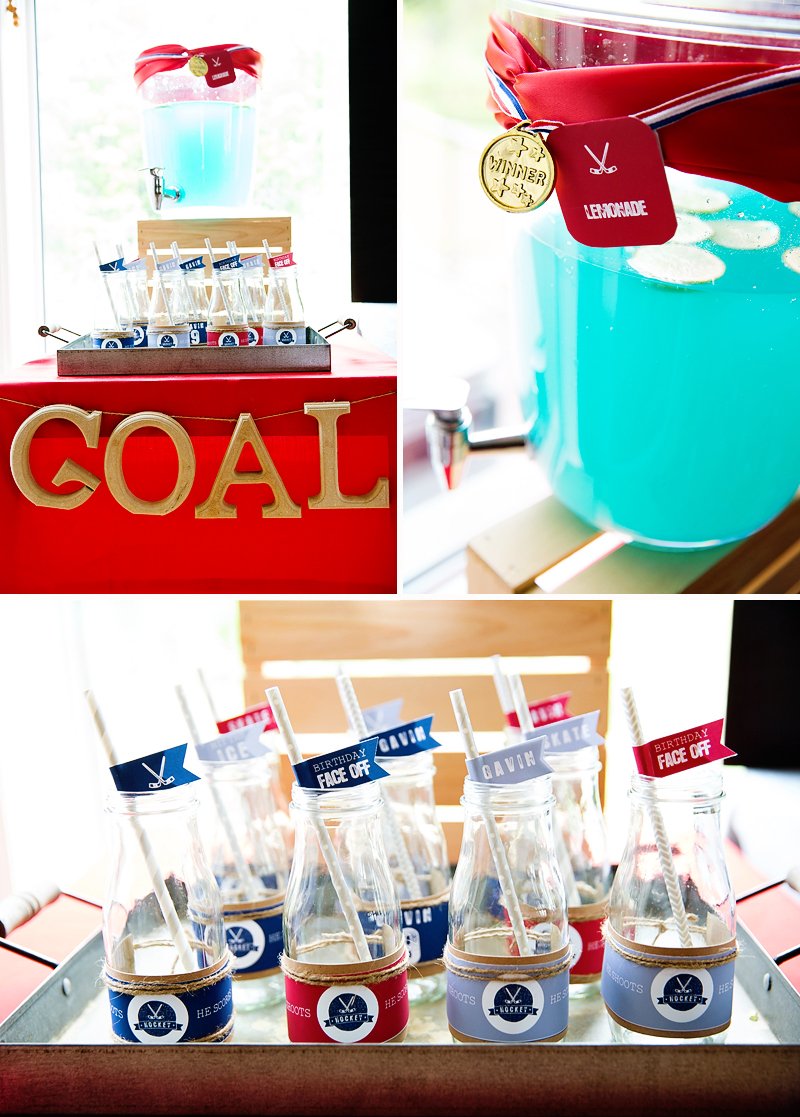 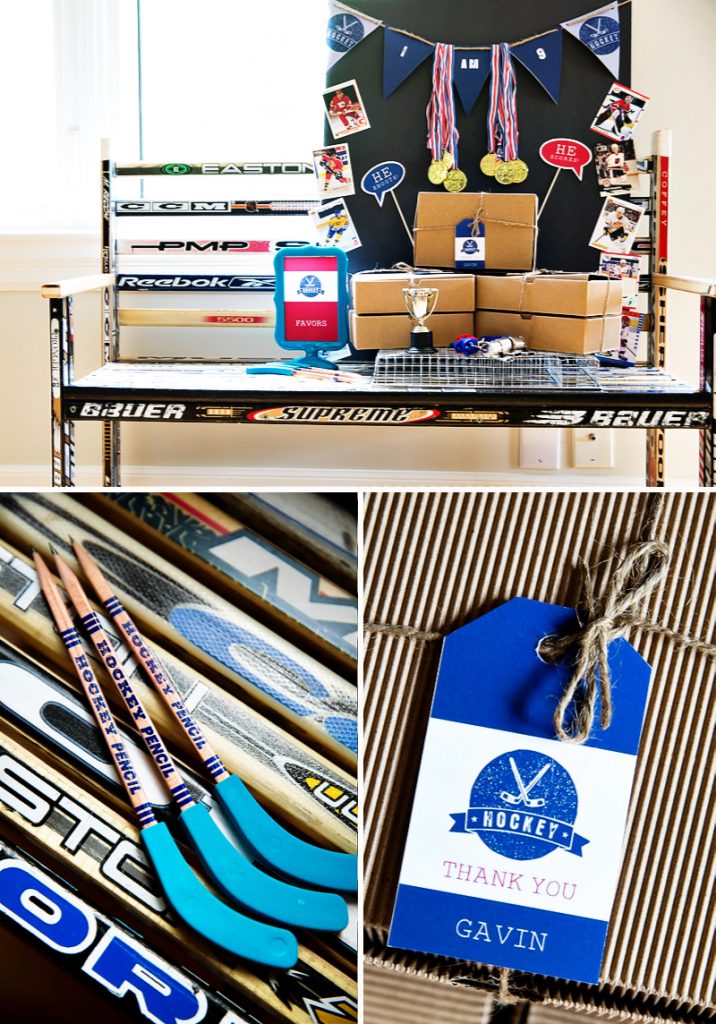 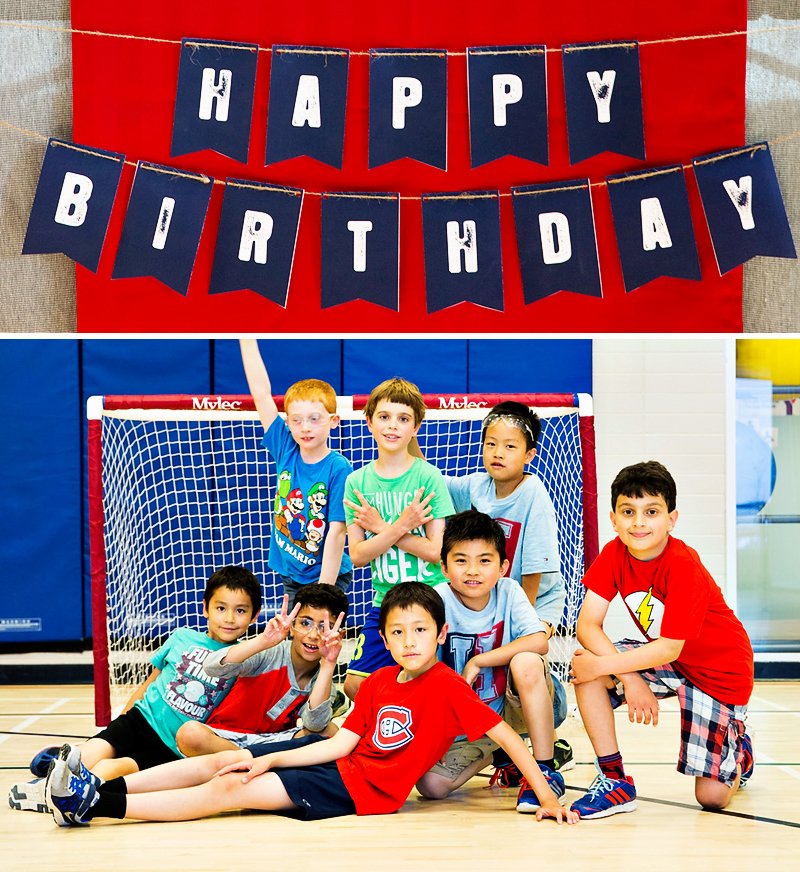 Everyone had so much fun! This is the perfect birthday party theme for bigger boys. You get to play hockey for an hour with your friends and then enjoy yummy treats after the game. What’s not to like? Influenced by daddy, Gavin’s favorite team is Montreal Canadiens so I’ve used blue and red as the main party colors. I especially love my idea of drawing a hockey field on a chalkboard as the backdrop – simple and easy but looks nice!

Tania has once again created the ideal party printable per my request. She is awesome! Check out her Etsy shop!

For the favor box, I gathered up a few hockey related items for the kids. I love the hockey pencil and the little gold medal!