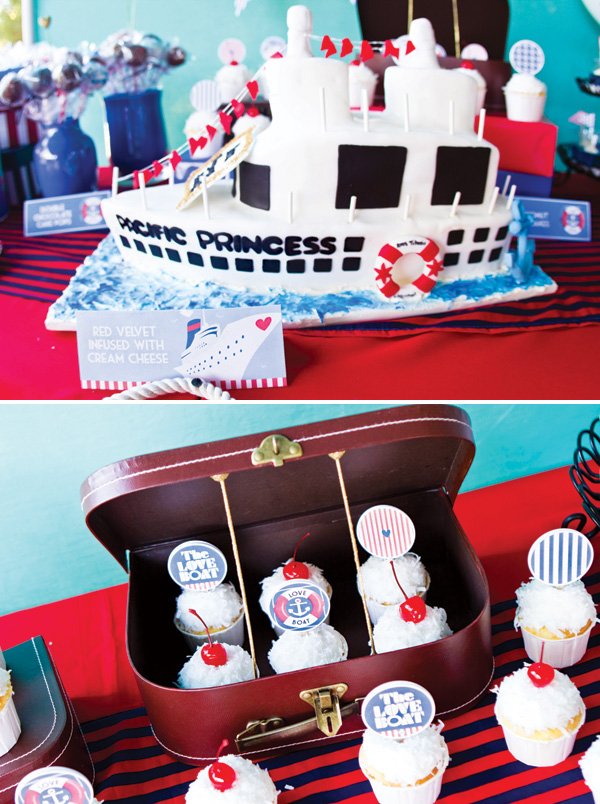 Kenna O’Brien of Miss Party Mom does it again with this Nautical “Love Boat” Bon Voyage Going Away Party! I love how this party ties in the guest of honor’s favorite TV show (The Love Boat) with a Bon Voyage theme — so clever! Kenna went above and beyond to make sure the guests felt like they were stepping on board the Pacific Princess cruise liner, including creating casino and lido deck areas, putting all the staff in costume and even watching the show’s old episodes for inspiration! Now that’s dedication! 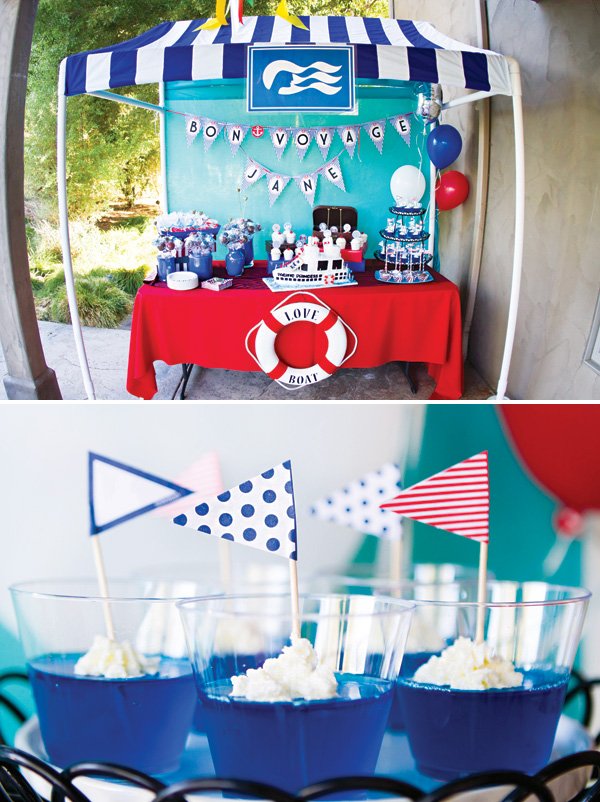 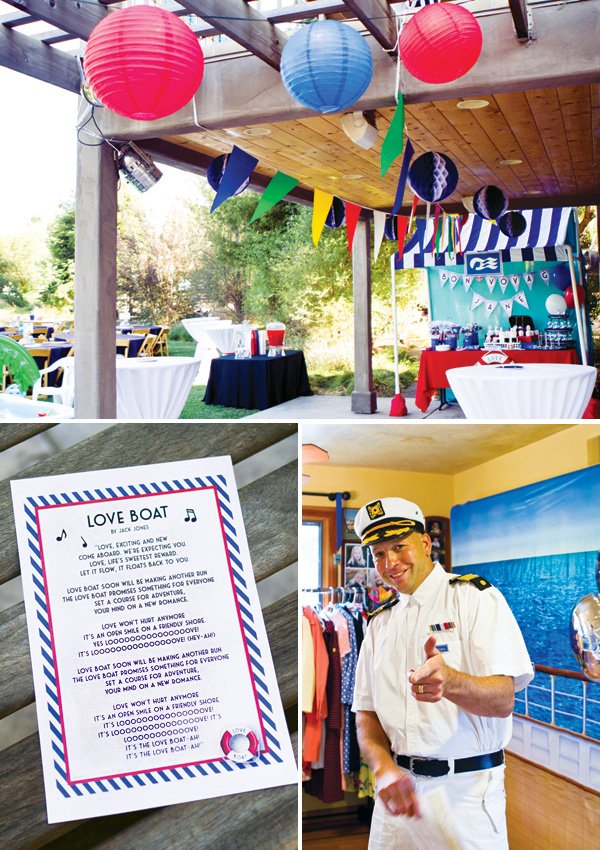 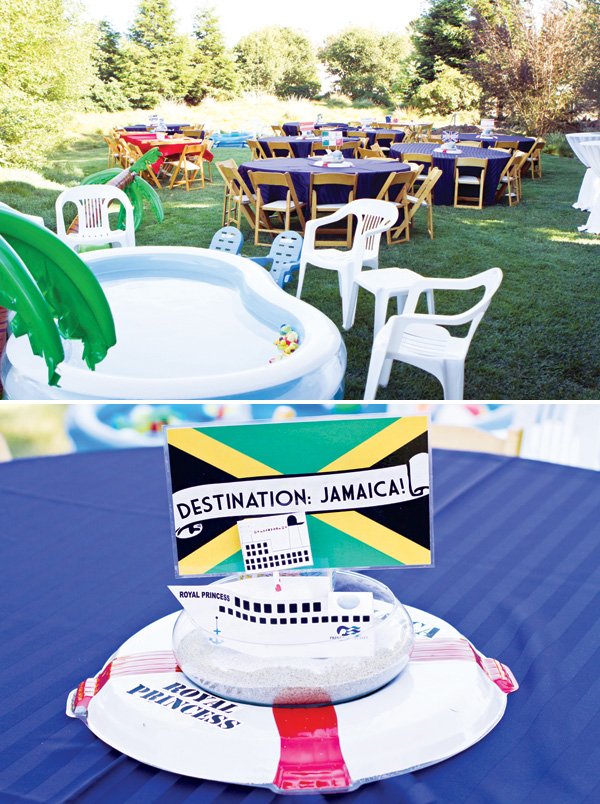 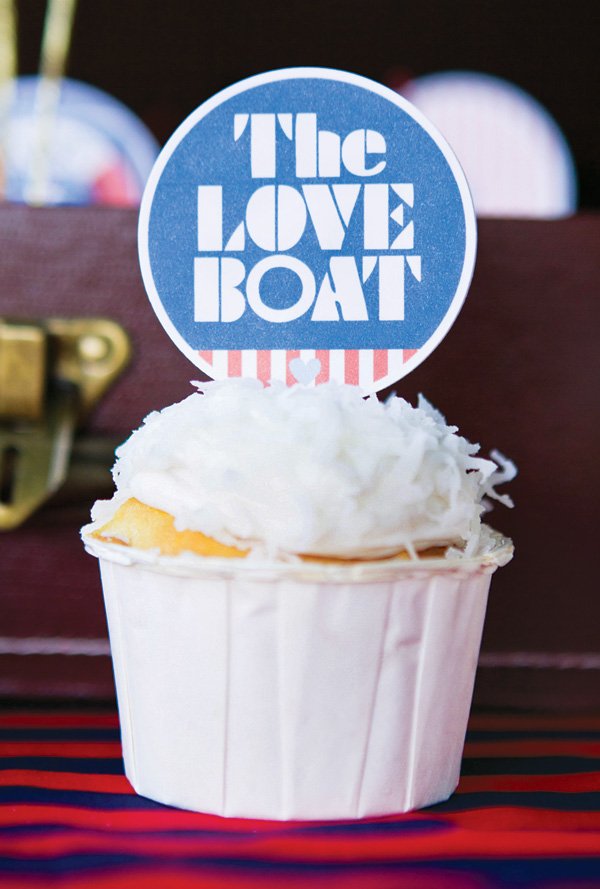 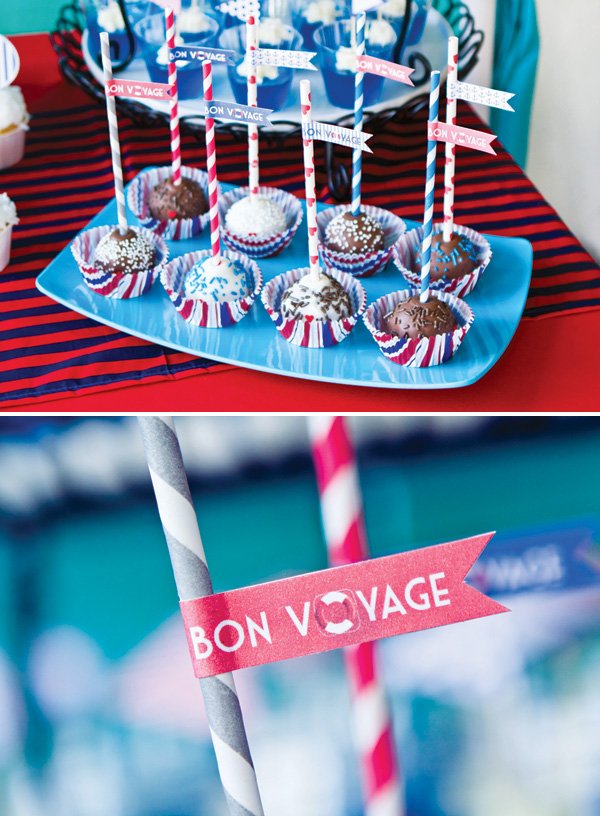 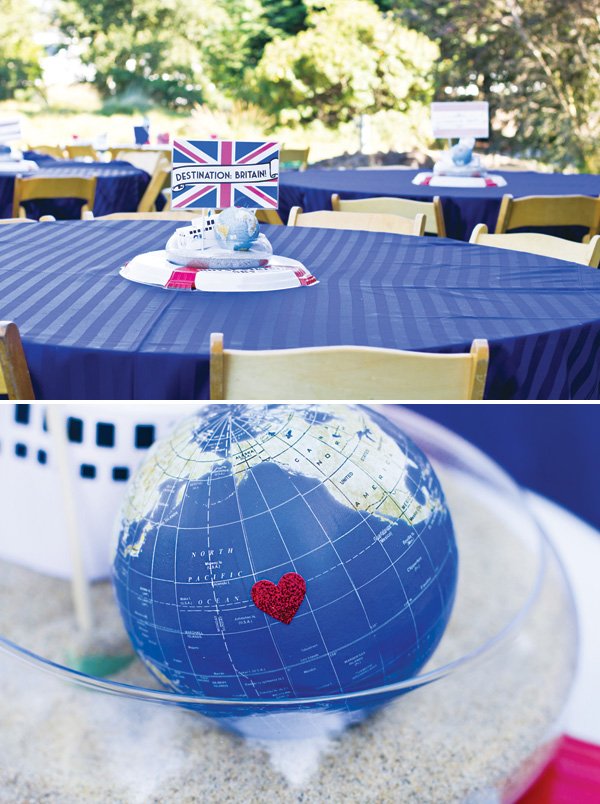 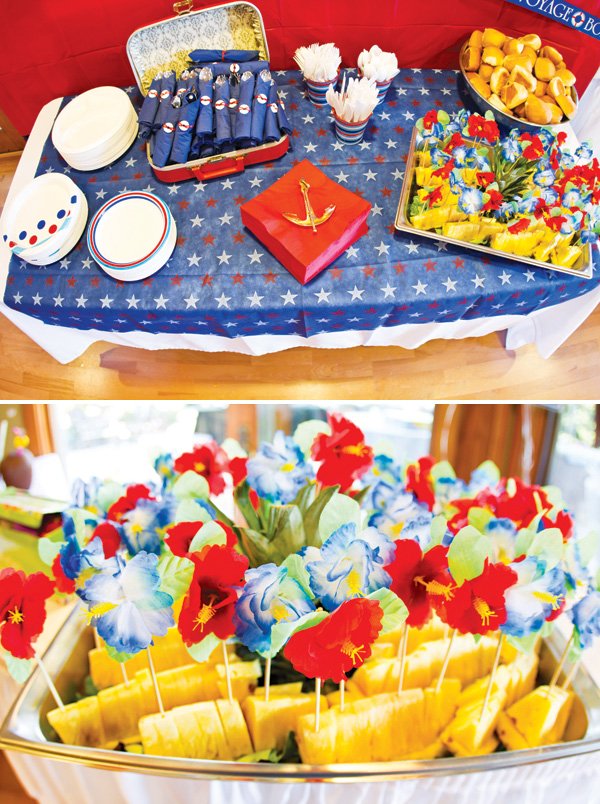 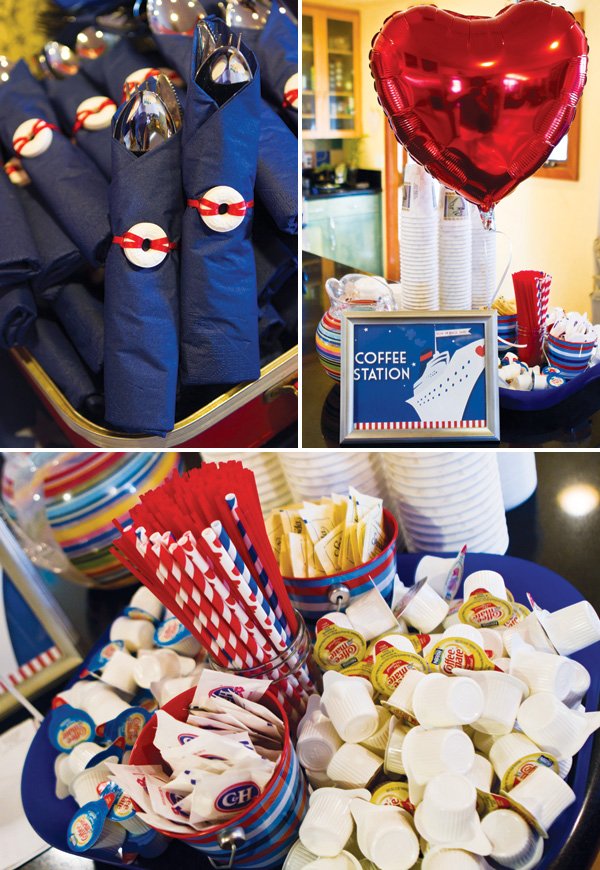 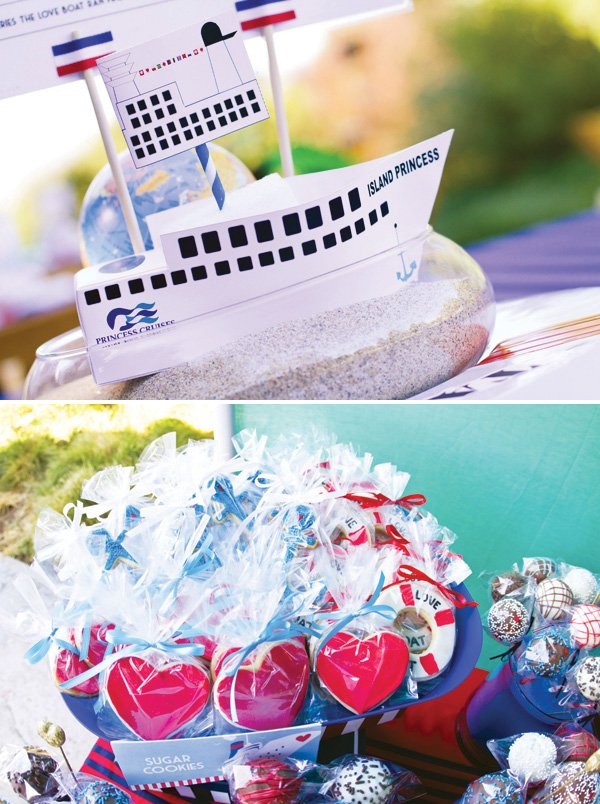 PARTY DETAILS as told by Kenna…
:

Last Summer I was contacted by my husband’s cousin, Daisy, and her husband Scott, who happen to live just 40 minutes up the coast from us in San Luis Obispo. They were looking to throw a “Love Boat” Bon Voyage Going Away Party for the pastor of their church who was moving down South. Pastor Jane’s all time favorite TV show was “The Love Boat” and they were ready to party Love Boat style! I truly knew nothing about the show (other than that it had some awesome 80’s dress up opportunities) so I hopped on Amazon and ordered a box set of DVD’s and got to work. With Hannah from Hannah’s Cookies and Treats at my side (queen of random trivia) we put together a fantastic event that even WE had a great time at!

This was my 4th paid party and it’s been the biggest budget I’ve worked with by far. I was new to the business and learned A TON about throwing a big party (130 people) like arranging a caterer, DJ, cake decorator, rental company and coordinating and paying a 10-person staff to help with set up and manning the event. Oh and that little thing called budgeting. It was nothing short of a wedding, without the bride and groom!

We wanted to incorporate two themes into the party since their were two ideas we were trying to hit on: “The Love Boat” and “Bon Voyage Jane!”

With the Love Boat theme we wanted to touch on a lot of the shows elements like the Princess Cruise Ship where the show took place. I wanted to give the guests the feeling of actually being on a Princess Cruise the minute they entered the backyard. In order to do this, we researched cruise ships and came up with the following “must-haves” for the night: cruise itinerary, cruise destinations, Love Boat character costumes, dinner & dessert buffet, pools, casino, “deck” photo op, shuffleboard, lido deck, open bar, great music, babysitters for the kids so the adults could let loose and of course a “uniformed” staff to make the theme complete!

For the “Bon Voyage” aspect I focused on a scrapbook station (one for the adults and one for the kids) as well as a letter-writing area where church members could let Jane know how special she’d been to them. The photo station was set up to take two sets of the same “photo booth” style photos so that guests could keep one for themselves and put one in the scrapbook!

Pastor Jane had a great time and the guests had so much fun some of them even facebooked me to let me know!