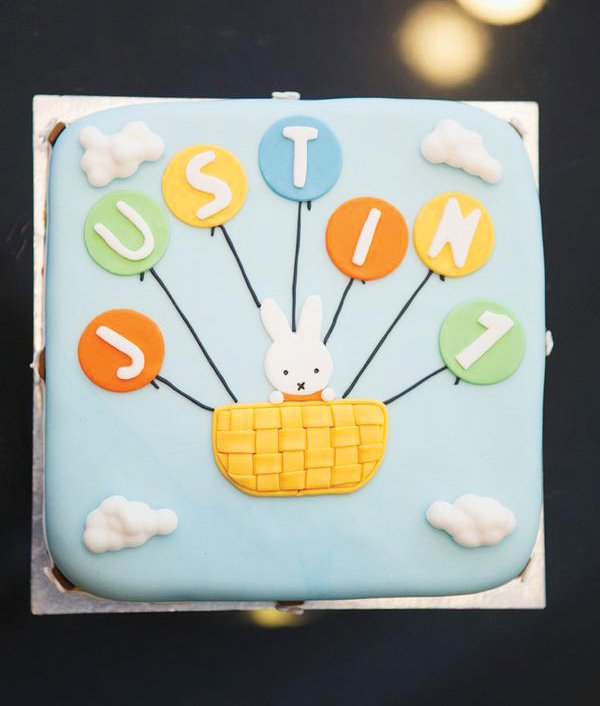 Although you never need an explanation for why you styled a party after an adorable bunny rabbit, Rena Tan of Sugarena :: Candy Buffet Stylist explains that Nijntje (more popularly known as Miffy) is to the Dutch what Hello Kitty is to the Japanese. So when a Dutch friend of hers wanted to include Miffy in her son’s first birthday, Rena jumped at the chance to create this Nijntje aka Miffy Themed First Birthday Party! Filled with minimalist style animations, primary colors & sweet white rabbits throughout, this party is sure to have Miffy fans worldwide swooning! 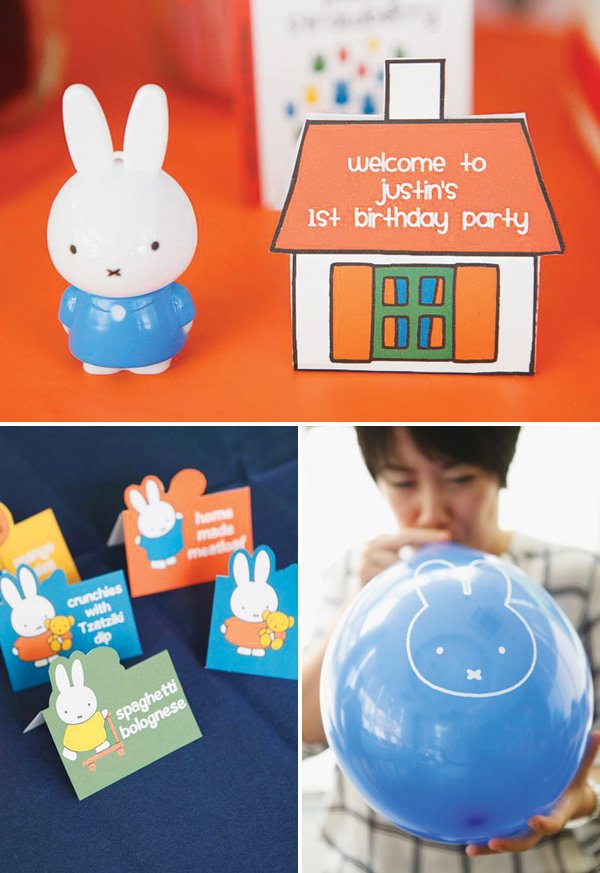 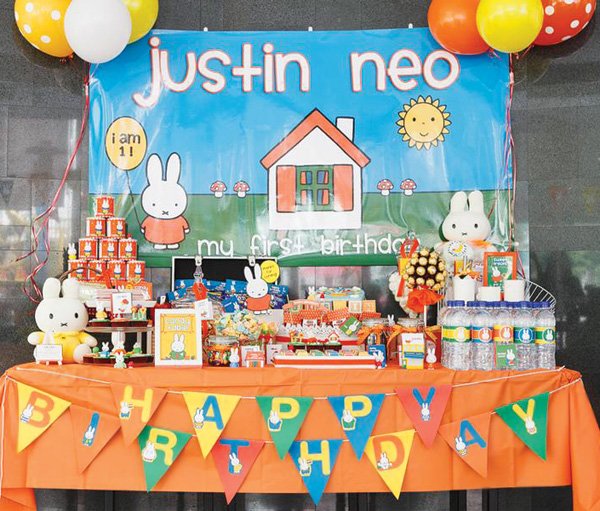 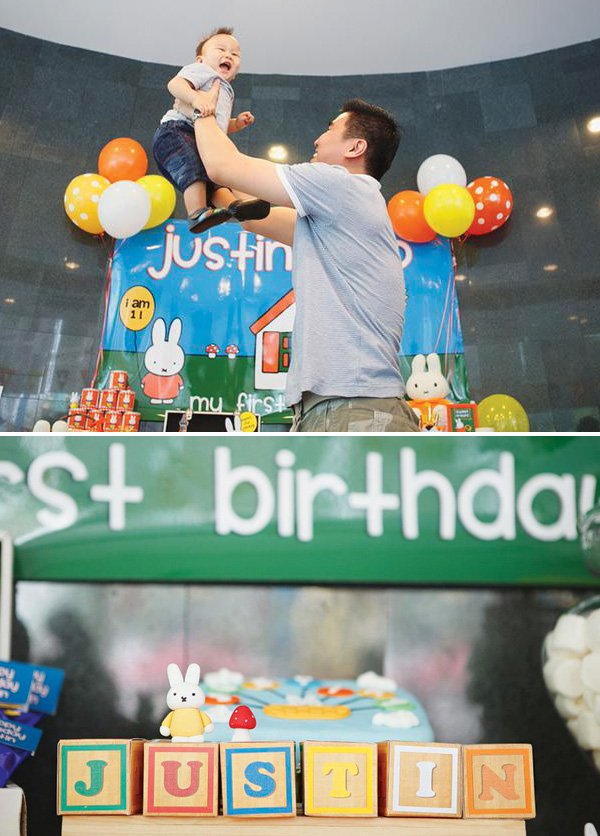 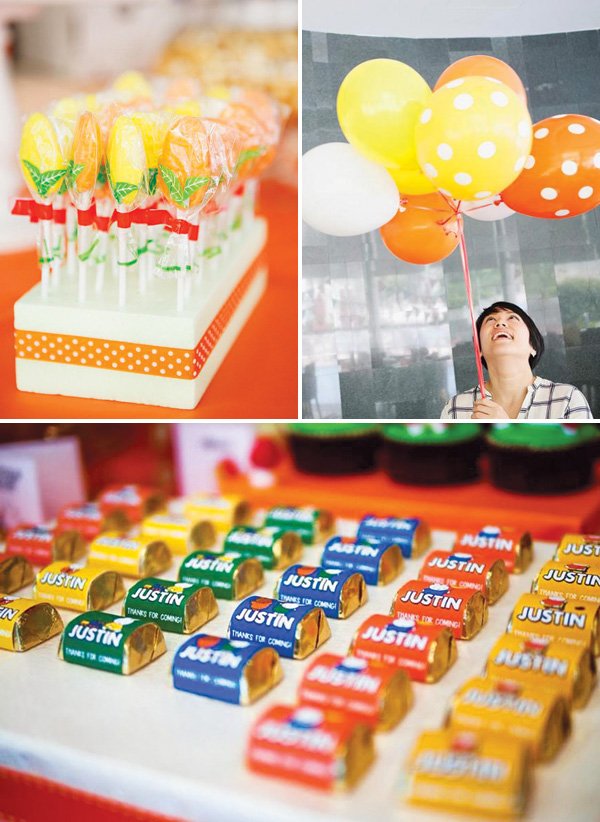 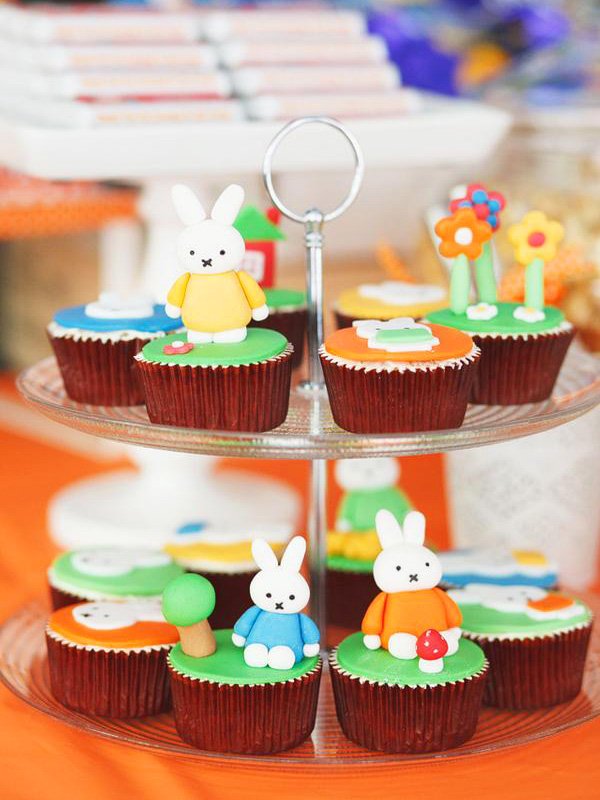 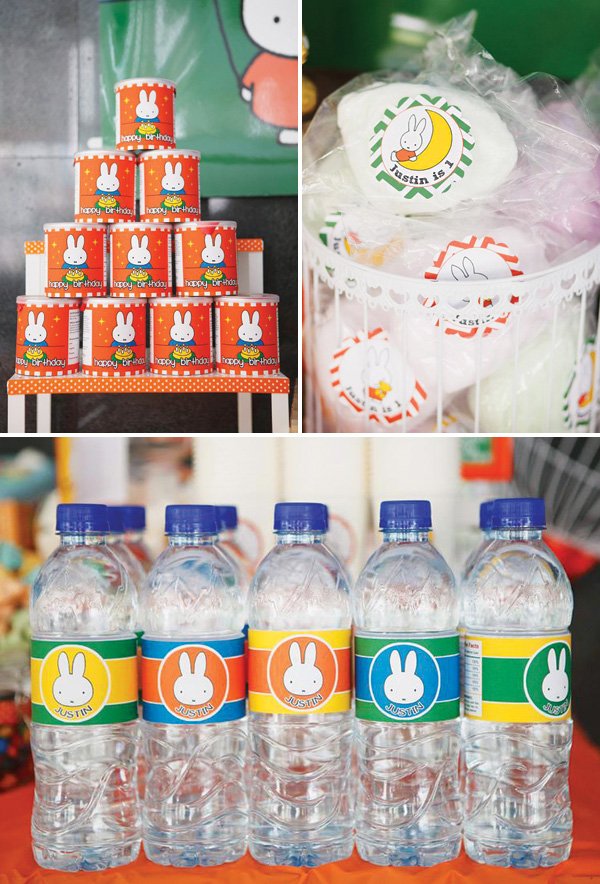 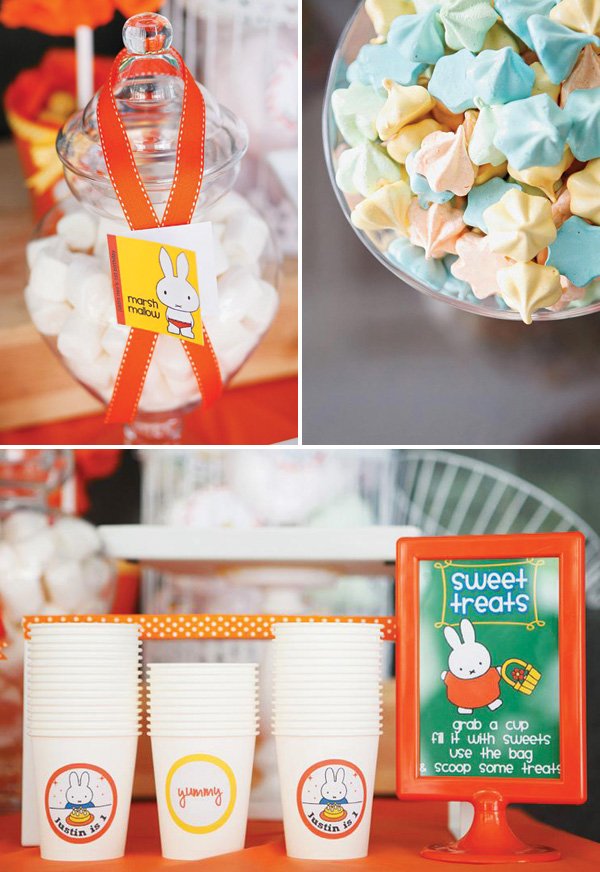 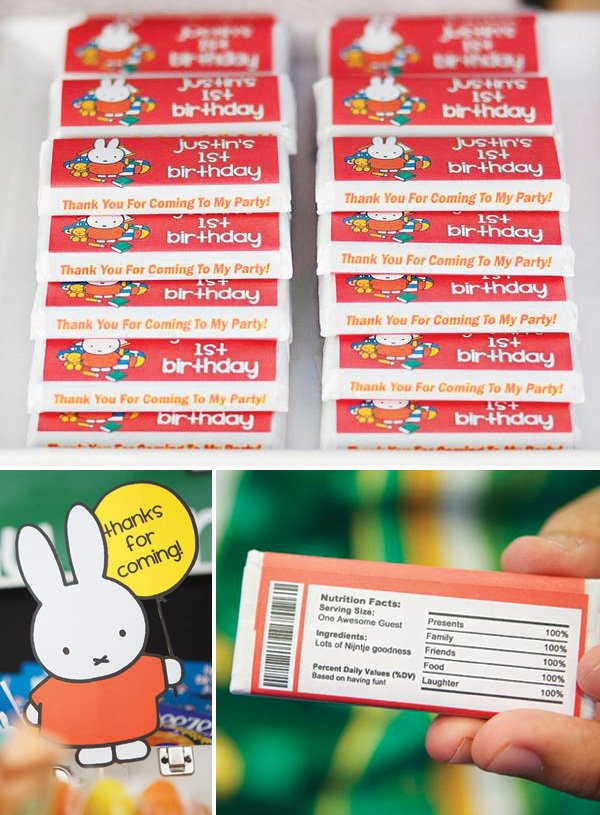 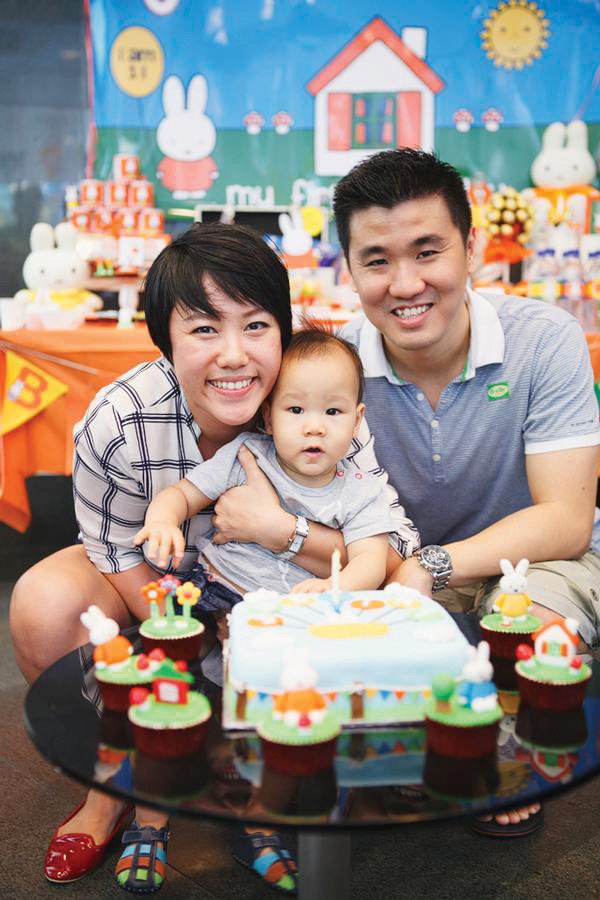 PARTY DETAILS as told by Rena…

Background
Nijntje is a small female rabbit in a series of picture books drawn and written by Dutch artist Dick Bruna. More popularly known as Miffy in English speaking countries, this adorable bunny has won both adults and kids fans worldwide since its books appeared in 1955, and boasts a large cult fan base. Drawn in a minimalistic style, the Miffy collection of books have been translated into more than 50 different languages and sold more than 85 million copies worldwide!

Party Details
Our very good friend is Dutch and always adored Miffy when she was growing up. Miffy to the Dutch is as significant and treasured as Hello Kitty is to the Japanese. She approached us to create a Miffy theme party and sweet table for her baby boy first birthday! She wanted a theme that is very unique, but yet is bright, cheery and culturally meaningful to her and her family.

For the party, we picked two of the key colors used in most of Miffy’s books — orange and yellow. The candy table was like a flavourful burst of sunshine with a spread of cotton candy, meringue kisses, Pocky, lollipops in the theme colors and customized candies in Miffy theme.

Snacks & Candy
To further personalize the theme, we customized all time favorite snacks such as Hershey’s miniatures, Pringles, Kit Kat, Cheezels and Cotton Candy, and designed all the Miffy wrappers which we customized with Justin’s name on them. The birthday cake was a lovely shade of blue, featuring Miffy with a bunch of colourful hot air balloons that spelt out Justin’s name. The 3D Miffy cupcakes were absolutely gorgeous in the theme colors, and looked irresistibly cute with the little recognizable Miffy’s houses and toadstools. They were almost too beautiful to eat! We also made a topiary tree out of Ferrero Rocher chocolates — bringing a lovely tinge of sunshine gold and orange centerpiece to the candy table.

Papercrafts & printables
One of Miffy’s most reconigzable icons in Dick Bruna’s books is a simple white house with a cute orange roof. We recreated that in the form of a papercraft, and placed little plastic and fondant Miffy figurines all over the table – so that they look like they were just chilling out in their colourful world!

Our favourite is undoubtedly the table placecards, as they were designed to be a mini replica of Miffy’s book covers. To ensure the theme is seamlessly incorporated into the entire party, we also designed Miffy food labels for the main buffet line, a Miffy theme table bunting and paper alphabet blocks spelling out Justin’s name.

Our friend was absolutely thrilled with all the party details and told us we have totally made her childhood dream come true!