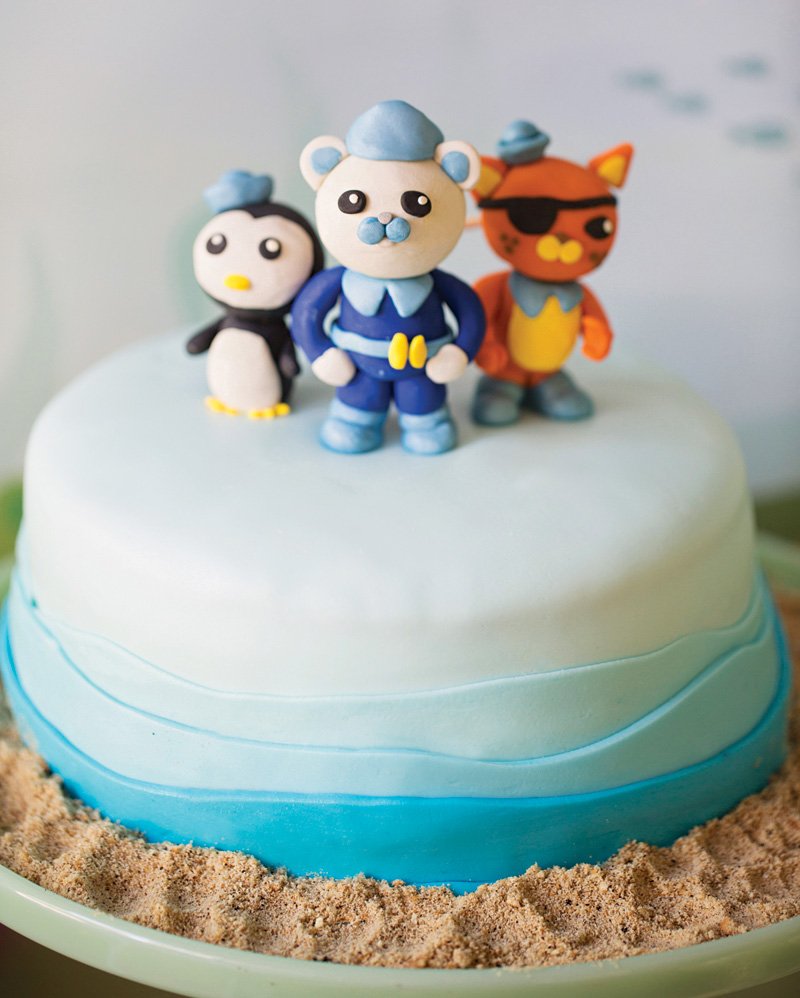 Get ready to climb aboard the most ADORABLE little submarine for an underwater party adventure! Chrissy Trujillo of Our Tru Life & Vitalic Photo got down to some serious creative business for her son’s Octonauts Inspired Birthday Party. Armed with her Illustrator skills, Chrissy whipped up some spot-on printables that perfectly coordinated with the clever, deep-sea-inspired decor.

I am so impressed by her attention to detail too — just check out those clay cake toppers that she molded herself!! In my experience, guests often feel bad biting into the intricately done fondant versions anyways, so this is such a smart and long-lasting idea for an after-party keepsake. :) 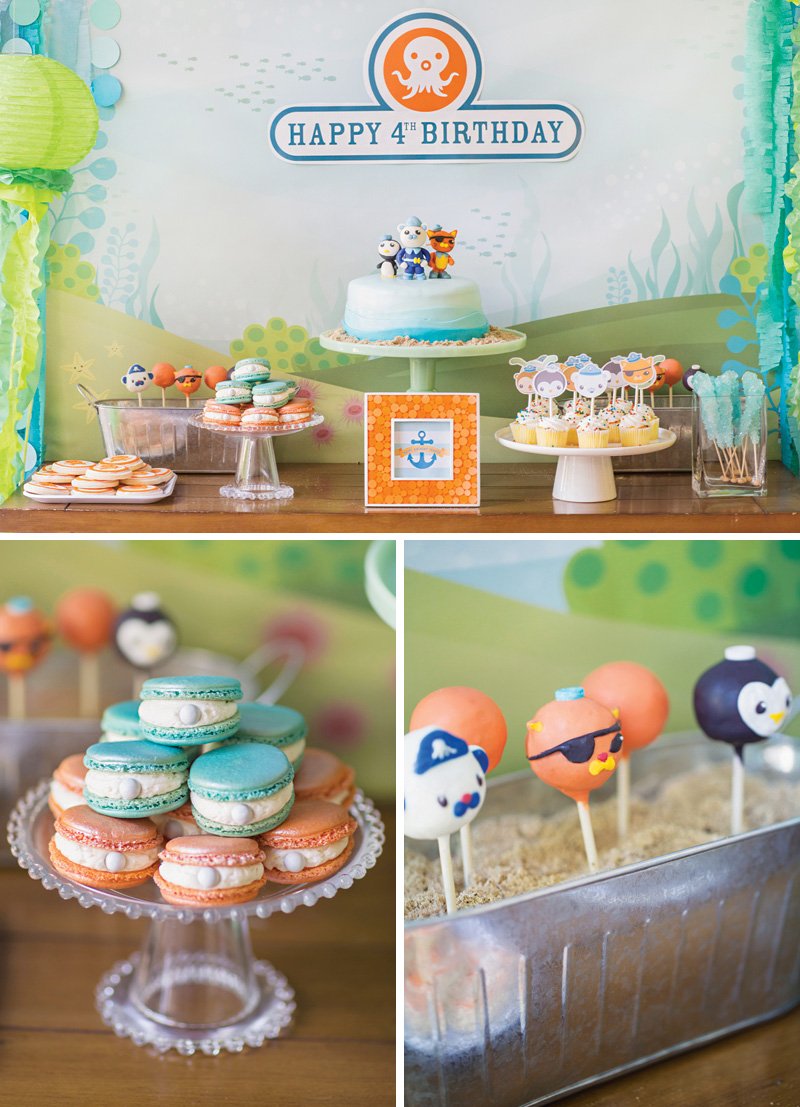 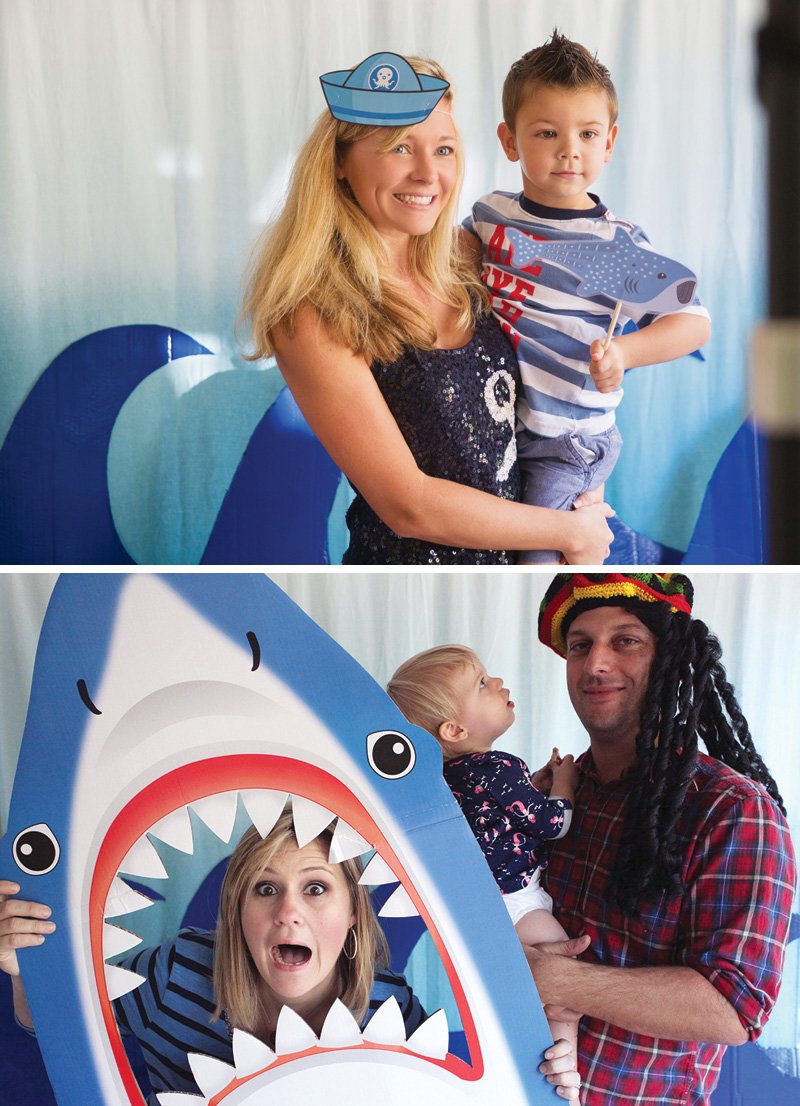 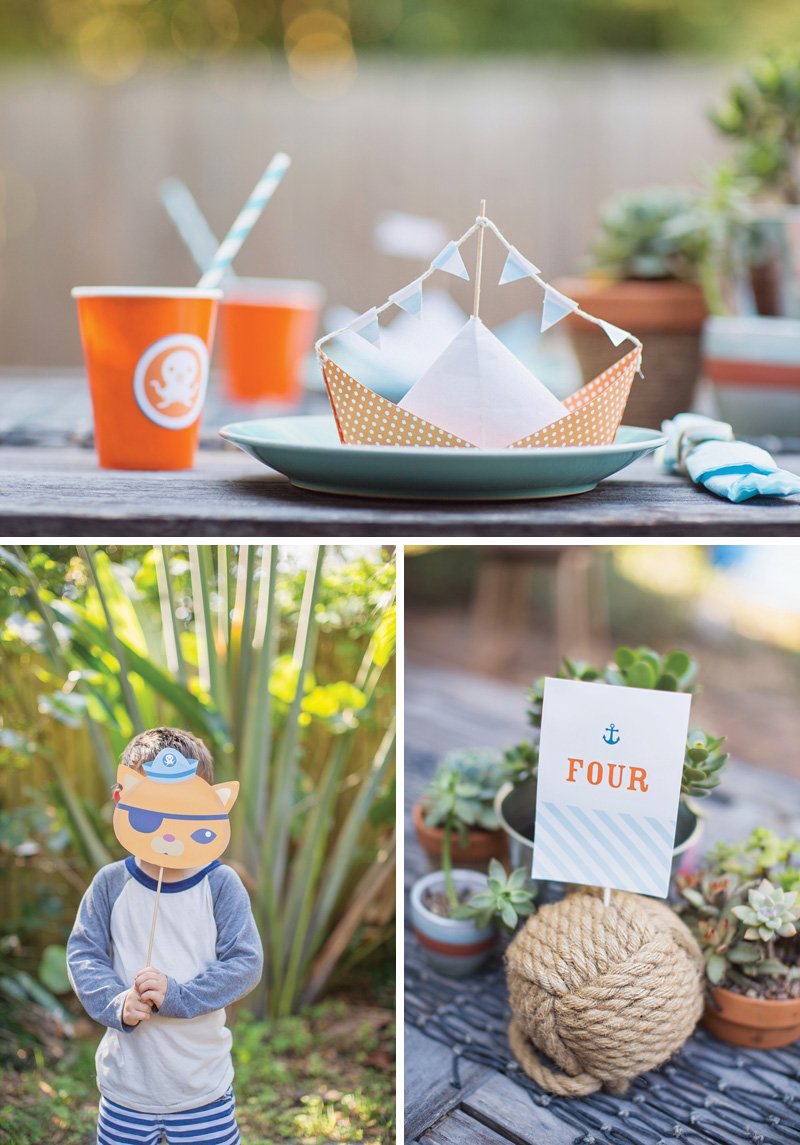 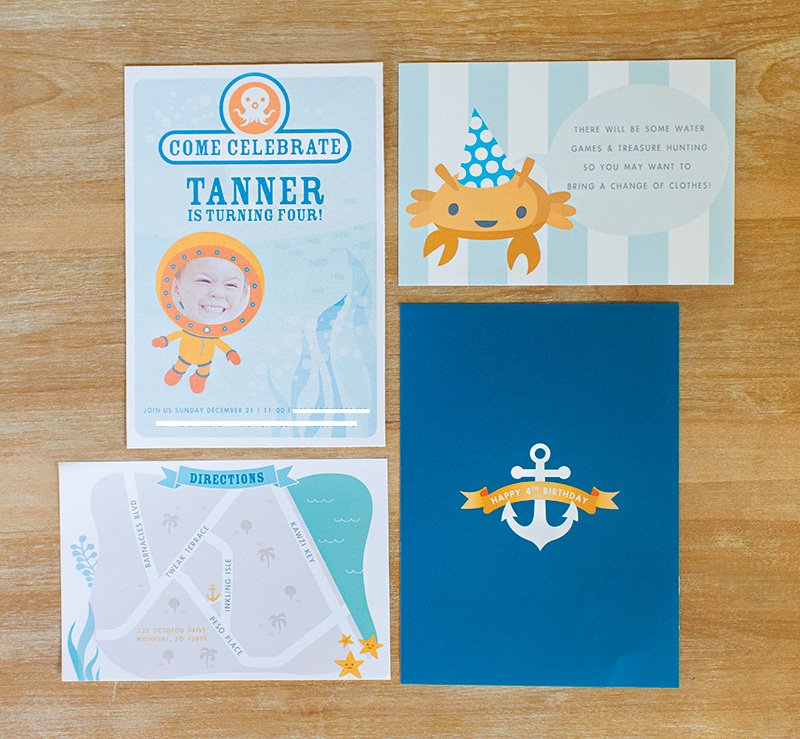 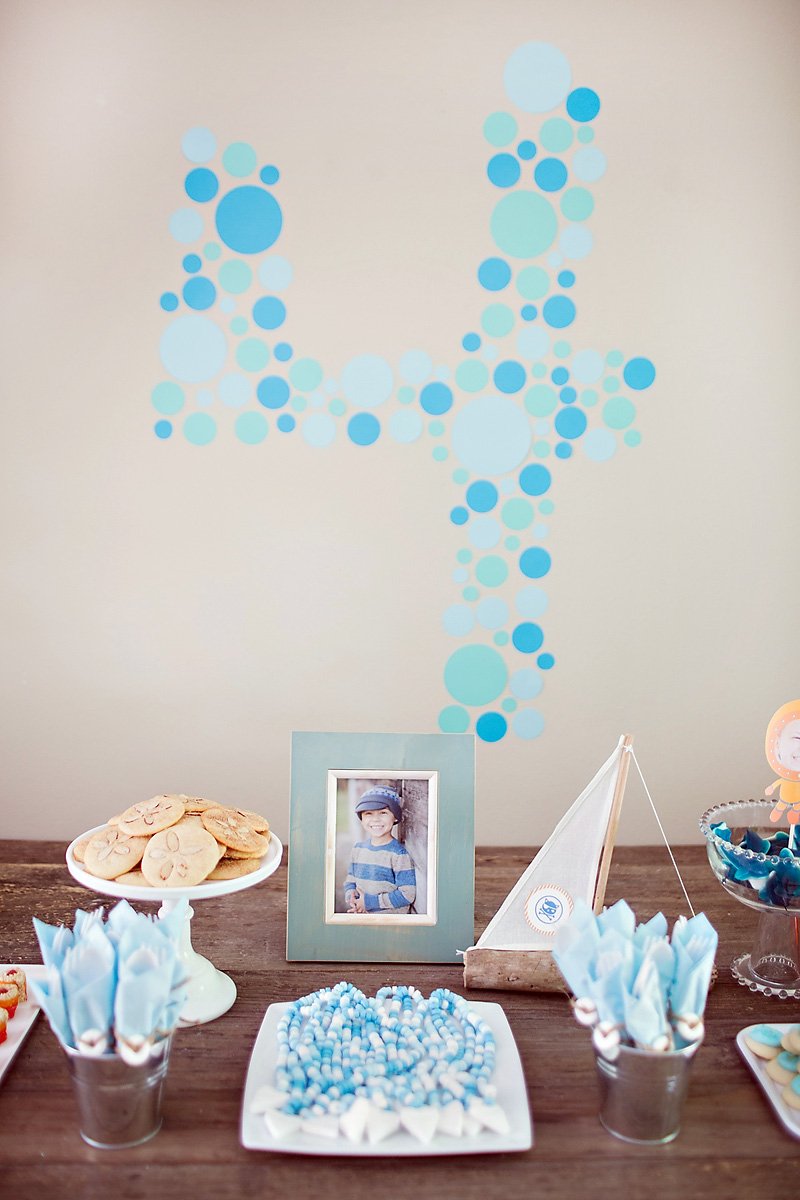 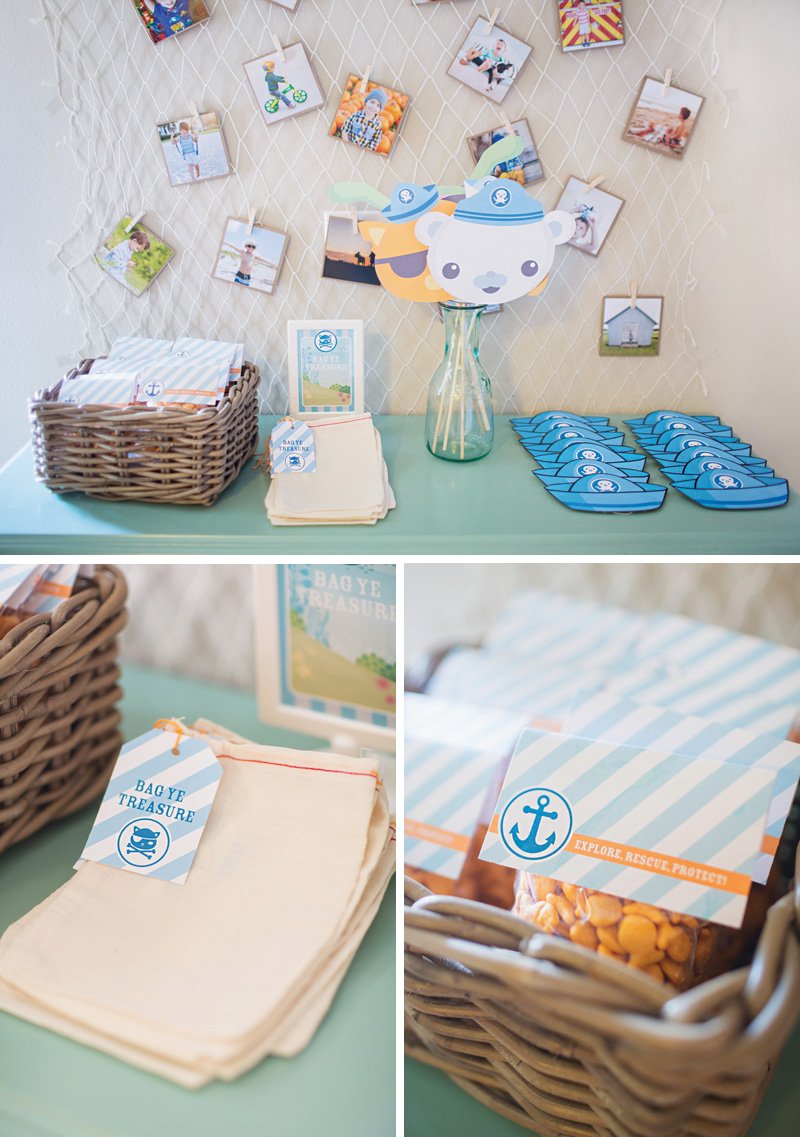 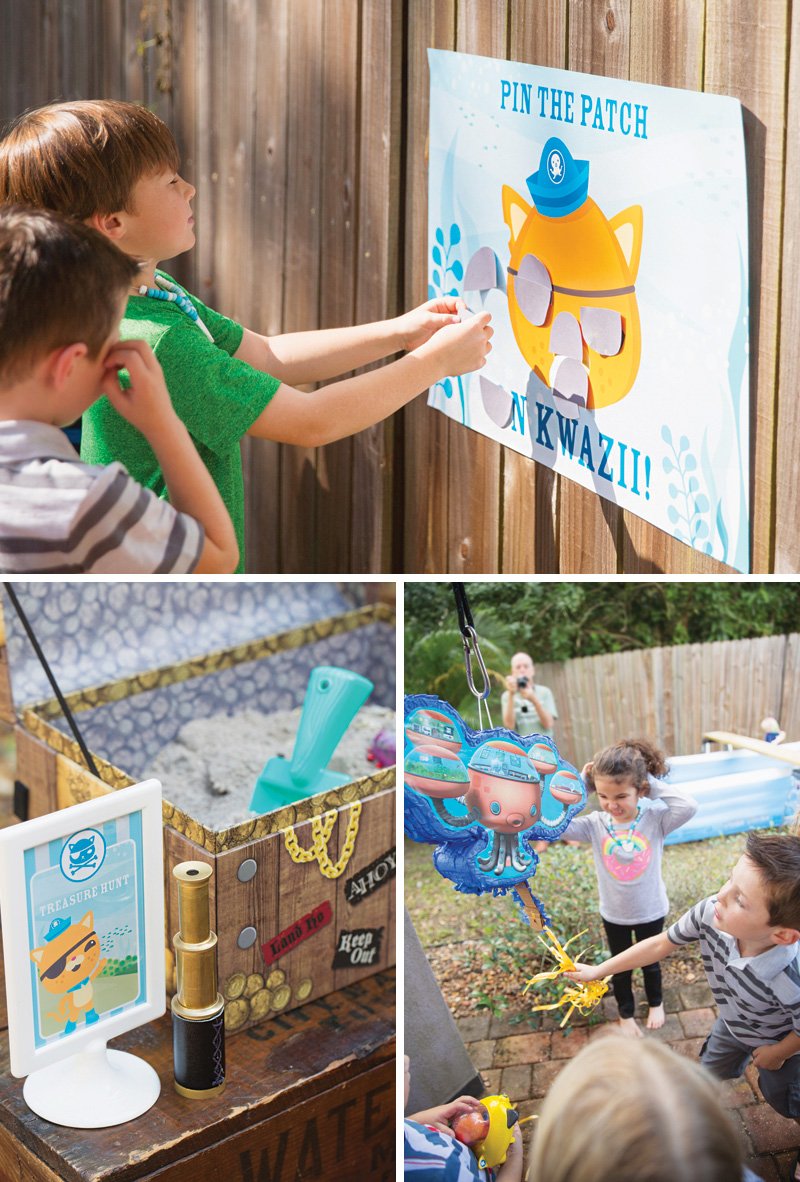 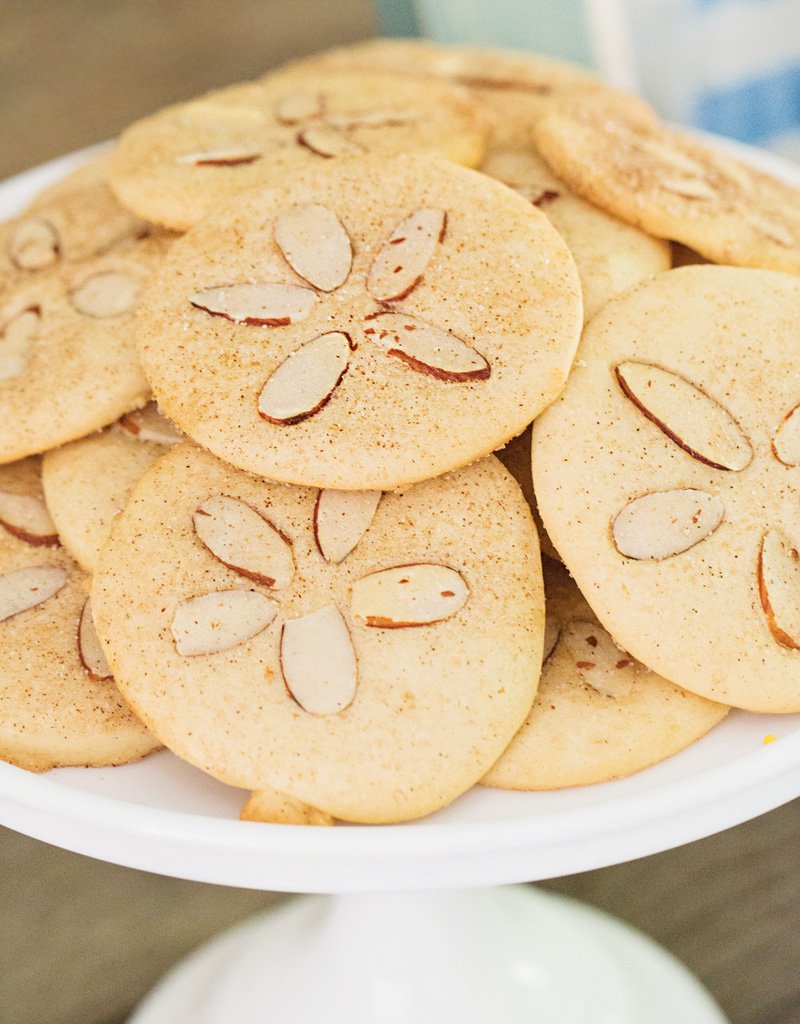 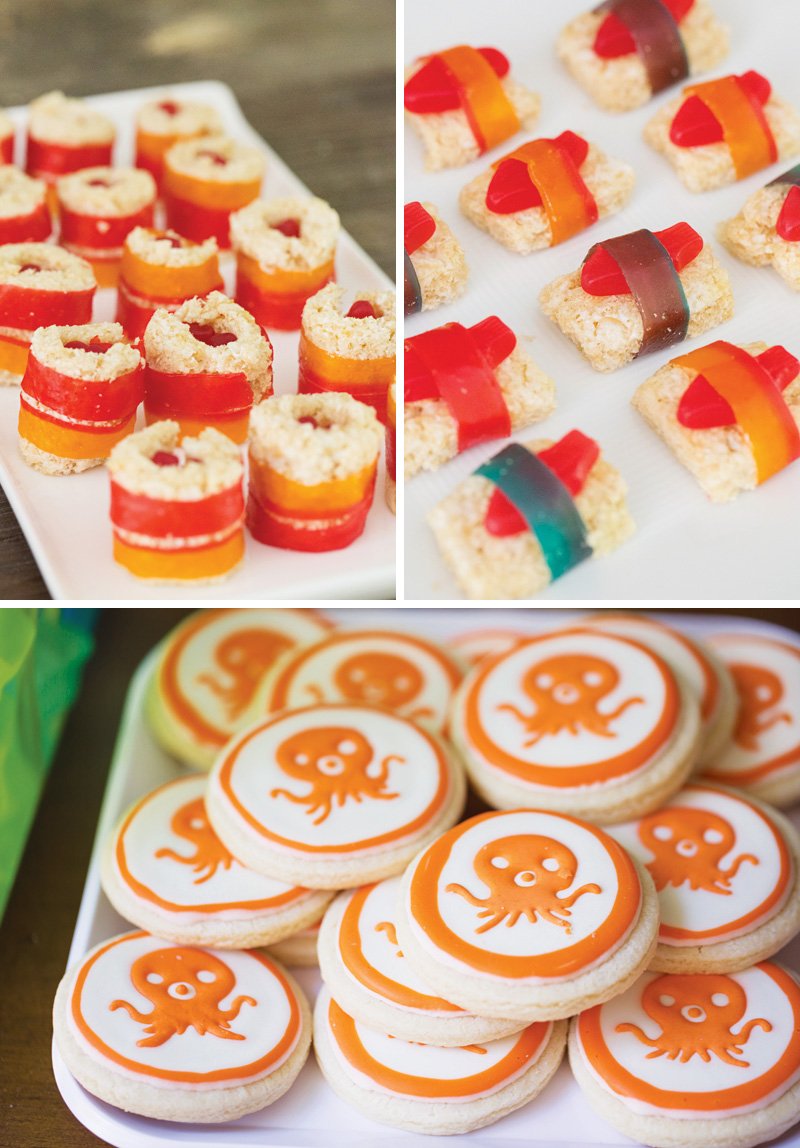 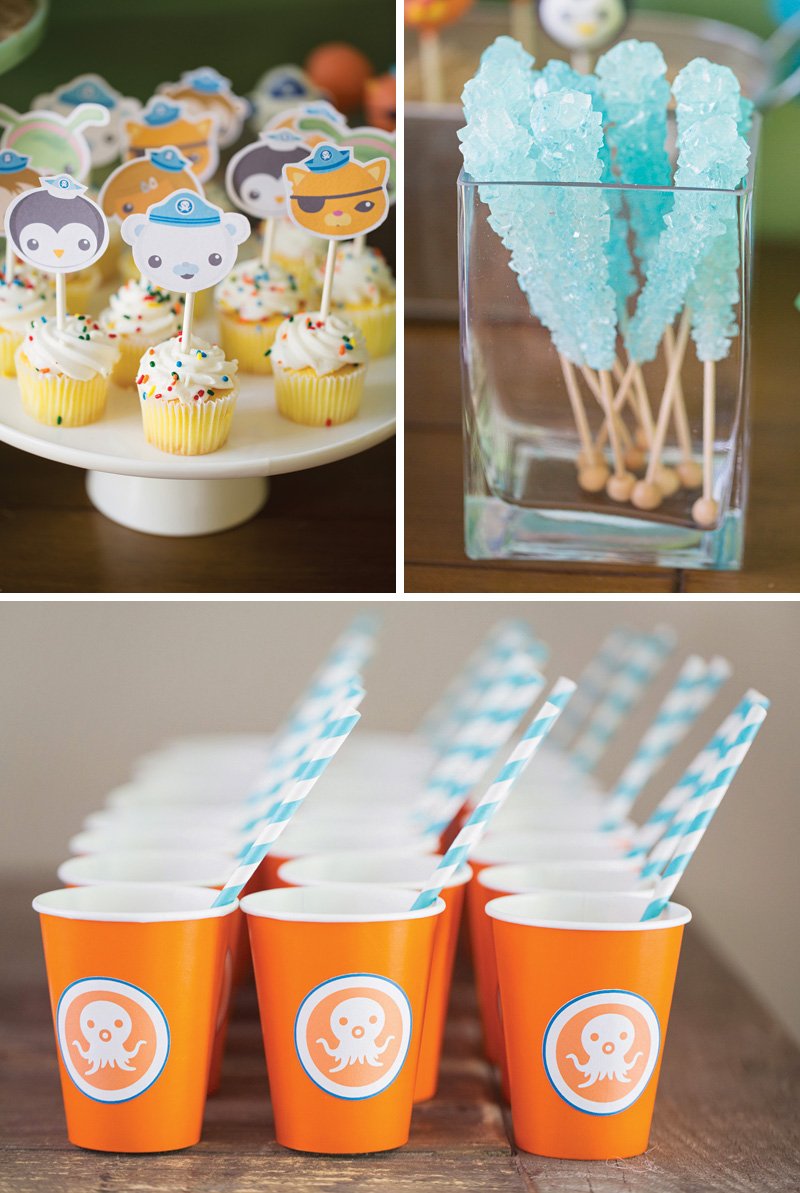 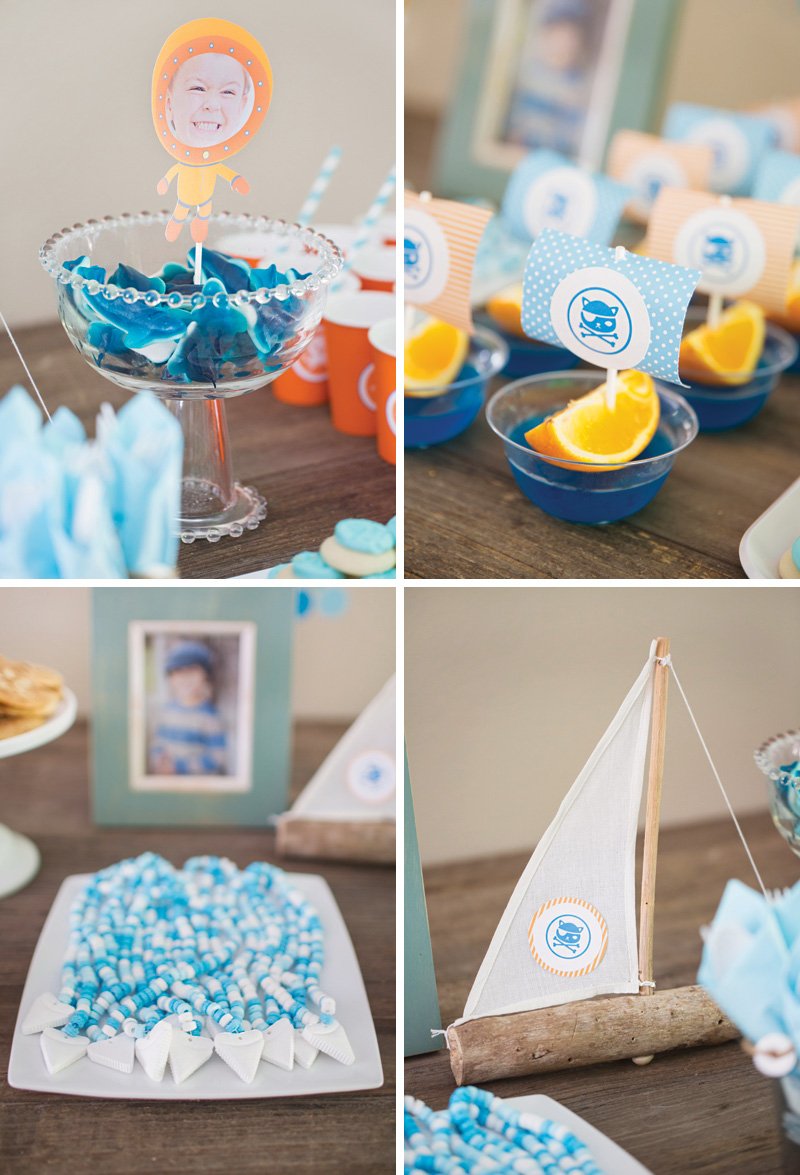 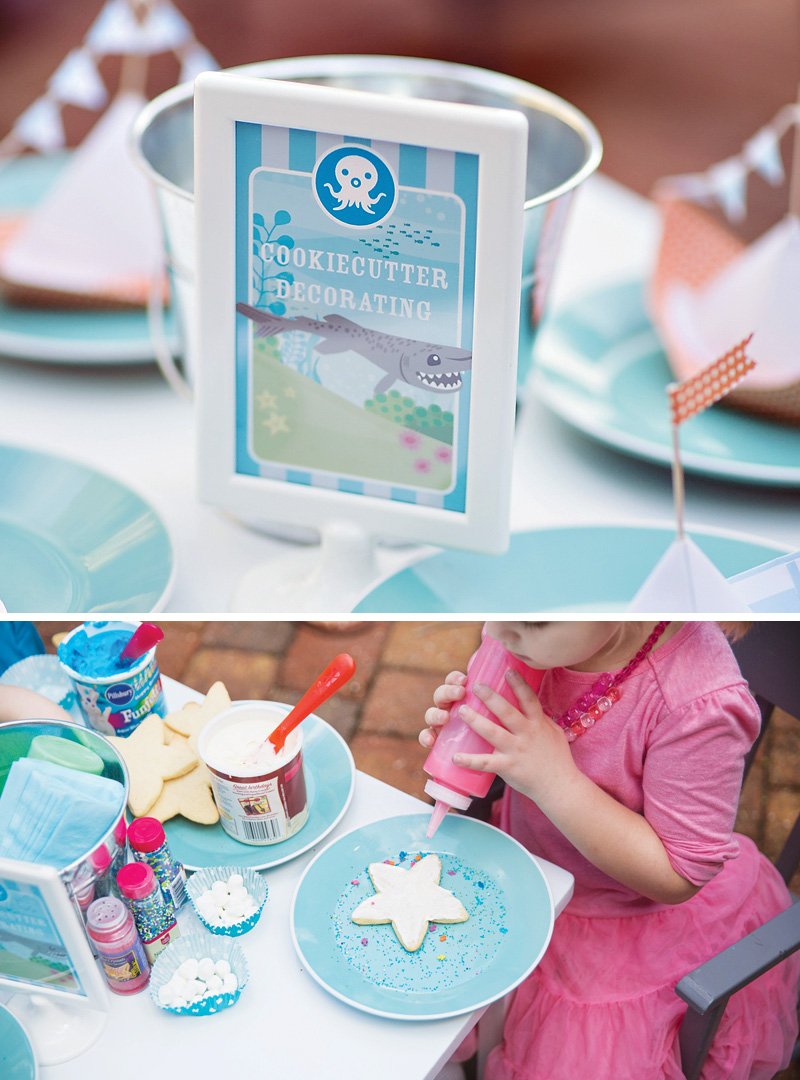 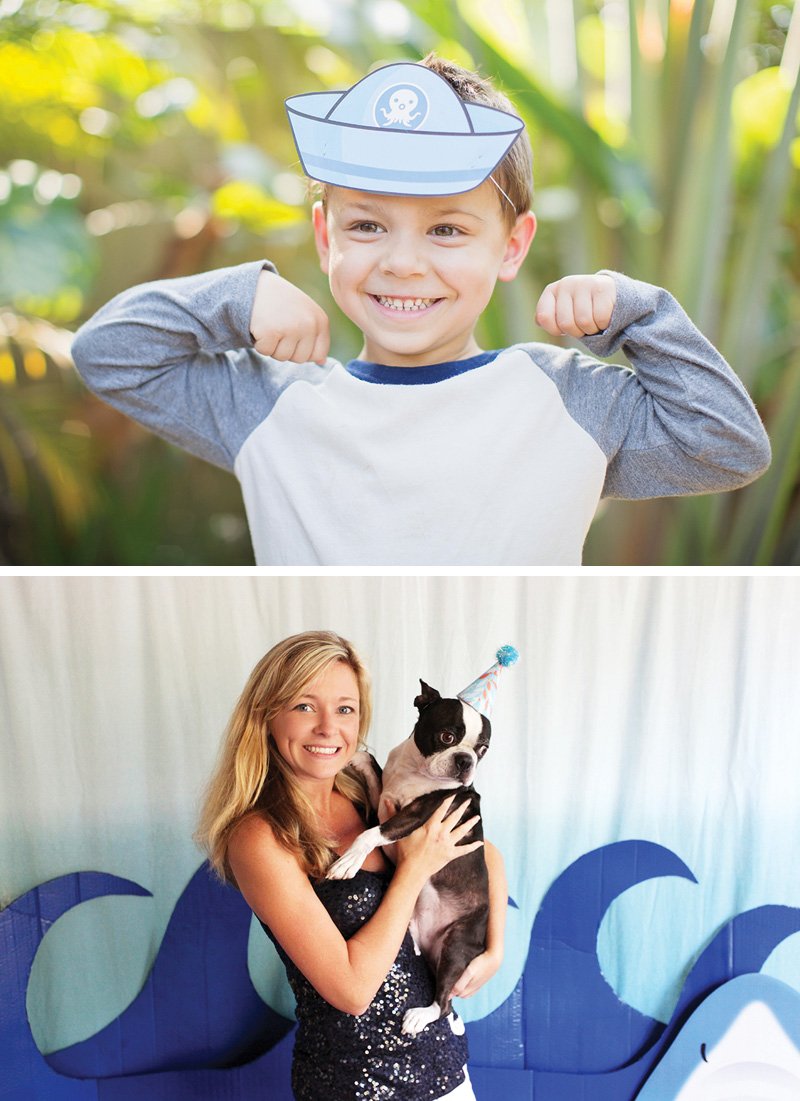 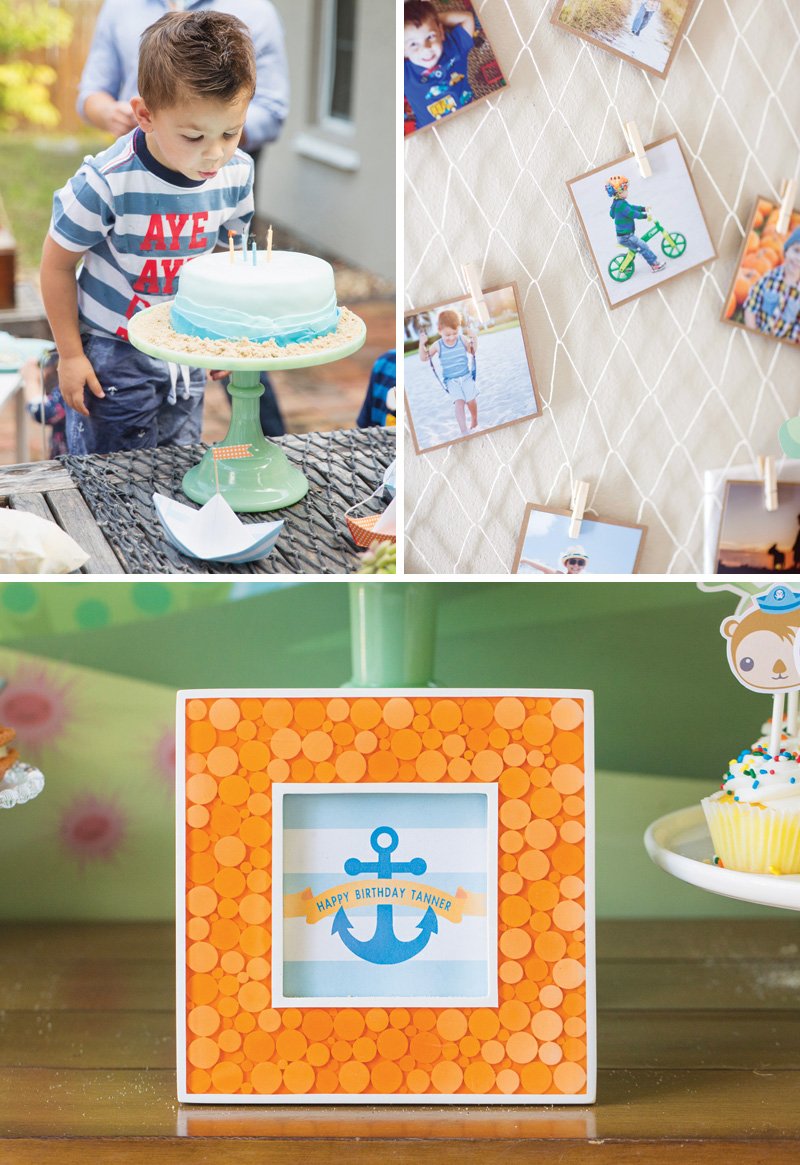 PARTY DETAILS, as told by Chrissy…

Our son has become a huge fan of the Octonauts and all of the obscure deep sea creatures that come with it. It’s been pretty interesting hearing our soon to be 4 year old teach us about hydrothermal vents, siphonophores, and vampire squids. So when he started saying that for his birthday he wanted a whale shark and symbiosis, I knew it was going to be a challenge. Especially since merchandise and party supplies from the show haven’t made it to the US yet.

I decided to start with the backdrop, which I created in Illustrator and was inspired by the whimsical underwater scenes from the show & books. I wanted to stick with the show’s bright color scheme of different shades of aqua, green and orange. For cupcake toppers, I traced the faces of each of the Octonauts and then was able to reuse those for masks for the kids to use. I have no idea how to make fondant characters, so I decided to be experimental and make them out of clay. I figured that way he could save them after the party. I also created some Octonaut hats, invitations, and a pin the patch on Kwazii game.

For the food, we tried to keep it in theme with the ocean creatures, so I had a talented friend create cake pops that looked like the Octonauts characters as well as the Octoalert cookies. We also served french macaroons that looked like clam shells, sand pudding, sand dollar cookies, jello sailboats, and shark tooth necklaces.

We tried to have a variety of activities for the kiddos, which included a Kwazii treasure hunt, a walk the plank contest, fishing, and a cookie cutter shark decorating station. We also had a photo booth setup where the kids and parents could take photos together, which I later used in their thank you cards.