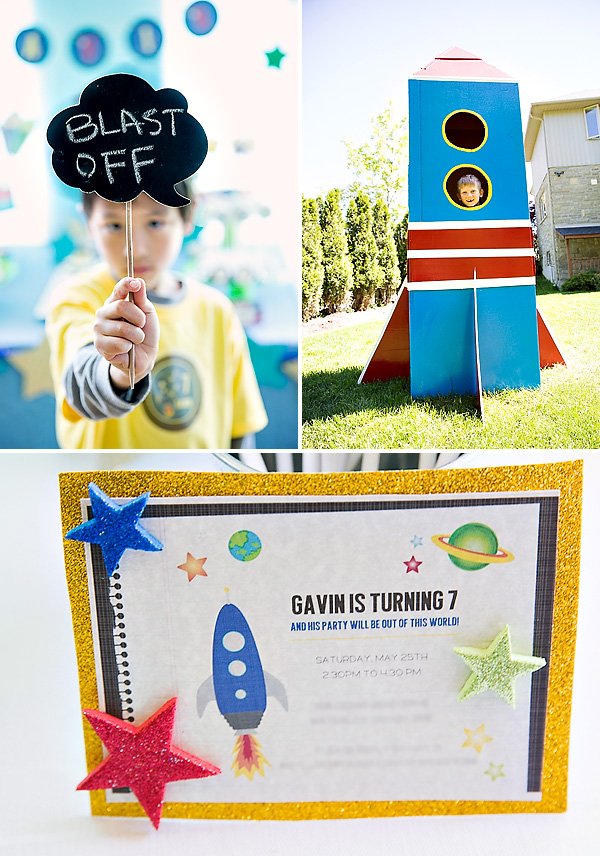 Three, two, one… Blast off! With a rocket ships and sparkly stars galore, Amy Liu Bissett of A Dazzle Day takes us to the moon and back with this stellar Space Themed Birthday Party! An amazing homemade rocket ship photo booth and super fun space inspired games kept these little earthlings entertained, while the awesome planetary decor launched this party out of this world! 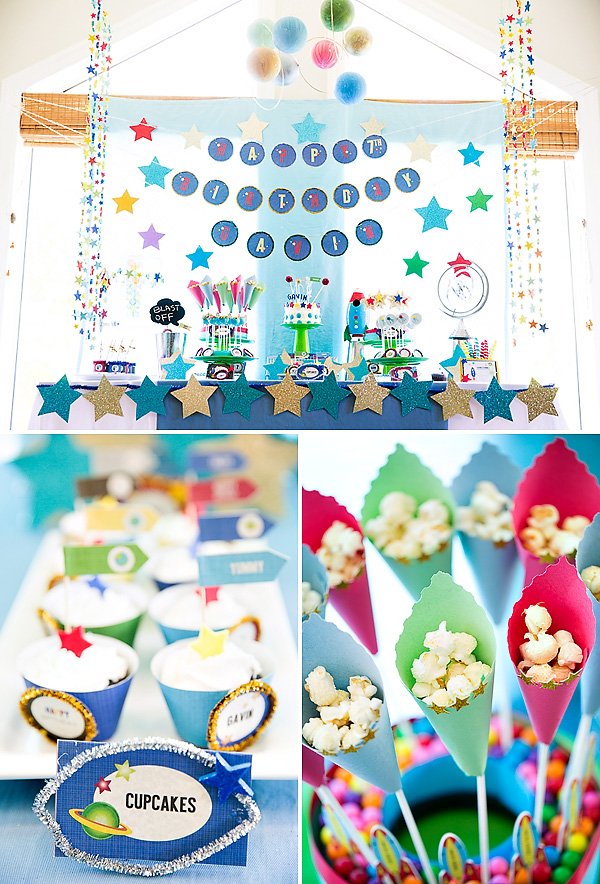 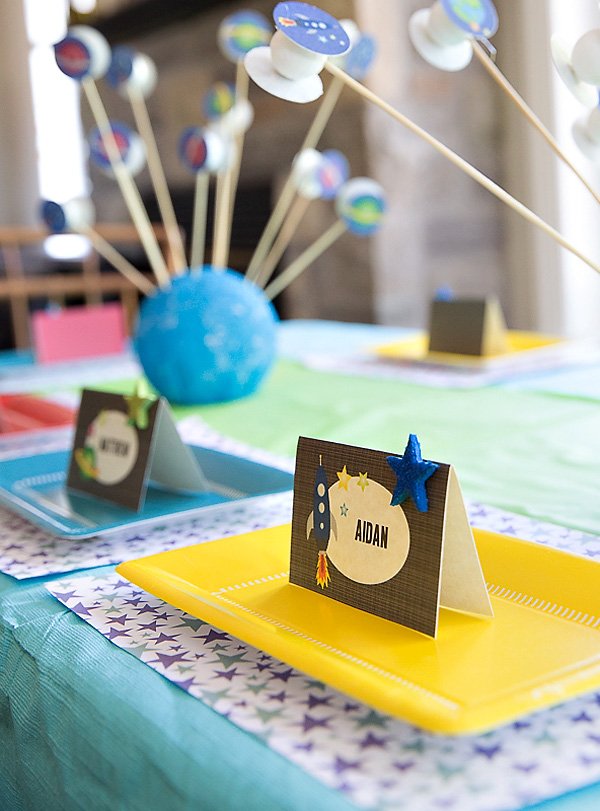 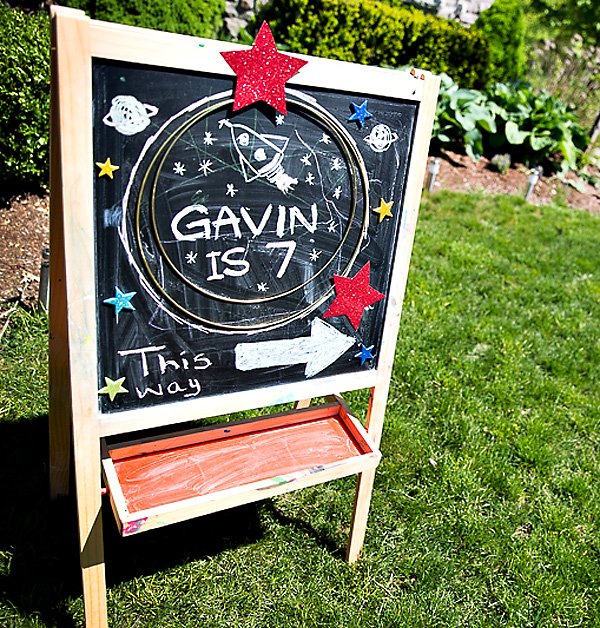 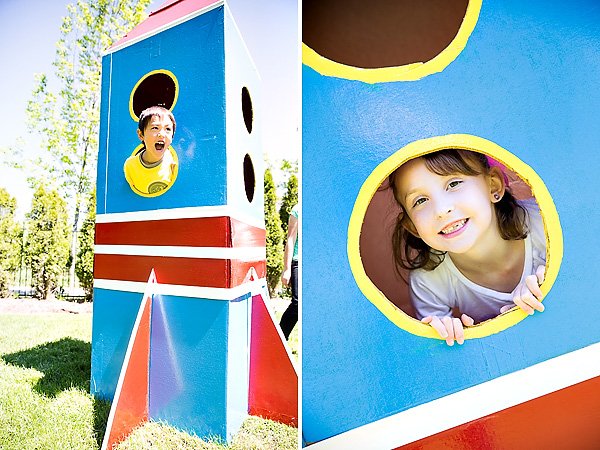 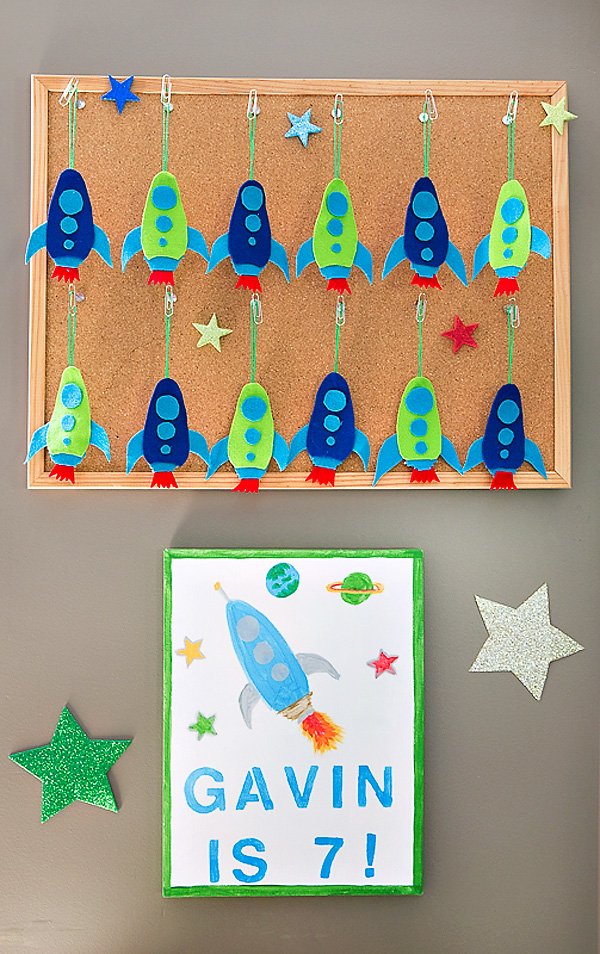 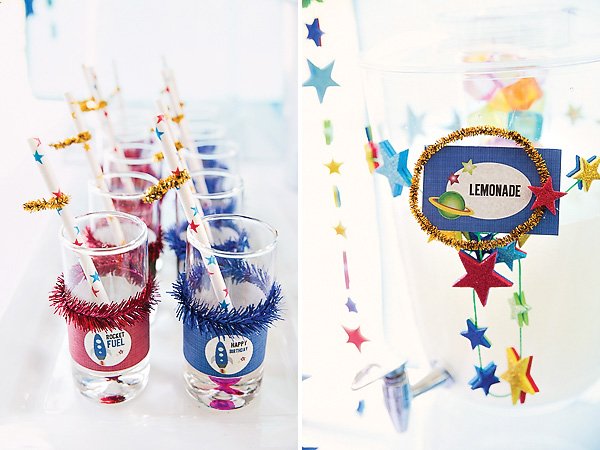 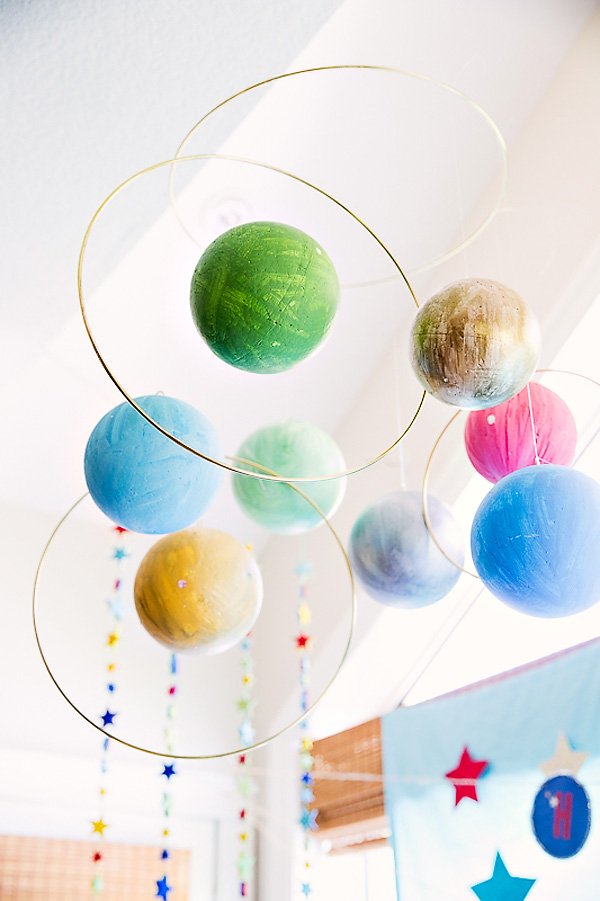 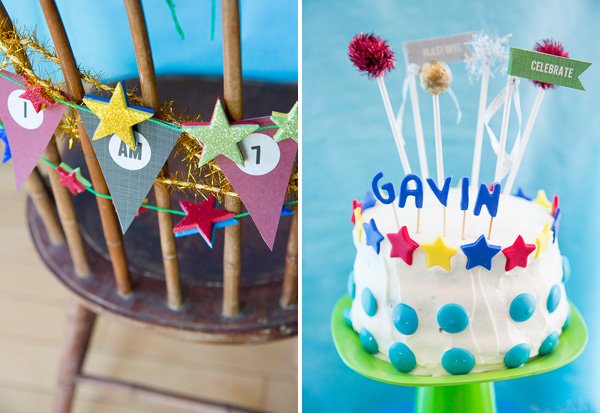 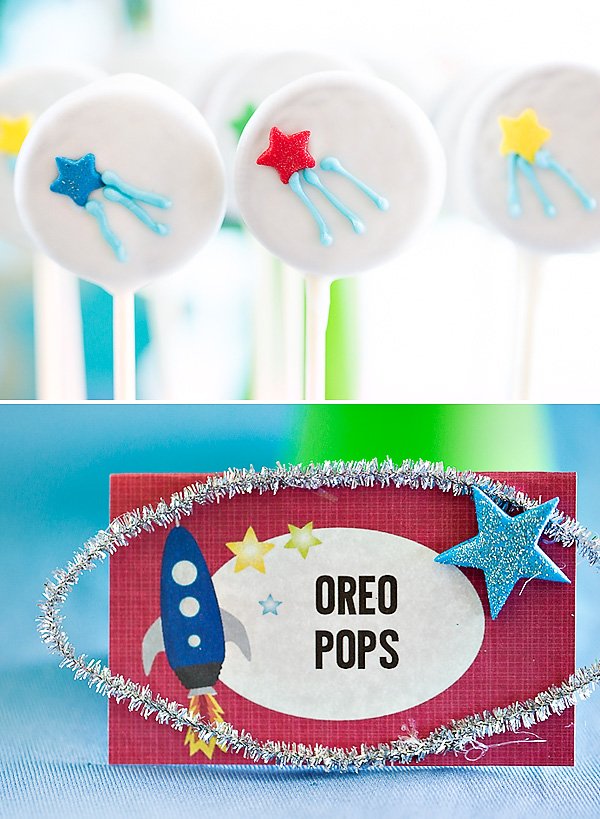 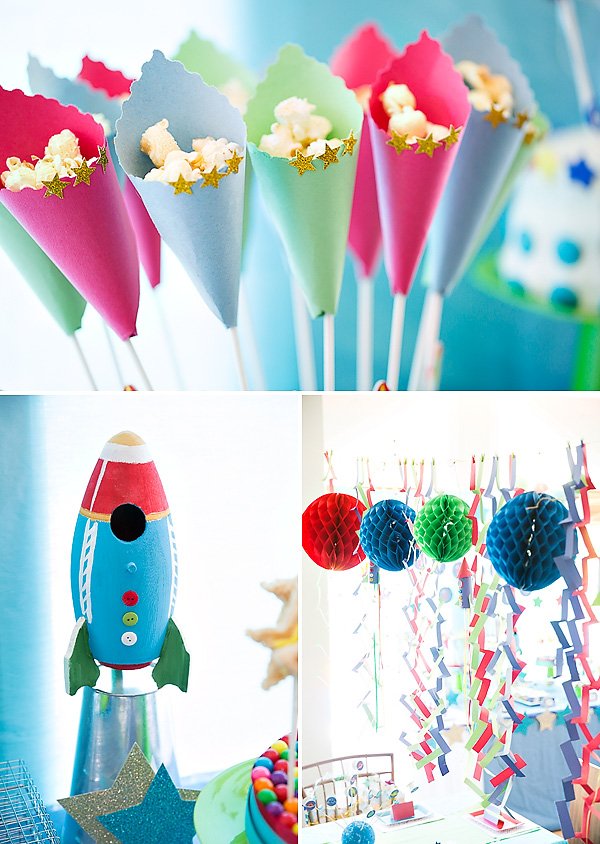 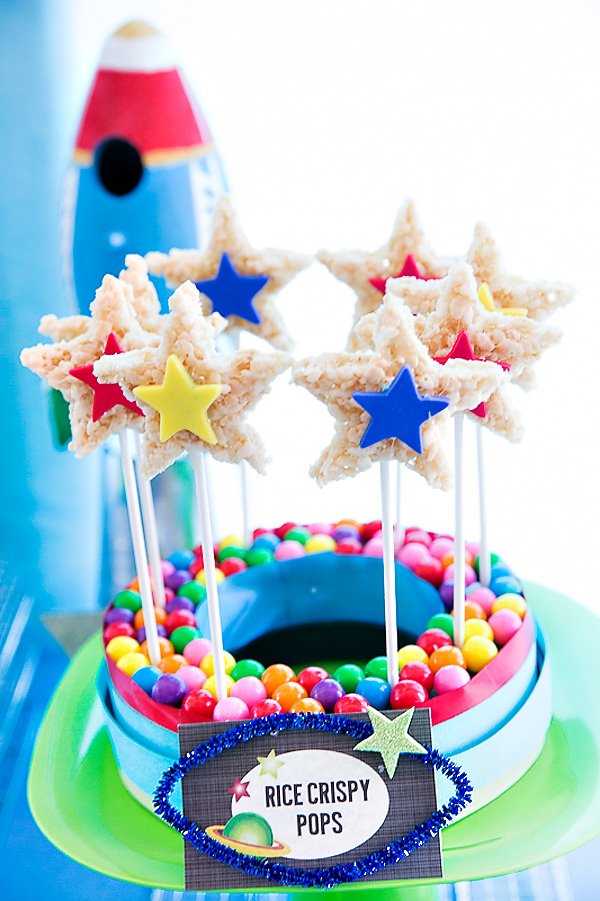 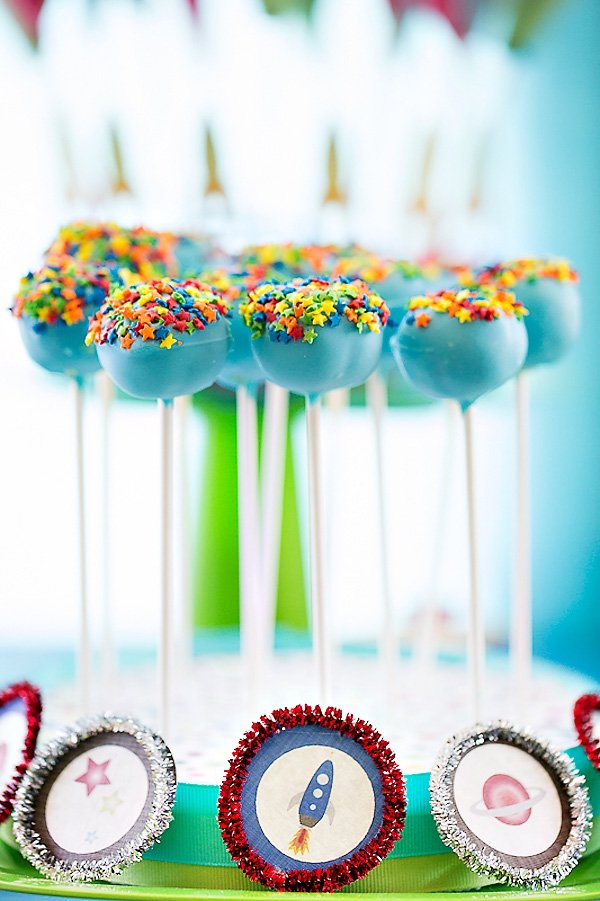 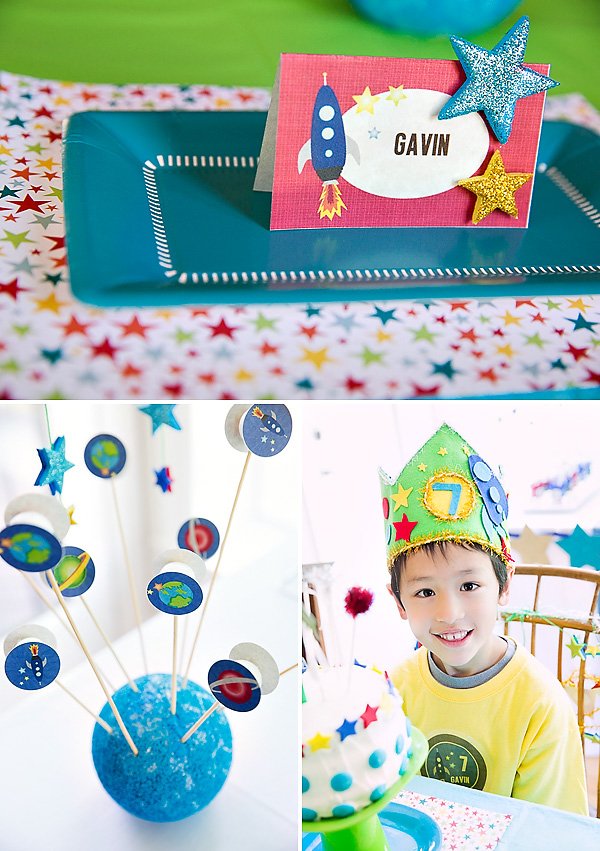 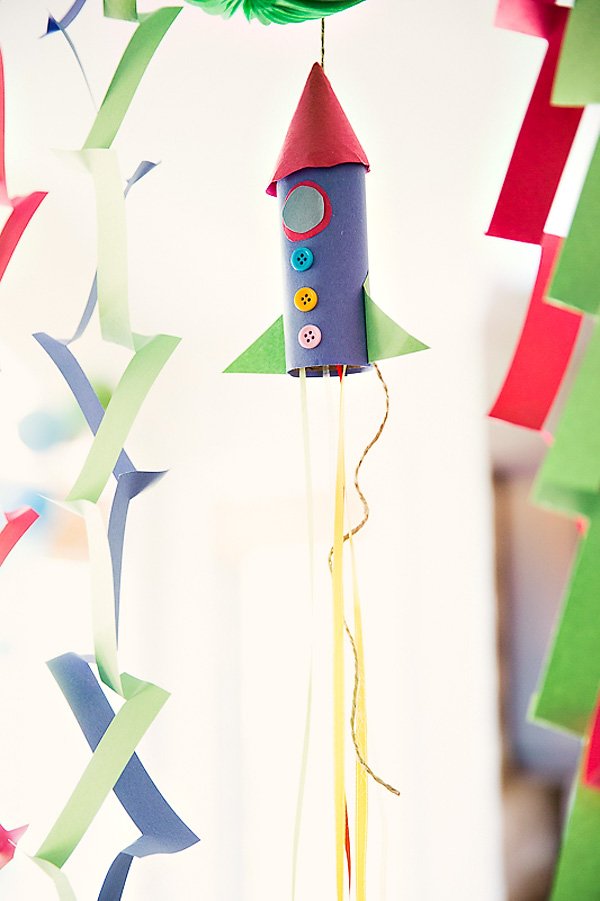 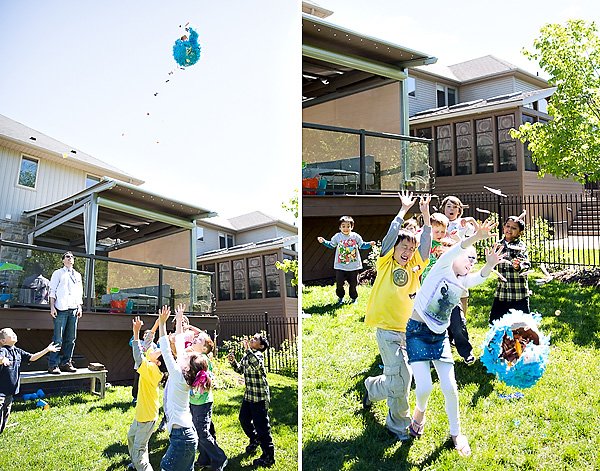 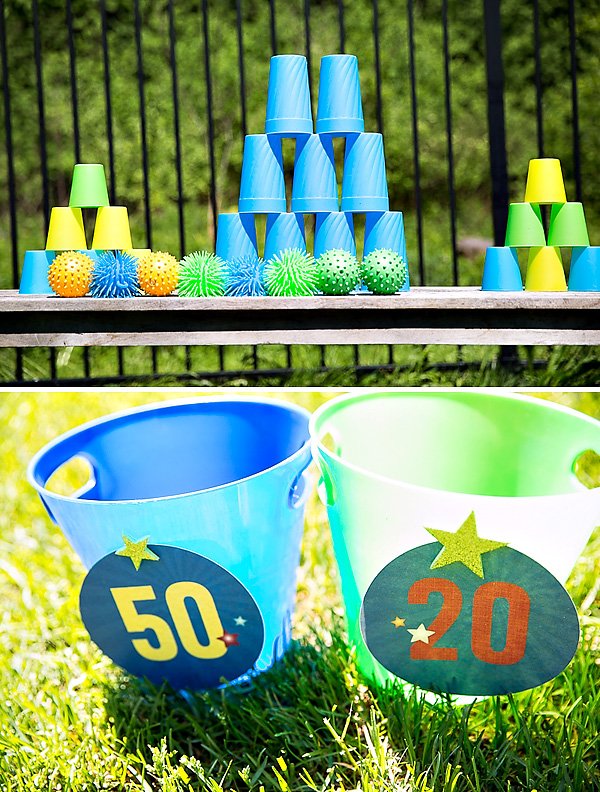 This was a fun space themed birthday party especially designed for my big boy who turned seven! I had so much fun using plenty of outer space elements and stars at this party. As usual, there are many fun DIYs included here. One of the most important things I would recommend people do when designing a party would be to start with choosing the colour theme; as you can see, this party was infused with green, red, blue and yellow! I painted many styrofoam balls and created a modern solar system as the main hanging decoration for the party table. Many, many stars were used (bought from Dollarama) all over the table as the sparkly add-on decorations. I also came up with many fun games for the kids, including a homemade star piñata, throwing star balls into buckets for points, and a little competition for kids to carry a big planet ball around the rocket ship.

A big thank you to my genius husband who built the rocket ship as my photo booth prop for the kids. They loved it! The party package was again designed by my favorite designer, Tania from Tania’s Design Studio. ENJOY!


This time I made a star piñata for the kids. Piñata is always a hit at birthday parties, especially for older kids. Eventually it got thrown into the air and they had to break it apart with their hands. We also had game stations for the kids to play with – throwing star balls into the buckets for points, hitting the towers of plastic cups, and carrying a big planet ball all the way to the rocket ship and back. They had a blast!


All the decoration you can see from the party: