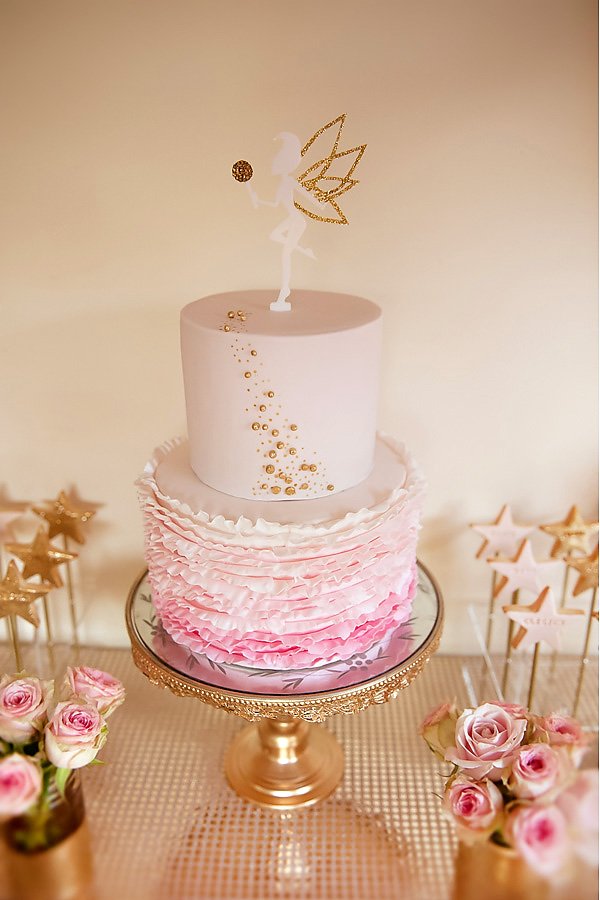 Play that pixie music! With a little dancing, singing and movin’ to the groovin’ Liat of Lee Bird Photography & Belinda of Styled By Belle teamed up and put on a quite a show: a creative Pink, Glittery & Gold Disco Fairy Party! With a fairy twist & disco shout, Little Mia’s glamorous birthday celebration was filled with whimsical fairy magic and sweet musical notes! ;)


PARTY HIGHLIGHTS to look out for: 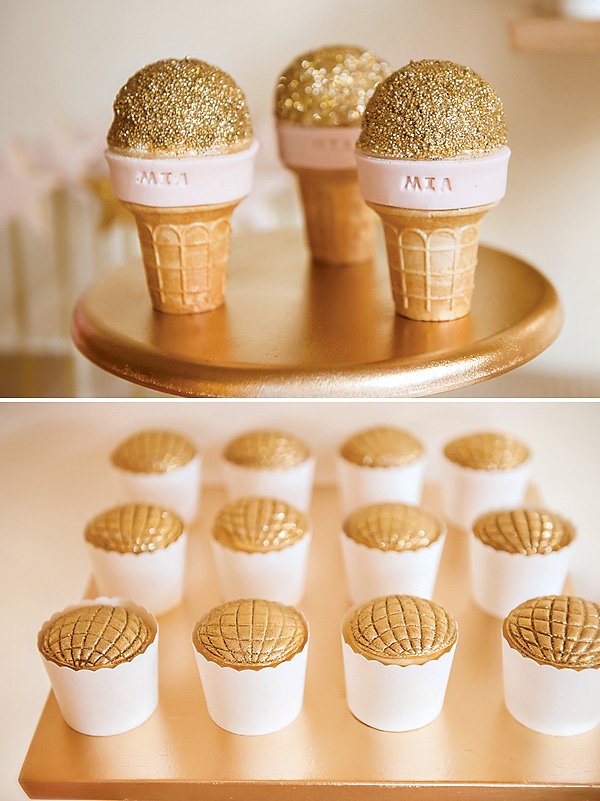 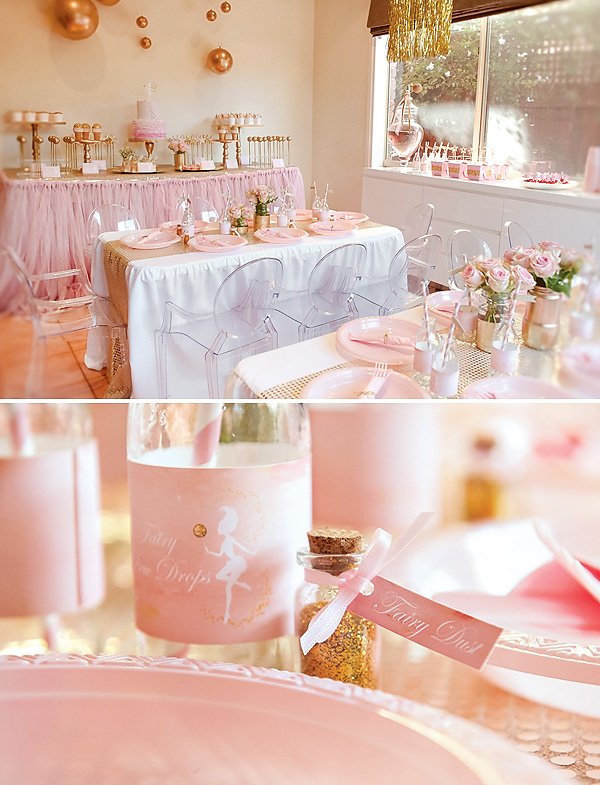 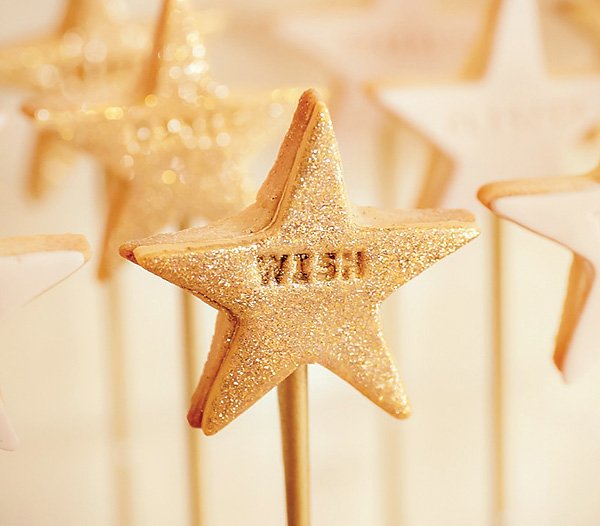 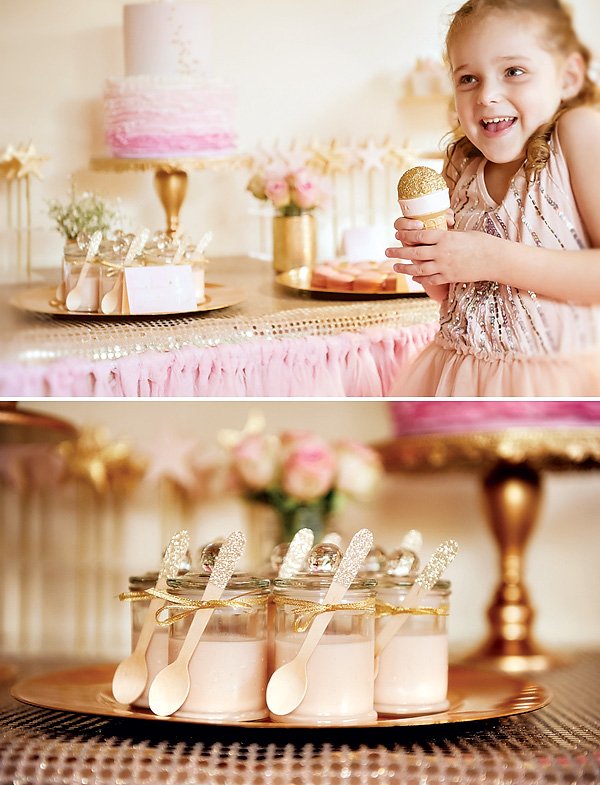 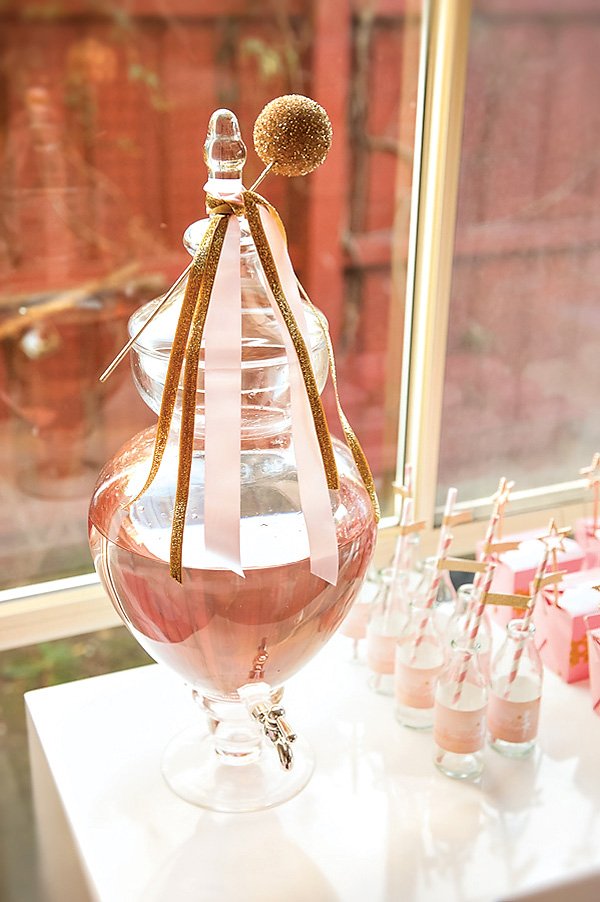 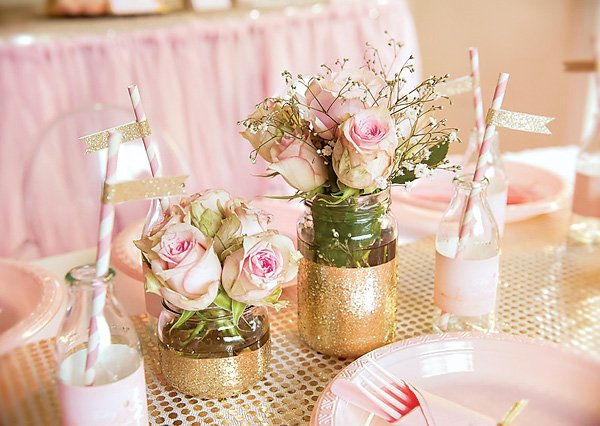 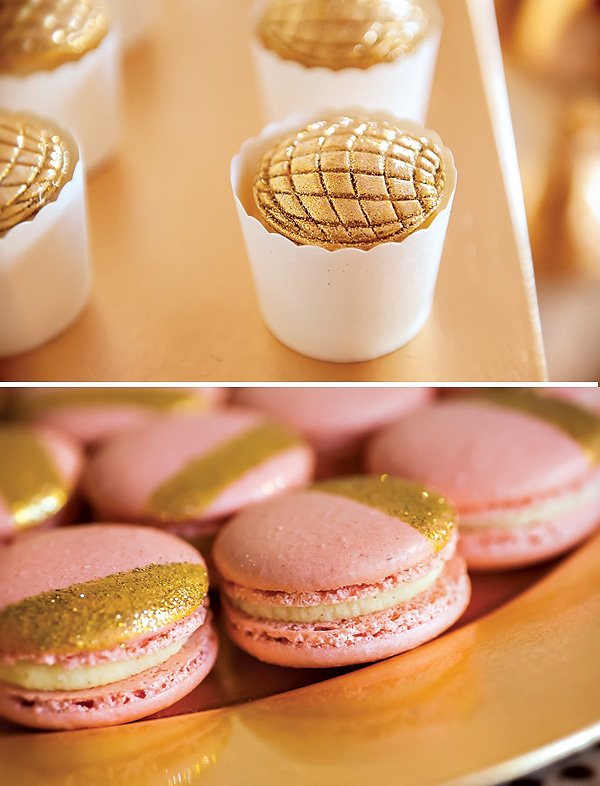 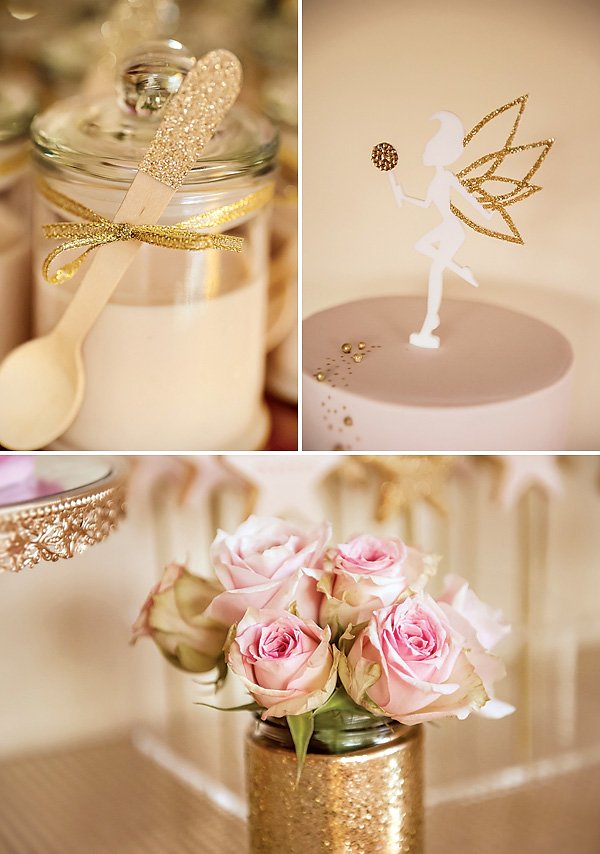 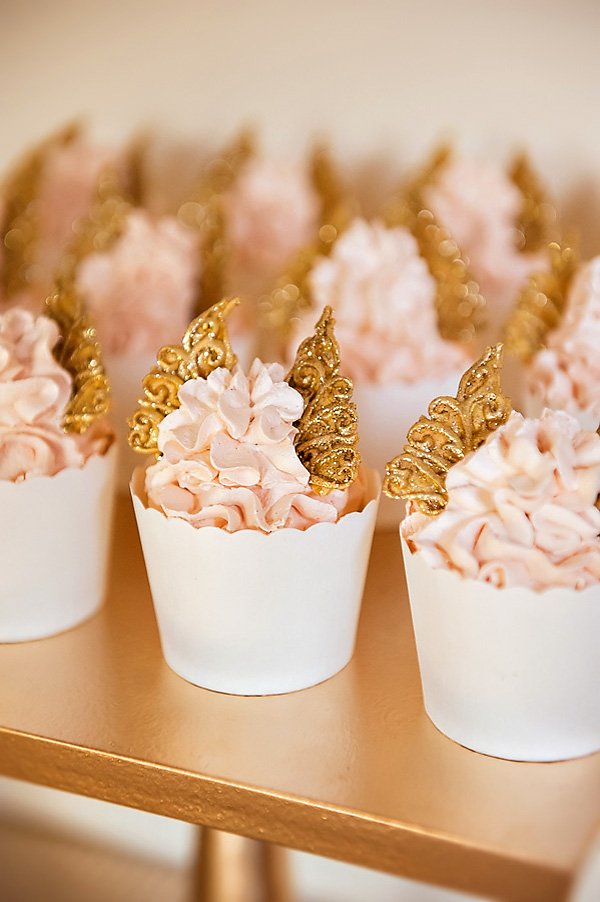 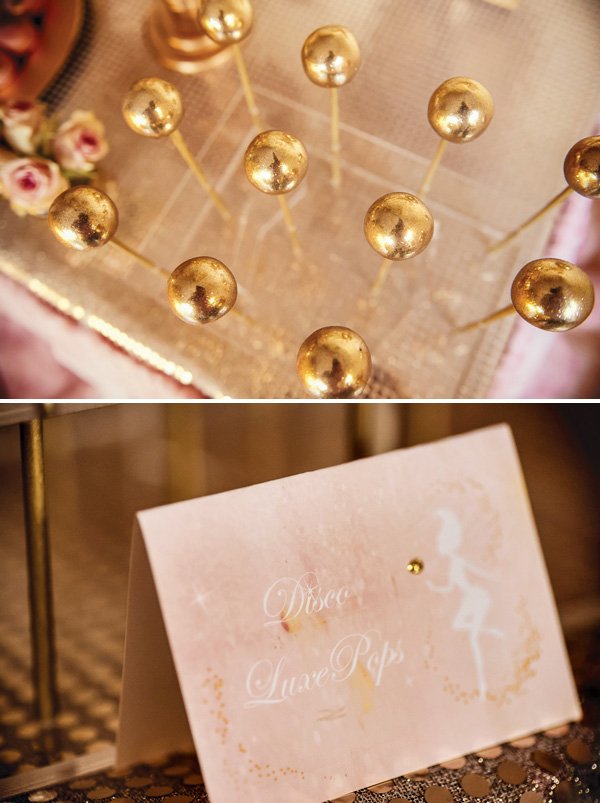 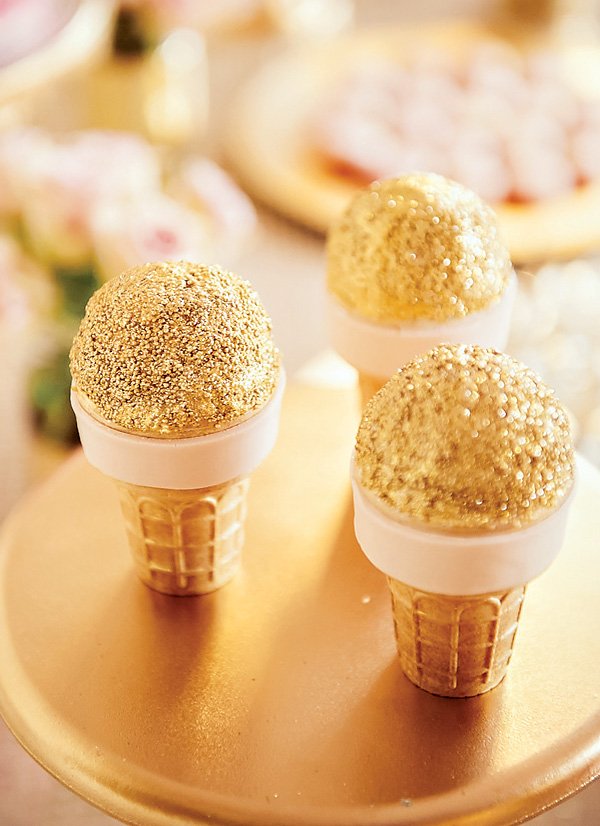 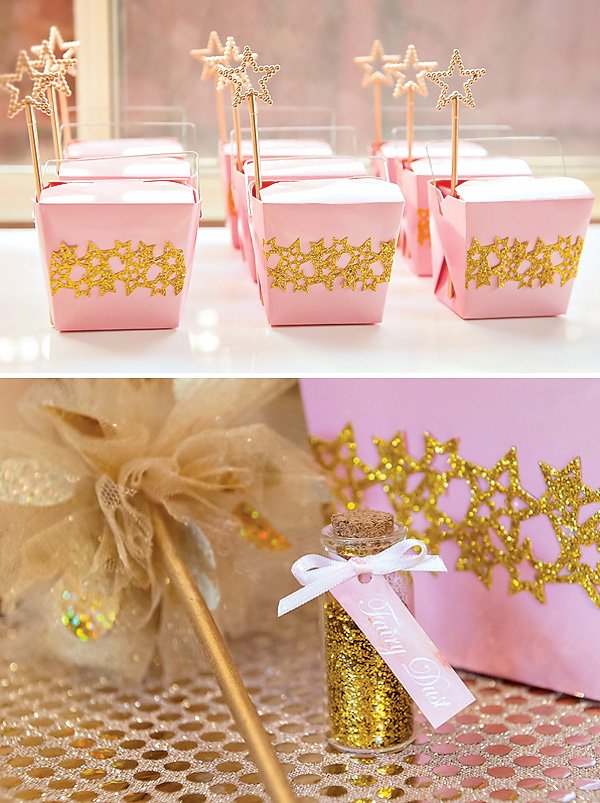 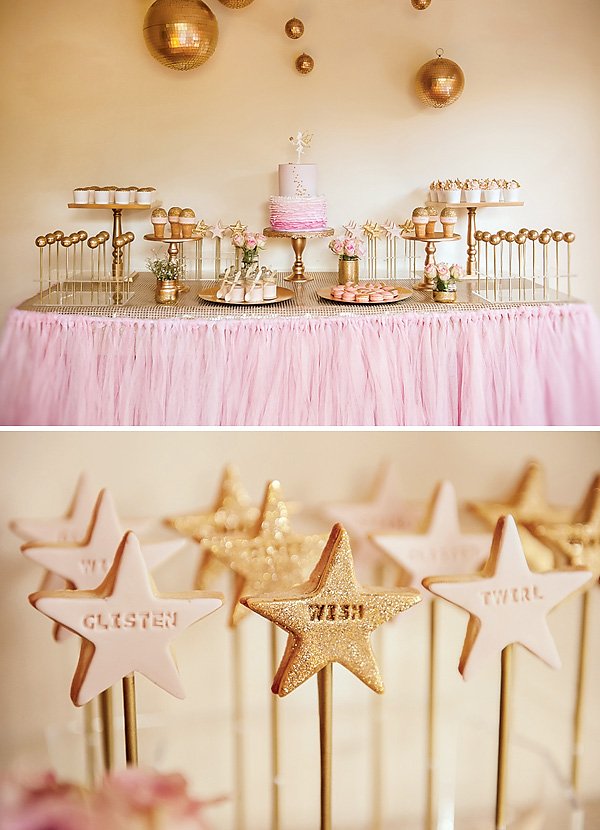 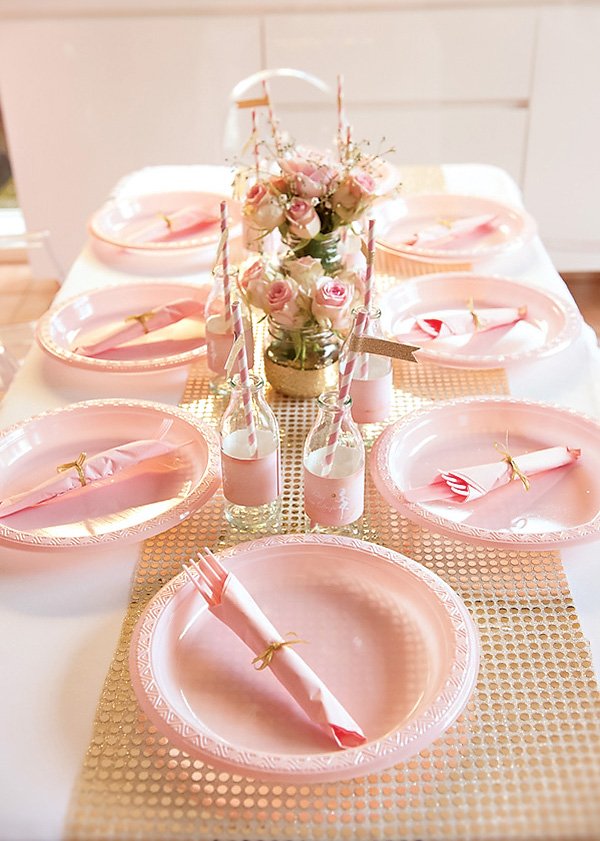 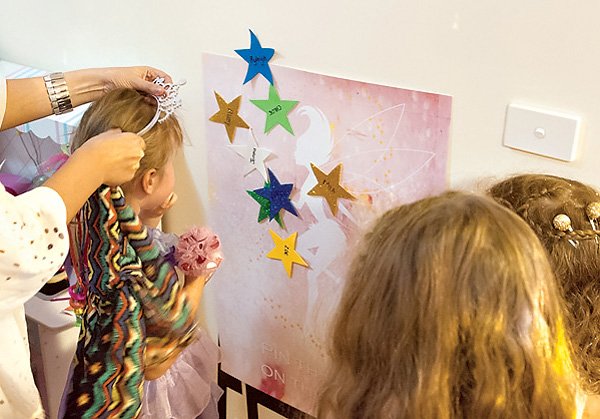 P.S. Watch them setup the dessert table below!

PARTY DETAILS, as told by Liat…

Last year while we were visiting South Africa, my daughter Mia found a sequined hat that looked like a disco ball. We called it a disco hat and from that moment she decided that her 5th birthday party was going to be a disco. As a photographer I work with many, many amazing stylists and had been planning something beautiful and girly for her birthday but she was adamant she wanted a disco.

Over the months I managed to convince my strong-willed little girl that it would be a fairy disco and I began to collaborate with the lovely Belinda of Styled by Belle on how we could make the fairy disco a bit less disco and a bit more girly. We came up with a peachy pink and soft gold palette. Then we got Catherine of Sweet Empire on board and she came up with some amazing ideas for all the sweets, including her exclusive luxe gold cake pops which almost look good enough not to eat… almost! She also created the stunning disco microphone pops, divine strawberry panacottas, and fairy wand cookies each stamped with a different word: twirl, glitter, sparkle, wish, etc. Catherine also created two kinds of amazing cupcakes. The first was a glitter ball cupcake that not only looked spectacular, it tasted divine! The second was a buttercream cupcake with golden fairy wings.

The beautiful Debbi of Studio cake also created an incredible two-tiered chocolate mud cake with a acrylic cut out of the fairy from Mia’s invitation. In addition, she created a cascade of fondant fairy glitter balls. I am still in love with the cake and Mia couldn’t have been happier.

We used the fairy from the invitation, which Belinda and I designed together,  in a “Pin the Star on the Wand” fairy game as well, while also playing musical statues, pass the parcel, and craft games.

Belinda of Styled by Belle put everything together into a stylish, beautiful, feminine disco party. Without this team of incredible ladies, none of it would have been possible and I can’t thank them enough for their incredible talent and love.

The gorgeous table cloth was supplied by Leo & Bella, and the little kids ghost chairs were supplied by mini party people.