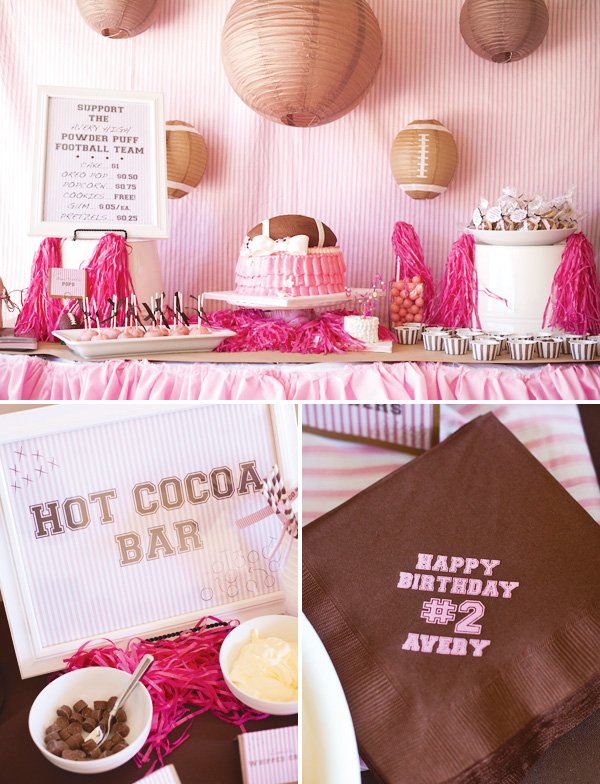 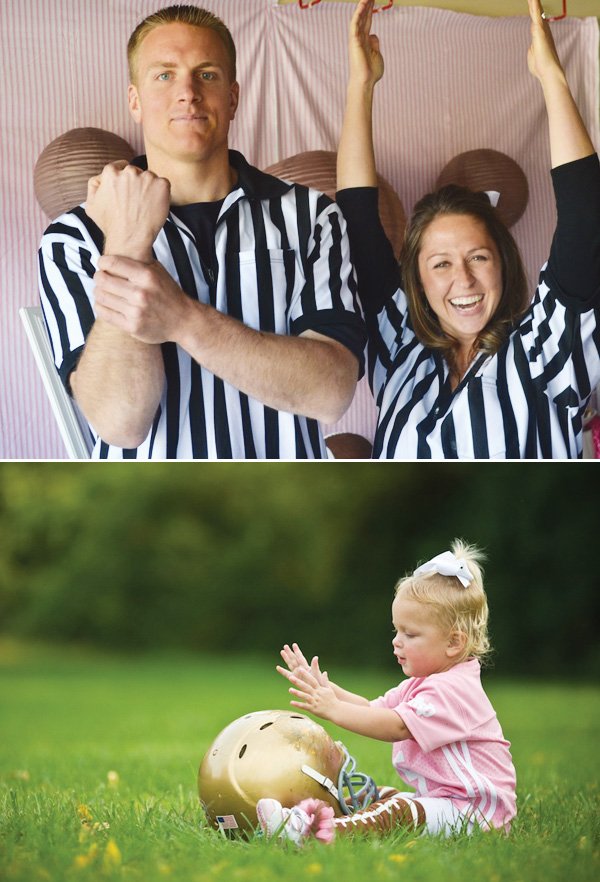 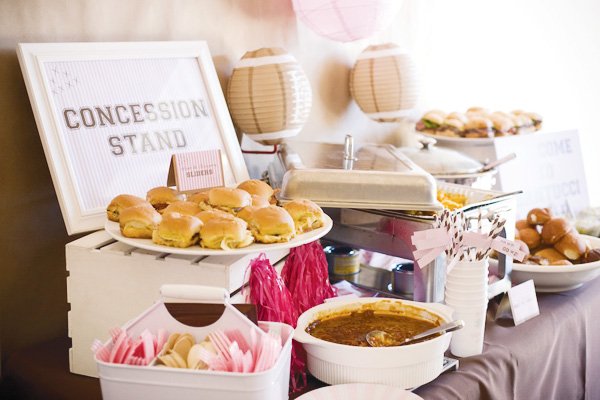 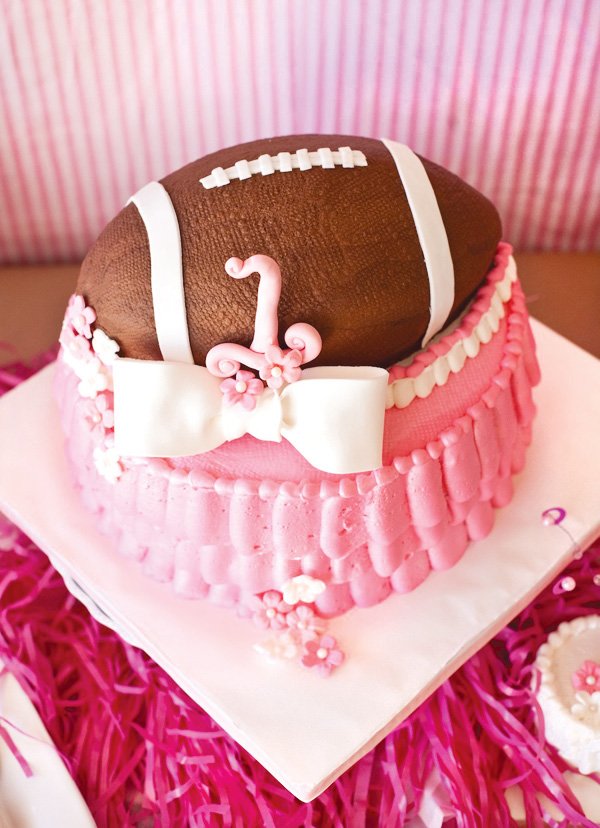 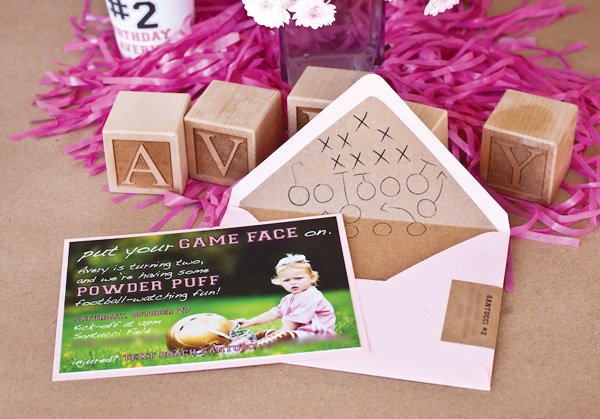 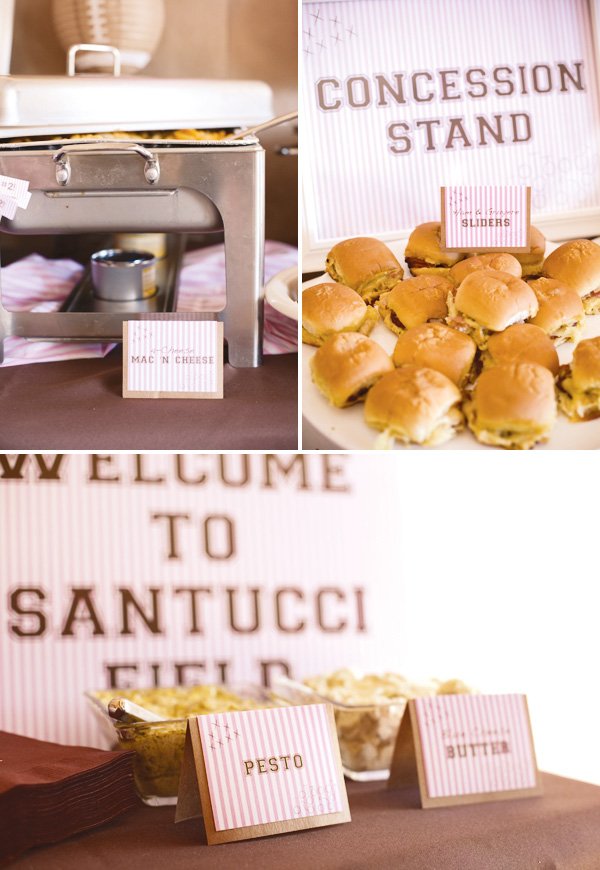 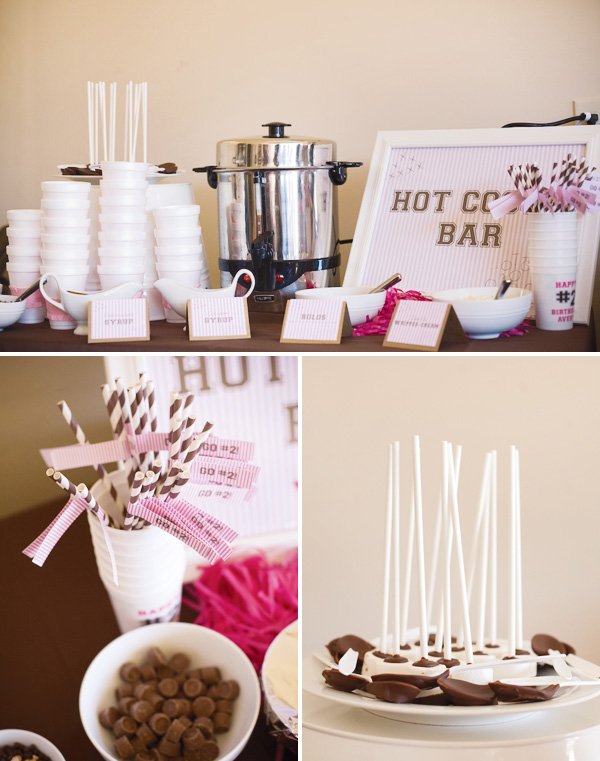 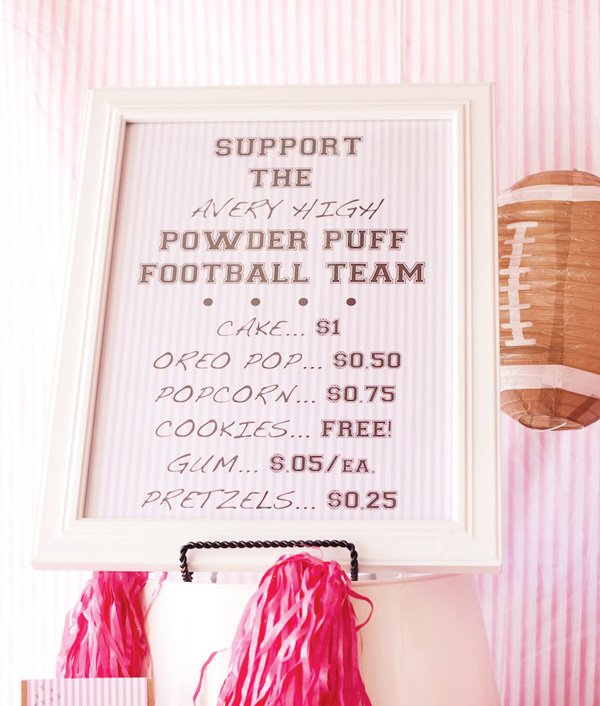 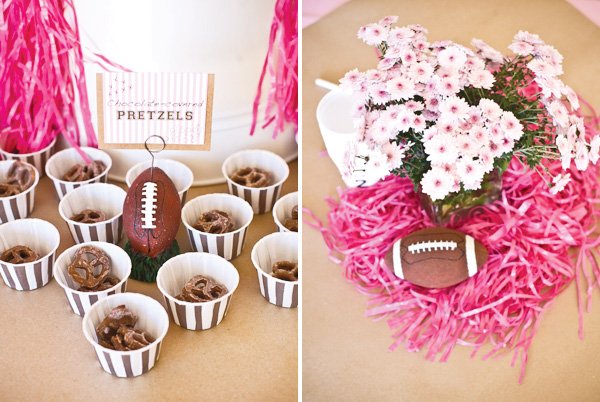 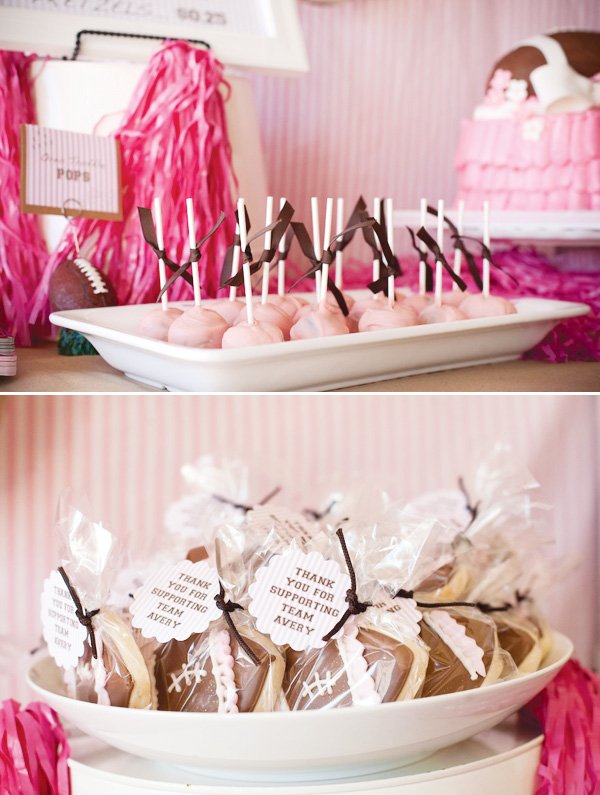 PARTY DETAILS, as told by Meredith…

Our daughter turned 2 at the end of October and I thought, what better way to celebrate her birthday than to have one big (glorified) football-watching party! There were so many great games on and I knew all of the men would be glued to the TV’s anyway, so we pulled out the pigskin and pink (with lots of ruffles) and had a fun day! The inspiration for the theme really stemmed from the fact that Avery loves to throw balls of any sort around. She watches big brother everyday and in a room full of toys, will usually go straight for the football. It was fitting! My husband and I played “referee” for the day (but what’s new!) :)

DECOR
I first started with the dessert table skirt and sewed pink ruffles to a white bed sheet. I then took a pink and white striped fabric and tied that throughout the rest of the party. It was used as the dessert table backdrop and runner on the food table. I found cheap football paper lanterns at Michael’s and used those on both of the backdrops and the theme started to come alive. With October being Breast Cancer Awareness Month, it was also incredibly easy for me to find pink fan pom poms, so I scooped up at least 50 of those and scattered those throughout the entire party (and even used them as the base of the table centerpieces. My husband played college and professional football, as well, so it was easy for me to scrounge up enough footballs from around the house to place throughout.

PAPER GOODS
I designed the invitation from a photo that my photographer, Jeff Hemmerlein, took of Avery recently. She definitely had her “game face” on in the photo so it was a perfect phrase to use. I used the “x’s and o’s” scheme throughout all of the paper goods (signage, banners, etc.) to tie it all together. I also took the stripes pattern from the fabric and used it for the background of all of the signage. The food table was called the “Concession Stand” and for that day, our home was dubbed “Santucci Field.”

FOOD
For the food, we decided to do glorified tailgate/concession stand food. The caterer, Carrie of Chic Eats Catering, did a phenomenal job on the food. We had a mini slider bar which included Ham/Gruyere sliders, Beef Tenderloin sliders and Sun-dried Tomato BBQ Chicken sliders. Along with those we had 4-cheese mac n cheese, baked beans and salad.

DESSERT TABLE
On the dessert table, we served the cake with an edible football on top from baker, Sahara Katz and oreo truffle pops, chocolate-covered pretzels, popcorn and gum.