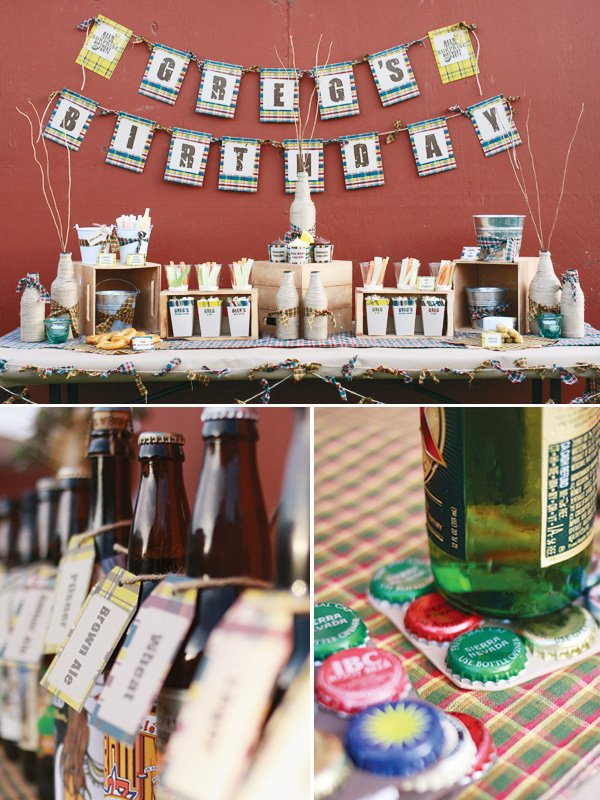 So long ruffled cupcakes and girly-girl decor… paper & cake put together this super cool  Plaid Flannel Beer Tasting Party with the BOYS in mind! And with a tempting spread of gourmet beers and “bar food inspired” snacks like salted bread pretzels, nachos, and Chocolate Guinness cupcakes, I’m pretty sure the girls won’t mind attending this one either. ;) There are some great ideas here for any beer tasting party OR – hint hint – for Father’s Day! 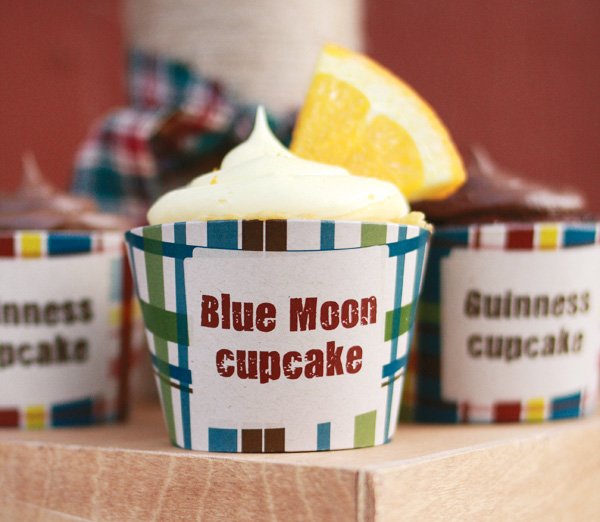 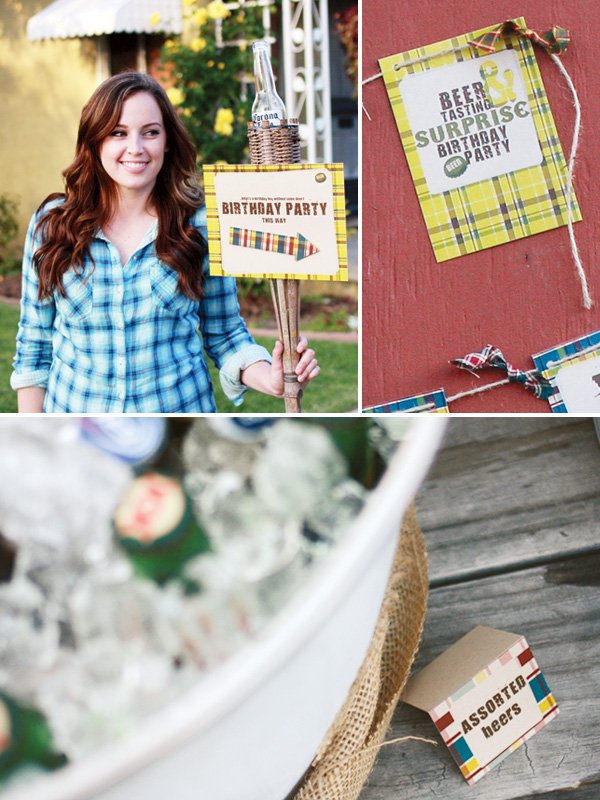 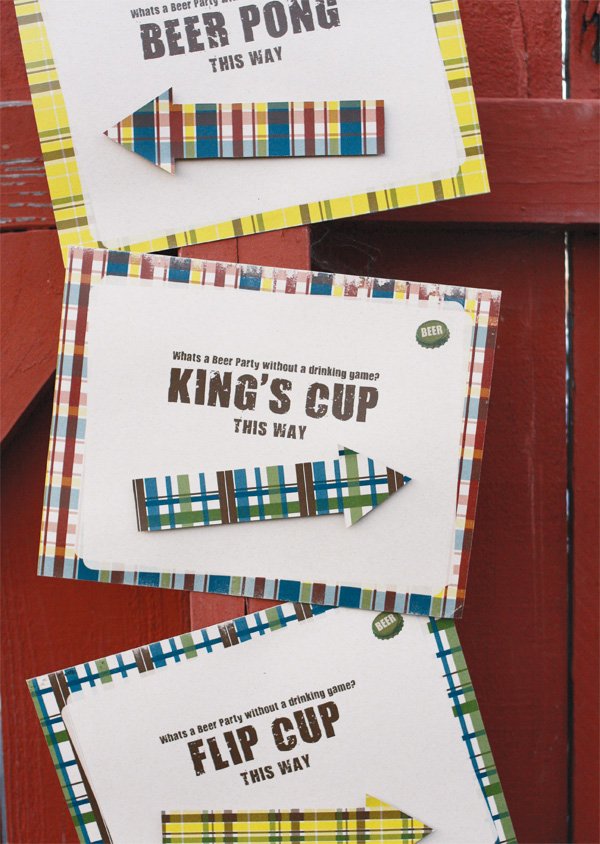 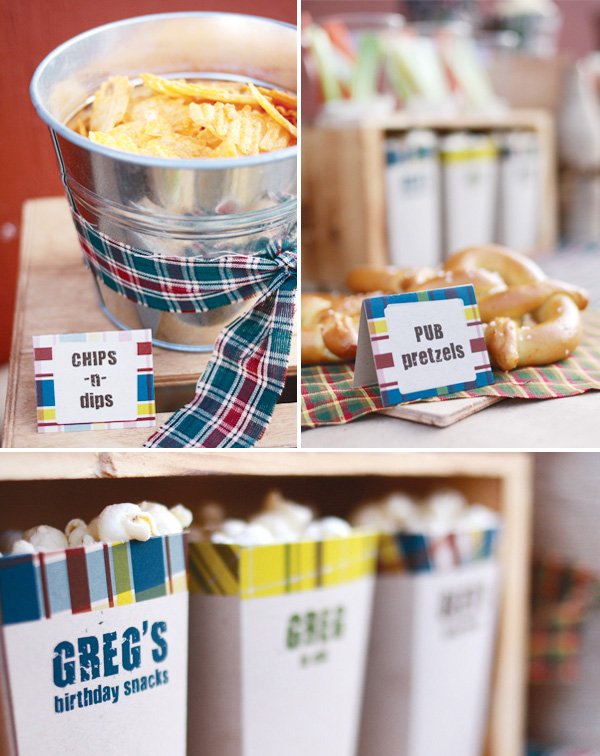 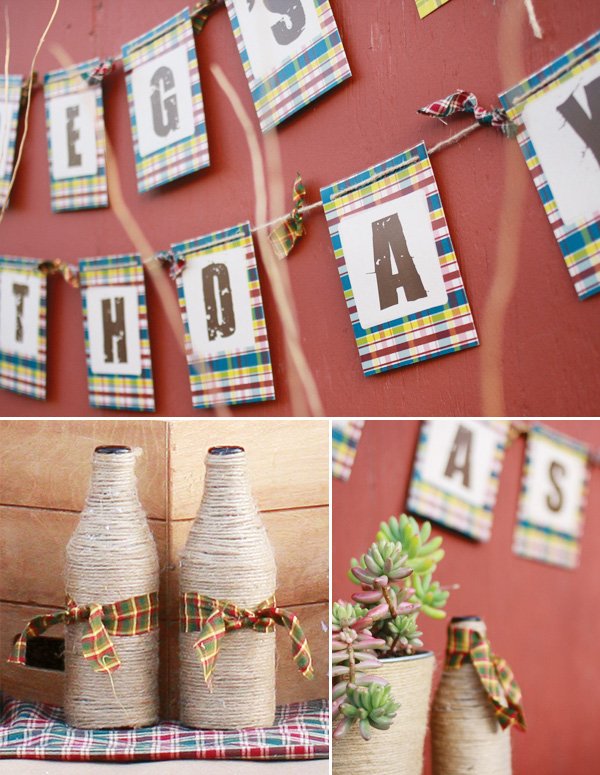 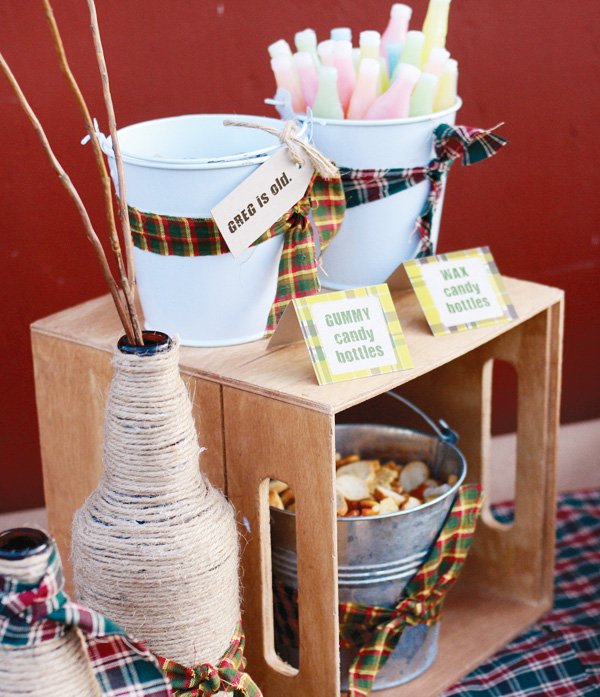 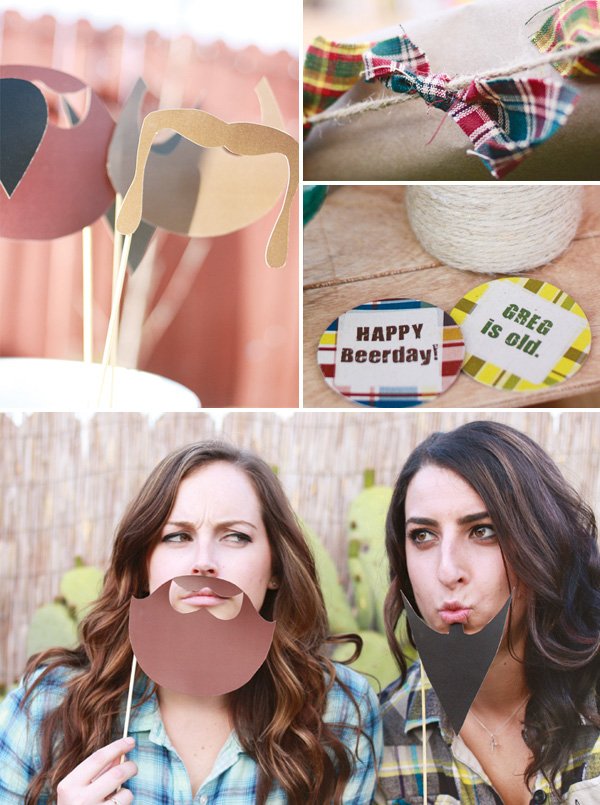 PARTY DETAILS, as told by Jordan…

I have always wanted to create an amazing party for my boyfriend and really show him what it is that we do. Let’s be honest, there is a limit to non “party person’s” interest in tablescapes and party food labels. Not everyone can appreciate them as much as us. I knew it was going to take something different from the traditional sweets table to really knock his socks off. So we got to thinking, what would a man appreciate in party? One word came to mind… BEER. Am I right or am I really right?

Beer and Wine Tasting parties have definitely been done before, but we wanted to create a uniquely designed party that was masculine enough for guys to really appreciate. There are very few parties out there for the wonderful and supportive men in our lives… so raise your glasses and let’s give up for the boys, beer style!

Plaid was an instant inspiration for the design of this set. We enhanced the Printables with tons of plaid fabric bunting and even more jute! The food table included popular “bar food” such as: pub pretzels, popcorn, cheese sticks, pub mix, and chips. Later during the party, our guests got to grub on some other favorites like wings with celery & carrots and nachos!

For the Beer Tasting table we provided nine different beers, all of a different style. We tasted an IPA, Wheat, Stout, Porter, Brown Ale, Lager, Amber Ale, Cider and a Pilsner. Not to mention, we also provided buckets… and I mean buckets, of assorted beers. All of our beer patrons were required to wear plaid in honor of our birthday boy, and we also asked each guest to bring a six pack of some unique beer. This made the beer tasting just that much more fun. A “Make your own Shandy” station was created with lemonade and sprite for those who wanted to take a different approach to their beer tasting adventure.

Handmade coasters were created just for this party… super easy too! We hot glued old bottle caps to some foam squares and voila! I knew I had to whip up some fun cupcakes and beer was a necessary ingredient! Blue Moon Vanilla and Chocolate Guinness cupcakes were served up and were a huge hit.

No paper & cake party is complete without some photo booth props! Our Birthday boy is a big fan of beards, particularly his own, so we thought it would be awesome to supply some photo-worthy beard and mustache props for our guests to have fun with. Among all of the beer fun, we just had to create some designated beer game stations like Beer Pong, Kings Cup, and Flip Cup.