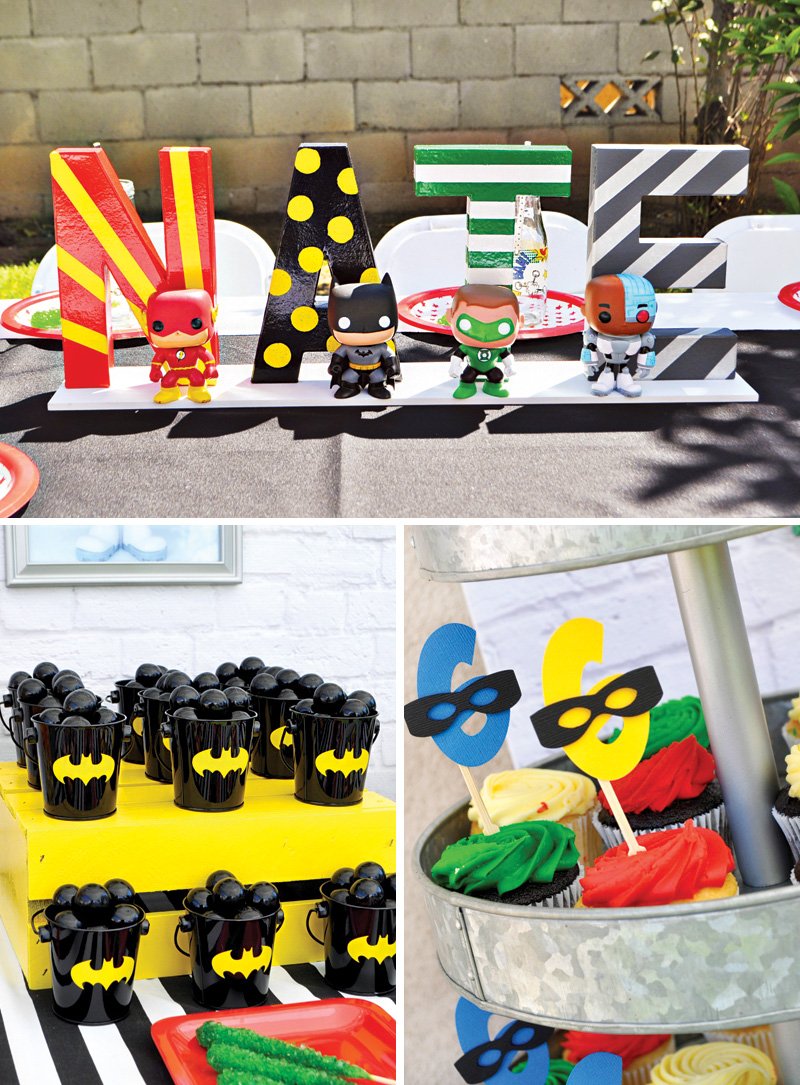 Did somebody call Super-Mom?! Jeannette Rivas of J. At Your Service came soaring in to the rescue with this POP Heroes Justice League Birthday Party! Her son, Nate, loves these action figures, and since they’re fairly new, Jeannette had to come up with some clever crafting to really bring them to life. I just love all of the colorful, graphic elements — they really make this party POP! ;) 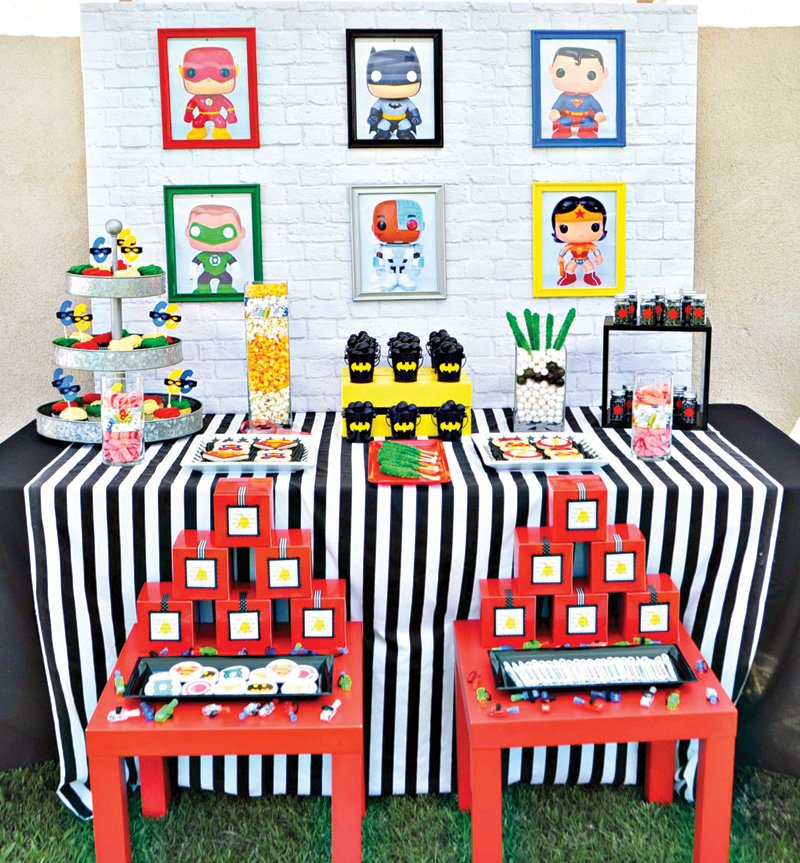 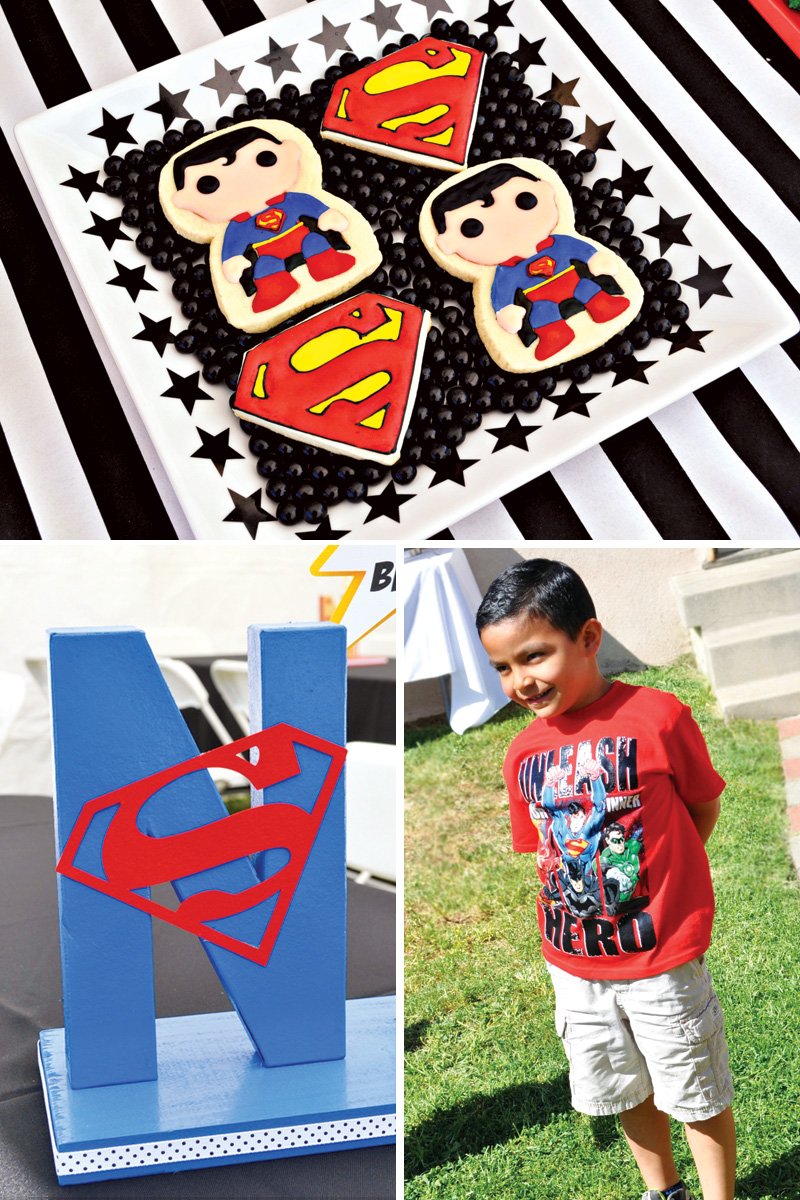 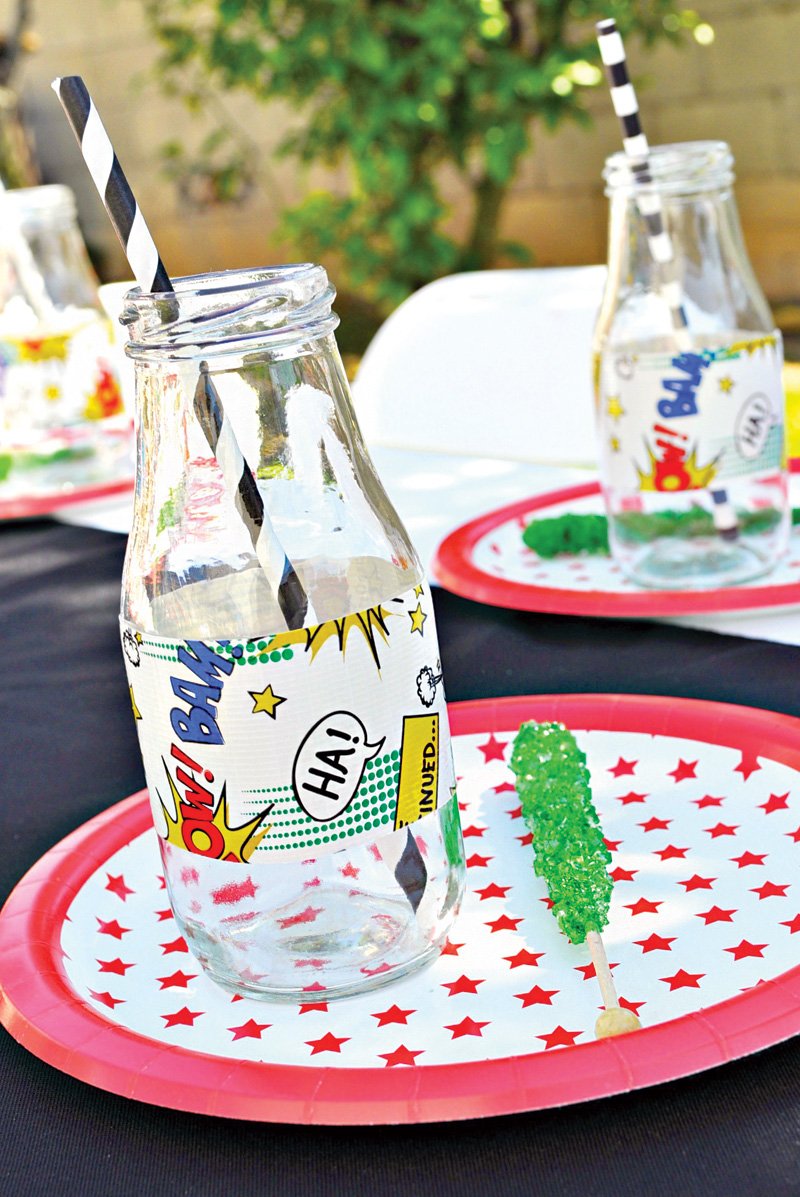 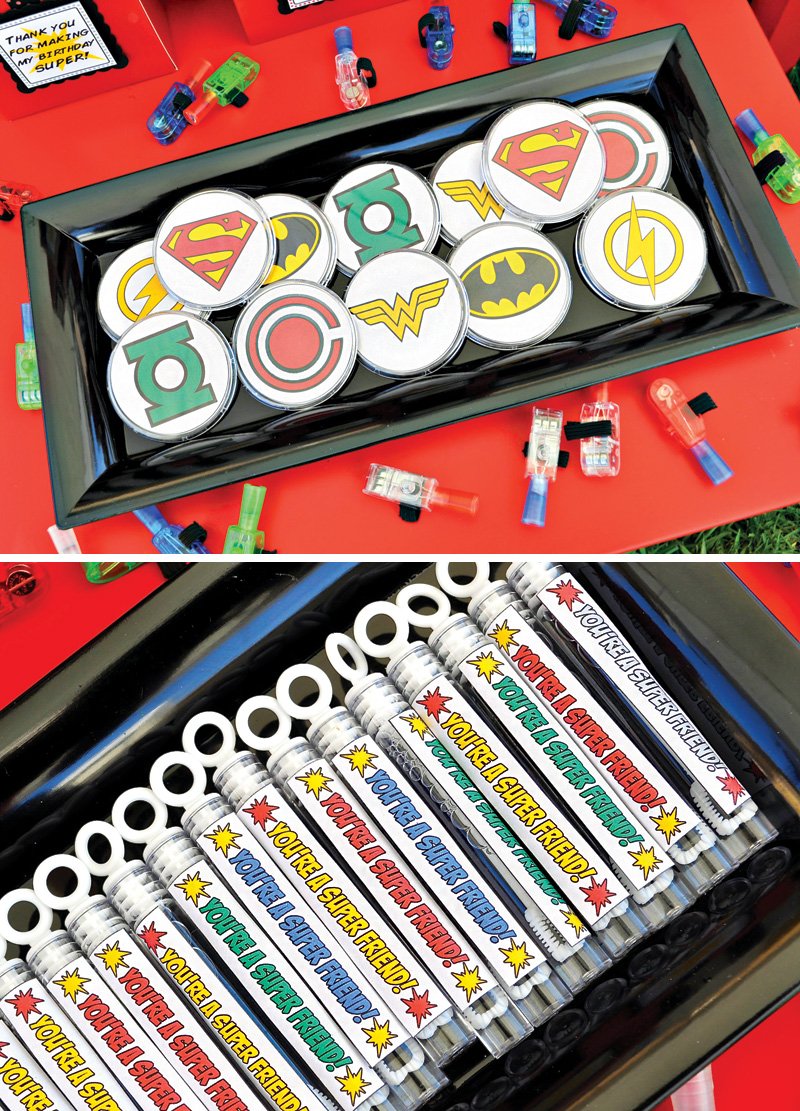 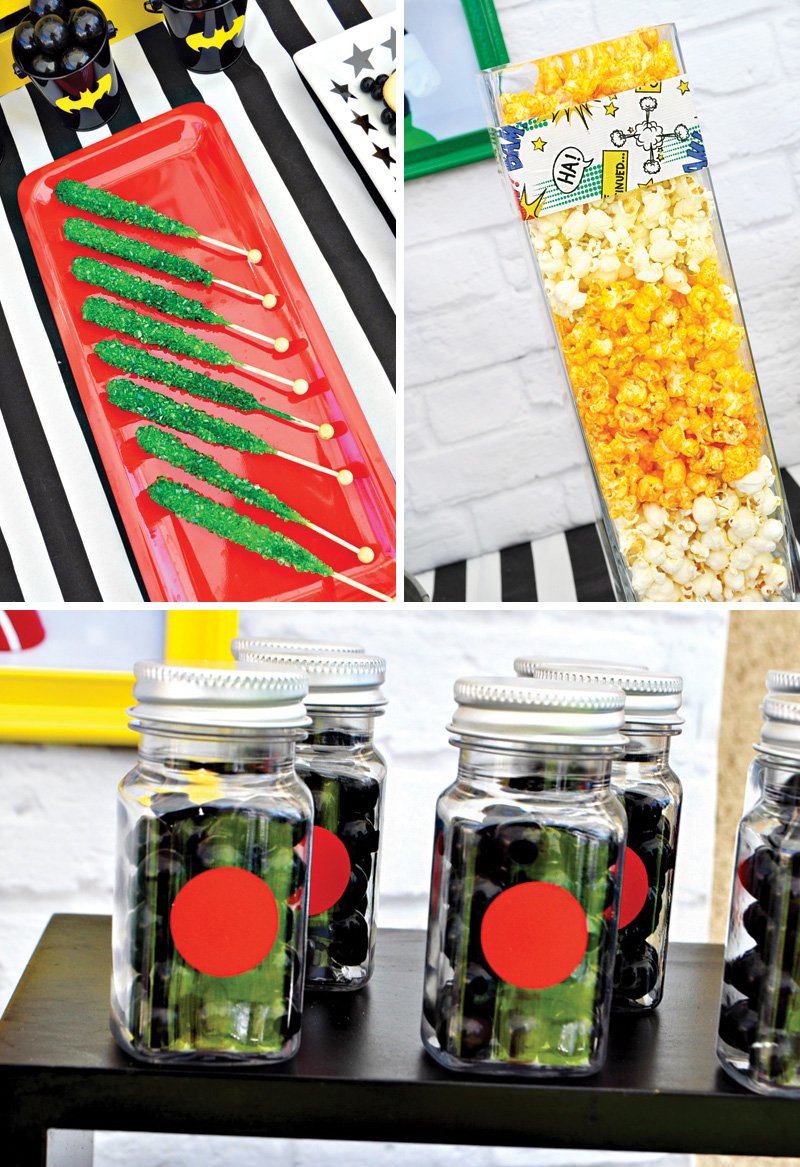 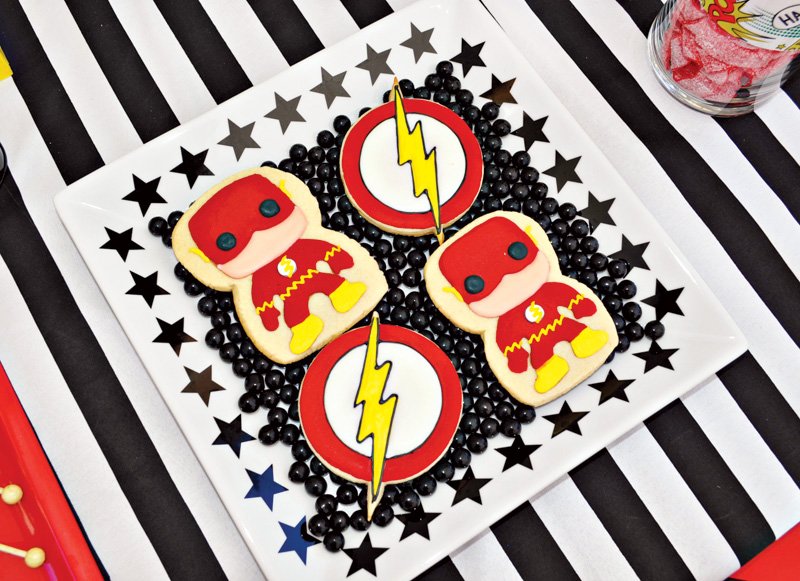 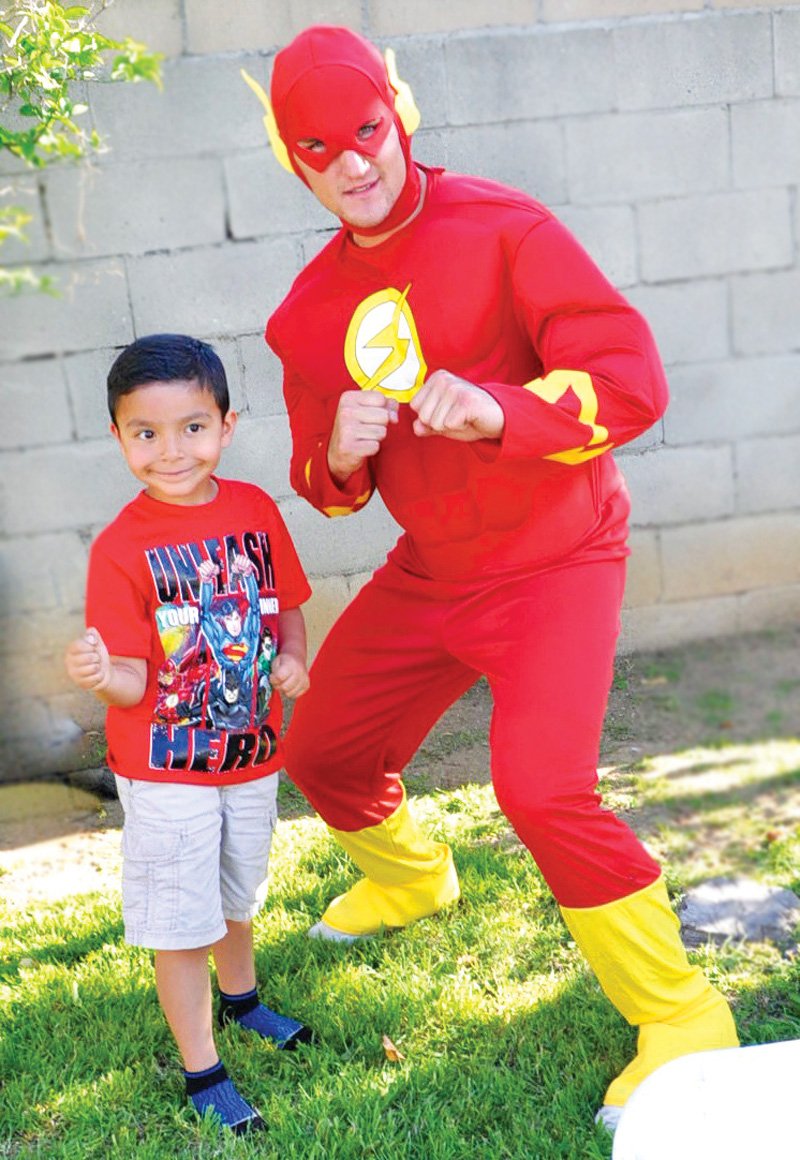 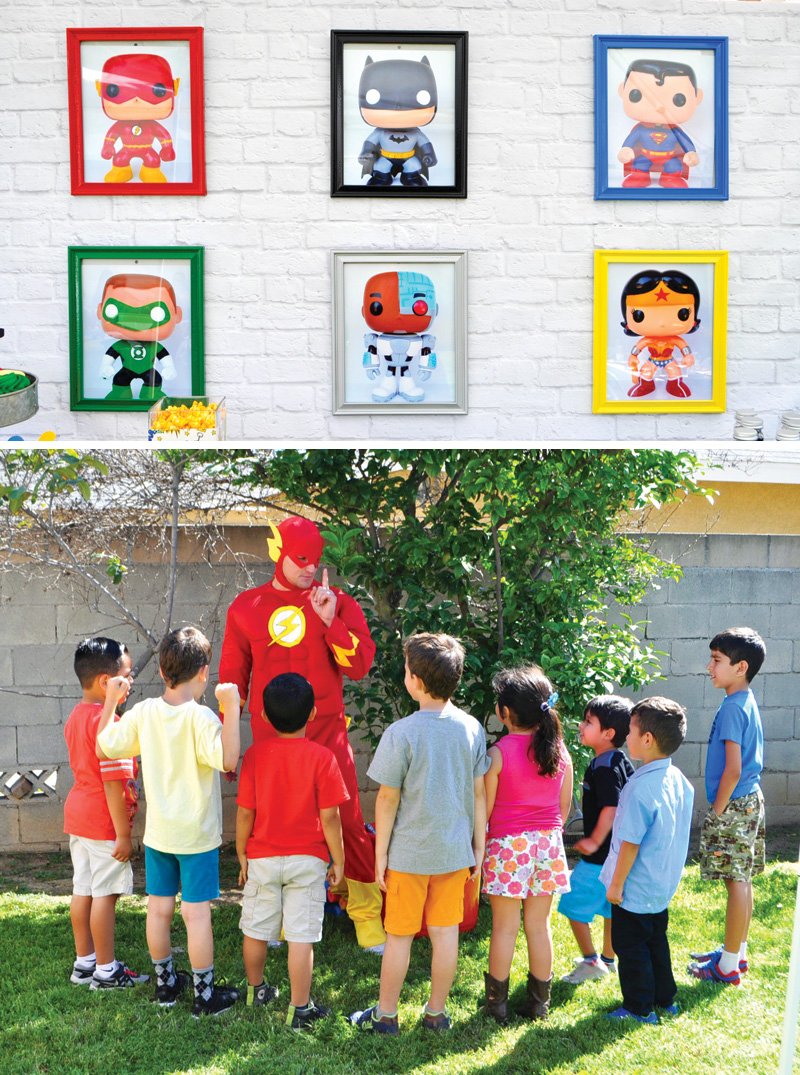 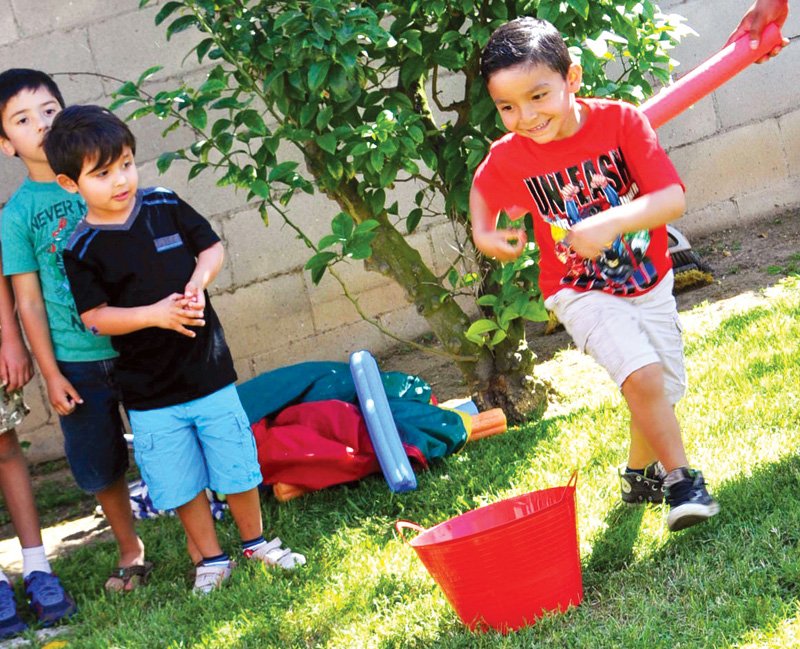 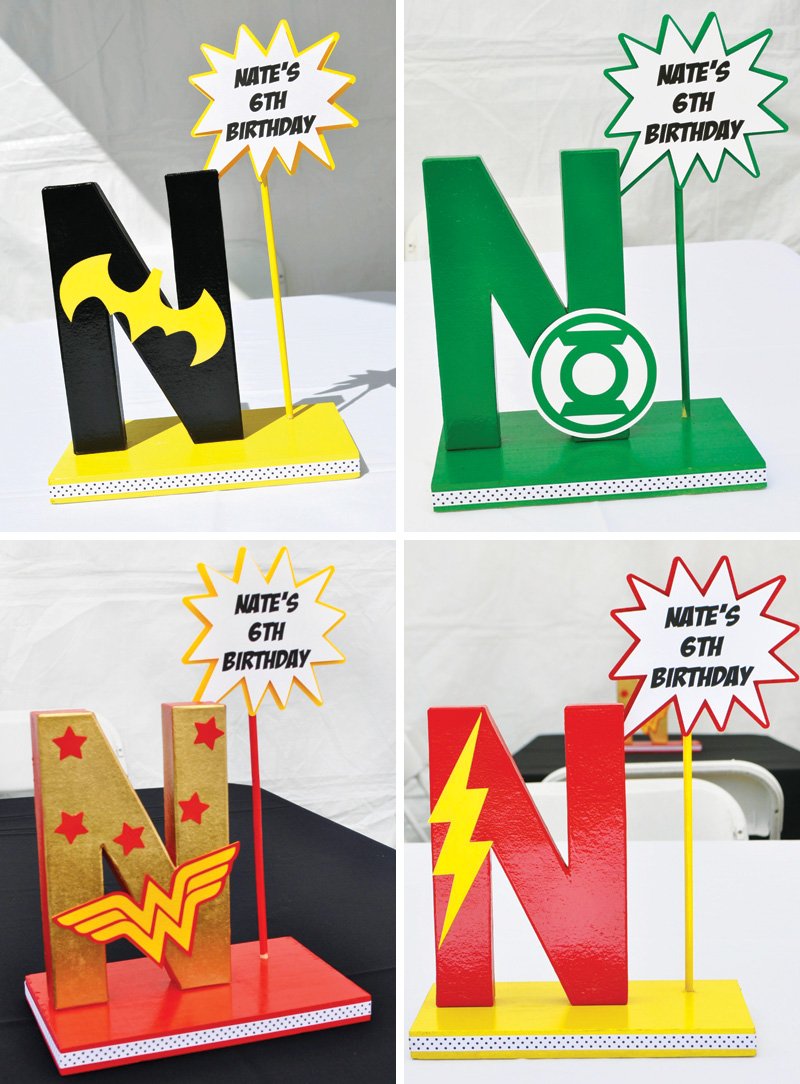 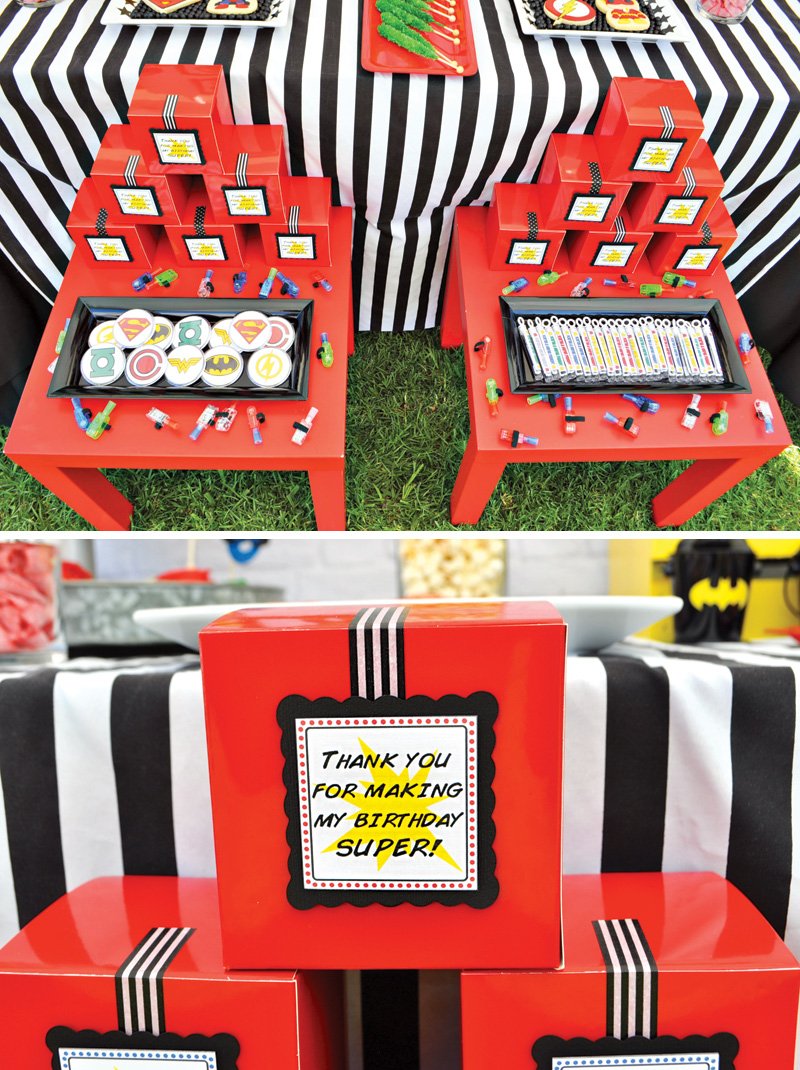 I put together this Justice League birthday party with my son’s favorite POP Hero figures as the inspiration. Because these are fairly new, there isn’t much decor out there for them. I had a POP Heroes photoshoot with my son’s figures and made them the backdrop for his dessert table, which ended up being my favorite element of the party! I used stripes for this modern theme and well, since I just love stripes. Auntie Bea’s Bakery did an amazing job replicating the dolls in cookie form.

I created the guest table centerpieces themed to each of the characters of the Justice League. Cyborg, Batman, Wonder Woman, The Flash, Green Lantern and Superman. Another favorite of mine, is my son’s kids table. I made a name plaque centerpiece with the POP Heroes in mind and used the actual figures as well. Each plate setting had round star print plates, green rock candy sticks and milk jars wrapped with a superhero print duct tape (with straw). We hired “The Flash” to do some Hero training and the kids just loved him! It really made the party complete and my son had the best time.