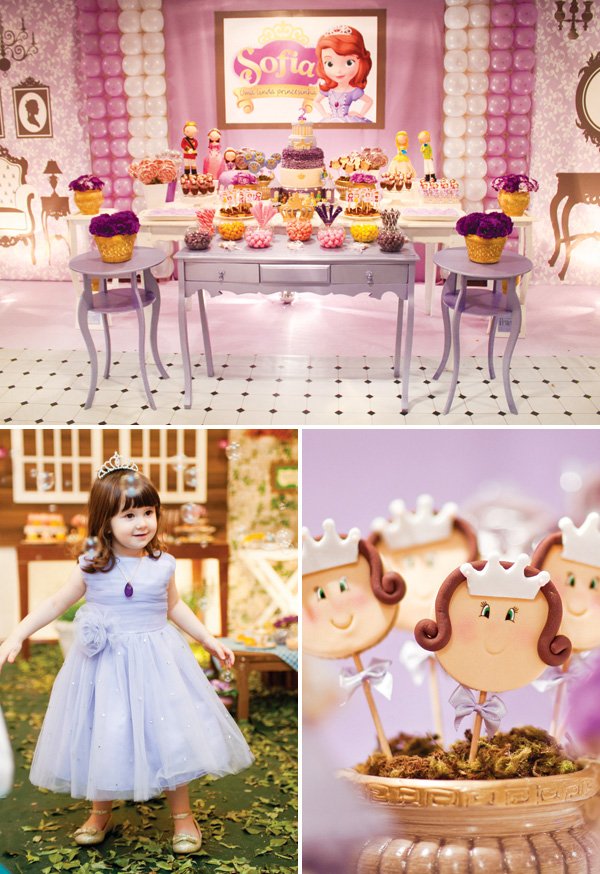 Calling all Princesses in training… we’ve got quite the royal treat for you today! As you may have noticed, Sofia the First has been a huge trend in parties lately. And when the daughter of event designer Aline Menezes of Pink Ateliê de Festas was turning two, she knew exactly what kind of party her own little Sofia would have. For this Princess Sofia the First Birthday, Aline recreated the world that Princess Sofia lives in – off screen – complete with the castle, royal garden, Sofia’s bedroom, and all of her animal friends! There is SO much inspiration to be found here for any Sofia the First party — not to mention incredible handiwork to admire by some very talented vendors – take a look! :) 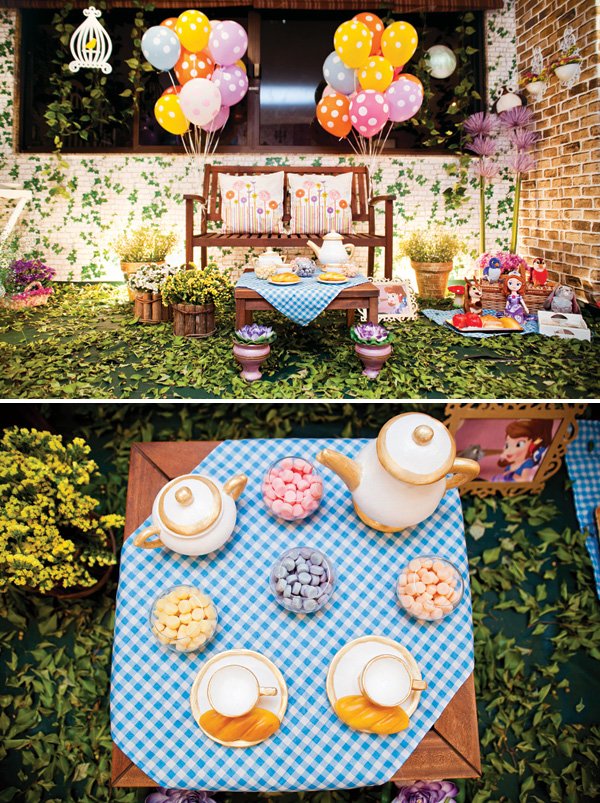 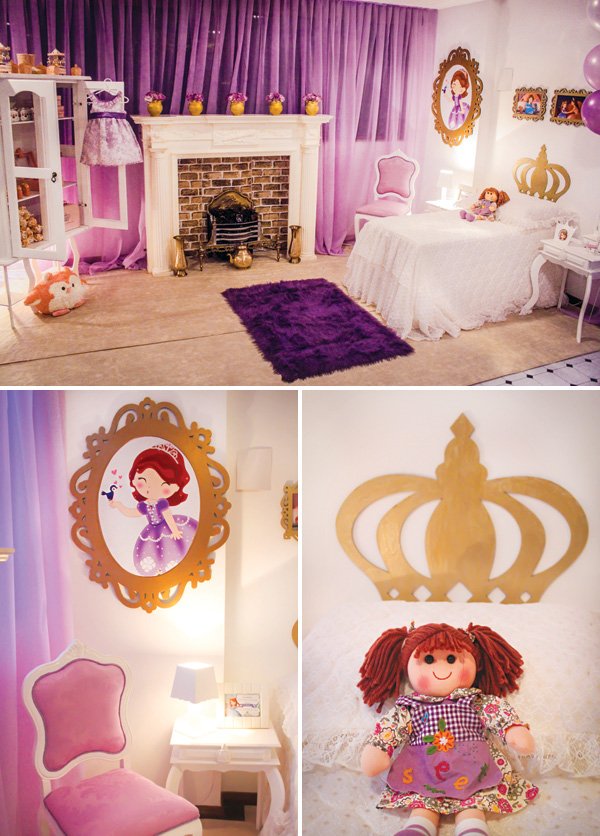 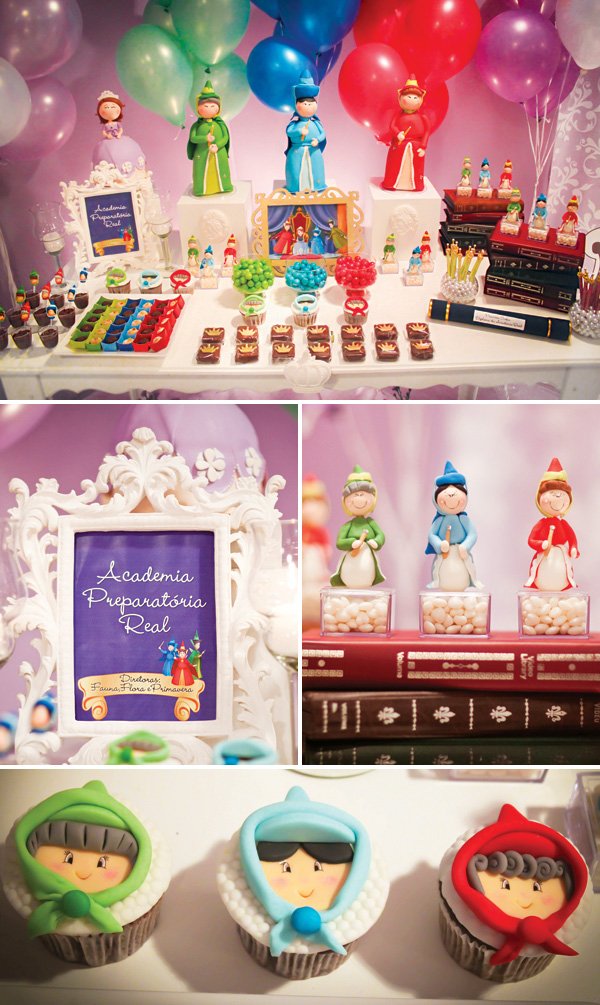 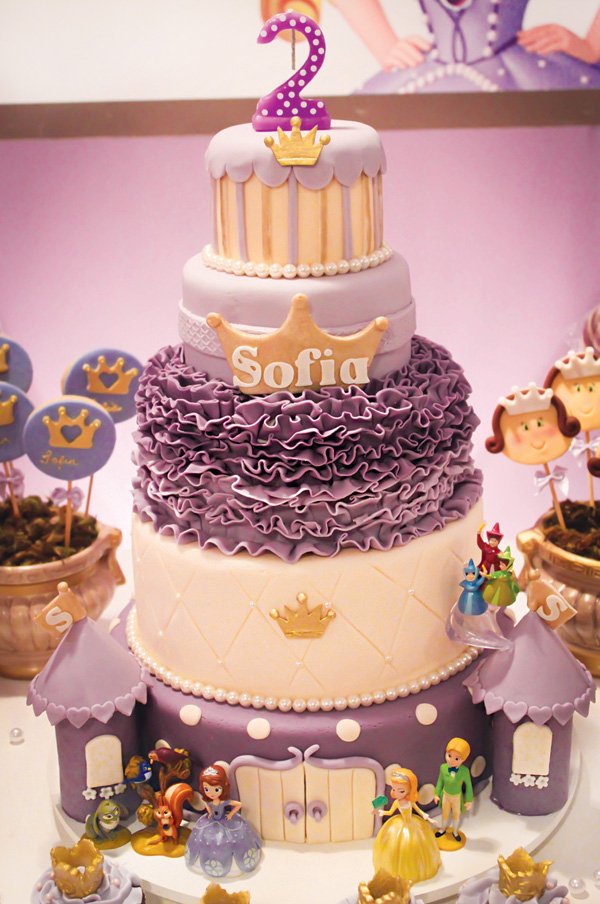 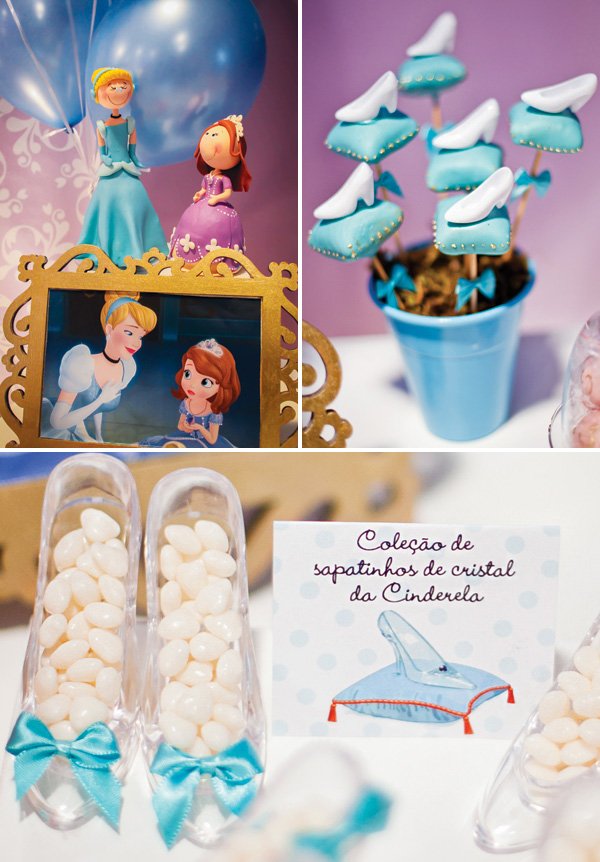 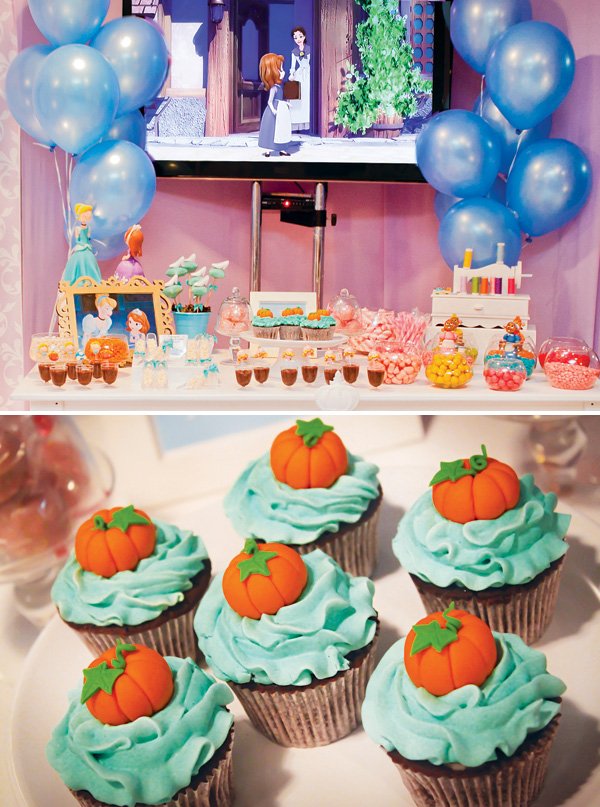 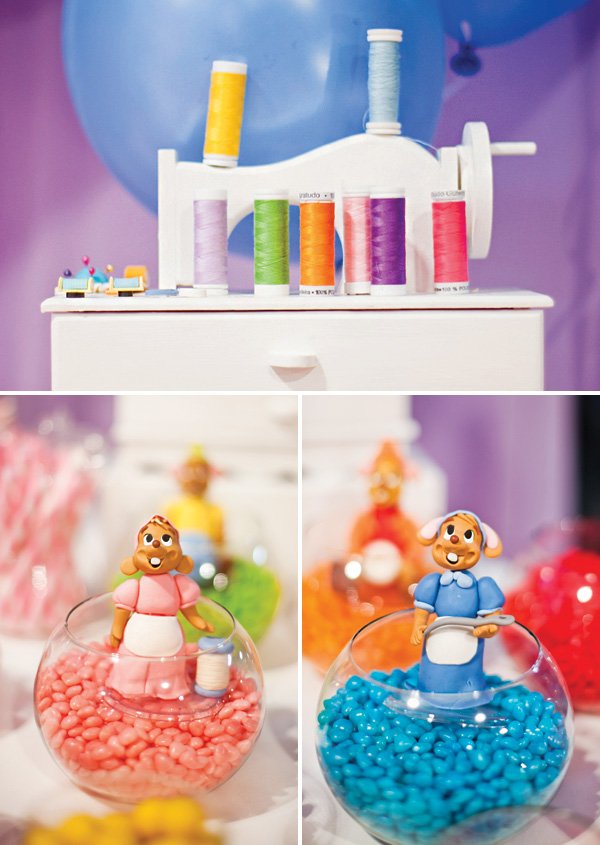 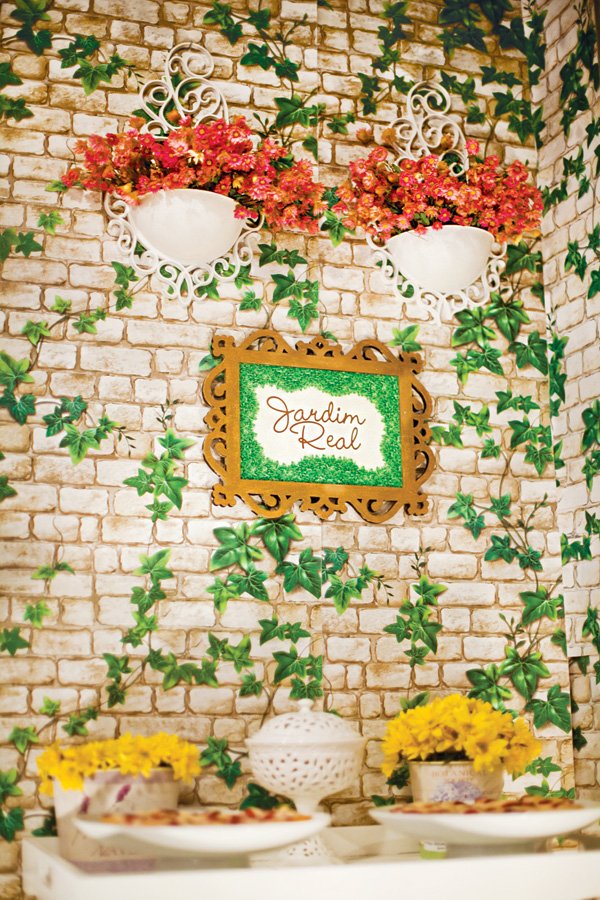 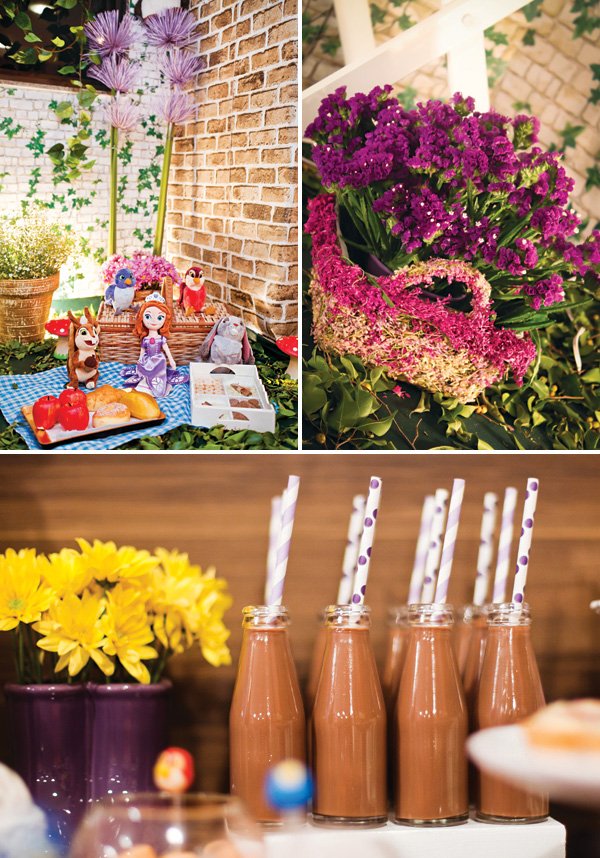 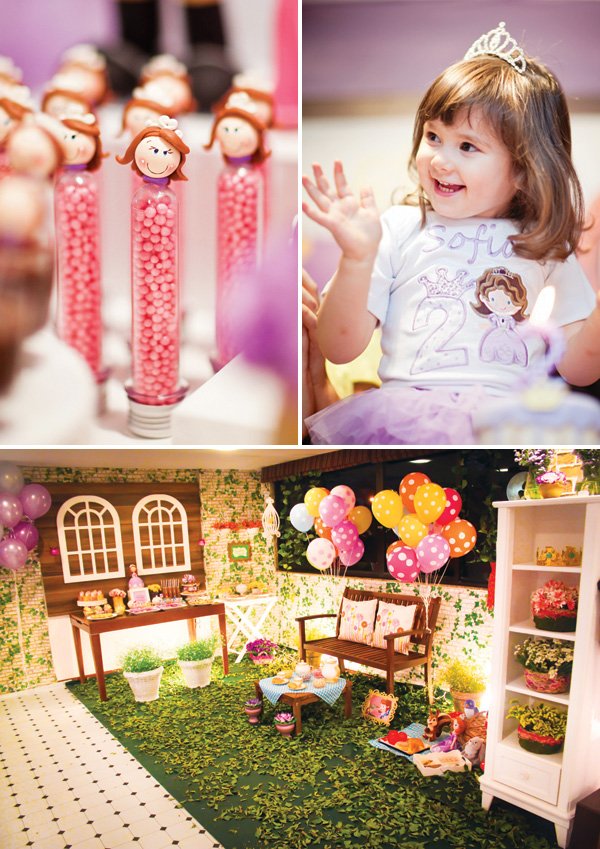 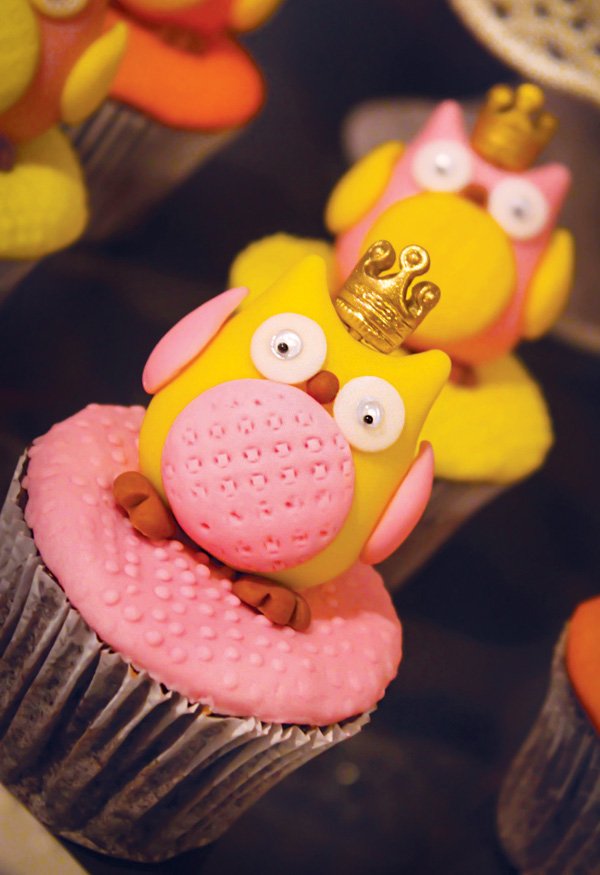 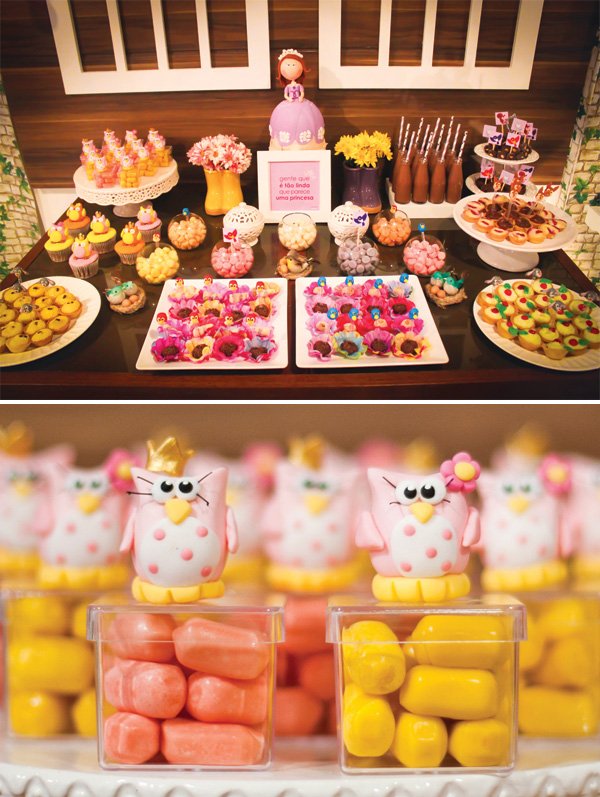 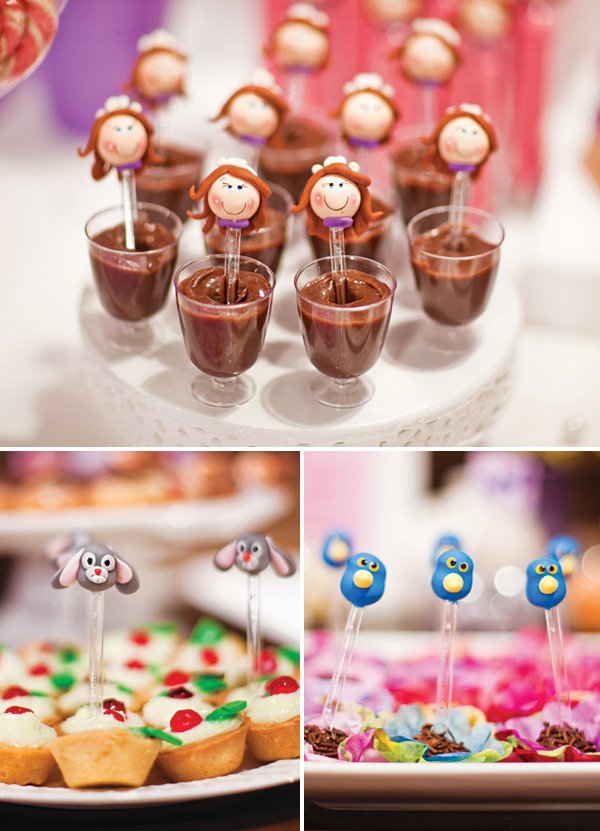 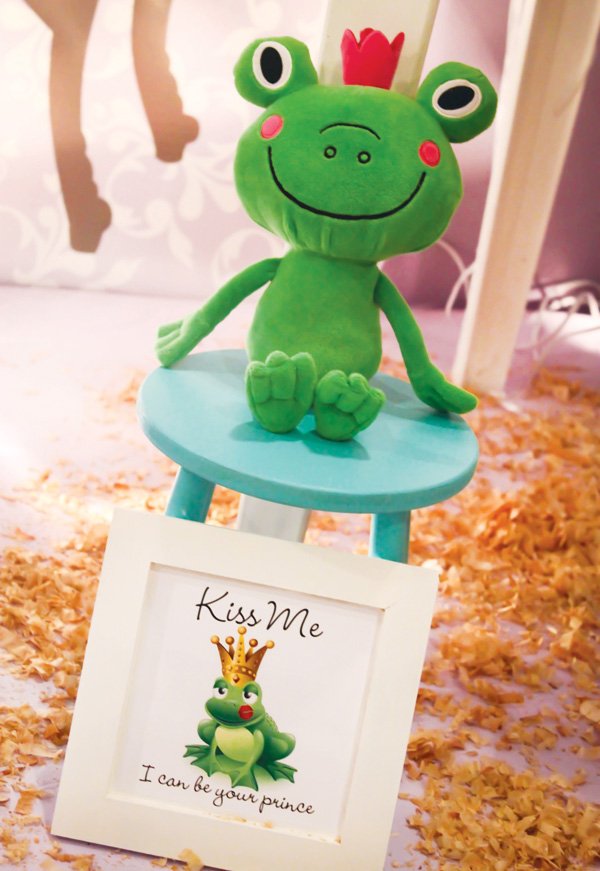 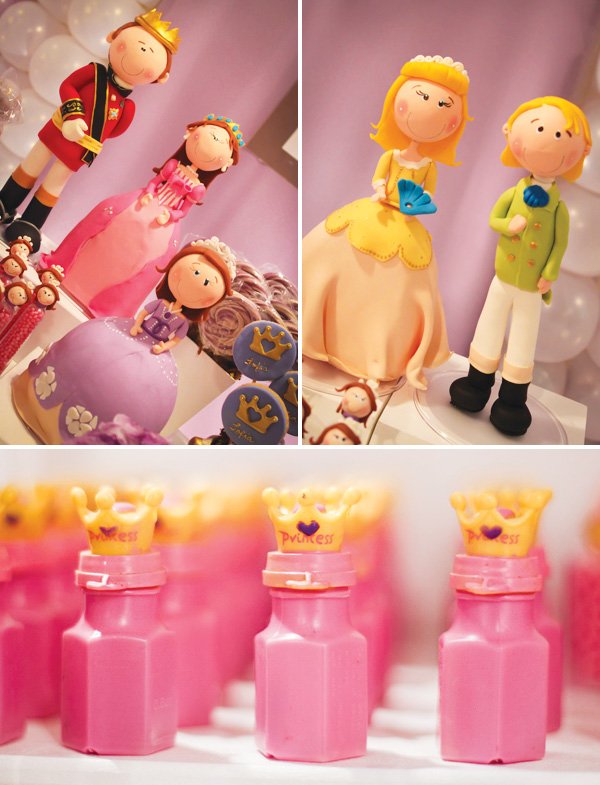 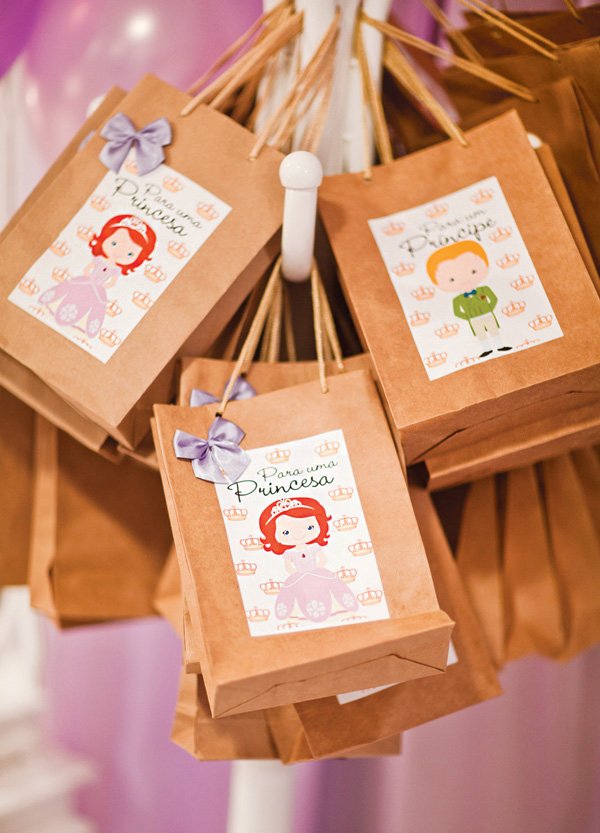 PARTY DETAILS as told by Aline…

This party was created for my daughter Sofia, who has the same name of the Disney Princess, and also looks a lot like her. She loves the movie, so the theme of the party  was a no-brainer! Every detail was thought out with great care and attention, in order to make a beautiful, unique, creative and special party.

Based on Princess Sofia history, I created a “Castle of Princess Sofia” in the salon. The walls of the room were covered with decor, as well as the floor, which we covered with a tile commonly found in castles. The central table represented the Royal Family, which had the characters of Sofia’s family: her mother, stepfather – the king and the two new brothers – Amber and James. I also created graphics for two panels simulating the furniture of the castle.On the side, we placed two round lilac tables, which gave charm to the whole atmosphere. I also used metallic balloons, giving an elegant look. There were two dessert tables on either side, one representing the Royal Academy, with the three fairies Fauna, Flora and Spring, that teach Sofia how to become a princess, and another table that symbolized Cinderella, who also appears in the film to help Sofia.

We also created a Royal Garden. I used lots of flowers, foliage and many colors to create very colorful garden. No detail was overlooked in the castle, so I also did the Princess’ bedroom. I set up a bed and even a fireplace to create the environment. We also had Sofia’s closet, with her clothes and jewelry.