The colorful party features a fabulous combination of magical fairies and dazzling sweet treats like pixie stix, a pink & purple toadstool cake, pink marshmallows, and more… what’s not to love?! 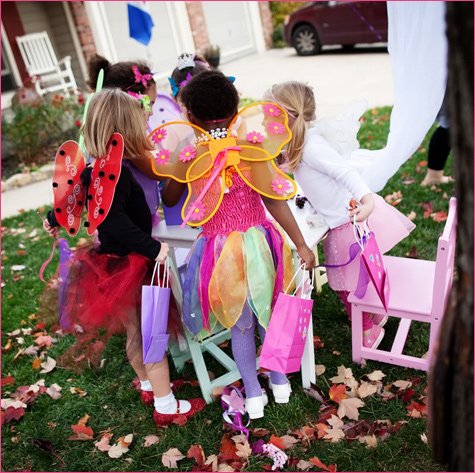 Read on for all the details, as told by Erin, and TONS of beautiful images from photographer Sarah Maxey, who caught all of the magic on camera… 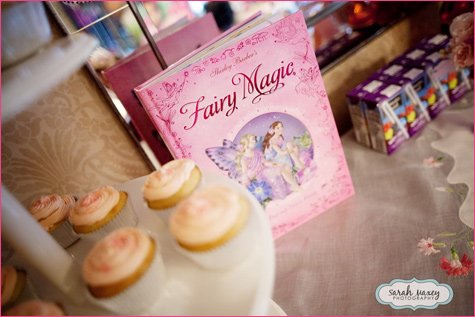 “When Amelia decided she wanted a fairy party for her birthday (MANY months before the actual date) my brain went into overdrive… I was thrilled to have a theme that wasn’t based off of a particular show or character!  Leaves more room for imagination! 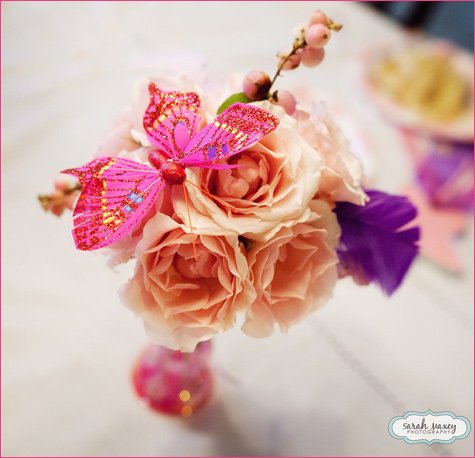 We lucked out and got a beautiful fall day. We started the party off inside, and the girls each decorated little paper bags… 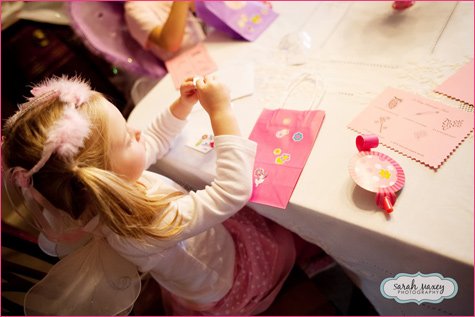 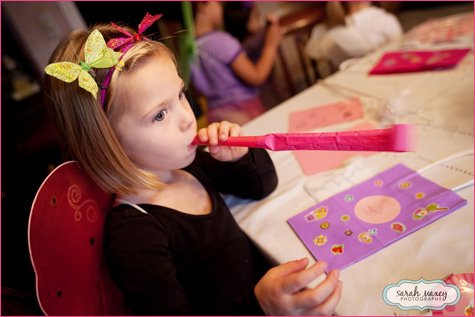 They used these bags for the party game that I’d planned – an outdoor “fairy scavenger hunt” complete with sweet little fairy doors. The girls were asked to find a glittery pinecone, an autumn leaf, a bag of fairy dust, a magic wand, a pretty feather, etc. (My back-up plan was to move the game indoors if the weather was bad.) 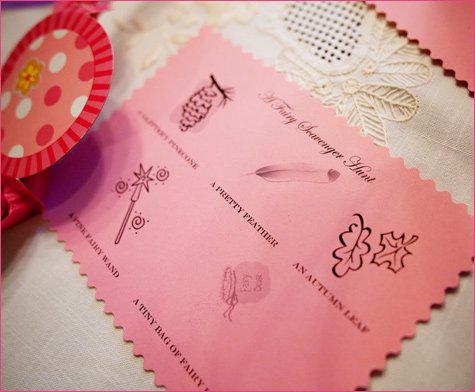 When the girls had all gathered their goods, we also had a sweet little fairy tea party outside. We read a few fairy stories and they just played… lots of running, giggling and ring around the rosie! 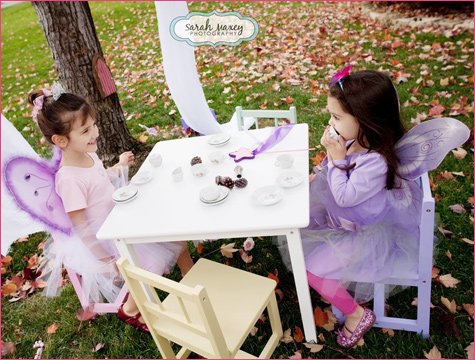 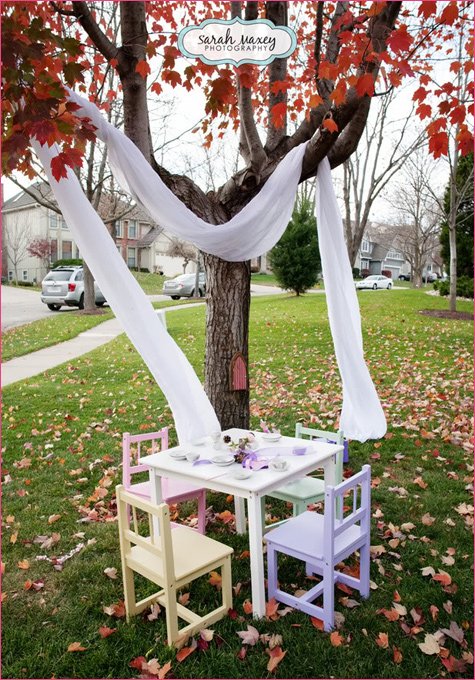 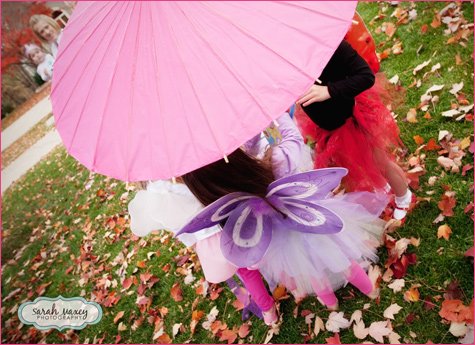 The fairy doors were a big hit… the pink one is still on the tree in our front lawn and Amelia checks it every single morning to look for sleeping fairies! 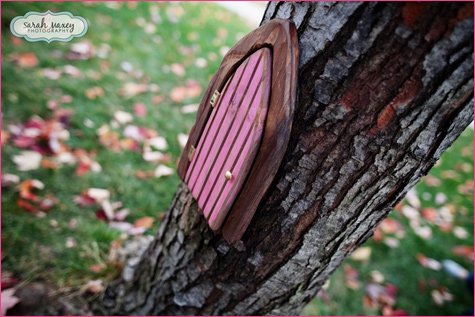 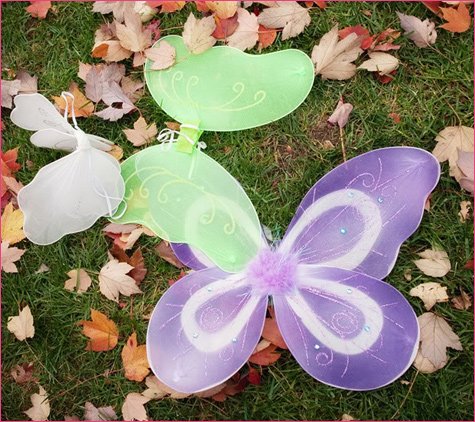 We then went in to have cake (and LOTS of sweets!). 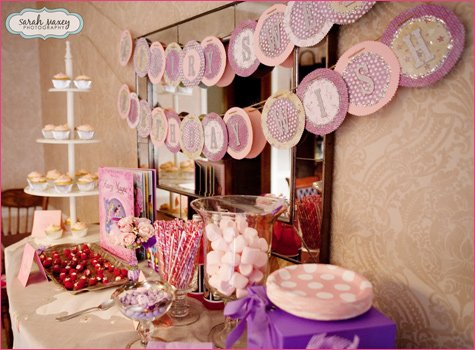 A super-sweet friend made the cake for me, and although we had a slight disaster (my poor husband was tortured by this project), it turned out really adorable and Amelia could not have been more thrilled with how her request for a pink and purple toadstool turned out. 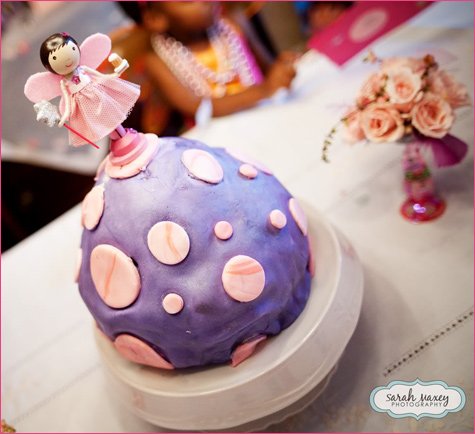 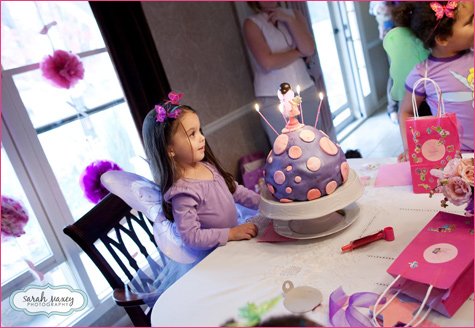 We also had cupcakes, “pixie stix”, marshmallows, m&m’s, all kinds of good sweets at the request of the birthday girl. 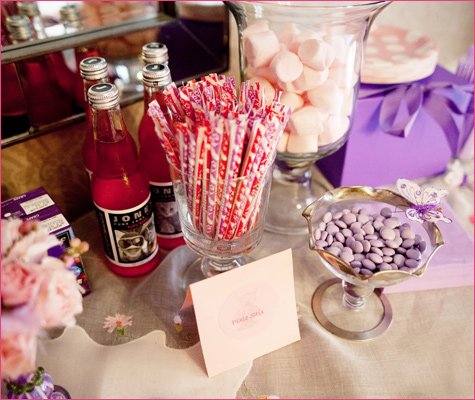 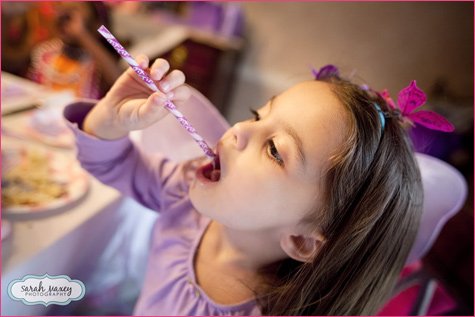 I made “fairy berries” with inspiration from an old Martha Stewart idea I found online (although mine were a MUCH simpler version… come on, these kids are 3 and 4! Do they really know the difference between whipped cream in a can and the kind you slave over the stove for?!) 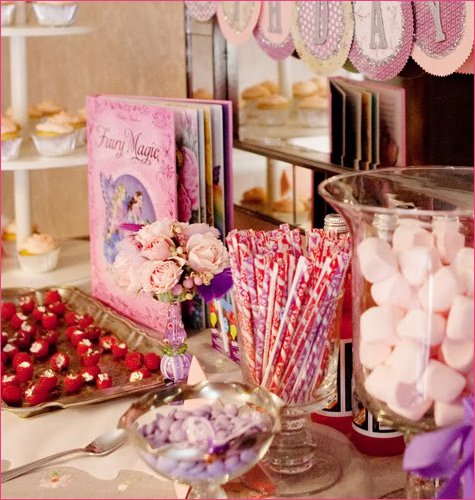 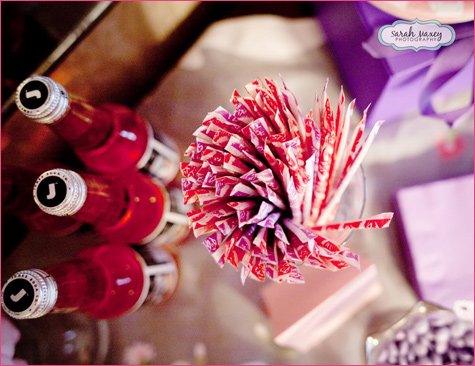 Shopping Details & Resources:
I kept my eyes open for MONTHS leading up to the party, picking things up here and there as I found them on clearance racks, dollar aisles, and as I had ideas. This way it doesn’t seem so overwhelming the week of the party.

• The fairy cake topper is from etsy seller Wee Cute Treasures
• The fairy doors are from etsy/ebay seller Primitive Workshop.
• I made the sign using scrapbook paper that i already owned.
• I made the twine/flower pom vines based on this tutorial.
• I made the butterfly headbands with wired glitter butterflies that I picked up at the floral wholesalers, but they were super easy to do!” 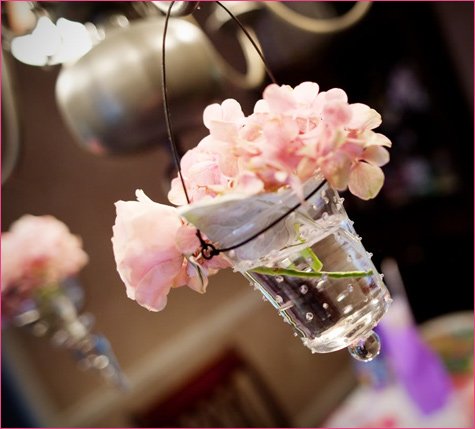 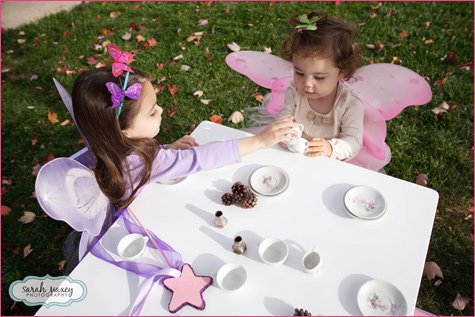 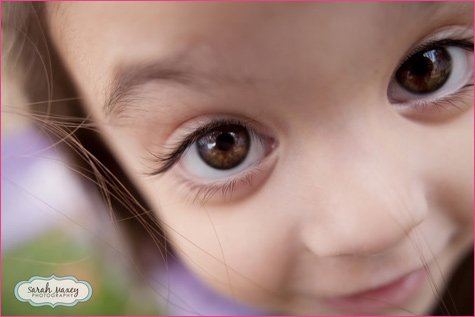 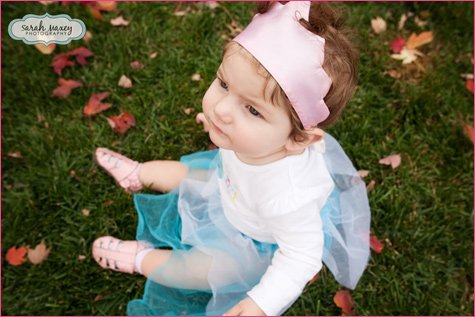 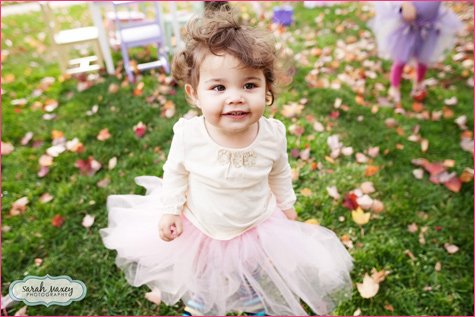 Thanks again to Erin & Sarah for all the wonderful party inspiration! The party looks absolutely adorable!