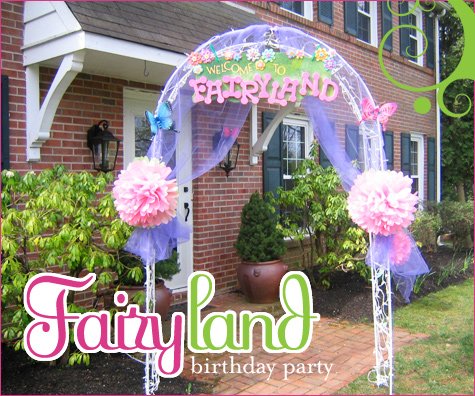 This adorable “Fairyland Birthday Party” was created Adriana Arabia by for her daughter Isa’s 6th birthday. Here are all the magical details, as told by Adriana!

As soon as we had decided on a theme I started searching the web for ideas and inspiration and came across the fairy birthday party that HWTM organized. It happened to have the same color scheme I had planned and I totally fell in love. 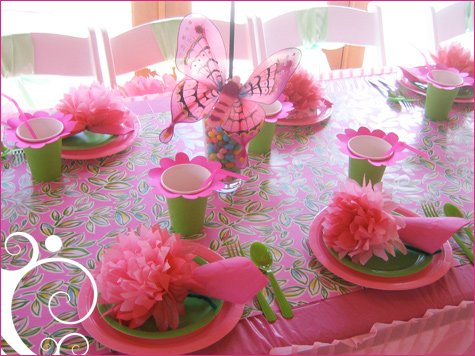 I wanted to do everything from the invitations so I went to my local Michael’s store and bought card-stock paper, stickers and other supplies. 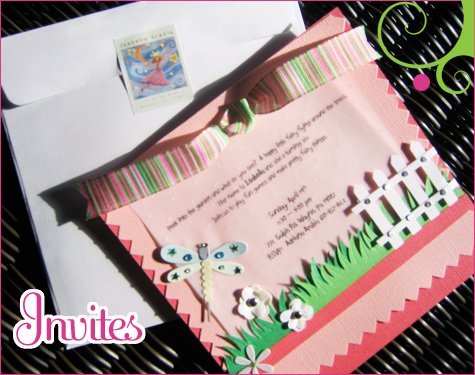 I also happened to have a huge roll of pink and green wrapping paper which came in very handy as well as it ended up being used as chocolate wrapping, table runner and other small decor items. 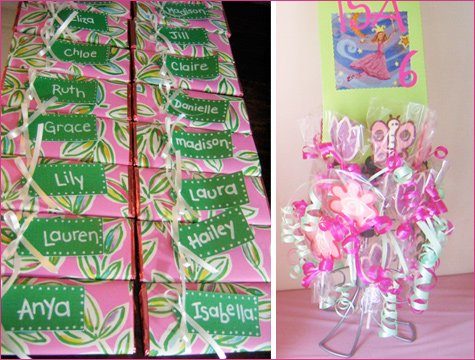 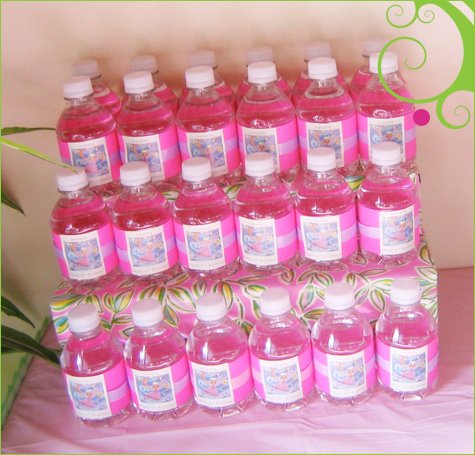 For the entrance I found an arch at ebay and I made a sign that said “welcome to fairy land” to set the mood for the party (pictured at top). The whole entry way was decorated with large paper flowers which my daughter help me make ahead of time. We made around 50 large flowers and 20 small ones that we ended up using as napkin rings on the table. 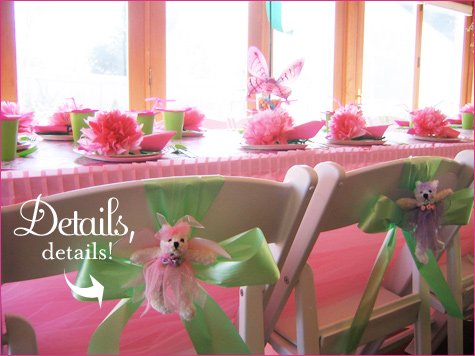 All the “fairies” were greeted at the entrance and asked if they wanted to be a fairy for a day. Half the group was led to a fairy make over station where they had their faces and nails painted, and there were tutu’s from Oriental Trading Company (OTC), a pouch with “fairy dust” and a magic wand (OTC) waiting for them. 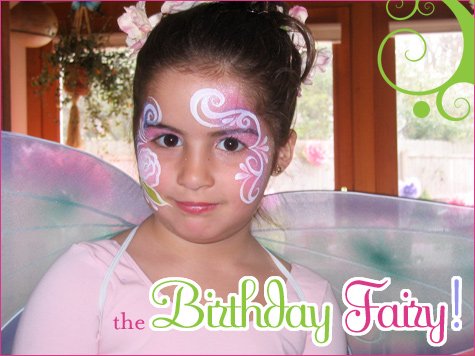 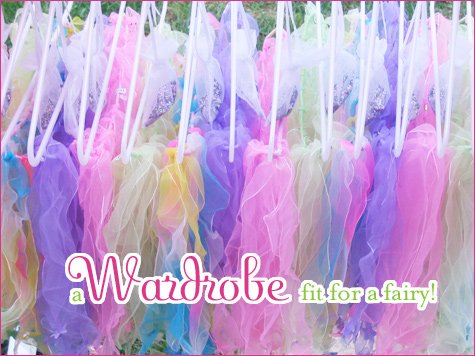 The second group was led to “Tink’s workshop” where they worked on decorating their paper wings with glitter, paint and stickers all from OTC. 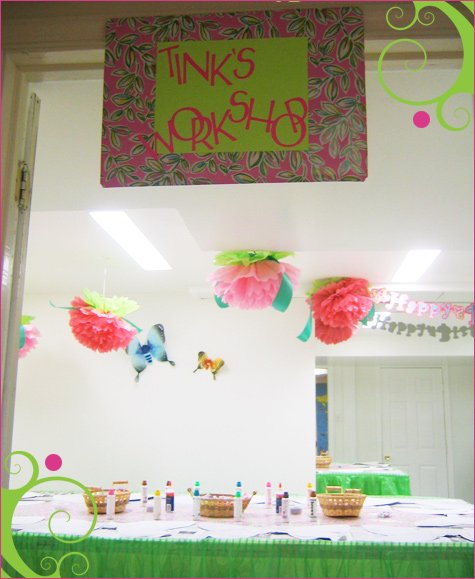 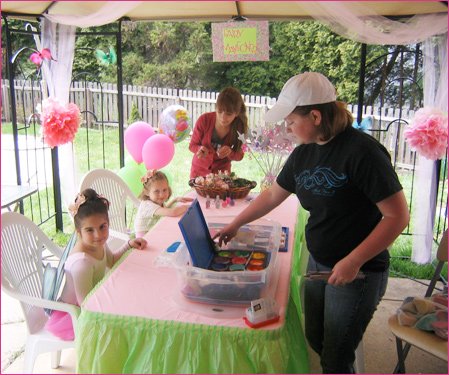 The cake was a 4 tier cookies and creme cake with a hand sculpted fairy in gumpaste. Girls also had mini tea sandwiches, strawberries with sweet cream, and veggies with dipping sauce. 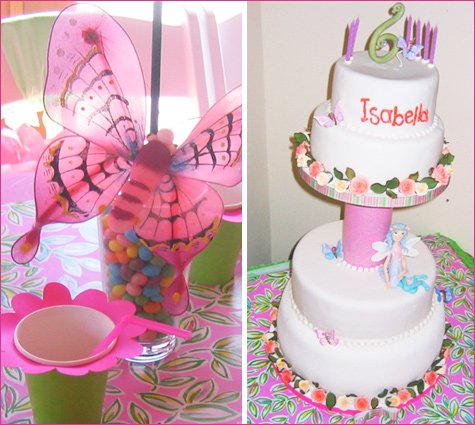 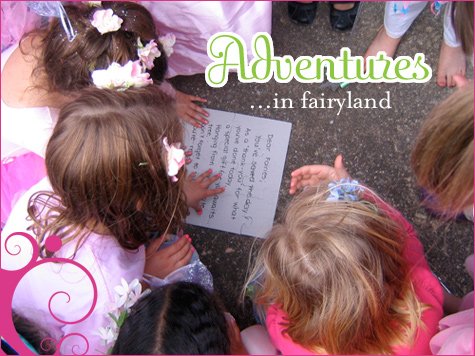 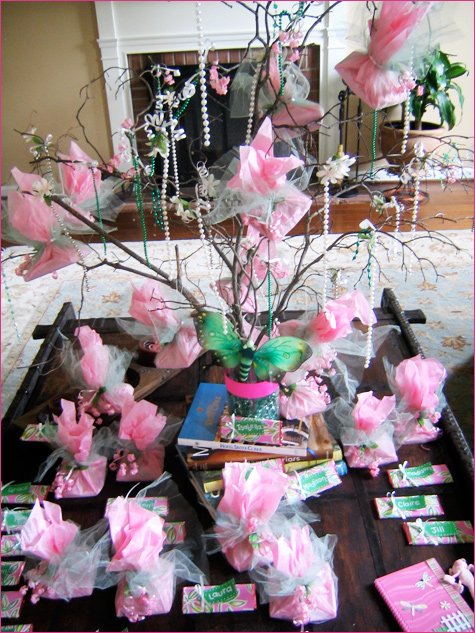 Thanks for the inspiration, Adriana! Everything looked fantastic… I’m sure your birthday fairy was very pleased! =)