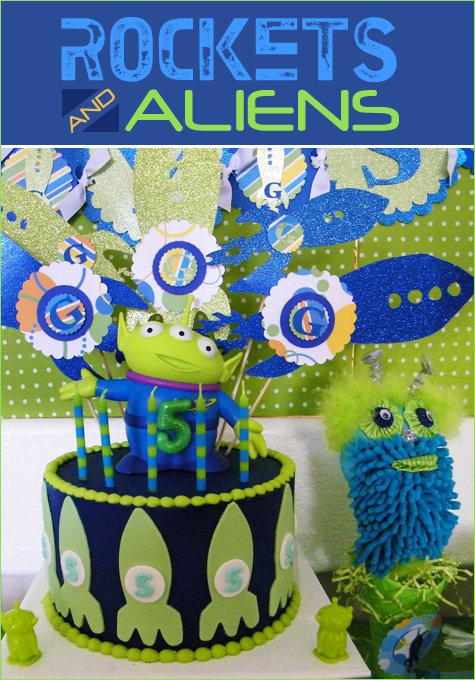 There are so many clever, creative details in this Rockets and Aliens birthday party dreamed up by Natalie from Southern Belle’s Charm for her son’s 5th birthday. If you’ve got a Toy Story (or Monsters vs. Aliens!) fan in your circle, this one’s especially for you! 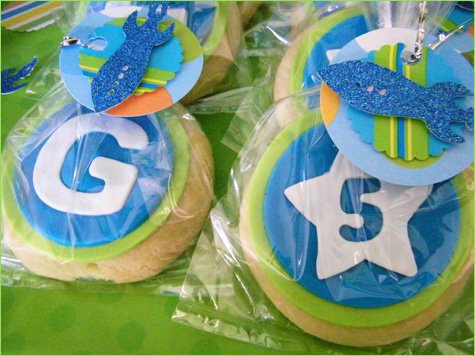 Read on for lots of fun pics and all the party details, as told by Natalie… 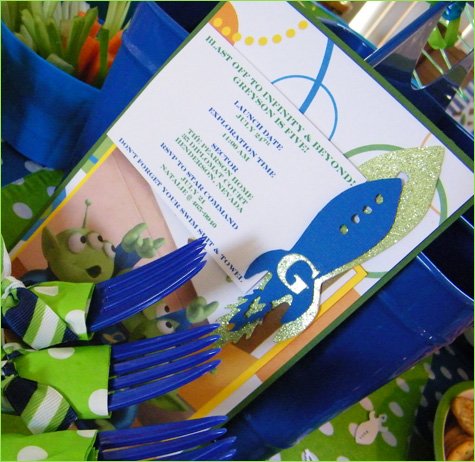 “My son Greyson loves Toy Story, and I love to incorporate his ideas into a party that we both love! His favorite character is Buzz Lightyear – so we went with a Rockets and Aliens party for his birthday this year.

I stuck to a palette of limes and blues and used rockets and “G“s as the focus for the party. We have always called him G since he was little and – due to the space ranger influence, {G Force} was a perfect match!

There were paper lanterns hung as planets with slinkies {inspired from the movie} as the “fire” from the rockets. 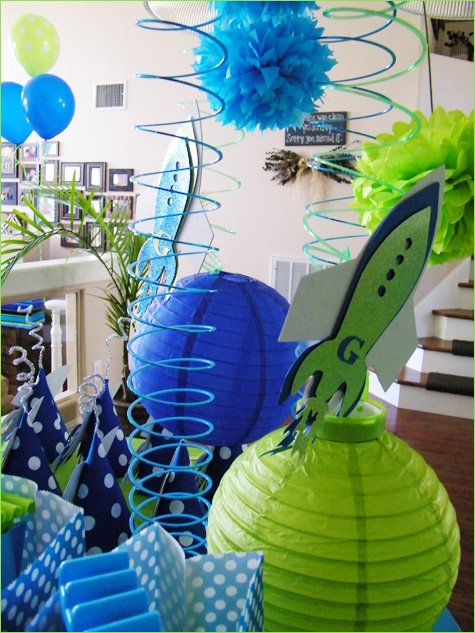 I used tissue poms and a polka dotted lime background to create the dessert table background, and added a custom banner with his name on it. 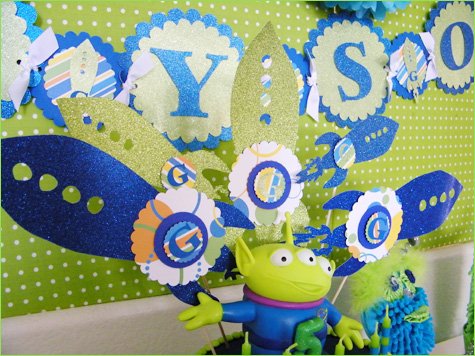 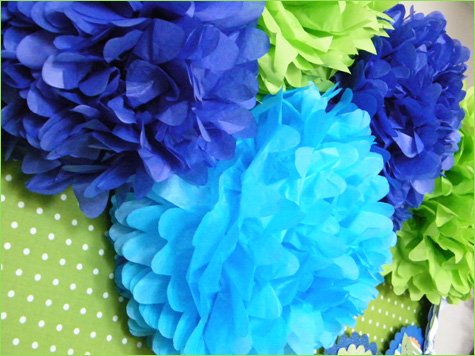 We made monster aliens to decorate the table! 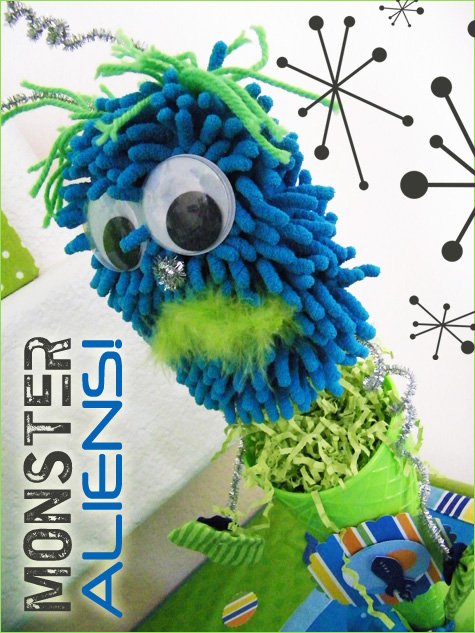 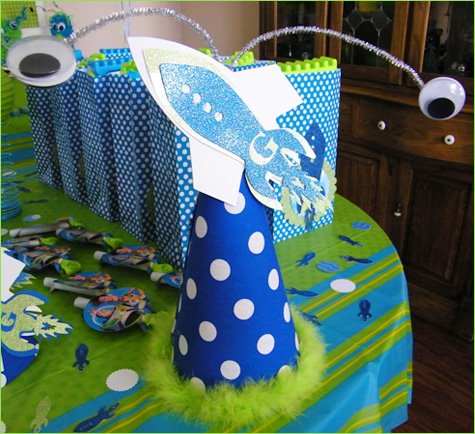 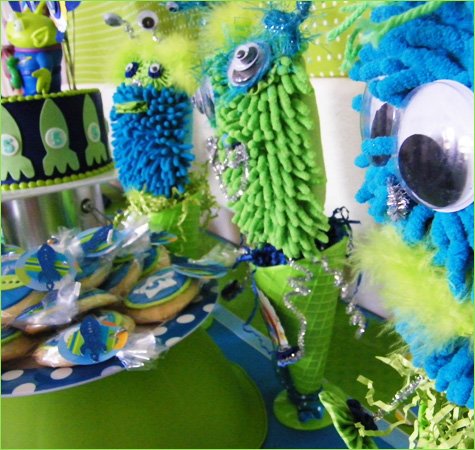 There were lots of polka dots, rockets and G’s to pull the theme together. We found the little aliens from the movie and used them on the cake and as filler on the tables. My son wore a custom shirt made by Olive&Ollie. 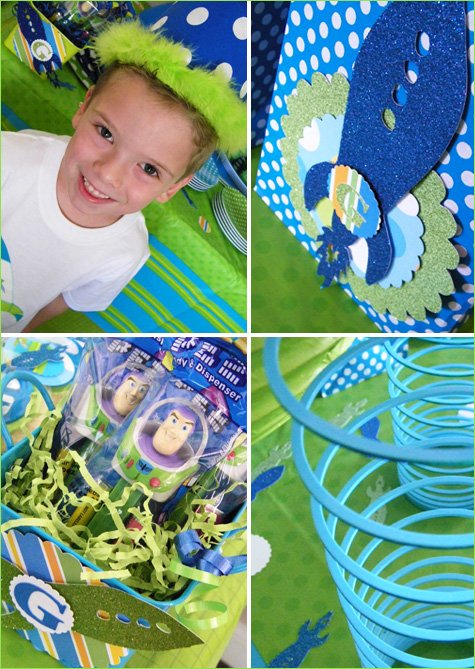 The adults had chicken salad in croissants with celery/carrots in ranch served in votive containers.  There was fruit skewers too!  I like to serve the same thing for adults as the children but in a different presentation style. This party was for both groups of people! 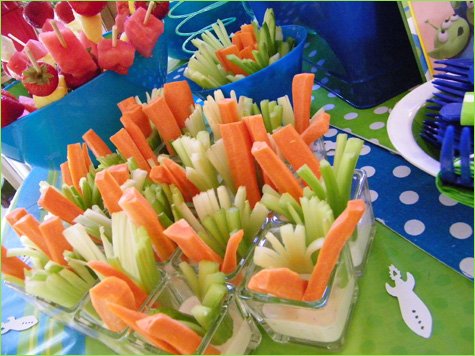 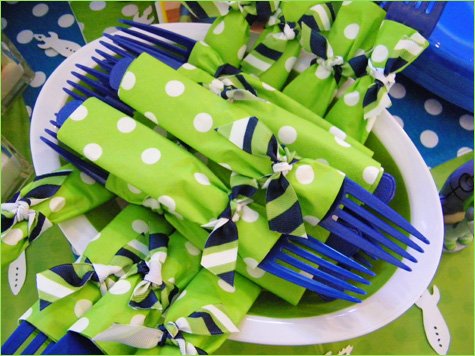 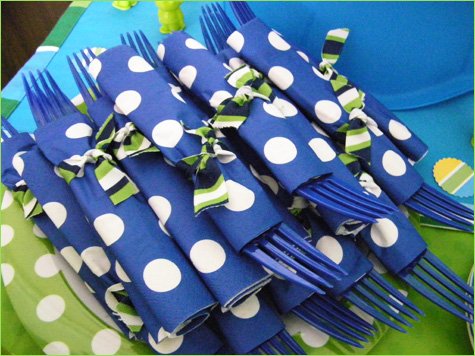 For drinks we had a Blue Cosmic Cooler and decorated lime Pellegrino bottles with rocket labels.

We served the drinks for the kids in lime and blue frozen rocket cups to keep their drinks cool on the hot day.  And before they left we had blue rocket Popsicles made from molds. 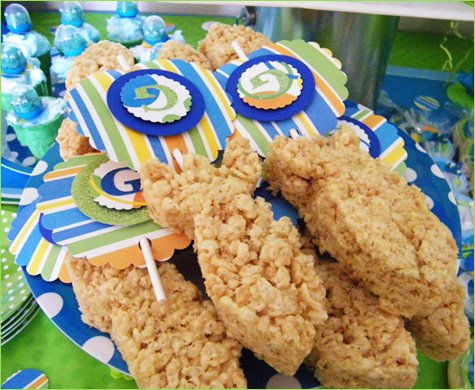 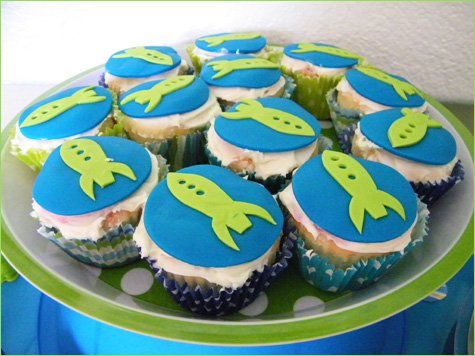 It was a swim party {we live in Las Vegas and it was 115 degrees on the day of his party!} so the favors were swim toys, floats, water blasters and sand toys – all with Buzz Lightyear and the Aliens on them. 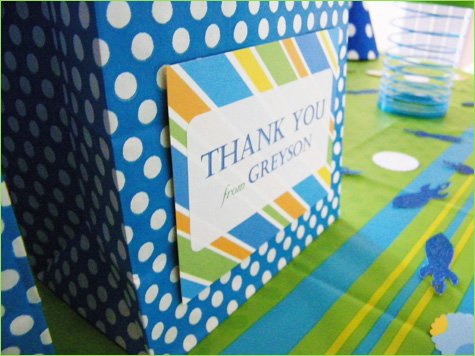 For the adults we gave out sugar cookies with fondant rocket toppers. 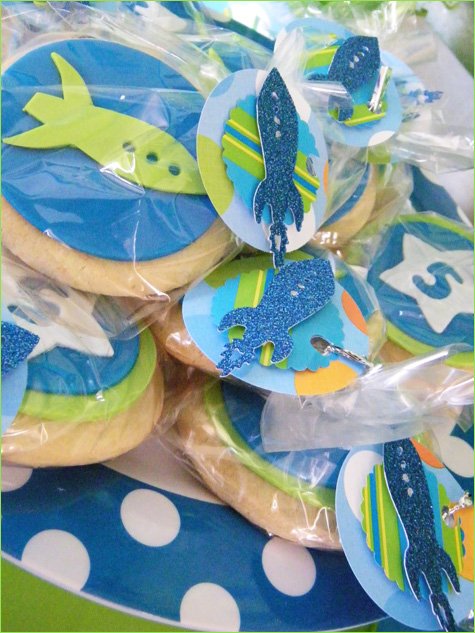 
We asked everyone to show up to “Star Command” at 11:00 am and the kids “soared into Space” (a.k.a. our swimming pool) with games and activities.