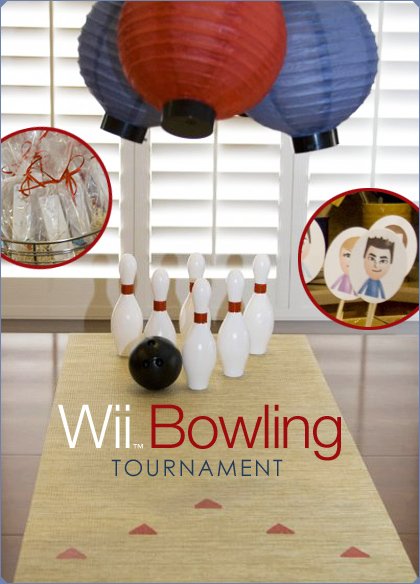 From the second i laid eyes on the ultra-creative “bowling lane table runner” pictured above, I knew this Wii Bowling Tournament was going to be a fun party to check out! Even better, the party’s hostess with the mostess: Robin Chowaniec put the tournament together as a mini fundraiser for the American Cancer Society’s Relay for Life. 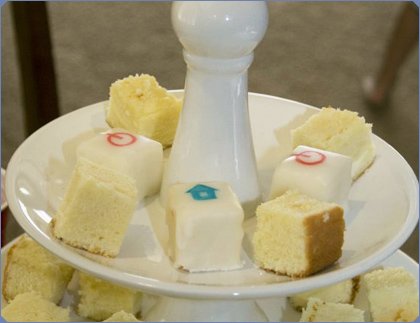 Read on for more for more info on all the creative details – from Wii controller candy dispenser favors to Margamiitas and Mowiitos – straight from Robin herself!

“To get my husband more involved with Relay, I formed a team named: Team Wii Fight Cancer.  The bowling tournament seemed like a good excuse to have friends over to play the Wii, eat and raise a couple hundred $$ for ACS.”

Pictured above: (Image 1) The table runner was a kitchen cabinet liner that looked like bamboo with red masking tape added for foul line and cut for direction arrows. The plastic bowling pins & ball are from Oriental Trading Company. (Image 2) I glazed a handful of dense pound cake cubes to look like Wii remote controls, then used a frosting pen to duplicate power and home logos. 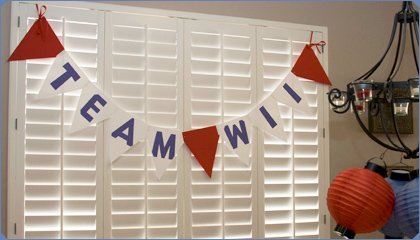 For easy Caprese Salad on a Stick appetizers, I stuck the sticks into halved mini watermelons with printed Mii’s of those attending amongst the food: 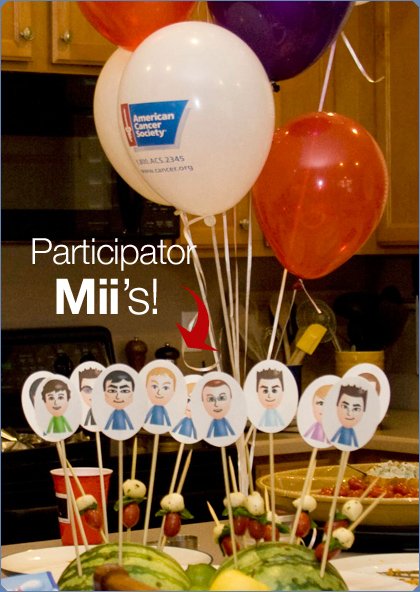 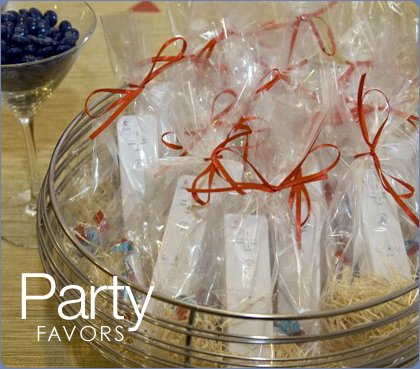 Margaritas and Mojitos were labeled as “Margamiitas” and “Mowiitos” for more Wii friendly atmosphere: 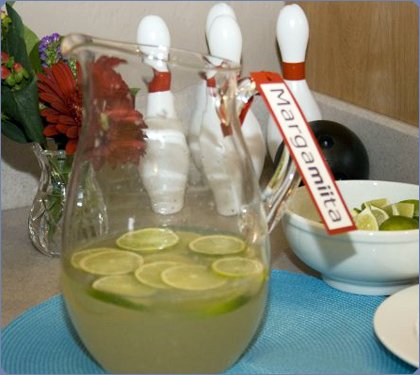 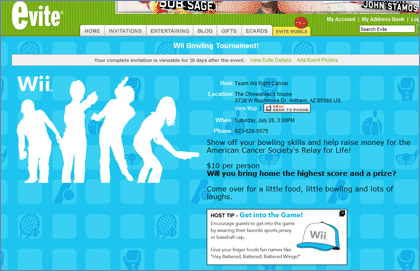 Other things to note:
• Etch-it Cups from Celebrate Express were a big hit.
• We used a mini white board to keep track of top 4 scores.
• Top score got mini plastic trophy from Party City and a restaurant gift card.

Thanks so much for the inspiration, Robin! I can already think of a bunch of my own Wii-addicted friends who will love all these ideas!

*Note – I had a hard time finding a good place online to purchase Wii Remote Candy Dispensers, but there were a couple on ebay, and someone on Yahoo! Answers said they’ve seen them at Cost Plus, and then Robin found hers at Walgreens, so maybe they’re more of an in-store thing…but if anyone knows of any good places online, please share!