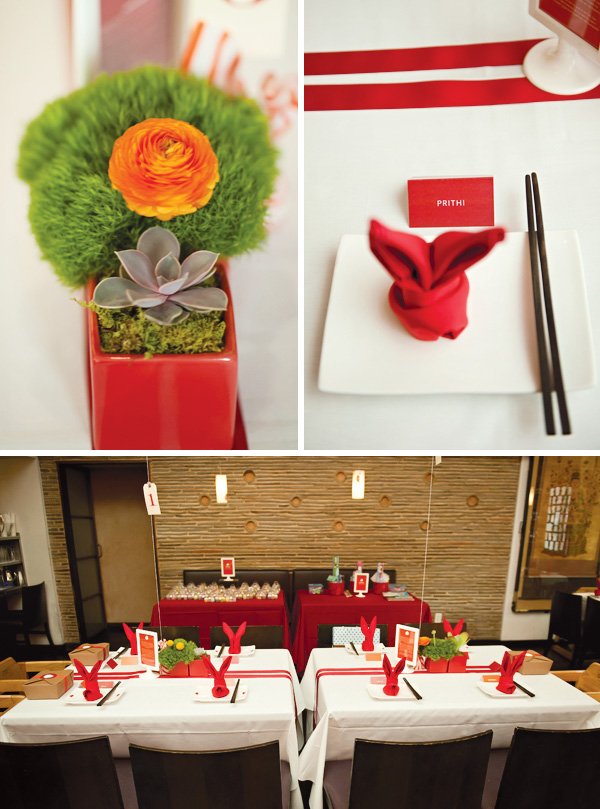 Rita designed & coordinated this wonderfully creative and modern “Year of the Rabbit” Inspired First Birthday. The darling rabbit themed stationery details from Minna Designs really helped tie all the different elements of this whimsical celebration together. And speaking of stationery… don’t miss the fabulous invitations that were sent out in the form of balloons! Recipients inflated the balloons to discover all the party details… what a fun, playful touch! ;) 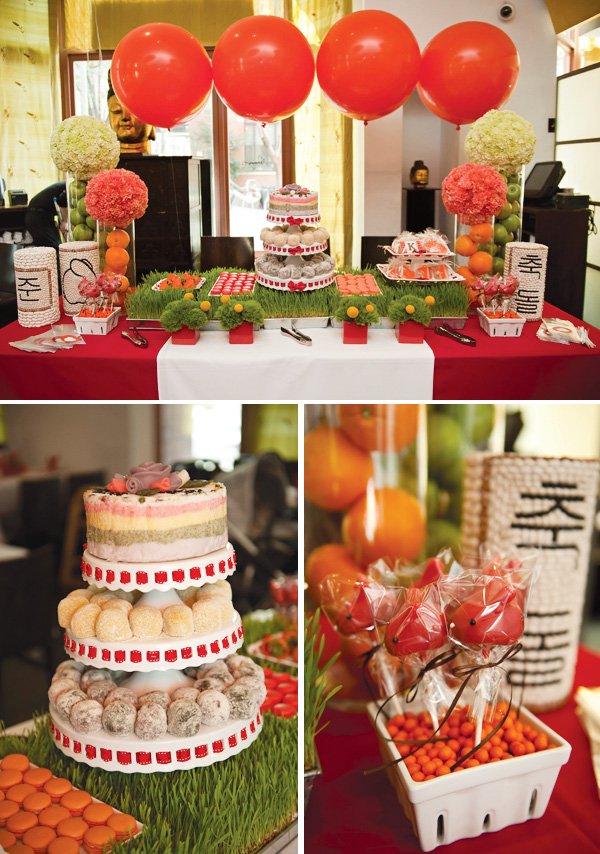 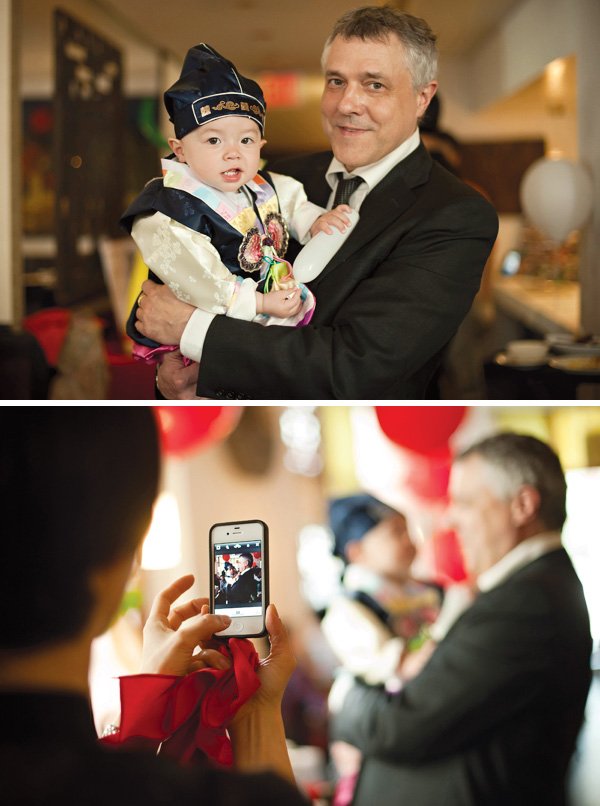 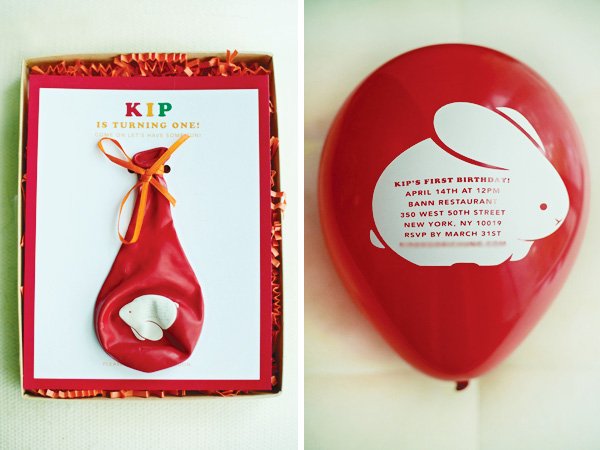 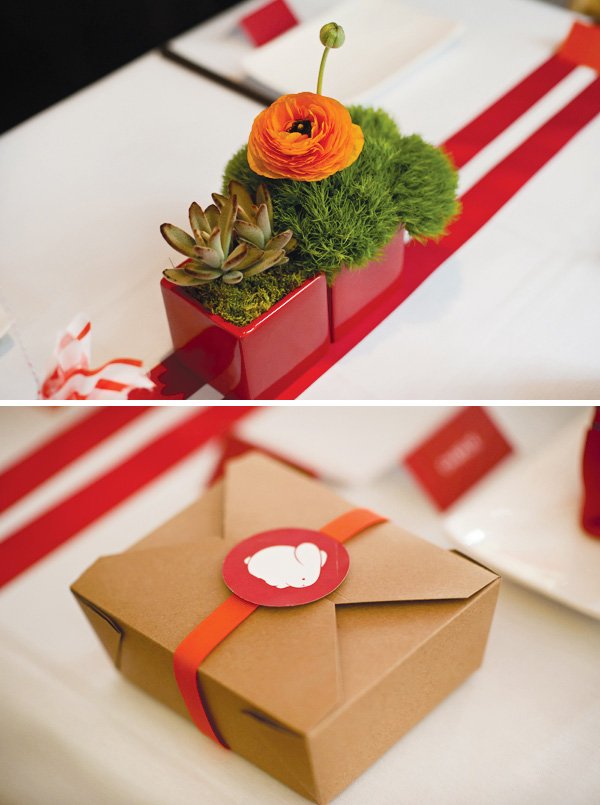 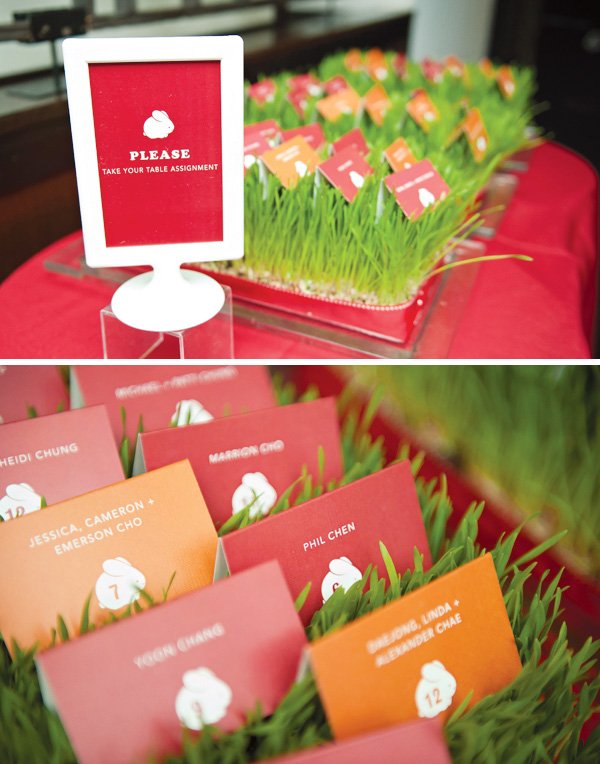 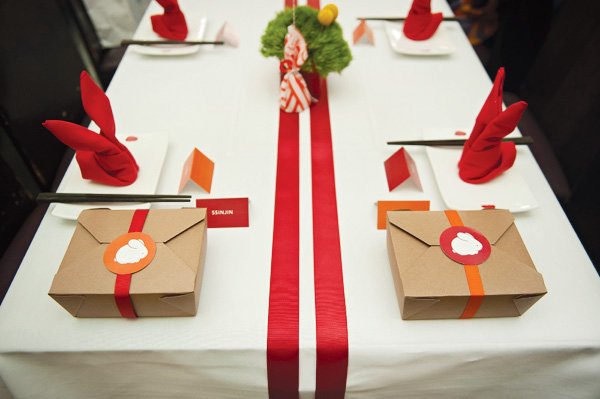 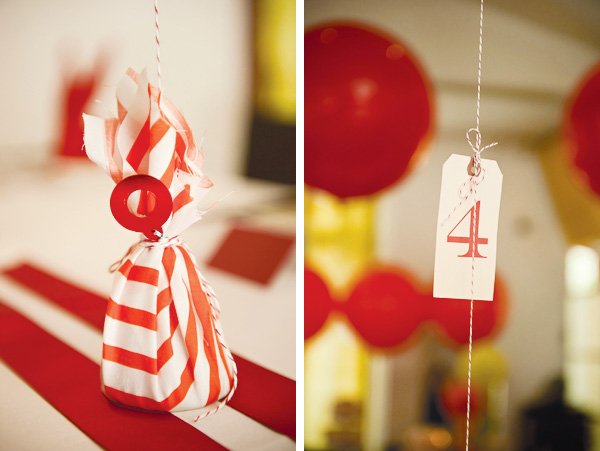 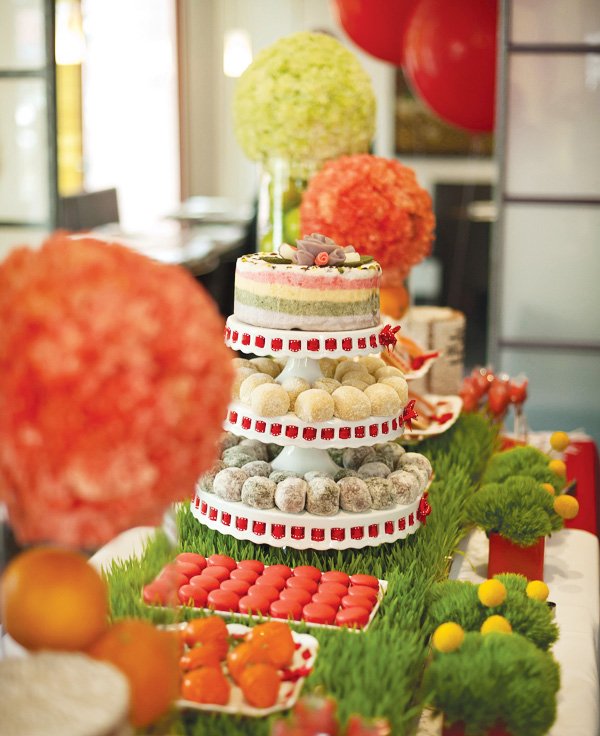 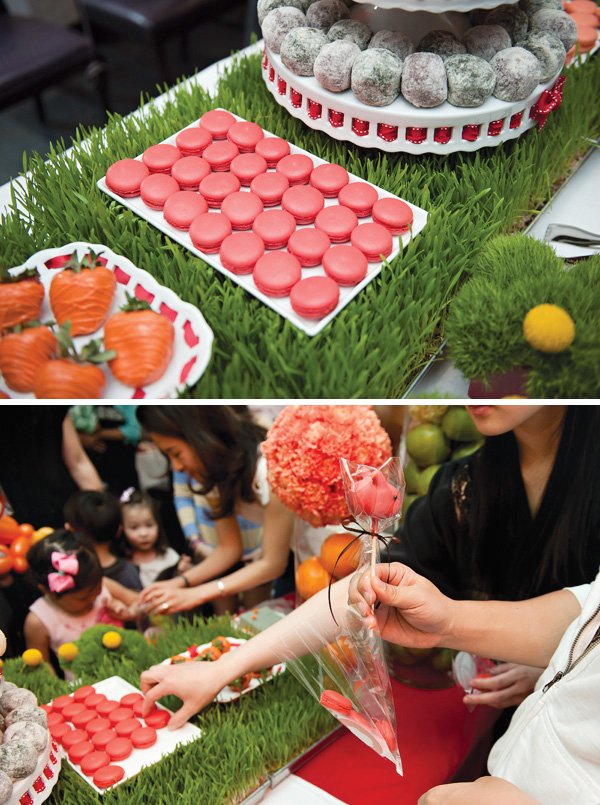 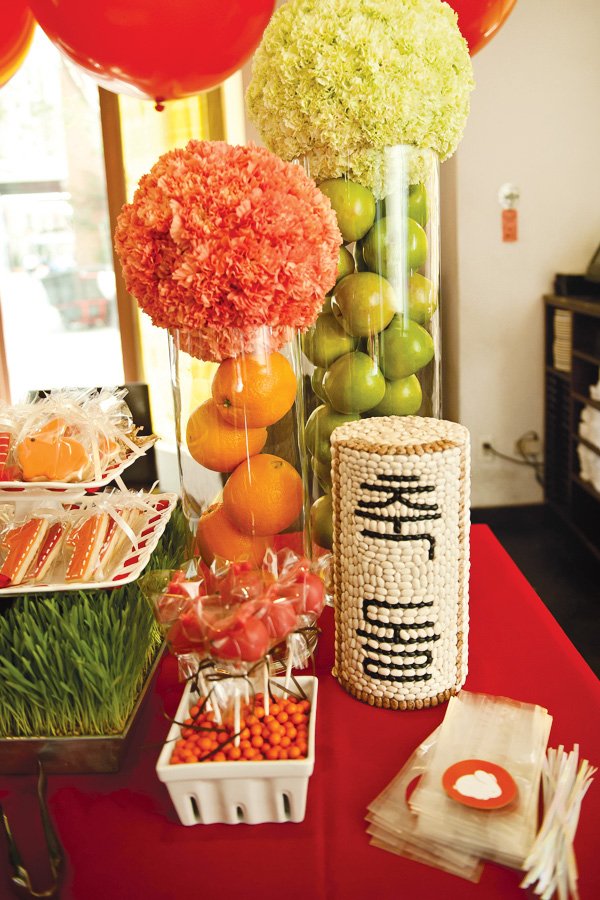 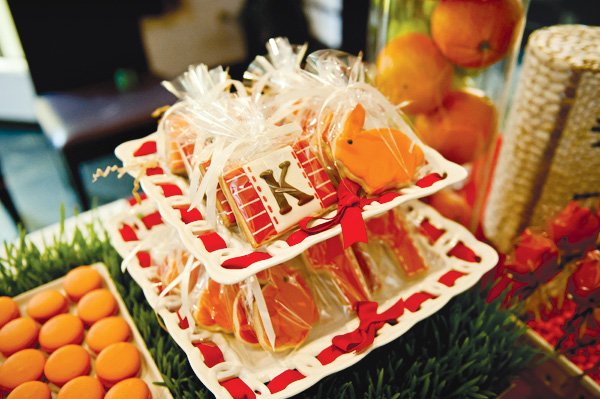 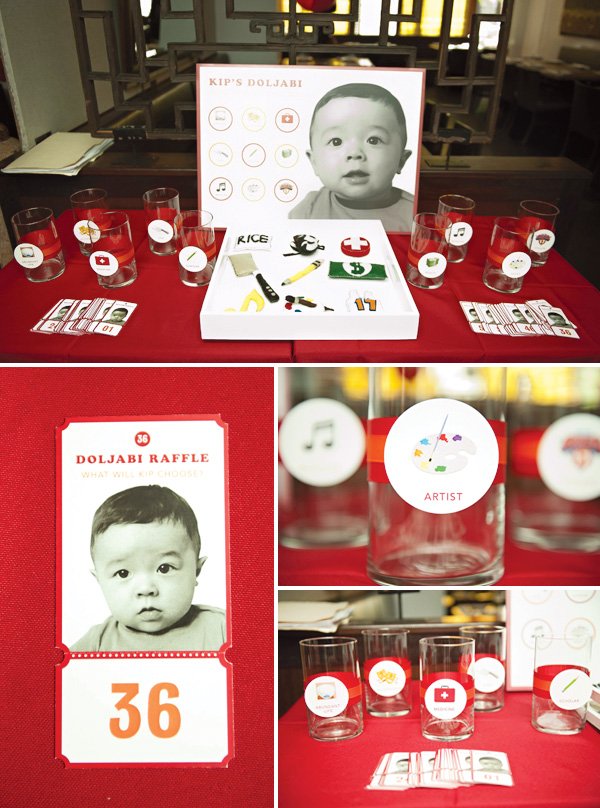 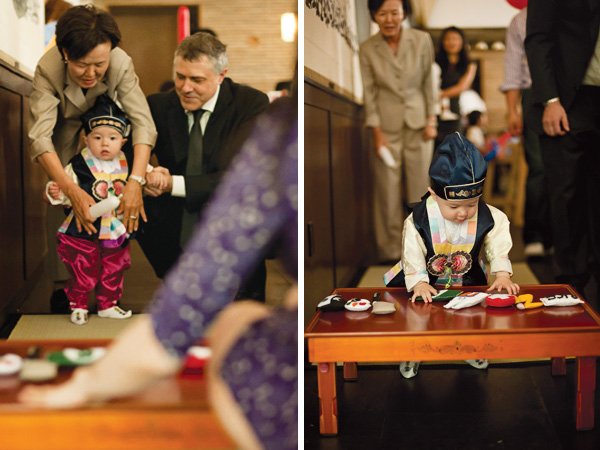 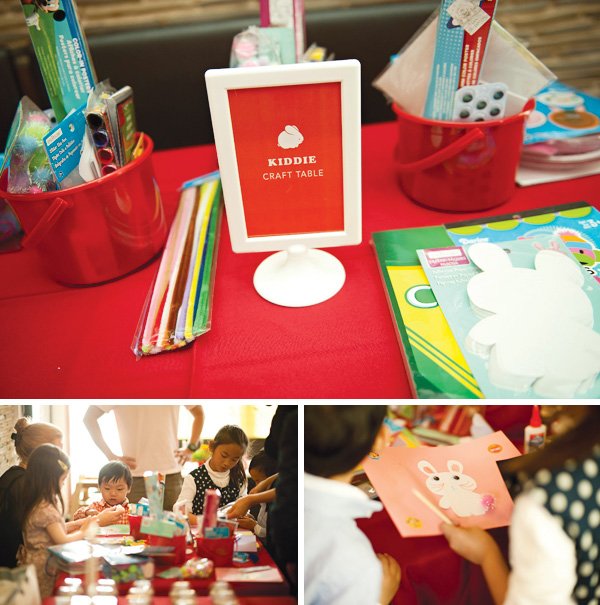 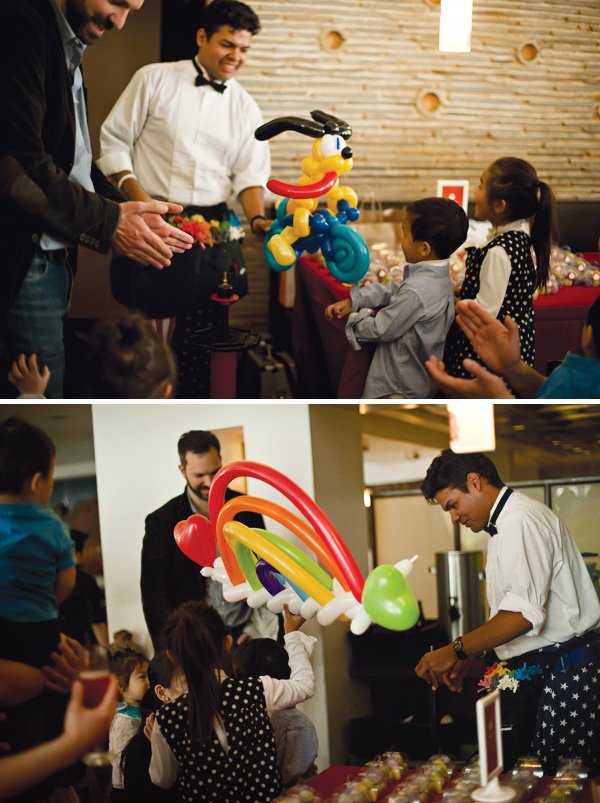 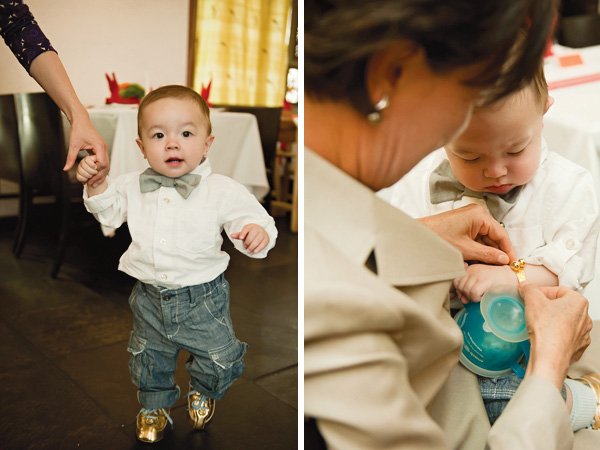 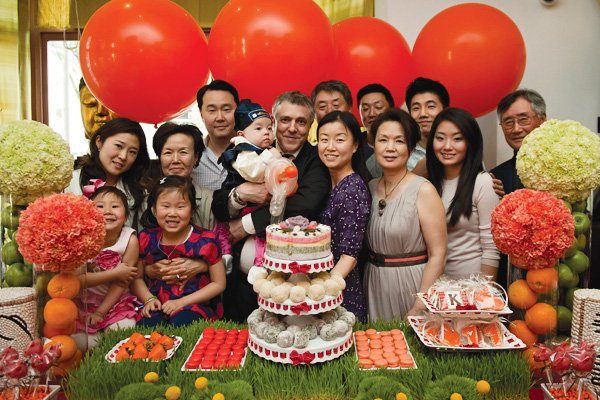 PARTY DETAILS, as told by Rita…

THEME
The korean first birthday is traditionally a large celebration, hosted by the parents of the birthday boy/girl.  My client was looking for something fun/whimisical, while still maintaining some of the korean traditions that make this day special.  She wanted the theme to involve the “Year of the Rabbit” and sent me an inspiration photo of a red rabbit sculpture,  It was sleek and modern, so I knew she was looking for an event that was less pastoral and more bright/clean.  We brought in the fun Spring/Nature elements with wheatgrass and succulents.  However, we kept the colors bright and primary – red, orange, yellow, green. Invitations were kept light-hearted with all party details printed on red balloons.

TABLE SETTINGS
All place settings had a red napkins folded in the shape of rabbit ears.  Table numbers were assigned using large oversized red balloons with candy cane striped twine.  Each child setting has a snack pack with organic items and goldfish crackers packaged to resemble carrots.  Each table also had a menu card and a description of the korean traditions involved with a Dohl (korean first birthday).

Centerpieces were composed of green Dianthus, yellow crasopedia, and orange dahlias.  Alongside the florals were succulents.

HEAD TABLE & CEREMONY
The showcase of the Dol is a head table.  Keeping true to korean traditions, we kept the idea of stacked fruit (signifies prosperity) and desserts.  However, we modernized it by  using bright colors and displaying it as an elaborate dessert table.  The backdrop utilized the large oversized balloons as well.  Guests were encouraged to take as many treats from the table.  Custom cookies, macaroons, chocolate covered strawberries (made to look like carrots) and rabbit shaped cake pops.  All of these items rested on trays of wheatgrass, to appear as though it was a fun picnic.

The Dol Jabi (ceremony where the birthday boy is given the opportunity to grab an item from a table of assorted objects, signifying his future) used felt objects that were custom made by the birthday boy’s mom.  We also encouraged guest participation by setting up a raffle with custom designed raffle tickets.  All winners were given centerpieces to take home.

FAVORS
Korean tradition dictates that all guests go home with rice cakes.  We packaged ours in clear favor boxes, allowing the treats to show through.