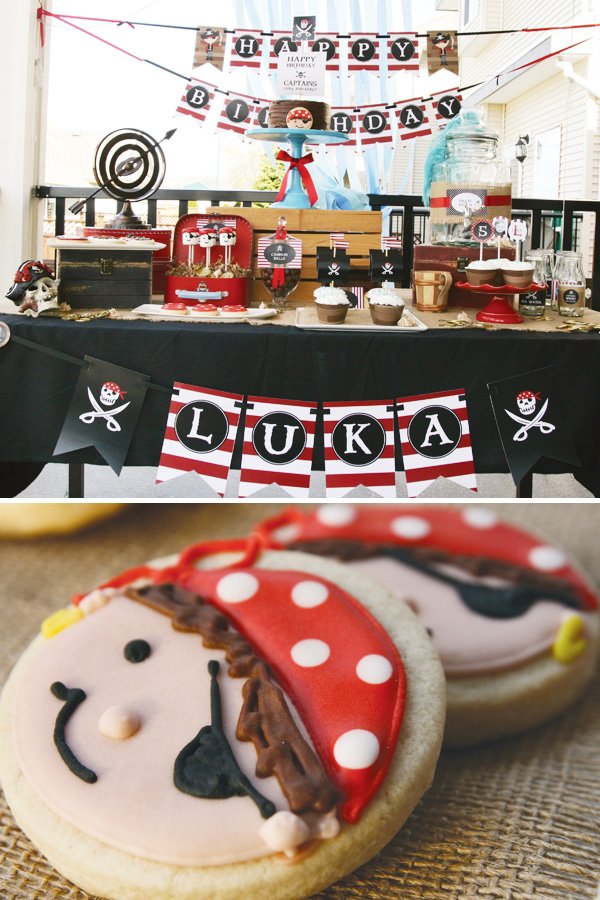 I’m thrilled to share with you the latest “treasure” in pirate party ideas! Totful Memories put their own cute spin on the popular birthday party theme with printables, desserts & pirate costumes of course! But the real stars of the show are the ridiculously cute decorated sugar cookies & DIY marshmallow pops – they really elevated this {Red & White Striped} Pirate Party to the next level! 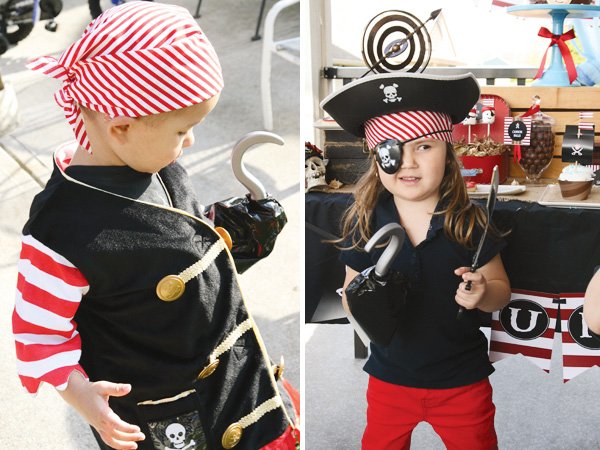 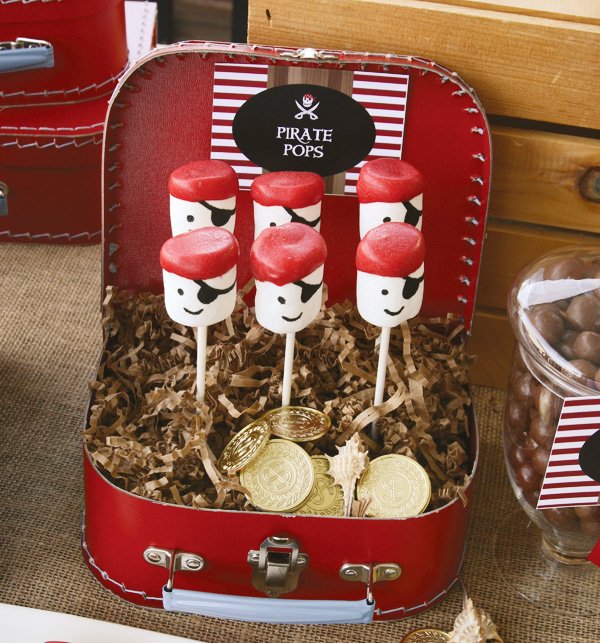 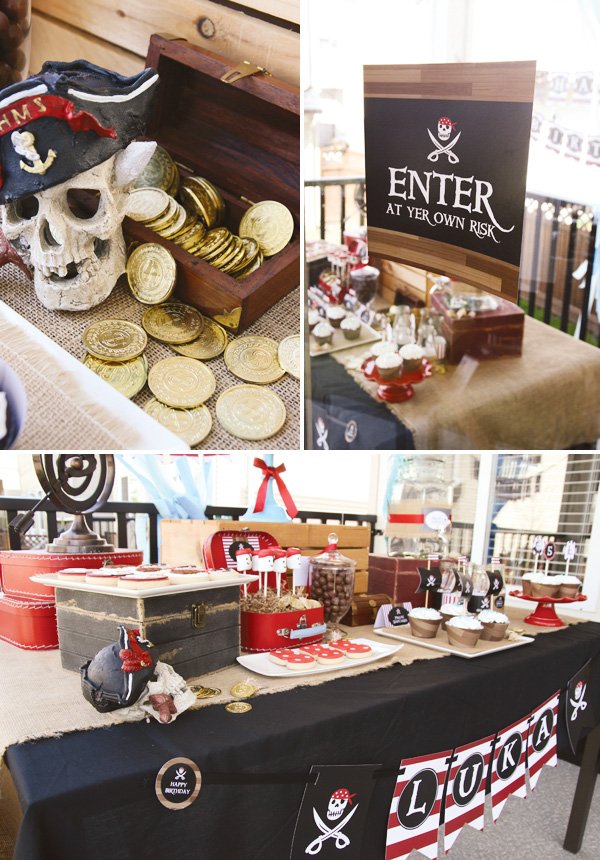 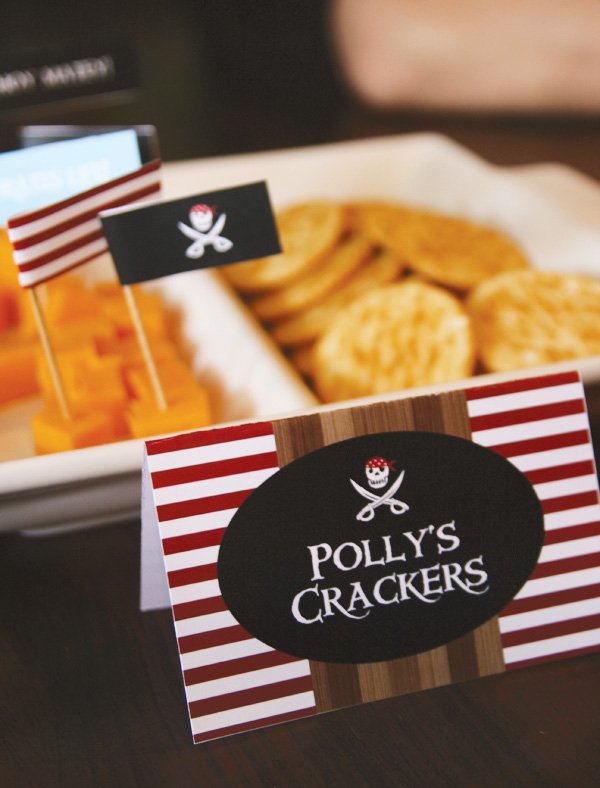 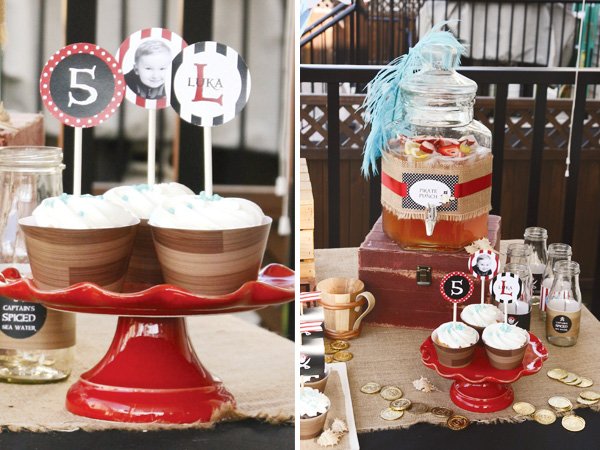 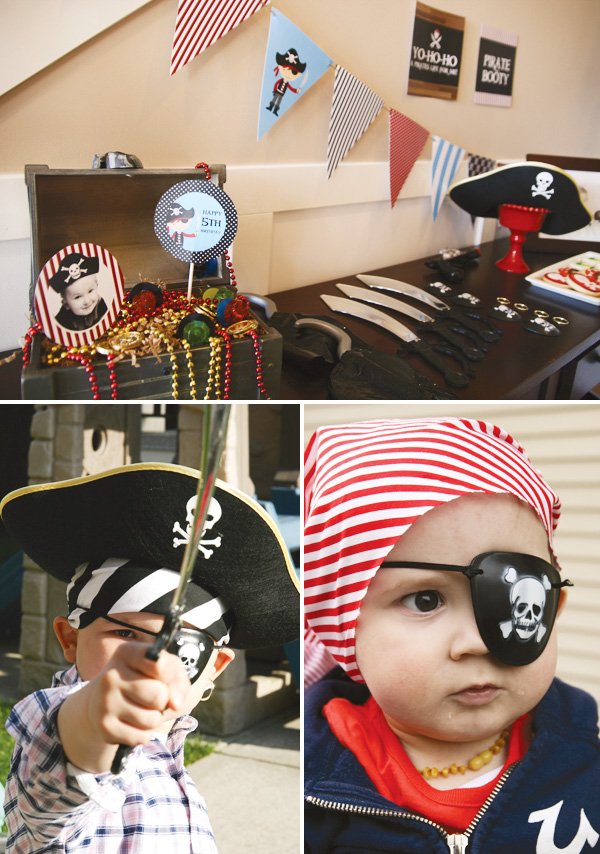 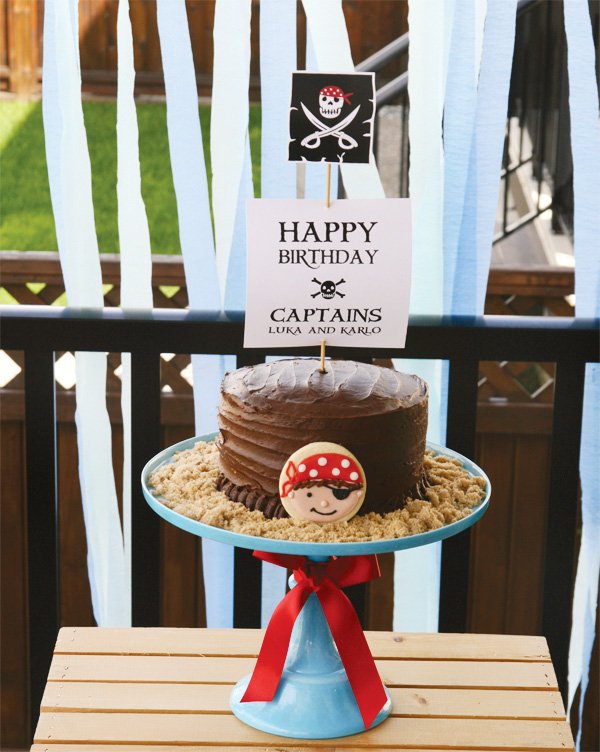 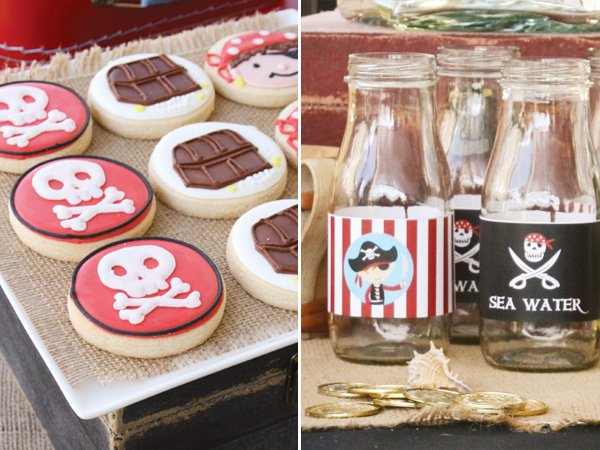 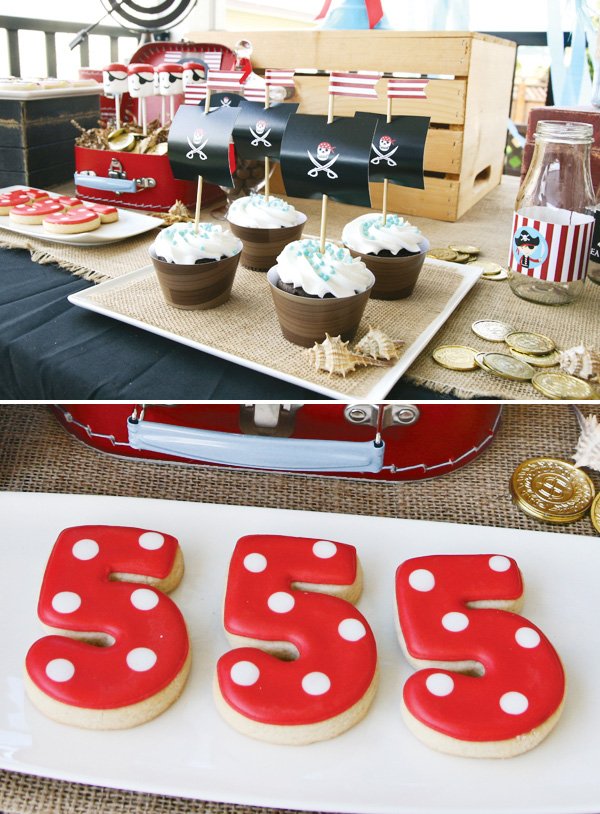 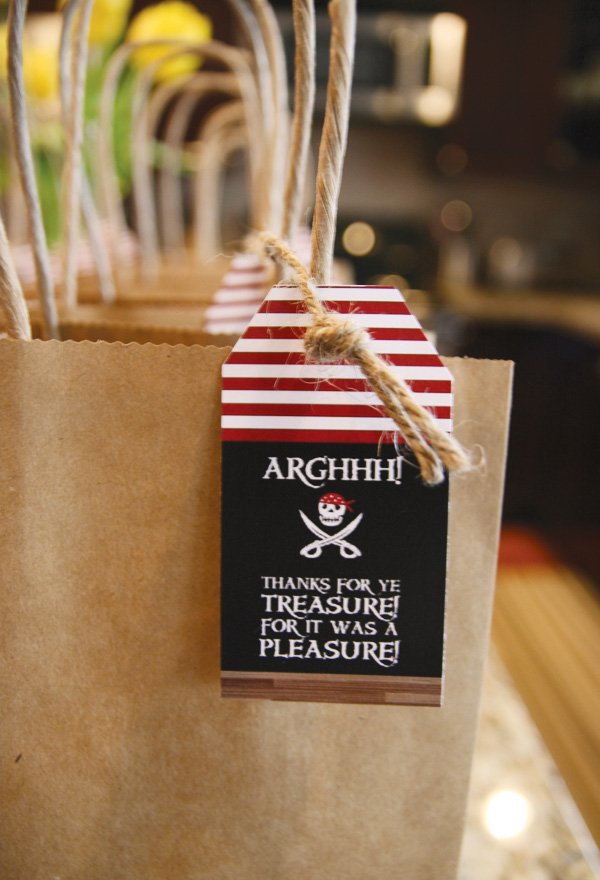 My boys have really been into pirates this year and so this party took on a life of its own when they got dressed in costume, waving their swords and swinging their hooks!

The kids had a table of pirate costume accessories to don, and they wore it in such a way that any true pirate would be proud to join their crew!

Marshmallow pops are a must at all of my parties, not only for the kids, but my mom loves them too! She must have had at least three, but who’s counting… love you mom! I drew on the faces with an edible marker I purchased from Michael’s and dipped the tops into red chocolate wafers that I had melted in the microwave. They took maybe ten minutes to make. I would really recommend making them for the pirate theme because they are so easy and effective!

I made the cake, yes it was simple, but it is like a large version of my cupcake shipcake. Same idea in assembling the sail and I finished it with a cute pirate sugar cookie. There are many designs of cupcake toppers in the package because really what is a party package without cupcake toppers!

I have to send some etsy love on over to Ira of Batches, The Cookie Jar for the adorable and tasty sugar cookies!

All my party packages come with favor tags and thank you notes. It is a nice way to tie the whole theme together from start to finish. Our pint sized guests each recieved the pirate costume goodies and fistfulls of gold! arghhh..chocolate gold coins that is!