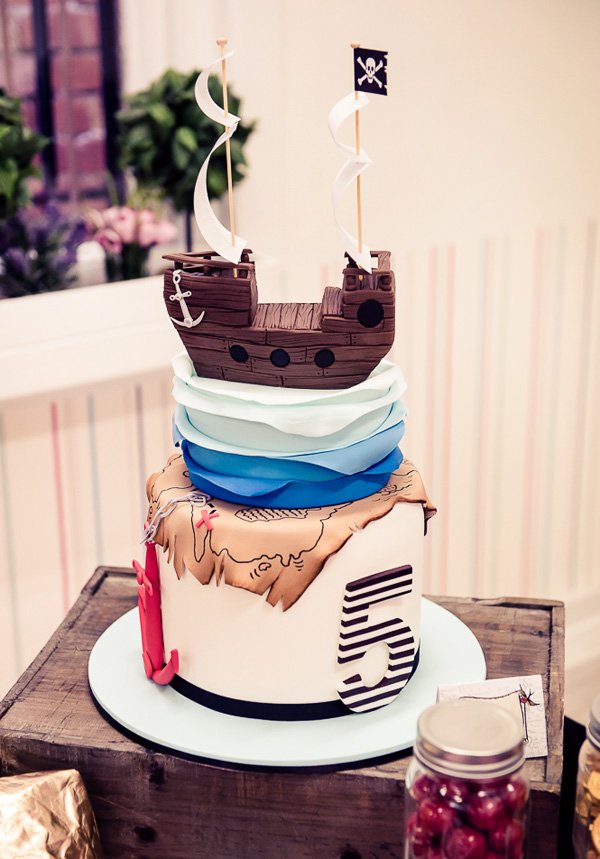 Let me just say, this {Ship & Golden Treasure Inspire} Pirate Party by Louisa of The Little big Company is absolutely AMAZING! The level of collaboration and talent from these vendors (Ham & Pea Design and Paperie, Petit Atelier, Lee Bird Photography and The Girl in the Green Scarf!) is just remarkable. I had a lot of trouble narrowing down the photos for this one, and you’ll know why as soon as you see the fondant ship cake, captain hook craft, skull cake pops, map inspired printables…. 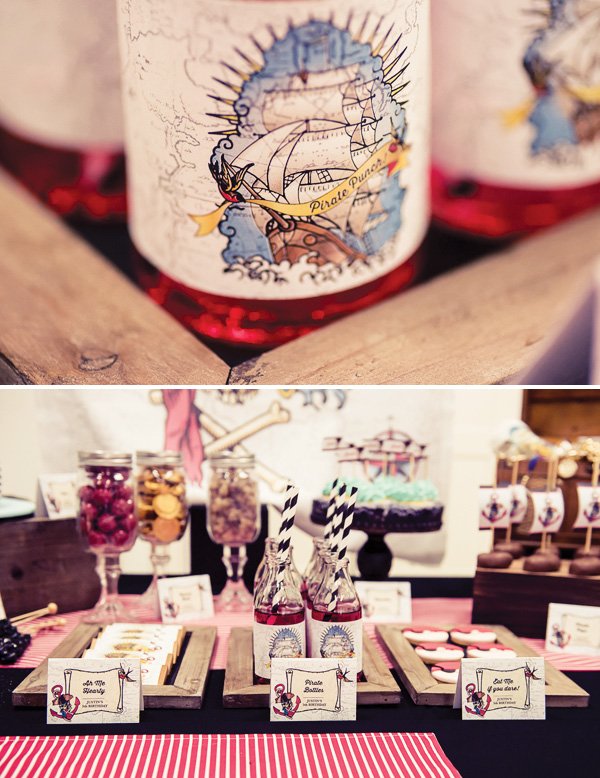 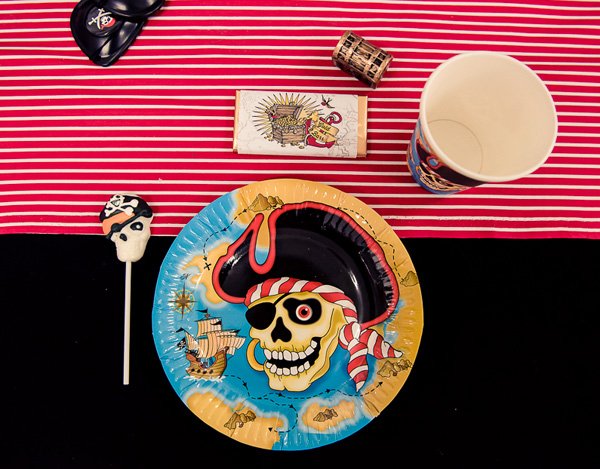 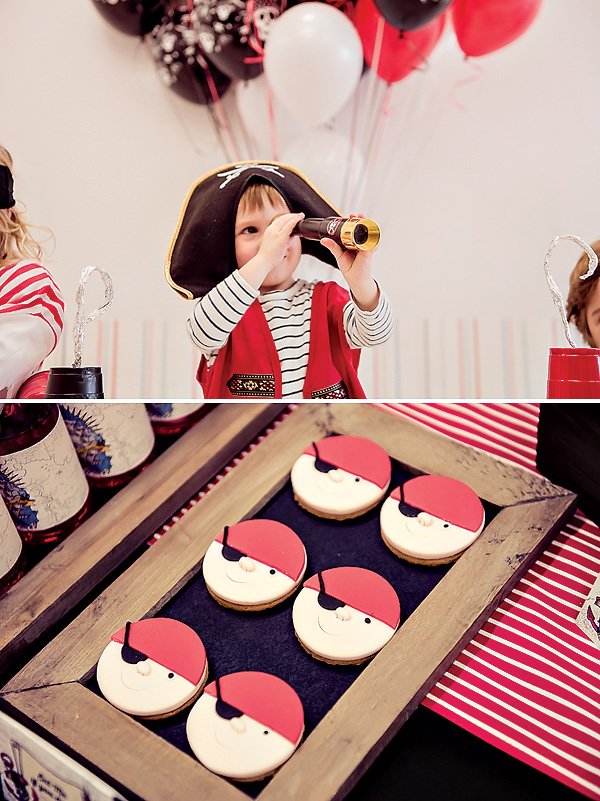 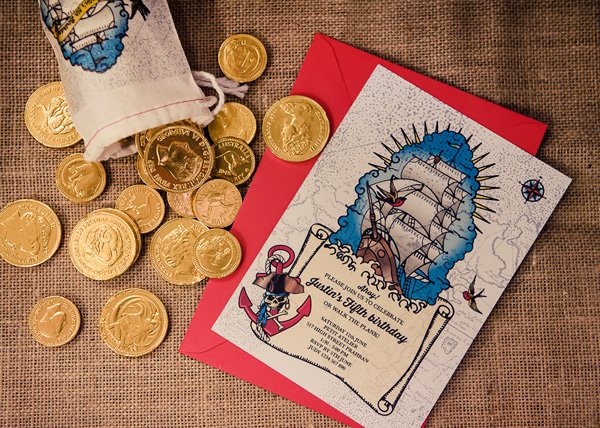 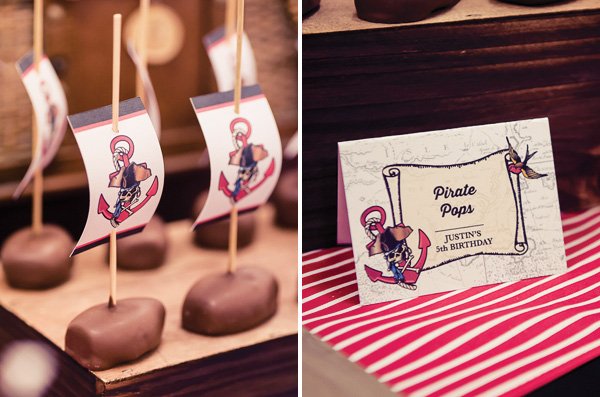 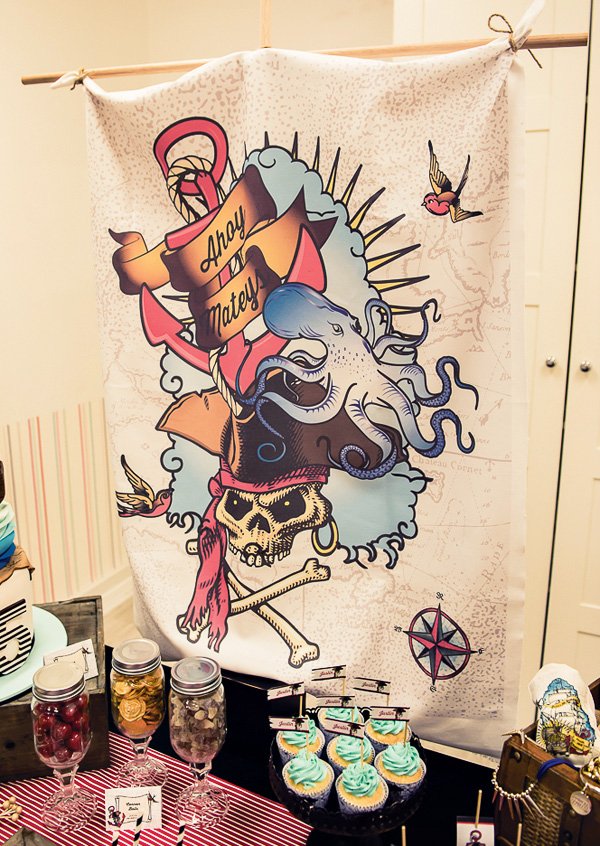 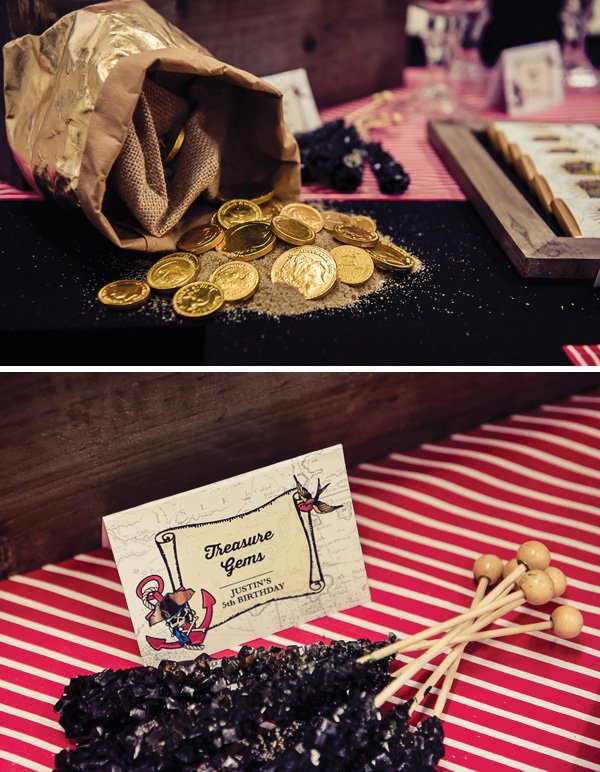 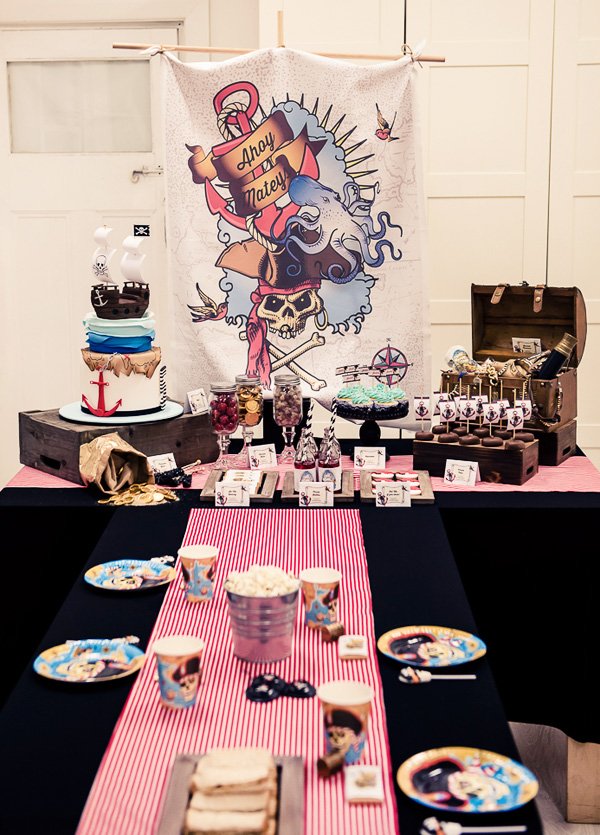 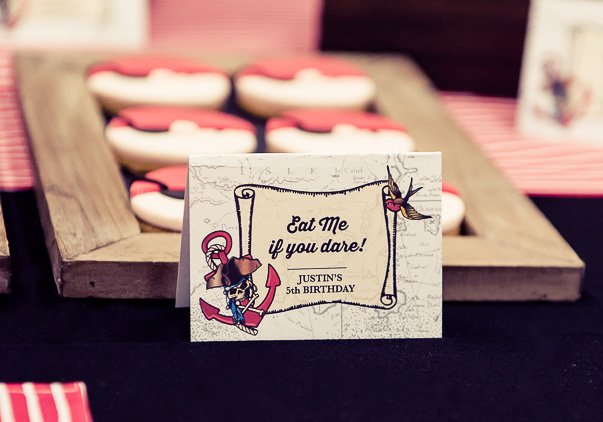 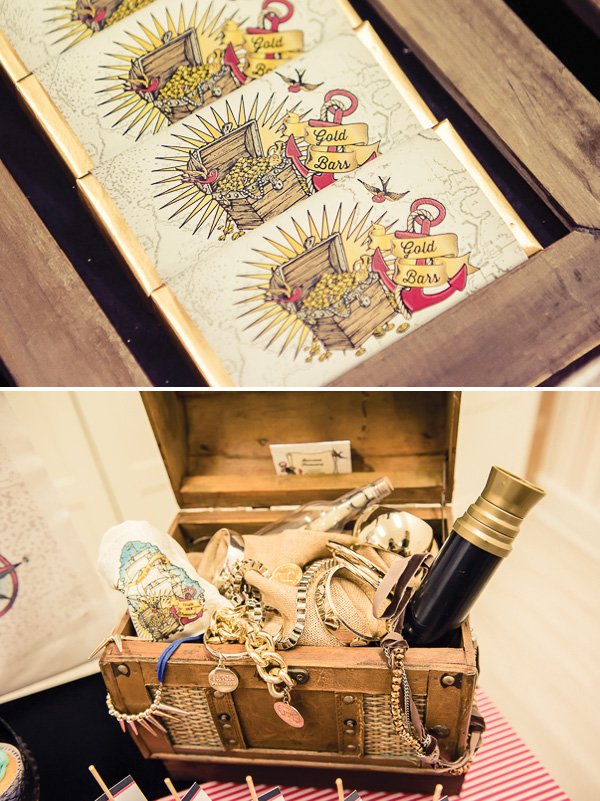 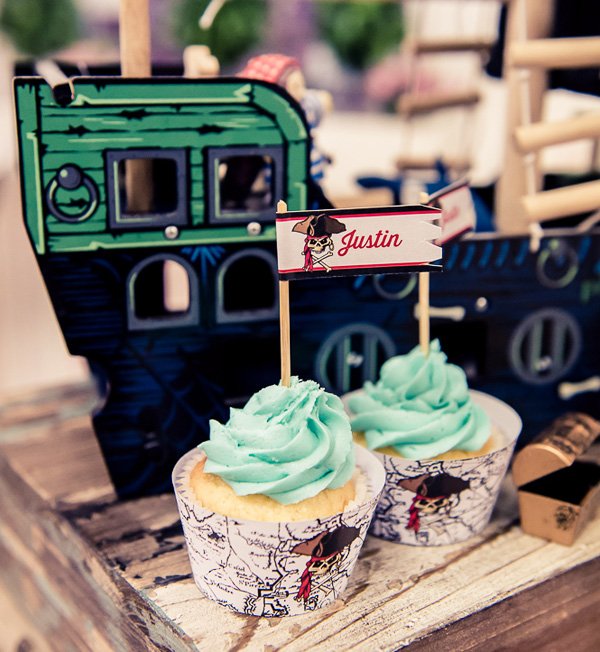 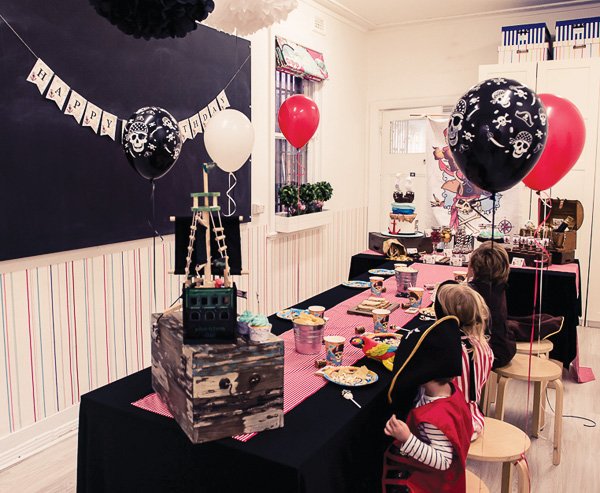 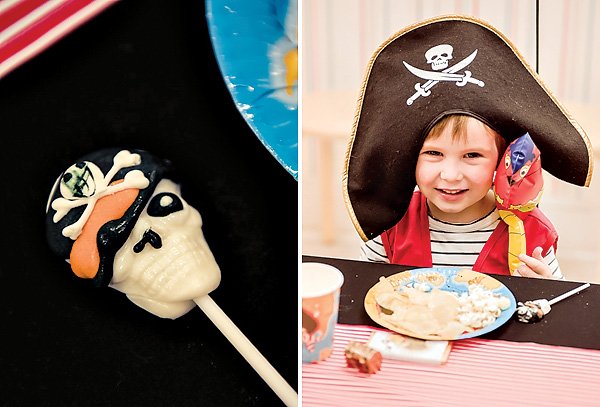 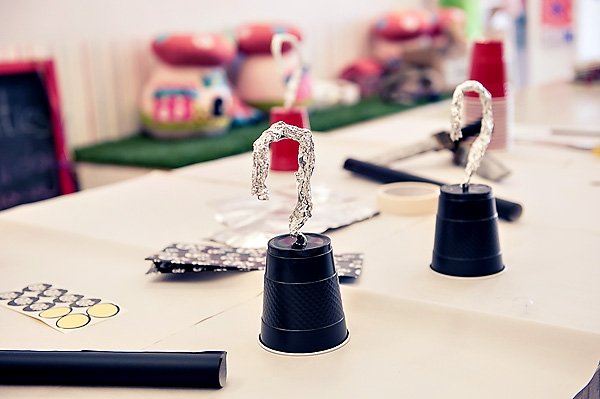 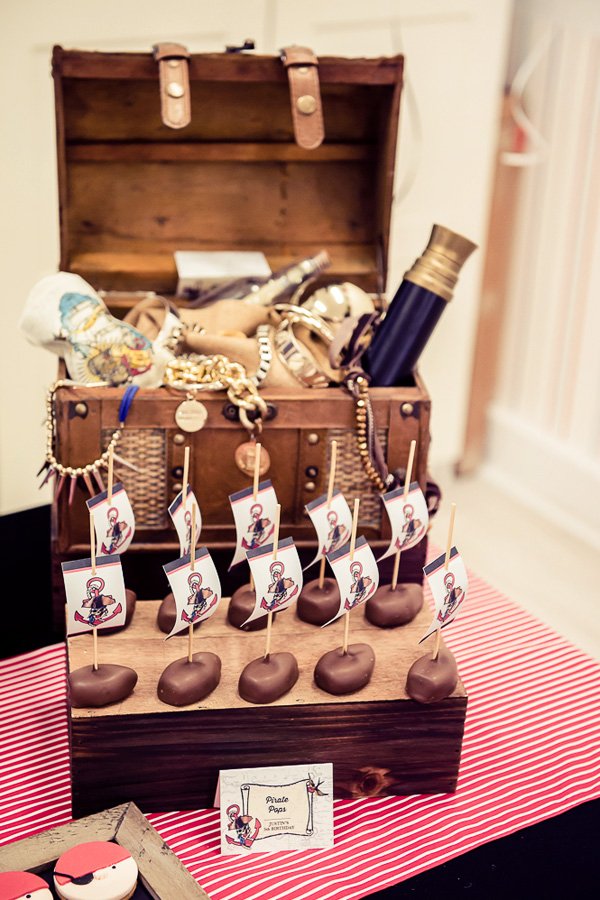 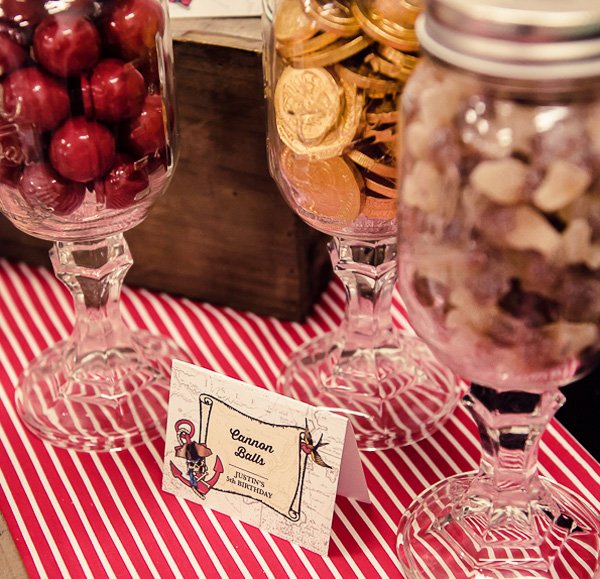 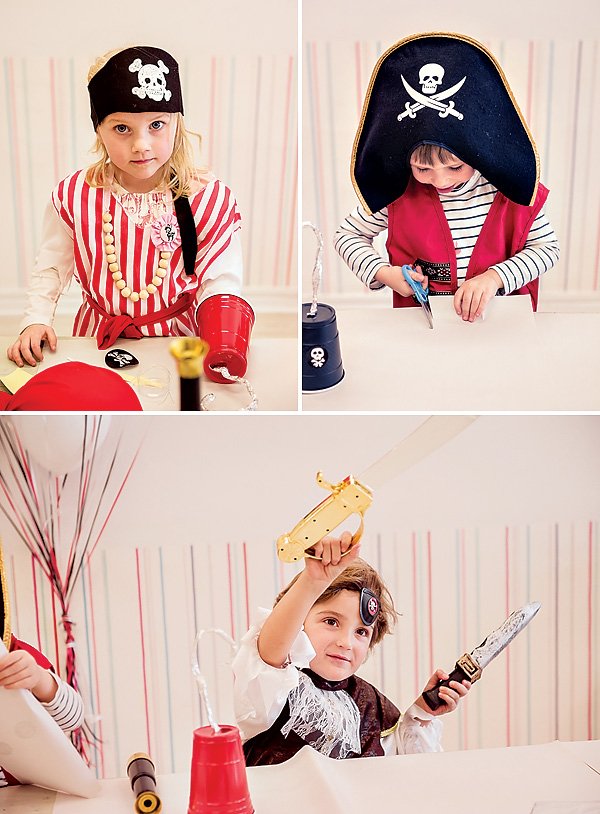 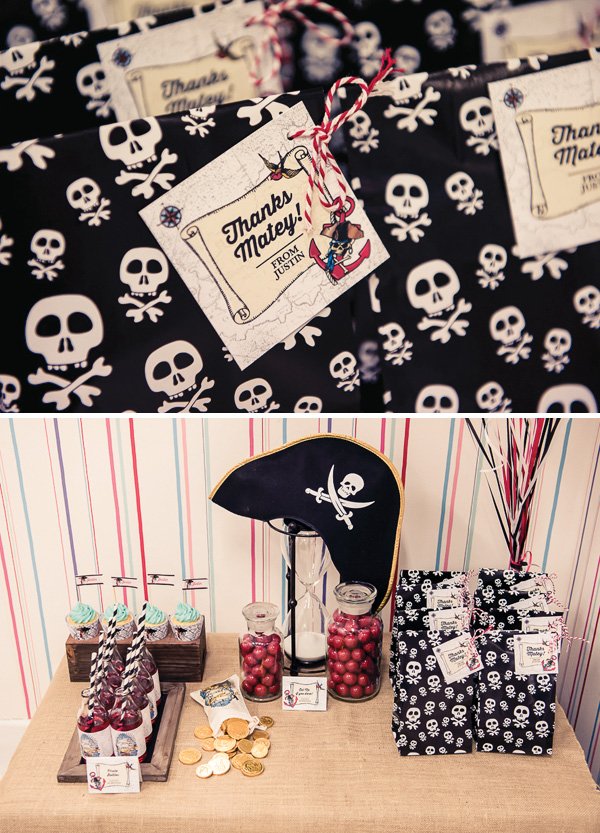 PARTY DETAILS, as told by Louisa…

Ahoy Maties and Arrr.. Me hearties, 5 year old Justin wanted to get all hands on deck and invite all his shipmates to a Pirate Party which was held at Petit Atelier here in Melbourne, Australia where they get to craft some Captain Hook pirate hooks and have some fun playing with pirate treasure and have delicious party treats.

Just Call Me Martha made the Pirate Ship cake which absolutely made the little pirates want to sail away. With a pirate ship on the top tier some waves and a pirate treasure map, it was a true buccaneer’s cake, she added some with little ship cake pops and pirate sugar cookies, Ham&Pea design&paperie made a canvas backdrop that was cleverly made into a ship sail with an fantastic octopus aboard, the invitations, the canvas treat bags and all the party paperie. We all had some fun styling this party and putting this together beautifully captured by Lee Bird Photography.